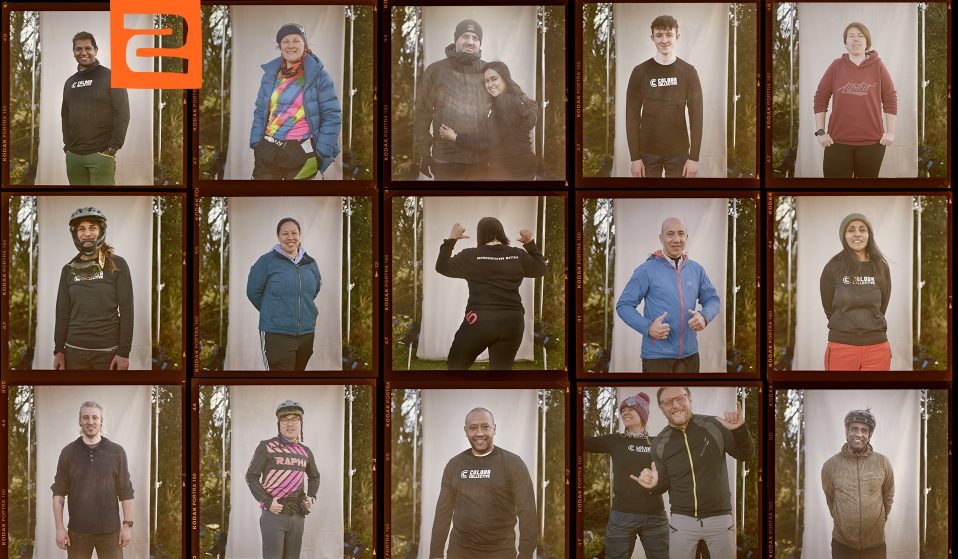 The mountain biking group discuss the importance of their recent ride-out – an event that saw them take to the Peak District trails in a bid to change the narrative surrounding the outdoors.

The mountain biking group discuss the importance of their recent ride-out – an event that saw them take to the Peak District trails in a bid to change the narrative surrounding the outdoors.

When it comes to the ongoing, centuries-old narrative around access to the outdoors, the Peak District occupies a particularly symbolic position. It was here, on Saint George’s Day in 1932, that Benny Rothman and folk singer Ewan MacColl led 400 or so local ramblers on the celebrated Kinder Trespass.

The participants were predominantly white working-class men, and they came from all over the North West. They met in Hayfield, from where they walked up to the Kinder Scout plateau. Their plan was to intentionally trespass on the Duke of Devonshire’s private land to assert their right of access. Atop the plateau, they clashed with the Duke’s gamekeepers before returning to Hayfield, where five men (including Rothman) were arrested and imprisoned.

These dramatics aside, the trespass is still celebrated 90 years later because it fundamentally reframed the issue of access to the outdoors. For the first time, a group of outsiders challenged the cultural assumptions of the traditional outdoor establishment – epitomised by the Duke, who mainly used the land for grouse-hunting – and slightly hysterical contemporary headlines, such as ‘Mob Rule On The Moors!’, that appeared in the aftermath. 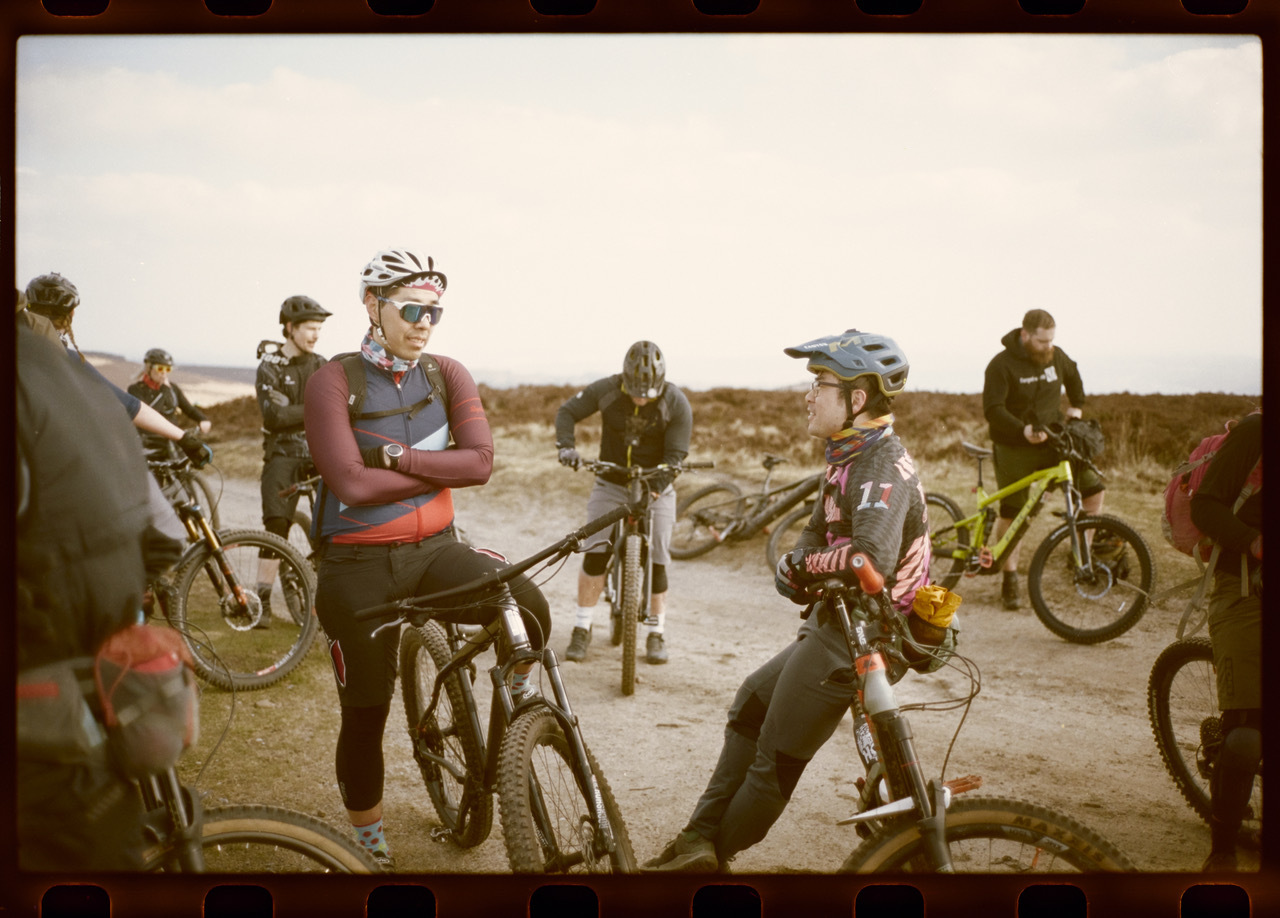 Today, the Kinder Trespass and its role in changing our perceptions of who our outdoor spaces are ‘for’ is part of accepted outdoor folklore. Yet, 90 years later, it’s clear that the work of opening up the outdoors for which the Trespass is so celebrated is only partially complete.

Certainly, subsequent generations of white kids from the area, like myself, benefited greatly. Growing up in Manchester, I spent my youth exploring what Paul Morley called ‘the beauty at the edges’ of the city. I unwittingly followed in the footsteps of those trespassing pioneers as I camped and cycled my way around places like Hayfield, Buxton and the Goyt Valley.

But looking back, I’m struck by how few non-white faces I encountered along the way, an anecdotal observation which a recent survey by the British National Parks Authority starkly confirms: they found that only 1 per cent of visitors identify as non-white, despite making up 14 per cent of the population. 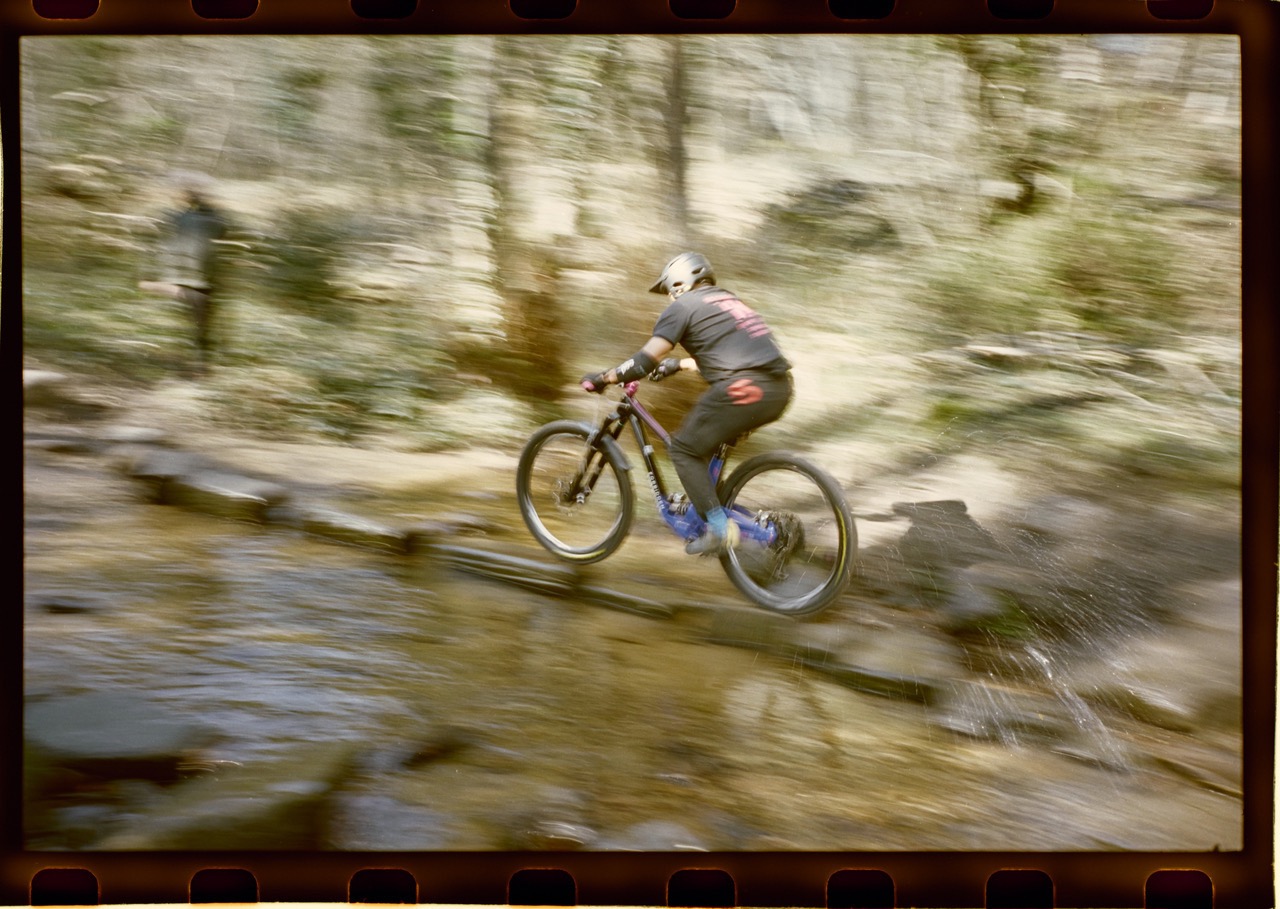 In specific sports like mountain biking, the issue is also acute. Take a recent survey by online mountain biking community Singletracks, which found that more than 90 per cent of its readers identified as white. Such context is why the work of groups such as the Colour Collective, Black Trail Runners and Muslim Hikers (all of whom seek to increase diversity in our outdoor spaces) is so important in the grand, convention-breaking tradition of the Kinder Trespass. For anybody with a basic understanding of the history of outdoor access in this country, the parallels are obvious.

Both movements faced ridicule and opprobrium from both the traditional and the outdoor establishment. Both movements share an extremely simple goal: making the outdoors a place for everybody, while dismantling the barriers to entry that stop this outcome from becoming a reality.

It is also why the recent Peak District rideout organised by the Colour Collective, a community group focused on celebrating the increasing participation of people from diverse ethnic backgrounds in mountain biking, has such resonance. Organised by Collective founders Phil Young, Aneela McKenna, Jo Shwe and Jasmin Patel, and supported by adidas FiveTen, Trash Free Trails and Ride Sheffield, the ride saw a group of diverse backgrounds and riding abilities take to the Peak District trails.

“It was lovely” says Patel. “I think there was about maybe 30 of us, a mixture of people who are involved with the Colour Collective, and a mixture of what I like to call ‘enthusiastic allies’ – people who want to support and be more involved”.

Aneela McKenna sees Colour Collective events like this as a modern way of reframing who the outdoors is ‘for,’ using arguments that the original organisers of the Trespass would surely recognise.“We want to see mountain biking become a more diverse and inclusive space that welcomes and benefits everybody. Because diversity does that, doesn’t it? It is beneficial for everybody.”

Addressing this obvious lack of diversity is one key aspect of the Collective’s work. But the Colour Collective are careful to link this goal with the undeniable benefits of time spent outdoors, and the transformative effect this has at both the individual and community level.

Phil Young’s own story is emblematic of the life-changing power of the outdoors. A lifelong snowboarder, cyclist, runner and mountain biker, he’s enjoyed “a lifetime of mental and physically-enriching experiences” as a result. But, as he acknowledges, he was an outlier in a community that, culturally, does not view these places as a place for them. 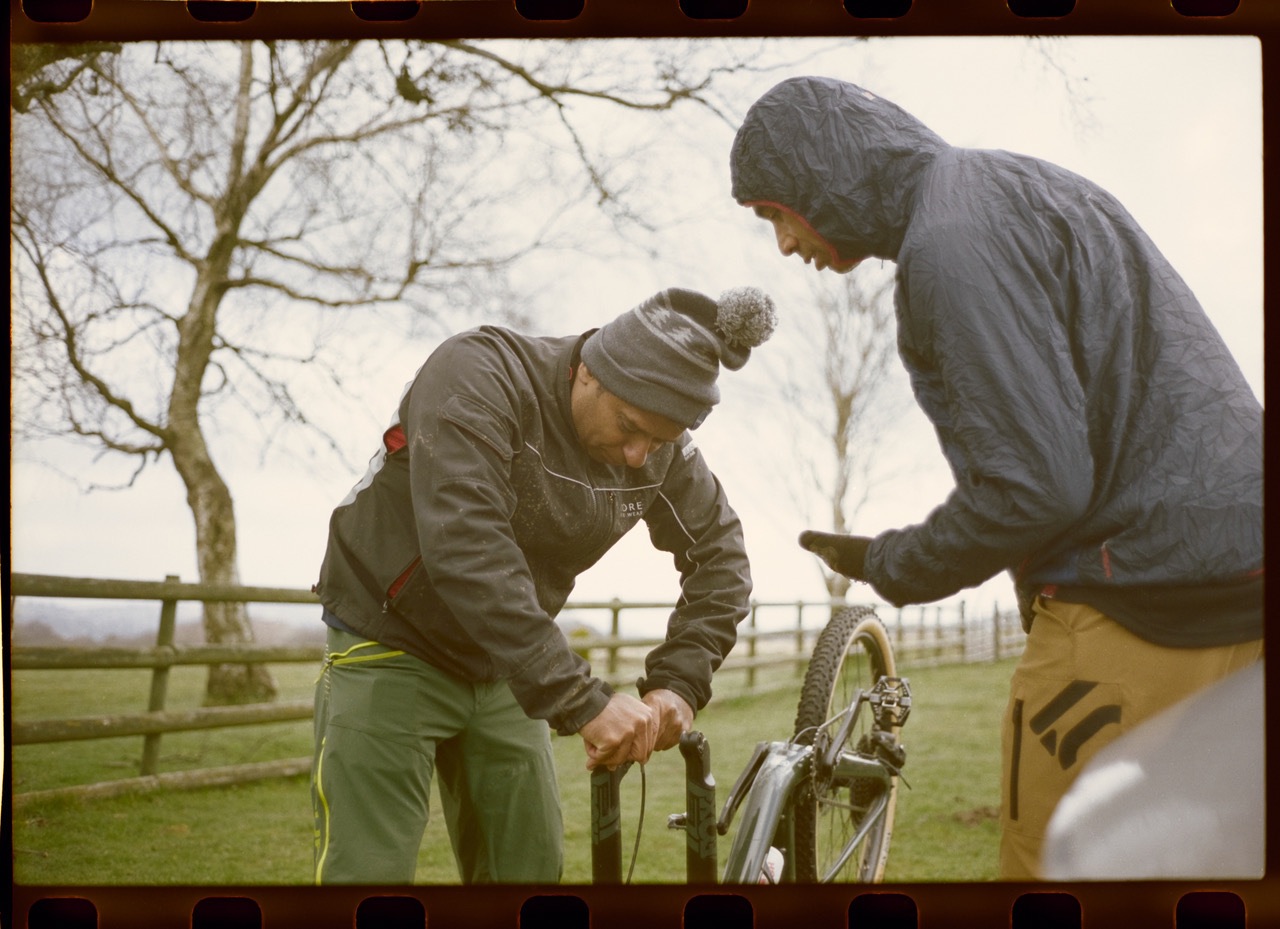 “I’ve taken Black people mountain biking for the first time and they’ve turned to me and gone, ‘Holy shit, this is what they’re designed for! This is what you use a mountain bike for ’it, Phil?’ he says. “I’m like ‘Well, yeah the clue is in the title.’ But people live in environments where all they see are concrete, and the only sports they experience are the ones they’re taught at school. They don’t even realise that the things the outdoor community take for granted exist. I feel as though there are thousands of people who are missing the opportunity of making their lives better through experiencing these outdoor activities themselves. And that’s a real shame.”

For Young, the point of the group’s Peak District rideout is to invite people into ‘the club’, in a way that communities of colour can understand and feel comfortable with. Arguments such as this, of course, are usually met with that old ‘Well, nobody’s stopping them’ canard. But as McKenna points out, a wide range of sociological and economic reasons are halting certain communities from taking their place on the trails.

“People do make the assumption that activities such as mountain biking or climbing are accessible,” she explains. “But that isn’t the case for everybody. Think about that whole ‘outside is free’ hashtag – it’s not free, because there are many barriers such as affordability and accessibility. The fact is we live in a society where certain members are more privileged than others. If you grow up with it, or your family do it, it’s much easier. Whereas if you don’t have the privilege in the first place, you don’t see yourself in it. You don’t feel part of it, and you don’t feel welcome. It’s then obviously going to be harder to access.” 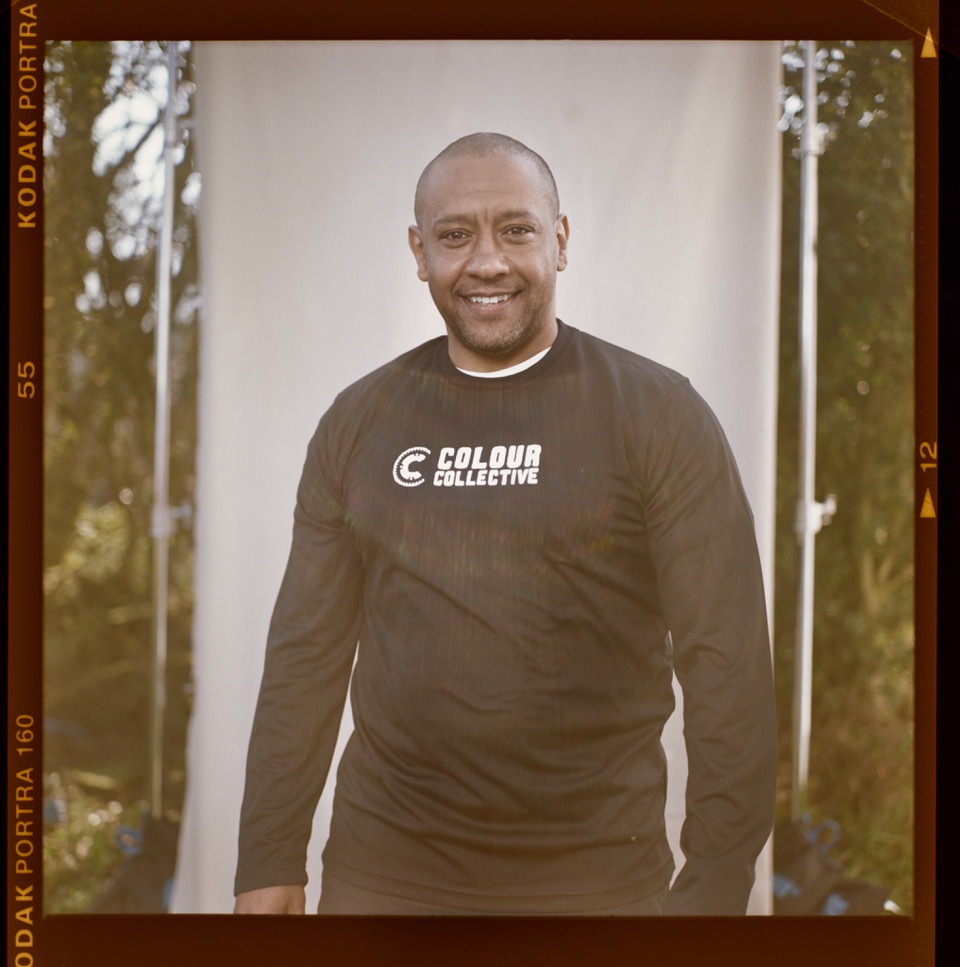 Patel’s own story proves this point perfectly. Her dad arrived in Britain from India at the age of ten. For him, sport was a chance to meet people, and he passed that mindset onto his children. “I’ve got two big brothers, and we were encouraged to do sports from an early age,” she explains. “So we didn’t really have the cultural barrier that I think many people from non-white backgrounds do. It was normal for us. So yes, I think it does prove the point about the importance of access and visibility. That stuff is normal for white families. We were very much the exception.”

Addressing these issues at source is a key part of the collective’s ethos. They have partnered with British Cycling to train up more leaders to spread the word at the community level, and are organising sessions to introduce mountain biking to more people from minority ethnic backgrounds. But, as Young explains, the symbolism of a group such as the Colour Collective is as important as any grassroots manifesto.

“Ultimately, the collective exists to show people they can come into this space with safety. We’re a signpost for people to say, ‘Hey, come with us and experience this.’ That’s why the idea of a collective is important. It’s a community through which we can share our experiences and pass them on to other generations, in the same way the current outdoor community does. That’s why this ride was so important and so fun. We just celebrated riding together. People bonded and made connections. And that sharing of experience and knowledge will make it even better in the future.” 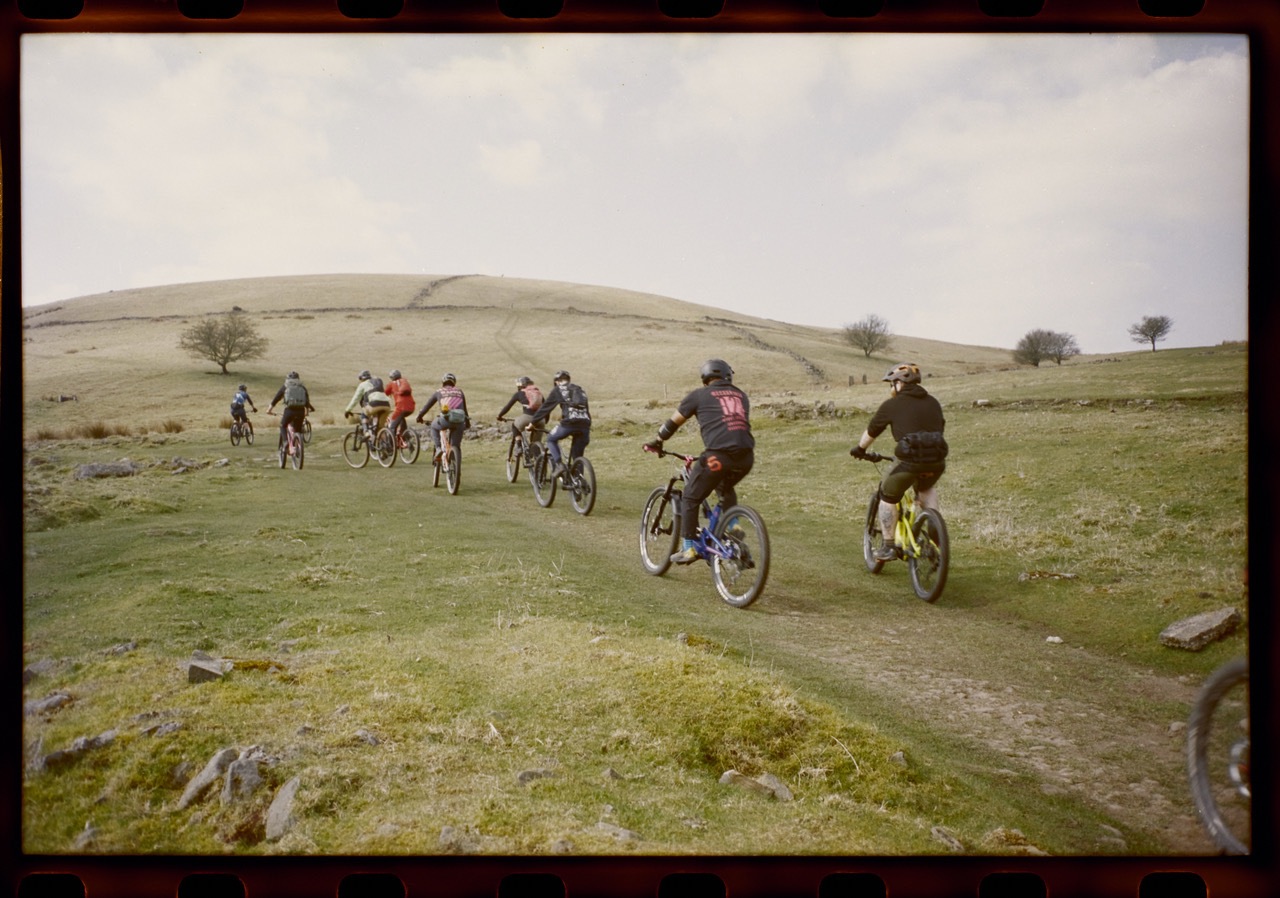 Linkedin
RELATED ARTICLES
OTHER ARTICLES
Last week, Tower Hamlets council removed its nudity-restricting licensing conditions in a huge win for London’s kink community.
Ahead of the release of his new album, the producer reflects on his battle with drug use, getting into painting and what Madonna taught him.
Photographer Bud Glick recounts documenting everyday life in the area, and what it taught him about the Chinese immigrant experience.
A series of photos by the late Jerry Dantzic taken in 1957 show a tender side to the iconic Jazz musician.
As the Criminal Bar Association enters its fifth week of action, criminal barrister Russel Fraser explains why the legal professionals have walked out and how action is likely to escalate.
After rewriting the indie rulebook with her devastating songs about romantic longing, the singer-songwriter is now imagining a future in which the artist is no longer a product.