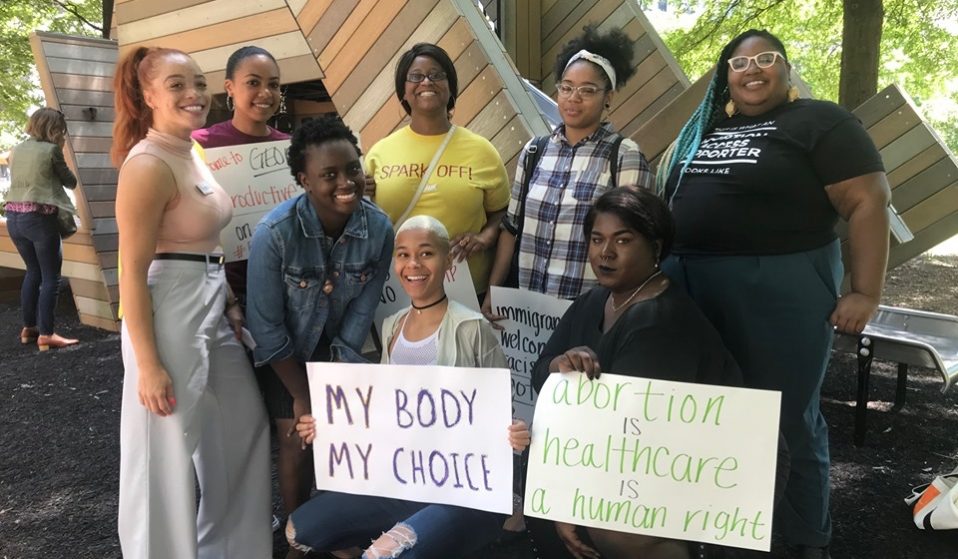 ‘Abortion bans are racist and unjust, and the burden falls hardest on women of colour, rural communities, and low-income people. Our bodies and lives are not political pawns.’

‘Abortion bans are racist and unjust, and the burden falls hardest on women of colour, rural communities, and low-income people. Our bodies and lives are not political pawns.’

Last month, US actor and comedian Tiffany Haddish – following in the footsteps of other Hollywood stars – postponed an upcoming show in Atlanta, Georgia over the state’s abortion ban. “I need to stand with women and until they withdraw Measure HB481, I cannot in good faith perform there,” she said in a statement to CNN.

Measure HB481, otherwise known as the “heartbeat bill”, refers to the controversial law signed by Republican governor Brian Kemp in May this year. Taking effect in Georgia on January 1, 2020, the bill would ban abortion at the detection of fetal cardiac activity – which can be as early as six weeks, before many women know they are pregnant.

In 2019, nine US states have passed laws which either ban or restrict abortion access, threatening the precedent set by Roe v. Wade in 1973, which affirmed that access to safe and legal abortion is a constitutional right. According to Planned Parenthood, overturning the Roe v. Wade ruling would put more than 25 million women at risk of losing access to abortion.

“Abortion bans are racist and unjust, and the burden falls hardest on women of colour, rural communities, and low-income people,” offers Quita Tinsley, deputy director of Access Reproductive Care (ARC) – Southeast, an Atlanta-based abortion support organisation. “These types of restrictions not only impact our communities, but create a culture that shames and stigmatises pregnant people. Our bodies and lives are not political pawns. And yet, here we are in 2019, having to prove that we deserve to be treated with dignity and respect.” 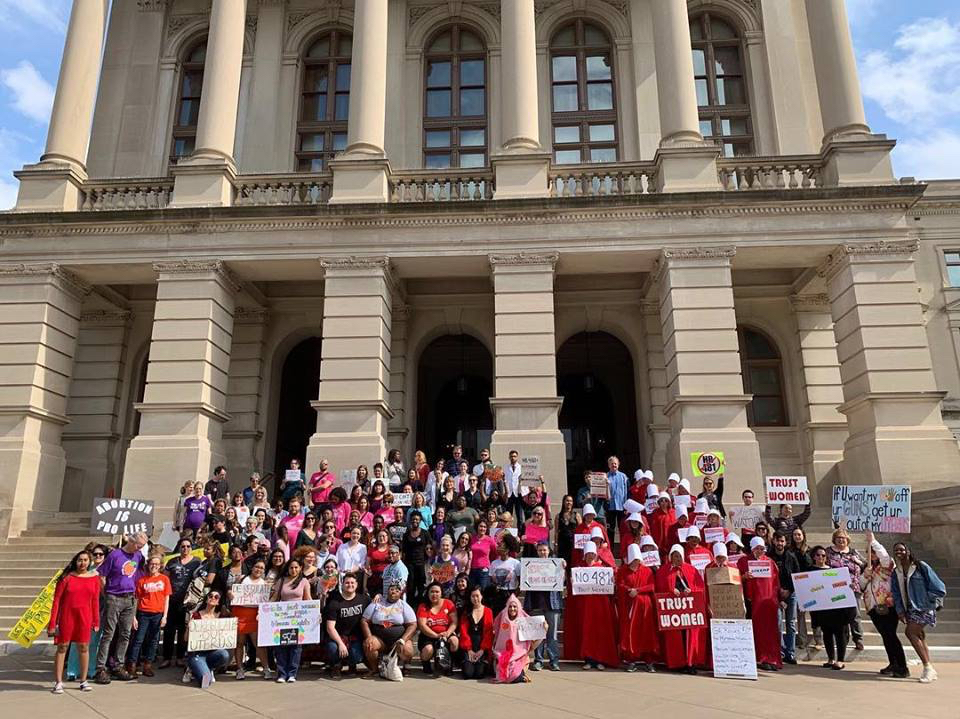 Kemp’s bill has drawn widespread opposition from the Hollywood film industry – and beyond – with stars including Laverne Cox, Amy Schumer, Brie Larson, and many more, calling for a state boycott. In recent years, Georgia has overtaken California as the top filming destination in the US, hosting productions such as Black Panther, Stranger Things and The Walking Dead. Celebrities are now urging TV and production companies to abandon their filming.

For Tinsley, the boycotts do more harm than good: “calls for boycotts might grab media attention, but they do little to sway the mind of the politicians that push these dangerous policies. They cause harm to Georgia workers, families, and our local economy”. Instead of boycotting, Tinsley urges people to support “organisers, lawyers, abortion providers, and support organisations that are working to ensure that the people of Georgia can get the abortion care they need”.

ARC-Southeast is one such organisation. Based in Atlanta, it provides financial and practical support – from lifts to appointments, travel and accommodation – to women seeking abortion in Georgia, and throughout the Southeast. ARC is a member of the Georgia Reproductive Health, Rights, and Justice Coalition, which is comprised of 12 organisations that do work around reproductive health rights and justice across the state of Georgia and nationally. 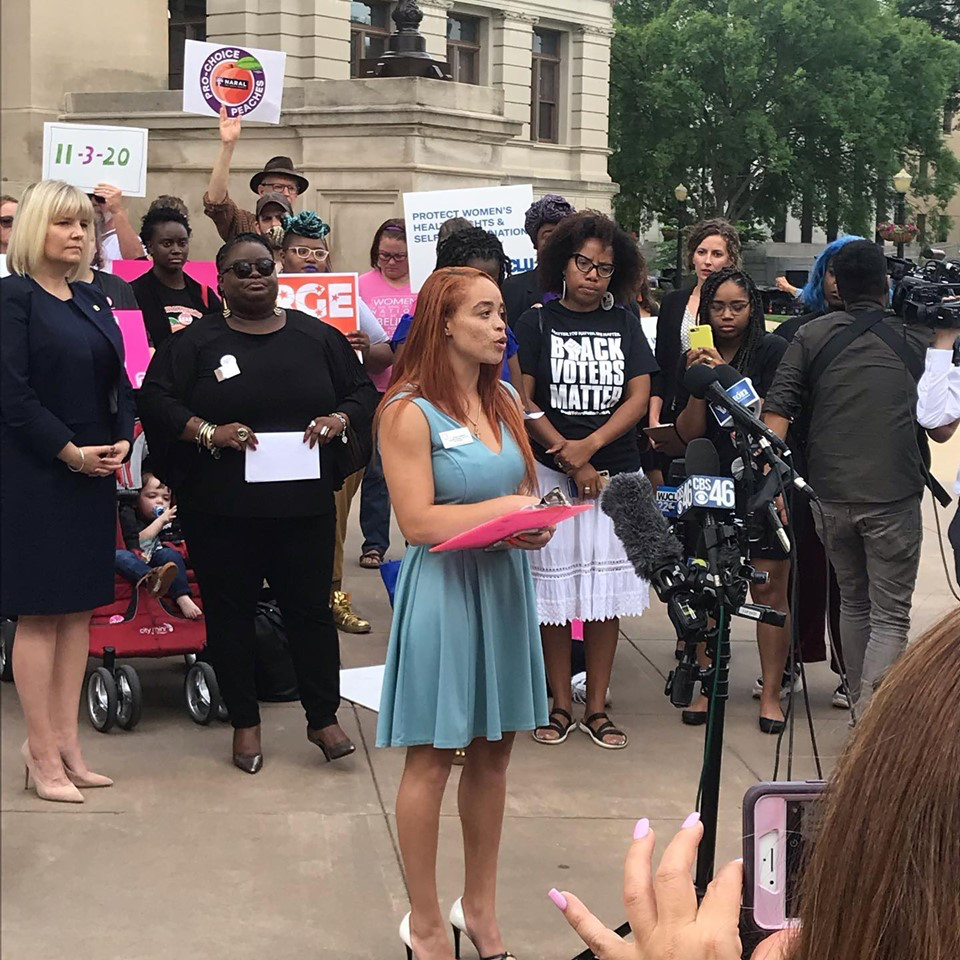 During the event, each of these 12 individual organisations set about explaining the vital work they do in the fight for reproductive justice. Among these groups were the Feminist Women’s Health Centre, an independent abortion provider; NARAL Pro-Choice Georgia, the grassroots advocacy organisation; the ACLU of Georgia, SisterSong, formed by the same women who created the reproductive justice framework; and SPARK Reproductive Justice Now.

“We’re really grateful that everybody decided to show up and wants to make their voices heard in this fight,” said Anna Theodore from the National Asian Pacific American Women’s Forum (NAPAWF). “We wanted to introduce you to the folks who do this work on the ground: it’s been primarily queer and femme POC. It’s been gender non-conforming people. It’s been a ton of folks in the Atlanta area that have really been pushing this fight against abortion restrictions here in Georgia”.

Theodore continued: “There’s been such national attention against the abortion restrictions that are being issued across the country… even though this gets attention from celebrities and Hollywood, the real people who are suffering and have to fight and resist these things are regular, working-class WOC.”

The Atlanta event was a chance for pro-choice activists, supporters and educators to share their knowledge, support and ideas in the continued fight against the abortion restrictions. Tinsley urged support for local abortion funds on the ground in states banning abortion and listening to any organisers on the ground who are leading this fight: “One great way to join the fight for abortion access is by donating to your local abortion fund and independent abortion providers”. 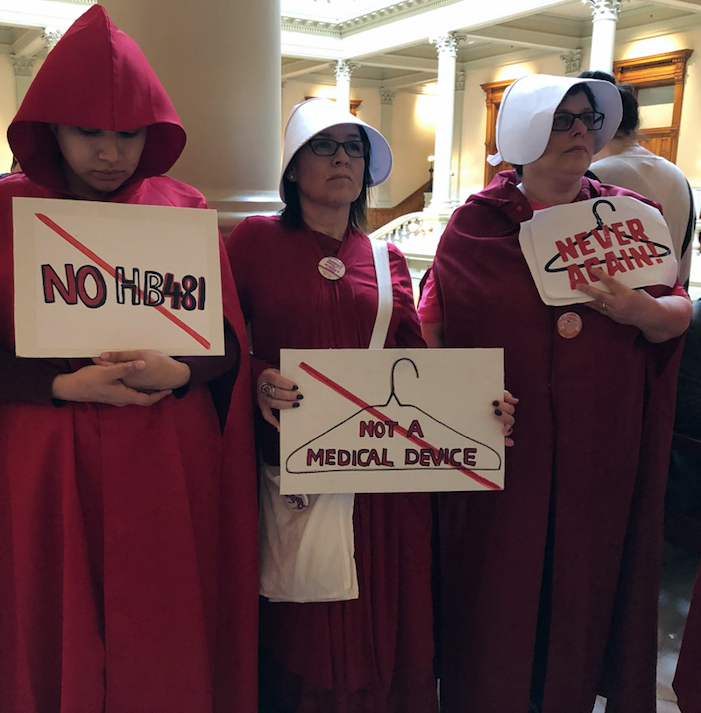 Photo by ACLU of Georgia

Michelle N. Wilson, program manager with Women Engaged, said: “In this conversation around national abortion bans, we really wanted to create community and build community power. We’re really trying to bring everyone back on the same page so we can continue to move this fight forward as we continue to not only talk about abortion rights, but also housing access, economic justice, environmental justice, dismantling racism… all of these various things that connect that how people can access abortions”.

“Southern synergy and collective power are two very important values of our organisation,” added Tinsley. “No one organisation can do this critical work alone. It is important for us to support our partners and show up for reproductive justice and abortion care however we can.”

The fight is far from over. “If Gov. Kemp signs this abortion ban bill into law, the ACLU has one message: we will see you in court,” Andrea Young, Executive Director of the ACLU of Georgia, announced in a statement last month. The ACLU and Planned Parenthood have already filed a lawsuit seeking to overturn the Alabama law – one of the most restrictive so far – that would make performing an abortion at any stage of pregnancy a felony punishable by up to 99 years or life in prison for the abortion provider.

In the meantime, Tinsley says that the ARC-Southeast will continue doing what they have always done. “Funding abortion and supporting those across the South who need care,” she says. “We will not stop speaking out and fighting against these continued attacks on our bodies and our lives.” 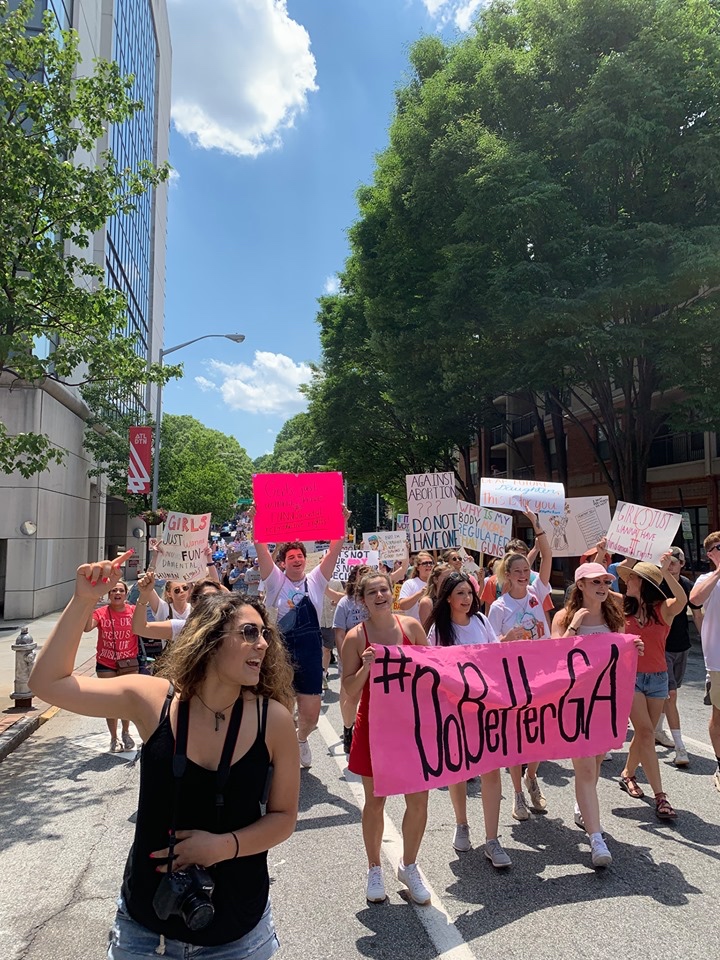 Photo by ACLU of Georgia

Linkedin
RELATED ARTICLES
OTHER ARTICLES
A group of young Palestinians have found temporary freedom in the act of parkour, reimagining wreckage and ruins as a series of high-octane playgrounds.
Financial turmoil is pushing people who work in the sex industry into more dangerous and desperate situations as a means of survival.
Thousands attended the annual event this year to wheelie through the city and call for ‘knives down, bikes up’.
For over a decade, gamblers have won big by employing people to place live bets from the court. But does this dubious method still work?
In his 2008 series, the photographer pictured himself as Angela Davis, Martin Luther King Jr., Malcolm X, and other prominent figures.
Yesterday thousands gathered outside Buckingham Palace after news of the Queen’s death broke.