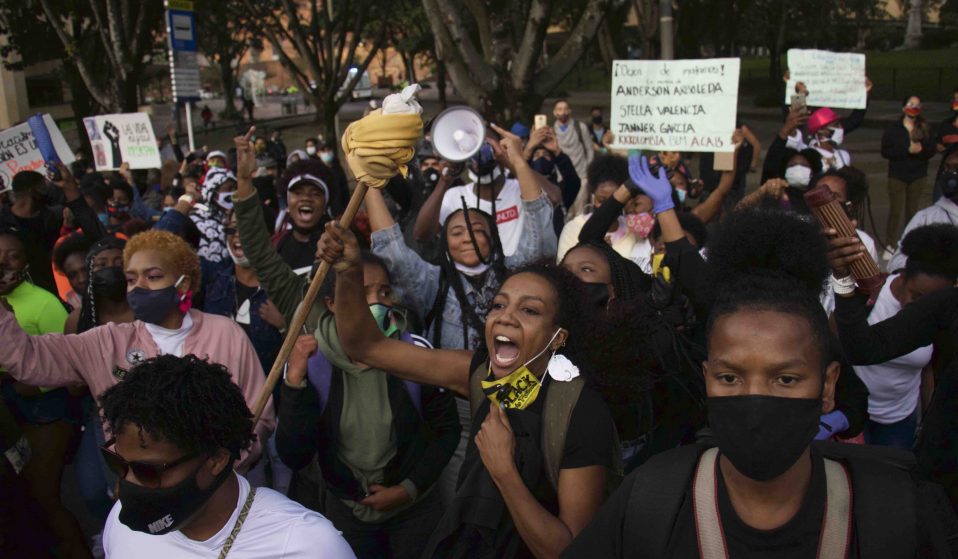 With Afro-Colombians facing multiple threats of violence, the need for a Black rights movement that captures the nation’s attention is more urgent than ever.

With Afro-Colombians facing multiple threats of violence, the need for a national Black rights movement is more urgent than ever.

In downtown Bogotá, Colombia, a young Black man stares off a line of police with a megaphone in hand. Behind him, a crowd of protesters thumps on Afro-Colombian drums and ignites handmade torches that glow red. Through the megaphone, he sings: “Imagine the sadness that the father felt when the police killed his son! They killed his dreams, caramba!”

The chorus echoes the Black Lives Matters chants that have rung at anti-racism protests in cities around the world over the last few months. Thousands have marched against a string of police brutality cases in the US that ended the lives of George Floyd and Breonna Taylor, amongst others. In Colombia, the call for an end to anti-Black violence has resonated, with Afro-Colombian activists now speaking out against police brutality and structural racism.

There have been a number of protests around the country this summer. On the afternoon of June 15, mostly young Black protesters took to the streets of Colombia’s capital – singing, dancing, and beating on alegre and jembe drums – to condemn the death of Anderson Arboleda, a Black 24-year-old who was killed by police in Puerto Tejada when he allegedly broke the pandemic curfew. More injustices are coming to light over a month later, with Black and Indigenous leaders still marching.

“We feel police harassment all the time,” says Felipe Granja, a 26-year-old activist and member of the organisation Processes of Black Communities. “The police structure, not only in the US but throughout Latin America and the world, responds to certain phenotypes. A Black person is always seen as suspicious.”

Originally from the rural town of Guachené, Granja says he has had police stop him without cause in Bogotá. Although there is little research on the subject of racial profiling, one study concluded that Black Colombians were 14.25 per cent more likely to be fined than whites or mestizos (people of mixed Indigenous and white race) in various Bogotá neighbourhoods. 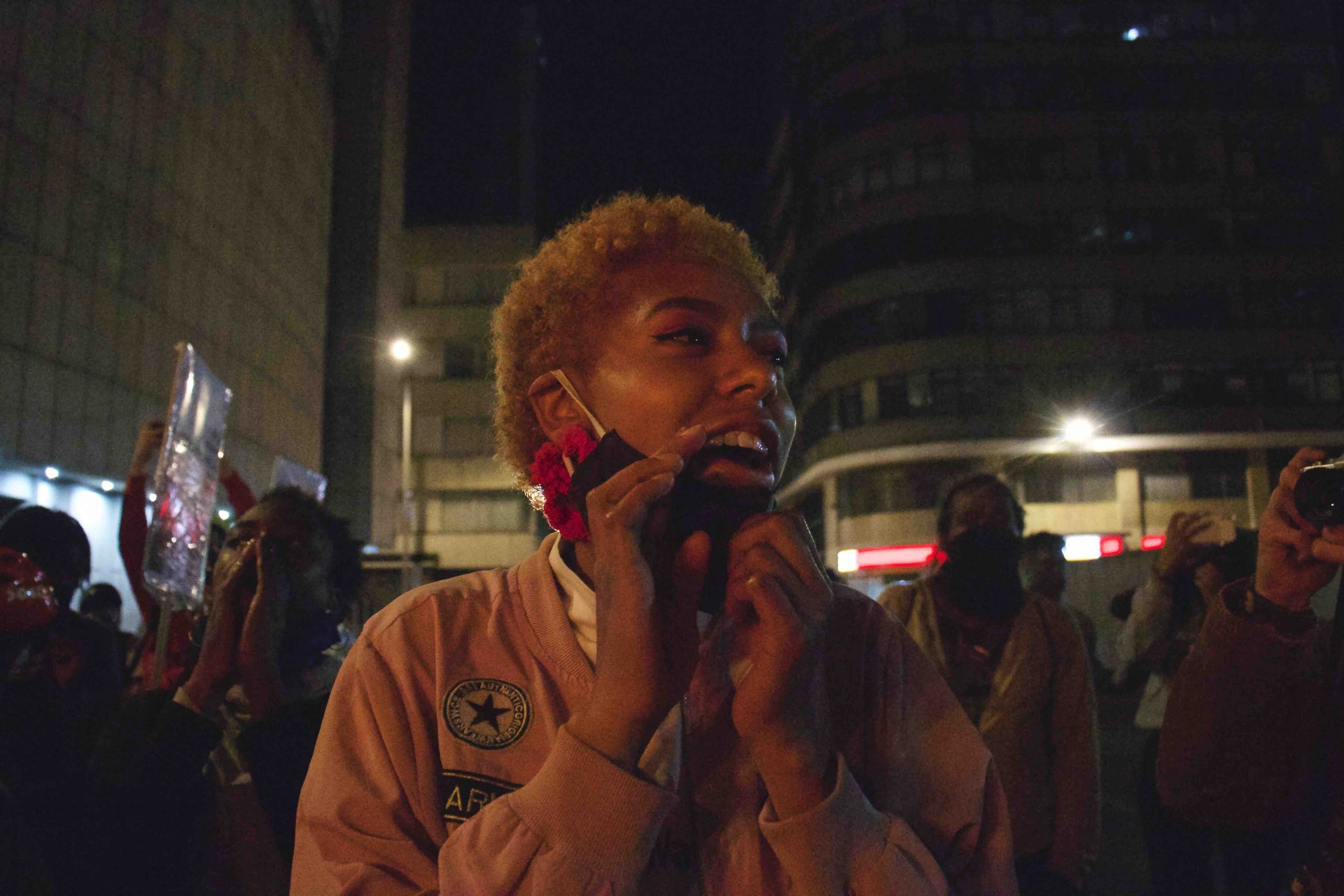 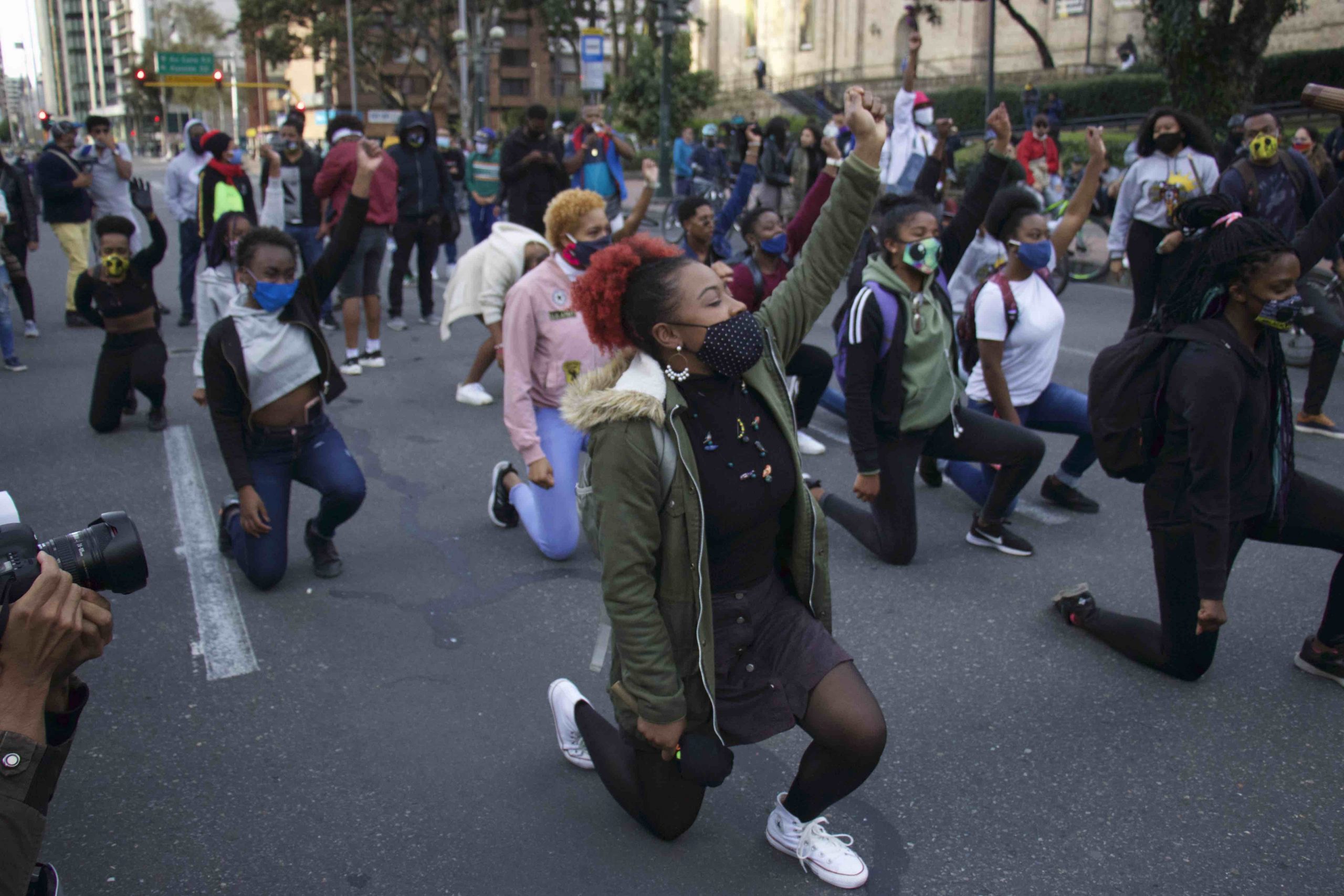 While Floyd’s death quickly made national headlines in Colombia, only local outlets reported on Anderson’s death initially. For some Afro-Colombians, the silence reflected the country’s long-standing refusal to reckon with its own racism. It also proved that, despite Colombia having the second-largest Black population in Latin America, the needs and concerns of Afro-Colombian communities remain ignored.

“Racism is when police murder a young Black man in Puerto Tejada supposedly for failing to comply with the quarantine and this isn’t reported by big media outlets. Is this not enough to outrage a country?” wrote Gloria “Goyo” Martínez, the front singer and rapper of the popular Afro-Colombian hip hop group Chocquibtown, on Twitter.

The reality of racial bias in policing, employment, and educational opportunities seems to be widely acknowledged among Black Colombians, yet the issue of race has historically been downplayed in the national discourse. In 1984, the government claimed that Afro-Colombian communities enjoy the same economic and social opportunities as others because Colombia is a multiracial country. The government continued to support this claim until 1998, when it finally acknowledged that systemic racial discrimination exists.

A swell of proposals, typically led by grassroots movements, has attempted to correct this problem. One law passed in 2011 created penalties for people who discriminate on the basis of race, gender, class, political ideology, and other identities. But Luis Olave, a Black political scientist and human rights activist who authored the bill, said the law has been difficult to enforce when it comes to cases of racism.

“We’ve presented cases [of alleged racial discrimination] to the Attorney General’s Office, and they refuse to acknowledge that it’s racism,” says Olave. “They’ll say, ‘They didn’t beat you on the street because you’re Black’ and then make up any excuse as to why it happened. They don’t want to acknowledge racism, but it exists.” 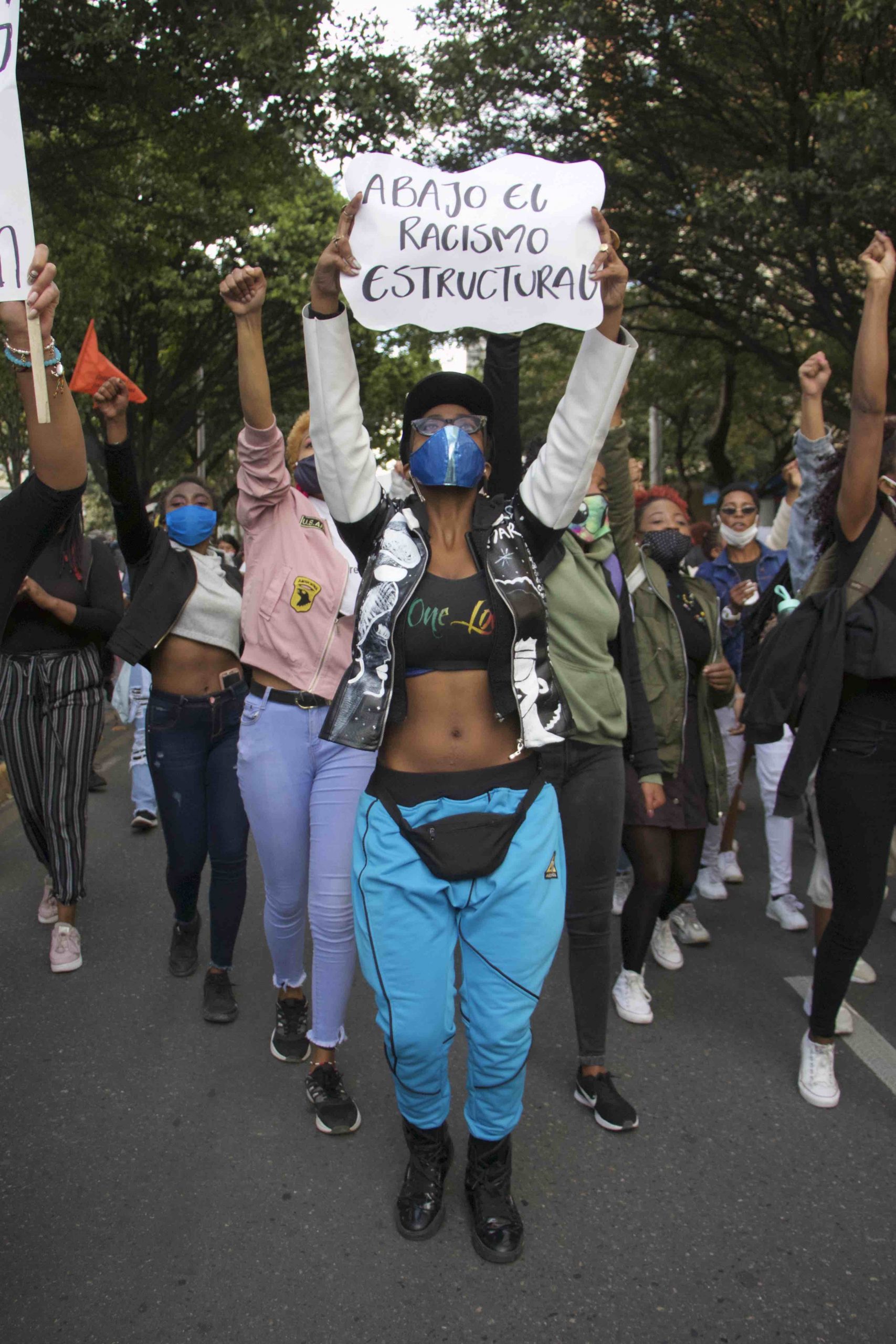 While the anti-racism struggle isn’t new to Colombia, the international Black Lives Matter movement has helped to revive nationwide conversations that centre the Black experience. Protests against police brutality popped up last month in cities like Bogotá, Cali, Medellín, and Buenaventura. Olave sent Congress a petition to replace statues of Christopher Columbus and other racist figures with historical Black and Indigenous leaders as a form of reparations. Activists online have used their social media platforms to educate people on the issue of structural racism.

While people have focused on justice for Arboleda, Afro-Colombian activists have also drawn parallels between police brutality in the US and the systemic violence that targets Black community leaders in Colombia. Since a peace deal ended the country’s 52-year-old armed conflict in 2016, hundreds of social leaders, mainly in rural areas, have been assassinated by armed actors. Many of those killed have been Black leaders. (Earlier this month, a “March for Dignity” was held through Bogotá, with Black and indigenous leaders travelling almost 600 kilometres to demand stronger protective measures for activists threatened by illegal armed actors).

Violence has also taken the form of state neglect in Colombia. This has become more even more evident during the pandemic as Black regions of the country such as the Pacific Coast buckle under the pressures of mounting COVID-19 cases. With few hospitals and an underfunded public health system, Buenaventura, a port city where almost 90 per cent of the population is Black, has come to have the highest COVID-19 mortality rate in the country.

As Afro-Colombians face violence on various fronts, the need for a Black rights movement that captures the nation’s attention just as the US’s Black Lives Matter uprisings have is urgent. For many activists who have spurred the movement on for decades, the question remains on how to keep recent momentum alive.

“The issue in Colombia is people see this as a trend and not a life struggle,” said Olave. “We need to wake up.” 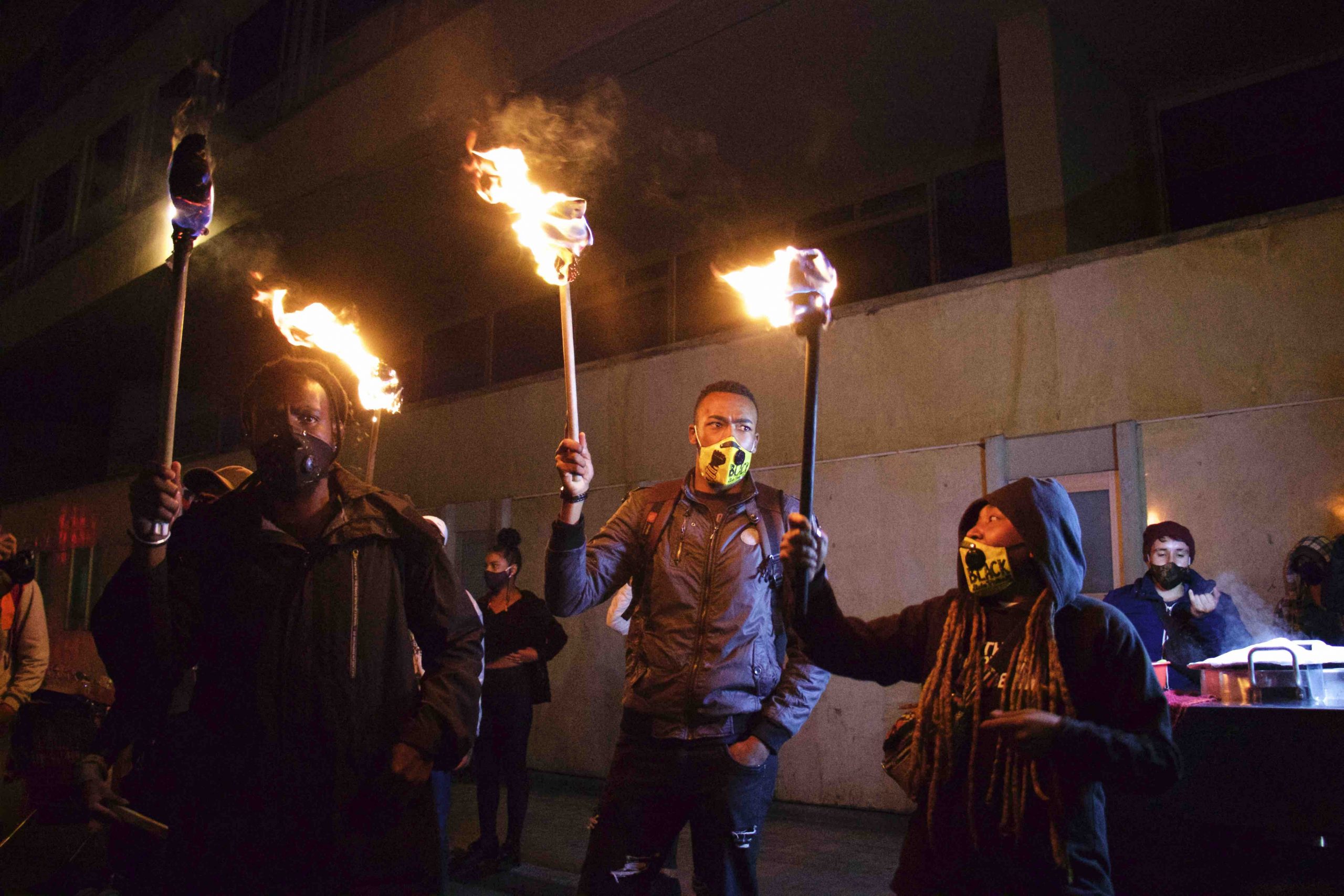 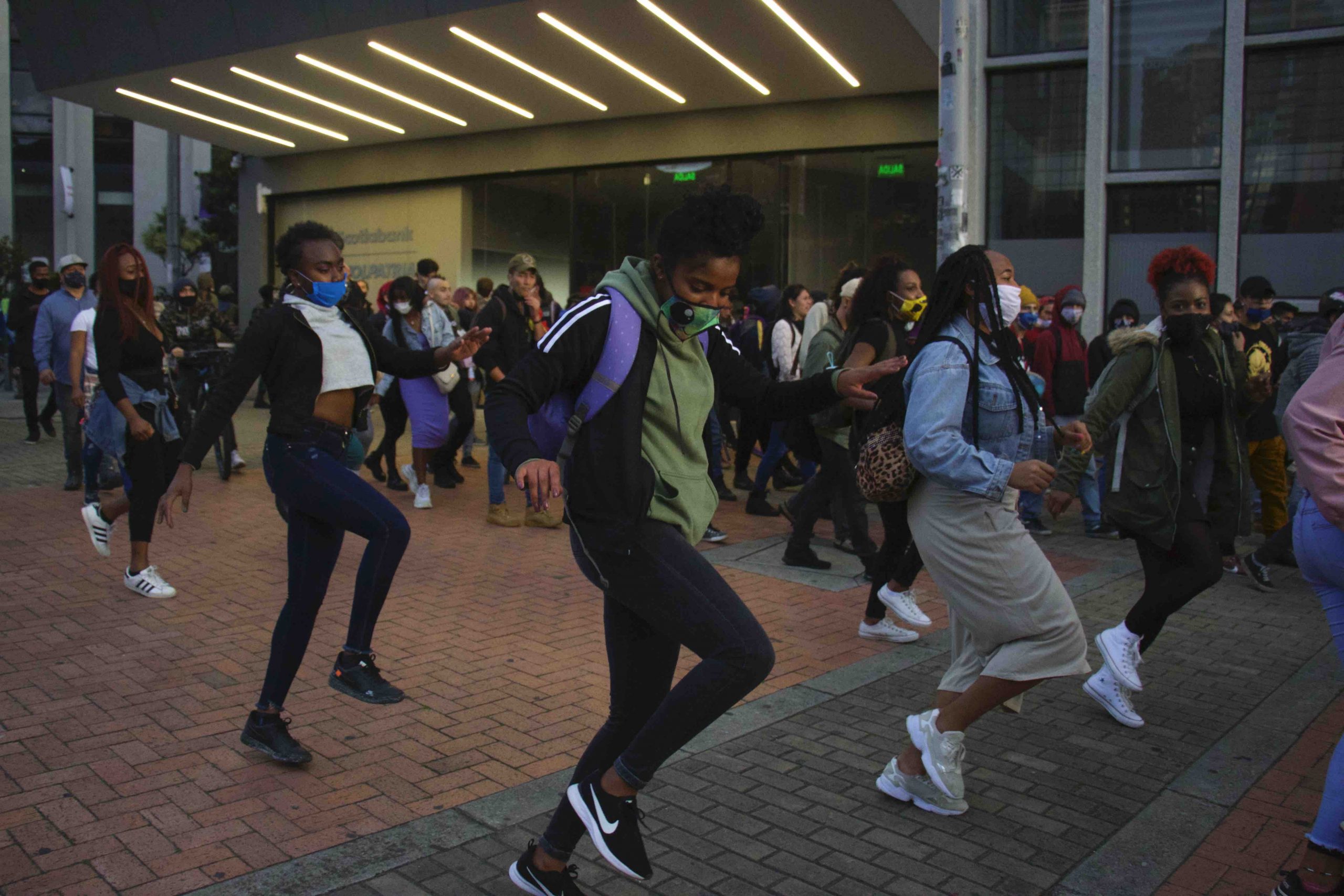 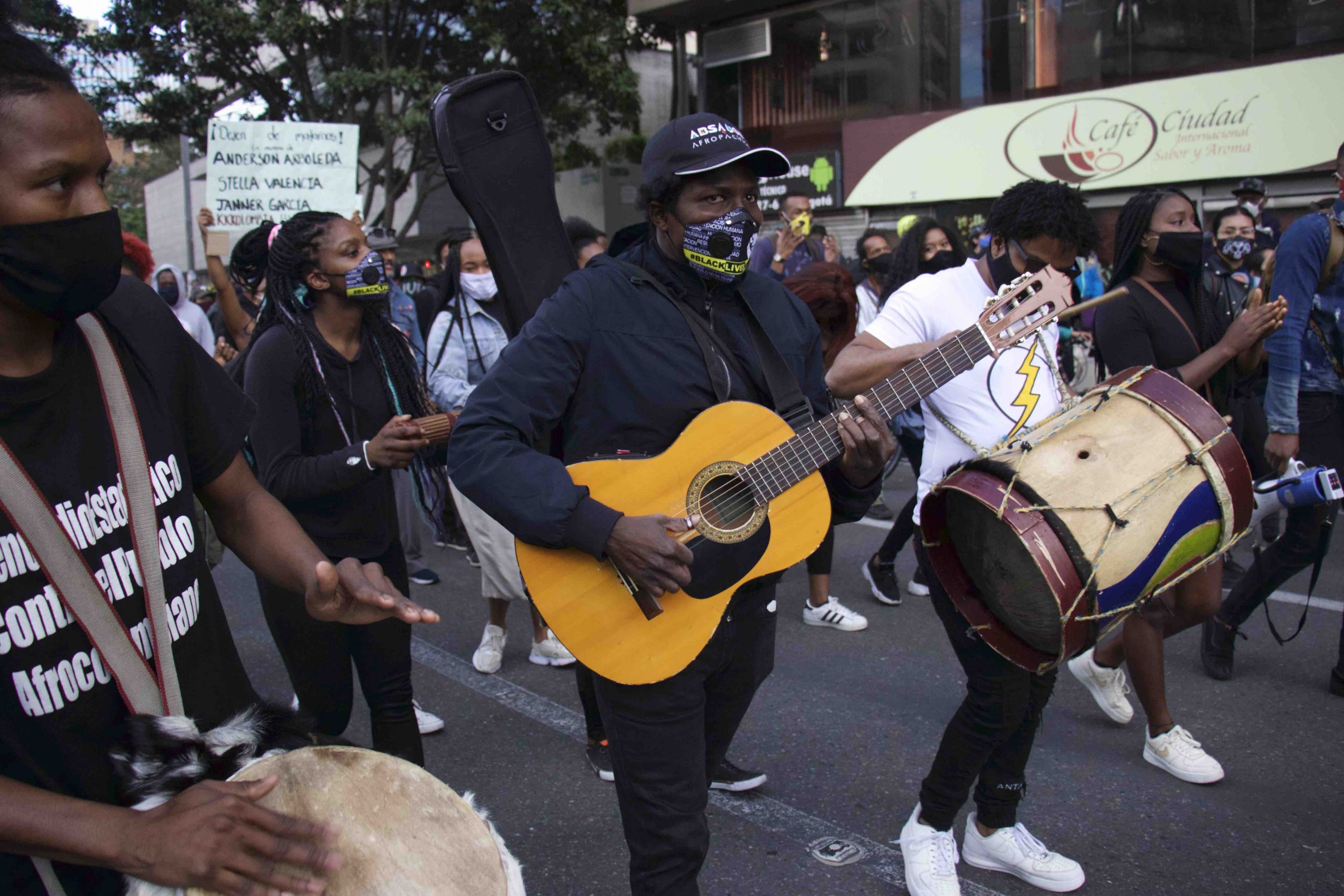 Linkedin
RELATED ARTICLES
OTHER ARTICLES
The revered showbiz chronicler recalls his journalistic beginnings, documenting subcultural scraps in the ’80s.
After news broke last week around an expected reversal of the 1973 landmark law that made abortion legal in the US, protestors gathered in the UK in support of American women.
Over the weekend, London locals came together to resist a pre-planned police raid targeting delivery drivers.
A group of Ukrainians living in Poland are helping Ukraine withstand Russia’s brutal invasion by buying supplies and shipping them directly to the war’s frontlines.
The photographer recalls working with some of the biggest names in the business – from Salt-N-Pepa to the Sex Pistol – at a time when music magazines played a powerful role in shaping the scene.
Photographer Phyllis Christopher recalls capturing sex and protest at a time when the city had become a haven for the queer community.