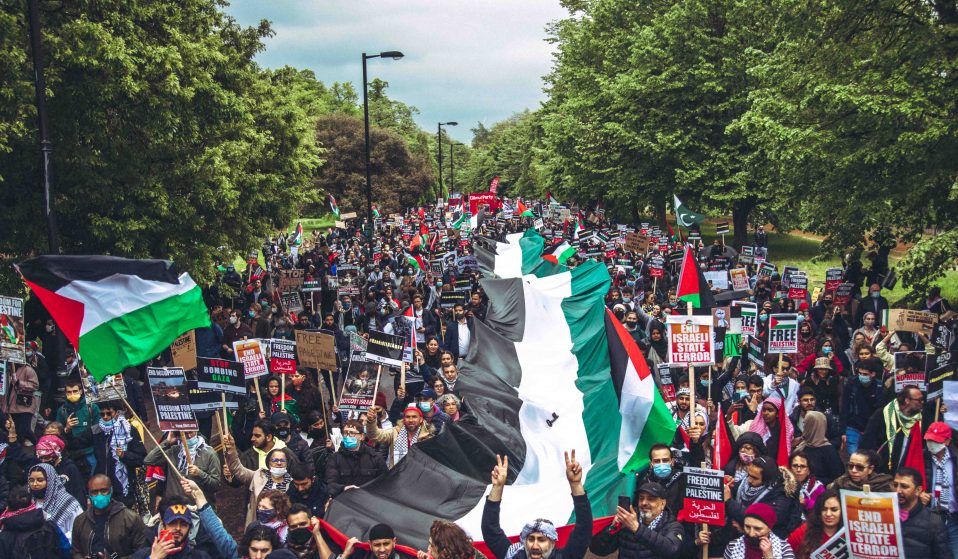 As Israel escalates its violent attacks on the Palestinian people, thousands of protesters took to the streets over the weekend to demand freedom for Palestine.

As Israel escalates its violent attacks on the Palestinian people, thousands of protesters took to the streets over the weekend to demand freedom for Palestine. Our photographer, Theo McInnes, attended the march to capture this moving display of solidarity.

Over the weekend, an estimated 150,000 people took to the streets of London to oppose Israel’s brutal occupation of Palestine and to stand in solidarity with the Palestinian people. The demonstrations, which were taking place in 60 different locations across the country that day, came after a week of Israeli airstrikes on Gaza, which have so far killed at least 212 Palestinians, including 61 children and 36 women. Ten people have been killed in Israel. Demonstrators were also protesting the forced expulsion of Palestinians from Sheikh Jarrah – a predominantly Palestinian area of East Jerusalem.

The demonstration in London was organised by the Palestine Solidarity Campaign, Friends of Al-Aqsa, Palestinian Forum in Britain, Stop the War Coalition, Campaign for Nuclear Disarmament and the Muslim Association of Britain.

The march in London started off in Hyde Park, before gradually moving through Lancaster Gate and Notting Hill, as it continued its journey towards the Israeli Embassy. Protesters waved Palestinian flags and shouted “Free Palestine”, and “From the river to the sea, Palestine will be free,” with others chanted, “Israel is a terror state”.

protestors stand on top of a shop front as thousands continue to move past speakers, many noting today is the 73rd anniversary of the nakba. it’s noisy and energetic here, drums can be heard in the distance as cheers and chants continue to fill the air above packed streets. pic.twitter.com/59H1pnJ8no

Massive crowds were addressed outside the Israeli embassy in Kensington by speakers which included Zarah Sultana MP, Lowkey, and Jeremy Corbyn MP. Corbyn, who also spoke at the emergency demonstration last Tuesday, said: “It’s our global voices that will give succour, comfort and support in those settlements alongside Gaza and all over the West Bank, East Jerusalem who are suffering at this time… End the occupation now, end the settlements now, end the siege of Gaza now.”

In London, the overwhelmingly peaceful demo saw hours of chants and cheers descend into violence as riot police rushed into the crowd at various points, splintering the protests off across the area. Nine arrests were made.

Huck photographer Theo McInnes attended the march to capture what was a moving display of solidarity with the Palestinian people and a rallying cry for governments around the world to take action over Israel’s continued human rights abuses. 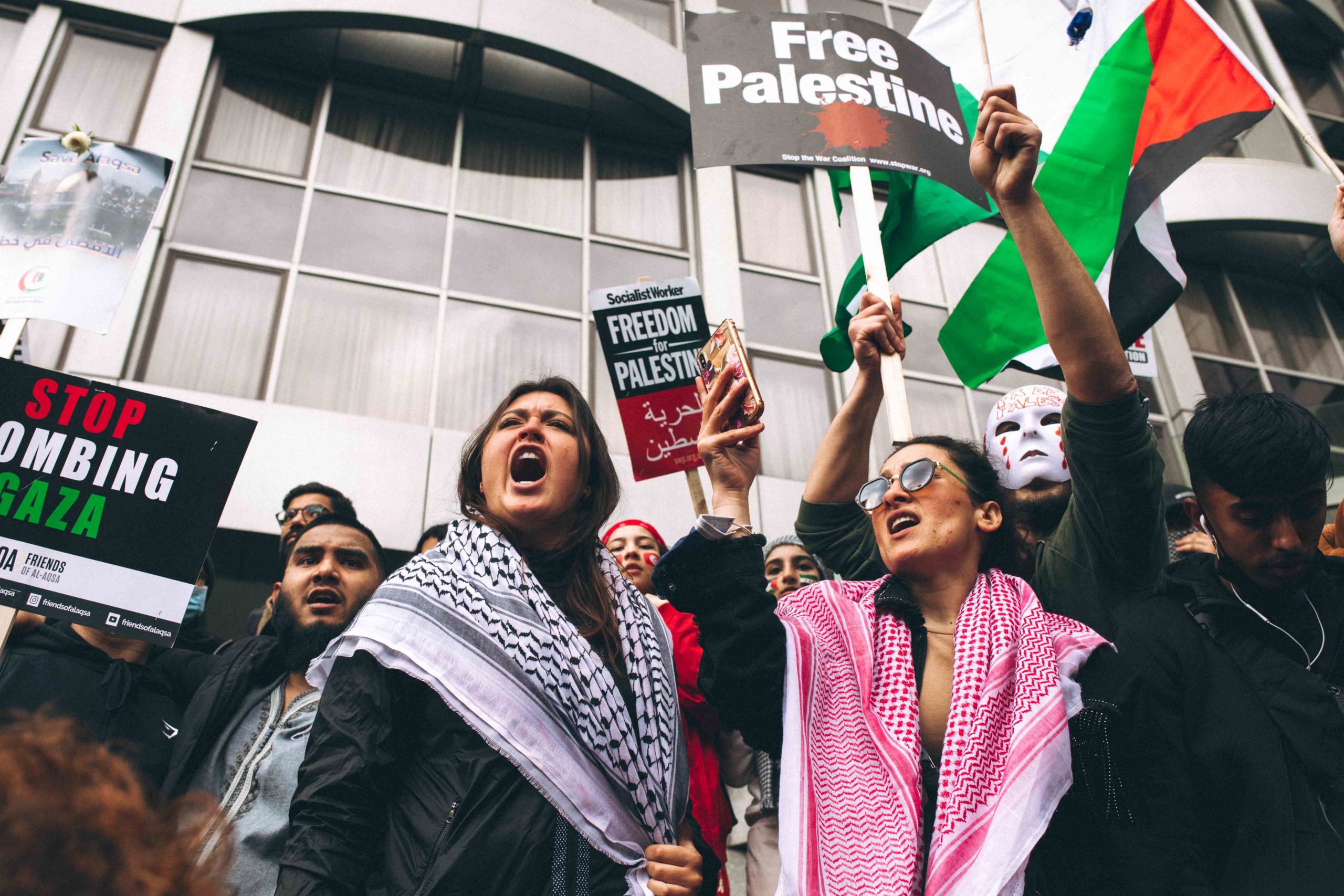 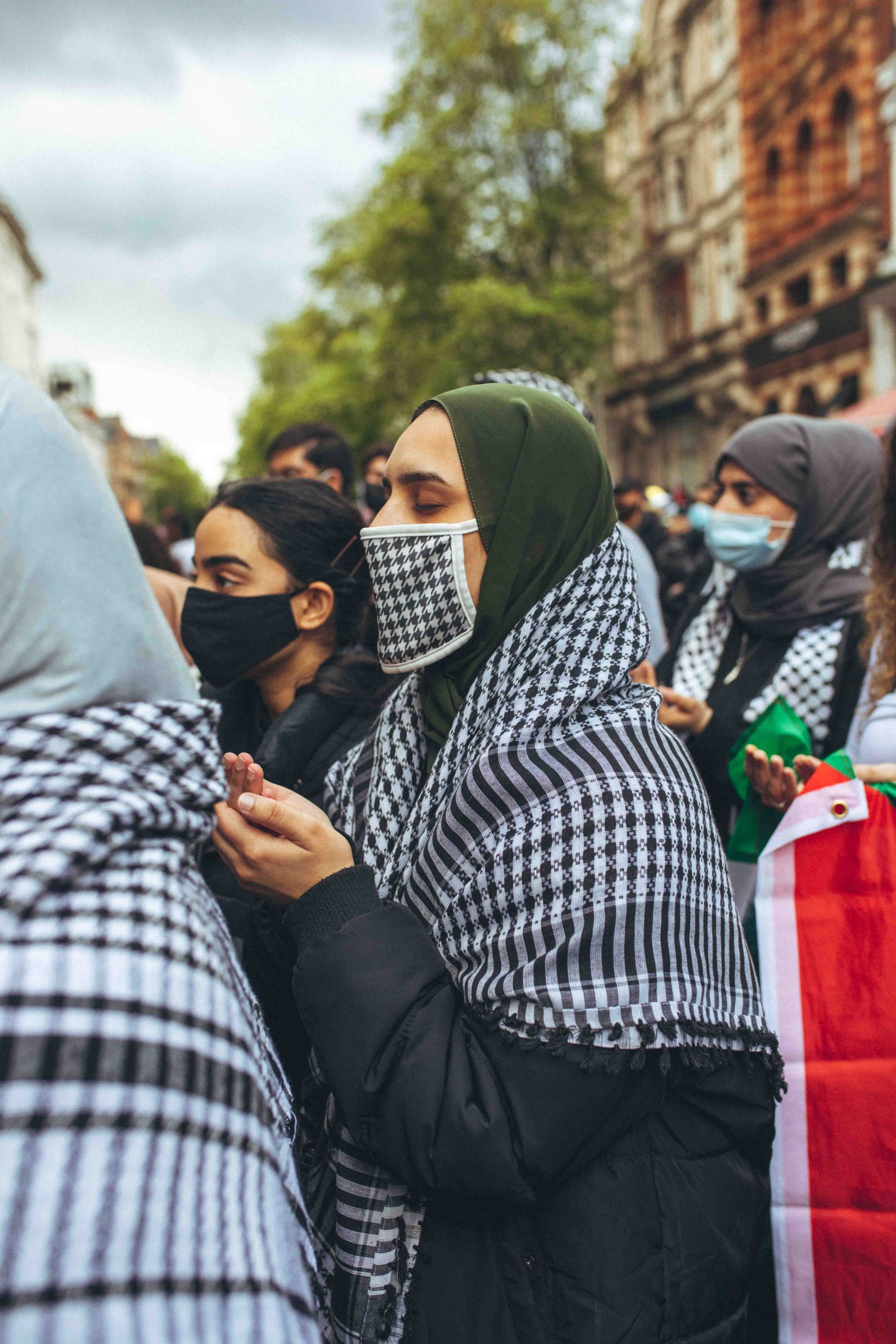 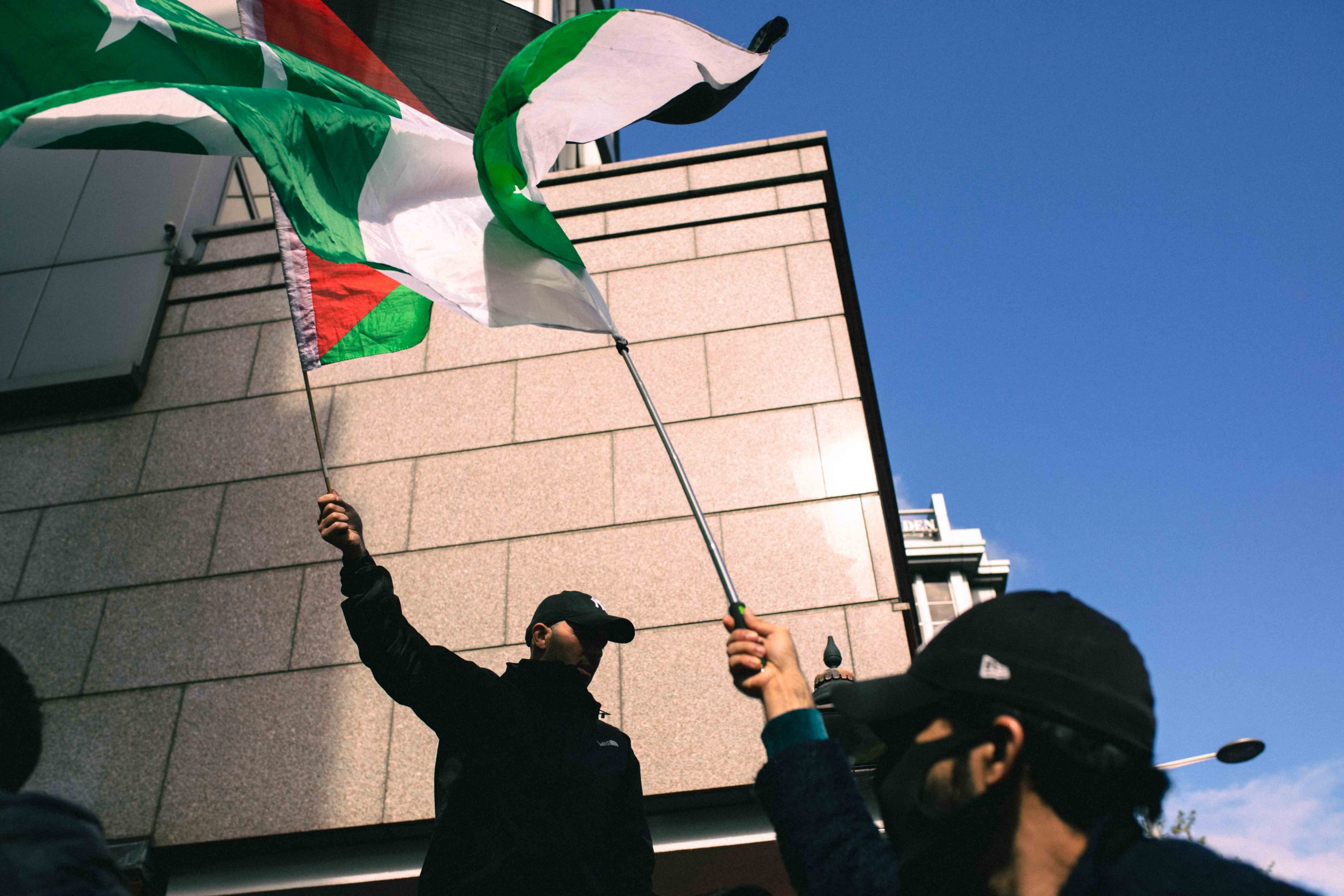 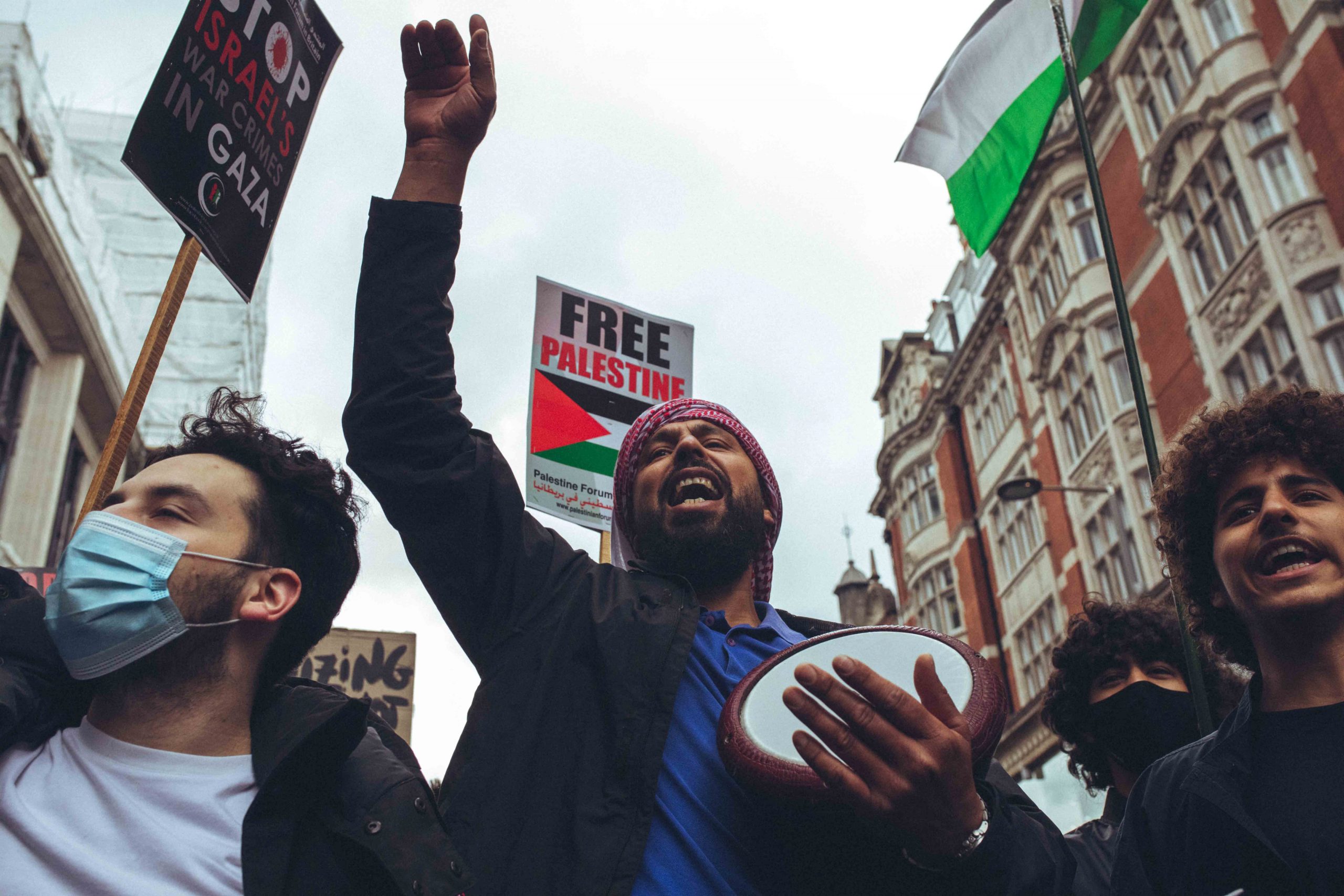 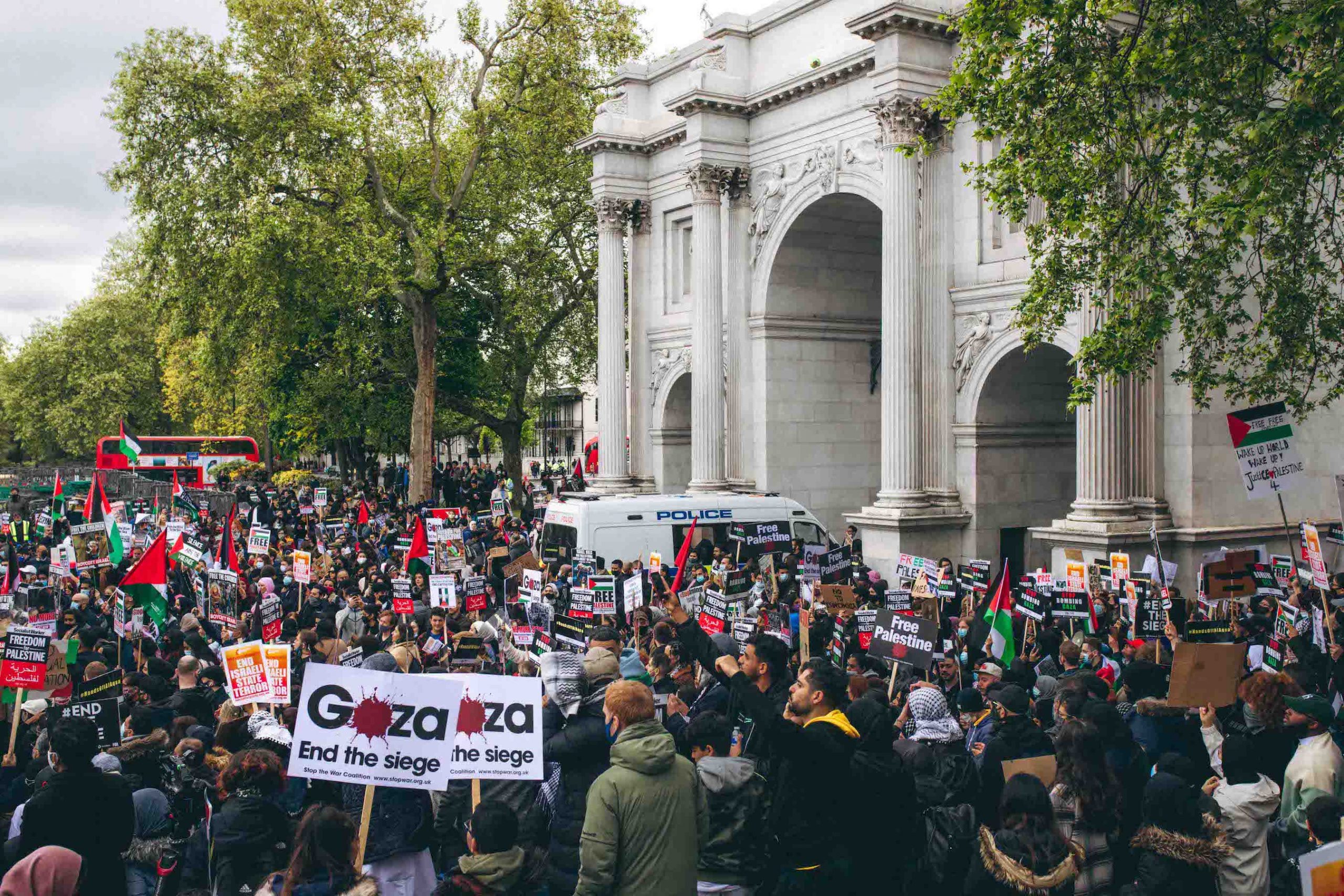 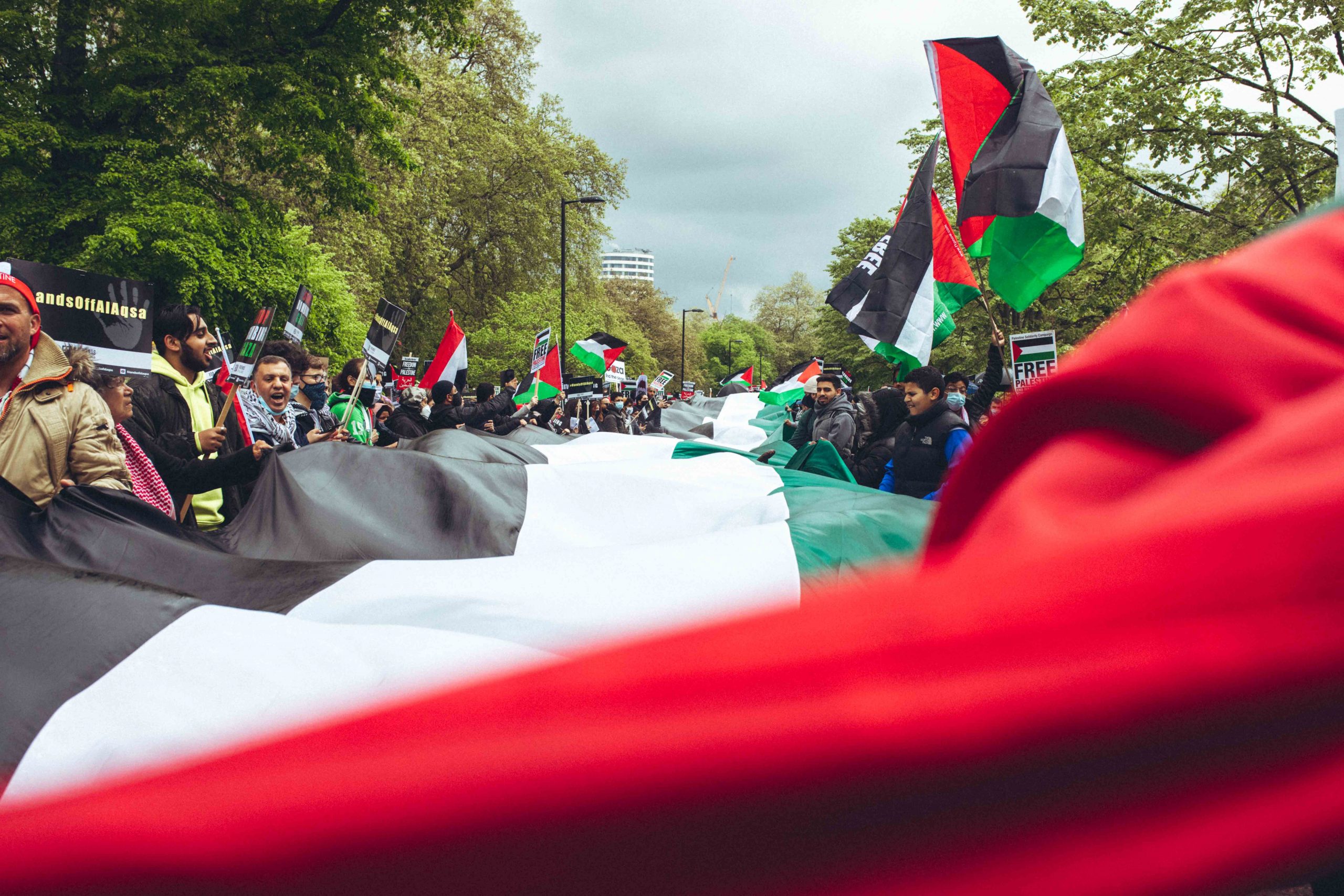 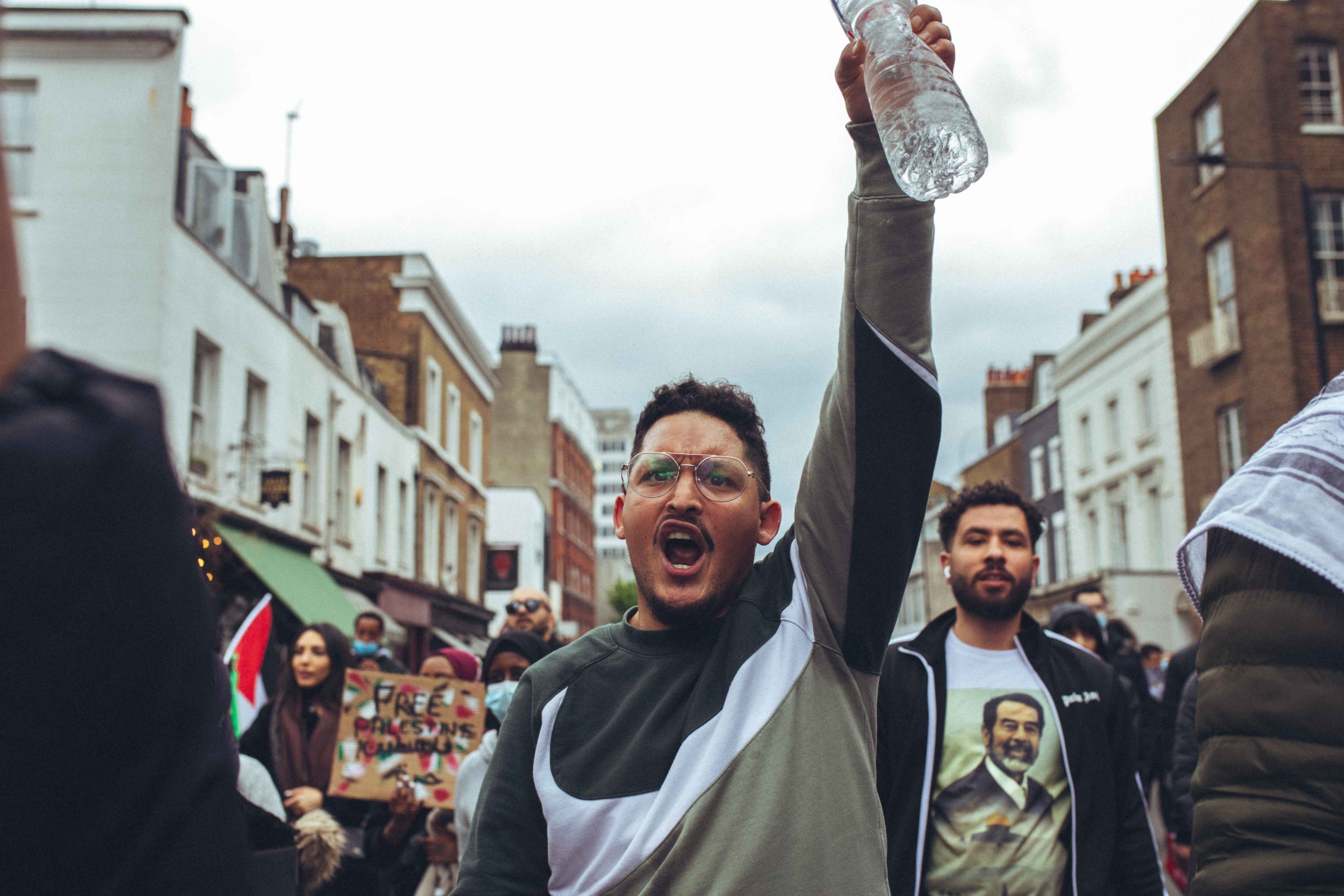 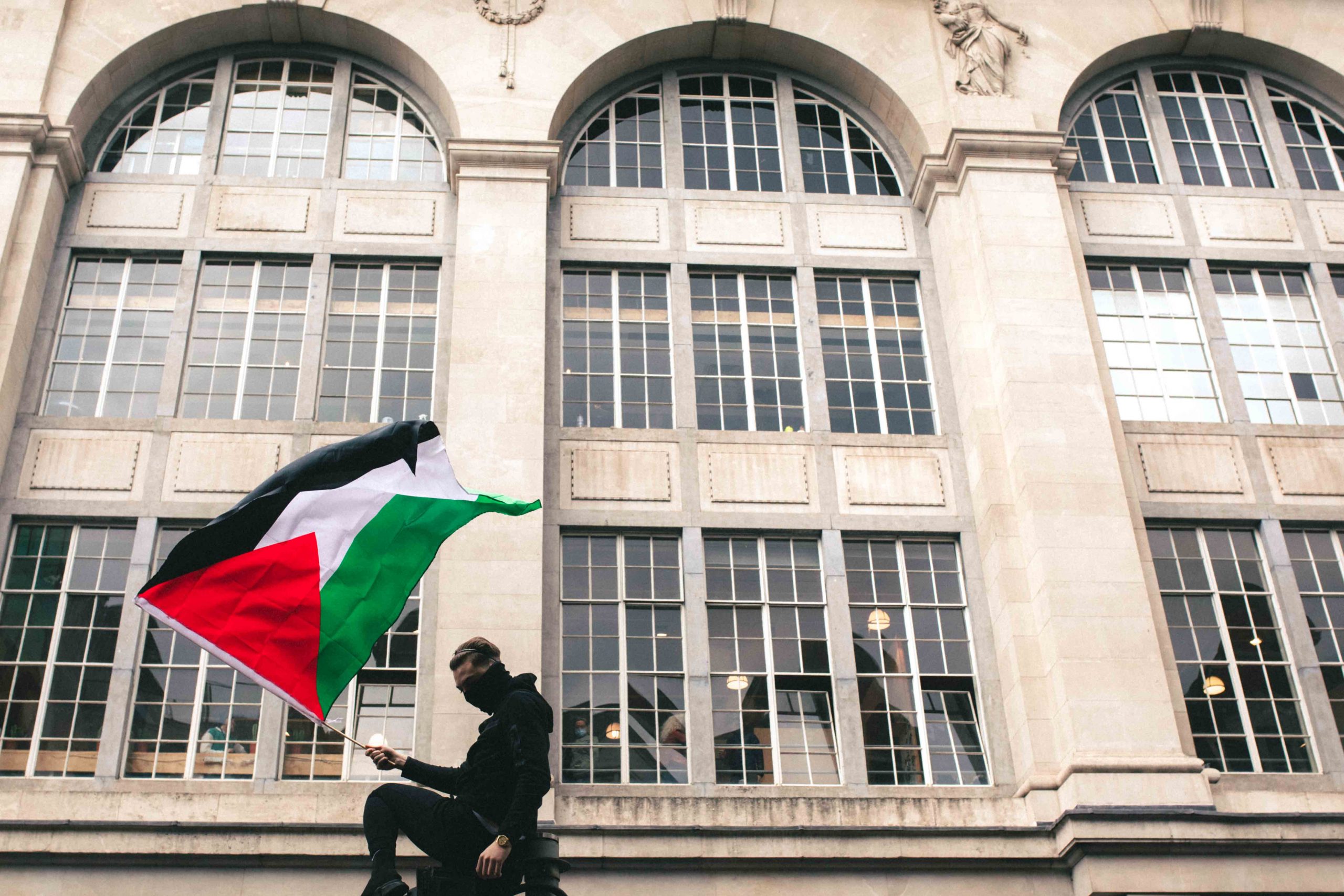 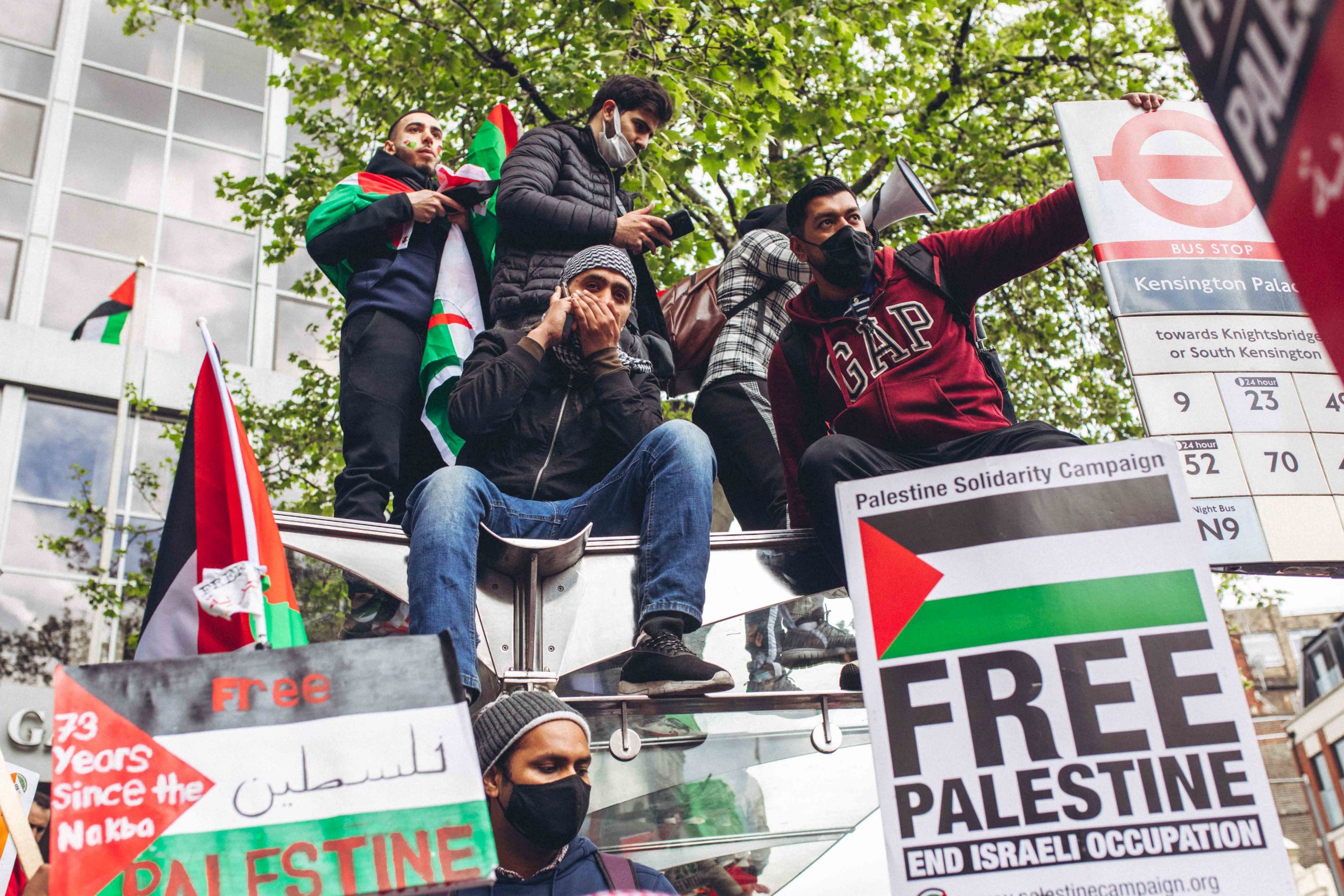 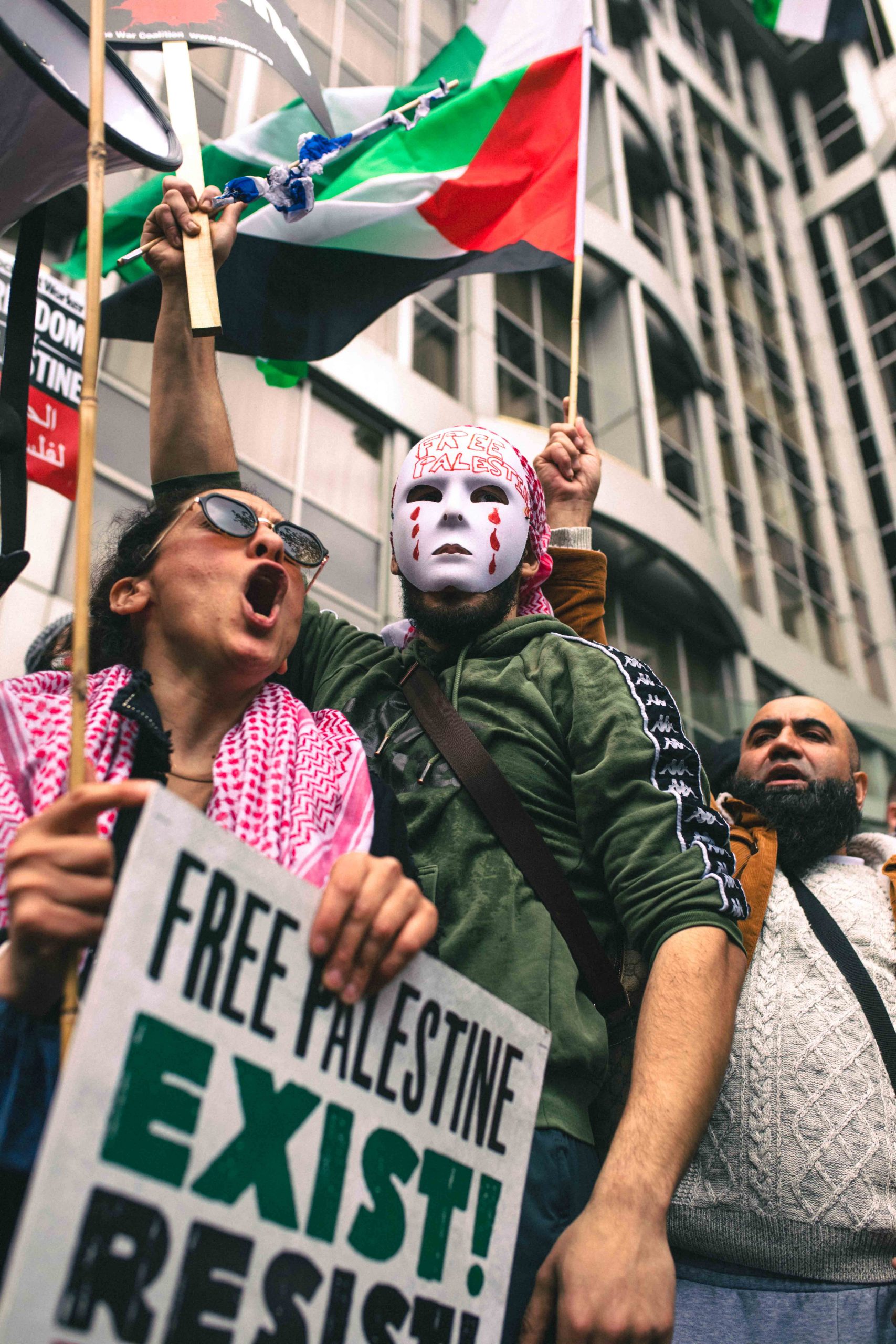 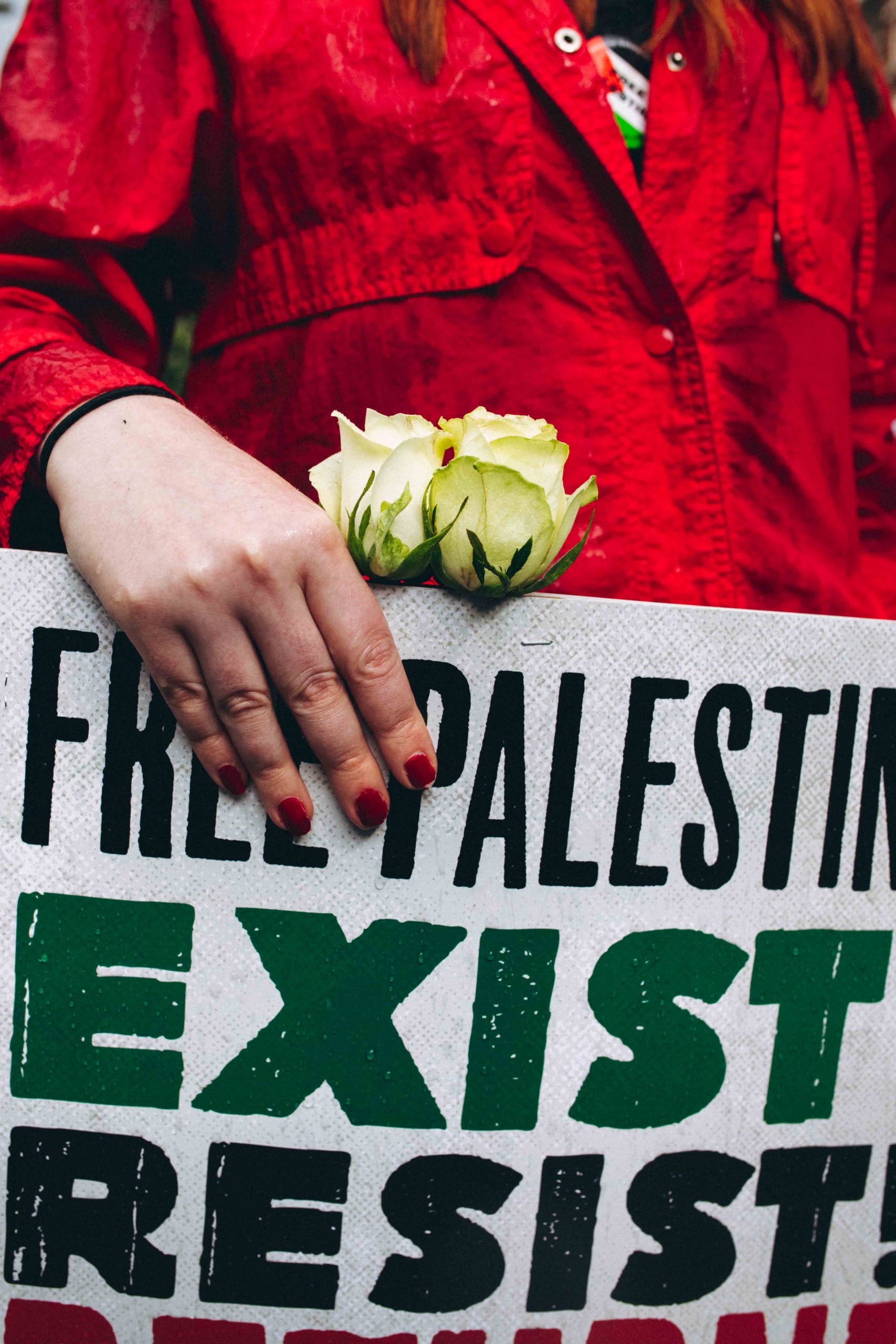 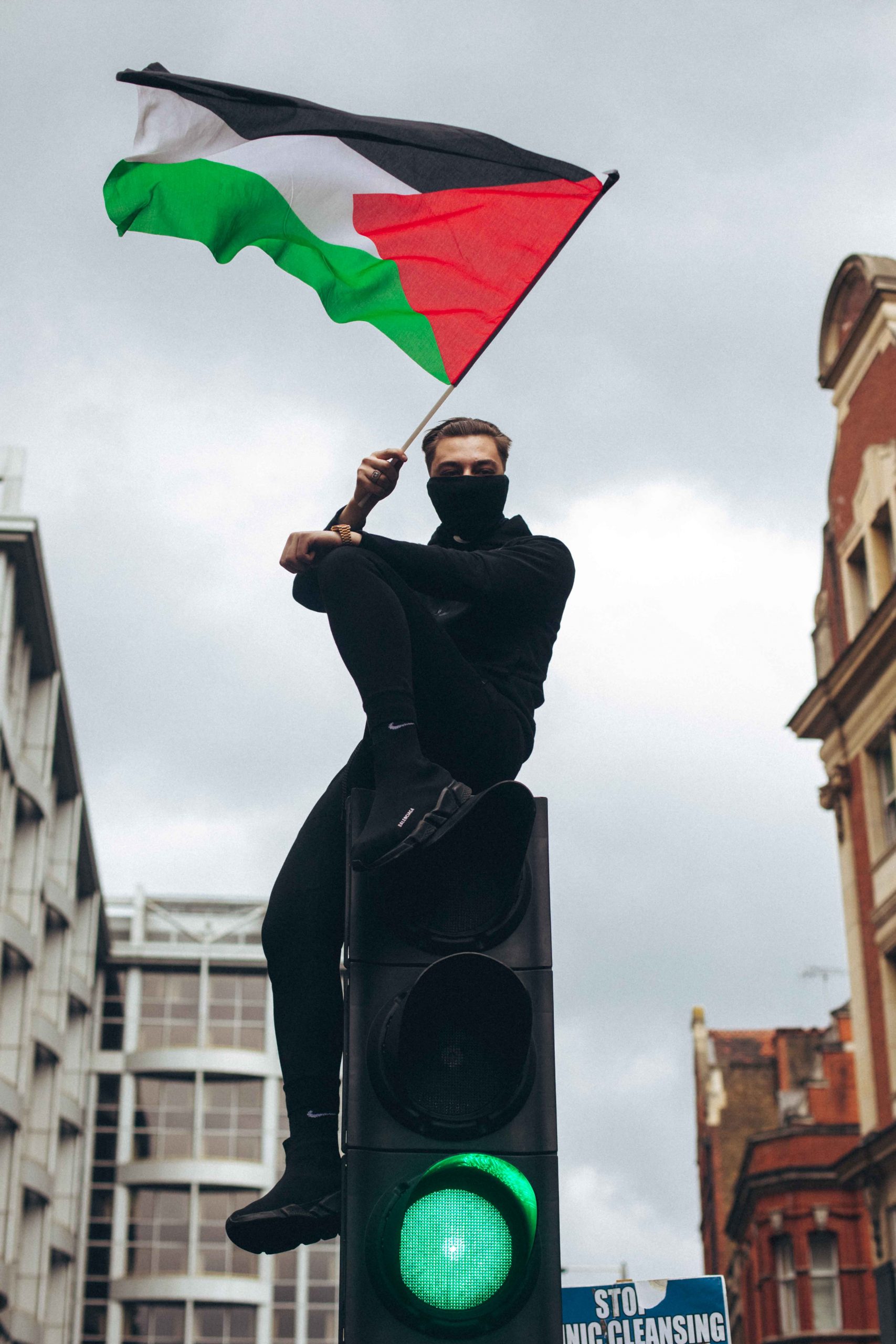 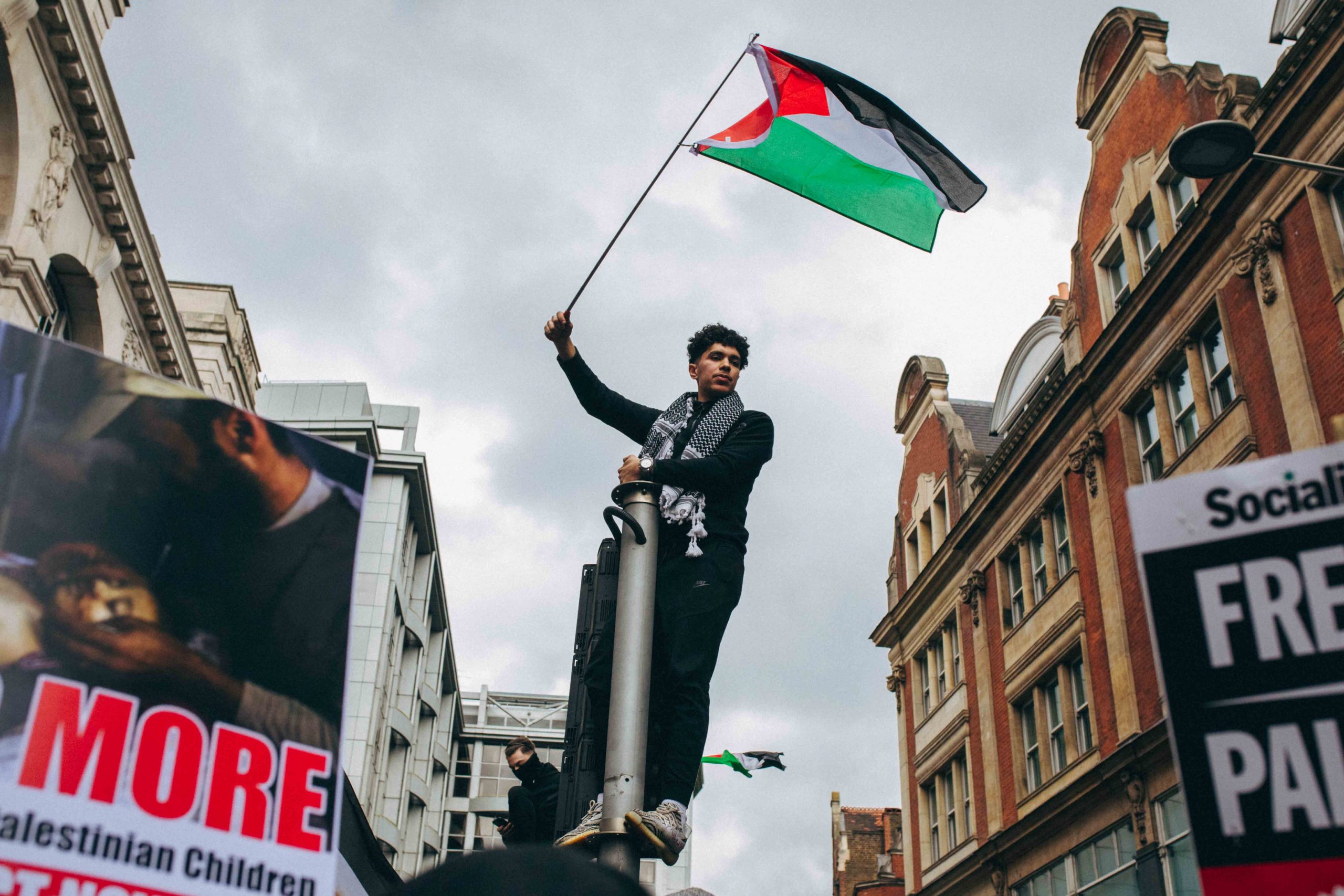 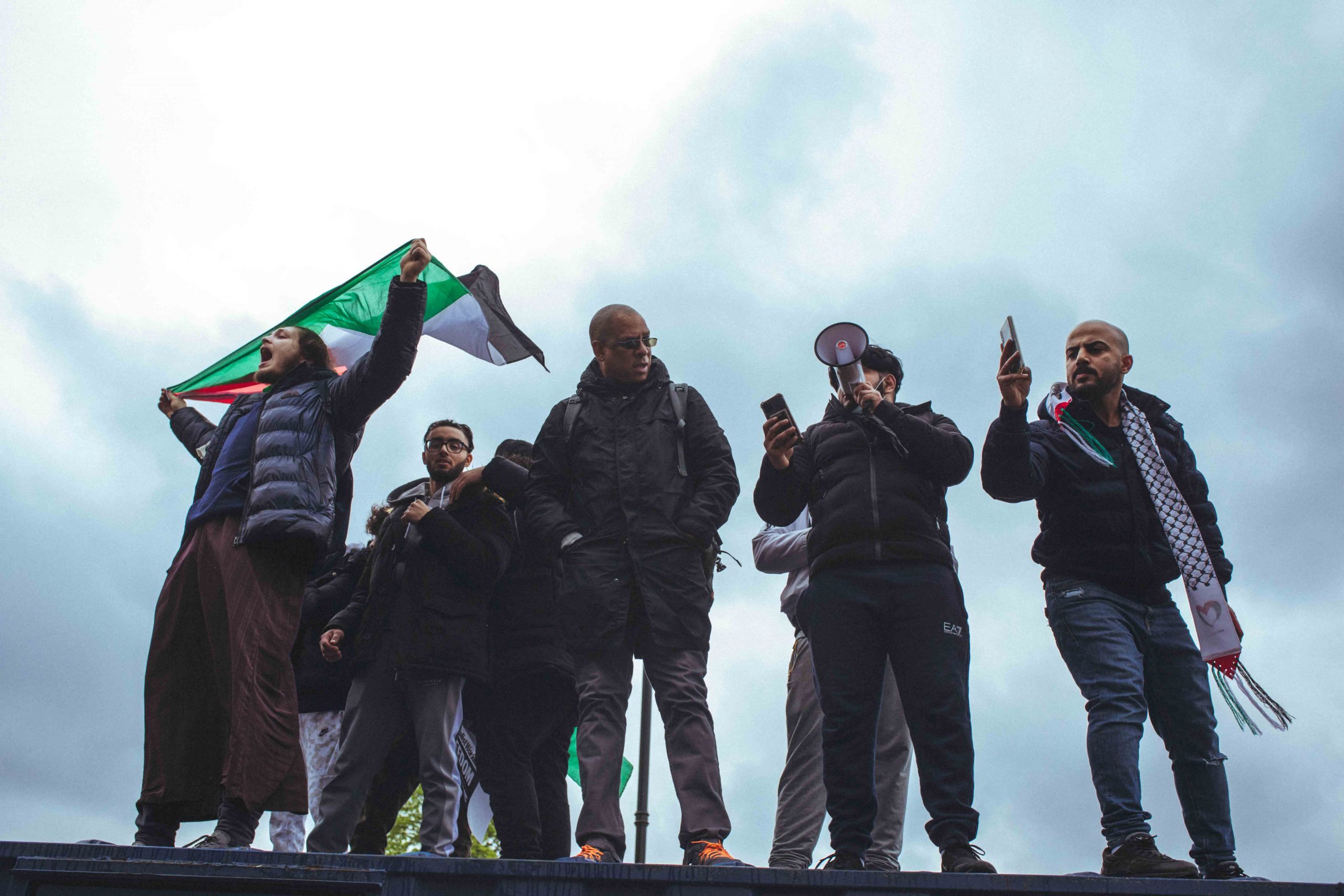 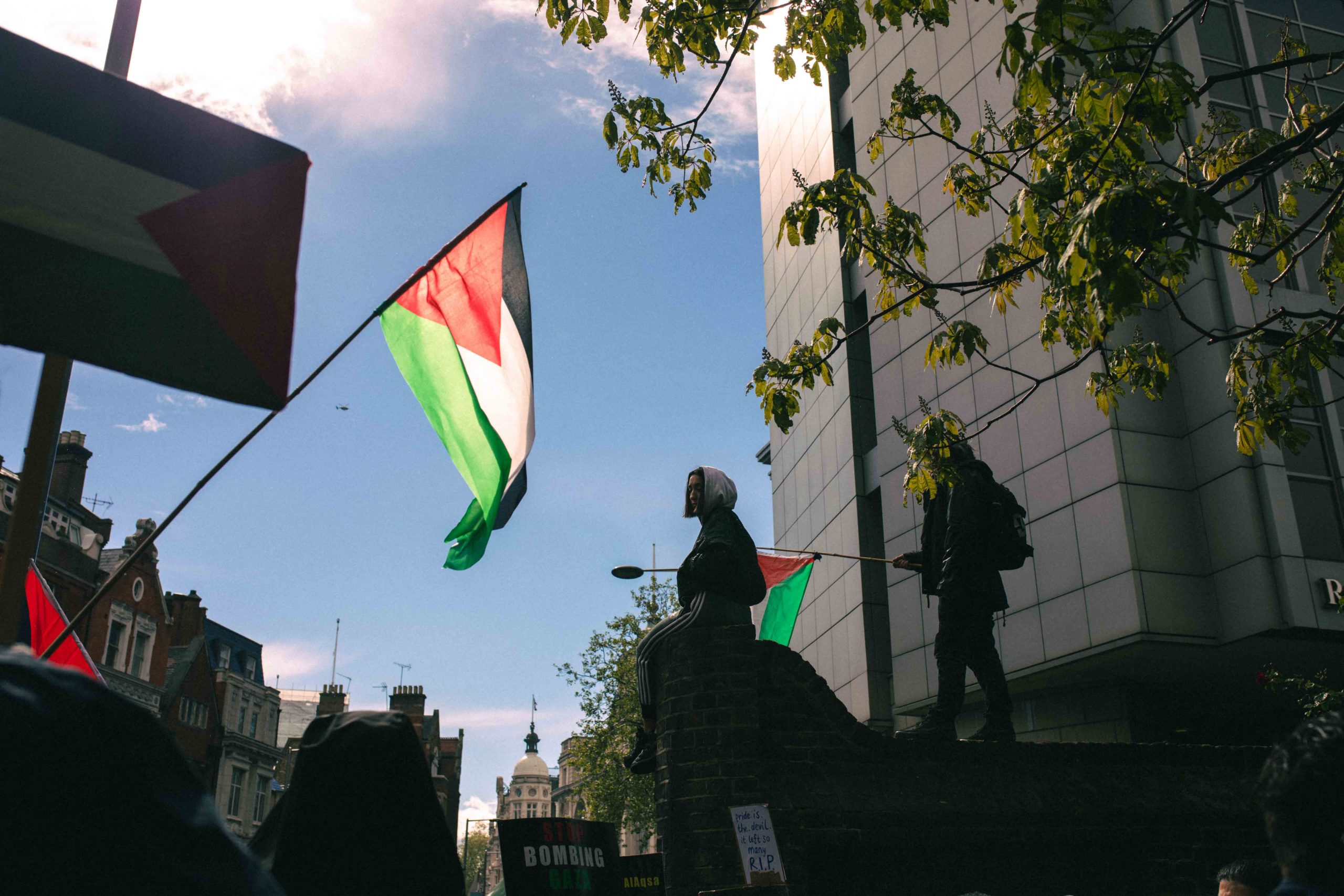 Linkedin
RELATED ARTICLES
OTHER ARTICLES
A new film from Berghaus traces the story of Adam Raja, who left behind a turbulent upbringing to discover the healing power of climbing.
Photographer Sean Maung reflects on documenting a small town in Pennsylvania afflicted by high levels of unemployment, poverty, violence, crime, and addiction.
After fleeing the war in Ukraine, people are finding it impossible to secure affordable and decent housing in the UK.
After a two-year hiatus and a new album, the Nigerian artist is riding high. Now, he wants to bring his alternative, genre-bending sound to the world.
The first-generation graffiti artist reflects on the tagging’s emergence as an art form and the players who pushed the medium forward.
Activists and campaigners are fighting back against new laws that would seriously undermine the ability to take industrial action, calling it an attack on fundamental workers' rights.