News & Politics / Opinion / The death of consumer feminism: will it ever happen? 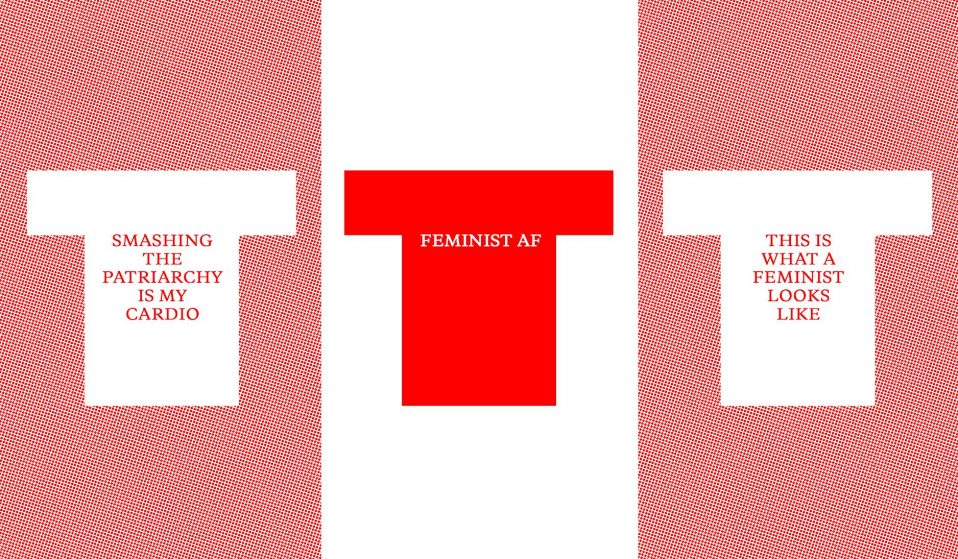 Feminism and sustainability are intrinsically linked. But as long as women continue abiding by the shop-til-you-drop ethos of consumer culture, both movements will suffer.

Feminism and sustainability are intrinsically linked. But as long as women continue abiding by the shop-til-you-drop ethos of consumer culture, both movements will suffer.

Capitalism and feminism have always been fundamentally at odds with one another. Feminism is a collective movement aimed at broad-based equality between genders, whereas capitalism worships at the shrine of individual glory. But in recent years, mainstream contemporary feminists have tried to redefine ‘equality’ through the capitalist lens. Now, ‘empowerment’ is defined by a woman’s spending capacity. How much money a woman can make – and spend on status items like clothing, accessories, beauty products and procedures – has become the yardstick for gender parity.

Consumer feminism is monolithic, materially-driven, and encourages women to push each other down in a mad scramble to the top. Bolstered by celebrity culture, it promotes the idea that if women, as individuals, can better their financial position, somehow the feminist dream has been realised. When Beyoncé sings “the best revenge is your paper” and Ariana Grande brags, “lashes and diamonds, ATM machines / buy myself all of my favourite things”, and these are held up as empowering feminist sermons in the mainstream, it positions money as the key to a woman’s success.

Take, for instance, a set of photos Beyoncé recently posted of herself posing seductively among rows and rows of Adidas shoes (the posts were not marked as sponsored content, and all appeared to be women’s shoes in roughly the same size, the assumption being that they are all her shoes). The subtext of Beyonce’s brand, since as early as her Destiny’s Child ‘Independent Woman’ days, is that a woman is worth as much as she can buy. But imagine if everyone who admired Beyoncé had this many sneakers? Imagine the pollution and broken backs it would cost to make them, and the eventual volume of landfill that would be caused by this over-consumption?

Imagine instead if we lived in a world where artists like Beyoncé could divorce consumption from status; or if pop culture was just art, and not another cog in the corporate machine, geared towards mass consumption. What Beyoncé and others sell in photos and song lyrics is aspiration. Of course, the singer is full of contradictions, and has also produced powerful cultural moments that have propelled the dialogue of movements like Black Lives Matter, and the narratives of women of colour in the mainstream. But what if Beyoncé and other pop artists rejected this duality? What if, instead, of promoting female empowerment as the sum of what we can snatch for ourselves, they reframed feminism as what we can share with others? What if consumer feminism, instead of embracing shoes, embraced advocacy for all women, and sold that as the ultimate power move?

The impact of the “spend to prove your power” mentality on mainstream consumerism has resulted in faster fashion, cheaper products, and a total disregard for the environment and human rights. Fast fashion retailer Boohoo posed revenue growth of 48 per cent (up to £856.9 million) in the year to 28 February 2019, with a turnover up 37 per cent in the UK and 64 per cent in international markets. Frighteningly, throw-away fashion brand PrettyLittleThing grew by 107 per cent, and Nasty Girl by 96 per cent, evidence that fast fashion is showing no signs of slowing down.

Feminism cannot coexist healthily with this capitalist market. The pay gap in the UK barely budged between 2017 and 2018, and a quarter of public service jobs pay men at least 20 per cent more than women for the same job. Suggesting that spending equals female empowerment is at direct odds with these figures, when frivolous acquisition is more likely to put women – earning substantially less than their male counterparts – at a distinct disadvantage.

Meanwhile, the only way to account for the mass production of clothing – much of it making it from conception to retail in around two to four weeks – is the mass exploitation of women who make up 80 per cent of the garment industry. The garment workers in fashion supply chains are often abused, injured, underpaid, underfed, and work in subhuman conditions that have led to senseless death, such as in the Rana Plaza collapse that killed 1,134 garment workers. It’s reported that in Bangladesh, the minimum wage is about $67 per month, which isn’t even enough money for a fast fashion wardrobe, let alone adequate food and housing.

And then there’s the environmental cost, including the £140 million worth of clothing that is sent to landfill annually,  harmful chemicals entering the ecosystem through the production cycle, water waste, and fact that the fashion industry accounts up 10 per cent of the world’s carbon emissions.

This is the price we pay for women showing off their ‘power’ through continual spending. Consumer feminism is great for individual autonomy – but feminism isn’t, and never has been, a movement for individuals. Especially not when those individuals flourish under the oppression of the many.

This is how the fashion industry holds the fate of so many women – and the environment – in its purse pocket. We need to realise that the only way to champion equality is to challenge the transnational industries that rely on their patronage. Consumer feminists and their credit cards are all powerful – it’s time now for them to decide if they want to be agents of the patriarchy, or use this power to effect change for the millions of women around the world who are exploited with every checkout of the online shopping cart.

As long as women continue abiding by the shop-til-you-drop ethos of consumer culture, feminism and sustainability will die together. Both movements seek to slow fast fashion to protect those made vulnerable by it. By working together, there are shared benefits to be had, as ending overproduction is good for both the environment and for the workers exploited in global supply chains. It’s also good for the consumer feminist: unshackling from the consumer cycle means that we no longer have to abide by its rules, and can start to set our own.

Linkedin
RELATED ARTICLES
OTHER ARTICLES
Following the announcement of an 80% hike in the energy price cap from 1st October, crowds gathered outside the offices of energy regulator Ofgem to protest and declare their intention to undertake a payment strike.
Cindy Campbell recounts how her brother ushered in a new era of musical culture at a party she held in the Bronx in ‘70s.
The idea that a younger generation is abandoning work has become a popular narrative online, but it doesn’t necessarily reflect reality.
A group of young Palestinians have found temporary freedom in the act of parkour, reimagining wreckage and ruins as a series of high-octane playgrounds.
Rhiannon Adam spent three months capturing an ageing society wracked by division, isolation, and the aftermath of scandal.
For over a decade, gamblers have won big by employing people to place live bets from the court. But does this dubious method still work?