News & Politics / We must defy Starmer’s undermining of Young Labour 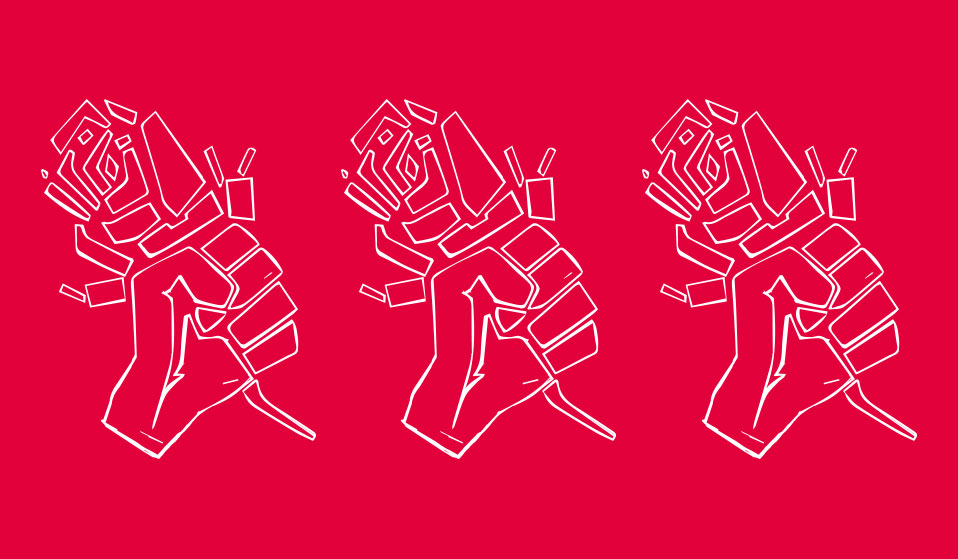 Young Labour activists are speaking out about the leadership’s continued silencing of the party’s youth wing ahead of the annual conference.

After attempts to bar Jeremy Corbyn and the Palestine Solidarity Campaign from the Labour Party’s annual conference, activists are speaking out about the leadership’s continued silencing of Young Labour.

Earlier this week, Young Labour were informed that they would not have their slot at the annual Labour Party conference. Taking place every September, the Labour conference is an opportunity for the membership of the party to make their voices heard on the issues that matter to them most. It is a rulebook requirement that Young Labour is given space at Conference.

Efforts from Young Labour representatives to negotiate such space were effectively shut down. According to Young Labour Chair, Jess Barnard, communication from team Starmer to Young Labour has been non-existent until Wednesday (1 September) – just three weeks before the start of Conference.

“We tried to negotiate [with Labour’s General Secretary David Evans, appointed by Starmer], made the case for democratic engagement but were outright refused”, wrote Barnard in a Twitter thread. “During all this we have had nothing from Keir Starmer or the leaders office since being elected almost a year ago. No acknowledgement we exist, no reply to emails, nothing”.

Before the conference, the Party staffer claimed via phone call to Barnard that “There is no capacity for due diligence checks… the most concrete information I have been given is that anyone from Palestine Solidarity Campaign will be refused as a speaker, as will Jeremy Corbyn”. This is the same Palestine Solidarity Campaign (PSC) for which Keir Starmer spoke at an event in 2015.

The lack of clarity from the leadership caused consternation and uproar as barring speakers from appearing at Young Labour conference, including representatives from PSC and former Labour leader Corbyn, was effectively blocking Young Labour. Yesterday the party made an embarrassing U-turn, confirming that Corbyn can now attend and speak at fringe events, with PSC also free to hold their fringe event. Despite efforts by Huck to reach them for comment, no-one from Labour was willing to do so.

Flip-flopping and fudging have become key tenets of the Starmer leadership. It’s a leadership that has been consistently silent on many of the most important issues of today. In their place, young people have stepped up to fight.

For several years now, global movements have been in large part led by young people. From Black Lives Matter to Fridays For Future, from anti-imperialism to the Green New Deal – we are living through a period in which young people are responding radically to the crises in front of them. The Palestine protests earlier this year, for instance, overwhelmingly featured young people.

One of the key aspects of the left is its commitment to anti-imperialism, which entails fighting against the injustices that the UK government funds or facilitates. For decades, the likes of Corbyn have been at the forefront of organising for peace. From supporting movements against apartheid in South Africa, to campaigning to stop the wars in Afghanistan and Iraq, it is a defining feature that sets the socialist left apart from the right of the Labour Party. Among the strongest of these is Palestinian solidarity, which many young progressive spoke out about this year after Israel’s bloodiest assault on Gaza since 2014 led to the largest pro-Palestine march in UK history.

The UK’s foreign policy is a political battleground within the party. Its leadership has chosen to silence those young voices on the side of justice.

To imagine that suppressing this spirit is the correct course of action is astonishing. It means that the Party’s leadership is ignorant to the electoral impact that an energised youth wing can have, or it is indifferent to the magnitude of injustices that young people are fighting – or both. It is baffling, in particular given how crucial an aid they have been on the doorstep during election canvassing. In the wet and dark winter of 2019, young members travelled around constituencies across the country to win every last vote. It would be catastrophic to take this key electoral asset for granted.

Even the Party’s youngest ever elected representative reports being targeted. Hasan Patel, who was elected as Under 18s Representative, tweeted that he was “under investigation for tweeting that young people aren’t enthusiastic about voting for Labour and that it needs to be addressed”, adding: “it hurts knowing that the leadership is trying to silence and kick me out”.

Mish Rahman, who sits on Labour’s National Executive Committee, knows how the Labour leadership operates. He reacted furiously to the treatment of Young Labour and PSC by the party’s top brass, saying: “This is not the way to run a democratic party and yet again calls into question how Labour is being led”. He added that “just a few months ago, Keir Starmer was telling Muslim voters during the Batley & Spen by-election that he was a supporter of the Palestinians. Now he won’t even allow Palestinian supporters the chance to speak”.

Luckily, just as the movements around Black Lives Matter or climate activism did not begin within the Labour Party, they do not end there either. Grassroots movements will always find their space to grow.

On Tuesday (31 August), The World Transformed announced a joint event with Young Labour and the Palestine Solidarity Campaign. Titled “Youth rising for Palestine”, it will take place alongside the conference in Brighton with the support of the Labour left, including Momentum, Unite the Union and the Socialist Campaign Group of Labour MPs. The goal of the event will be to answer questions such as, ‘How can we build on the explosion of youth-led organising?’ and ‘How do we build a long-lasting, cross-generational solidarity movement in the UK?’.

The Palestine Solidarity Campaign (PSC), who have been regular fixtures at the Labour Party conference, received an apology on Wednesday night from party officials. “Young Labour revealed they had been informed by a party official that they could not invite PSC to address one of their events at Conference”, they explained in a press release. “When pressed for a reason, they were informed that PSC’s positions were ‘controversial’ and that their support for BDS ‘might violate the IHRA definition of antisemitism’”. At that midweek meeting, a party official told Young Labour that “this had been a mistake, that PSC could of course be invited and an apology was given.”

Corbyn’s leadership attempted to bring the whole party to the table, even appointing MPs to the Shadow Cabinet from divergent sections of the party. Starmer’s leadership seems determined to empty the table of all energy and enthusiasm.  Regrettably, the current leadership of the Labour Party has failed to energise the young activists that were initially inspired by Corbyn. Instead, it has opted for opposition to progressive voices. As membership numbers tank, the treatment of their youth wing becomes even more perplexing. For others, like myself, the message that comes across is: ‘If you’re young and left-wing, you’re not welcome in the Labour Party’.

Linkedin
RELATED ARTICLES
OTHER ARTICLES
Activists and campaigners are fighting back against new laws that would seriously undermine the ability to take industrial action, calling it an attack on fundamental workers' rights.
Mass crustacean die-offs in the North East have led a community of fishermen to take action to save their seas.
Photographer Sean Maung reflects on documenting a small town in Pennsylvania afflicted by high levels of unemployment, poverty, violence, crime, and addiction.
Jeffrey Henson Scales intimate portraits and protest images of the BPP and its leaders offer a rare insight into organisation at a time of societal upheaval.
Taking us through one of the most dynamic years in recent history, Laylah Amatullah Barrayn new photo book contains tender yet confrontational portraits.
The pro skateboarder withdrew from the 2020 Olympic Games so he could come out as trans. Now, he’s hoping to encourage others to live as their authentic selves – within the sport and beyond.