News & Politics / Protestors gather outside the Russian embassy – in photos 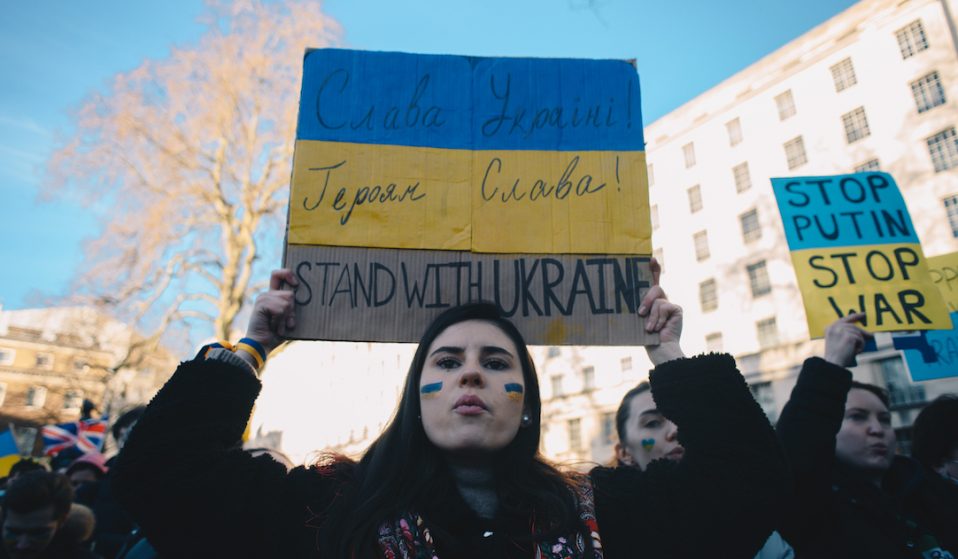 Hundreds gathered in London calling for Vladimir Putin to withdraw from Ukraine.

Hundreds gathered over the weekend both outside Russia's embassy in Kensington and in Downing Street calling for Vladimir Putin to withdraw from Ukraine.

On Saturday (26 February), as the Russian invasion entered its third day, hundreds of protestors gathered outside Moscow’s embassy in Kensington and in Downing Street in support of Ukraine.

Forces have continued to strike Ukrainian cities with artillery and cruise missiles, with the capital transformed into a battle zone. At least 102 civilians in Ukraine have been killed since Russia launched its invasion last Thursday, and a further 304 injured, while some 422,000 Ukrainians have fled their homeland, with many more displaced within the country.

Waving flags, banners and placards, protesters in London called for Vladimir Putin to withdraw his forces. Many sang the Ukrainian anthem and chanted “Putin stop war” and “free Ukraine”. At the embassy, protesters chalked over the walls and hung signs on the fences, while small groups talked about how people can support Ukraine.

Photographer Aiyush Pachnanda was at the protests to capture the action. 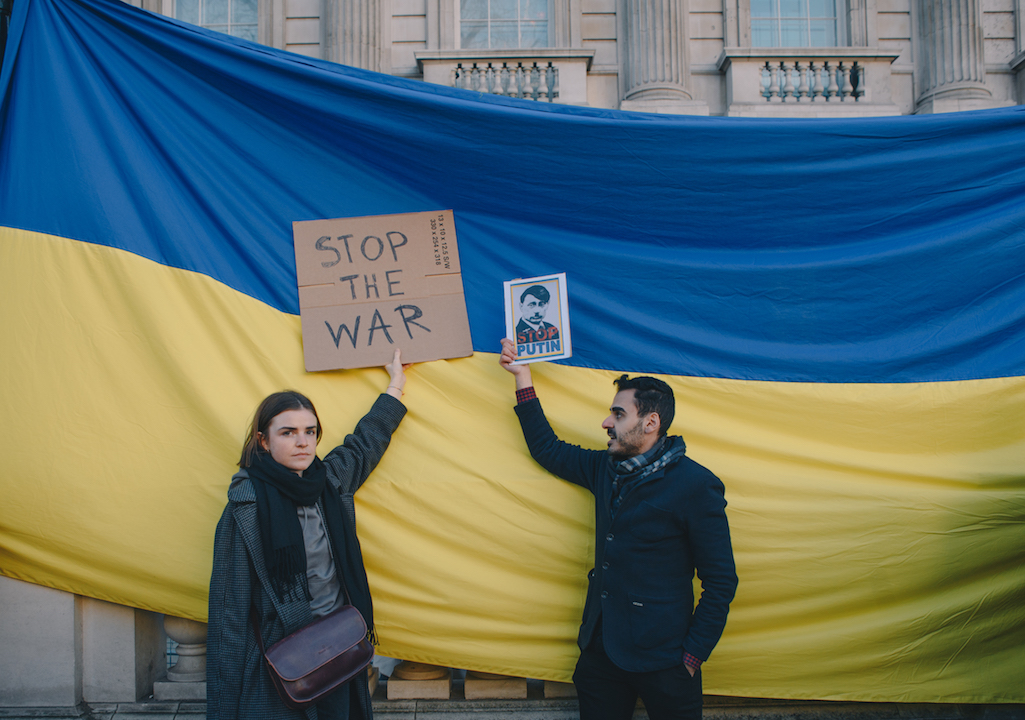 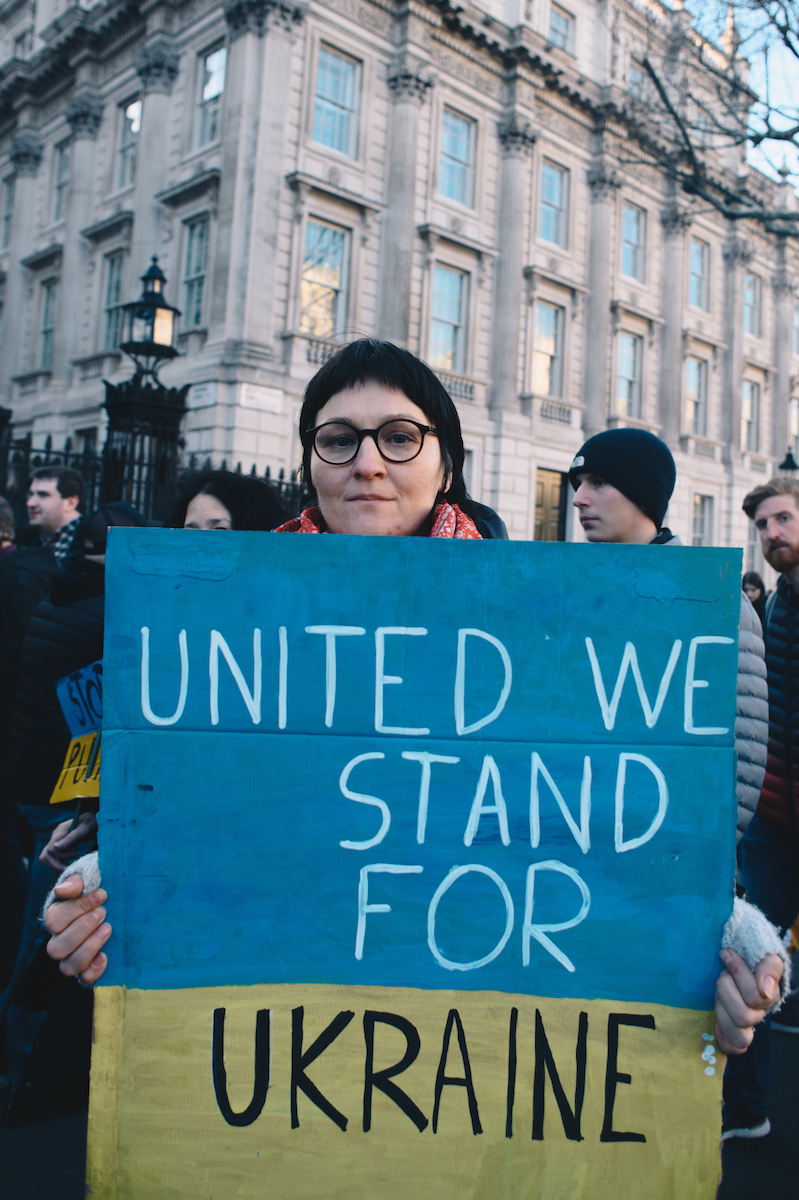 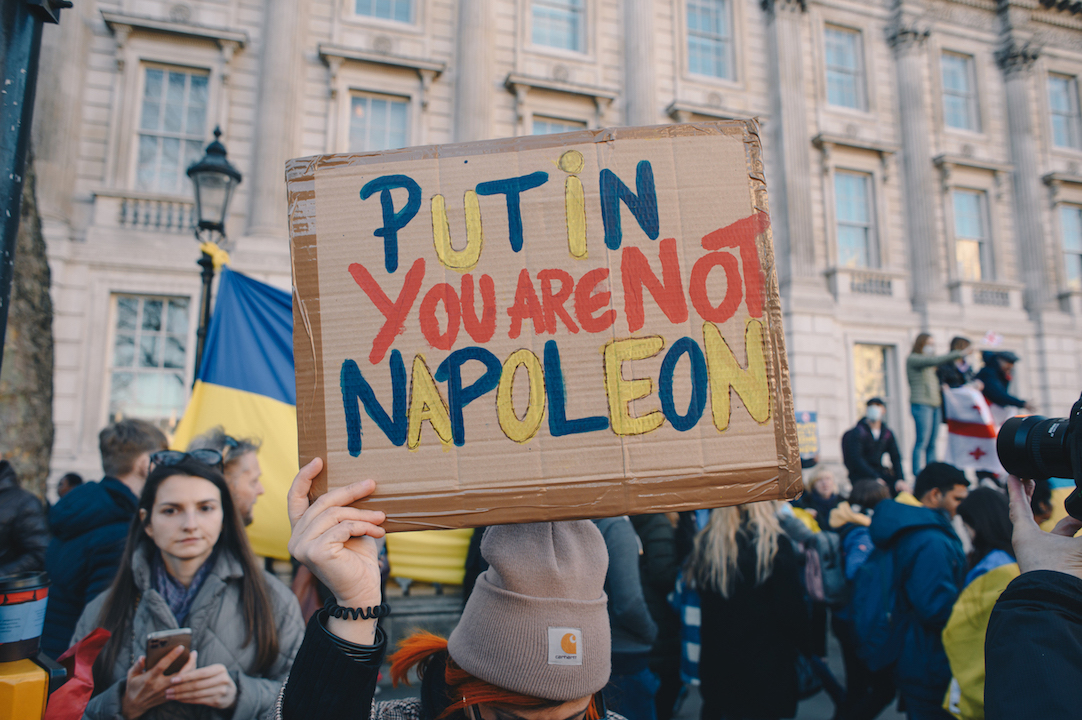 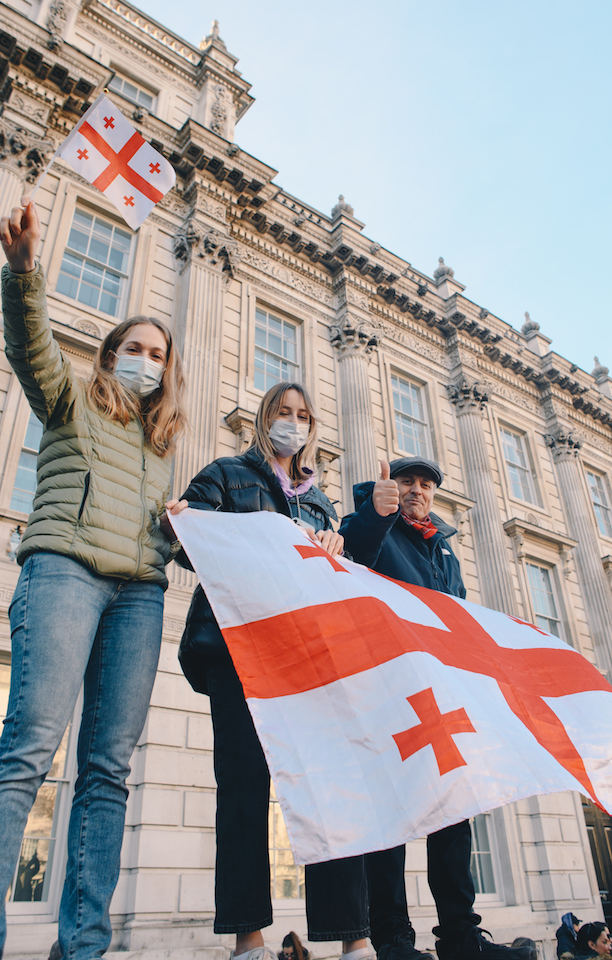 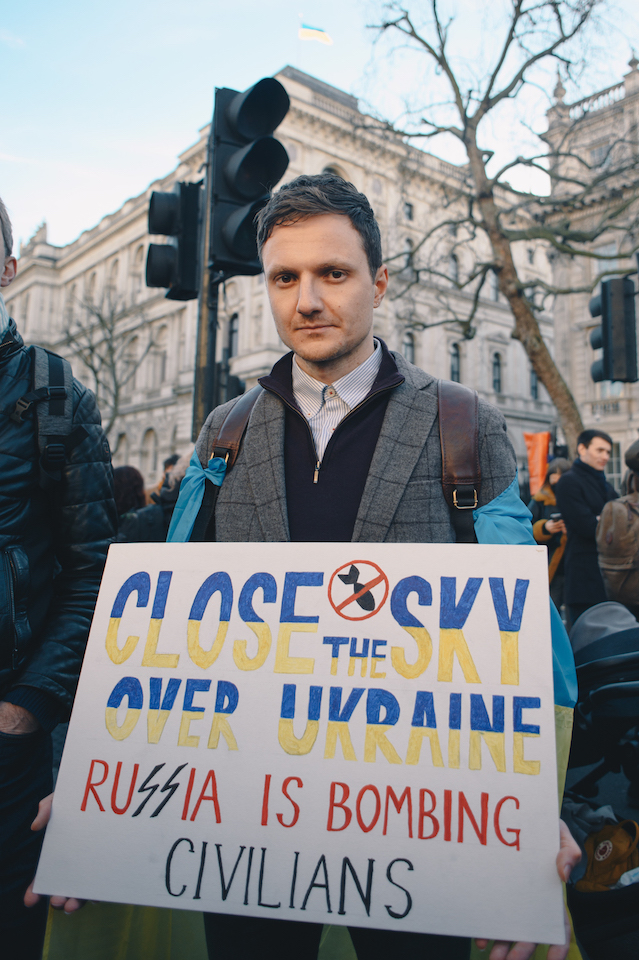 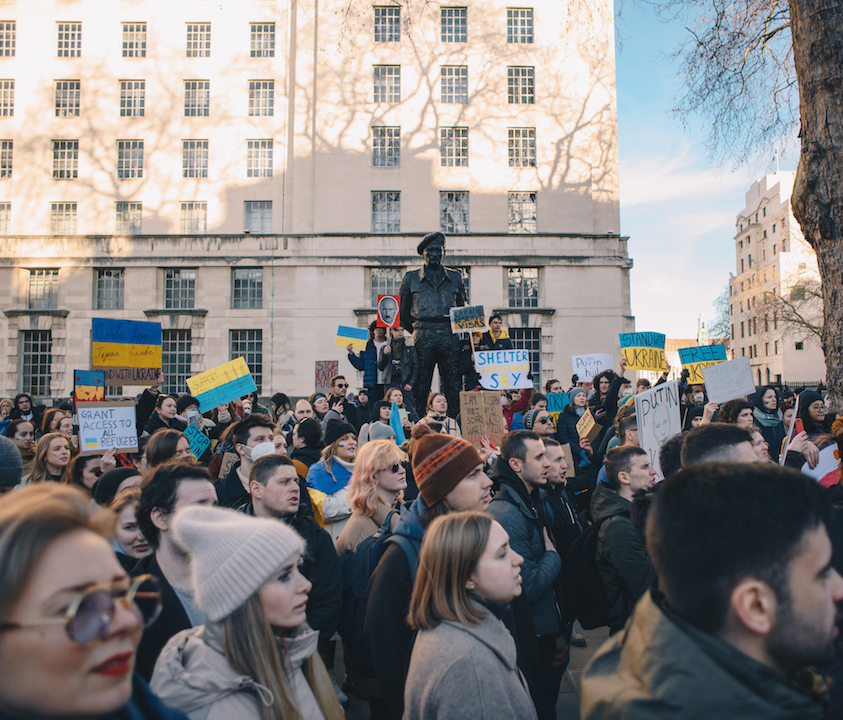 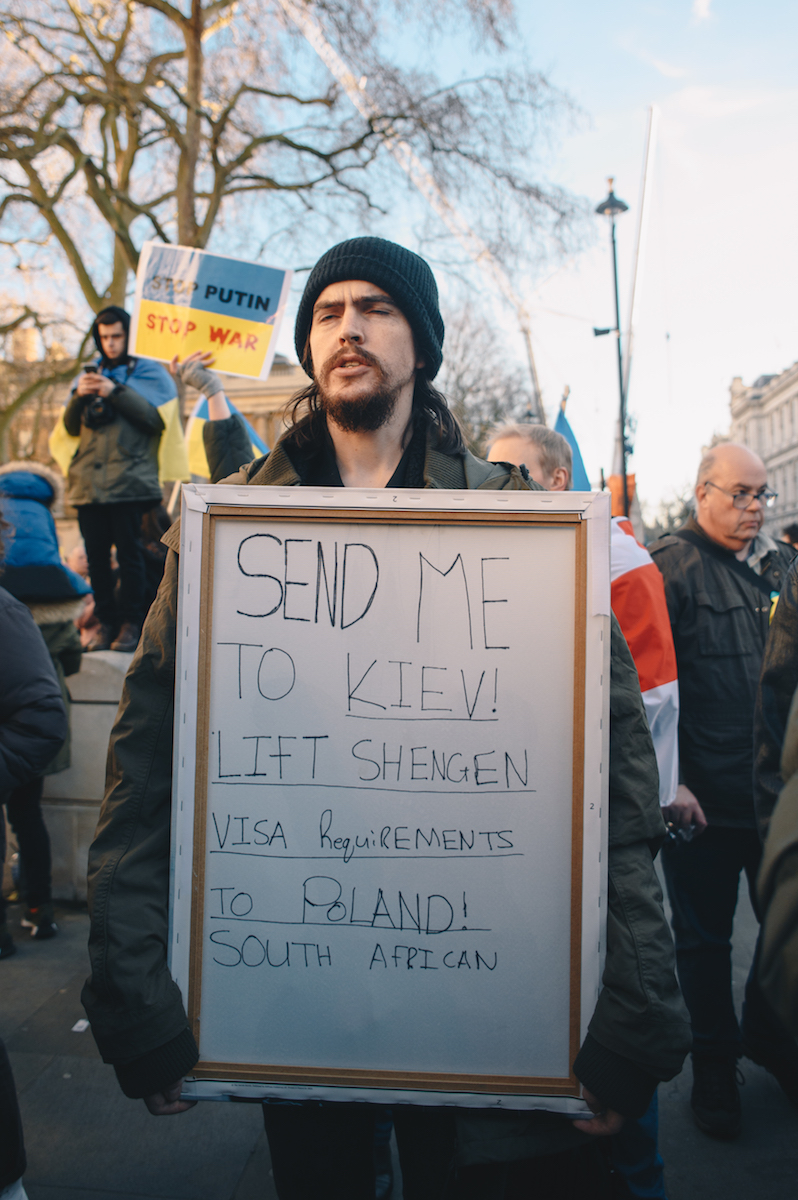 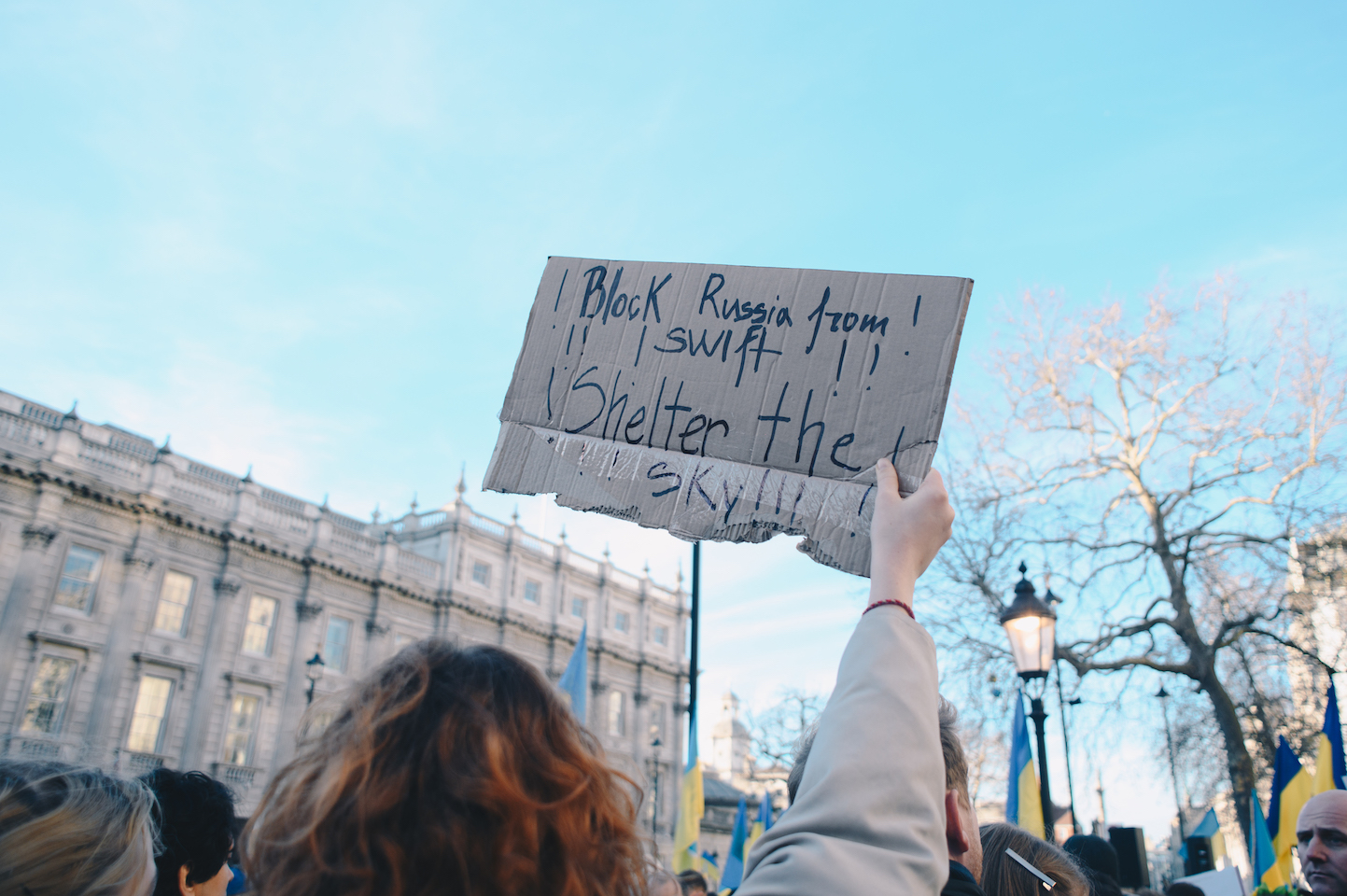 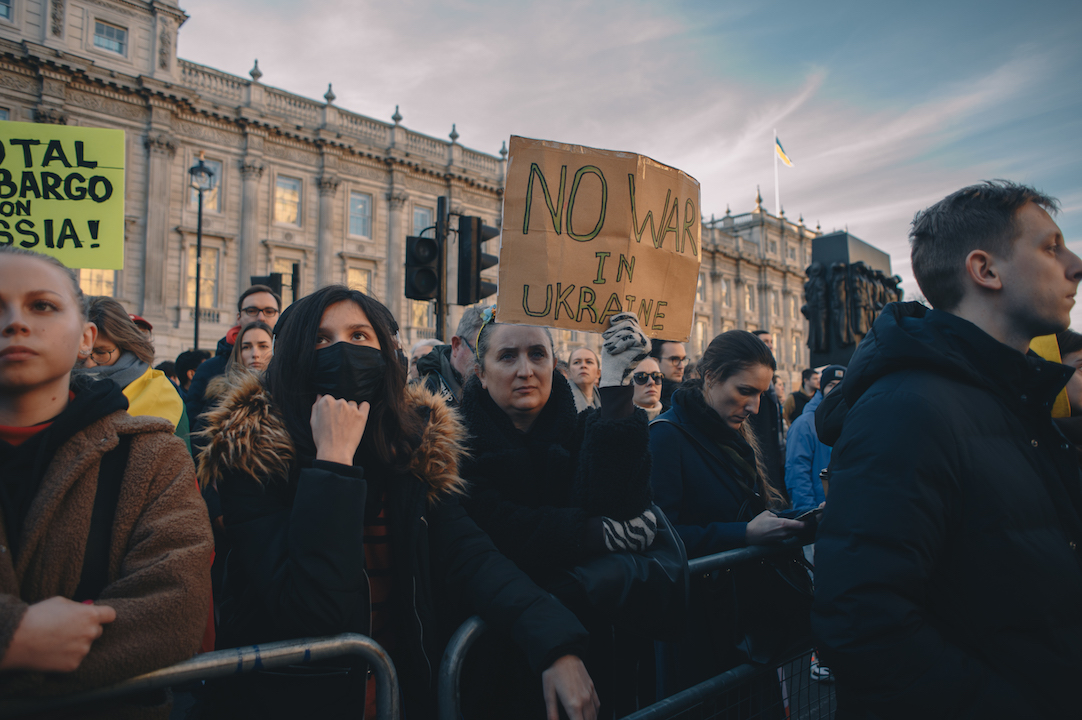 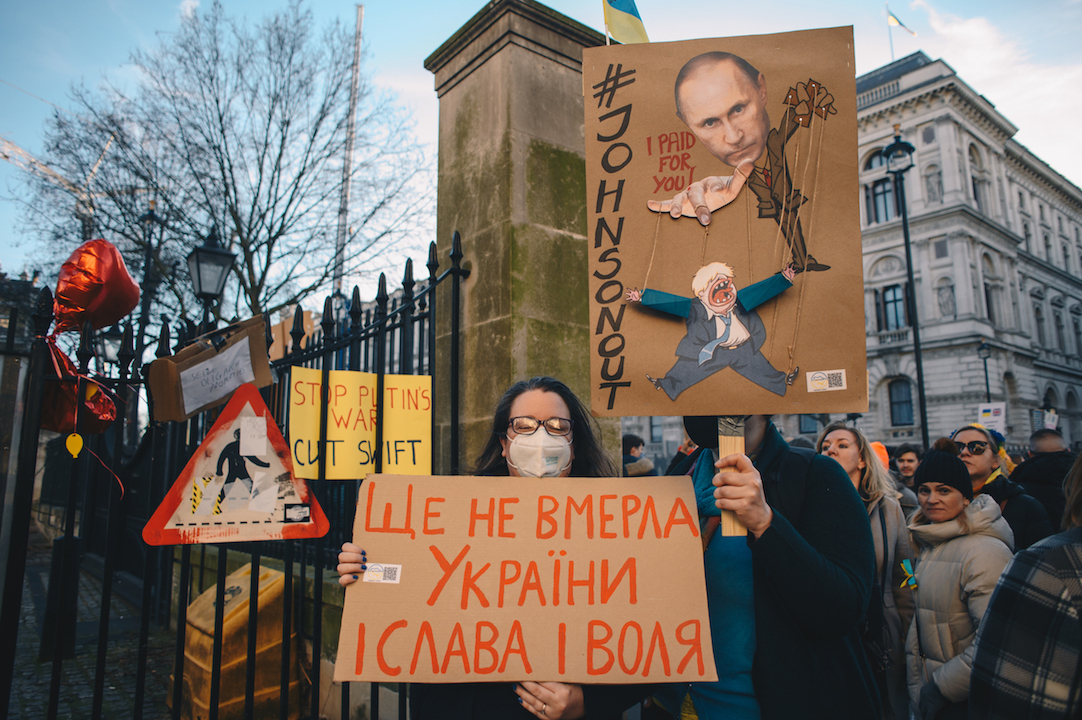 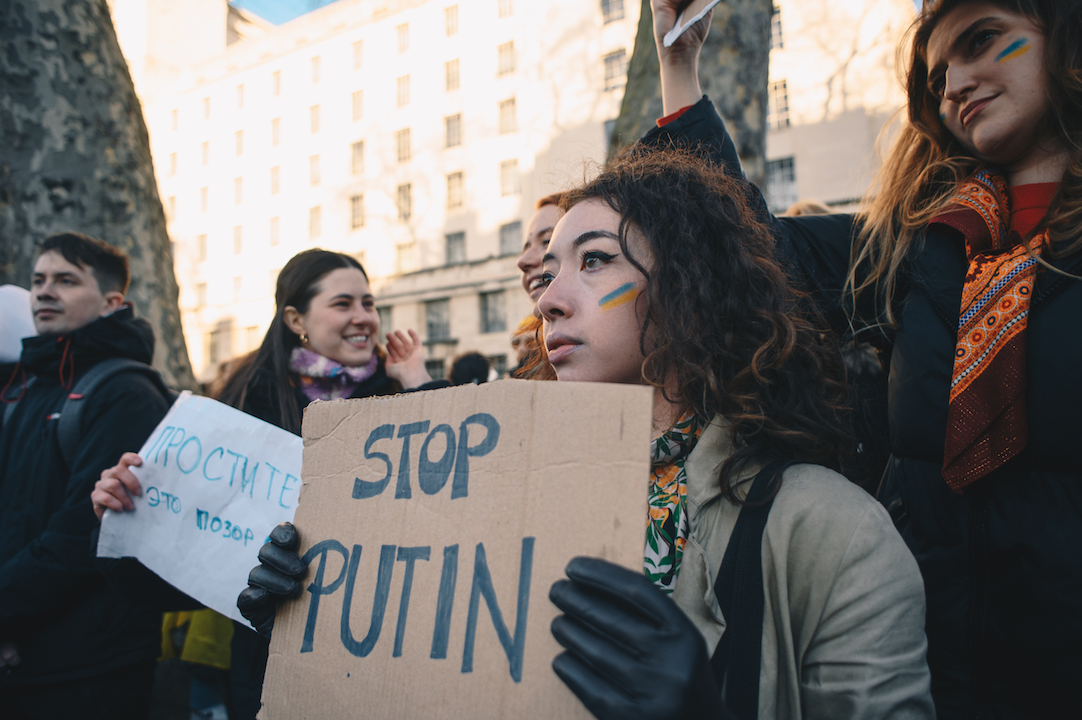 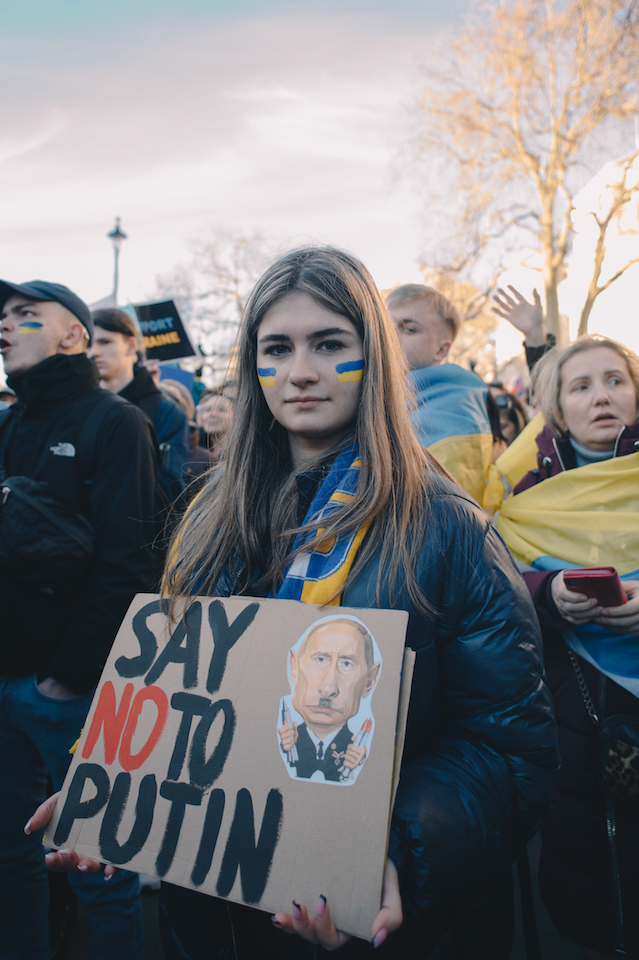 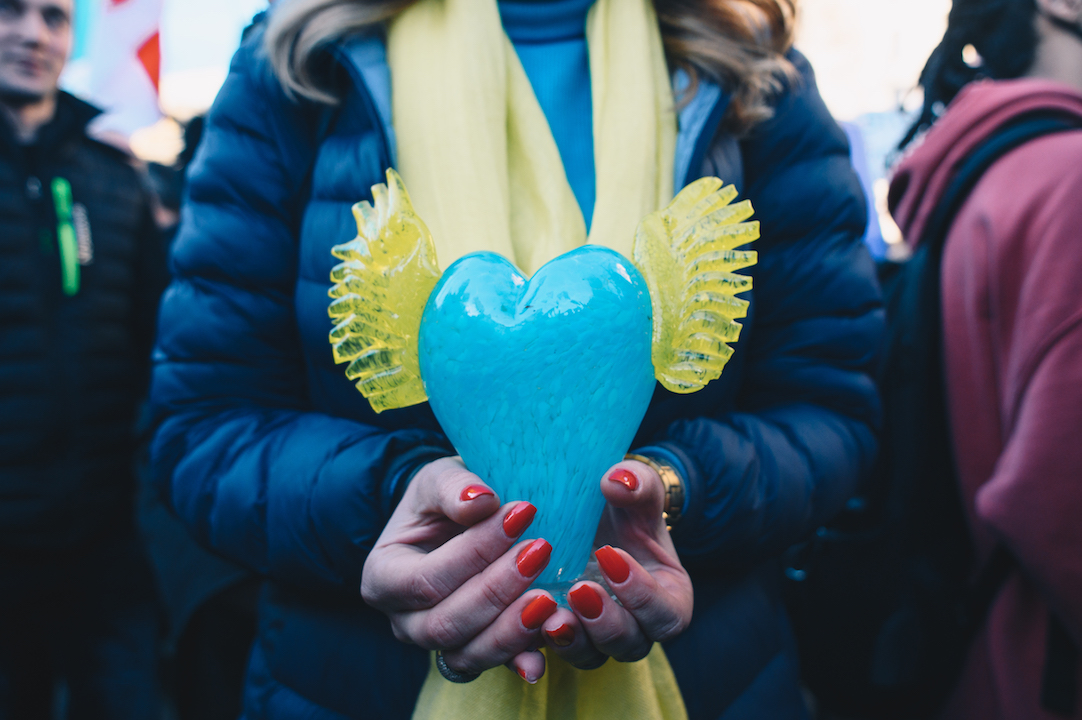 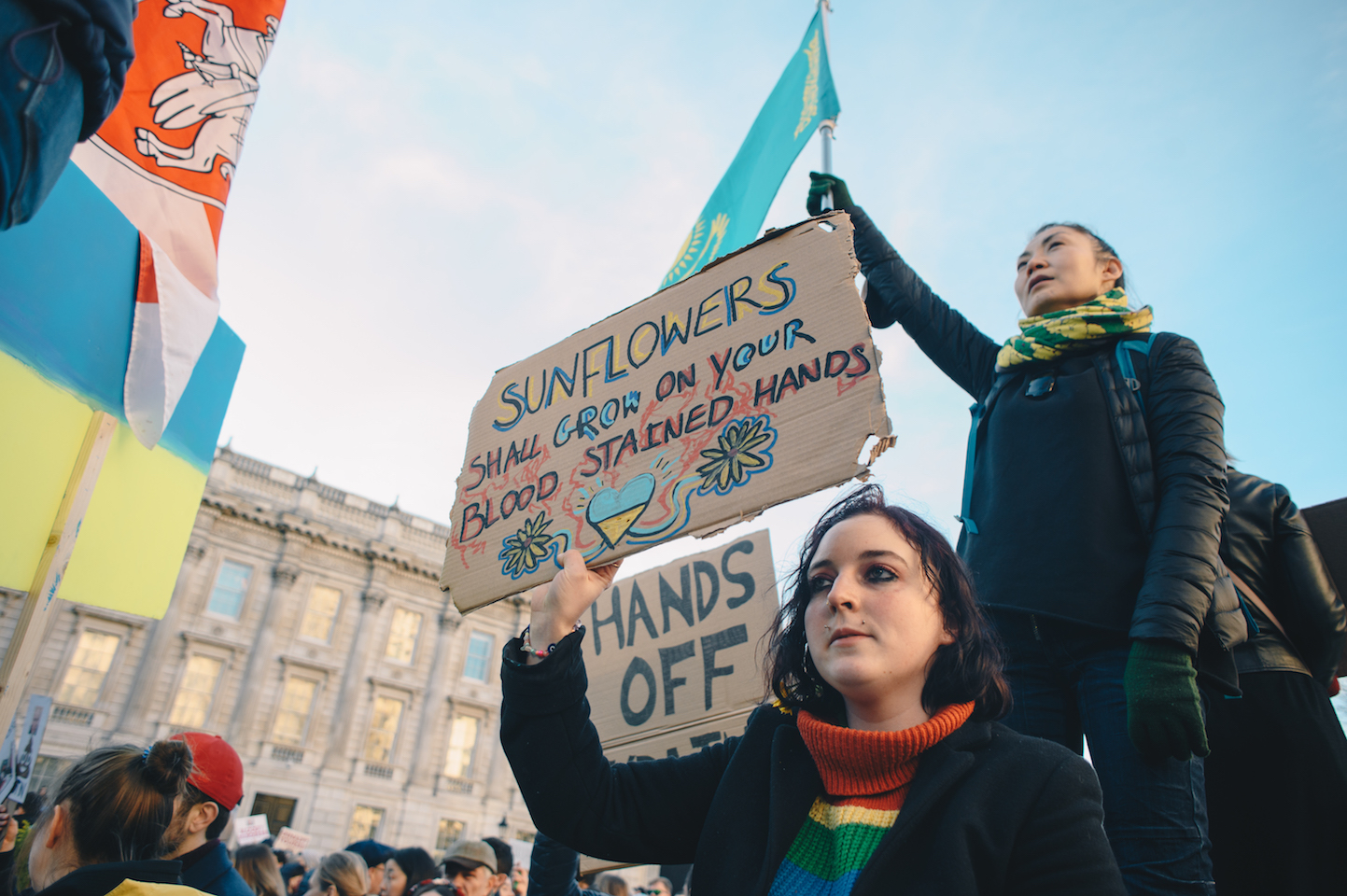 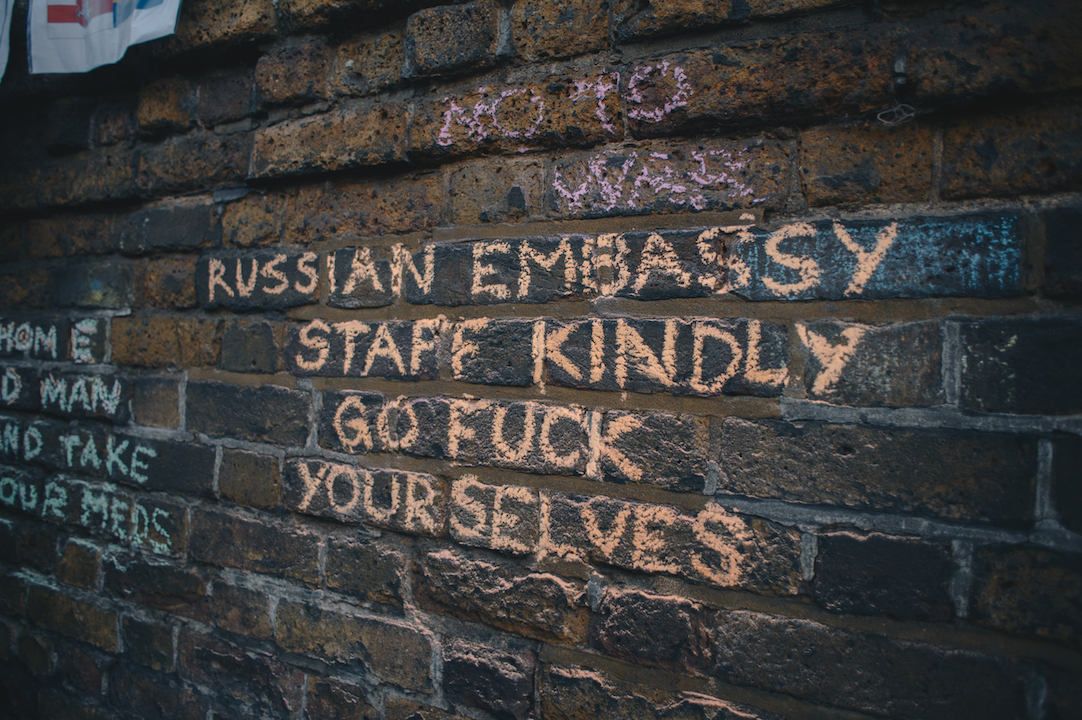 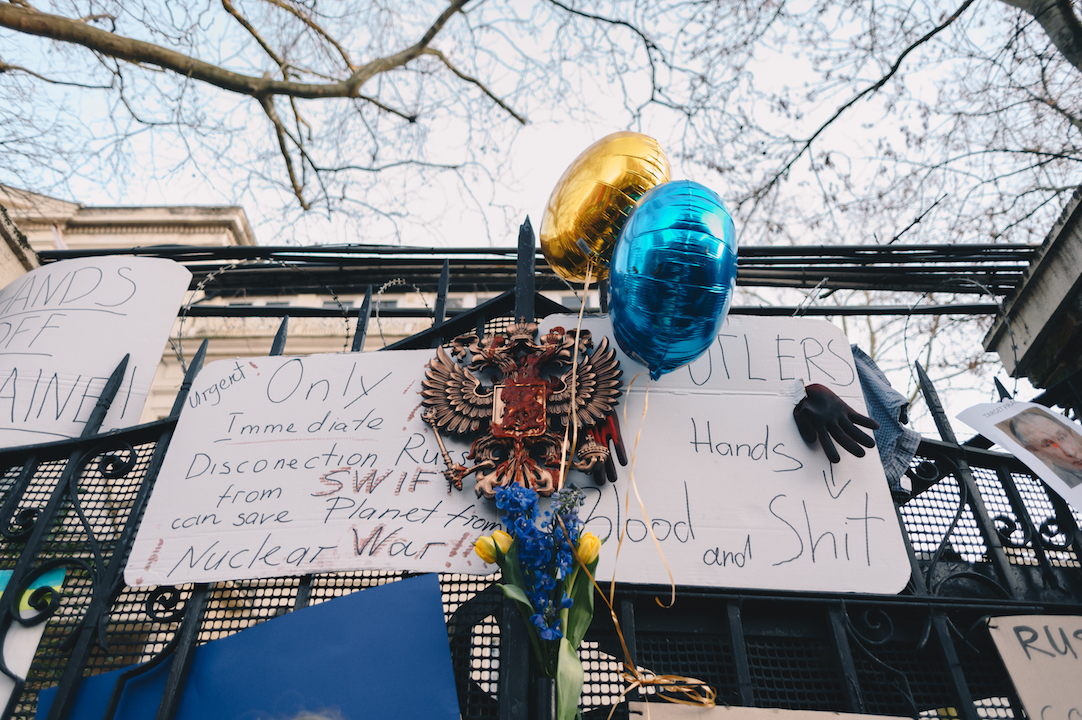 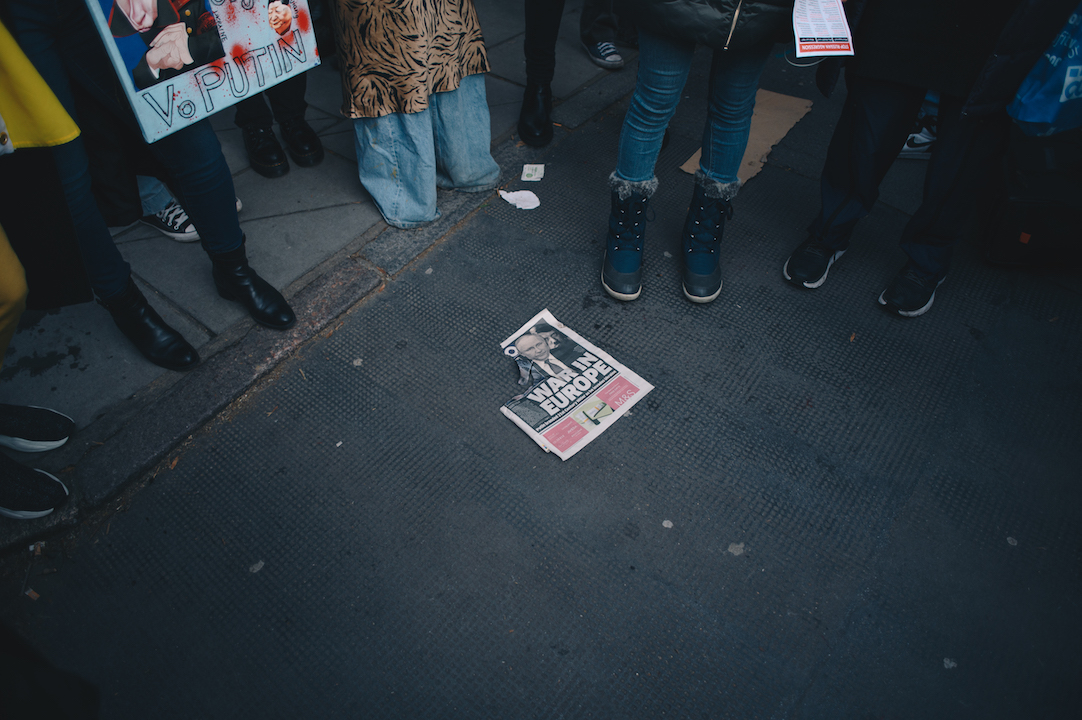 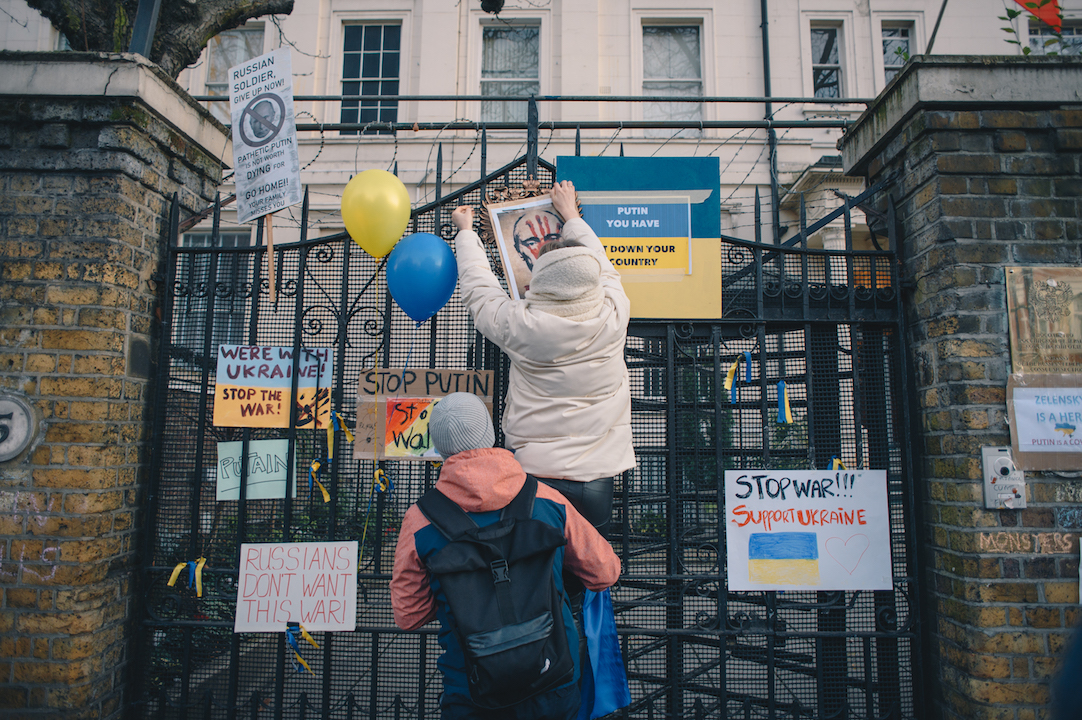 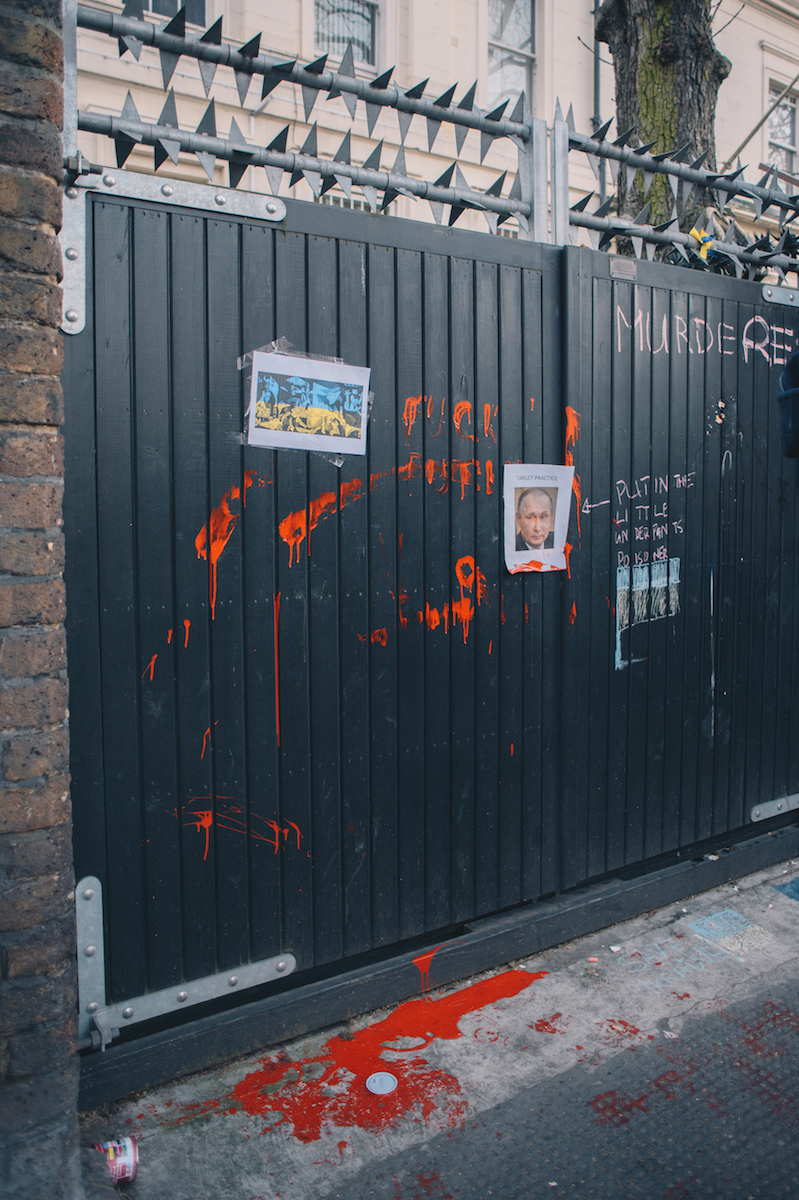 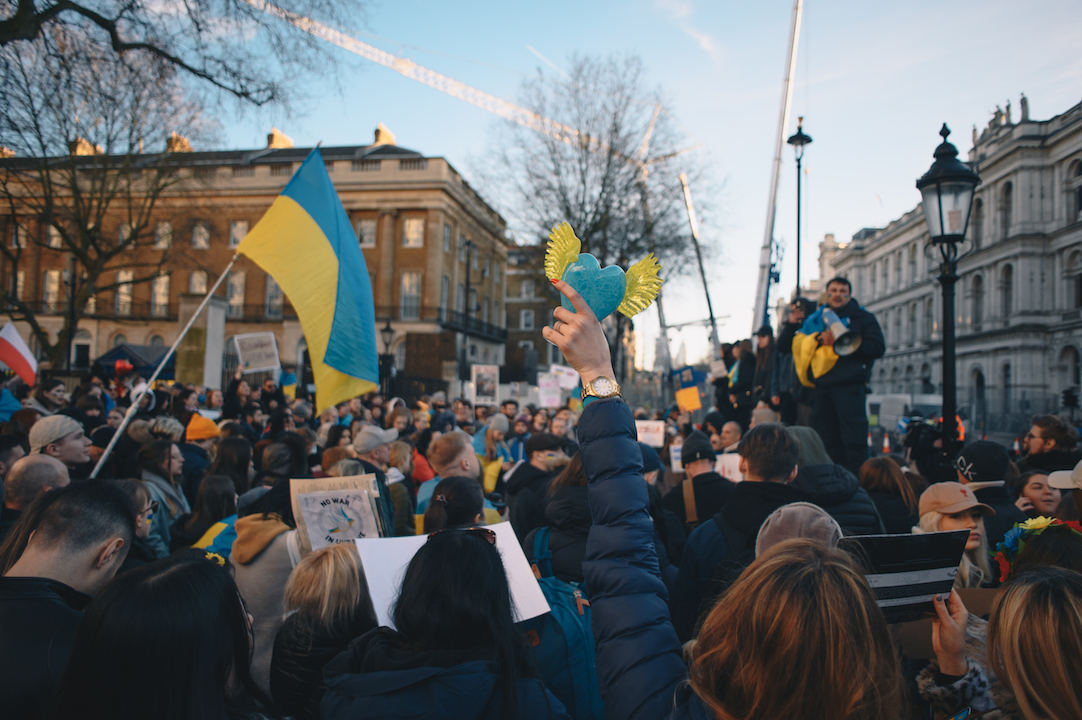 Linkedin
RELATED ARTICLES
OTHER ARTICLES
Photographer Bud Glick recounts documenting everyday life in the area, and what it taught him about the Chinese immigrant experience.
A series of photos by the late Jerry Dantzic taken in 1957 show a tender side to the iconic Jazz musician.
Protestors gathered outside Downing Street following the latest atrocities committed by Israel against Palestinians living in the besieged strip.
One year on from the fall of Afghanistan to the Taliban, Tiara Ataii speaks to those who have been forced to make the treacherous journey to Europe for safety, and the barriers and horrors they have faced.
Steel City is often overlooked when it comes to the country's cultural radar despite its role in shaping electronic music.
A new series of photos by Johny Pitts shines a light on communities and subcultures that have all too often been overlooked.