News & Politics / Reportage / What do small town teens think of the EU referendum? 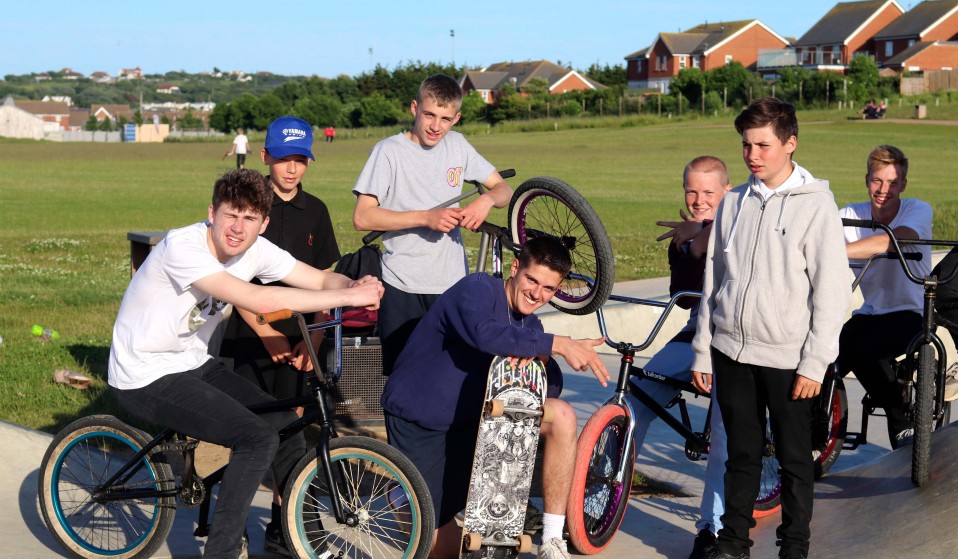 Most young people are expected to vote to remain in the EU when they head to the polls today, while voters from small, low income, high unemployment areas are more likely to vote out. So where does this leave small town teens?

Most young people are expected to vote to remain in the EU when they head to the polls today, while voters from small, low income, high unemployment areas are more likely to vote out. So where does this leave small town teens?

“We don’t get to vote so we don’t have an opinion,” says Olly, a rangy 17-year-old on a skateboard, speaking dismissively on behalf of the dozen or so other teenagers smoking, cycling and skating around us. “It doesn’t matter that it’s going to affect our future, we still don’t get to vote. Anyway, we don’t get told enough to decide.”

For Olly, when Brits head to the polls today to vote on their future within the European Union, they’ll be making up their minds based on vitriol and rhetoric – essentially offering us a choice between a right-wing Brexit and an endorsement of a pretty shit status quo.

But Olly standing opposite me is passionate, shouting down another kid who tries to speak up. “We should definitely stay,” he yells, drowning out murmurs about immigration, muddled with racial slurs. “Ignore him,” he continues, pointing at the small blonde kid in trackies. “He’s just racist. He doesn’t know what he’s talking about.”

I’m in Peacehaven, part of a flat, rather bleak swathe of suburbia on the English south coast, lodged between the towns of Brighton and Newhaven. This week the small town is awash with leave posters, and a good spattering of England flags too. In 2013 two UKIP councillors won seats in the area, and during the general election someone parked an ex-military tank on a grass verge beside the coastal road, draped in UKIP paraphernalia. It’s not hard to get a sense of the atmosphere.

Personal quirks aside, the population of Peacehaven fits a certain demographic: it’s predominantly white, and fairly low income, with unemployment at twice the national average. The population’s also pretty old – my parents used to call it Policehaven because it was stereotyped as full of retired cops (and because they love bad puns). According to the polls, these guys should be voting to leave the EU today.

But despite first appearances there are young people in Peacehaven too. Generally considered the scourge of the community, they’re a bit like immigrants in a UKIP hotspot: scapegoated, moaned about and vilified. There’s a thread on a local forum from 2006 about whether or not it would be possible to herd all the young people into some kind of purpose built giant glass bus shelter, where they could smoke and drink in isolation from the community, but with the police able to drive past and observe them at intervals. It’s an idea that’s not yet taken off.

Young people across Britain are said to want to stay in the EU. At least, this is the case in cities, where middle class teens and twenty-somethings see their future and freedom in Europe, not on an isolationist, stagnating and ultra-nationalist island. This leaves kids like Olly in either both or neither camp, depending which way you look at it; it’s not clear where young people in small, predominantly working class towns fit in, will they vote like their parents, or like their peers?

“I honestly don’t know much about it,” says Harley, a 17-year-old in white jeans and matching Nike Air Max trainers, who’s loitering outside the Co-op, because frankly there’s fuck all else to do here. “I just think we should leave because that’s the opinion I’ve heard the most.”

It’s a sentiment shared by the overwhelming majority of under 20s I speak to around my small town. In fact, Olly was the only person out of about two dozen I spoke to who wanted to remain.

What had filtered through to these kids was overwhelmingly propaganda from the Leave campaign. As elsewhere in the country, pro-Brexit mantras had better penetrated, and the Remain Campaign just didn’t seem to have much presence.

“Leave,” barks Owen Derek, a 16-year-old lounging on a BMX, before I finish asking the question. “I want us to get out. I think that if Switzerland can do it, we can.”

“Turkey are coming to the EU, and if we stay in loads of Turkish people will come here,” argues a kid who turned out to be just 13. “We should leave because for the first couple of years it wouldn’t be that good, but in the future it will be so much better.”

I ask George Head, 20, if he agrees, as he’s actually old enough to vote. “This is this is going to sound pretty racist, but the system Australia’s got, where you need a visa to get in, I think it should be like that here,” he replies. “Not just letting everyone in. And if we stay in don’t we have to pay £1.5 billion or something?” He turns to Owen, “wasn’t your dad saying? your dad doesn’t know shit, but still…”

I find this pretty depressing: only the odd independent thinker or controversialist has said anything in defence of remaining in — like a blonde kid who said he wanted us to have allies if terrorists bombed us.

“No they’ll support us anyway,” jumps in a thirteen year old, with the gravitas of certainty.

“But what about America?” asks the first kid.

“America were never in the EU”

The thirteen year old rolls his eyes. “Oh my God.”

The Remain Campaign doesn’t seem to have reached out to young people in Peacehaven with anything they can connect to, maybe because it’s essentially a vote for the status quo — by definition it can’t offer them the change the Leave Campaign is promising.

It’s difficult not to empathise with these young people – for a lot of the guys I speak to there’s very little to lose.

Chey, 19, is also actually old enough to vote. “Out” he says, at the mere mention of Brexit. “Out. We should leave because we spend too much on shit, like giving everyone else 350 million a week and we get fuck all.” 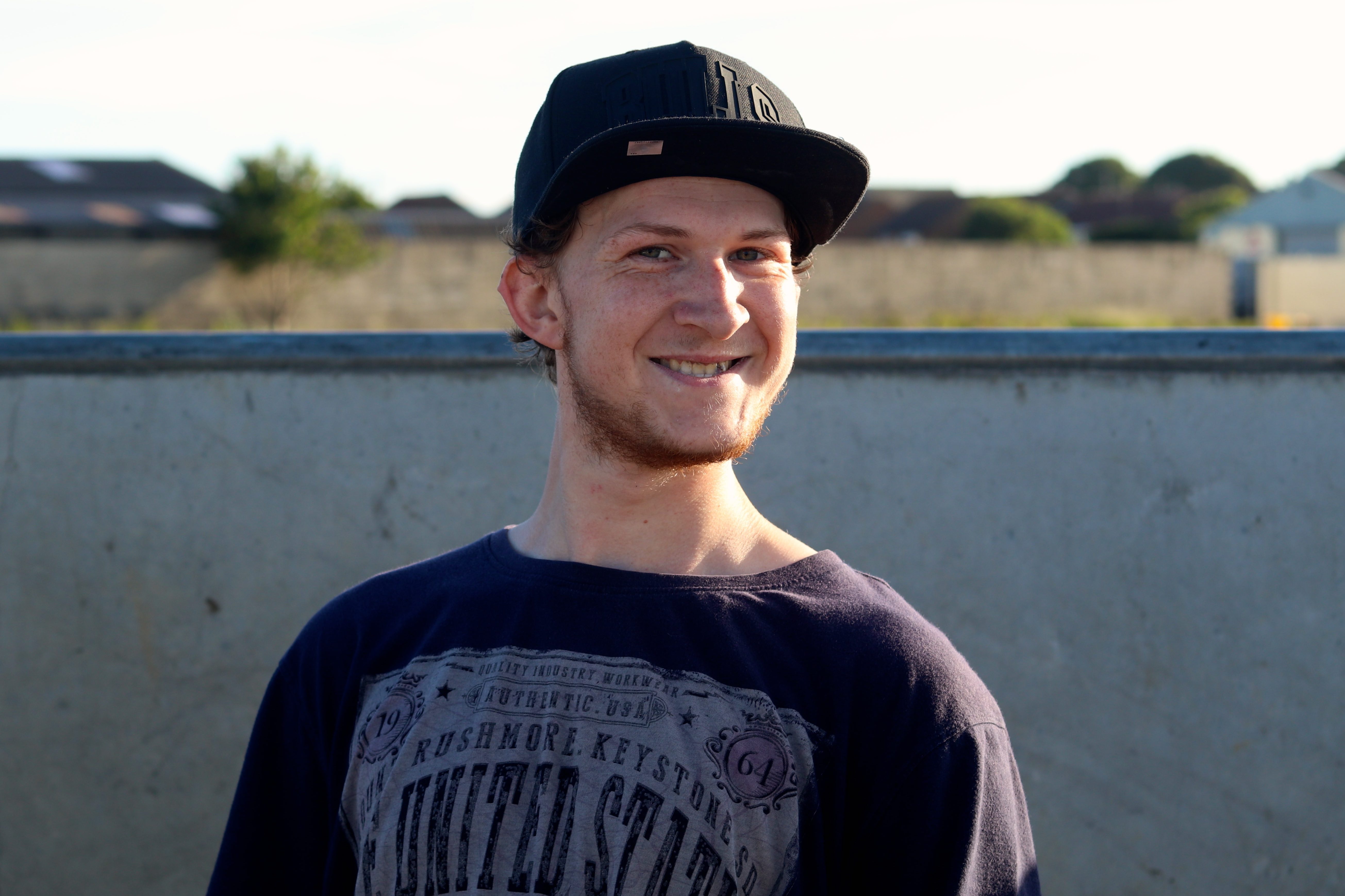 “They say we’ll be able to open up to more trade rather than just being restricted to EU trade, therefore we can create more jobs,” he said. “I’ve been jobless for about a year and 3 months. I need that.”

“I mostly follow my mums opinion which is to be out,” says Morgan Smith, a quiet 16-year-old sitting with her whippet also outside Co-op, “but I think that’s mostly because of jobs for young people: she says we’d have better jobs if we were out. We’d get more opportunities.”

“I think we should leave,” agrees Lauren, a 14-year-old, waiting for a bus into Brighton with her skateboard. “There are just more benefits: I don’t think we should stay, it’s expensive, there are too many migrants in this country. My mum is voting leave.” 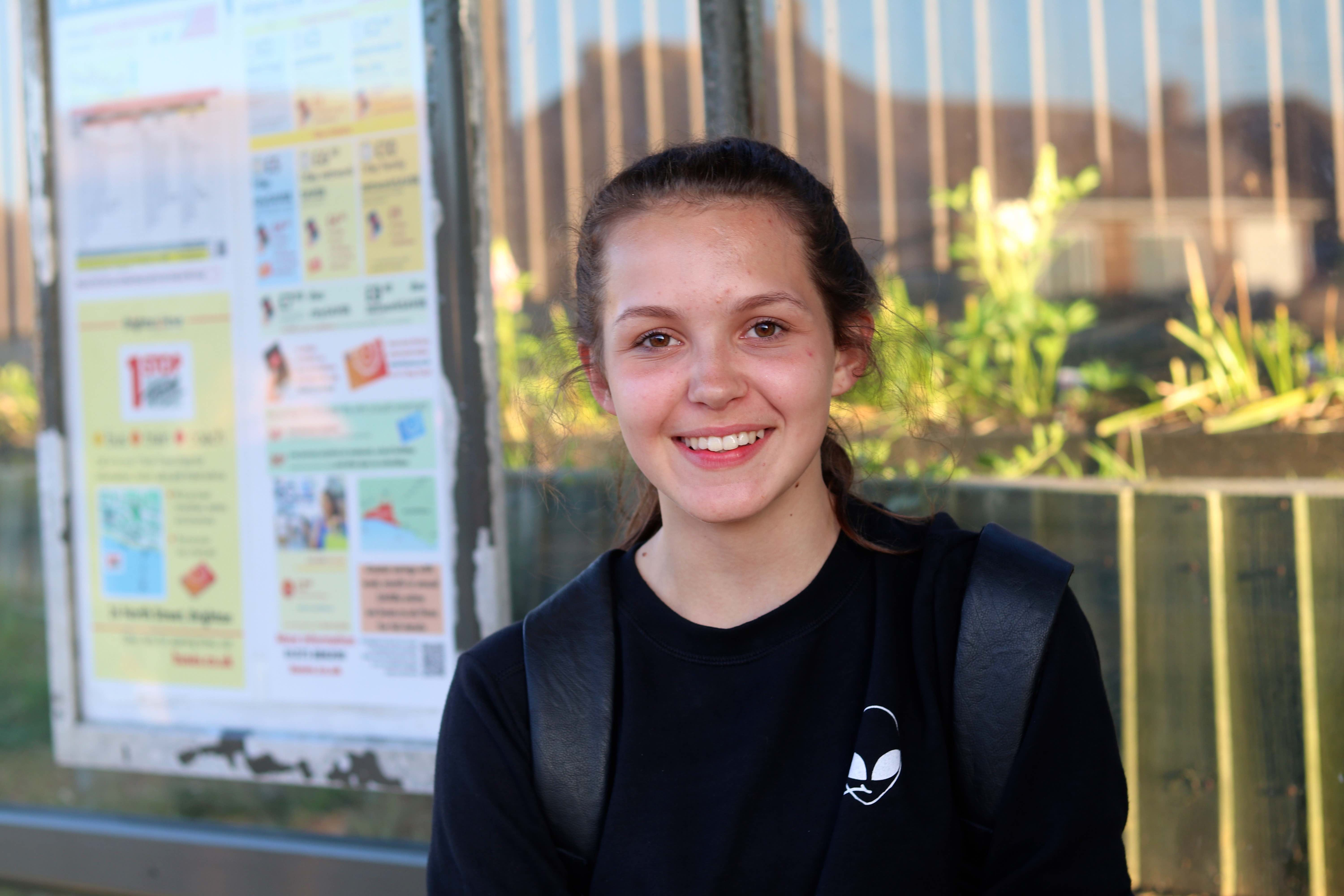 I thought that maybe some young people in Peacehaven would be swayed by the benefits being part of Europe offers young people, for instance, being able to easily study and work abroad. But it seemed that these opportunities don’t feel tangible to the majority of young people in small towns. There are more real, pressing issues at home.

“I’ve looked at working in Europe before, ” explains Chey. “But with a child on the way I can’t.”

The no campaign have made an effort to speak to people like Chey; they’re offering an alternative to how things are now, and for him almost anything seems better.

If kids elsewhere feel like Chey, a Remain Camp relying on young people’s votes might not do as well as predicted today.

Linkedin
RELATED ARTICLES
OTHER ARTICLES
Rhiannon Adam spent three months capturing an ageing society wracked by division, isolation, and the aftermath of scandal.
Thousands attended the annual event this year to wheelie through the city and call for ‘knives down, bikes up’.
By turning a real-life crisis into daytime television fodder, TV bosses have once again shown themselves to be completely out of touch with audiences.
Financial turmoil is pushing people who work in the sex industry into more dangerous and desperate situations as a means of survival.
Ahead of the release of their first collaborative album, the producer and rapper talk psychedelics and the state of UK hip hop.
Birdy Chu reflects on documenting the historic moment in which the territory was formally passed back from the UK to China.