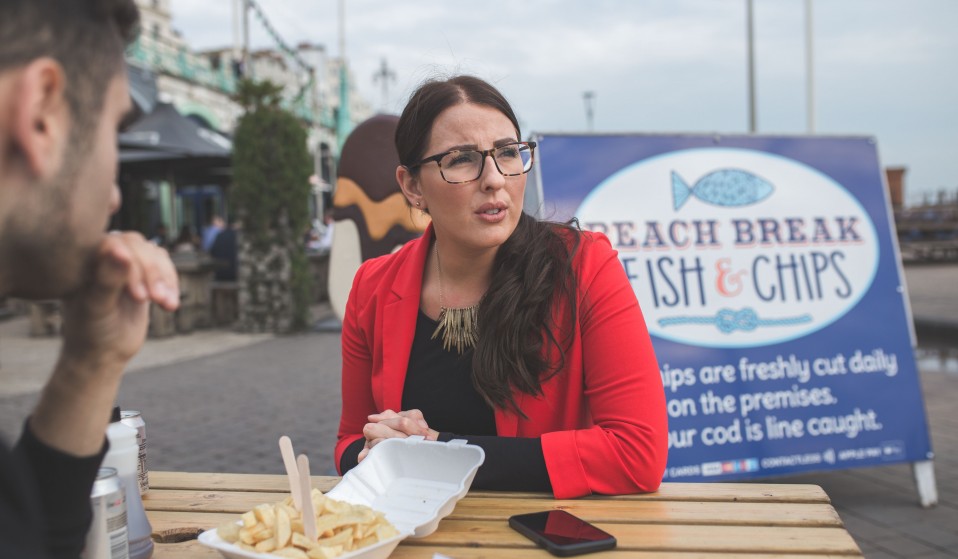 We talk class, the death of the centre, and why politics isn't just for special people with the Labour MP over some chips on the Brighton seafront.

We talk class, the death of the centre, and why politics isn't just for special people with the Labour MP over some chips on the Brighton seafront.

Few MPs ever attract the hype that has already been directed towards Laura Pidcock, especially not when they’re in opposition and only a few months into the job. When I first bumped into her last Sunday afternoon just outside the Brighton Centre, where this week the Labour Party has been holding its annual conference, there’s already a queue of people waiting to grab her attention: for a selfie, a chat about policy, or just an opportunity to show her some support. It’s a reflection of her staggering popularity.

It was only three months ago that she was elected for the first time to Parliament, but already the 29-year-old is making waves in Westminster. Her maiden speech in the House of Commons went viral – an impassioned and honest four-minute ode to her constituency in Durham, Northern England, which called out the “confusing” and “archaic” Palace of Westminster from which she spoke. “I don’t think it was well written or well performed,” she reflects, “it just spoke to this anti-establishment feeling that is out there, the discontent.”

Piddock’s campaign to halt the roll of universal credit has been gaining traction, while comments made in a recent interview – namely that she couldn’t see herself getting friendly with a Tory MP – have seen her labelled a “radical” and a “firebrand” by much of the press.

“I think there’s a little bit of a caricature being formed of me,” sighs Laura in her strong, Northumberland accent. “The media will carve out the vision of you that they want to represent.” 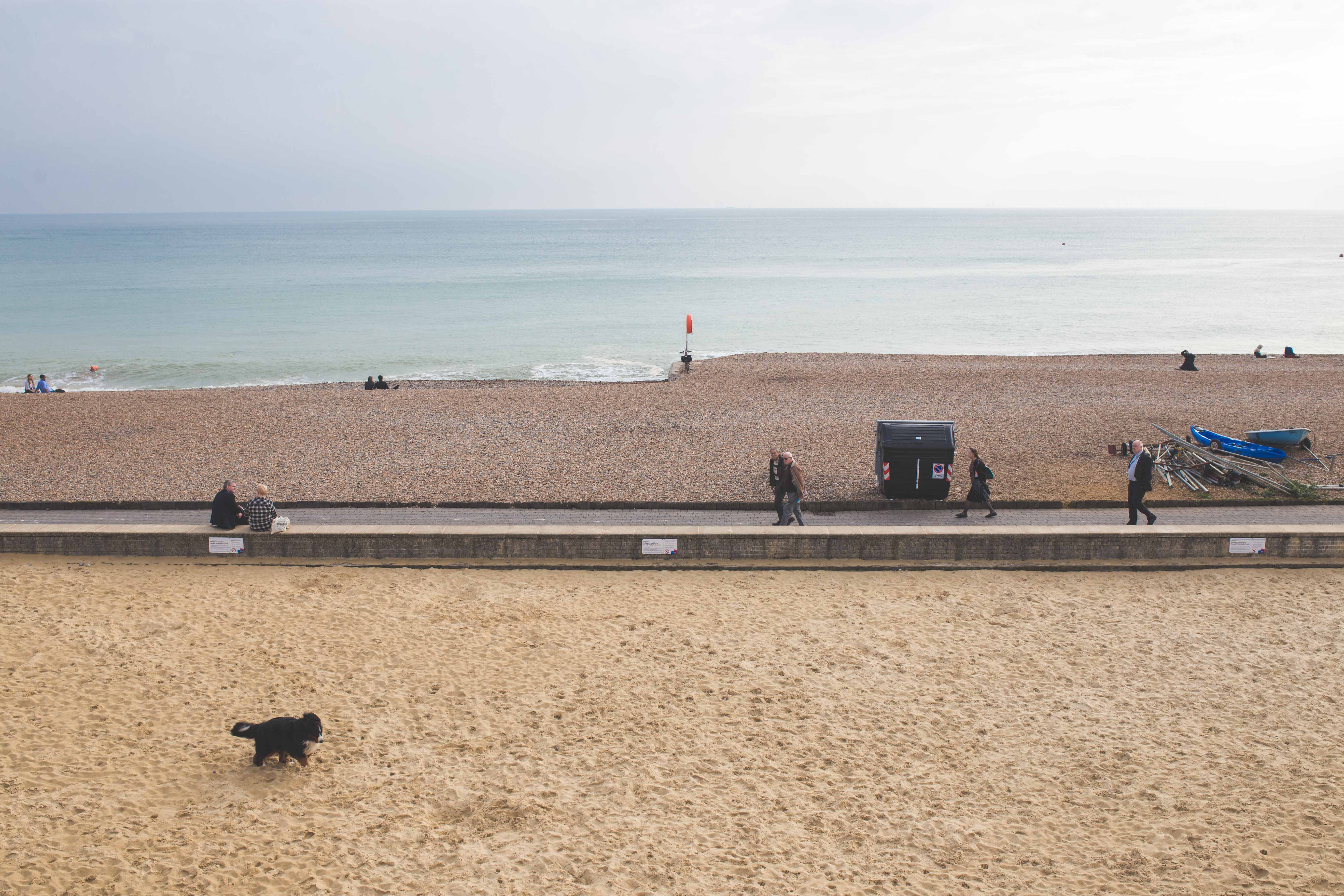 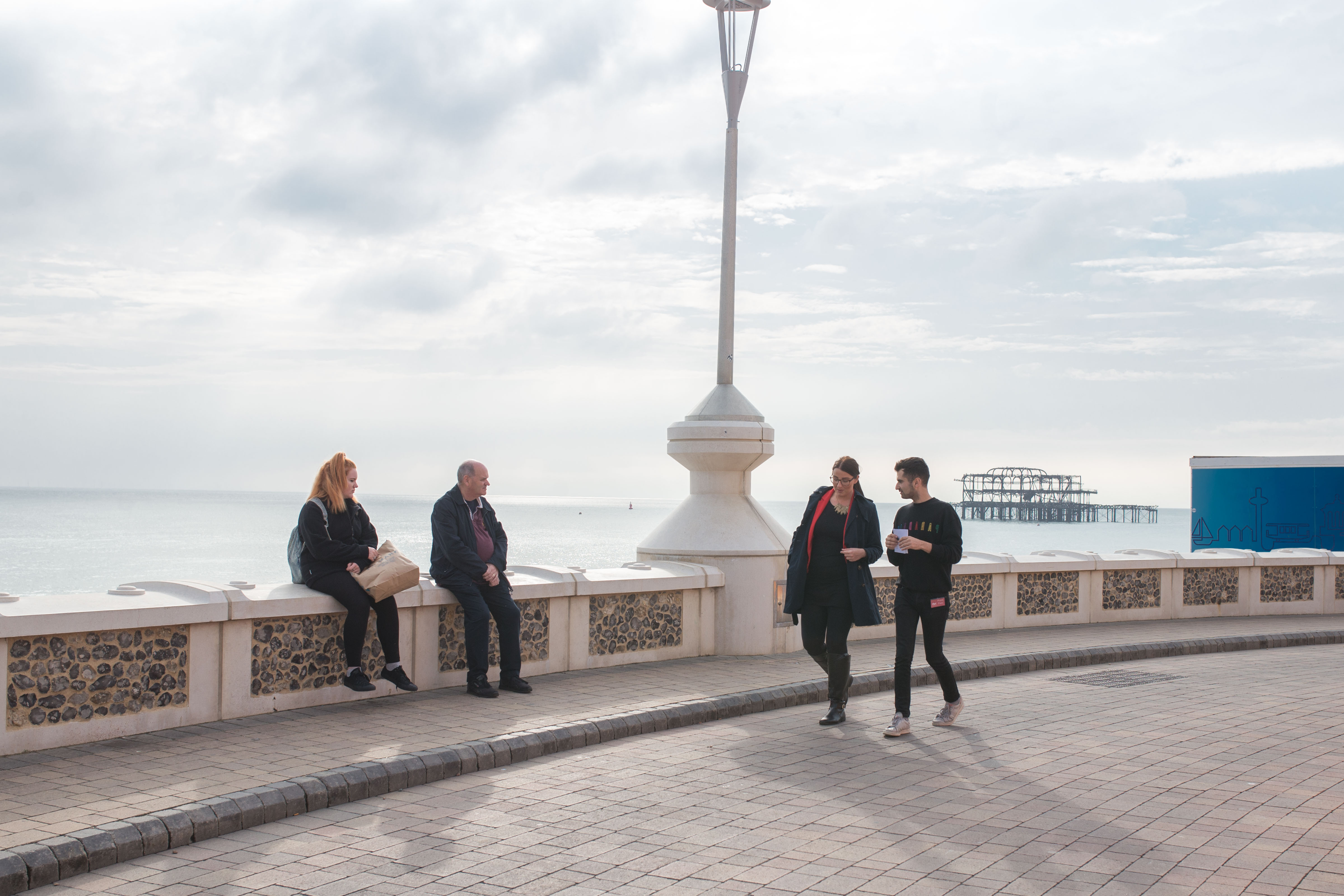 Pidcock believes some of the attention from the right-wing press is an effort to delegitimise her voice and the movement and class she’s so proud to speak for: “If you’re trying to ‘other’ or deflect from the substance of what I’m saying… then it can discredit the substance.”

“I think it’s fairly rare to have a northern, working class, left-wing, feminist socialist in parliament,” she continues, when I ask if she was expecting so much attention when she was elected back in June. “But I also think it’s an attack on the power of what we’ve got to say. If what you’re saying reflects a feeling in a country, but you’ve got a platform and a fancy building to say it in? That’s worrying, because people might start saying ‘eh, she’s saying what I think’, and that worries the powerful.”

I’m meeting the Member of Parliament for North West Durham on the Brighton seafront, after Sussex Police decided to refuse me access to the conference centre opposite where we’d planned to meet. As with pretty much everything that has been thrown at her since taking office, Laura takes this in her stride. “It’s nice to get some air out here anyway,” she says smiling, as we make out way down to a chippy.

Walking together along the pebbles that adorn the Brighton seafront, Pidcock looks comfortable – happy, even. Party conferences are tiring and stressful for anyone in attendance, especially for MPs addressing countless fringe events while expected at receptions and meetings at all hours of the day. But Pidcock is not bothered. “The atmosphere is so different this year, so exciting,” she says, wired on caffeine and anticipation.

Finding time to eat though isn’t always easy, so we grab a bag of chips and take a seat looking out to the coast. 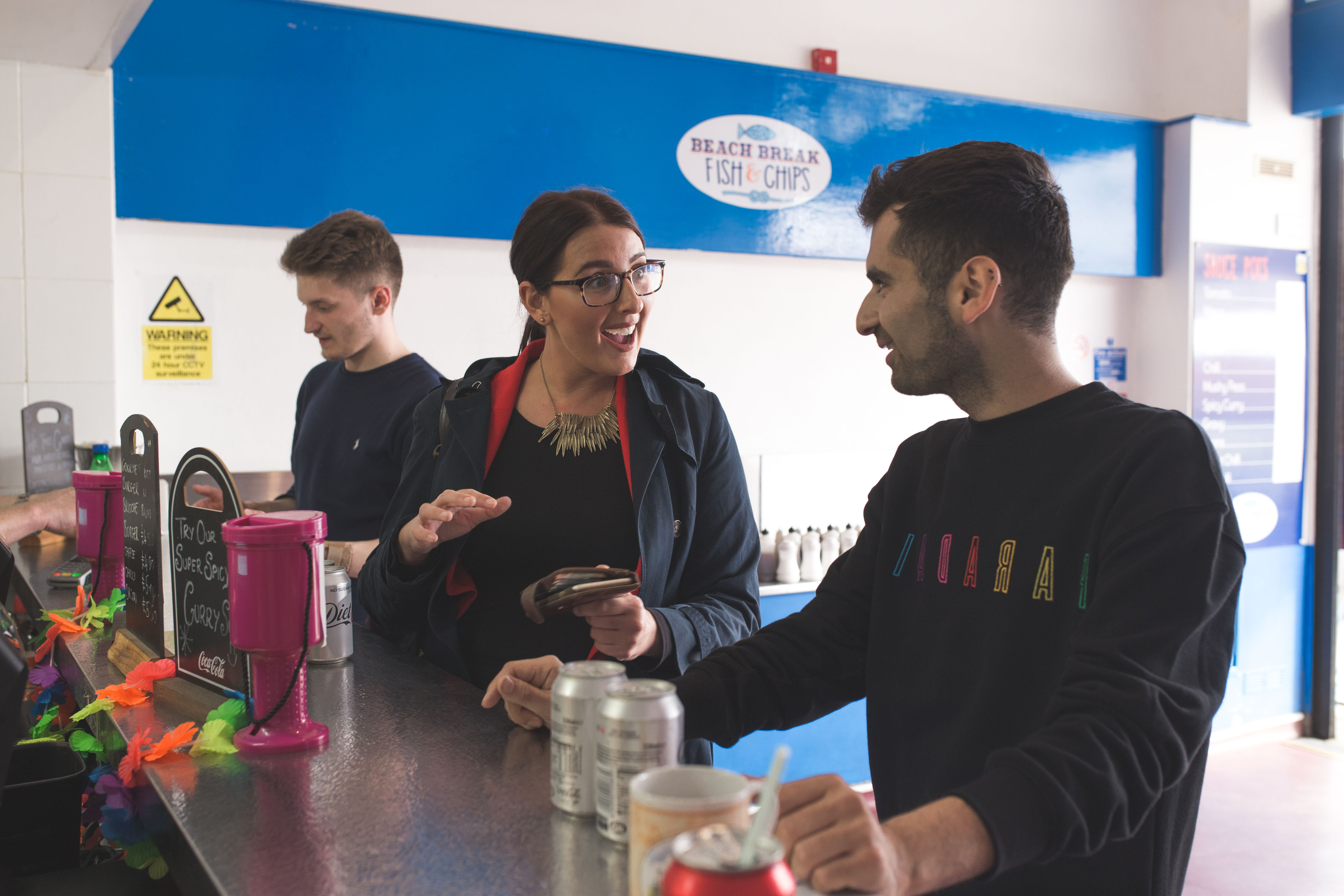 The buzzword in the build-up to and at this conference was “democratisation” – putting power into the hands of the party’s membership, which is now sitting comfortably at close to 600,000. Grabbing a chip, I ask Pidcock to explain exactly what that means.

She takes a minute and starts smiling, then tells me a story about her father. “My dad always said to us that it would be really nice to think that he could have a little wine on a Friday night, and be thinking about the world, and then come up with a really great idea that could – through a movement – become what we fight for. To me, it’s as simple as that.”

As far as Pidcock sees it, that’s what the movement she’s a part of is ultimately fighting for: the notion that a kernel of an idea can be presented to a collective movement, before a clear and transparent process allows it to become Labour policy and ultimately law. Democracy and collectivism in its purest form.

It’s an inspiring message, a path that the party is beating – but there are some practical issues that will need to be addressed.

One is the percentage threshold of support needed from MPs for someone to get on the Labour leadership ballot. To save a clash at the conference, the Labour NEC agreed to a reduction from 15 per cent to 10 per cent which, given the current makeup of the PLP, will work in the left’s favour.

“I have to admit I’m not a rulesy person,” she laughs. “For me, the percentage quote doesn’t matter. The principle to me is: are members further or less enfranchised by the rule changes? I’ll always support further enfranchisement… If that’s lowering the threshold? Fair enough.” 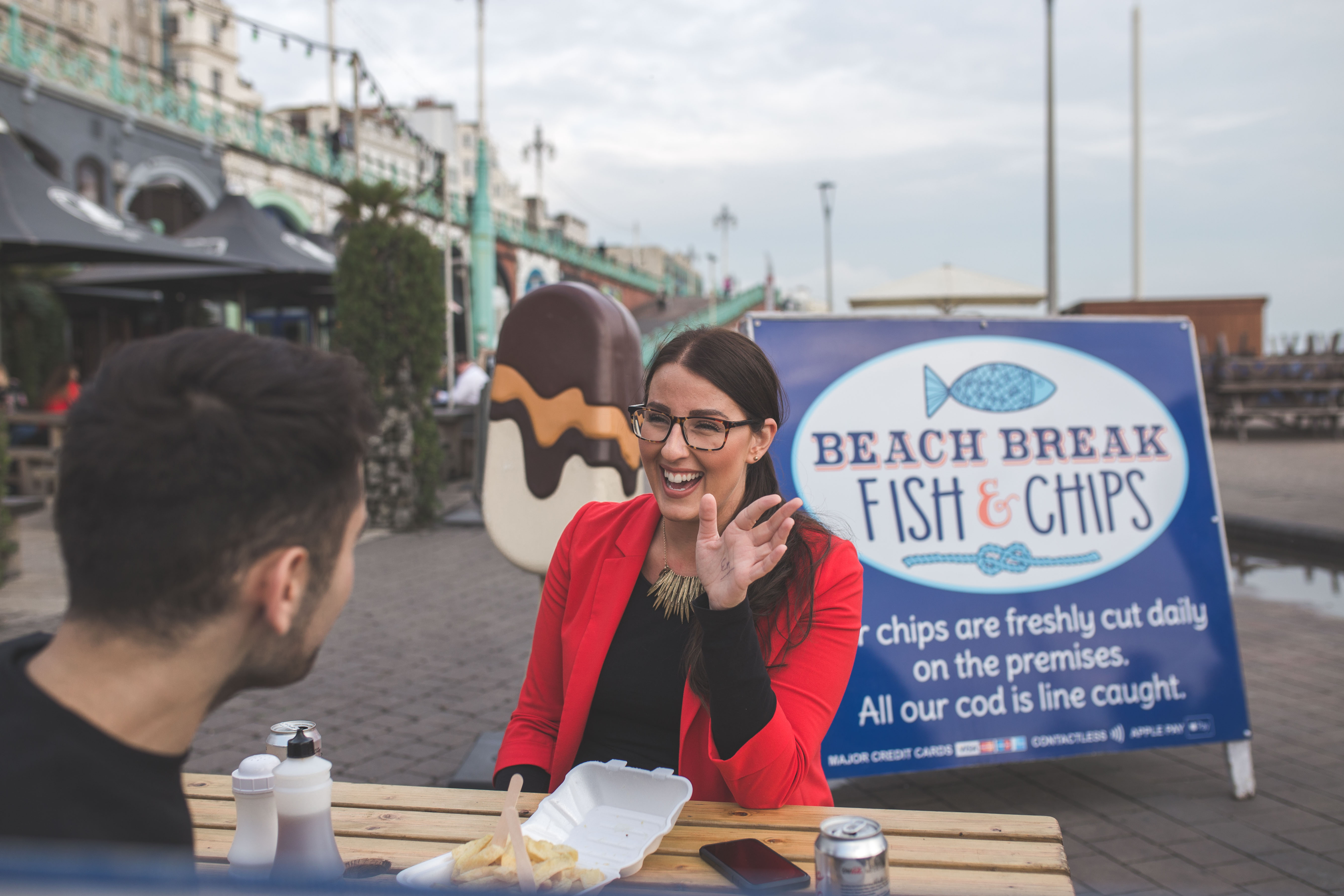 The conversation turns to mandatory reselection, which in simple terms would force sitting MPs to persuade their local parties to let them keep their seats. It’s been a controversial topic in Labour since Corbyn came to power, put simply because many Labour MPs have tried to derail the Corbyn project which puts them and their local parties out of step.

“People do get a bit ego over this,” says Laura. “People are not voting for Laura Pidcock. It would be ridiculous for me to think that it’s anything to do with me. If my name was there on the ballot paper without the Labour rose I’d get about one vote.”

I ask whether she’d accept her CLP saying they didn’t want her to represent them anymore. “I’d have to trust that. It’s about the movement, and you politically live and die by those principles.”

As far as Pidcock sees it’s as simple as that: mandatory reselection is nothing to be afraid of.

We chat about how she relaxes since being elected to Westminster: The Sunday Eastenders omnibus, pottering around the house while listening to Women’s Hour, and having a drink – she isn’t fussy about what of – down at the pub. We cover the House of Lords (“scrap it”) and whether Parliament should be moved from London (yes), before it strikes me we’re already running way over time.

This afternoon marks the end of Labour’s 2017 annual conference, an event that by all accounts marks a step change in the way the party’s formal structures look and run. Since Jeremy Corbyn’s first Labour leadership election back in 2015, the party has been in a state of flux – a broad-based and growing membership marching in tune with the leadership, while the old-guard do all they can to resist the leftward shift.

The result of June’s general election – which saw Labour’s share of the vote increased by its highest percentage since 1945 – has forced some of Corbyn’s critics to accept defeat, but others – even at this conference – are still moaning. They’re still desperate to argue that, despite all the evidence and excitement, centrism isn’t actually dead. Is she worried about the naysayers? 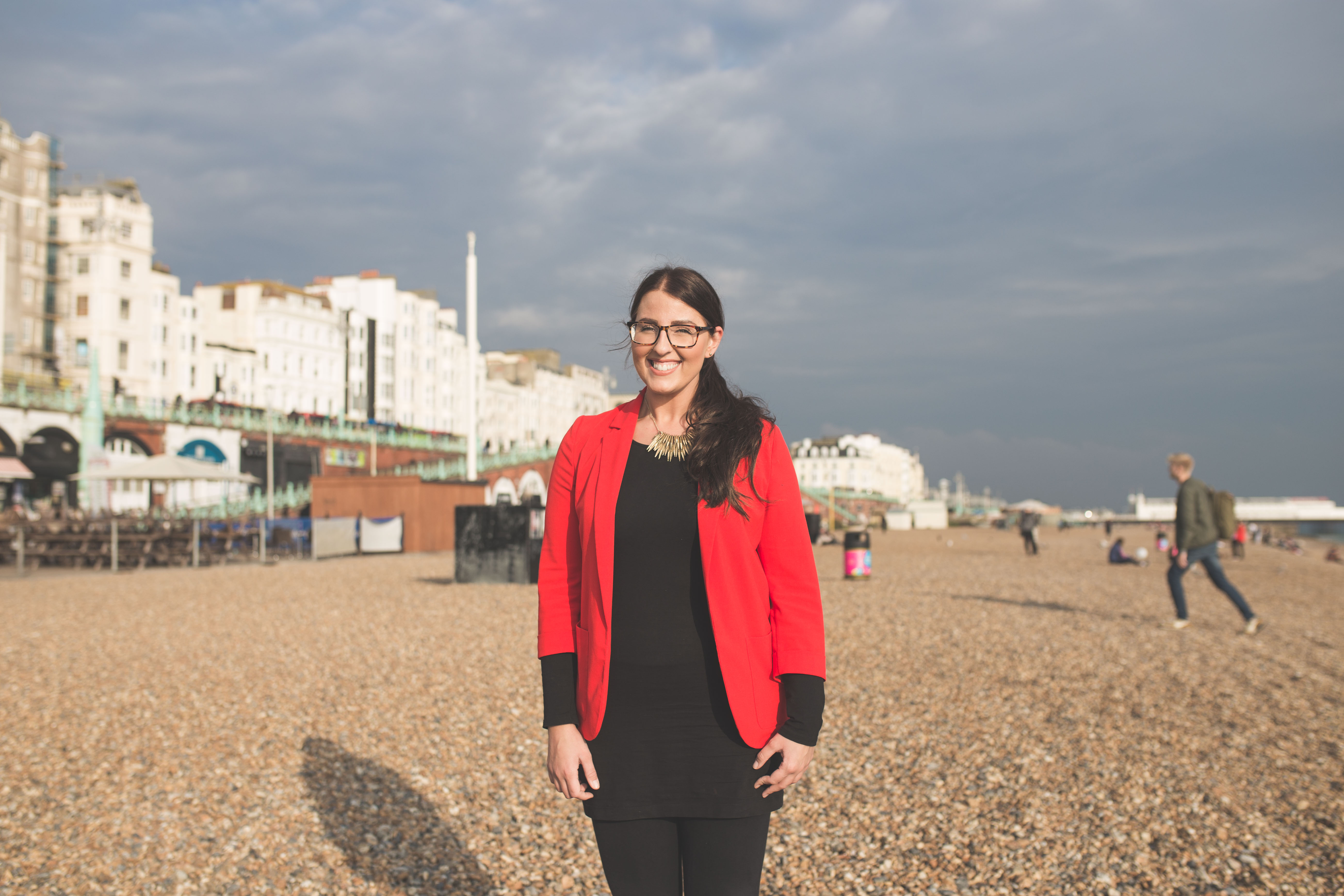 “I do think that time is over now, honestly,” she replies, “it’s a battle of ideas. The people haven’t gone but they have to realise that our arguments are on the right side of history and there’s no appetite for the political centre anymore.”

I point out that at a Progress rally the night before the right of the party met to lick their wounds and plot for the future.

Pidcock is unapologetic about her principles, her politics and her class; it’s refreshing. Take her response when I ask what about Parliament frustrates her most.

“I just can’t believe the confidence with which people who know nothing about the conditions of poverty stand up and pontificate about it. Jacob Rees-Mogg who pays himself £15k a month from his shares on top of his MP salary telling people to live within their means? It’s outrageous.” 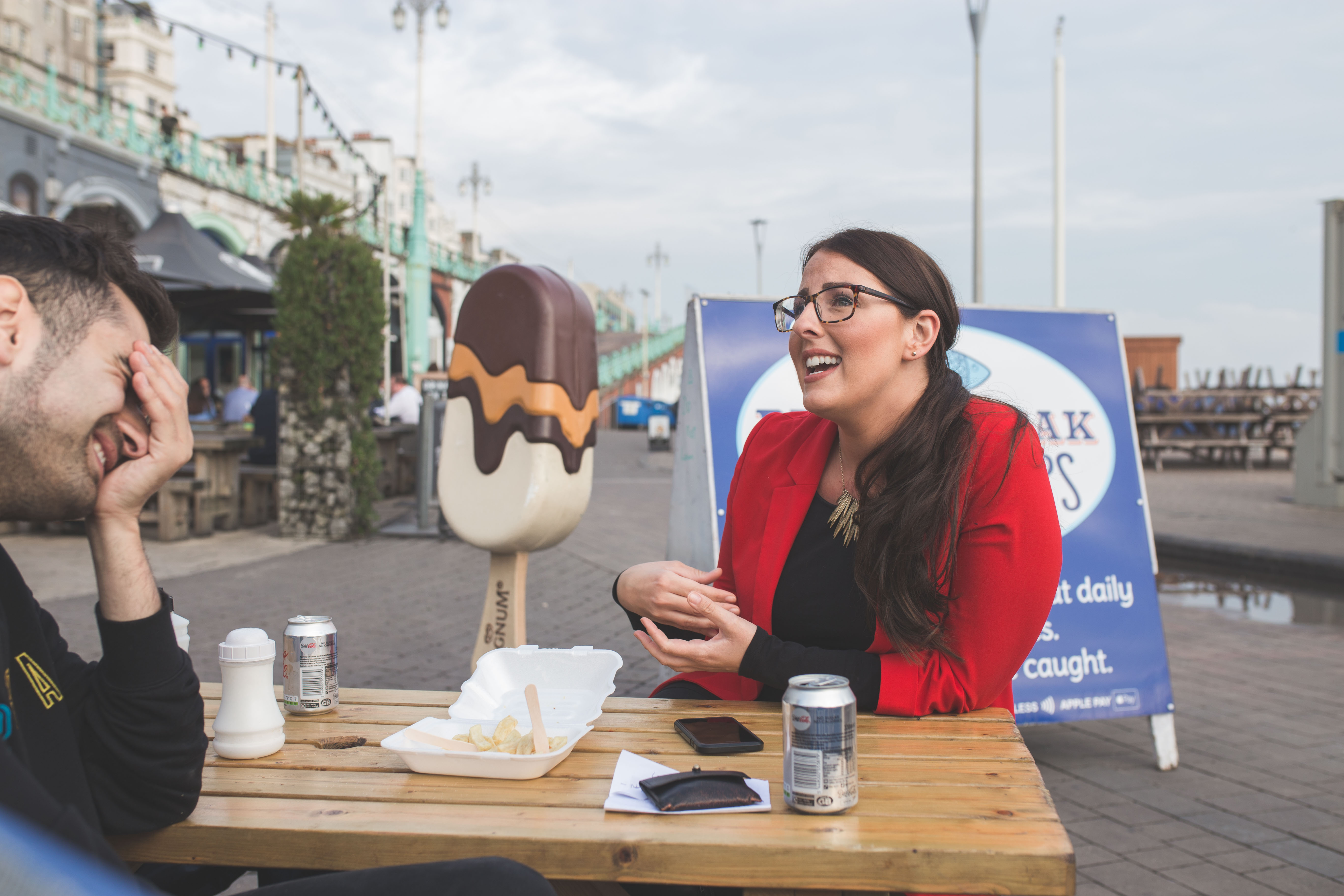 Under Jeremy Corbyn’s leadership, the Labour Party has taken an exciting, bold turn – its membership have been ready and waiting for their MPs in Parliament to reflect that. What Pidcock represents is the future of Labour: a young, proud socialist with a history of grassroots organising and campaigning, someone whose political idols are the McStrikers and those who took part in anti-Apartheid struggles. Not –it’s refreshing to hear – the likes of Tony Blair and his cronies.

Labour is edging ahead in the polls, and from his podium this afternoon Corbyn has never looked more Prime Ministerial. Pidcock knows fully well though that she’s just one part of a powerful movement, she knows she’s just as important as any activist, campaigner or member on the ground.

“To be honest, my burning passion is to make politics more understandable. I think it’s one of the things that keeps a society on lockdown, not having our consciousness raised. I suppose I just want to bust the myth, the fallacy, that politics is for special people.”

“I’m one of the members and I’m no more important than anyone else. I’m a representative for my constituents, I’m a mouthpiece for a class and a movement. But I’m not more important than my dad in the living room on a Friday night with a glass of wine and a good idea.”

Linkedin
RELATED ARTICLES
OTHER ARTICLES
The workforce is now gearing up for industrial action after receiving a measly pay rise, reports Ella Glover.
Birdy Chu reflects on documenting the historic moment in which the territory was formally passed back from the UK to China.
The idea that a younger generation is abandoning work has become a popular narrative online, but it doesn’t necessarily reflect reality.
A 37-year-old woman shares how her abortion led her to become a clinic worker, and the abuse she’s received in that role.
In his 2008 series, the photographer pictured himself as Angela Davis, Martin Luther King Jr., Malcolm X, and other prominent figures.
By turning a real-life crisis into daytime television fodder, TV bosses have once again shown themselves to be completely out of touch with audiences.