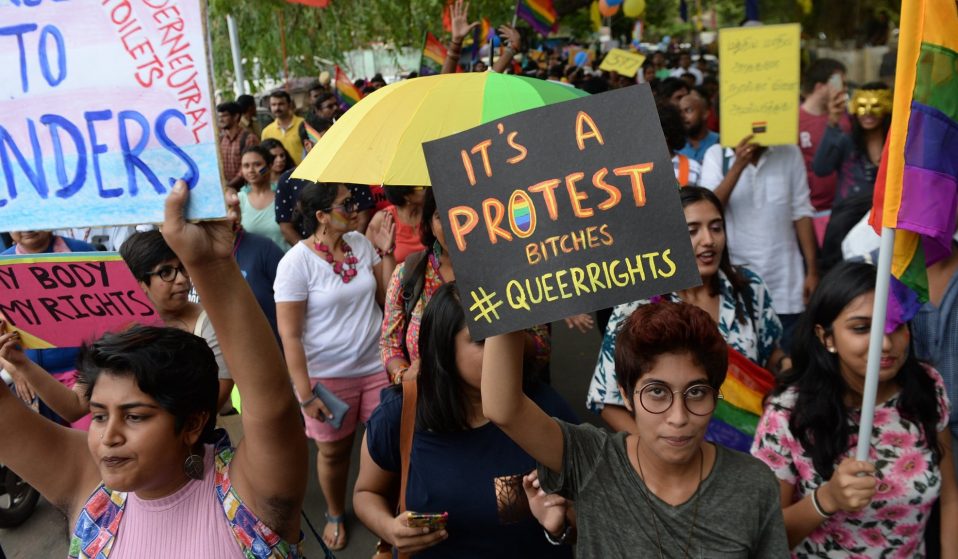 As in Trump’s America and Bolsonaro’s Brazil, the country is now under strict conservative rule – which puts the LGBTQ community in particular danger.

As in Trump’s America and Bolsonaro’s Brazil, the country is now under strict conservative rule – which puts the LGBTQ community in particular danger.

The news came at short notice. After years of anguish and uncertainty, it was finally announced on 6 September 2018 that India’s Supreme Court would overturn a 157-year-old law imposed by the British that criminalised homosexuality.

“It was an incredible moment of homecoming,” recalls Mohnish Malhotra, an organiser of the Delhi pride march who was in the courtroom at the time. “It was a great joy, we were all dancing and singing,” adds campaigner Shreosi Ray.

Rainbow flags covered the streets outside the Delhi courthouse. Others waved posters that declared “criminals no more”. A mass of bodies hugged and cried. “There was a tremendous sense of relief,” says charity director Anjali Gopalan. “To be classed as a criminal is a terrible thing.”

In the 495-page judgment, Chief Justice Dipak Misra wrote that the 1860 law known as Section 377, under which thousands of people were prosecuted and could be imprisoned for up to a decade, was “irrational, indefensible and manifestly arbitrary”. The judgement not only decriminalised homosexuality – which affects an estimated 104 million Indians – but also ordered that the LGBTQ community be protected by the constitution, and that the state should help end the stigma.

But although elections tend to be a time when political leaders call for national unity and collective progress, in India – where last month Narendra Modi won a landslide re-election – one topic continued to divide the country: the LGBTQ community. 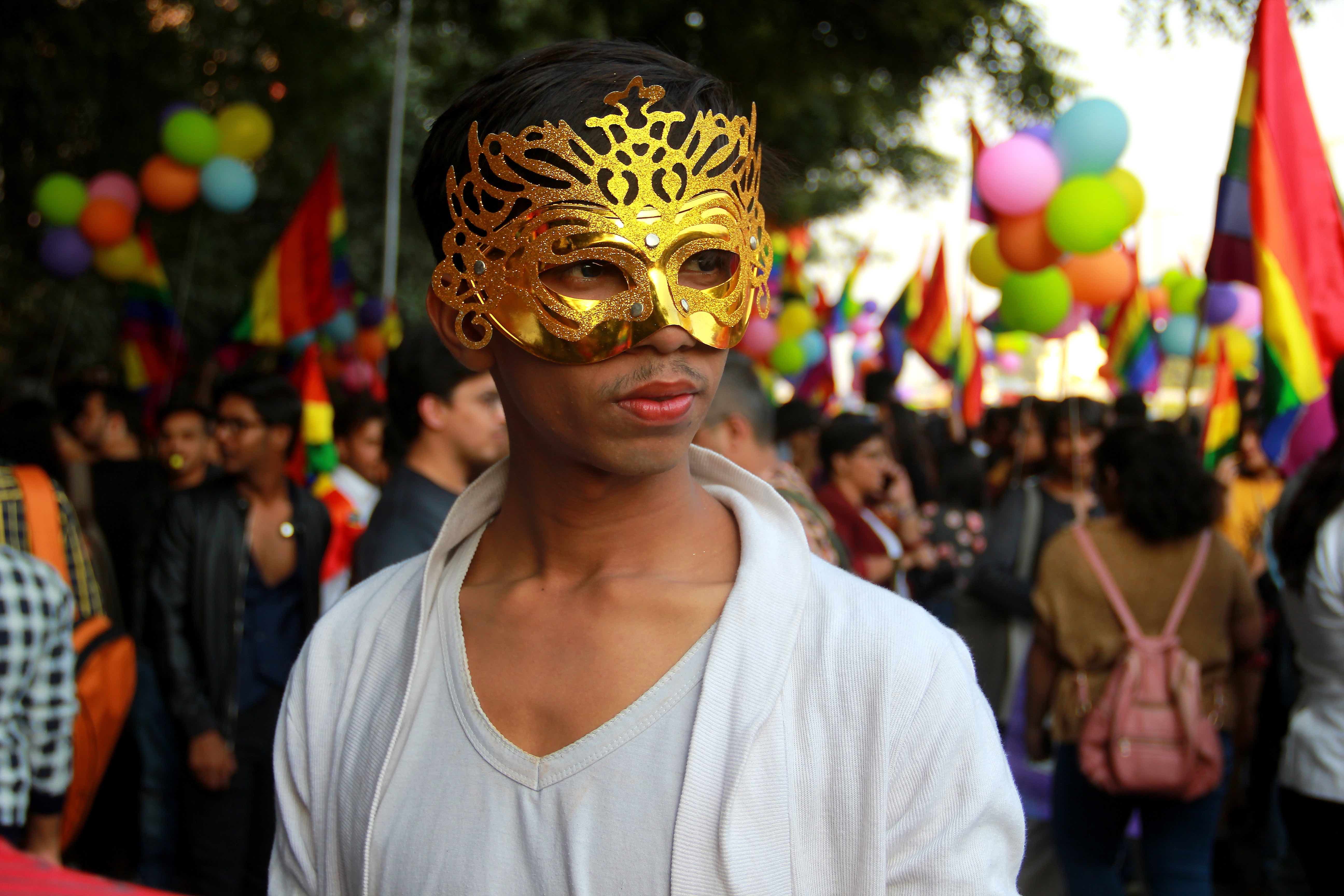 Prominent conservative leaders in the country have vowed to oppose the historic ruling, and Modi’s right-wing Hindu government said it would oppose any further expansion of gay rights. Army general Bipin Rawat responded by saying that homosexuality is “not acceptable” in the force, an influential body of bishops declared “what is legal is not equal to moral acceptability” and the right-wing Hum Hindu group claimed homosexuality is “against the religious values of this country.”

As in Trump’s America and Bolsonaro’s Brazil, some conservative parts of Indian society have been emboldened by the politicians’ stance and are already resorting to hate crimes that persecute minority groups. In Mumbai, blackmailers are creating fake accounts on dating apps such as Planet Romeo and Grindr in order to out, extort and harass LGBTQ people, according to one human rights charity.

“This is happening even in a metropolitan city where there are now lots of commercial opportunities,” says Rohan Pujari, a spokesperson for the non-profit organisation Humsafar Trust. “People still are afraid to express who they really are.”

In Kolkata, the former British colonial capital, one girls’ school recently stoked controversy by forcing some of its 13-year-old students to “confess” in writing that they were lesbian and had indulged in “indecent behaviour” including holding hands, hugging and putting hands in each other’s blouses and skirts. Homophobic beatings even occurred in the days following annual pride walk.

Amid the hustle and bustle of the city’s lively university quarter, a liberal area in which LGBTQ groups feel safer, there are fears over the continuation of Modi’s government. “His re-election will do nothing to improve the situation and we might even take some steps back,” says Sanjit Ray, 20, a gay student shopping at a roadside philosophy bookstore. 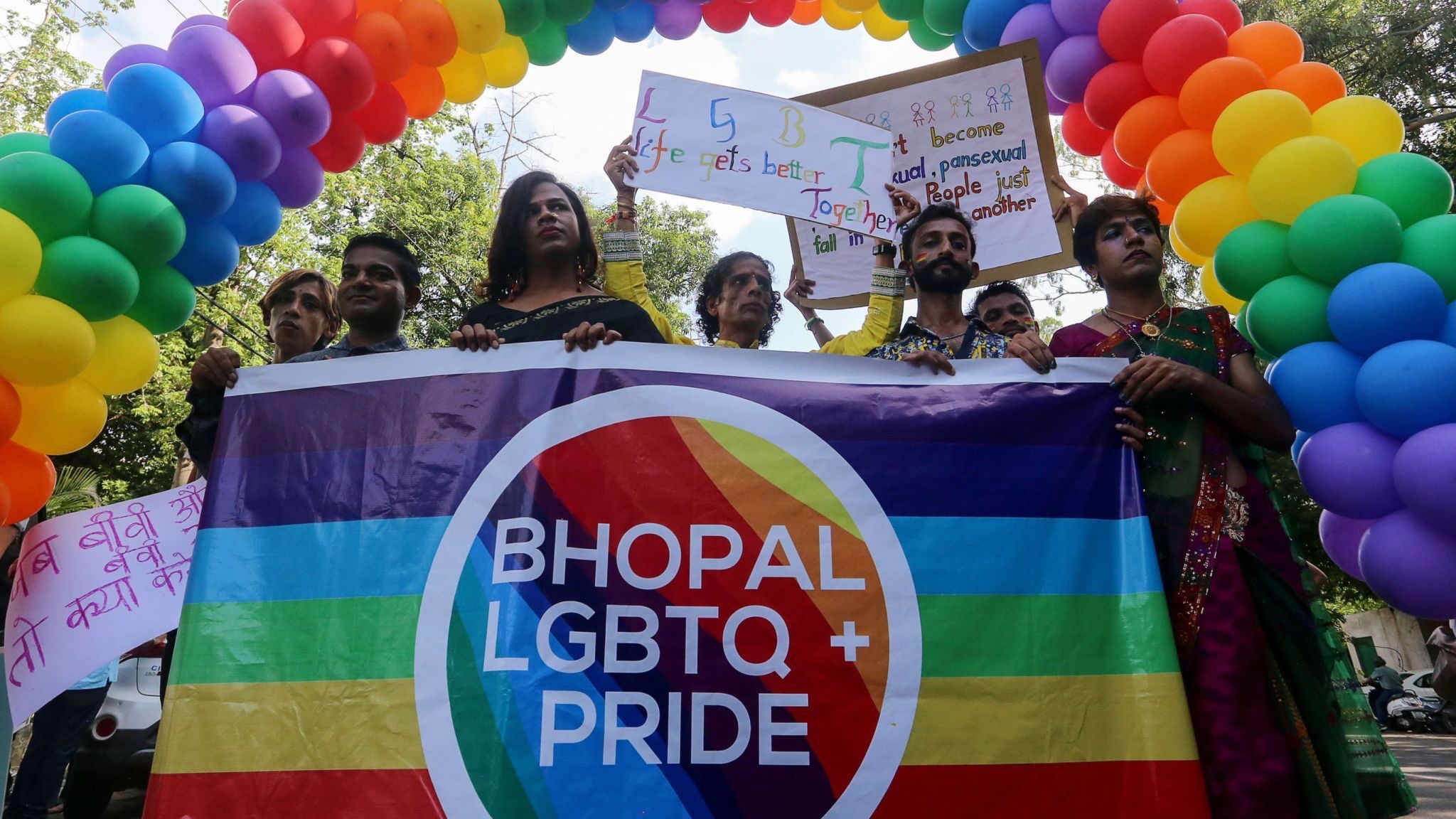 Campaigners are concerned that politicians are failing to support LGBTQ rights in the face of a powerful, socially conservative electorate. “Many will talk to us on a private level, but will not talk on a public level,” says Gopalan, executive director of the Delhi-based Naz Foundation Trust, which works to fight issues related to HIV/AIDS. “They don’t want to rock the boat.”

“Social acceptance on a broader notion, right to same-sex partner marriage, adoption, right to property, civil union are some major aspects that still remain under shadow,” adds Bharathan Iyer of Kerala’s charity Queerythm. “Another five years is a long term for the queer community to lose and it’s very important that sexual and gender minority issue be discussed for an all-inclusive policy.”

Glimmers of hope came earlier this year, however, when Priya Dutt, the Congress candidate from Mumbai North Central constituency, said she would lobby for a dedicated LGBTQ cell in the party, and Apsara Reddy became the first transgender office bearer for the All India Mahila Congress. Judges have given the green light for same-sex couples to live together, and Bollywood even made a lesbian rom-com this year.

But India’s LGBTQ community still faces an uphill struggle, particularly because certain rights around employment and marriage have not been not enshrined in law.

There are no protections for transgender job applicants, who often face discrimination, and no rules determining the correct usage of pronouns, respecting preferred gender identity, or gender neutral toilets. Same-sex marriage is not legal, and there are no signs that will be soon.

These obstacles loom large in story of India’s complex social system of caste, class, and geography. It will continue to affect the rights of these marginalised communities and how the country treats them in the future will reverberate around the world.

Linkedin
RELATED ARTICLES
OTHER ARTICLES
By turning a real-life crisis into daytime television fodder, TV bosses have once again shown themselves to be completely out of touch with audiences.
As the Scottish government announces a rent freeze, an activist with Living Rent who fought and won shares how they did it, and what must come next.
Sean Maung’s photos are a love letter to the Black and brown communities that make up New York.
Cindy Campbell recounts how her brother ushered in a new era of musical culture at a party she held in the Bronx in ‘70s.
The idea that a younger generation is abandoning work has become a popular narrative online, but it doesn’t necessarily reflect reality.
For over a decade, gamblers have won big by employing people to place live bets from the court. But does this dubious method still work?