News & Politics / Why more young women are turning to celibacy 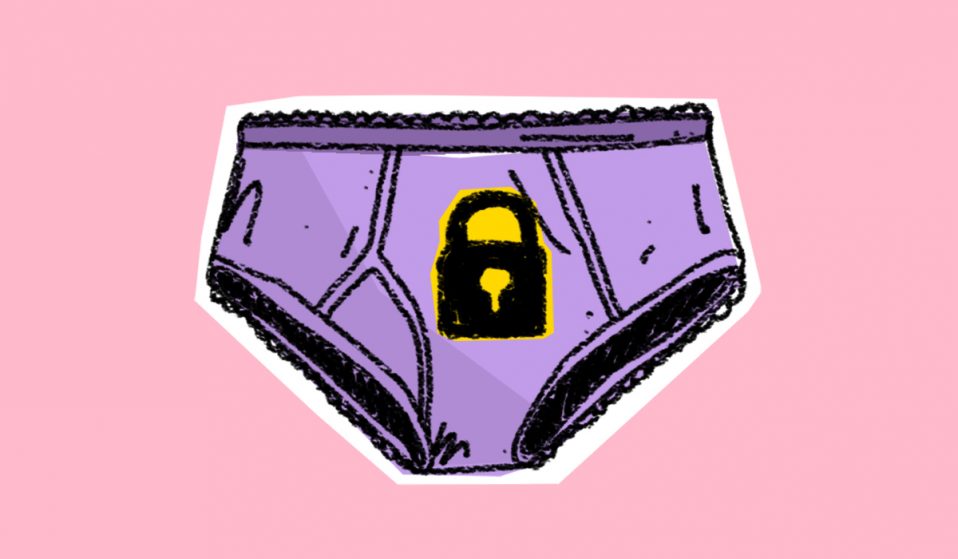 Covid-19 put hook-up culture on hold, but even as lockdown has eased, many young women are rejecting casual sex and opting for abstinence.

The pandemic may have put hook-up culture on hold, but even as lockdown has eased, many young women are turning away from casual sex and opting for abstinence instead.

Jemma*, 24, has recently turned to celibacy. “Sometimes, I’ve had sex I didn’t really want. I just went along with it as I wanted to feel wanted, rather than really liking the person I was with,” she explains. “I’ve just become so disillusioned with the whole culture of heterosexual dating… It’s much easier this way.”

A growing number of young women like Jemma are rejecting sexual liberalism and embracing celibacy instead. Studies in recent years have reported young women trend towards being less sexually active; launching their sex lives later on and having fewer sex partners than earlier generations. With the National Survey of Sexual Attitudes and Lifestyles Covid study reporting an overall decline in sexual behaviour since lockdown, especially fewer one night stands, it’s undeniable that the culture surrounding dating and hookups has been irrevocably changed since the pandemic.

But even before the pandemic, the cultural emphasis on sex and having it was radically shifting. While earlier iterations of feminist thinking celebrated female sexuality in all its forms, now more young women are questioning how patriarchy has shaped the dynamics of heterosexual culture, and women’s ability to exercise their full agency and power during sex.

Critiquing heteronormativity and patriarchal dating scripts is a central reasoning for many young women’s turn to celibacy. The current nature of heteronormative dating means that it’s enjoyed by men in positions of privilege and power who rarely have to acknowledge their faults or rectify the harm they cause, explains Ayurshi Dutt, a PhD Sociology researcher and member of the Centre Research into Violence and Abuse. “This makes it impossible to depoliticise the dating culture,” Dutt says.

In her 2021 book, Rough, writer Rachel Thompson asks why it is that “so many of us ‘consent’ to sex we don’t actually want?”. The solution, Thompson says, is a radical change in our sexual culture. Now, empowered by an influx of new theoretical and cultural ideas about what sex and sexual ethics actually looks like, a wave of newly-celibate women are igniting a global conversation about sex, power, agency, gender, and consent.

While the law highlights that consent should not be obtained by ‘coercion’ or ‘manipulation’, what would constitute unacceptable levels of deception is both a highly subjective task and an incredibly complex process to negotiate in the eyes of the law. But this hasn’t stopped an ongoing interrogation as to what fully “consenting” truly entails.

“I was seeing someone who would always tell me how attractive I was and how much he enjoyed spending time with me, but [he said he] just wasn’t in the headspace for a relationship,” Jemma says. “He repeatedly insisted he wasn’t just using me for sex.”

Jemma explains that when the person she was seeing got a girlfriend just weeks later after assuring her he “liked her the most”, she felt as though his proposed intentions were a lie. “If he’d been honest with me, I just wouldn’t have said yes. I’d rather not have had sex at all.”

Michaela Coel’s I May Destroy You made waves by exploring sexual assault in a myriad of legally ambiguous situations: from stealthing to consent theft. “I call it ‘a theft of consent’ because details are purposely hidden from you so that you consent,” Cole said in an interview. “If [a prospective sexual partner] had the full details of what they were experiencing, would they give consent?”.

“I call it ‘a theft of consent’ because details are purposely hidden from you so that you consent.” – @michaelacoel on portraying consent in “I May Destroy You” pic.twitter.com/IHainZ2qIy

In his paper “Sex, Lies, and Consent”, Tom Dougherty also asks “how wrong is it to deceive someone into sex by lying, say, about one’s profession?”. He concludes that the answer is “seriously wrong” when the liar’s deception “would be a deal breaker for the victim”, arguing that this would ultimately vitiate the victim’s ability to give sexual consent.

“The experience left me really disillusioned with not only dating and sex, but just my sense of safety as a whole,” Jemma says. “To me, getting tricked into an encounter because I said ‘yes’ when I wouldn’t have otherwise; it felt so violating. So now, I want to be celibate until there’s some kind of culture change where being dishonest just to have sex with someone isn’t seen as legally, or even just socially, acceptable.”

Like Jemma, Billie*, 30, also turned to celibacy after feeling fed up with dating as a woman. “Sex just isn’t an equal playing field for men and women,” she says. Billie tells Huck that she’s found a lot of men have tried to enquire about how badly her past partners have treated her, often deploying mental health buzzwords to differentiate themselves from ‘genuinely’ abusive men. Pathologising unkind behaviour is nothing new, but now, words like “love-bombing” and “narcissism” have worked their way into the cultural vernacular to such an extent that their value and original meaning has been undermined.

“I’ll get lulled into a false sense of security that this man is better as he knows all the right language,” Billie says. “And before I know it, they’ve hurt me in a different way, but it would take longer for me to realise. I don’t have the energy to do this anymore; I’d rather just give up sex completely.”

Some have expressed concern around how the casualisation of sex may have, inadvertently, led to a culture where women are taught to have sex like men while neglecting to address the power differentiations between genders. “Sexual liberation is great, but in some ways we ran with that, and then ended up in a model of of sex that has been created by men,” says @lalalaletmeexplain, a popular Instagram account devoted to sex education. “We have got the part where it’s: ‘You can do this without judgement, you don’t have to be married or worry about unintended pregnancies!’ but we’re not balancing that with the education or that sense of what sex really is – how should it feel, when should you do it, how should you do it?”

For women, dating and engaging in hetero-sex poses a big risk. Jemma, who survived an abusive relationship and rape, explains her recent failed experience “crushed my whole outlook on my friendships, my sense of safety, and my feeling of self-worth for months”. “These were things I’d spent years rebuilding, and in just a few months of someone treating me like nothing more than a sexual plaything, I had to start again,” she says. “For me, it wasn’t just a case of ‘Oh, well that’s sad it didn’t work out’.”

While the future of the landscape for heterosexual dating is unclear, while it may still seem a bold choice, celibacy is, for many women, the most obvious one. “I hope that in the future, there’s a more transparent culture about intent and honesty when it comes to dating and sex,” Jemma says. “For now, if remaining celibate means avoiding getting hurt in a world where it’s normalised to deceive women or treat them like disposable objects, so be it.”

Linkedin
RELATED ARTICLES
OTHER ARTICLES
Financial turmoil is pushing people who work in the sex industry into more dangerous and desperate situations as a means of survival.
The idea that a younger generation is abandoning work has become a popular narrative online, but it doesn’t necessarily reflect reality.
By turning a real-life crisis into daytime television fodder, TV bosses have once again shown themselves to be completely out of touch with audiences.
Following the announcement of an 80% hike in the energy price cap from 1st October, crowds gathered outside the offices of energy regulator Ofgem to protest and declare their intention to undertake a payment strike.
A 37-year-old woman shares how her abortion led her to become a clinic worker, and the abuse she’s received in that role.
With skyrocketing rents, packed out viewings, bidding wars and more, renting in London has never been harder.