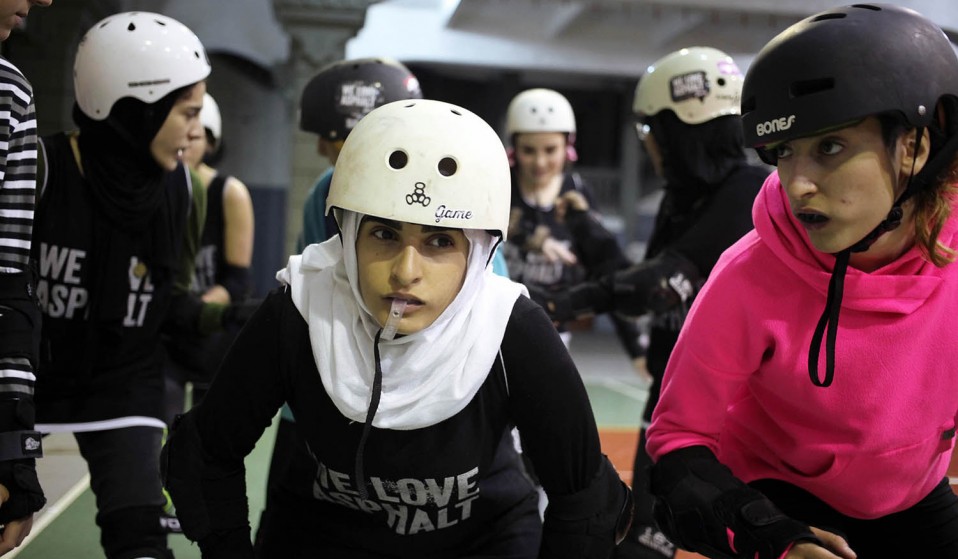 Roller derby has hit the streets of Lebanon. In Huck’s Defiance Issue, we speak to members of Roller Derby Beirut, a pioneering female student collective bringing the sport to the Middle East. Here are some of the local and international bands that could soundtrack them.

“We thought, ‘Maybe if we look furious, we will play furiously.’ And it worked. You look in the mirror and you want to go kick some ass,” says Karima, Egyptian art major by day, roller derby queen by night. For Issue 54 – The Defiance Issue, Huck‘s Jessica Holland spoke to members of Roller Derby Beirut, a pioneering collective of female college students bringing the worldwide phenomenon of roller derby to the Middle East.

Another student, 22-year-old Hadeel Hassan Al-Hubaishi, wears a white headscarf underneath a helmet covered in stickers, while her small frame and gemstone-embedded tooth has earned her the nickname ‘Tiny Shiny.’ Introducing a radical new sport to the masses was at first a tough prospect, particularly in light of Lebanon’s political dysfunction and the lack of support for women’s sport in the country. “We didn’t know what people’s reactions would be,” she confesses.

But the crowds watching them play at an east Beirut basketball court were immediate converts. “They saw that whoever’s wearing a scarf [covering her hair] is doing it, whoever is just with their hair [uncovered] is doing it. We’re from different backgrounds, and they loved the diversity. It was an incredible moment. We felt that this is something totally new, and we started it. It felt like, yeah, we need to create this. We need to make it bigger.” 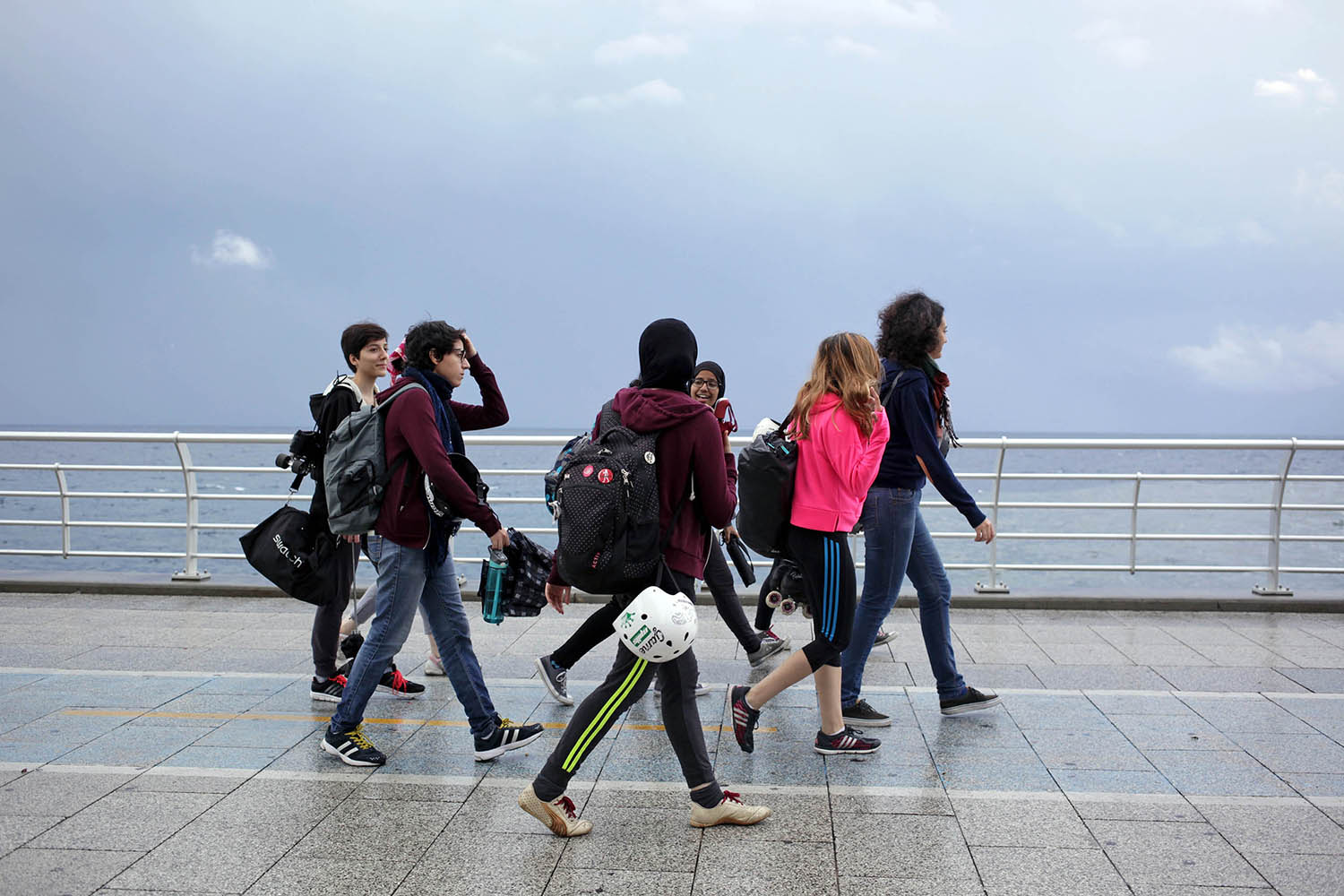 For Hadeel and many of the students at the American University of Beirut, where the roller derby collective is based, their sport parallels their own determination to succeed in a climate rocked by social and political uncertainty. “I link what happens to me in roller derby a lot to my life,” Hadeel says. “If you made a mistake, just do it right next time, or at least try. No matter how bad the fall is, just get up and keep going. You’ll laugh about the next one.”

Providing an easy soundtrack to roller derby culture is the music of female-fronted punk bands and riot grrrl icons, the hardcore feminist movement of the 1990s that helped resurrect roller derby in Austin, Texas in 2001. Over fifteen years later, the radical, high-energy sport has spread to every continent in the world except Antarctica.

To accompany the story of Beirut’s roller derby pioneers, Huck has compiled a playlist of the local and international bands whose output could be easily re-contextualised as roller derby anthems. Get your skates on and your earbuds out.

The product of two defunct punk bands, Nightchains and Benzene, Detox were a Beirut punk act who released two acclaimed albums before disbanding in 2015. “Music should enrage and piss off and ridicule today’s society,” frontwoman Aida once told Mideast Tunes. “Punk has a message, and Lebanon needs change.”

Voodoo Queens were a British riot grrrl act who only had minor success in the early 1990s. Banging tunes though. Frontwoman Anjali Bhatia was still working in a Virgin Megastore on Oxford Street when she was invited by John Peel to record a live sessions set for his BBC radio show.

Another female-fronted punk rock group to reform in recent years, L7 were responsible for a ton of grunge-era headbangers throughout the ’90s. They’ve mellowed in middle age, but only in comparison to the used-tampon-tossing, live-TV-nudity that once made them so notorious in the media.

Babes in Toyland are ’90s punk rock’s dysfunctional little sister. They had killer tunes, despite often being embroiled in controversy, from bassist Maureen Herman’s ugly recent dismissal, to Courtney Love’s hilariously ambiguous involvement in the band’s development (“I’m going to go to L.A and get my face done and I’m going to be famous,” she allegedly said after stealing the band’s money in the 1980s). They’re still kicking around, however. You just never know which members will show up on stage at any given time.

Peaches is modern punk royalty, best known for her loud subversion of gender tropes and a career of unapologetic punk rock provocation. This track, ‘Boys Wanna Be Her’, is also on the soundtrack to Drew Barrymore’s 2009 roller derby comedy Whip It, the film that inspired some of the young women featured in the Huck story to take up the sport.

Read the full article on Roller Derby Beirut in Huck Issue 54 – The Defiance Issue. Grab a copy in the Huck Shop or subscribe today to make sure you don’t miss another issue.

Linkedin
RELATED ARTICLES
OTHER ARTICLES
Huck’s latest film comes from Beirut, home to Lebanon’s first Roller Derby team, where a tightknit crew of female pioneers are determined to build something together.