Art & Culture / A groundbreaking document of lesbian life in the ‘70s 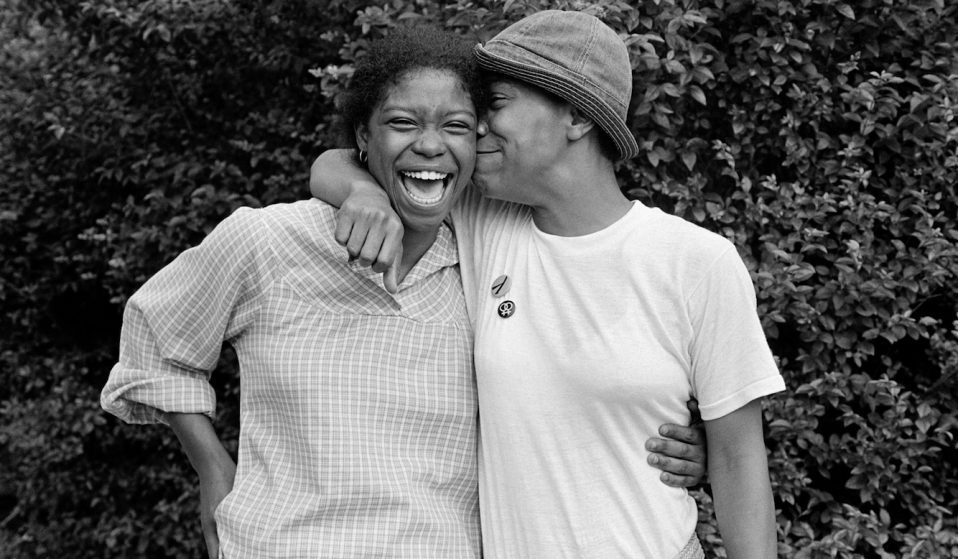 When it was first released, JEB’s landmark photobook revolutionised how queer women saw themselves. Now, four decades later, the photographer says we still have much further to go when it comes to LGBTQ+ representation.

When it was released in 1979, JEB’s landmark photobook revolutionised how queer women saw themselves. Now, four decades later, ahead of the book’s rerelease, the photographer says we still have much further to go when it comes to LGBTQ+ representation.

“I think I always knew I was a lesbian,” says photographer Joan E Biren, known as JEB, reflecting on growing up in the ‘50s and ‘60s. “I look back at photographs from my childhood, and I always had my arm around my girlfriends.”

When JEB eventually came out as gay in the 1970s, she decided to tour America photographing women like herself. In 1979, these photographs were published in a landmark book, titled Eye to Eye. The book revolutionised how a generation of lesbians saw themselves, at a time when representations of LGBTQ+ people in the mass-media were few and far between, and being out could cost people their job, homes and family.

“The women in these portraits were some of the first dykes I ever laid eyes on,” wrote cartoonist Alison Bechdel in 2015, when asked to share a specific piece of lesbian cultural history that moved them most. “The book feels like a lost family album.”

From her participation in the Black civil rights movement, to the anti-war movement, to the women’s liberation movement, to the radical feminist lesbian collective she helped to establish, the Furies, JEB was immersed in the battle for social justice. And, at the time, Eye to Eye’s affirmation of the existence of lesbians helped to propel a political movement.

Forty years on from its original publication, Eye to Eye has been reprinted by Anthology Editions. Even today, the photographs of lesbians from different ages and backgrounds going about their everyday lives feels remarkably refreshing.

Ahead of the book’s rerelease, JEB who is now 76, spoke to Huck about countering lesbian stereotypes, using photography as a tool for activism, and why LGBTQ+ representation still has a long way to go. 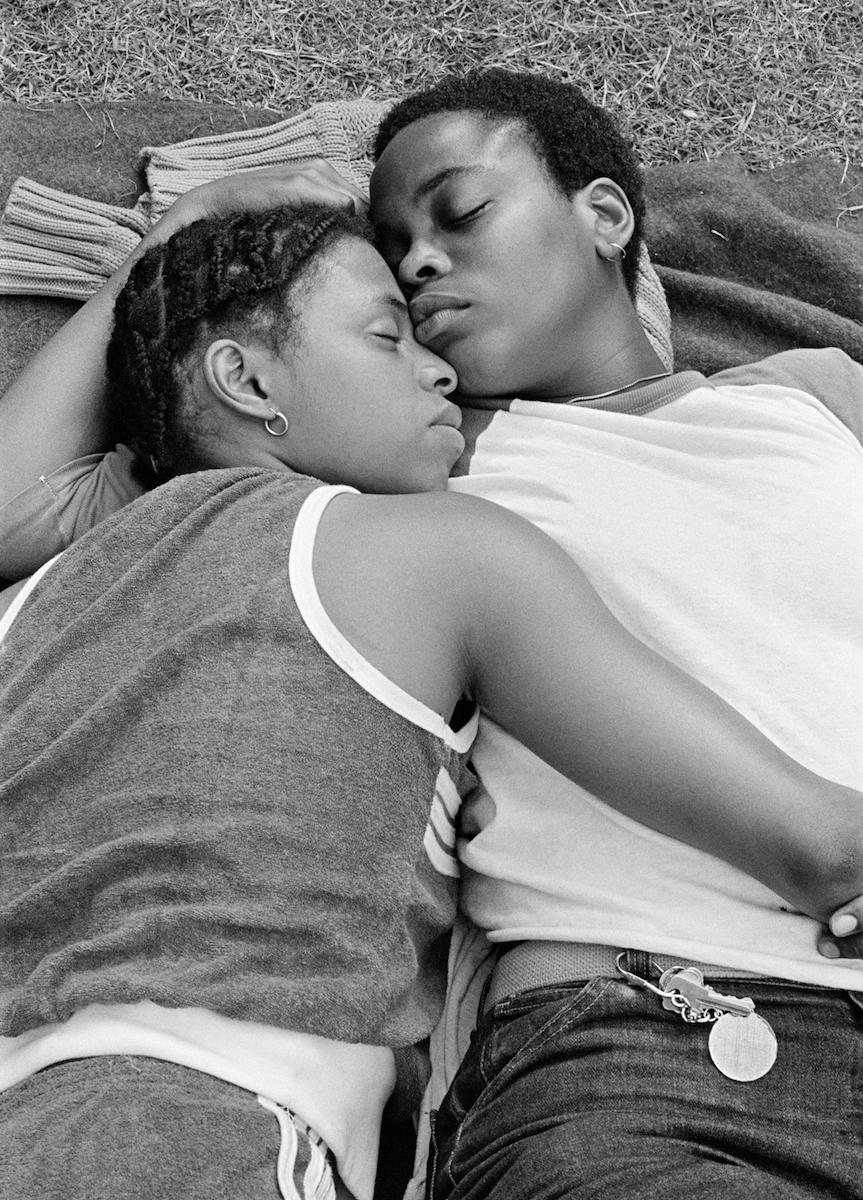 What was your experience of coming out in the 1970s?

When I got to my undergraduate college, which was an all women’s college, I had my first actual sexual relationship [with a woman]. But because it was the ‘60s, I was still in the closet. I tried to come out to my college psychiatrist. He said, “Oh, no, you are not a lesbian. It’s just a phase. You’ll get over it.”

That was my first attempt at coming out – it didn’t go so well. When I left college and went to Oxford University, I tried to go straight, because I thought there was no way you could be a lesbian in the world.

When I came back from Oxford University, I fell in love with a woman again, Sharon, which I call my ‘lesbian rebirth.’ When we came out to our women’s liberation consciousness raising group, they threw us out. [At the time] the women’s liberation movement did not want to be tainted by lesbians – they thought it would somehow devalue the movement, and make it seem ‘man-hating’.

So, that’s when me and Sharon sought out other lesbians, because we were pretty isolated.

How did you eventually go on to form the Furies?

We had to build it for about a year, by recruiting people in New York to come down. We made a community because I believed then and I believe now that you must have community. 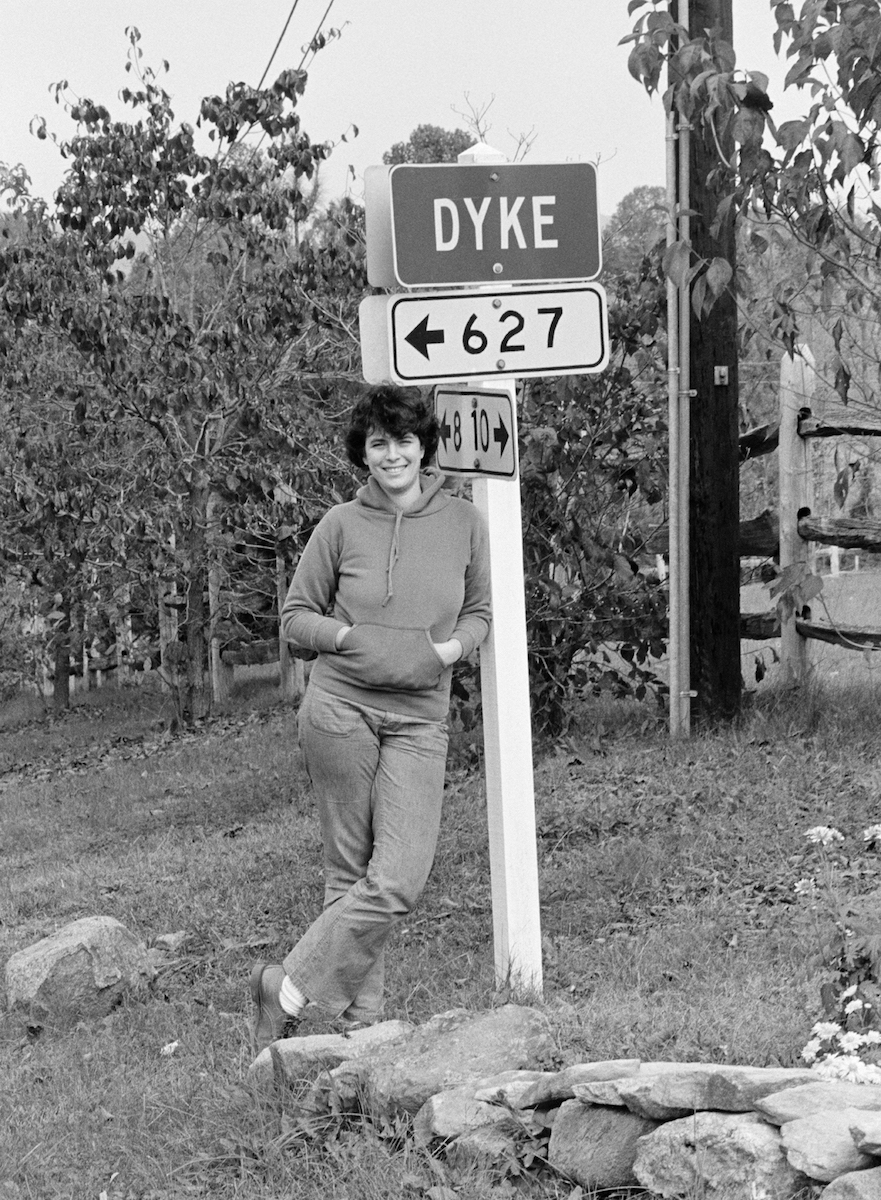 Why did you settle on photography as your chosen tool for activism?

I had this very privileged education and I was good with words. But in a way, that was the result of my brain sort of being colonised by the patriarchy. So I wanted a new revolutionary tool that didn’t use words. And, I wasn’t musical; I couldn’t draw or dance very well.

So, I decided to learn photography through a correspondence course, which was kind of like those online courses, but you would get things in the mail. Later I got a job at a small newspaper, and that’s how I learned.

When did you decide you wanted to make a book?

I always knew that the reason I was making photographs was so they could be published and lesbians could see them. It’s really hard to explain to people today how few images there were of lesbians.  The images that existed are what I call the ‘faux’ lesbians, who weren’t really lesbians and were all young, slim and blonde and romanticised by photographers like David Hamilton. That was the one stereotype. The other stereotype was a monster vampire man-eating porno lesbian. My work was consciously made to counter those representations, and to give us something we could see a real reflection of ourselves in, and of our friends and our lovers.

Now, people are paying a lot more attention to the importance of representation. We know that representation is powerful, because it doesn’t simply represent the world; representation helps to construct the world. I wanted to give lesbians a way of seeing themselves differently.

Toni Cade Bambara said that “The role of the (marginalised) artist is to make the revolution irresistible”. Photographs can make possibilities real for those who haven’t experienced them. If you can’t imagine something better, you’re not going to fight for it. 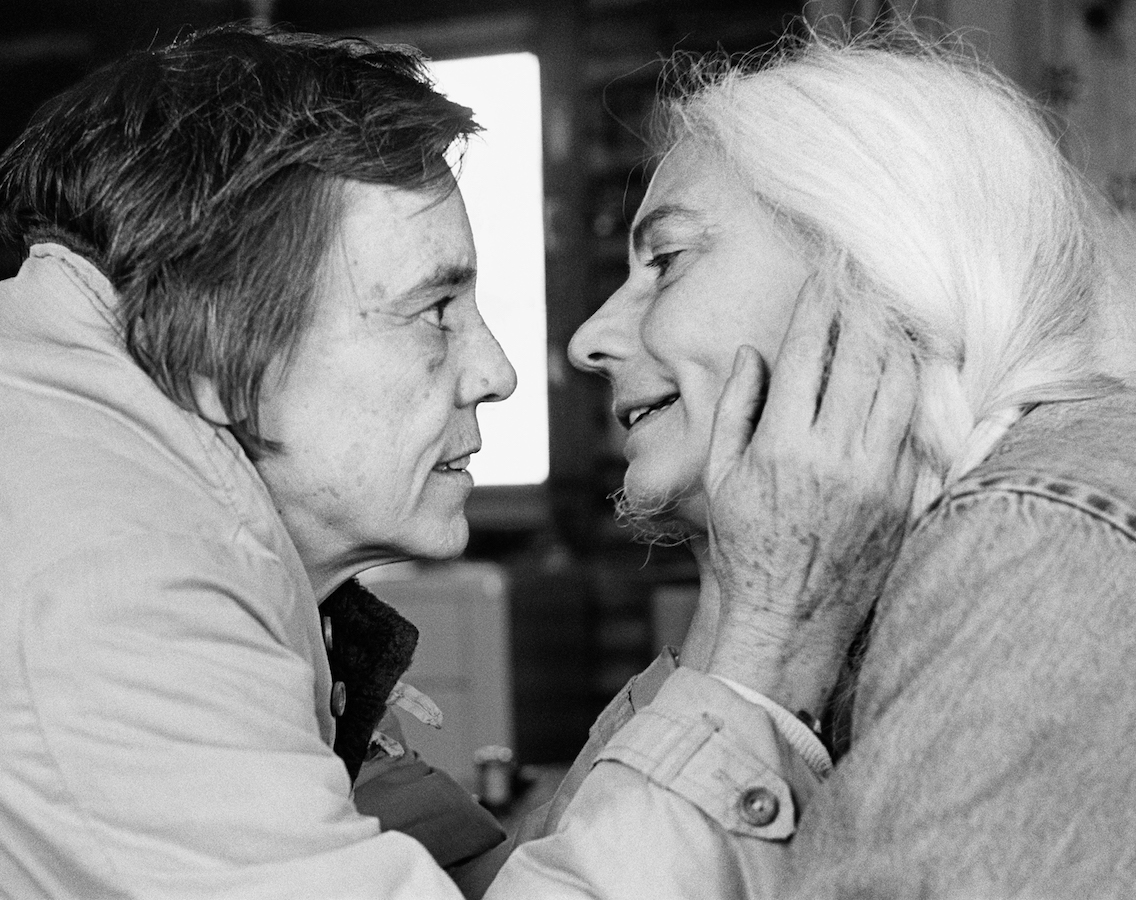 How do you think your photographs fit into the current LGBTQ+ landscape?

I’ve been putting up a lot of my images on Instagram, and I find that young people really are anxious to see these images, and to understand the time they’ve come from.

When the book first came out, the homophobia and the lack of resources meant that it wasn’t very widely seen. And now, I’m just thrilled because I know it’s going to find new audiences, and people will be able to see that lesbians actually existed.

Do we still have a long way to go in terms of representation?

The way the world, and the way LGBTQ+ people see themselves, has changed a lot. But the most marginalised are still underrepresented – we still see mostly men, and mostly white people, and mostly people of means in the mass media and that has got to change to include all BIPOC people, trans and non-binary, poor and disabled… all of these people are not represented in the media to the proportion they exist in the world. 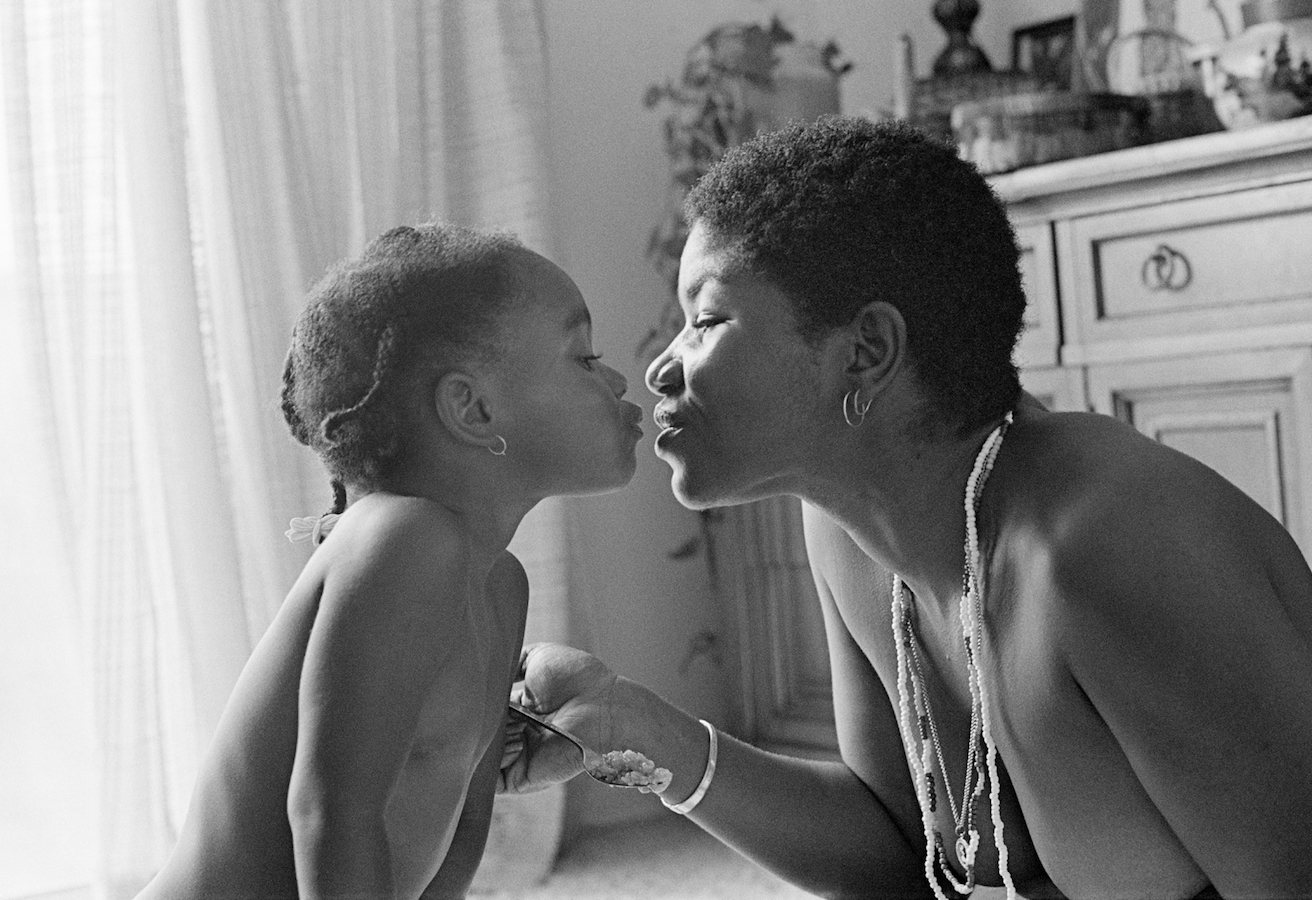 It’s a conversation that still feels painfully relevant when you consider the hostility towards trans people and so-called ‘TERF war’.

It makes me very sad and angry. Everybody deserves respect for their own authentic self. That’s what my work was about back then. And it is exactly what I believe. You know, if somebody tells me she is a woman, that’s who she is.

Your book certainly feels ahead of its time in terms of how intersectional it is.

I was not going to make a book of just my friends – I had to go out and find people who were willing to be seen at a time when that was a very risky thing to do. I just have so much gratitude to these women for making this book possible. 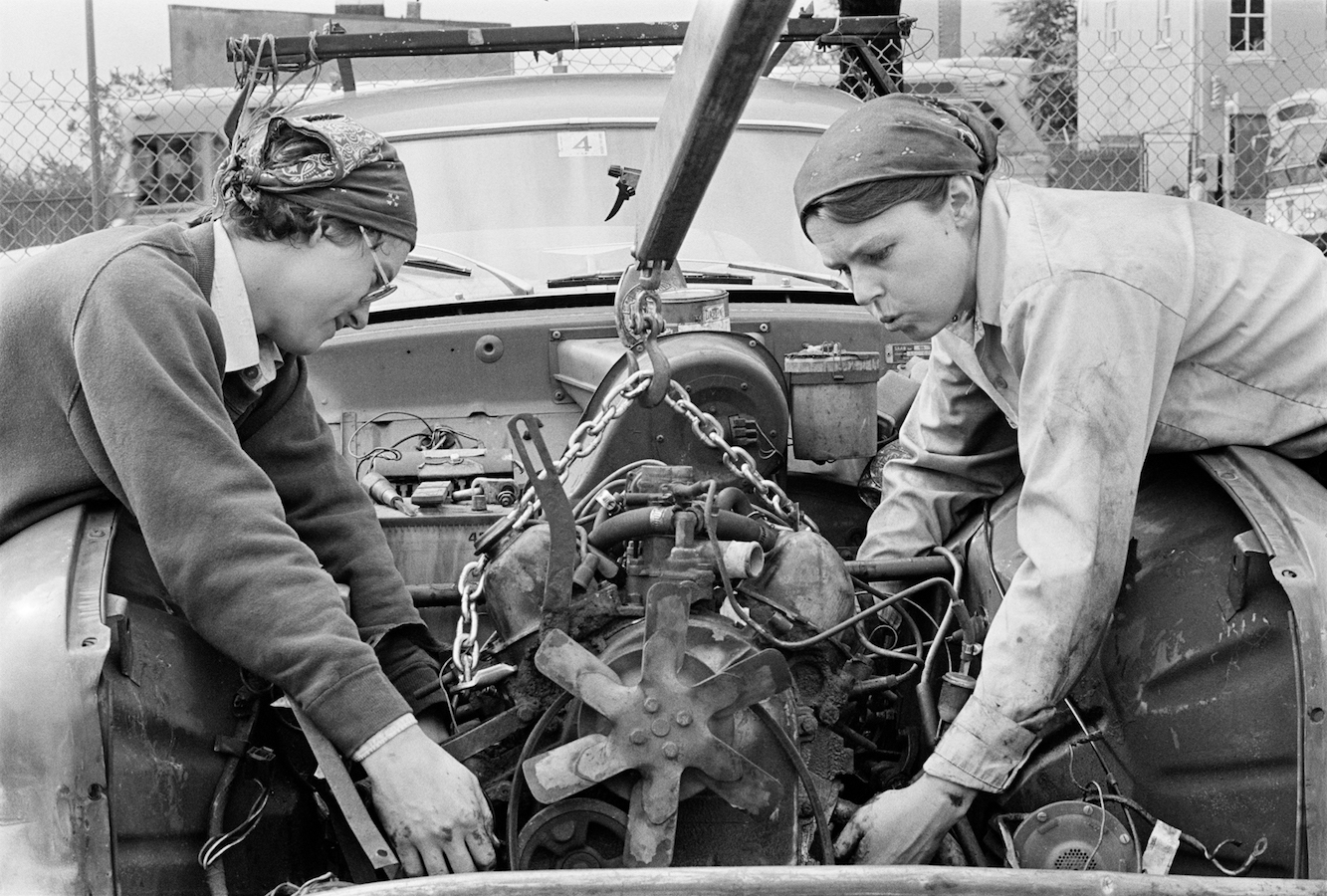 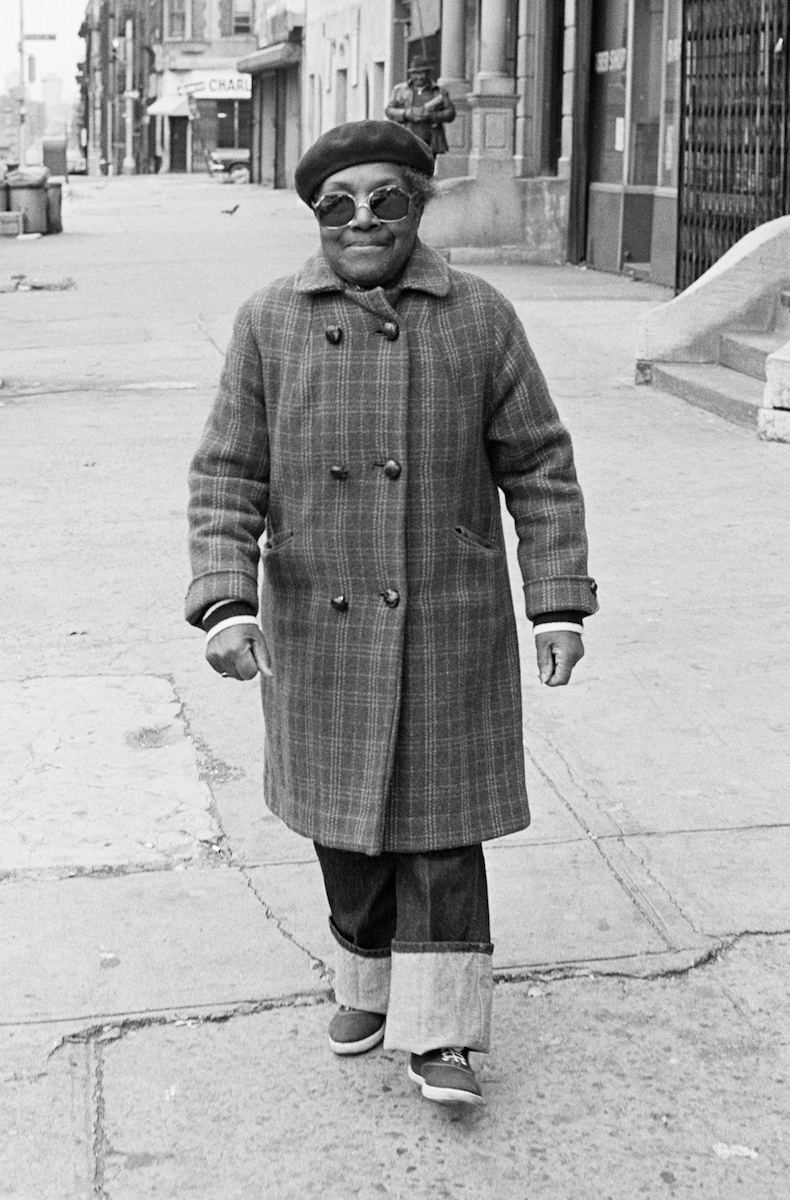 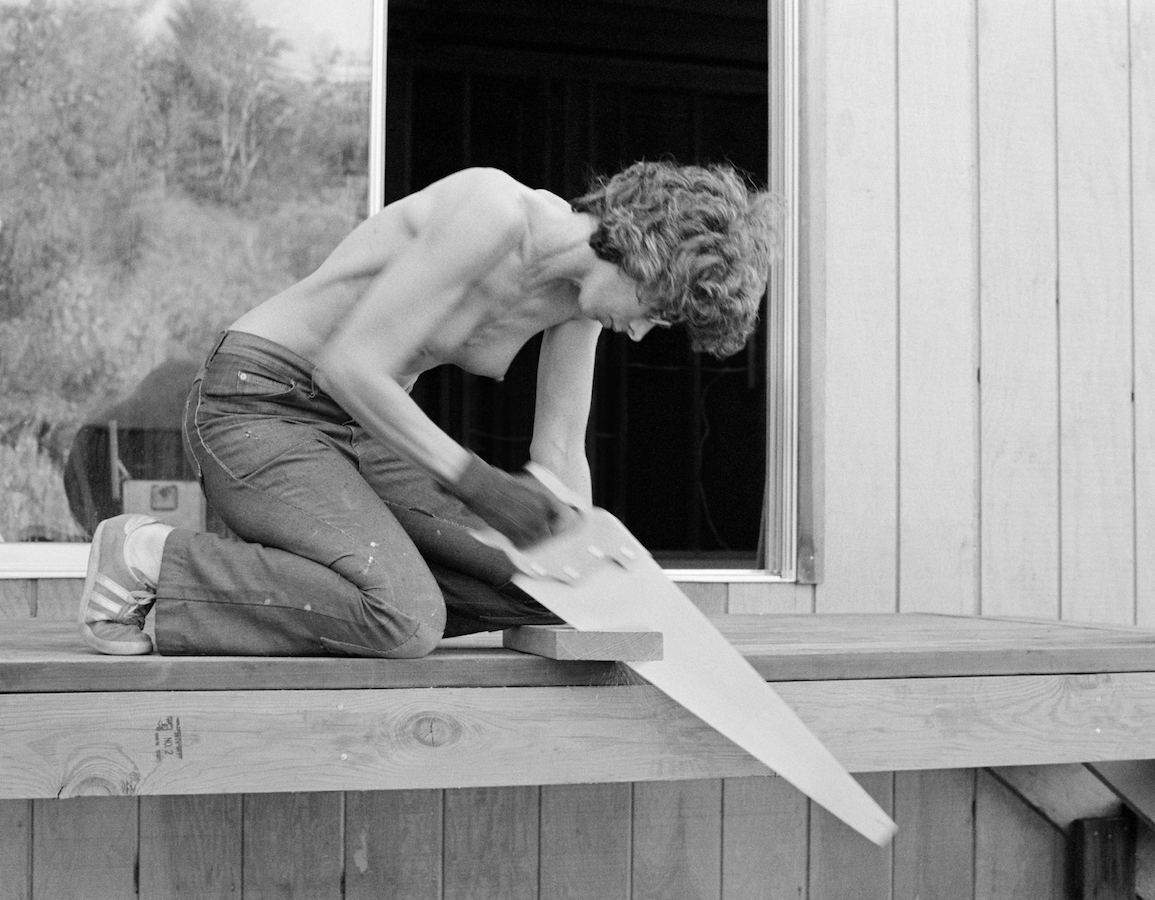 Eye to Eye, Portraits of Lesbians is available to pre-order from Anthology Editions.

Linkedin
RELATED ARTICLES
OTHER ARTICLES
With inflation now at a 40-year-high of 9 per cent, demonstrations organised by TUC took place to demand action from the government.
In the latest instalment of Photographers in Conversation, the chronicler of raves, protests and beyond explains why he’s drawn to such specifically visceral environments.
Thomas Hoepker‘s images taken during a road trip across America provide a searing social commentary about a divided country.
Photographer Arthur Grace recalls travelling through the Soviet Bloc and finding ways to evade the surveillance of his work.
The author discusses the all-consuming nature of heartbreak, and turning the experience into an incisive exploration of love and loss.
LGBTQ+ students are keeping the spirit of the original Pride alive by fighting for liberation for everyone, not just their community.