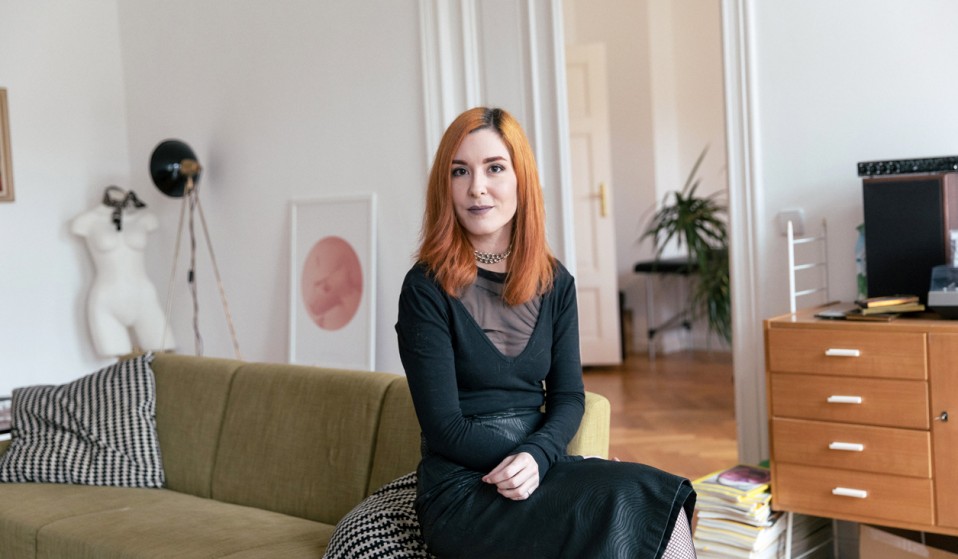 Silvia Castro Pérez pursued her dream job as an architect in Spain until it felt like a creative dead-end. Then she moved to Berlin and taught herself how to tattoo, opening up a new world of creative possibility.

Silvia Castro Pérez’s first tattoo didn’t go well. At 19, she wanted the stars she’d been obsessively scribbling in her sketchbook tattooed across her shoulder.

But actually going to a tattoo studio not far from her hometown of Carballo in Galicia, northern Spain, felt terrifying. She ended up asking the tattooist a stream of stupid questions just to get her nerves under control. But as soon as the needle pricked her flesh, she fainted.

The experience was so embarrassing that she avoided the entire process for nearly a decade. But last year, on her 32nd birthday, she inked her first tattoo – on her own leg.

It was a breakthrough moment on her rise as a self-taught star in Berlin’s tattoo scene, where she runs a studio in Friedrichshain. 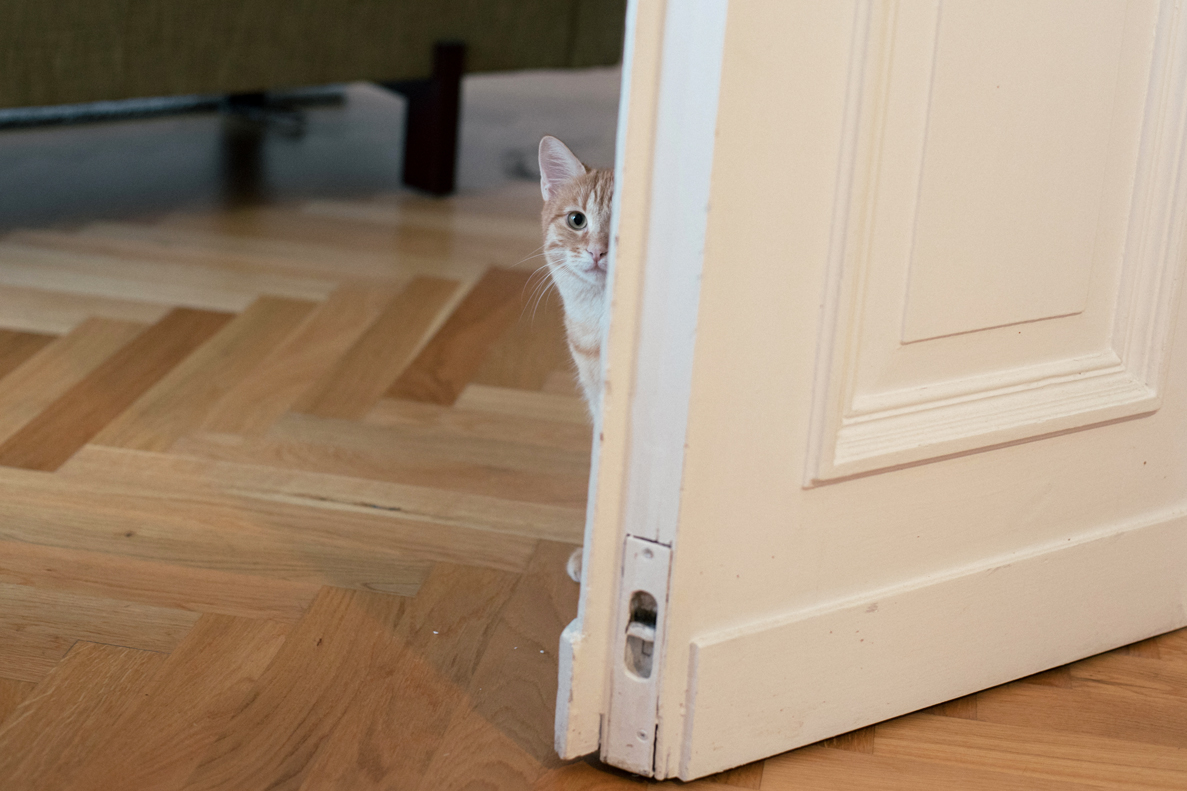 Growing up, Silvia was always drawing or playing in bands. She studied interior architecture at university before moving to Barcelona at 22 for a Master’s, then pursued her dream career there as an architect making designs for exhibitions.

“I was so excited because I thought you could go crazy with your designs and be shocking and provocative,” she says, her voice soft and considered.

“But I grew disappointed with the design world; my bosses didn’t really appreciate any creative input. I was working long hours for nothing and my life was actually quite miserable. I felt lucky when the financial crisis hit and put an end to it all in 2011.”

Working as an actress and other part-time jobs to get by, Silvia hungered for change. All it took was a four-day visit to Berlin for her to make a life-changing decision. 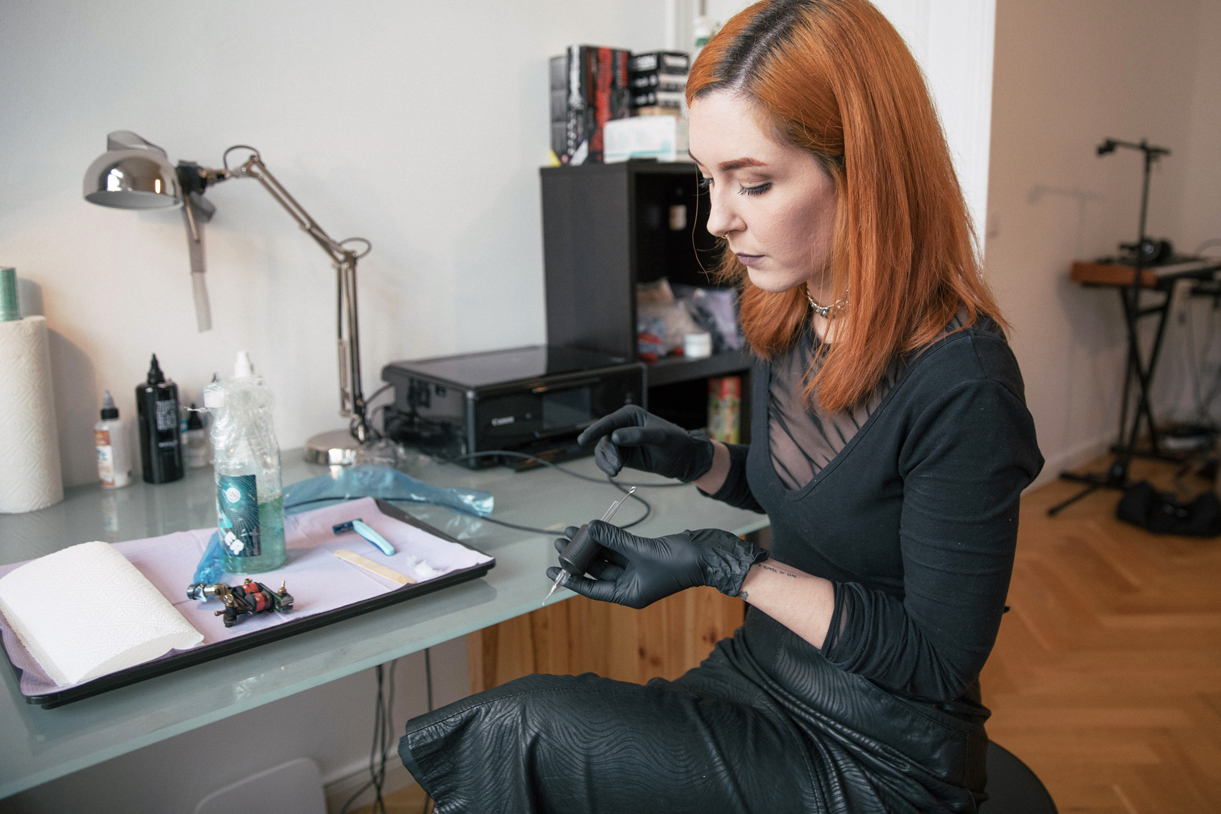 “I didn’t know the language or have anyone to show me the city, but I got a certain feeling that I get sometimes,” she says.

“Like if I meet somebody, I get an immediate sense if we could be friends or not; if I see an apartment, I know if I’ll be happy in that place or not.”

She moved there in June 2012, found an easy job in a call centre and began making art in her spare time. But earning little from her drawing, Silvia began to consider tattooing as another creative way of making a living.

“I bought a cheap tattoo kit from Amazon and started destroying fruits with needles,” she says. “It was fun but thinking about doing it on a real person was very, very scary.” 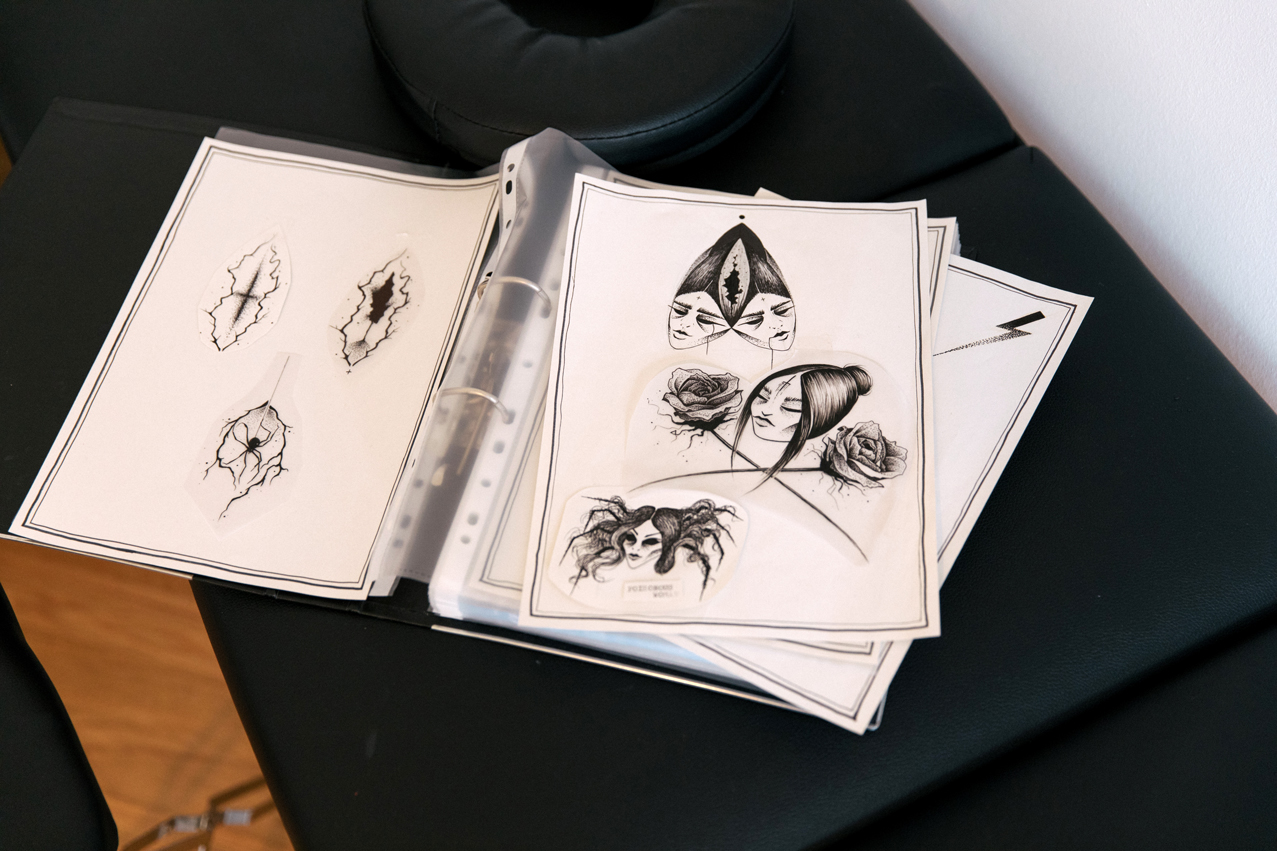 It often takes years of apprenticeship and scrubbing floors at tattoo studios before you can get a foothold in the industry.

But Silvia was lucky to meet artist Francisco Navarro, who trusted her instinctively. He encouraged her to watch him, ask questions and take on the tattoo gun that she still uses to this day.

She began practicing on herself before finally plucking up the courage to take on her first paid client. “You have to start at some point,” she says, “but I was very worried and insecure.”

Practising under the name Äiv S, her work has helped raise the profile of an intricate, super-thin needle tattoo style that, until recently, was little-known outside Japan. 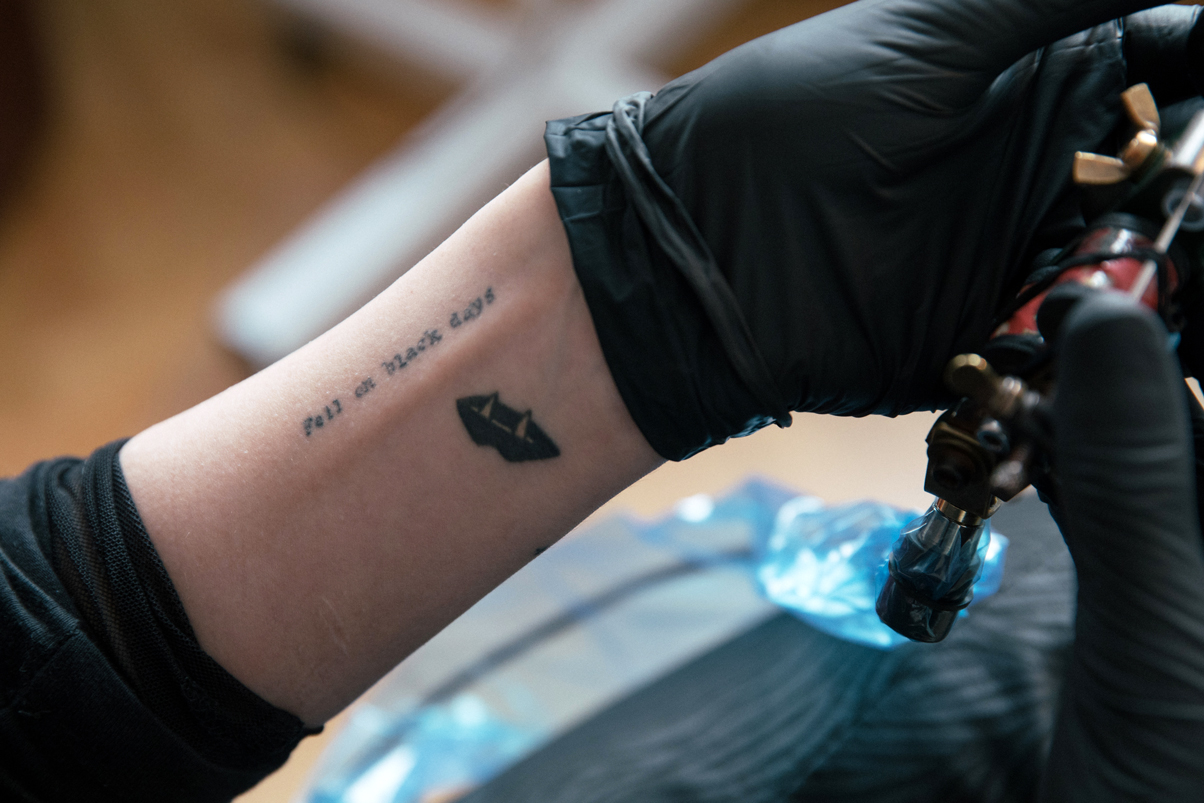 But as Silvia raises her profile, she plans to move towards tattooing wholly in her own signature black-and-white style, which has evolved from geometrical shapes to more dark, dream-like imagery.

Tattooing is a profession where mistakes or misjudgements stay marked forever but, as Silvia has learned, you can’t let doubts get the better of you.

“When you trust yourself and follow your instincts, you make better decisions and your life is just way easier.”

How to become a self-taught tattoo artist

“Have respect for the art, for the process, for your client and for yourself. Take the time to develop a design with people but make your own work of art.”

“I’m constantly trawling Instagram to learn from other artists, even when their style is totally different from my own. But copying others’ work is something that no self-respecting artist should do.

“Every tattoo you do should be as unique as the person who receives it. Give the very best of yourself to every client, regardless of how much you like them or the design.” 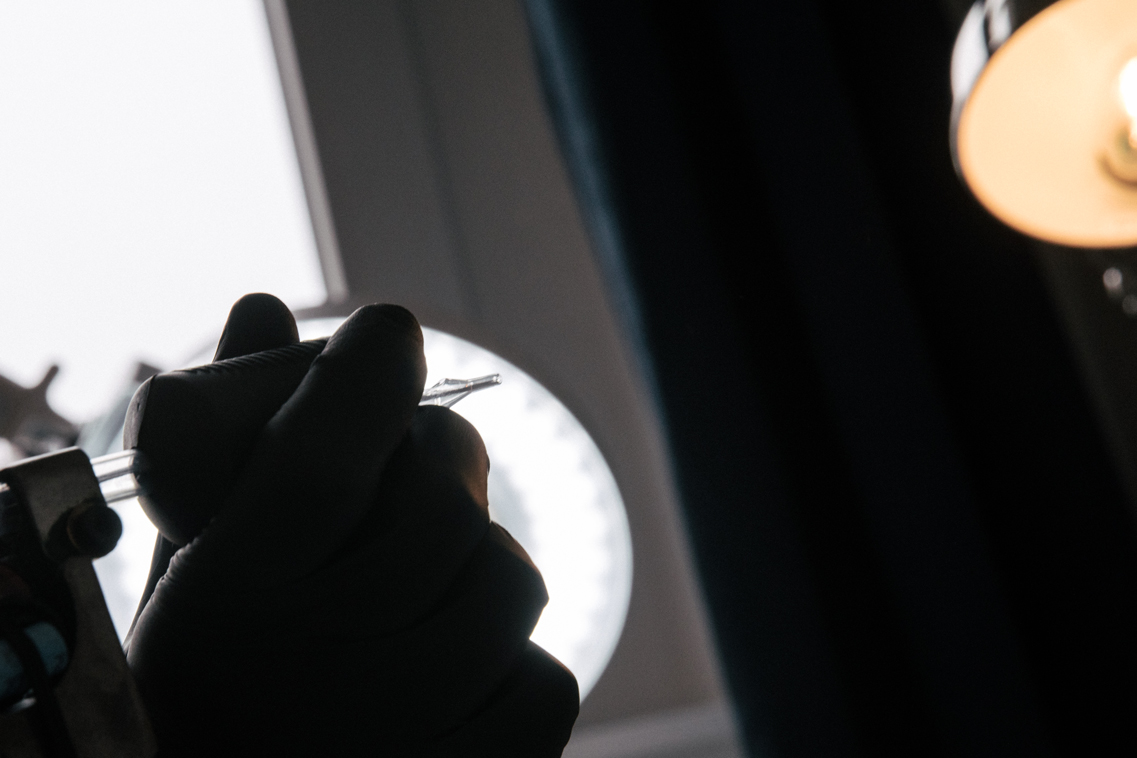 Don’t get overwhelmed by the responsibility

“Tattooing is an incredibly strenuous mental activity. You’re often fighting against yourself and your doubts. When you are tattooing somebody, you should be aware of the responsibility of working on that person’s body.

“But you can’t have those thoughts running through your head while you’re working, since they make you feel insecure. Be calm, focus and do your best work.”

You can’t afford to stop learning

“Even if you already have the necessary professional skills, learning new things will allow you to grow and develop your style. The more you learn, the more your art will grow, from both a technical and creative perspective.” 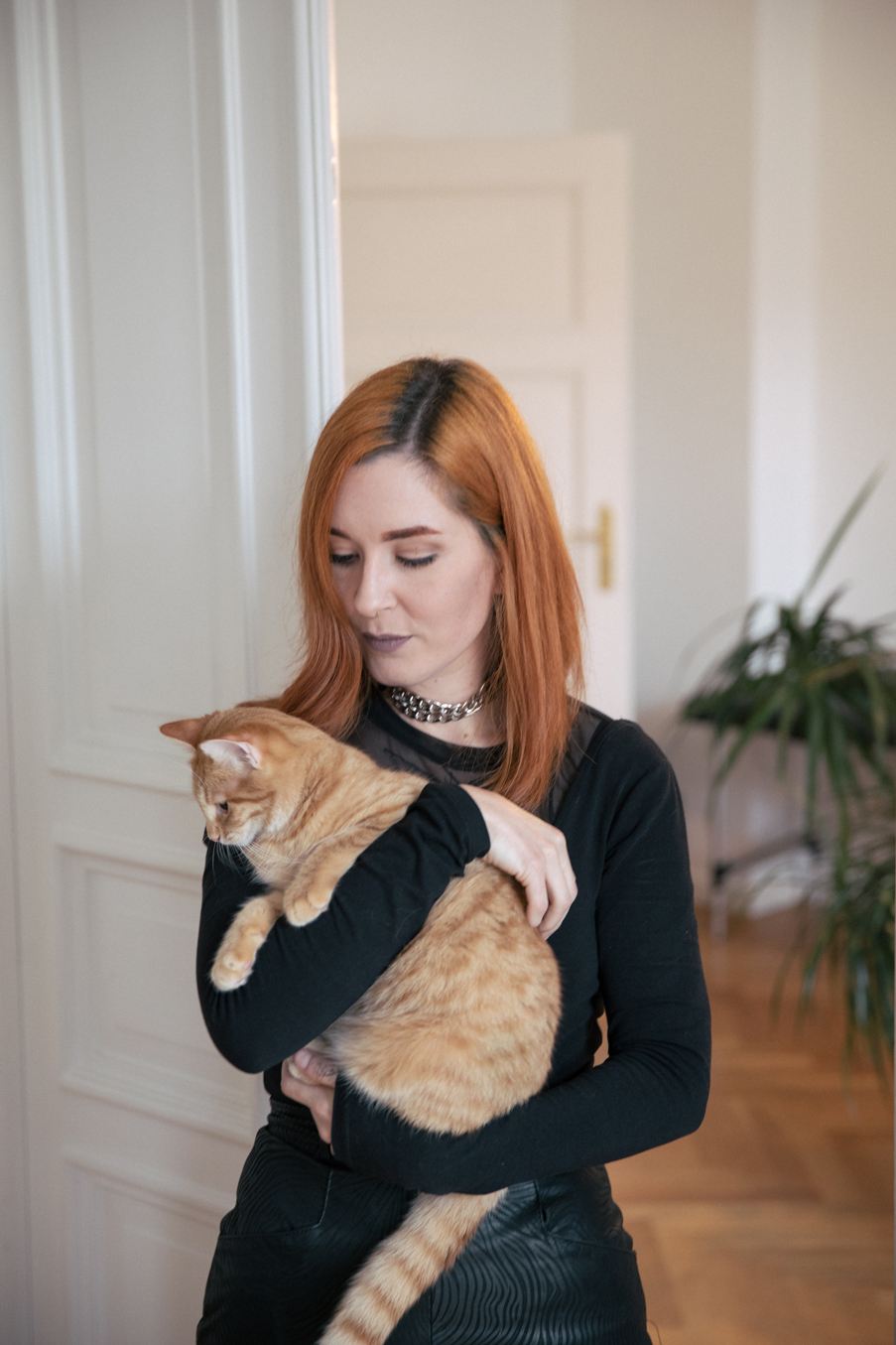 Challenge yourself, but embrace the process

“Getting out of your comfort zone is absolutely necessary if you want to tattoo. Accepting reasonable challenges that you believe you can manage is the only way to get better. There are no shortcuts in tattooing.

“Teaching yourself is a long and hard road. For some people, it means work that will never pay off. Just give yourself time to understand the art and develop your skills, but always try to enjoy what you are doing.”

Linkedin
RELATED ARTICLES
OTHER ARTICLES
A recent High Court ruling against the right to wild camp in Dartmoor National Park sparked the largest land protest in history – and campaigners say their fight is not over yet.
Photographer Sean Maung reflects on documenting a small town in Pennsylvania afflicted by high levels of unemployment, poverty, violence, crime, and addiction.
A new law change is enabling Britain’s donor-conceived children to know the truth about their origins – but campaigners say the fertility industry must do more to protect people.
After building his reputation covering the US civil rights movement in the 1960s, the photographer went on to produce some of the most enduring images of the past century.
Social prescribing connects people with non-medical support to improve their health and wellbeing – but some experts worry it’s just a stick plaster solution.
Following the release of his debut single, Deyaz talks battling addiction, dealing with his struggles through music, and building a budding music career from his living room.