Art & Culture / Brexit Britain: It’s not too late to have your say 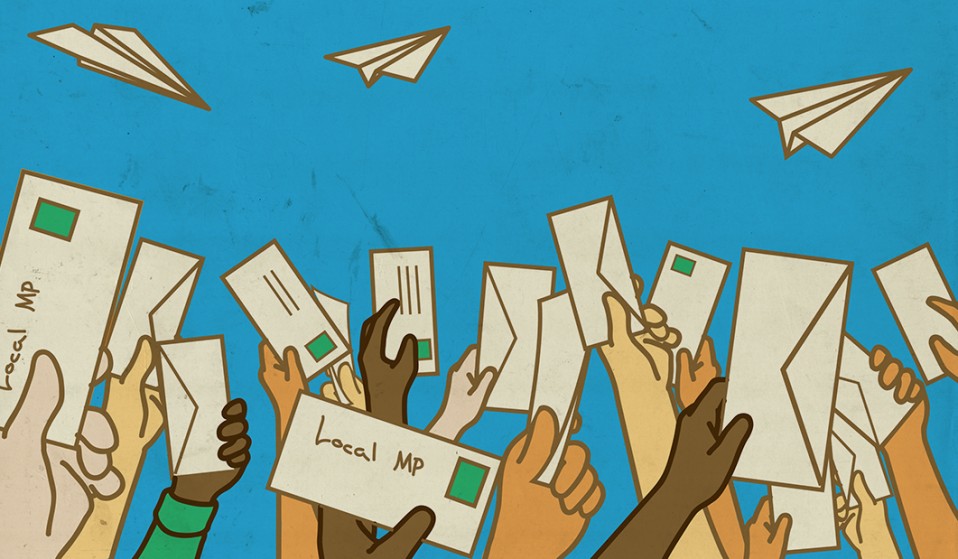 There is too much at stake to sit back now - and everything left to play for. If you feel sidelined by the EU referendum, it's not too late to act.

There is too much at stake to sit back now - and everything left to play for. If you feel sidelined by the EU referendum, it's not too late to act. Join us anytime at Huck HQ and, together, let's speak to power.

The results may be in, but the battle has just begun.

Britain has voted to leave the European Union and the consequences of that decision are now unfolding all around us. Make no mistake: things look bleak and the threats to our future are real.

In the wake of a campaign knowingly built on lies, our so-called leaders have sidled off into the shadows, more concerned with power battles and political infighting than the wave of uncertainty they’ve saddled us with.

More questions hang unanswered than ever before: where will we work? How will we live? What will become of the multicultural Britain that we’ve worked tirelessly to build; the progressive, pragmatic, open-minded nation that could still exist in our hearts and minds?

The country is more divided than ever before, but it did not have to be so. Xenophobia is not an inevitable “sign of the times”; it’s a conscious state-of-being entered into by choice, catalysed and whipped up by cunning elites who will sacrifice their own men to win the war. This is not the act of a clown. And allowing it to parade as anything less is an affront to every fight for civil rights that laid the ground for us to be here. “We are where we are” are words of defeat. “We refuse to turn back” is our battle cry.

But beyond all the rhetoric on both sides – beyond the anger, regrets and sadly unifying grief – lies a small patch of solid ground. This referendum, won by a tiny majority lead, is not legally binding. The extent to which Brexit will or should be enacted has yet to be defined, and embracing that fact as our final armour is not an affront to democracy. If anything, it is our right.

If you feel silenced, speak out. If you feel sidelined, reclaim centre stage. Now is the moment to take control of a system that by design should not be allowed to act on such a generation-defining issue until it has heard from you. There is too much at stake to sit back just yet – and everything left to play for.

There are dozens of things we can each do to amplify our collective voice. Here’s just one of them: pick up a pen and remind your elected leaders that they are obliged to act on your behalf. Tell them what you urgently need: safety for our NHS, better workers’ rights, job opportunities, affordable homes, an economy that will not re-collapse, a seat at the global table, and a society that won’t push people to the outer-brink where resentment is left to manifest as hate.

Pop into 71a Gallery – Huck’s base and home in Shoreditch, London – pick up a template or write a letter of your own and we’ll help you find your local MPs details and mail it for you.

The time is now. Let’s act!

Linkedin
RELATED ARTICLES
OTHER ARTICLES
Theo McInnes’s photos of the annual event provide an intriguing snapshot of contemporary Britain.
Tristan O’Neill’s shots of dancers caught in moments of reverie at the height of rave’s golden age are a testament to the UK’s legendary club culture.
Photographer Becky Tyrell went down to the fading banger and stock raceway to meet a community desperate to keep it alive.
The action took place in response to the 200 asylum-seeking children who were placed in hotels run by the Home Office who have gone missing.
Photographer Sean Maung reflects on documenting a small town in Pennsylvania afflicted by high levels of unemployment, poverty, violence, crime, and addiction.
A new film from Berghaus traces the story of Adam Raja, who left behind a turbulent upbringing to discover the healing power of climbing.