Art & Culture / ’For transgender people, existing is a protest’ 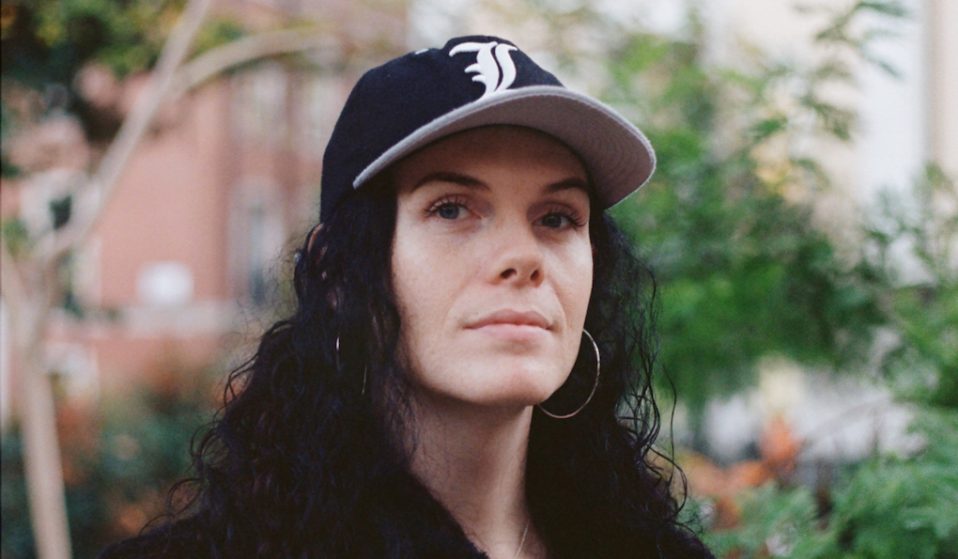 We sat down with trans comic Jordan Gray to discuss the power of portraying complex characters, giving humanity the benefit of the doubt and getting naked on live TV.

We sat down with trans comic Jordan Gray to discuss the power of portraying complex characters, giving humanity the benefit of the doubt and getting naked on live TV.

“It’s nice to have the authority to perform a transgender character that’s not palatable.”

Jordan Gray smiles wryly as she wraps her arms around her legs and pulls them to her chin. We’re sat in a booth at the Soho Theatre bar talking about her 2018 Comedy Central web series Transactions, which has recently been acquired for TV development by Simon Pegg and Nick Frost. Gray, who writes the show, also stars as Liv, a trans supermarket worker who, it would be fair to say, embodies the term unpalatable. The memorable ending of one episode of the web series sees her urinate over the car of a colleague. “Here you are Linda, cheeky little car wash,” Liv exclaims before musing, “don’t you just hate it when you get splashback on your tits?”.

“A lot of transgender people you see portrayed in the media are either suffering saintly characters that can’t do any wrong, or they’re an over-sexualised villain” Gray tells me in her trademark Essex accent. “Both characters are very two-dimensional. Most people are a bit of a bellend, myself included, so it’s nice to play a character that’s transgender, that also happens to be a bit of a bellend. It’s nice to play a character that has a bit of light and shade because it’s so much more relatable!”

In many ways, Gray’s Liv is a breath of fresh air. A tonic to that two-dimensionality that she speaks of. A way of making space for trans stories that more closely reflect the breadth of the experience. She’s a character that Gray hopes, given the space of full length episodes, audiences will come to love. I ask whether she ever worries about putting these complex characters, these true and often challenging expressions of transness into a world that is so explicitly hostile.

“I’ll give humanity the benefit of the doubt 100% of the time and I’m happy to always be disappointed, which has been my experience thus far” she tells me, the sides of her mouth drawing up into a smile. “Most people are amazing, and a small sliver are quite upset and angry.”

A couple of weeks before our chat, Gray performed on Channel 4’s Friday Night Live. Her closing act saw that small sliver of people get very upset and very angry. The performance saw Gray take to the stage and perform her song Better Than You. In the number she explains, over the course of several minutes, why she is better than everyone else. As the song reaches it’s crescendo she stands shouting, “What I love about live TV is that I get to do stupid shit like this!” before ripping off her fluorescent pink suit and finishing the song by playing the piano with her penis, her breasts (made of “the same material they use for insulation on the space station!”) also exposed for all to see.

The performance led to 1600 Ofcom complaints (which were not upheld) and a barrage of visceral hate directed at Gray. Piles of comments outraged by the nudity but also the content of the song – how dare Jordan say she’s better than a woman?! 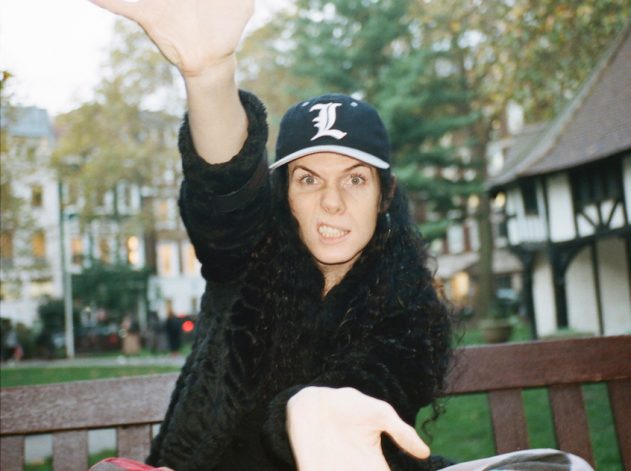 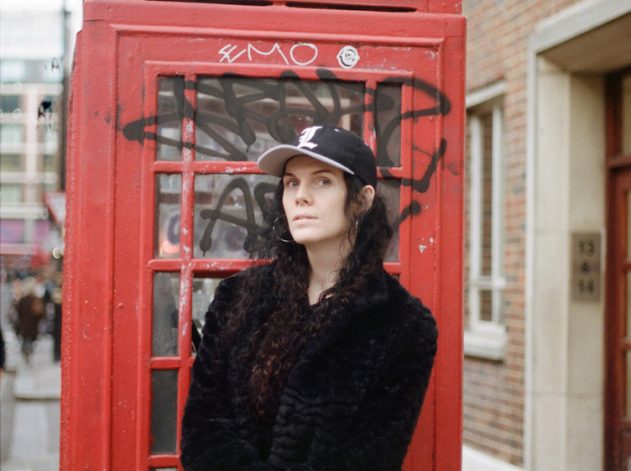 “The song is quite clear” she explains, tongue pressed firmly in her cheek. “I’m saying I’m better than everyone. Every man, woman, child and everything else. Even newborn babies. It’s not specific to them at all. But the thing is if you’re geared up and ready to cast yourself in the role of a put upon or a disenfranchised person, you’re going to take every opportunity to feel that identity.” There are layers of irony to Gray’s performance, which is lifted from the end of her show Is It A Bird. The title, more irony, playing on her love of superheroes, her Essex roots and her trans identity. This summer she took the show up to Edinburgh where it received rave reviews and sold out. She brought it down to Soho Theatre for a sell out run in autumn and will be back in December for another two week run.

We talk more about the backlash from the Friday Night Live performance and move on to her performance at the London Palladium a week later. At the show, which saw her become the first trans performer to headline the venue solo, the security presence was “ridiculous” in response to the deluge of death threats she received. Gray confesses she googled whether the silicone in her breasts would stop a bullet. The search was inconclusive and, mercifully, entirely unnecessary as the show went off without a hitch. We laugh and joke on the topic, ridiculing the lack of effort put into many of the threats, but it’s hard to escape the reality of it. In 2022, a venue was forced to hire a vast number of security guards to protect a woman simply for having the audacity to perform. In many ways, Gray admits, “being transgender and existing is a protest”.

The death threats, however, were dwarfed by the messages of support and love the comic received, many from those seeing their bodies represented on screen for the first time. 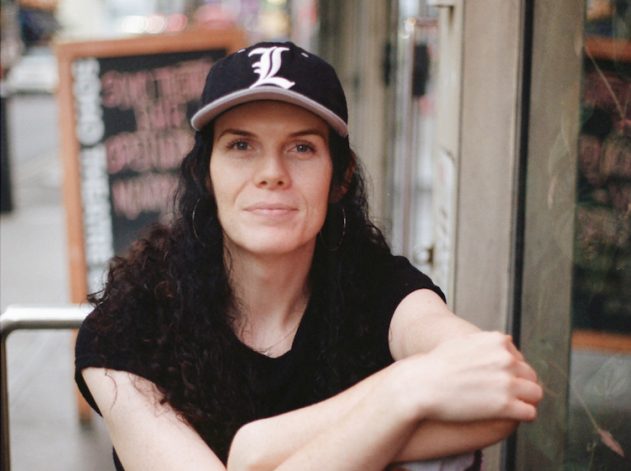 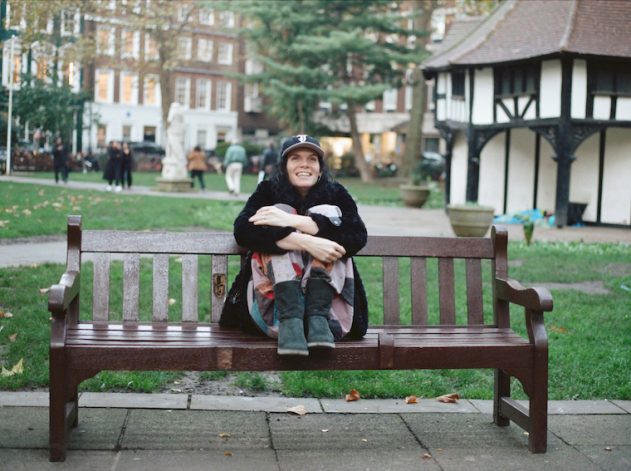 There is a confrontational element to so much of her work that seems, to a certain extent, to take Gray by surprise when I posit it to her. That’s not to say the comic is naive or blissfully unaware, rather she manages to have an almost conscious detachment from the expectation of hate or backlash that paralyses so many of us.

“I just don’t predict anything like that,” Gray tells me as we talk more on the Ofcom complaints. “Maybe that’s the only reason I’m able to do it, because actually I just assume everythings always going to be fine because I think life’s nice”.

For Gray, life is nice right now. Our chat comes straight after she just recorded a new episode of her podcast Transplaining with hip-hop artist Scroobius Pip. She’s gearing up for her next run at Soho Theatre before taking the show across the world next year, all whilst writing and working away on development for Transactions. It has been a seismic few months for the comic who has been very much in the ascendancy since her Edinburgh run. 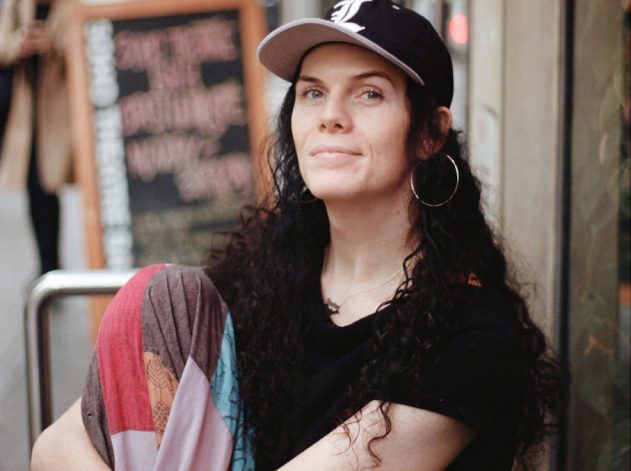 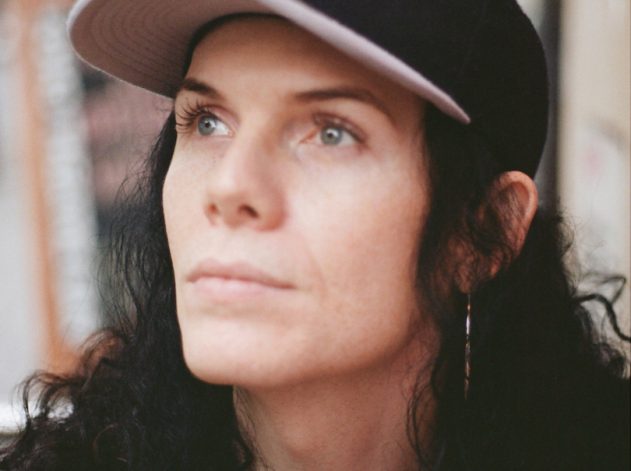 As with many overnight success stories, the acclaim and attention is the result of years of work and toil. Gray is busier than ever, barely getting time to see her wife, who she “likes quite a lot” and lives with in Southend. Her explosion comes at a time when the landscape for trans people in this country, and indeed across the world, only seems to be getting more hostile with every passing day.

She represents so much, for so many. A working class trans woman who injects her performance and her craft with colloquialism and class consciousness. I ask her whether she’s had time, in amongst it all, to really grapple with what she means to people. “It’s a responsibility to know what I’m doing for other people. That’s a really lovely question because it’s so important and no, I haven’t even begun to so I must make time for it.”

At her core Jordan Gray is a wickedly funny comic, a rising star whose dedication to meeting people where they are – “You won’t find any words in my show that most people don’t know because what’s the point in tripping people up before you’ve even begun?” – is as important to her as her commitment to portraying trans people in their entirety, warts and all.


Jordan Gray’s Is it a bird? returns to Soho Theatre in December.

Linkedin
OTHER ARTICLES
The demonstration took place this week over plans to slash £50m from arts bodies in London.
Ireland’s national sports are modernising. At the forefront of this movement is Na Gaeil Aeracha, the country’s first ever queer GAA club.
As the cost of living crisis bites, letting go of treats to keep us going is proving difficult – but we should’t just blame ourselves for our financial worries.
Max Miechowski reflects on documenting land that is being lost to the sea – and the people who live life on the edge.
Jack Lueders-Booth reflects on capturing the community that lived and worked along the city’s busiest railway route during the 1980s.
Through stills, anecdotes and film criticism, a new book examines the portrayal of women’s destructive emotions, reframing it as a challenge to patriarchal structures.