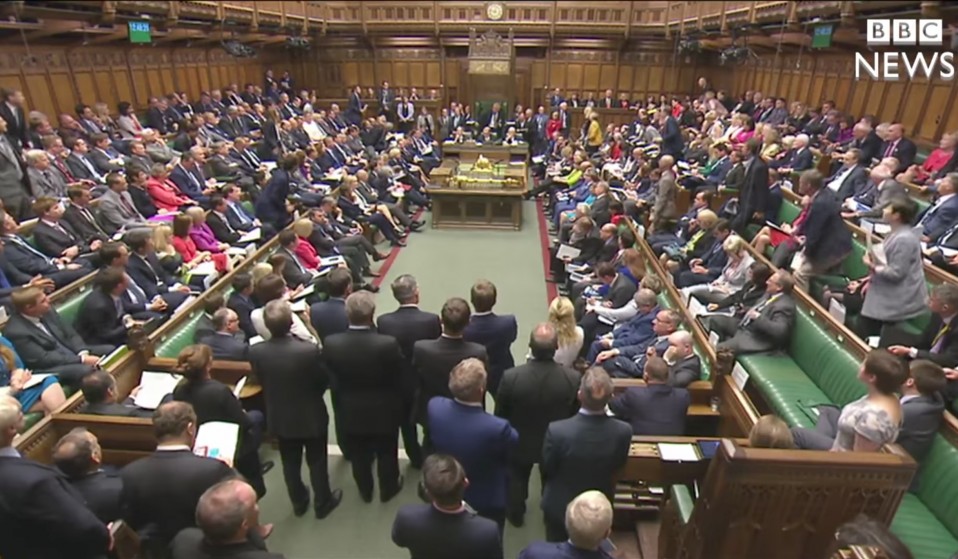 From late night drinking to Parliamentary whips keen to dig up dirt, there’s a culture in Westminster that allows sexual assault to go unchecked.

From late night drinking to Parliamentary whips keen to dig up dirt on MPs for political capital, there’s a culture in Westminster that allows sexual assault to go unchecked. The Commons needs a shakeup, writes Dawn Foster, but it’s unlikely to happen.

In the wake of the Harvey Weinstein scandal, Hollywood was the prime focus: in the following weeks, attention has drifted to other old, lumbering institutions with their own abuse problems. First up, eyes moved to the media on both sides of the Atlantic, and now it’s the turn of the Houses of Parliament. This weekend the newspapers reported on a WhatsApp group used by staffers to warn young employees of predatory and sleazy MPs, the revelation that Stephen Crabb had sent explicit messages to a 19-year-old woman he rejected for a job, and how Mark Garnier had made a former staffer purchase two sex toys. Garner said of his admission that he’d called the woman in question ‘sugartits’ at work: “It absolutely does not constitute harassment.”

Part of the problem is that we exist in a sexist society that lets men get away with targeting women and men when the power imbalance is stacked in the abuser’s favour. Structures within all workplaces gift more senior employees power over the course of people’s careers. Complaining about an established member of a team is unlikely to see you hired after interning, and long-term, being seen as a troublemaker can have serious consequences on your prospects. Either your reputation is marked in casual discussions around the industry, or your abuser and their allies bear grudges that can hamper your prospects when your fate falls in their lap.

But it’s also an issue with how politics functions, just as the alleged Harvey Weinstein abuse was able to continue because of soft power and the culture of industry meetings in hotels. Late nights are standard in Westminster, thanks to a drinking culture that’s been a mainstay in the Commons for decades. Withdraw, and you fail to make the connections needed to further your career. You’re seen as standoffish and not truly committed. Participate, and uncharitable misogynists will happily blame you for putting yourself in harm’s way, or simply state that the behaviour is part of the rough and tumble of adult life. The jeering laddishness of Prime Ministers’ Questions is often defended by MPs and the media as being a key part of tradition. But much of that tradition is what enables harassment to continue in the bars and corridors of power.

In 2014, a Channel 4 News investigation claimed one Conservative MP had said victims complaining of unwanted sexual advances should “grow a pair.” The message to researchers and anyone dealing with MPs behaving aggressively and inappropriately has been to put up and shut up, and accept it as a normal part of high pressured, chaotic parliamentary business.

Complaining, too, has little effect. Jeremy Hunt told Sky News on Sunday he’d been asked by Theresa May to contact speaker John Bercow and look into what could be done to enforce a grievance procedure. Today Bercow made it clear: parties need to sort their MP’s practices out themselves. This in itself is unlikely to be helpful: researchers and parliamentary staff are directly employed by MPs, who are self-employed themselves, so enforcing any strict codes becomes a logistical nightmare.

Diane Abbott told Andrew Marr on Sunday that on entering the House of Commons, she and other female MPs were regularly met with MPs miming “weighing breasts” at them as they stood to speak. Shami Chakrabarti has spoken of the “macho” culture that prevails, a culture which acts as a microcosm of the attitudes adopted away from the benches.

One telling detail in the media coverage over the weekend came from The Telegraph: that Theresa May receives a digest of the “ins and outs” of MPs’ bad behaviour over the previous week, from the whips office. The whips keep MPs in line in their party, negotiating with and more often warning them of the consequences of not voting along the party line. For someone hoping to bend an MP’s arm to vote a certain way, obtaining explosive information about their abusive or sexually aggressive behaviour is helpful. One MP told me they didn’t think it was uncharitable to suggest that some whips relied on hoovering up gossip to pressurise badly behaved MPs later on, rather than focusing on stamping the behaviour out altogether.

Bringing an end to sexual harassment in Parliament won’t be a quick fix – if anything it is likely to be swept under the carpet and subject to a shoulder-shrugging review that drags on for months with a report released with very few concrete proposals.

To do so requires the entire culture of Parliament to change, from working practices and employment mechanisms to selection panels and methods of deselection for appallingly behaved MPs. For now, most can behave with impunity, albeit currently experiencing a brief moment of fear at being outed. But the power still lies with MPs: harassment is difficult to prove, and the omertà within Parliament means that unless people go public with witnesses and are happy to withstand press scrutiny of their private lives and having to recount their humiliation, little will be done.

And already, noises are being made to diminish the scale of the problem and trauma suffered, with a This Morning segment on Monday morning asking whether sexual harassment allegations had gone “too far.” The Daily Mail has also published a piece saying that the uproar around Michael Gove and Neil Kinnock’s cheap jokes about Weinstein’s assaults risked jeopardising humour and free expression, rather than cheapening the abuse and making victims feel they were the butt of the joke.

A second Mail piece dismissed the allegations against MPs charged with groping as “foolish, if tawdry, high jinks”, and said “the idea that there is some mass sexual persecution of women is farcical.”

Parliament is an archaic institution housing behaviour that has no place in society. If sexual assault is said to be part and parcel of Westminster life, it’s high time we drive the sleazy old boys out. It’s far easier to silence victims though, either at work or through attempting to shift the media narrative, so if those benefiting from the sexual status quo can, they will.

Linkedin
RELATED ARTICLES
OTHER ARTICLES
Rhiannon Adam spent three months capturing an ageing society wracked by division, isolation, and the aftermath of scandal.
Following the announcement of an 80% hike in the energy price cap from 1st October, crowds gathered outside the offices of energy regulator Ofgem to protest and declare their intention to undertake a payment strike.
The idea that a younger generation is abandoning work has become a popular narrative online, but it doesn’t necessarily reflect reality.
By turning a real-life crisis into daytime television fodder, TV bosses have once again shown themselves to be completely out of touch with audiences.
Cindy Campbell recounts how her brother ushered in a new era of musical culture at a party she held in the Bronx in ‘70s.
Photographer David Corio’s archive offers a glimpse inside a revolutionary era of music and nightlife.