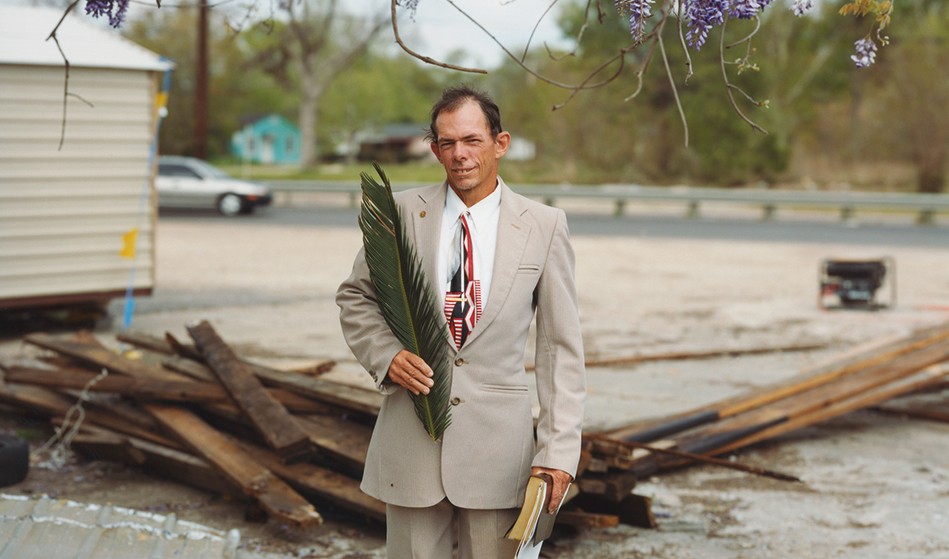 Alec Soth’s first venture into the art world started with painting. Then, he started sculpting outside. After that, in college, he encountered photography. More specifically, Robert Adams’ Summer Nights – a book that was “just about a guy walking around at night.” Alec was hooked. That, combined with the solitude of the medium, meant photography was the language for him.

Years later, the Minnesota-born photographer is internationally renowned, part of the Magnum collective, and an author of multiple books. Alec’s debut, Sleeping by the Mississippi, was first published in 2004 and contained photos – of people, places and things – taken along the Mississippi river during several road trips between 1999 and 2002. Now, it is being re-issued by MACK, along with two previously unseen images.

Alec is a storyteller in a poetic way – his documentary images are not placed there to tell you what to think, be grandiose or make political commentary, but rather to leave you wondering about the story behind them. Ultimately, each photograph is born out of an exploration of familiarity – a study of middle America and the minutiae of the lives of people living within it. Now, 13 years after the first publication of the book, we caught up with Alec. 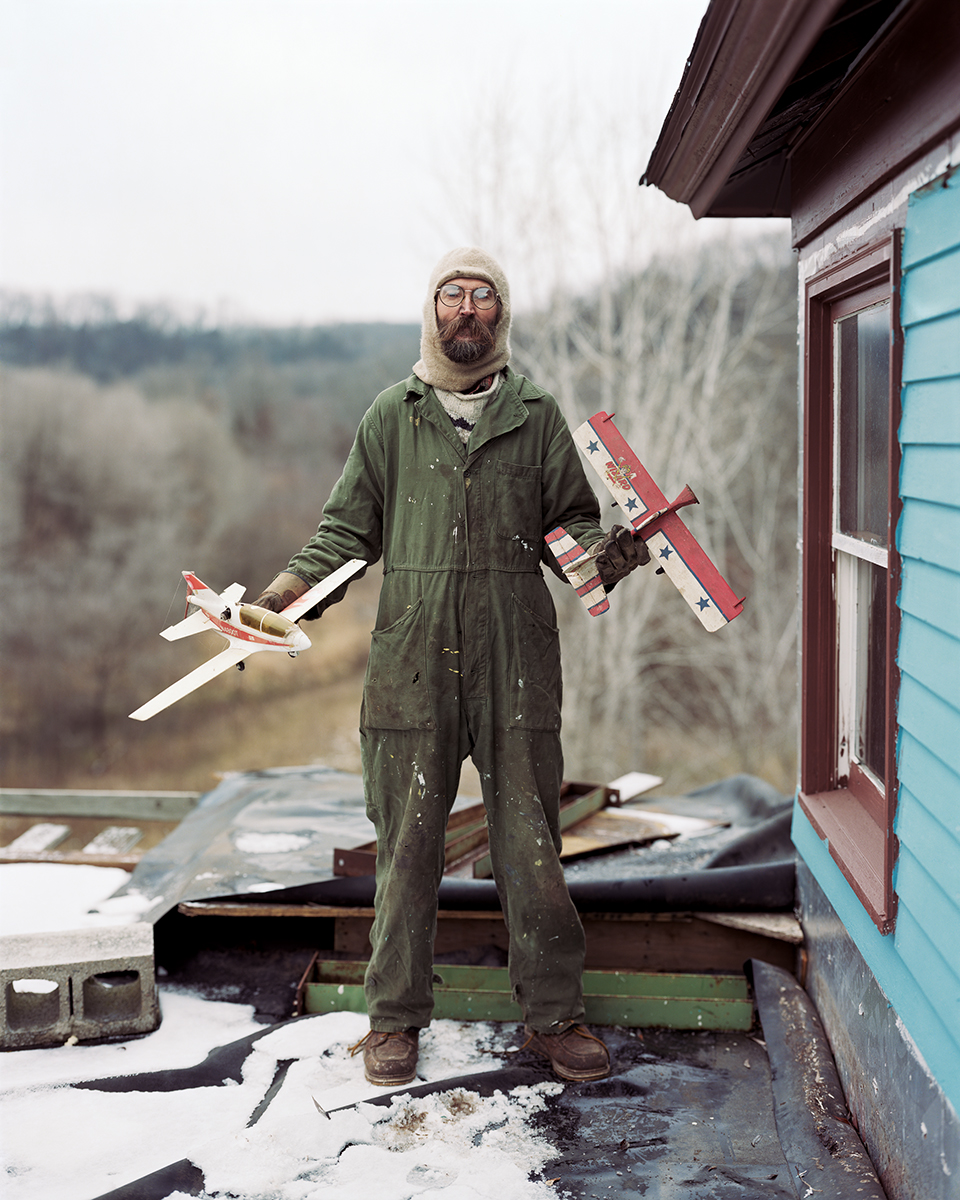 Alec Soth, ‘Charles, Vasa, Minnesota’ from Sleeping by the Mississippi (2017). Courtesy of the artist and MACK. 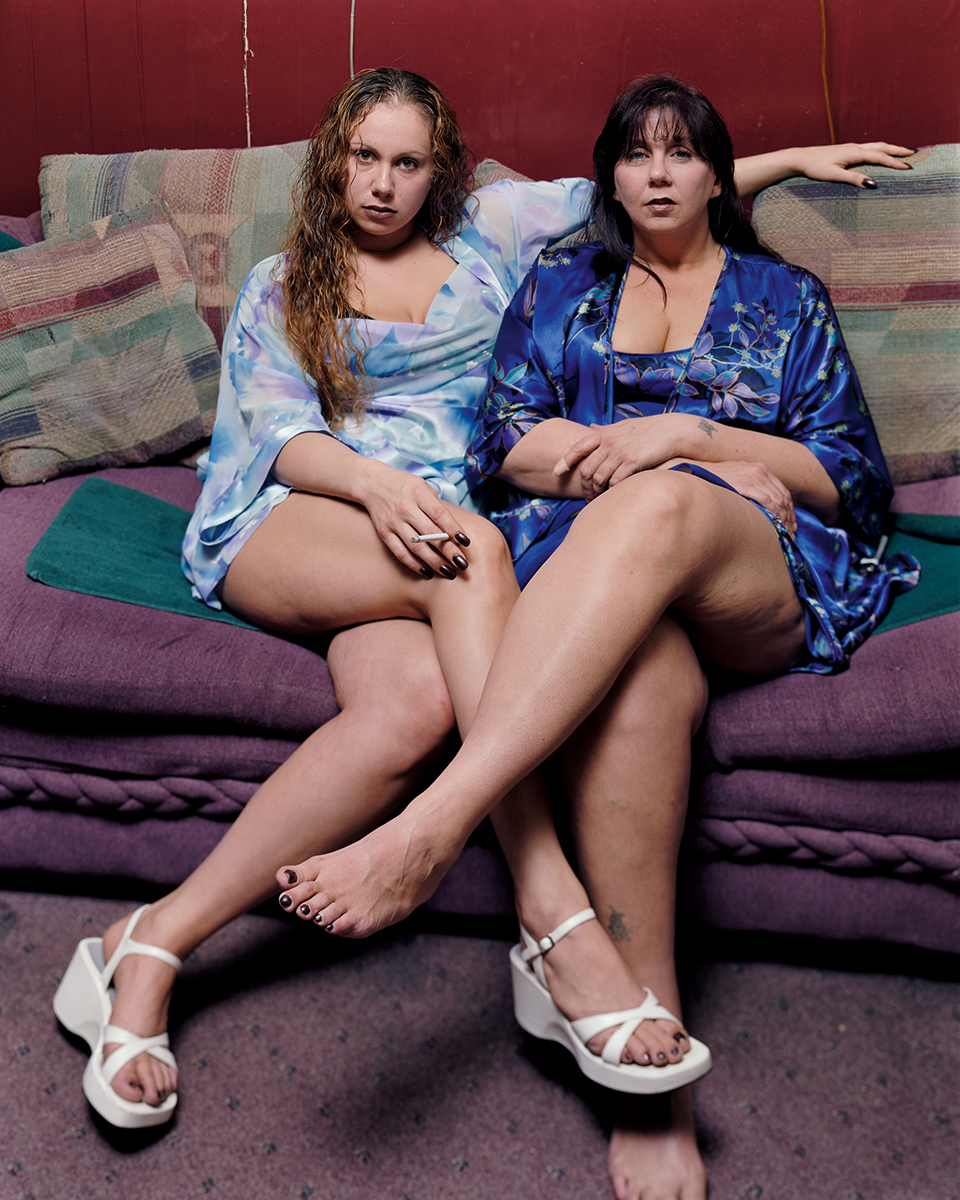 Alec Soth, ‘Mother and daughter, Davenport, Iowa’ from Sleeping by the Mississippi (2017). Courtesy of the artist and MACK.

What makes the everyday life of people so interesting to you?
I think photography has taught me to see that way. I remember when I was a teenager, I had this uncle who talked about seeing the lights in the trees. Lights flickering off leaves, this pure light. I remember not quite knowing what he was talking about – but then later, as a photographer, I got it.

You’ve said before that you’re kind of awkward with people. How does that play into your photography?
I don’t struggle in that way anymore, but I think that it was responsible for getting those pictures. I wouldn’t get the same pictures now because I’m not the same person. I think it actually helped people trust me, in a weird way. I seemed very non-threatening. That’s why I say that when I’m reading people I want to photograph, they’re also reading me. We’re picking up on all those cues that we give off to another person. I think my own anxiety existing on the surface like that – people found comforting.

What has it been like to look back at the Sleeping in the Mississipi images?
It’s been good. I still see the flaws in Sleeping by the Mississippi – things I did then that I wouldn’t do now – but I can accept those and see what I like about it. 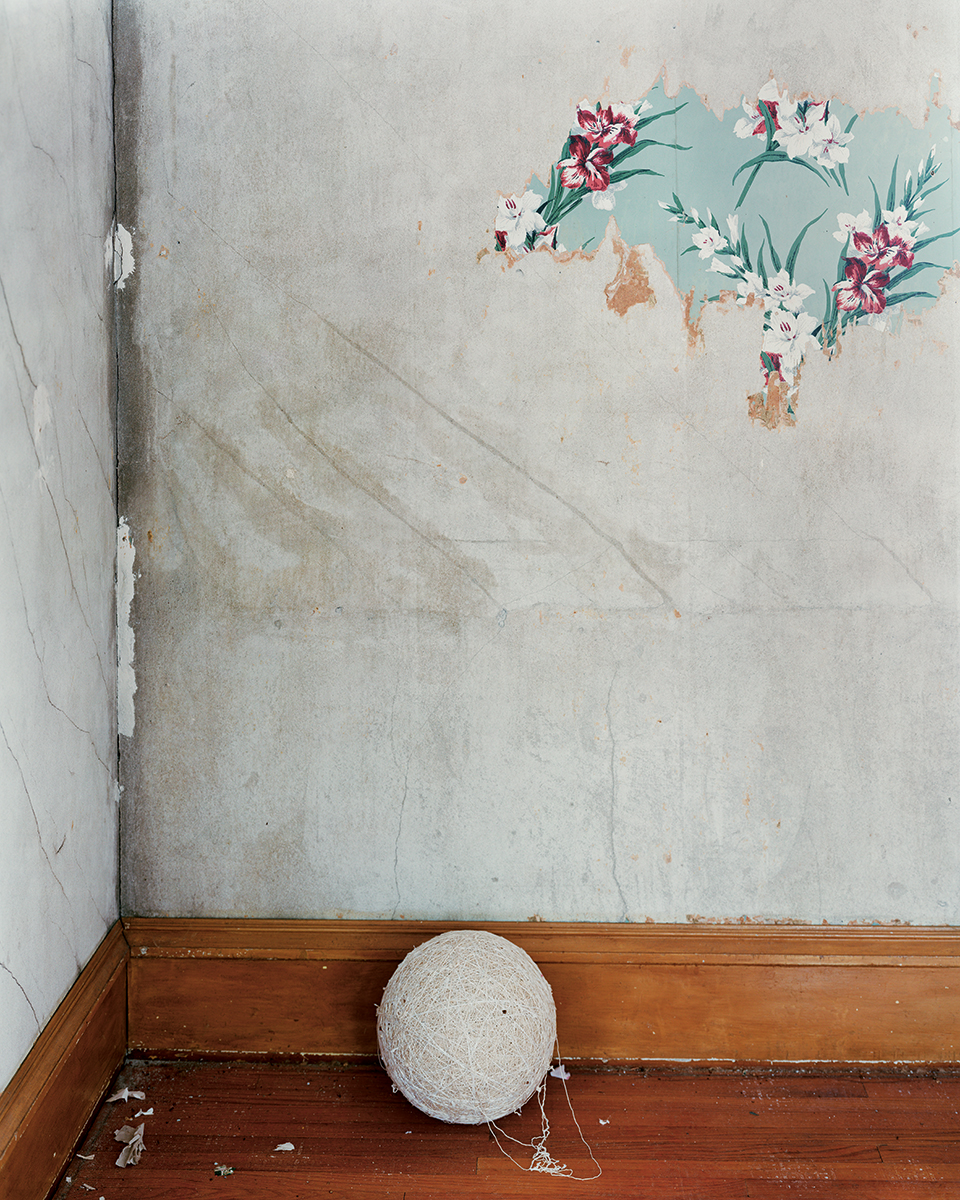 Alec Soth, ‘Green Island, Iowa’ from Sleeping by the Mississippi (2017). Courtesy of the artist and MACK. 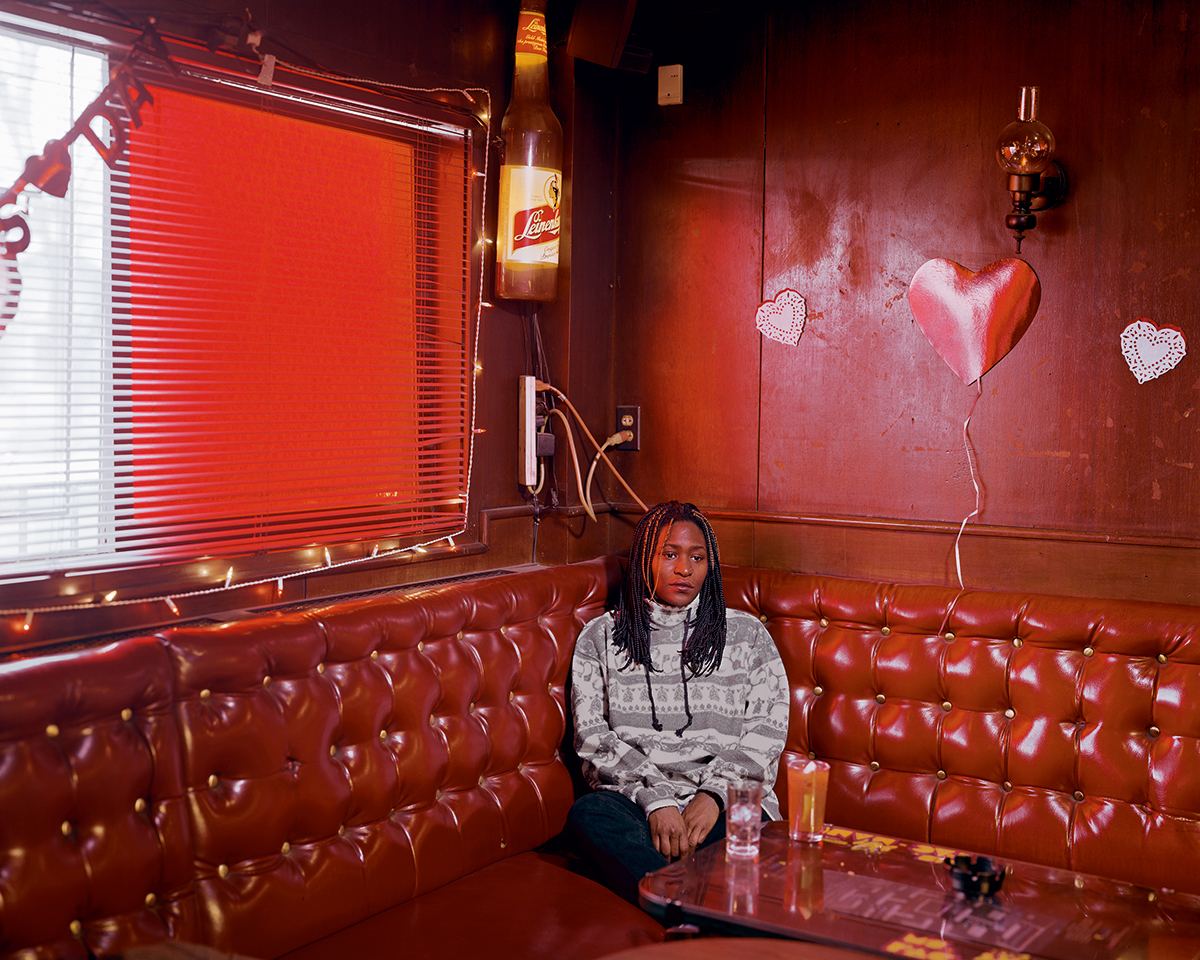 Alec Soth, ‘Kym, Polish Palace, Minneapolis, Minnesota’ from Sleeping by the Mississippi (2017). Courtesy of the artist and MACK.

Have you ever had a moment that you hit a creative wall and how did you overcome it?
I’m in the middle of one right now as a matter of fact. I haven’t overcome it yet. I’ve done long-term projects and abandoned them and had to start over… Photography is so wrapped up in my identity that if I’m not working I tend to lose my sense of identity and I freak out. This goes from when I was 15. When I had a full-time job and I didn’t produce anything, I would beat up on myself. I’m more trustworthy now, but I definitely still hit the wall.

If someone wanted to get into photography but they’re scared they’re not talented enough, what would be your advice?
It depends on what their ambitions are – if the ambition was to make a living, I’d never recommend making a living as a photographer. If the ambition is a different one – investigation of the world and of oneself, then I think it’s just a matter of time and devotion. Another great thing about photography is the accessibility of the medium. You don’t have to study the technical aspects for 10 years to use it. You can move on to content more quickly. 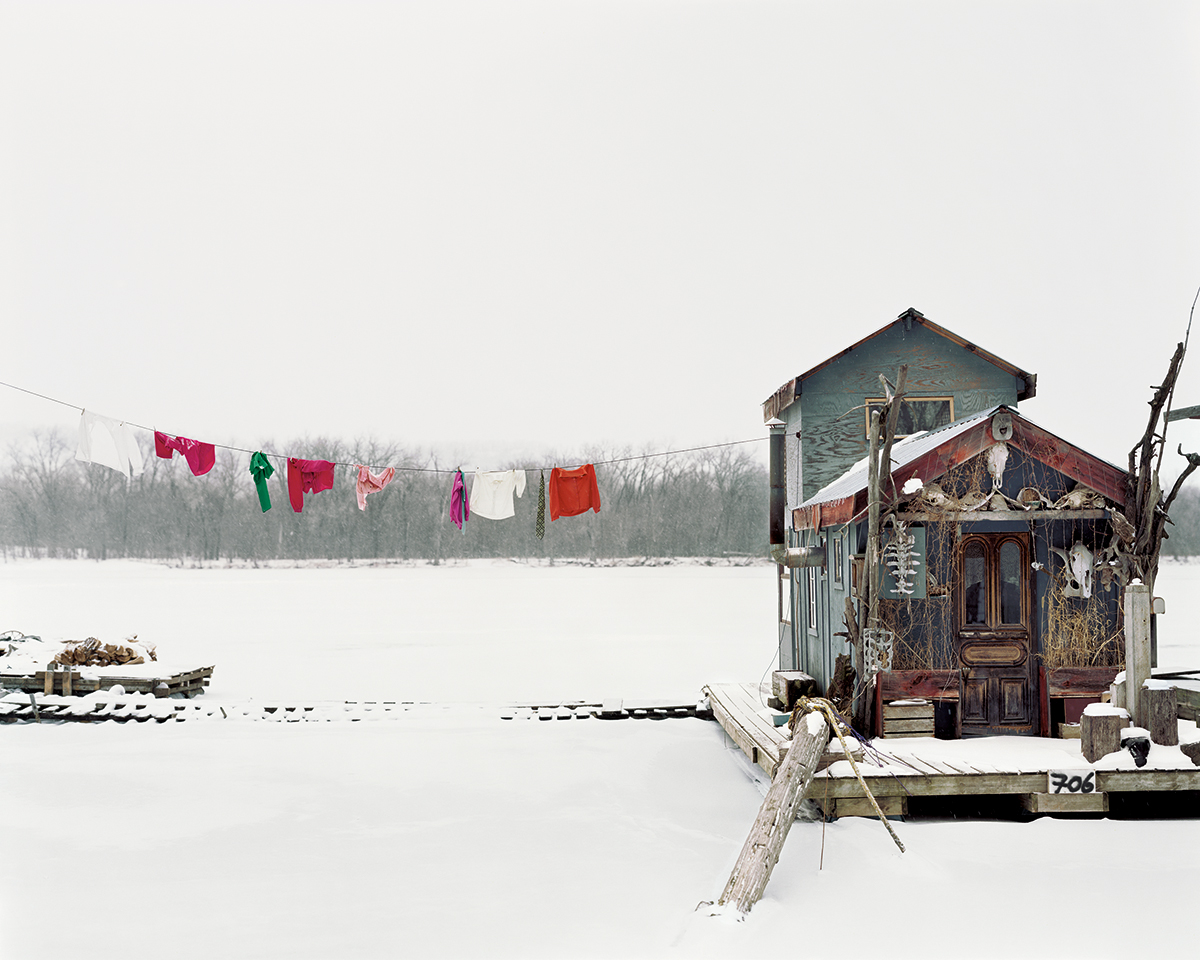 Alec Soth, ‘Peter’s houseboat, Winona, Minnesota’ from Sleeping by the Mississippi (2017). Courtesy of the artist and MACK.

Alec Soth, ‘Cemetery, Fountain City, Wisconsin’ from Sleeping by the Mississippi (2017). Courtesy of the artist and MACK. 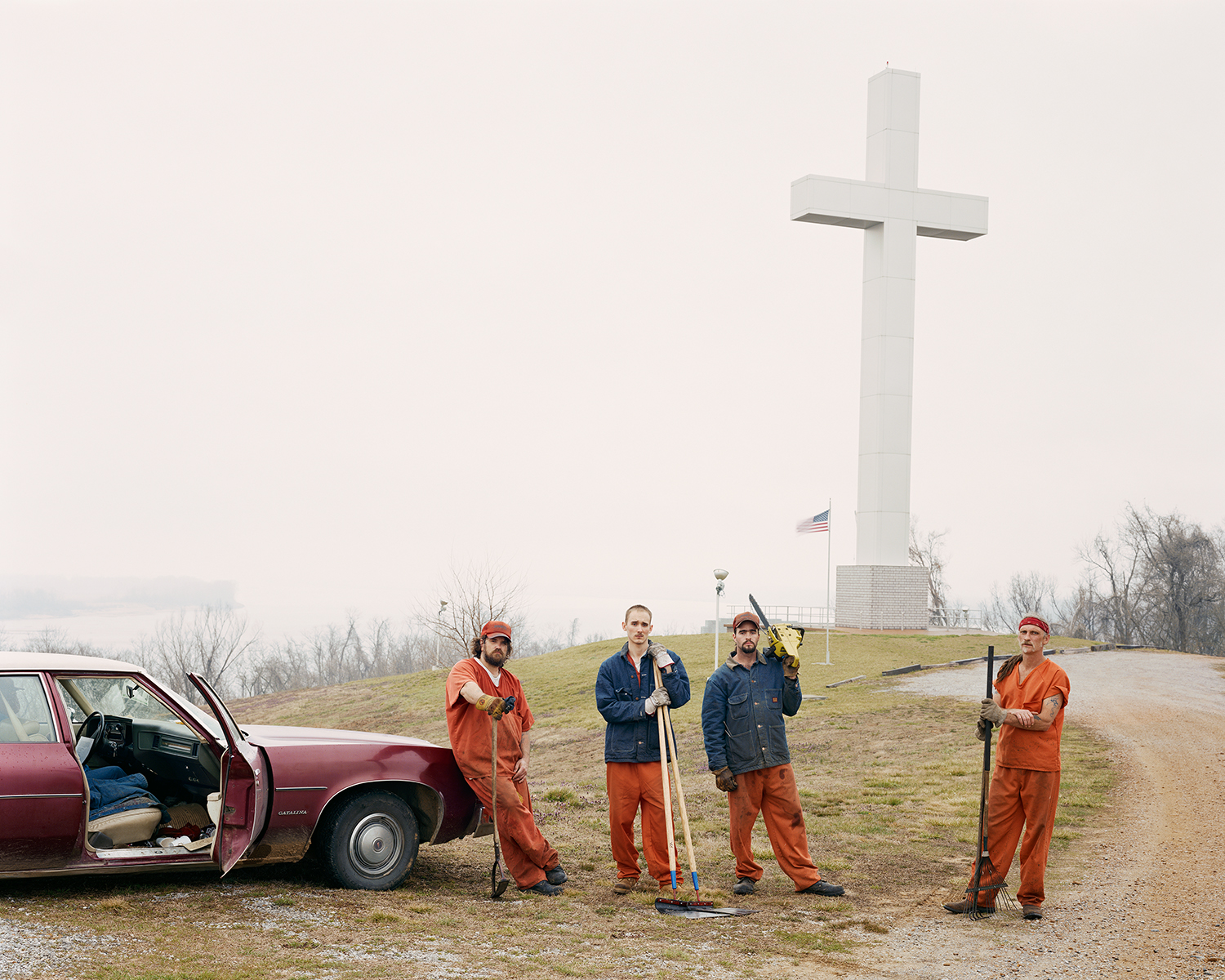 Sleeping By The Mississippi is available now on MACK books. You can see the images live at Beetles+Huxley, from September 20 to October 21.

Linkedin
RELATED ARTICLES
OTHER ARTICLES
After blocking the Scottish government’s gender recognition reform bill, Westminster is now devising further changes to the law to make it harder for trans people to self-identify.
As she gears up for the release of her first book, the 24-year-old climate activist talks standing up to authority and building a more inclusive movement.
Photographer Becky Tyrell went down to the fading banger and stock raceway to meet a community desperate to keep it alive.
At his West Bank restaurant, Fadi Kattan established himself as the voice of modern Palestinian cuisine. Now, he’s bringing his innovative, bold flavours to the UK’s capital.
After building his reputation covering the US civil rights movement in the 1960s, the photographer went on to produce some of the most enduring images of the past century.
A recent High Court ruling against the right to wild camp in Dartmoor National Park sparked the largest land protest in history – and campaigners say their fight is not over yet.