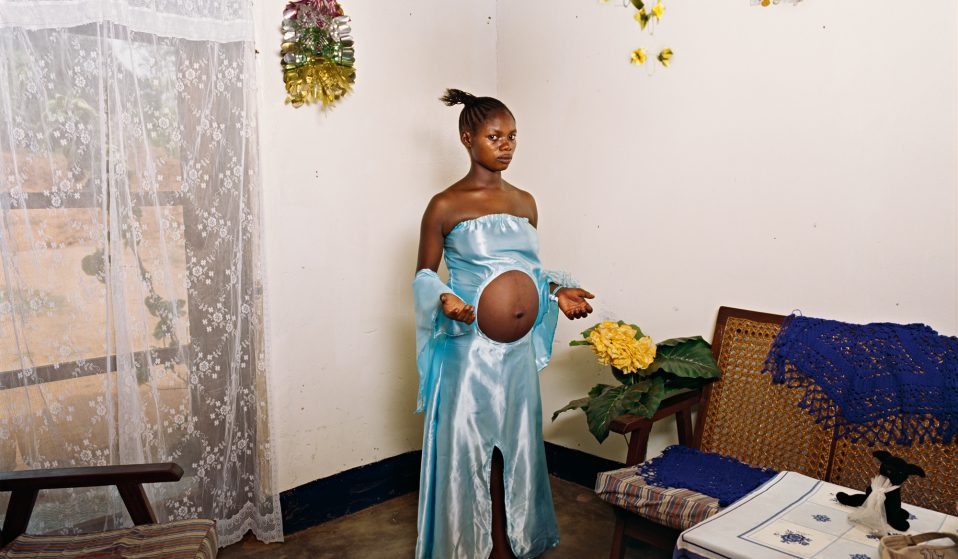 Deana Lawson’s photographs embody the realm of myth, a space where the divine and mortal realms merge.

They centre around the subjects of family, spirituality, sexuality, and intimacy within the black experience, in the US, the Caribbean, and Africa. She credits Carrie Mae Weems and Renee Cox for piquing her interest in documenting issues of race and identity, as well as cultivating a nuanced conversation around black aesthetic in both art and daily life.

Now living in Brooklyn, Lawson draws inspiration from everything – from vintage nudes, juke joints and acrylic nails, to fried fish, lace curtains, the Notorious B.I.G. and thrift shops. Her large-scale photographs are extremely formalist and meticulously staged, but they’re also profoundly intimate studies of black life around the globe today. 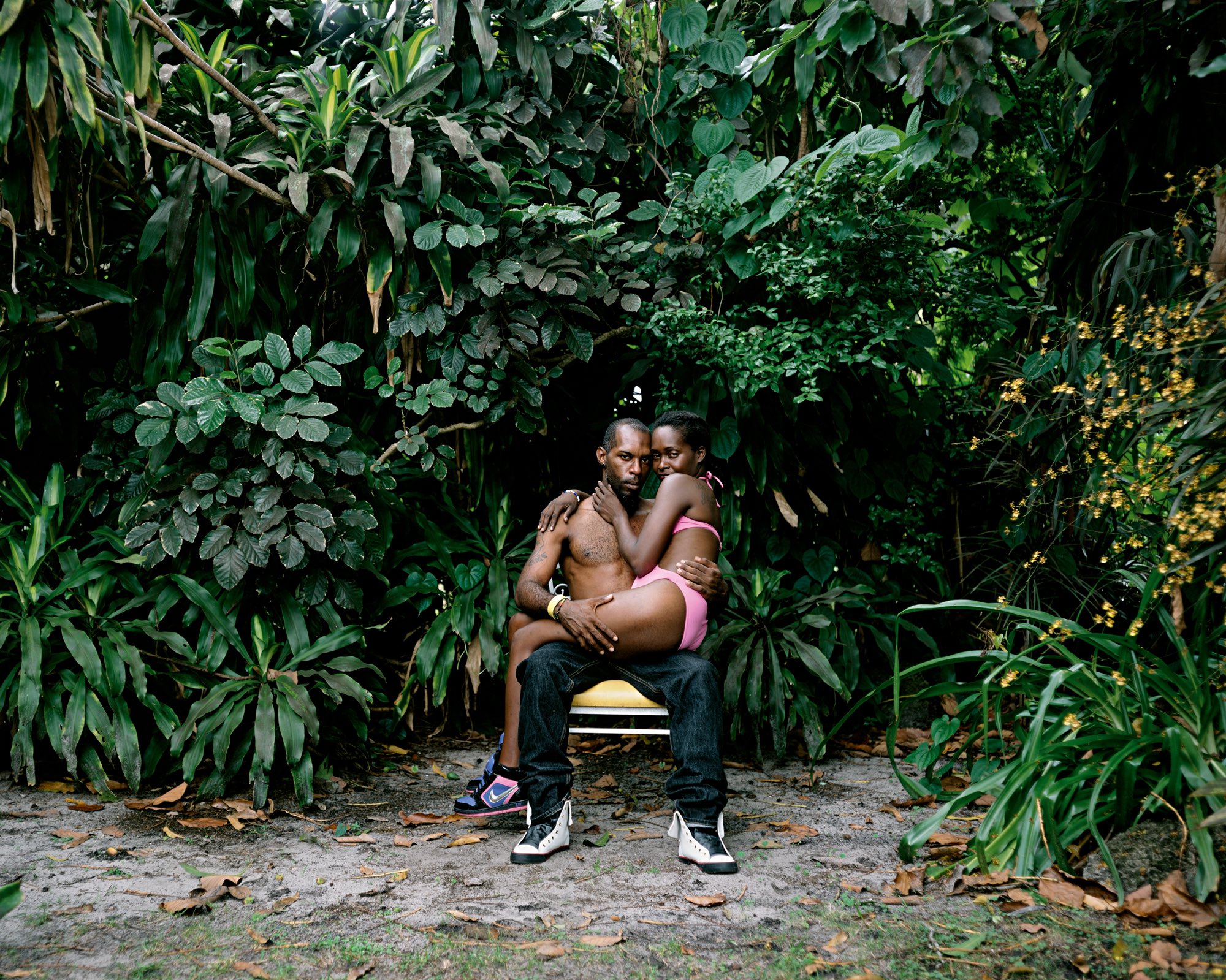 Her first monograph, Deana Lawson (Aperture), presents 40 key works made over the past decade in the US, the Caribbean, and Africa. A selection of 13 photographs and a new film will be on view in Deana Lawson, the new exhibition opening at the Underground Museum in Los Angeles on October 12, 2018.

Hailing from Rochester, New York (the home of Eastman Kodak), mythology has informed Lawson’s life. Her family had several connections to George Eastman and the company, while her father was a photographer.

“Deana claims she was predestined to become a photographer,” explains Megan Steinman, Director of the Underground Museum.

“Her images are so layered and complex conceptually that you can get turned around by them, but in the most beautiful way, because it has the mythology of black lives that takes you across dimensions and across time. She stretches back to Africa, and the Transatlantic Slave trade to the Industrial Revolution, Jim Crow, and the Harlem Renaissance, to the keepers of incredible archives of art and creativity: the mothers, sisters, fathers, brothers, and cousins, the kids on a playground, and the mundanity of everyday life.” 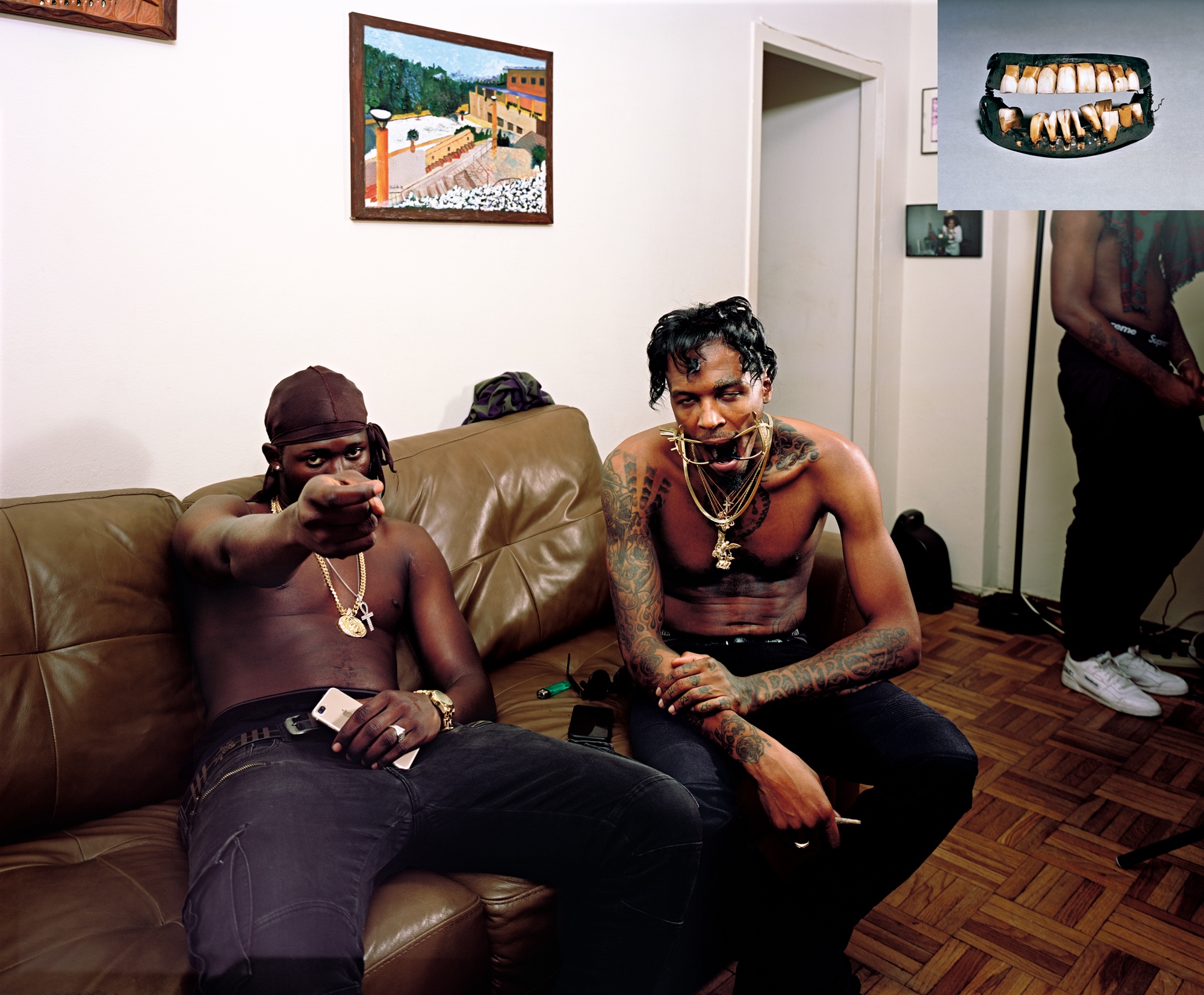 Lawson’s subjects are usually strangers she meets in public places. She then steps inside their world to explore how they express their identities within the privacy of their own homes. Her photographs show us how her subjects see themselves, and she allows us to look at the ways in which personal style, facial expression, posture, and interior décor interact in a new kind of portraiture that could be described as domestic formalism.

“I’ve rarely seen more powerful subjects in a photograph than in Deana’s photographs,” Steinman says. “They are strangers and in the process of meeting them, inviting them to be part of their work, and composing them within the frame of her photograph, she has managed to never take from their own personal agency. In that gift of agency, of the subjects looking back at you, you understand how you yourself have agency, and you feel that transfer of power that’s happening between photographer, subject, and viewer. In Deana’s work, the power is a three-way shared responsibility so that everyone is taking care of the other person.”

Lawson’s work eradicates the insidious presence of the white gaze, creating a conversation that exists free from the bind of double consciousness. “Deana talks about demonstrating a beauty that has always been there,” Steinman adds.

“The majority of our audience, which is black and brown, come in and really sit with that. I hope that message is transferred, not just theoretically, but that all audience leaves with a very full heart and a very loving knowledge of that kind of beautiful blackness.” 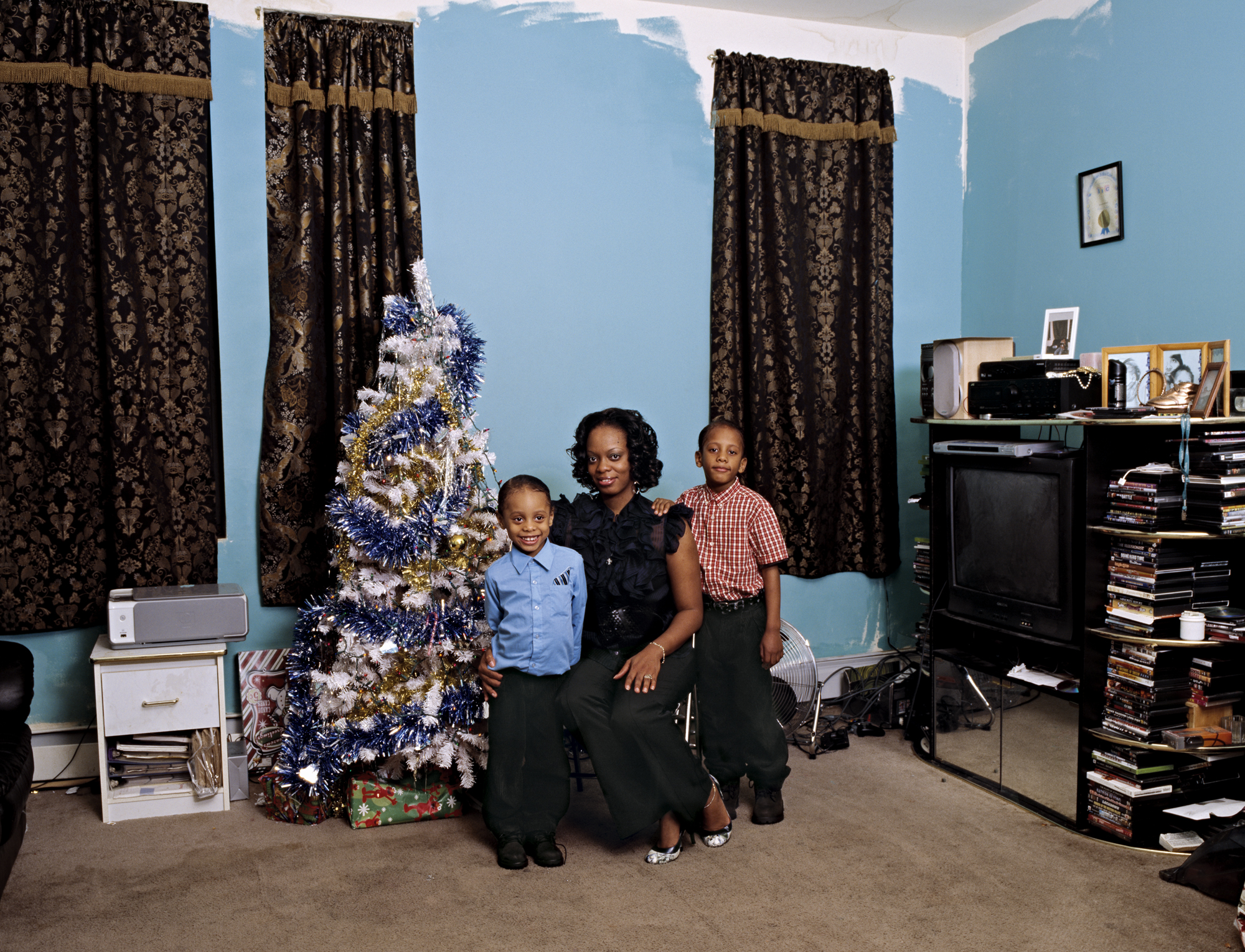 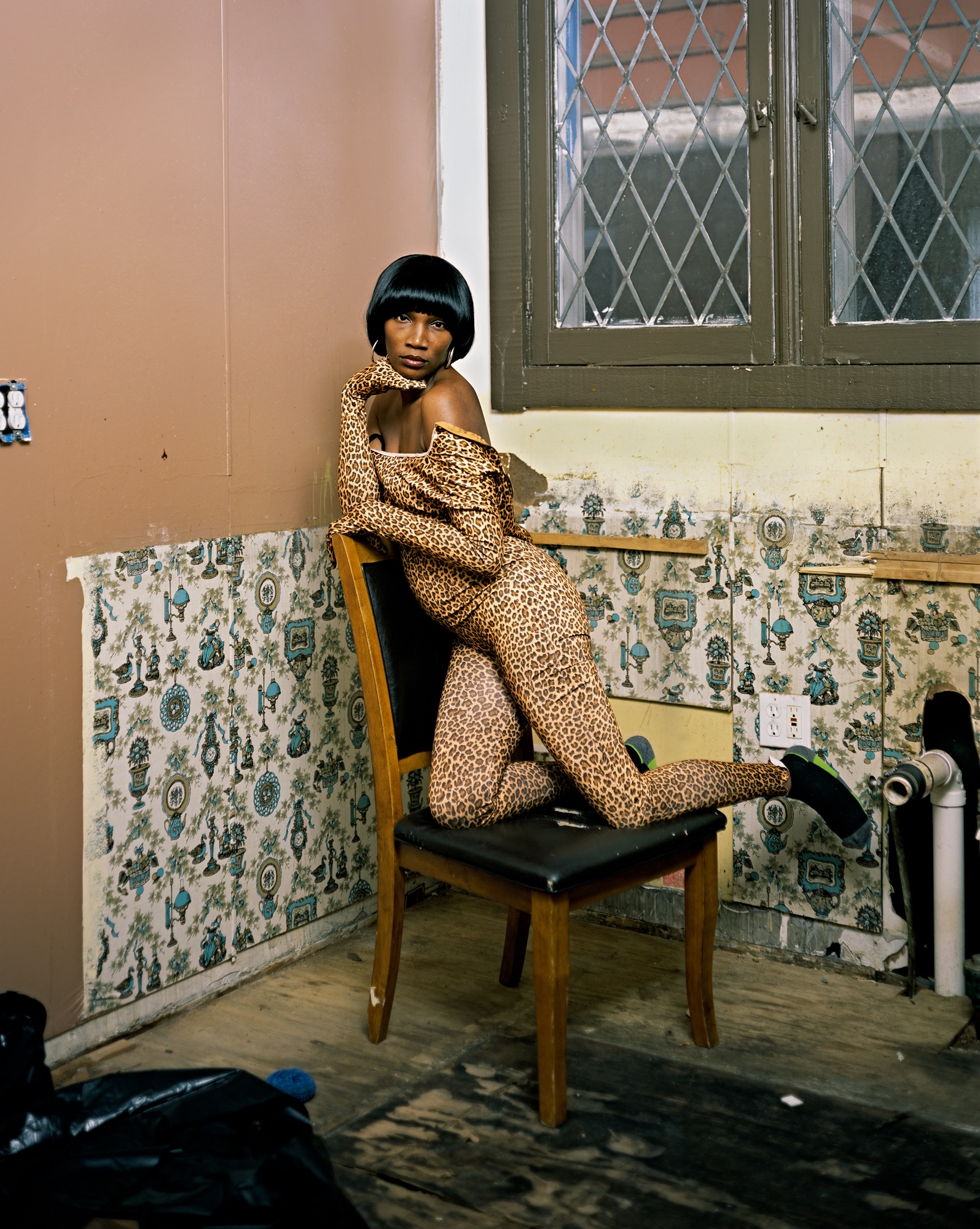 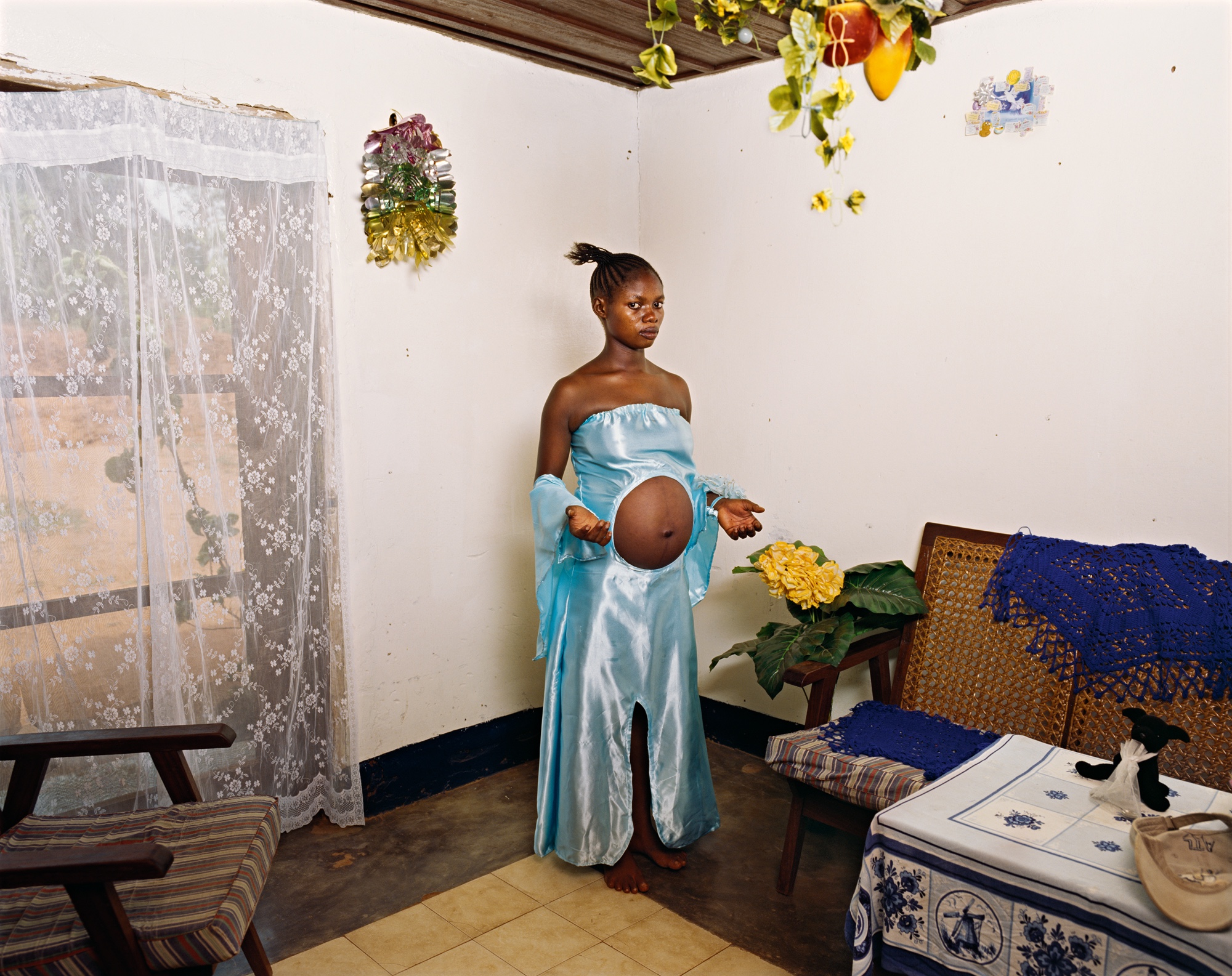 Deana Lawson will be on view at the Underground Museum in Los Angeles through February 17, 2019.

Linkedin
RELATED ARTICLES
OTHER ARTICLES
Our new magazine is here, starring the inimitable Mitski. Order your copy now and join us on a trip around the world.
Following the release of his newly republished 1991 book, Redheads, the American photographer reflects on his celebration of ginger people and their magnetic power.
In the last of our dispatches from OFFF Barcelona, Rufus Deuchler and Vincent Gault discuss the future of creative process.
The author discusses her blistering new novel about history, revolution and queer love.
The situation in Afghanistan remains dire, with many groups facing persecution at the hands of the Taliban.
After news broke last week around an expected reversal of the 1973 landmark law that made abortion legal in the US, protestors gathered in the UK in support of American women.