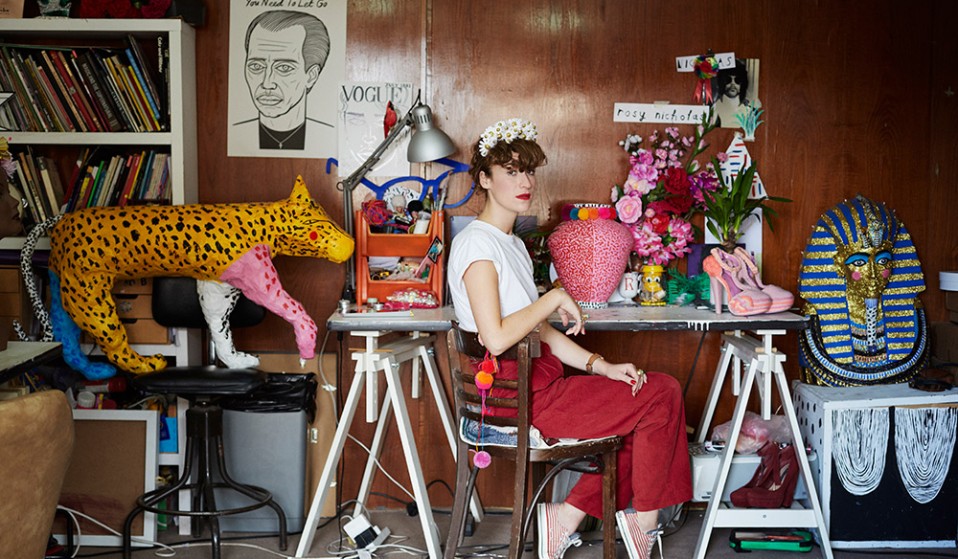 Photographer Jenny Lewis has spent years photographing East London artists in their own studios, capturing creativity in its most intimate setting.

Photographer Jenny Lewis has lived in Hackney, East London for over two decades, a part of this corner of the city's diverse community. For the past four years she's been photographing local artists in their own studios, capturing creativity in its most intimate setting.

For the last four years, photographer Jenny Lewis has been in and out of studios across Hackney, East London, photographing a tribe of artists who over time have defined the area. From painters to illustrators, filmmakers to jewellers, ceramicists to fashion designers, Jenny has captured creatives in this bustling part of the city inside their own studios, getting them to share their private thoughts about the creative process along the way. 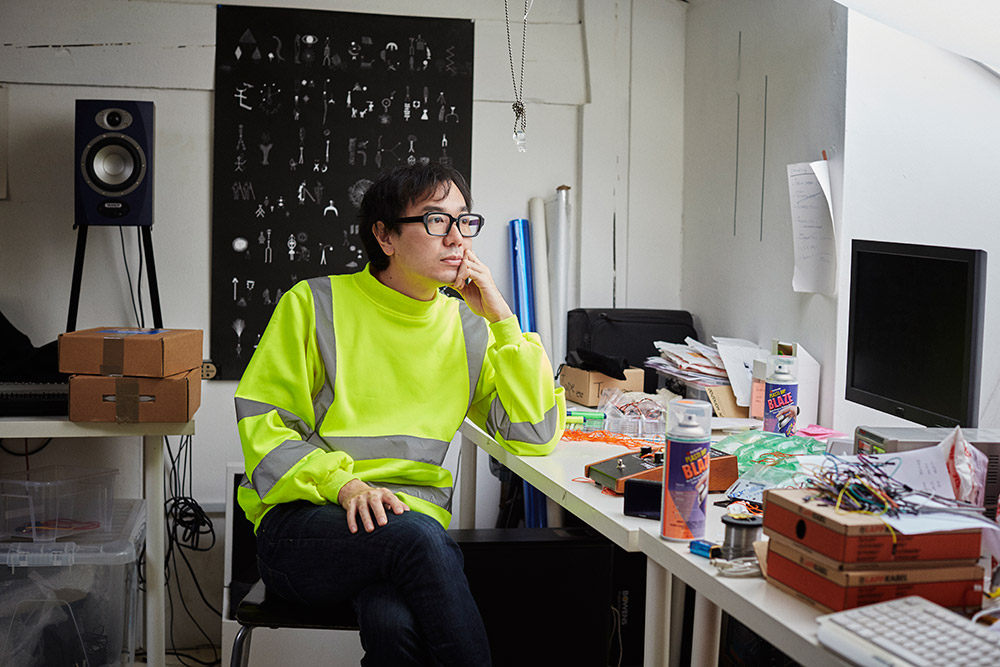 The project began with a chance encounter and grew organically into a ‘family tree’ of the borough’s creative community, with each artist nominating the next person to be photographed. The result is an intimate insight into parts of the city so often hidden from view, a permanent record of the places and people who’ve shaped culture over time.

Why did you want to shoot artists in their studios?
I love capturing people in their environments so the background can be read as much as the facial expressions or body language. Clues about their life and work can be read as clearly or in fact easier than a face alone. You can discover their working practice: see what tools they work with, what is going on in their head has exploded around the room. You start to understand the way they may see the world.

Even a sparse studio gives you so much information about the way someone works. I also find with studio portraits there is so much pressure for the sitter to project how they would like to be seen whereas in their own space they can relax as the space is saying so much already, a truth that can’t be hidden no matter how much they tidy up. 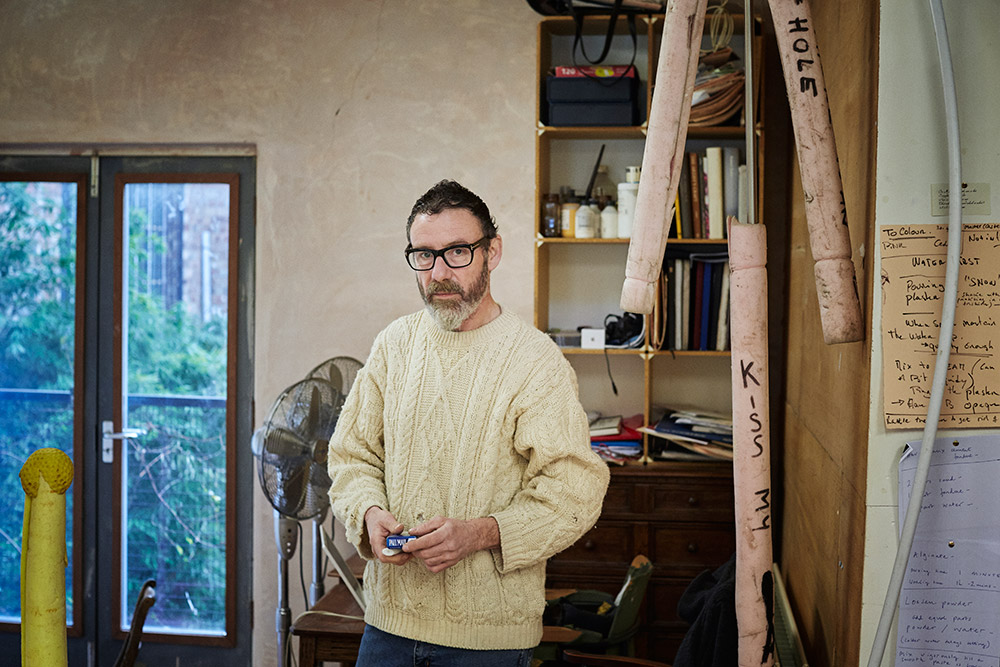 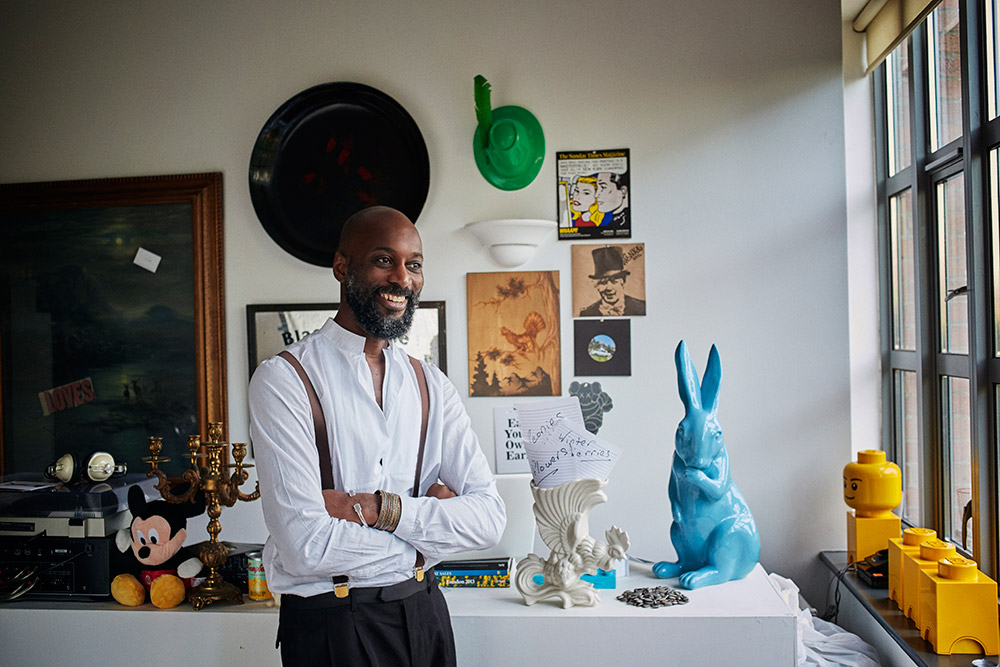 Why is the studio such an important sanctuary for artists?
I had this conversation a lot while working on this series and it seemed to be that need for visualising your ideas and having them up on a wall. To be away from the domestic in a different compartment of your life. To be surrounded with it, live and breathe it, and allow let it to develop and evolve, rather than clearing ideas away at the end of each day. This space is really just making physical what is going on in their heads while it’s still a thought and not a finished thing.

How have you seen Hackney change in the 20+ years you’ve been living there?
Well of course it was a lot rougher back then which is why I moved here as it was the only place I could afford. There was nowhere to eat out – not that we did that anyway – but a  guy used to turn up at the end of the road outside a pub that’s long since been knocked down and serve the best jerk chicken I have ever eaten.

That kind of thing doesn’t happen anymore and theres more of a scramble to get past café’s sprawling out on to the pavements but I still know all my neighbours and it the friendliest place I’ve ever lived, I can’t imagine myself anywhere else. What makes me sad of course is cycling around and remembering people and studios I used to know who have since been forced to move due to rent hikes and buildings being demolished to make way for flats. 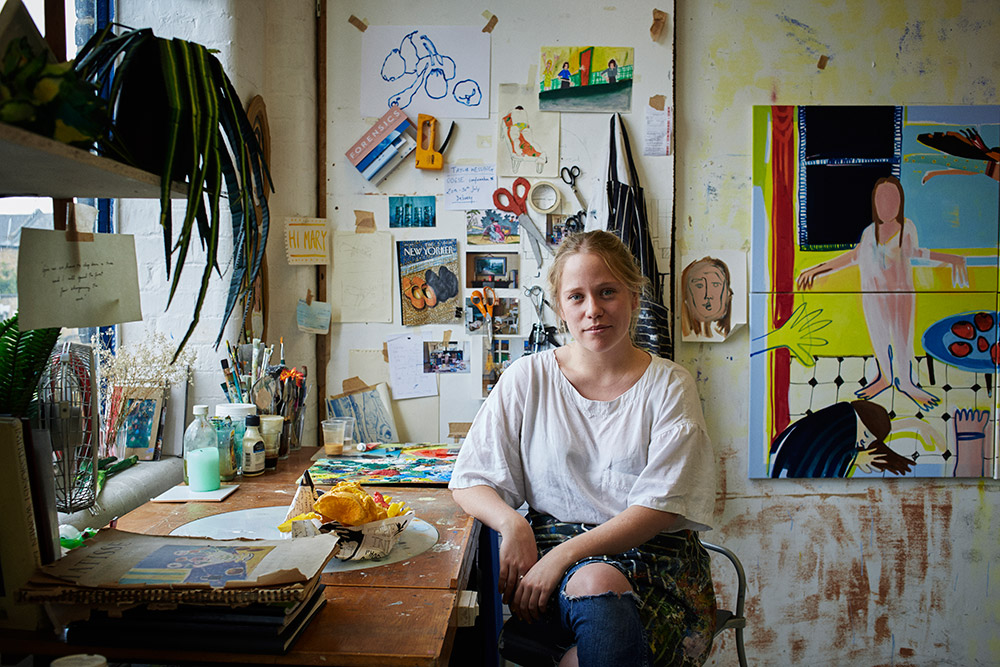 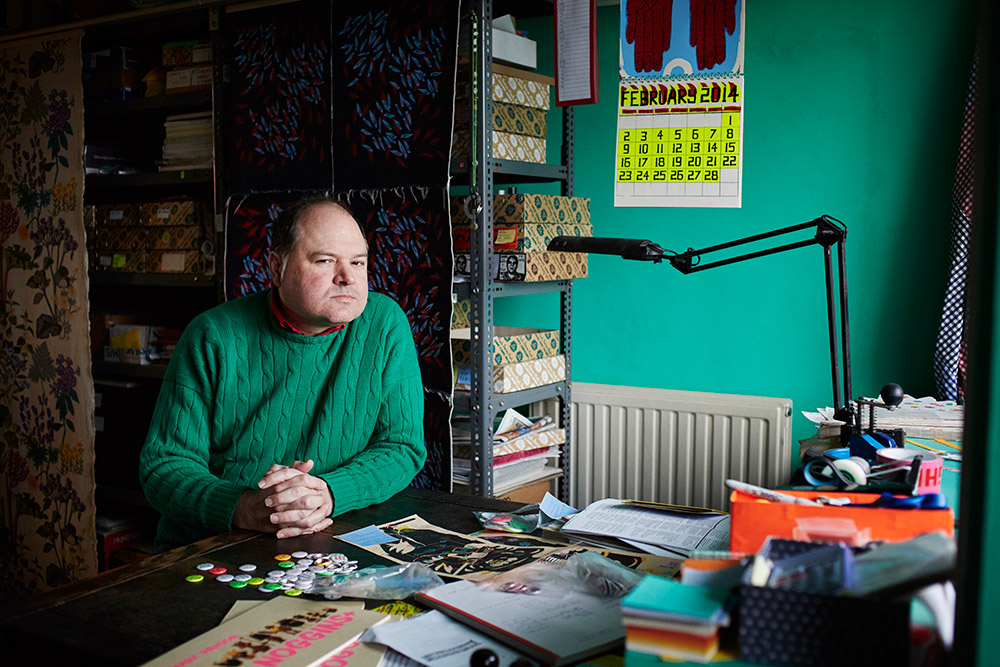 As Hackney becomes pricier and pricier, will artists be forced to move out? What was the vibe from those people you spoke to?
I had so many conversations about uncertainty with what is round the corner; people can’t afford to live here let alone rent a studio as well. It was so clear from seeing the size of the spaces people in their sixties had been able to buy years ago were vast and they had the room to work and live… compared to the younger artists either working in a corner of their homes or having a desk amongst ten other people in a noisy studio share. 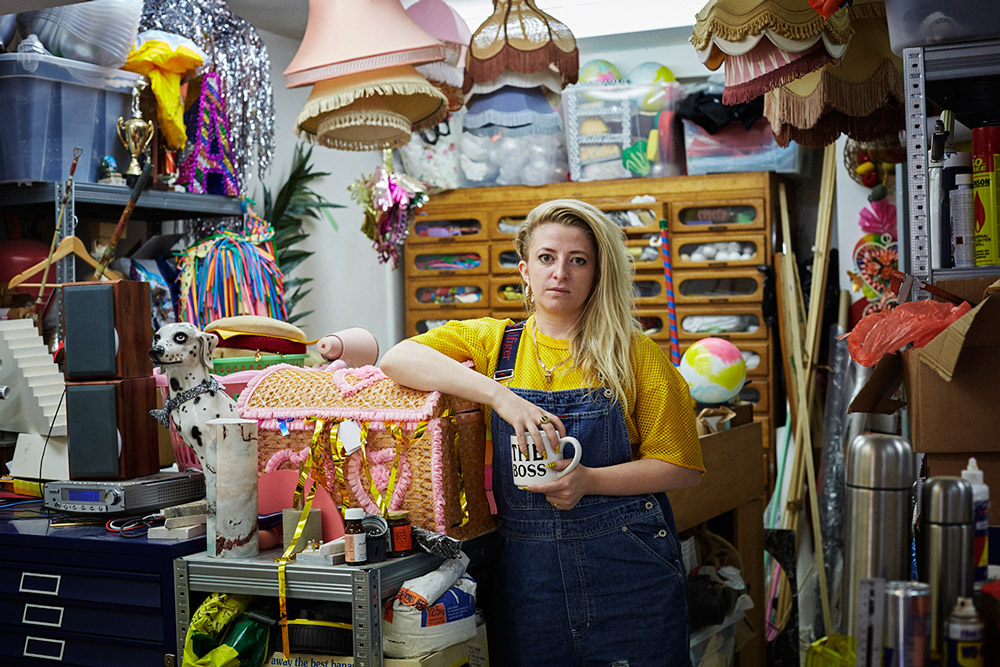 In the four years it took me to shoot this series I would say a half of the people have moved on or given up their studio to work at home so the community is really suffering. It’s a hard one to comfortably comment on. We moved in and made the area too pricey for the locals and now another wave of money is moving in and the community is being split again.

The vibe of course is sad because when it works this is the best place to be, but new creative hubs and opportunities will emerge. I get the feeling the people I met have such a will to create, its not a choice it’s something they have to do… so the location may change but not their lifestyle. 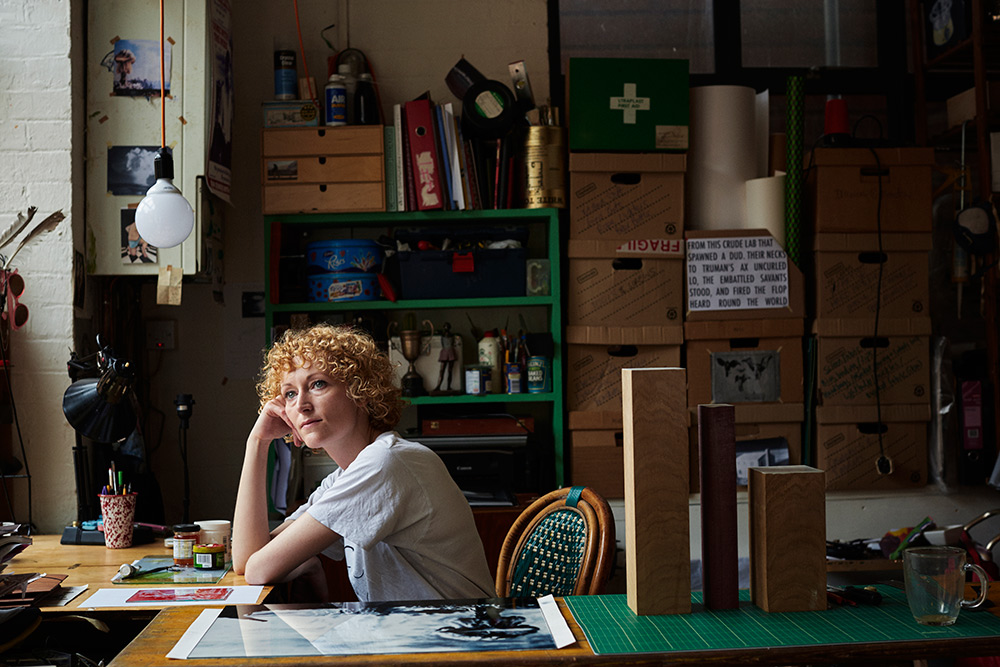 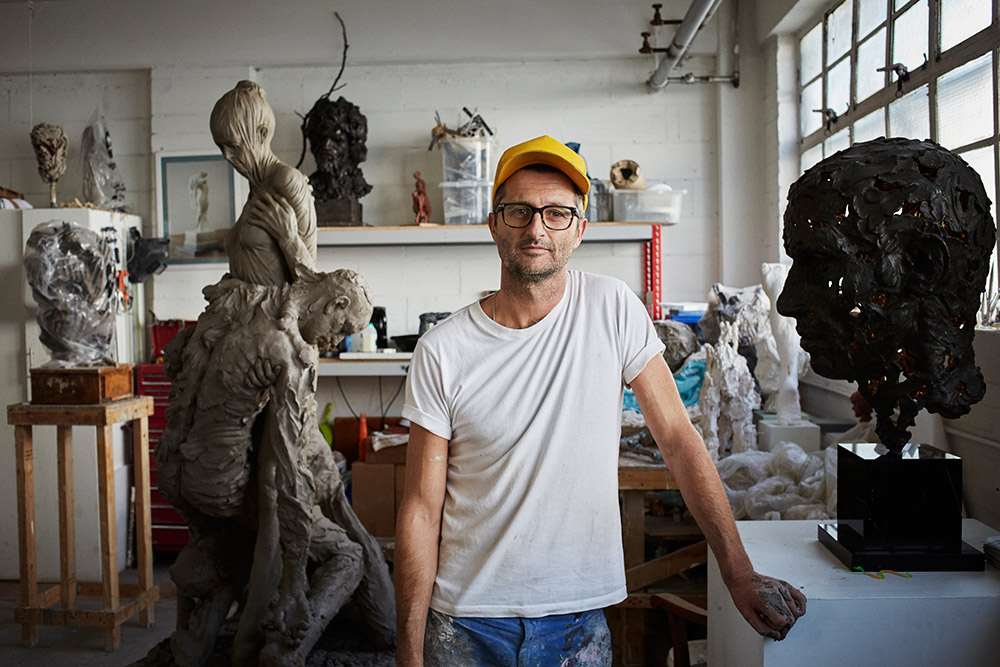 Were people you photographed happy to let you into their space? were they protective?
I’d been photographing women with their babies on the day they were born around Hackney for five years for another project called One Day Young when I started The Hackney Studio series, so from that experience I felt pretty confident people would let me into their work spaces. It was their choice to become part of the project so I guess I wouldn’t of been handed their name unless they were into the idea. I can’t say I ever felt anyone was protective of their space, I work alone with minimal kit so I’m not a very threatening figure when I appear on my bike! 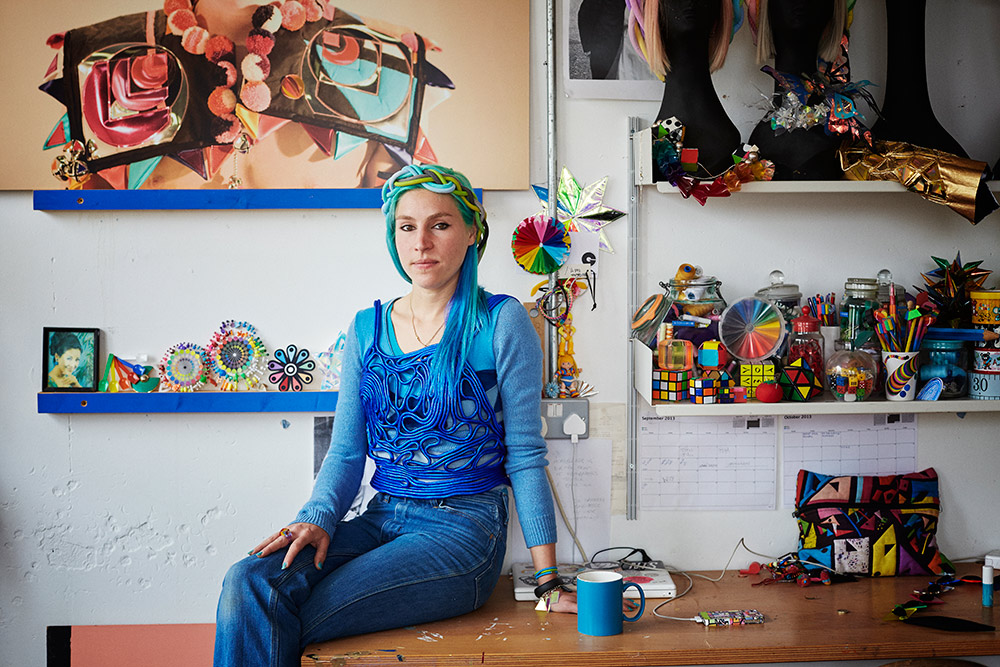 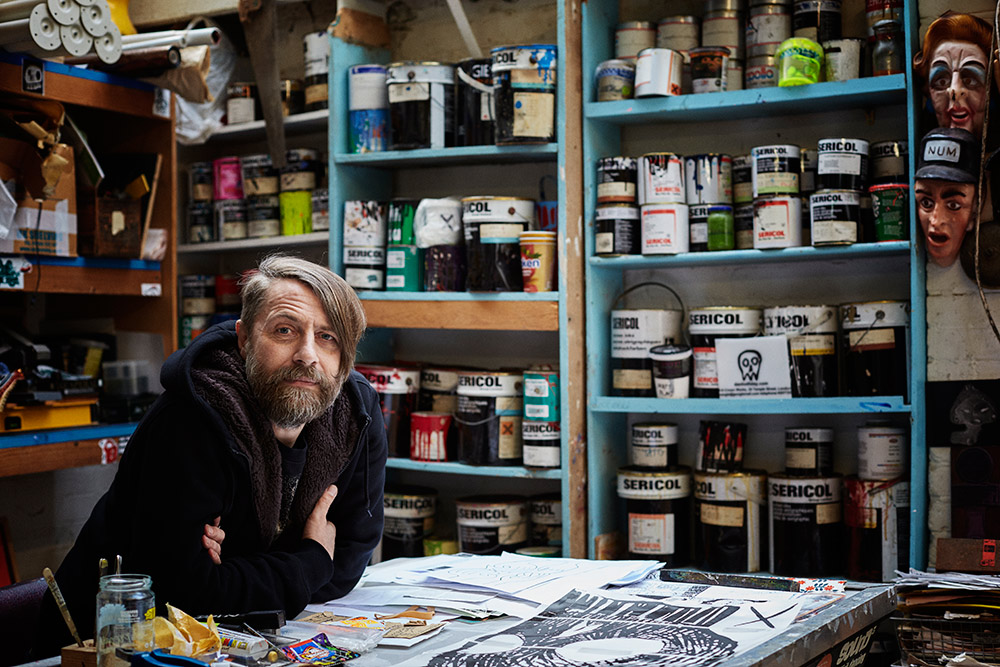 Why did you want to shoot it as a network on recommendations?
I was fascinated in the creative scene in this community and apart from the cheap rent it was something I wanted to immerse myself in when I moved here. Coming from a small town in Essex totally barren of culture it felt like a living breathing wonderland …to cycle around hackney and see the characters that lived side by side here was inspiring.

Twenty years on and I’ve been able to open the crack and let you all have a peak at what’s going on. I would never be arrogant enough to come up with a list of creatives I thought represented the borough, I wanted to hand over control.

This approach of course made it much more exciting for me to reach further and find people I had never heard of, as well as avoiding any clichés. It felt like there was a soul running through the project as the nominations were personal recommendations, so there were threads of authenticity running from one person to the next, real friendships and bonds being celebrated. 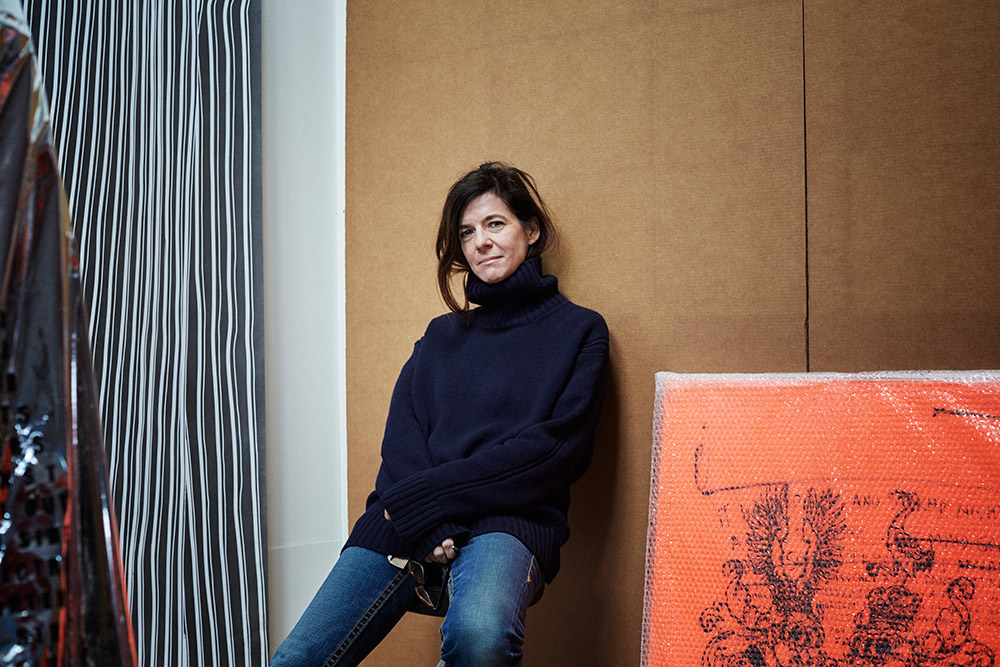 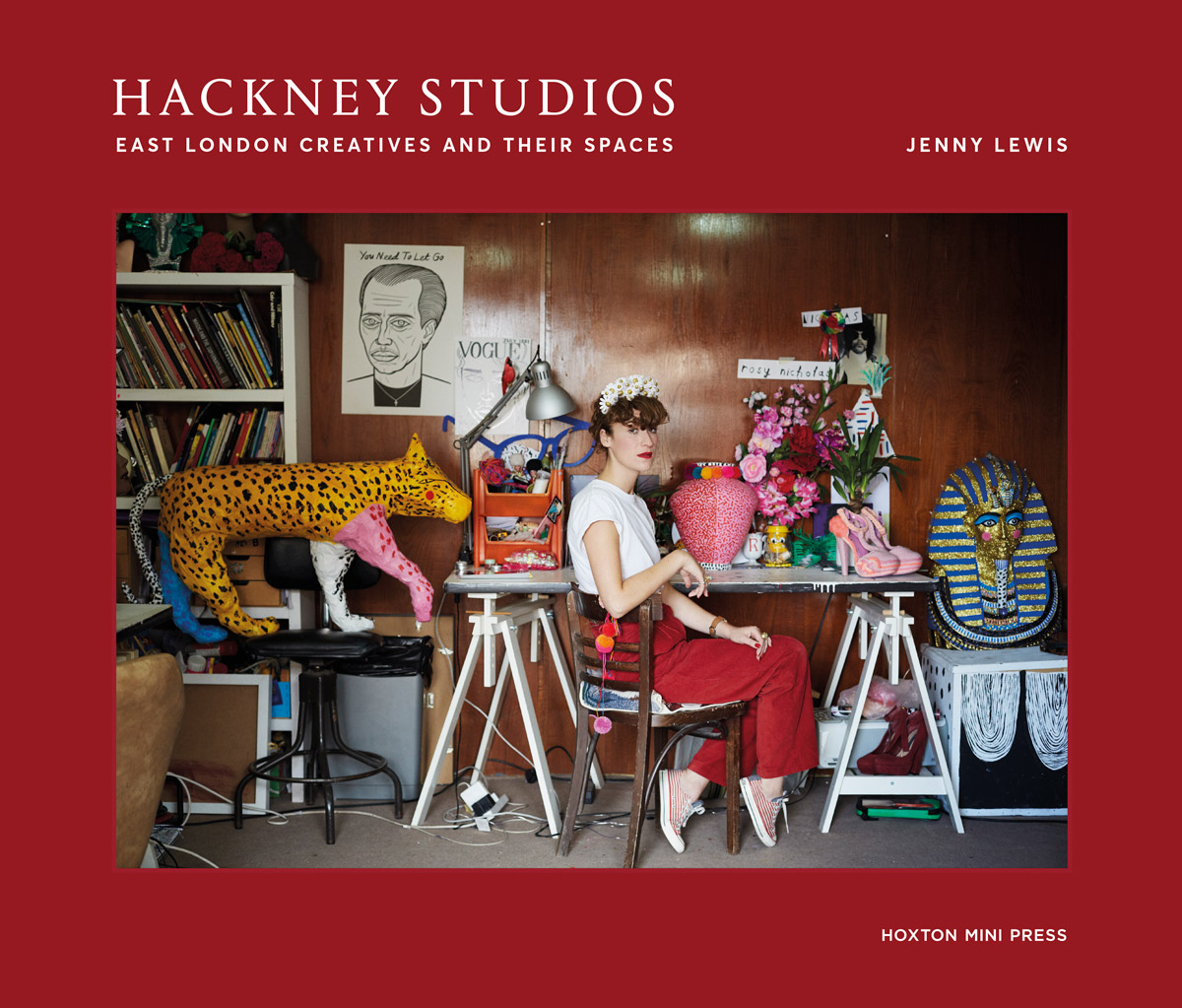 Linkedin
RELATED ARTICLES
OTHER ARTICLES
Yohon Tatum, aka Legendary Father of the House of Tisci, reflects on nurturing a new generation of talent.
A new law change is enabling Britain’s donor-conceived children to know the truth about their origins – but campaigners say the fertility industry must do more to protect people.
Activists and campaigners are fighting back against new laws that would seriously undermine the ability to take industrial action, calling it an attack on fundamental workers' rights.
The pro skateboarder withdrew from the 2020 Olympic Games so he could come out as trans. Now, he’s hoping to encourage others to live as their authentic selves – within the sport and beyond.
After building his reputation covering the US civil rights movement in the 1960s, the photographer went on to produce some of the most enduring images of the past century.
After fleeing the war in Ukraine, people are finding it impossible to secure affordable and decent housing in the UK.