Art & Culture / Photography / ‘These days, you don’t hear a sound’ 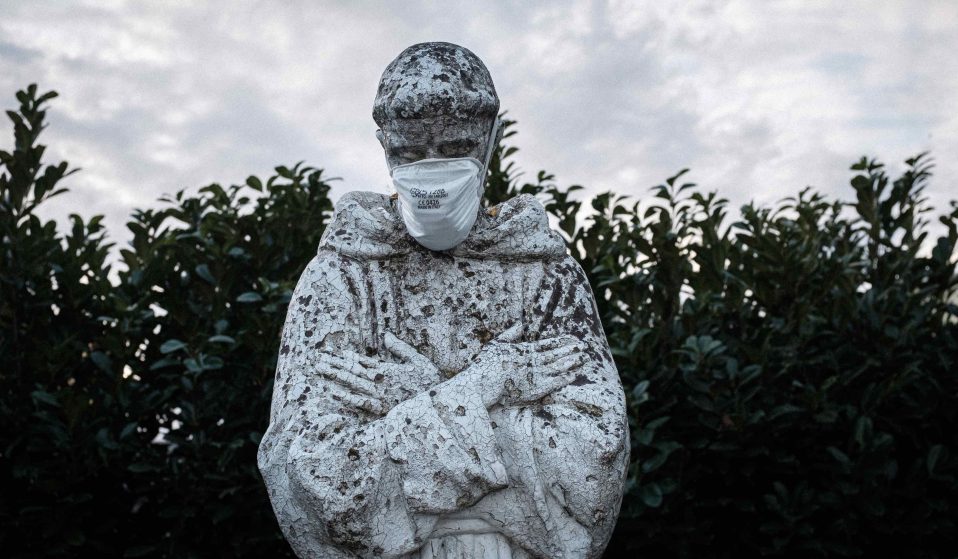 Photographer Marzio Toniolo documents daily life in Lombardy: the heart of the country’s coronavirus outbreak. After eight weeks of lockdown, has anything changed?

Photographer Marzio Toniolo documents daily life in Lombardy: the heart of the country’s coronavirus outbreak. After eight weeks of lockdown, has anything changed?

“In my neighbourhood, life passes slowly and calmly. We’re surrounded by countryside and sometimes you can hear the birds singing more than the sound of cars. Time is marked by the tolling of church bells. Before everyone worked and in the afternoon the kids went to play football nearby. Usually, you heard only the voices of children playing. These days, you don’t hear a sound.”

Photographer Marzio Toniolo lives in San Fiorano – 2km from the town of Codogno, Lombardy – where the first case of COVID-19 was detected in Italy. As the first European country to impose a nationwide lockdown in response to the coronavirus pandemic, Lombardy has been the hardest-hit region.

“The day after the recovery of the first patient [on February 20], we were included in a list of 10 places called Zona Rossa (‘Red Zone’), and the streets were closed by the military with checkpoints,” explains Toniolo over email. “This containment measure lasted around 20 days, then it was extended to the whole of Italy.”

The town of San Fiorano (population 2,000) is like many small Italian centres, where everyone knows everyone and the community is tight-knit, like family. “We love each other, we hate each other, but the pain creates really strong unions,” says Toniolo. “Every time someone dies, even if it’s not my relative, there’s a small piece of my heart that goes with them. It hurts.” 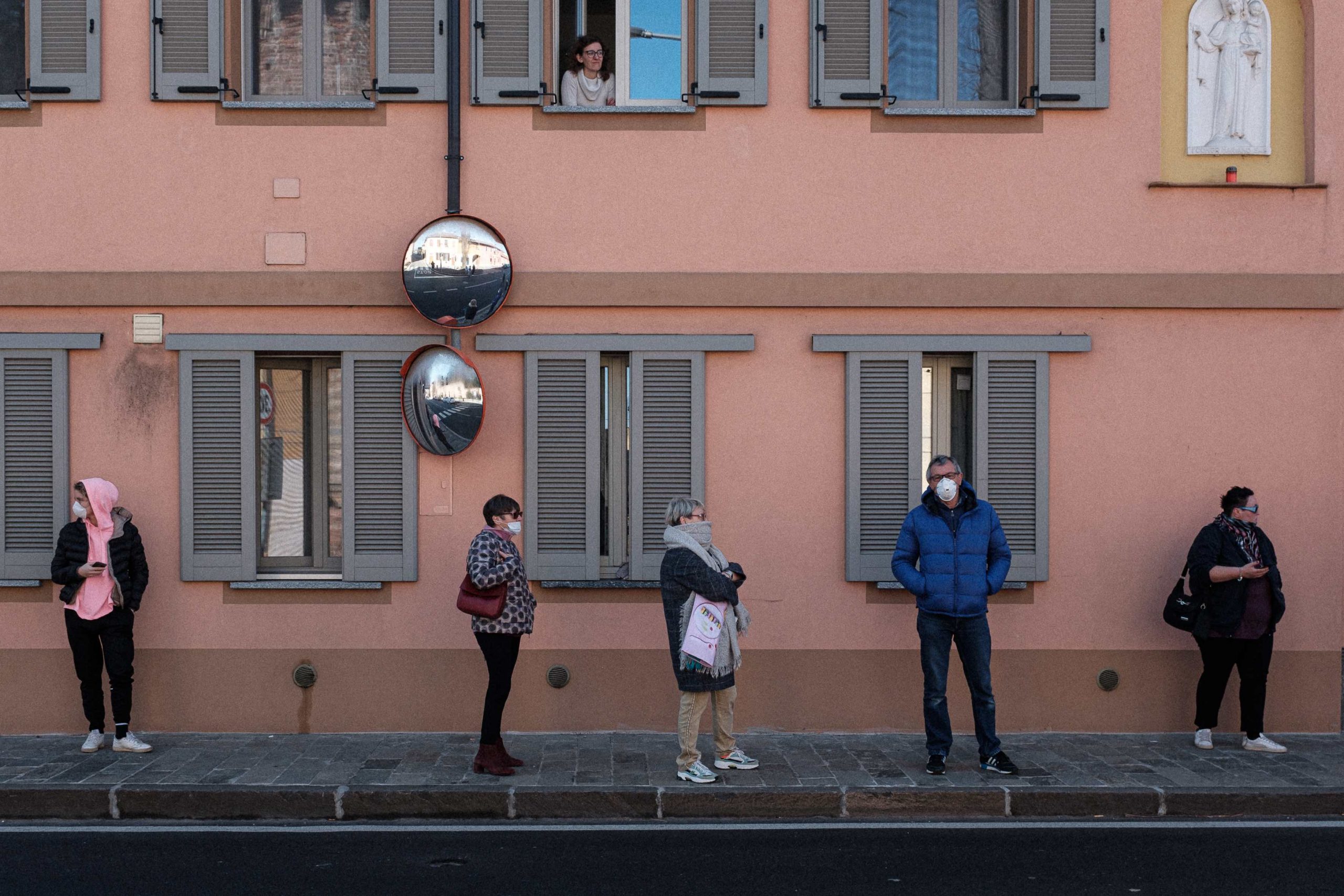 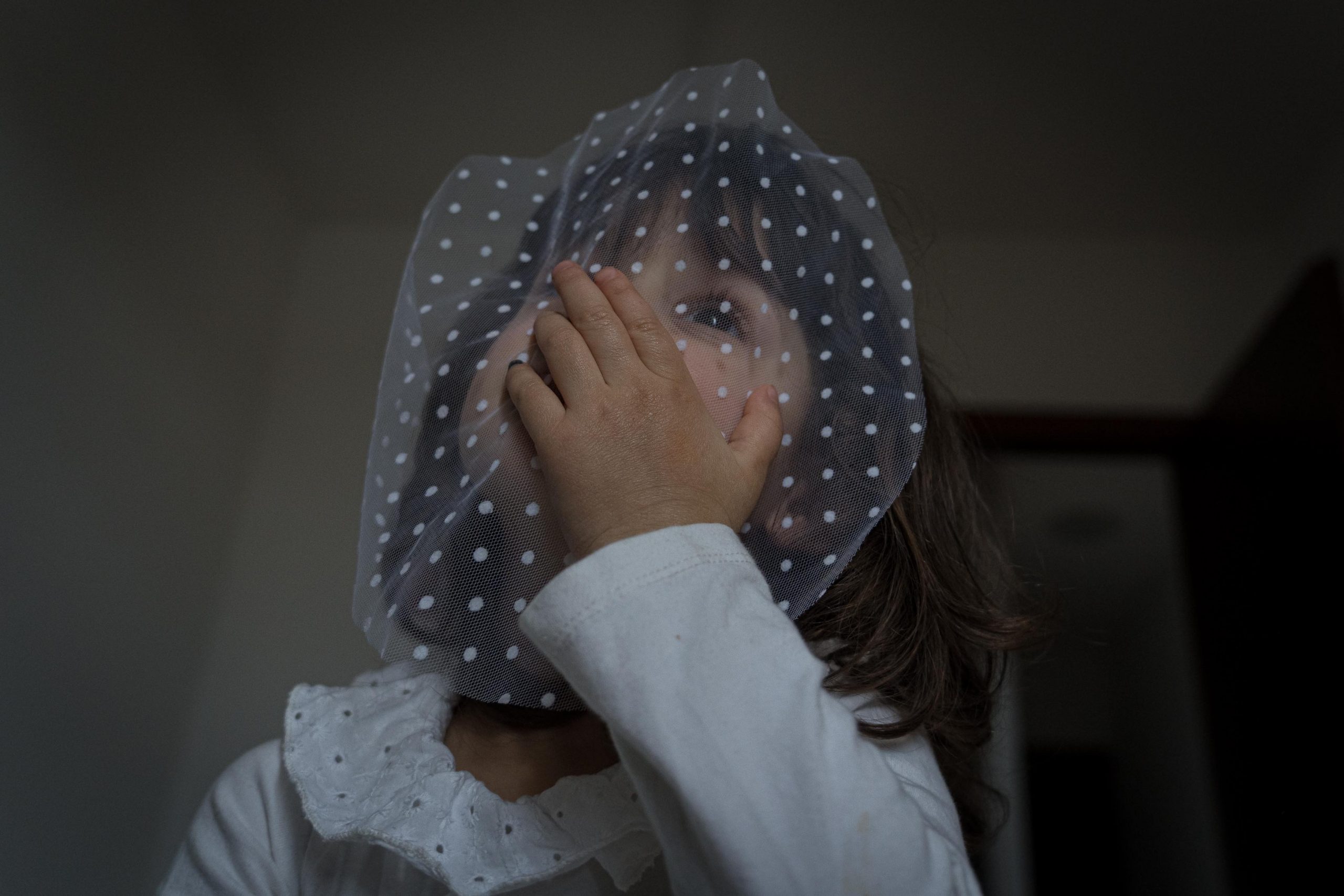 When the first lockdown was imposed in late February, San Fiorano was encircled by law enforcement which meant nobody could leave the area. Activities were cancelled and non-essential businesses shut down – but in general, Toniolo says you could move quite freely inside the area.

However, as the death toll rose the restrictions tightened. “It soon became clear we were facing something very dangerous and it wasn’t underestimated,” explains Toniolo. “When all of Italy became designated a ‘red zone’, it was decided that people were to move as little as possible, if not for urgent necessity or for work.”

Now, the town is almost unrecognisable. Military checkpoints line the main roads, residents are required to carry permits wherever they go to attest to the necessity of their outings, and anyone who doesn’t follow the rules faces fines or even arrest. While every so often cars pass, the rest of the time an unsettling silence descends on San Fiorano.

“In the past days we heard many ambulances, day and night, but lately less frequently,” says Toniolo. “In general – as in all of Italy – you avoid going out.” 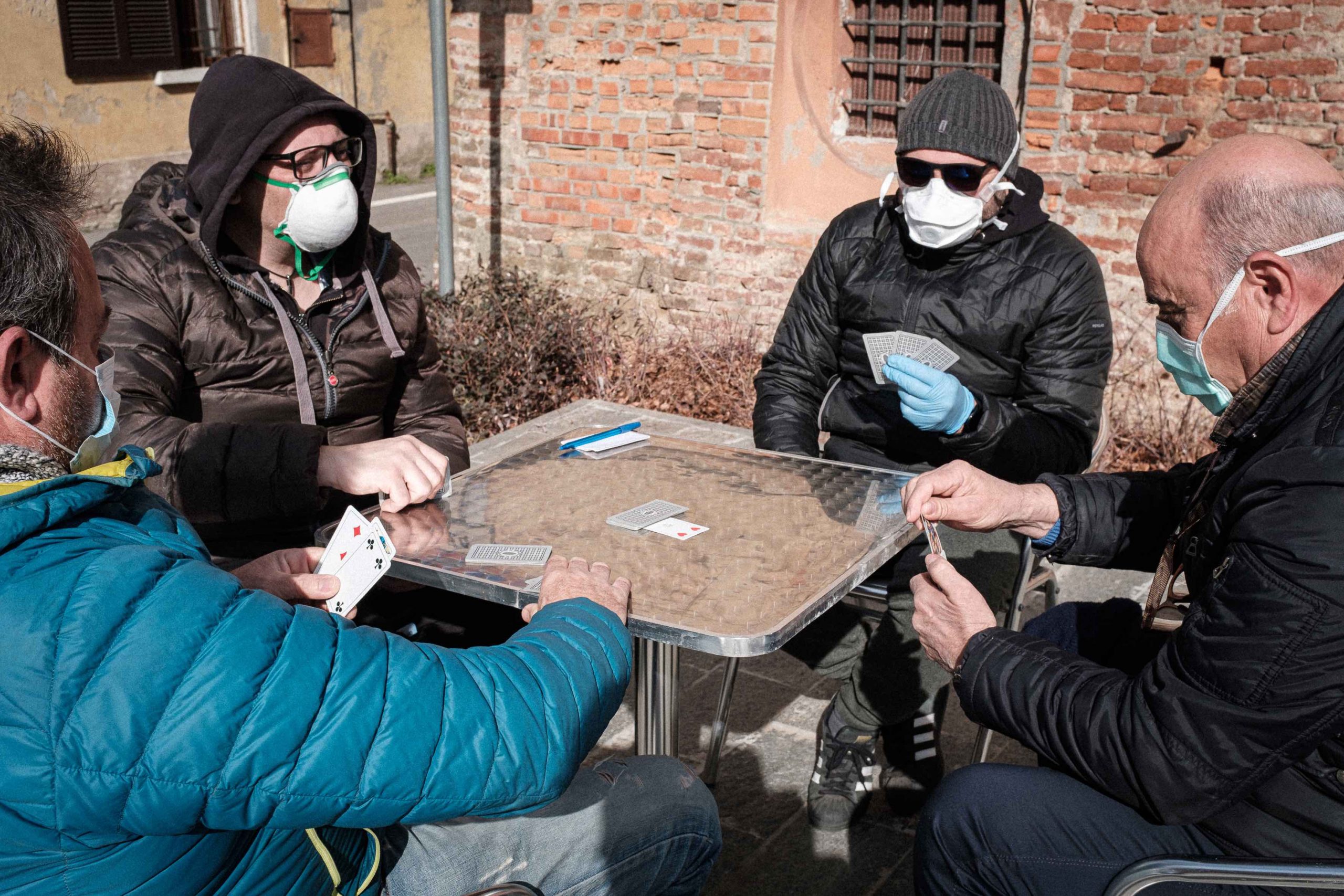 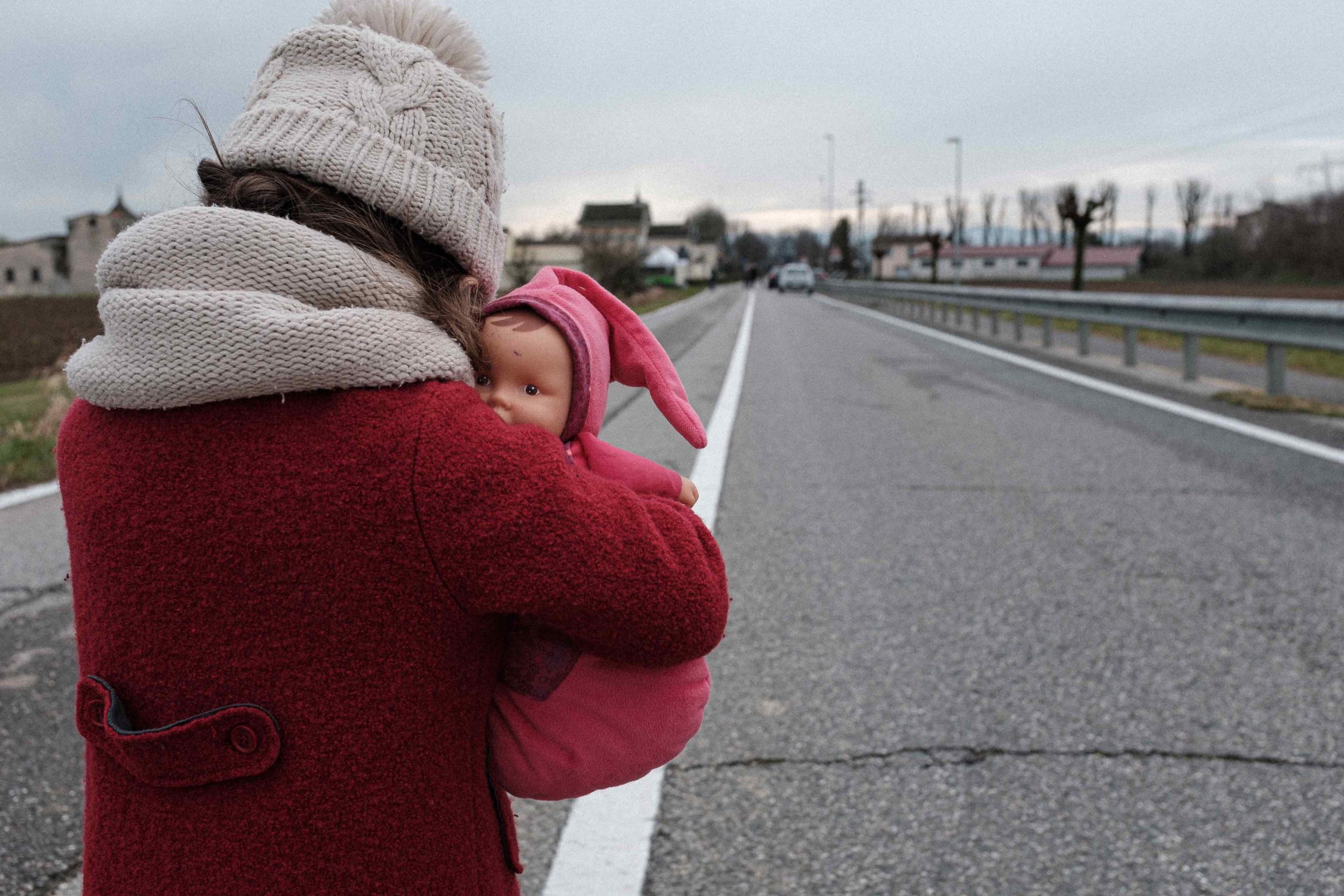 Since the lockdown began, Toniolo has been documenting his daily life at home. Initially, Toniolo began this project out of a need to occupy his time and keep distracted – as well to keep his spirits up. “While inside, the documentary part of my work has been replaced by more introspective researching,” he says.

Each day, Toniolo picks up his camera and photographs his immediate family, who he shares his home with: his granddad, who is always in the armchair watching TV; his grandma, who spends her days making homemade pasta, sweets and cakes; his wife Chiara and their daughter Bianca, who is three years old. Both Toniolo and his wife are teachers at a nearby elementary school and, like many schools, their lessons have now been moved online.

The photos – which he hopes will serve as a tangible memory to his family – capture the intimate details of lockdown life, revealing a fragility and tenderness in light of these global events. His grandparents sleeping side-by-side as a dagger-shaped strip of light strikes the wall above them; his grandmother brushing his daughter’s hair; a bike ride with his wife.

Since posting the first photos on social media, Toniolo has received encouragement from others to continue sharing, which has propelled a greater sense of purpose in what he’s doing. He says: “For those who lived far away and were still yet to face this situation, the photos helped them prepare themselves for how best to face it. And I realised I was making myself useful for others, and it was important.” 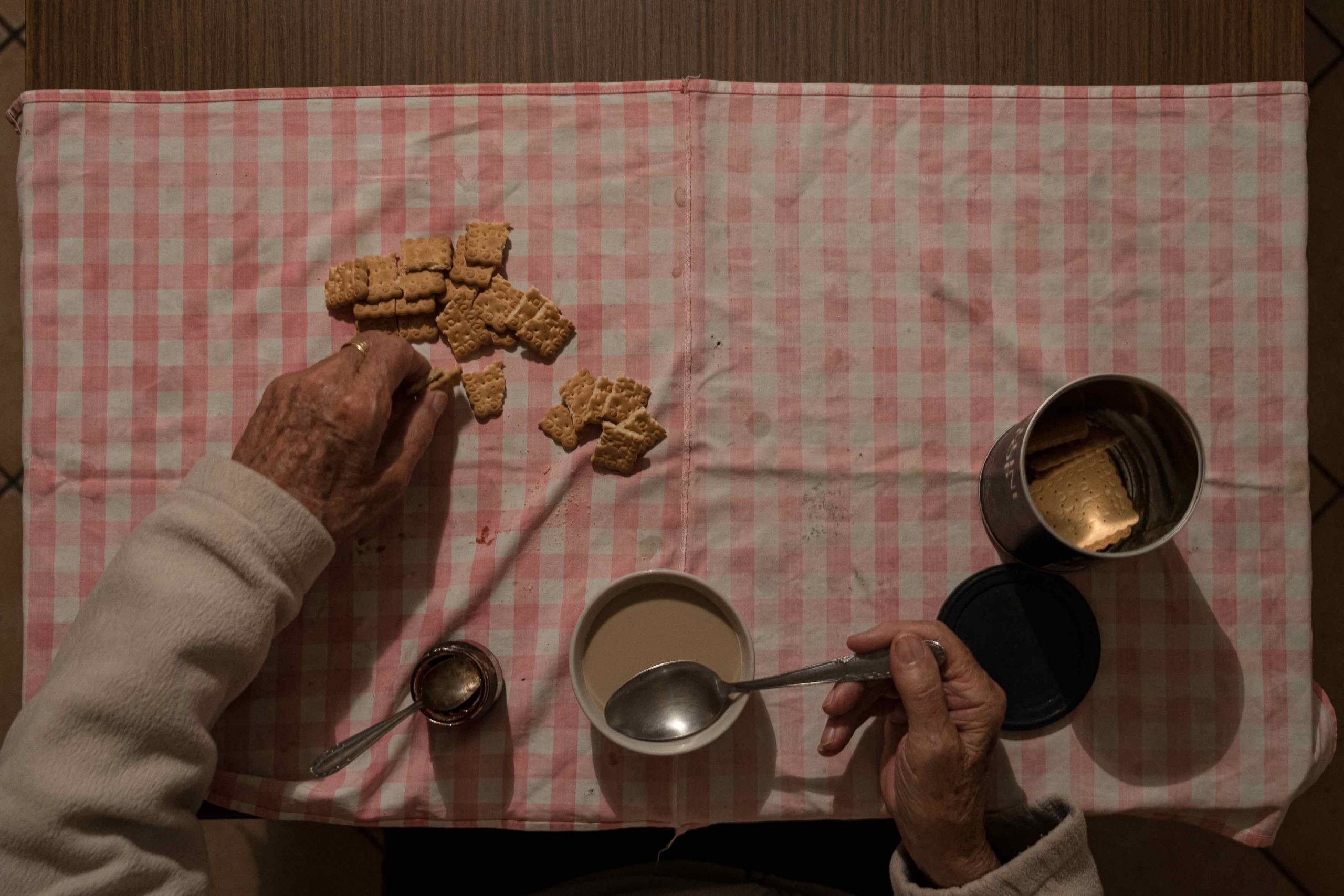 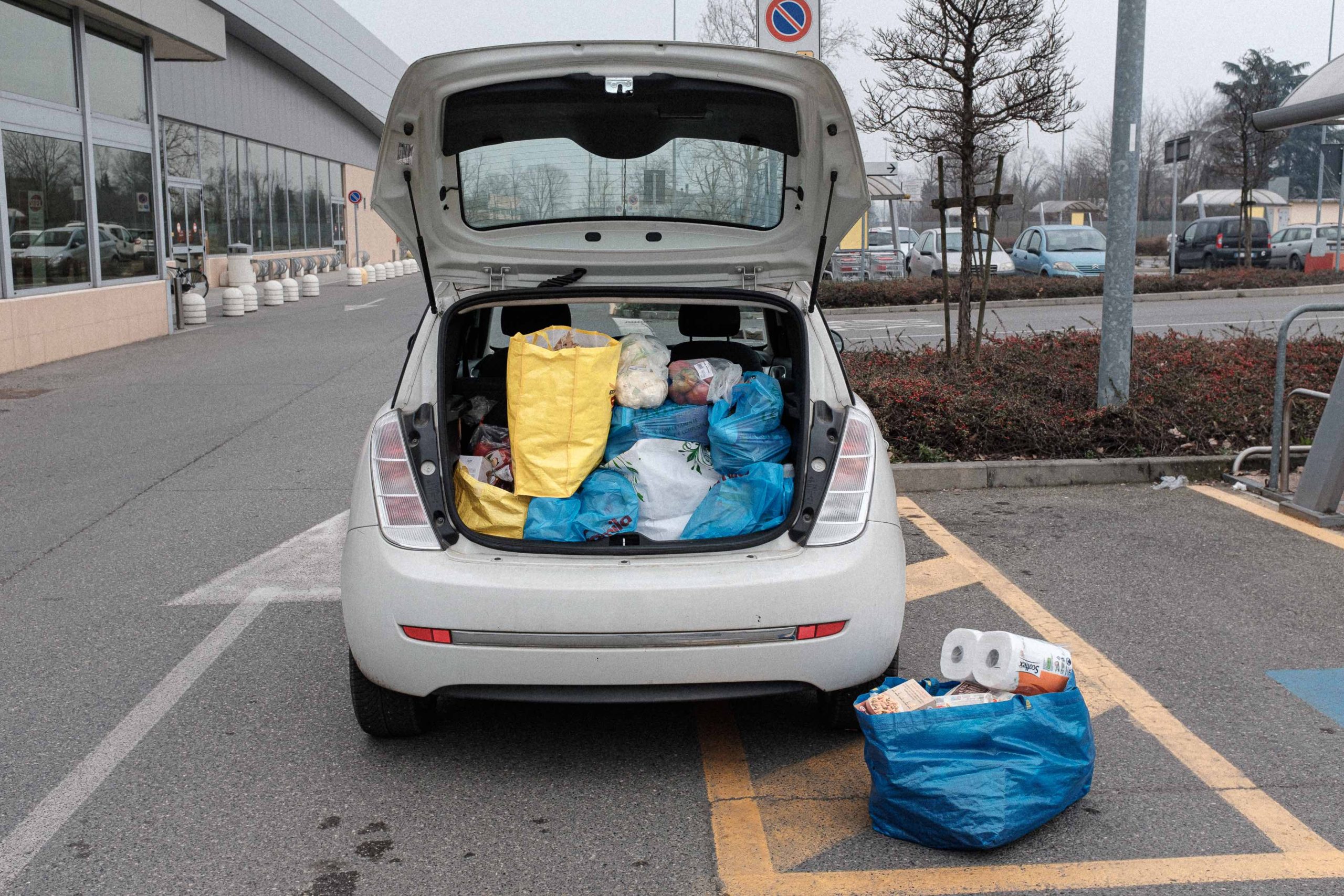 By nature, Toniolo considers himself an optimist and despite the tragedy of the situation, he is becoming aware of a deeper sense of solidarity between Italians. In the days preceding the official lockdown, he noticed that, because of the absence of cars, people were rediscovering the pleasure of living on the street.

“We found ourselves walking everywhere again, playing ball and running,” he says. “Humanity is again becoming a social animal. We need to stay together, to unite and make ourselves useful. Then, it so happened that this was one of the main causes of contagion. We needed to stay united in spirit but physically distant.”

“In the difficulty and in the pain Italy united like never before, even if often it was just people keeping up appearances. But even this time we will pick ourselves up again, like we’ve always done. And I hope we’ll be more united than ever.” 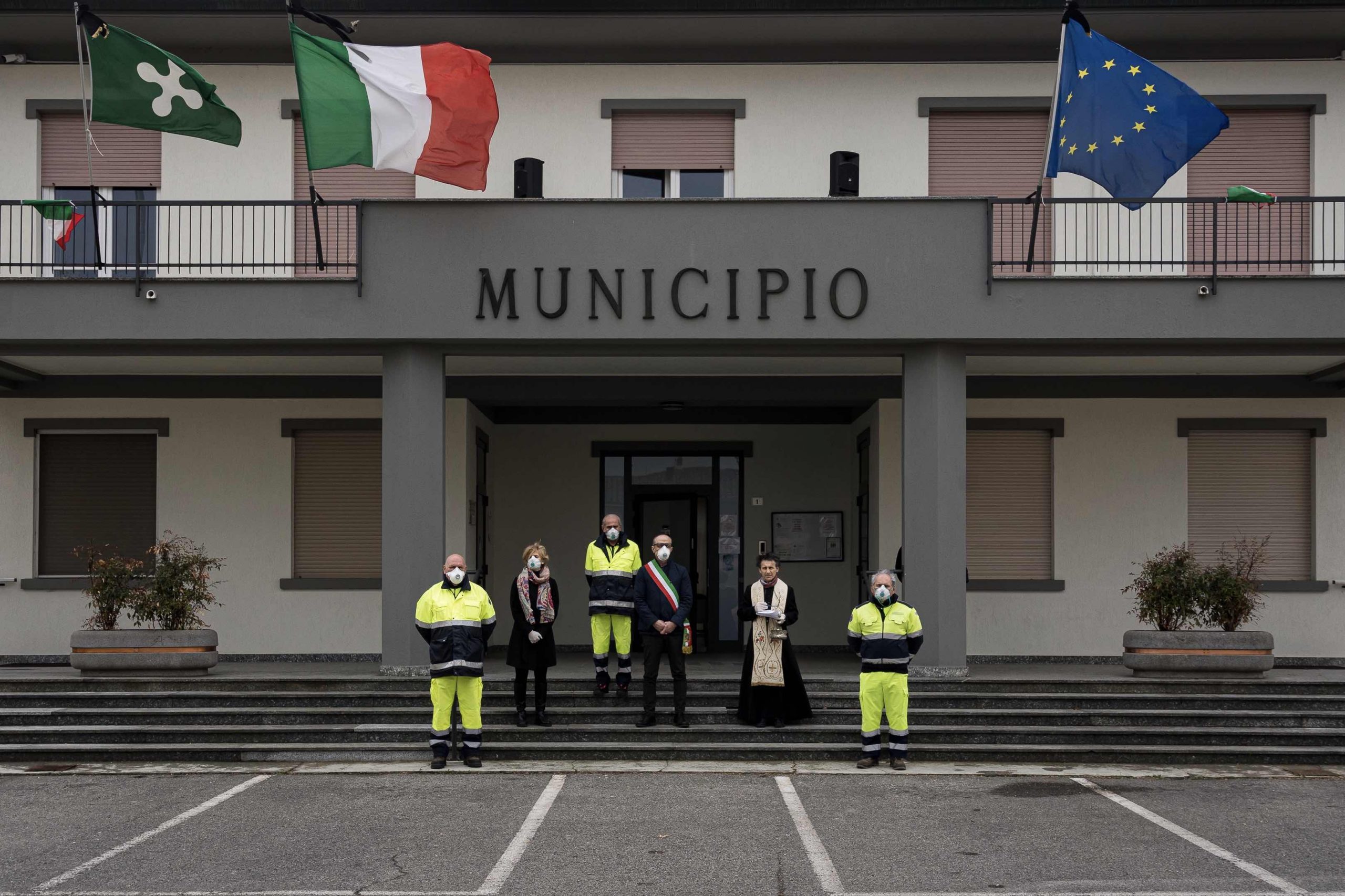 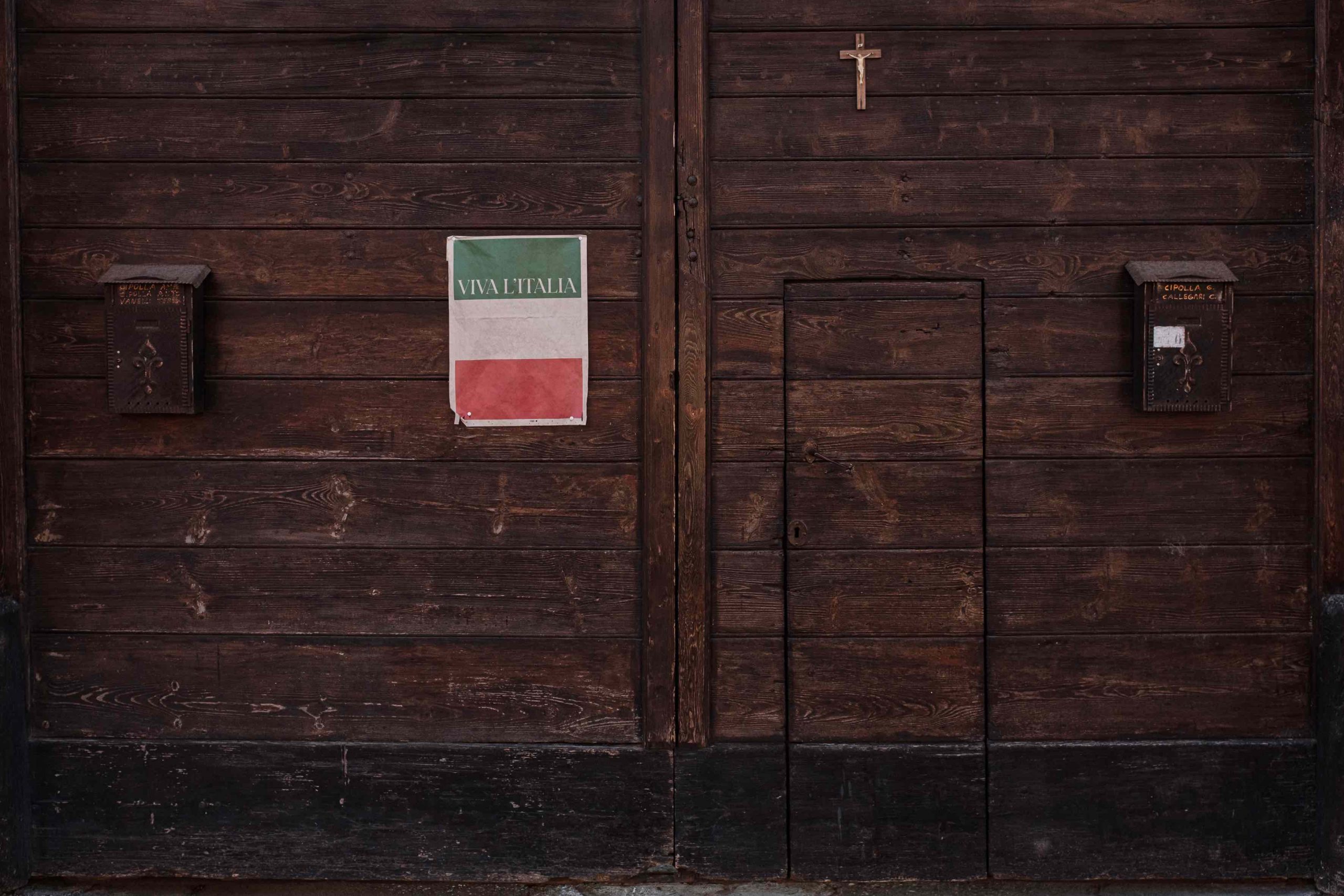 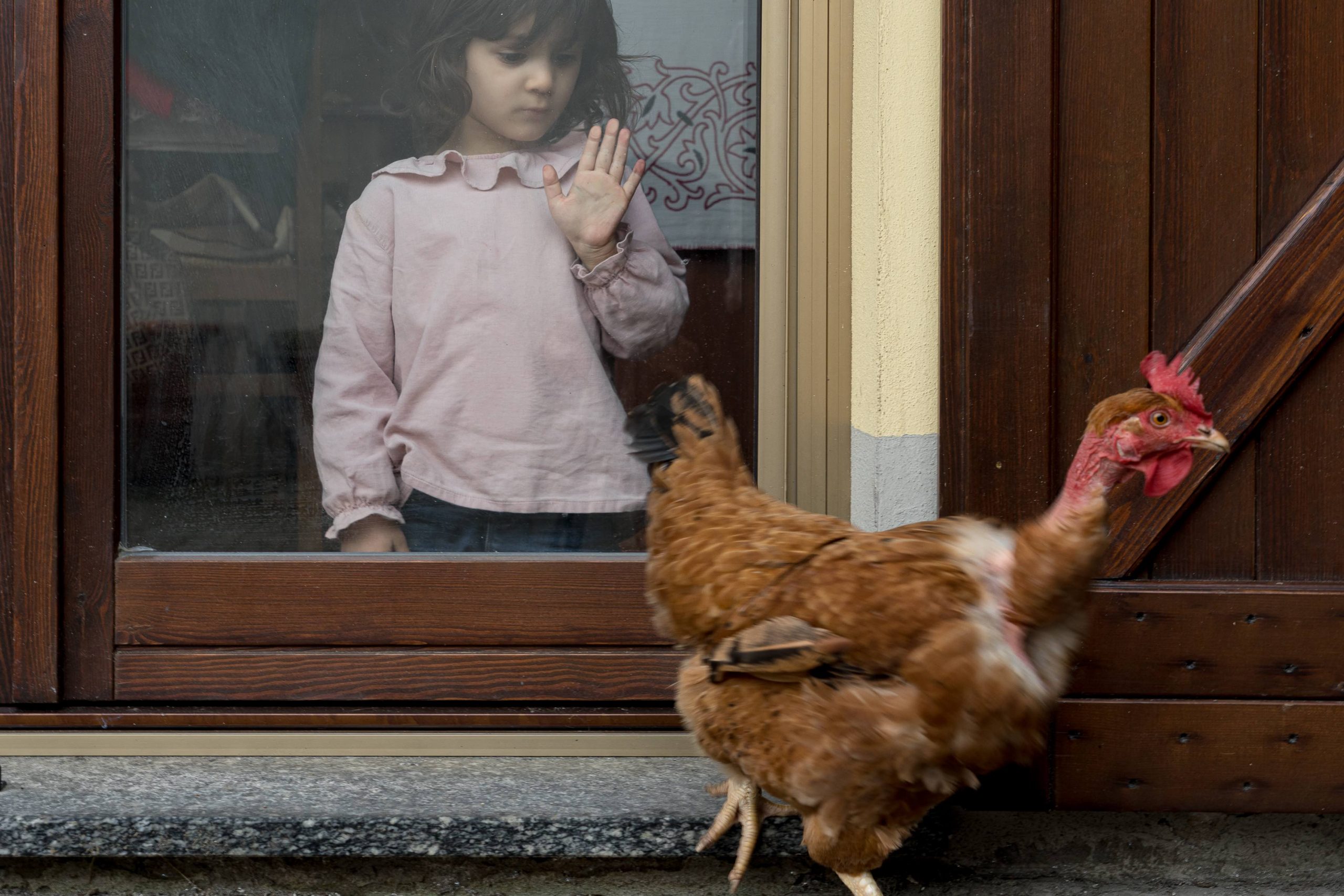 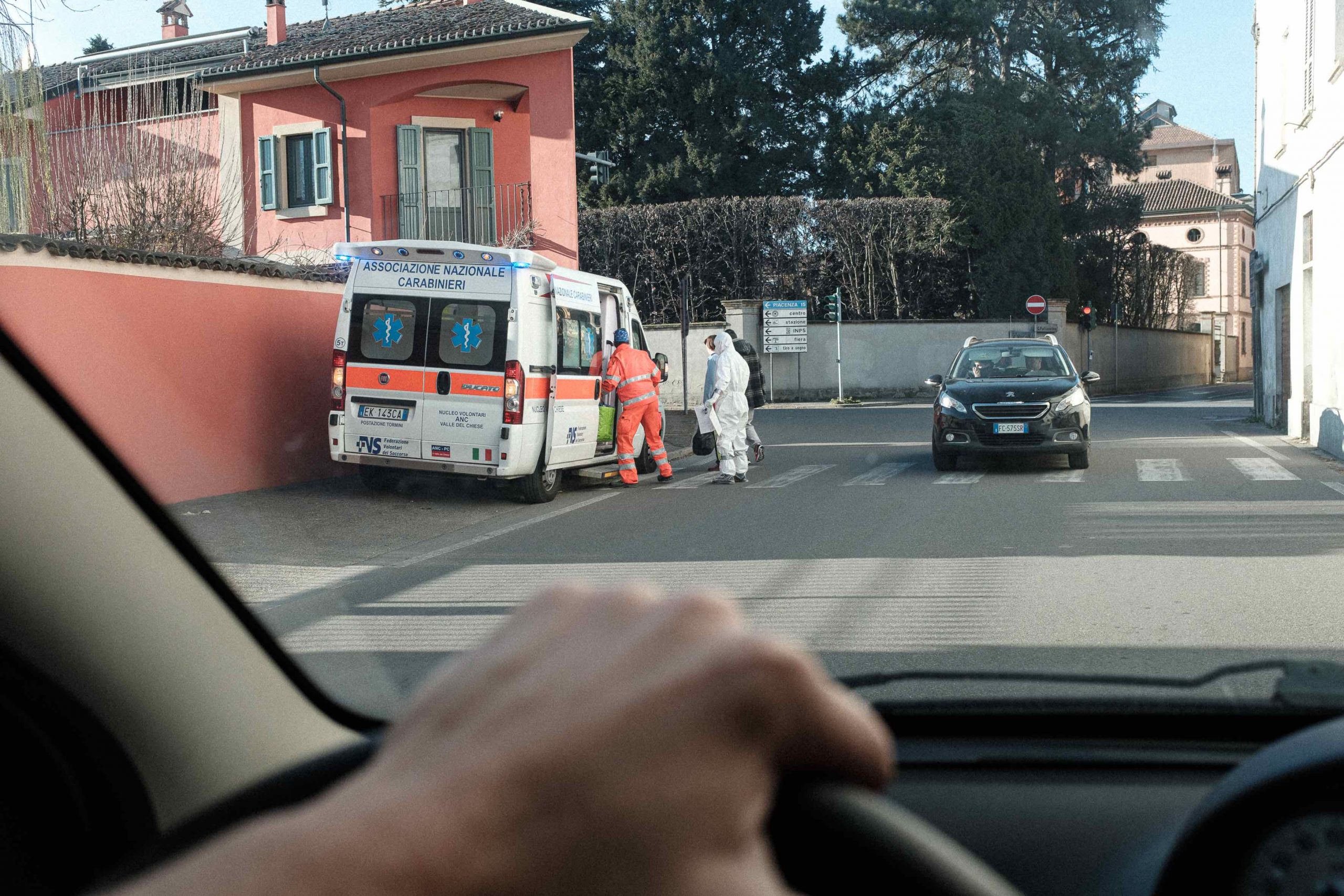 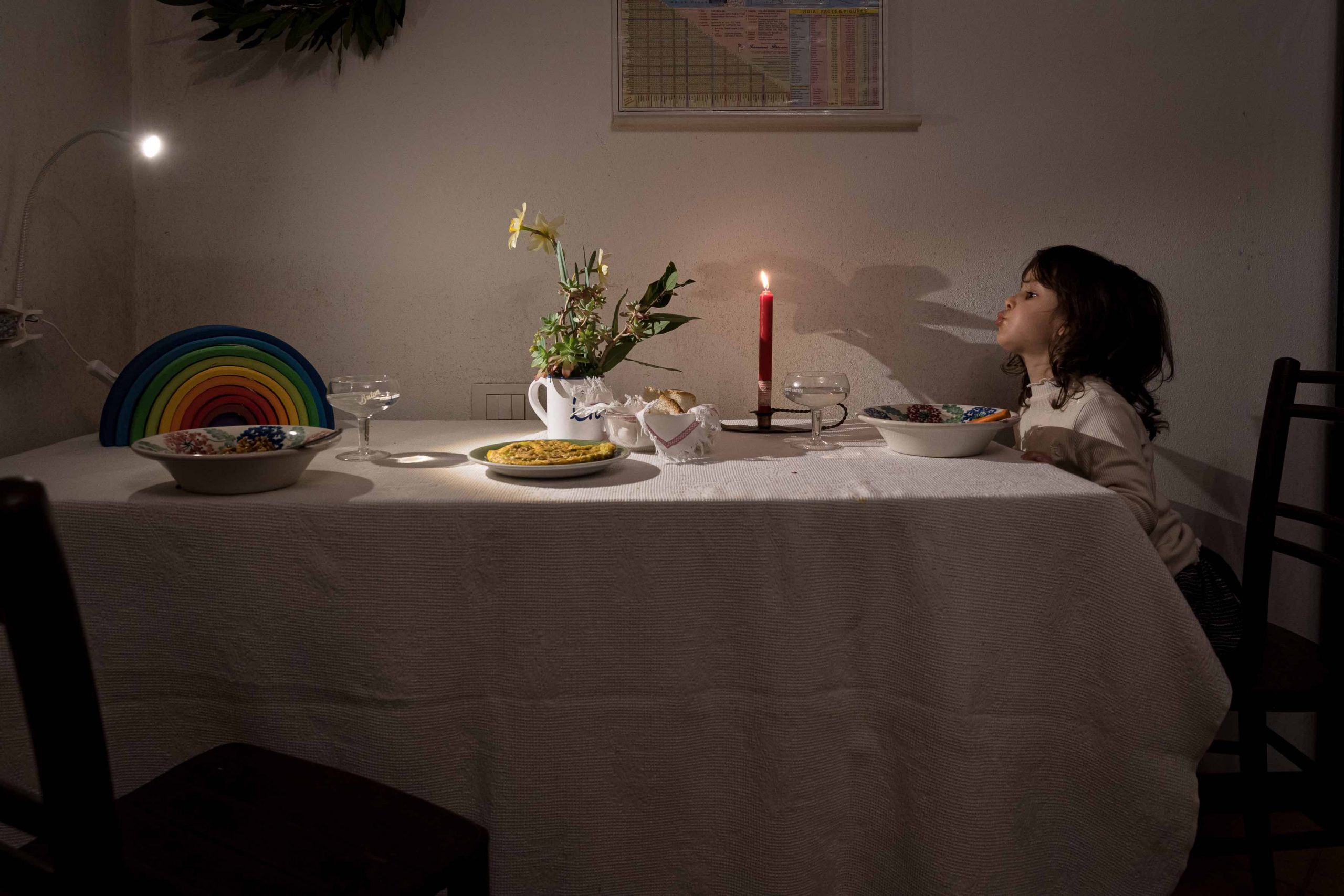 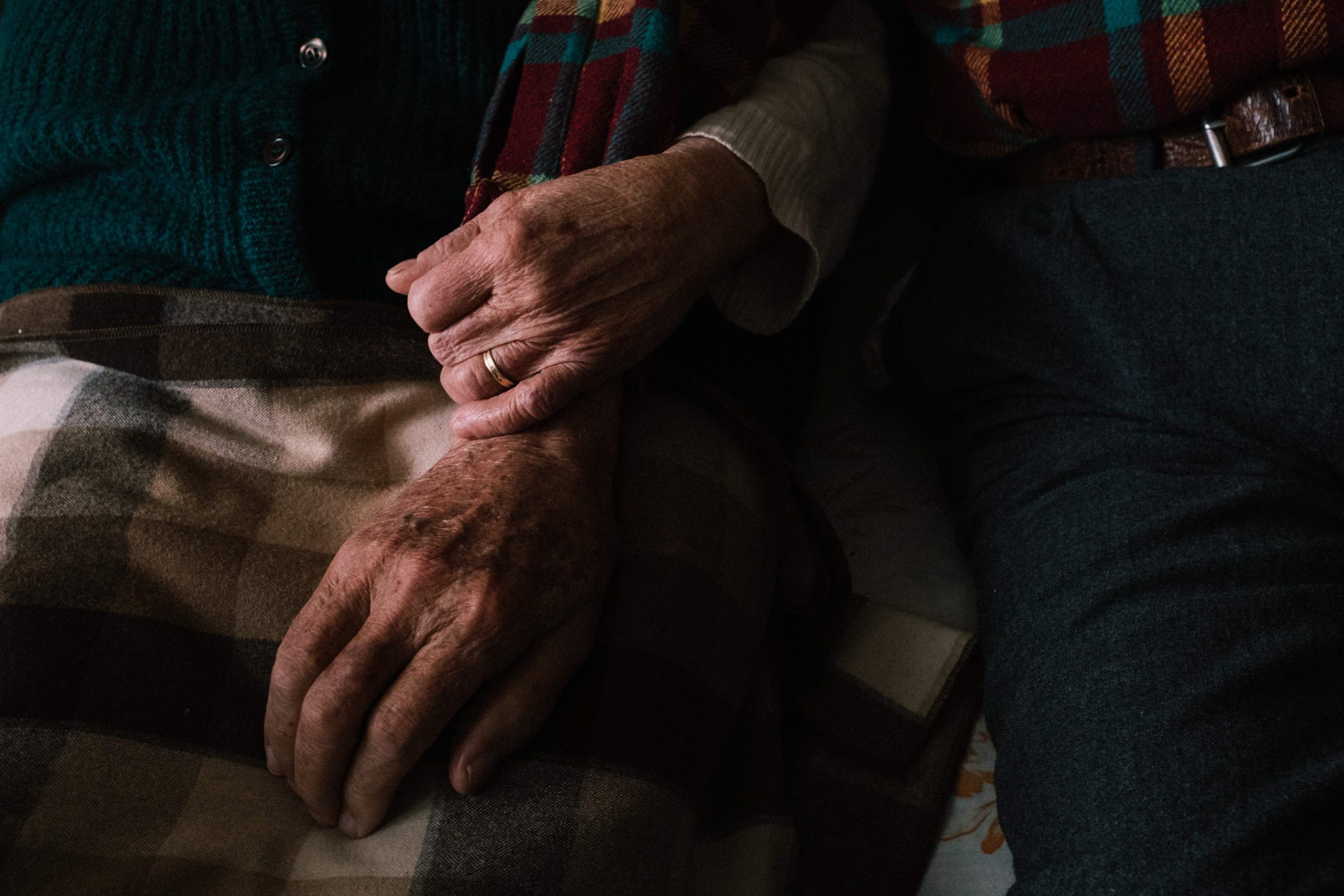 Linkedin
RELATED ARTICLES
OTHER ARTICLES
Financial turmoil is pushing people who work in the sex industry into more dangerous and desperate situations as a means of survival.
Thousands attended the annual event this year to wheelie through the city and call for ‘knives down, bikes up’.
In his 2008 series, the photographer pictured himself as Angela Davis, Martin Luther King Jr., Malcolm X, and other prominent figures.
Ahead of the release of their first collaborative album, the producer and rapper talk psychedelics and the state of UK hip hop.
Sean Maung’s photos are a love letter to the Black and brown communities that make up New York.
With skyrocketing rents, packed out viewings, bidding wars and more, renting in London has never been harder.