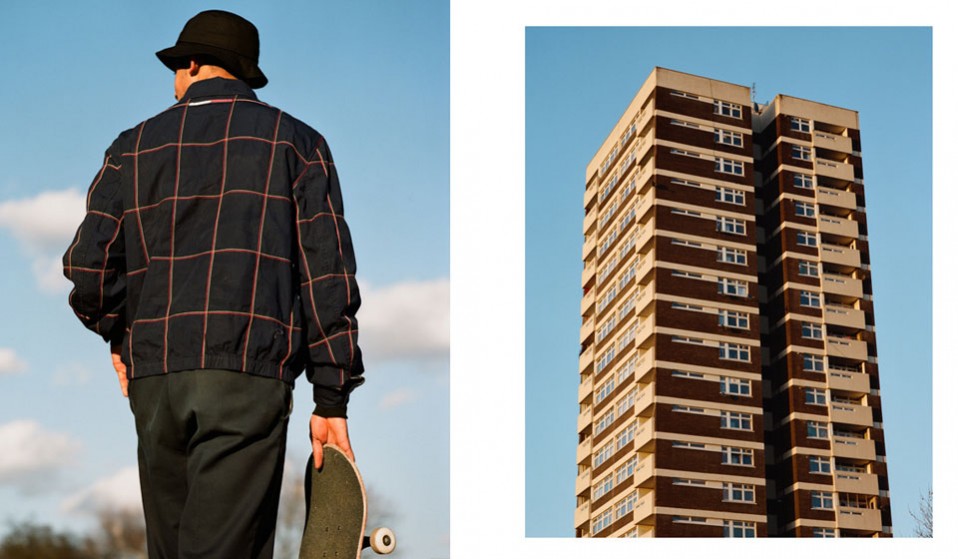 Mile End is a rare part of East London that remains still, largely, un-gentrified. It’s also home to one of the best skateparks in the city. A sprawling concrete-o-polis full of school kids, bad kids, hip kids, odd kids and old kids – a tinderbox of the diverse clientele of the borough.

Now it’s also the subject of a three-year portrait project by adopted local Pani Paul. Pani’s been skating and shooting the park since he moved to London and the resulting images, which have been collated into a book and exhibition – due to launch at 71a Gallery, Shoreditch, on November 26 – are an amorous reflection of the dynamic space.

Instead of hamming up the ‘gritty’ side of the park, Pani opts to capture his subjects serenely, almost suspended in motion, and offers another perspective on the played-out youth story.

What’s your connection with Mile End?
I skate there all the time haha and after three years I feel like a local.

When did you start shooting?
I started shooting there about three years ago but quite heavily over the last year.

What were you hoping to capture?
I guess I mainly did it to show appreciation towards the people there. I felt that these kids would just be stoked to have someone consciously take the time and put some work out that “immortalises” them (hate that word). Not everyone has to be a certain way to be considered interesting. A few people I took pictures of over the past few years are featured multiple times at different ages and have changed a lot. They remind me a bit of myself when I was a teenager. Mile End is not a “cool hype spot” it’s more just skate rats and teenagers, real characters rather than rich cool kids. I guess when I was young I would have been happy if someone took the time to show some recognition. 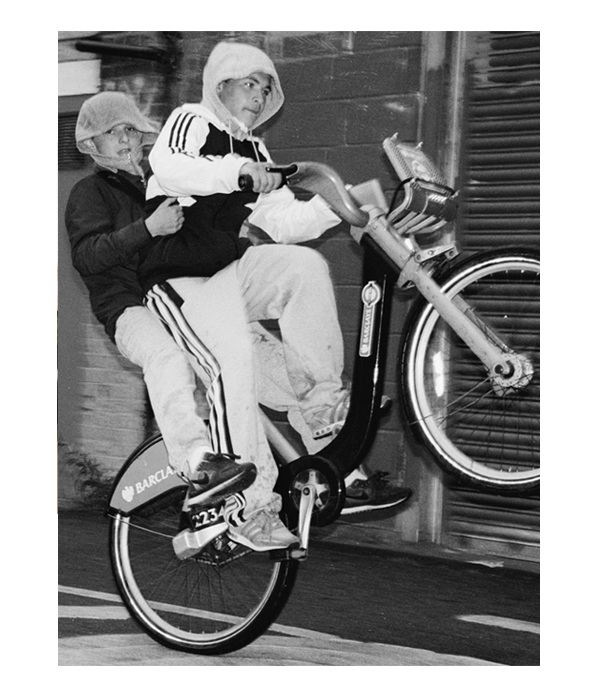 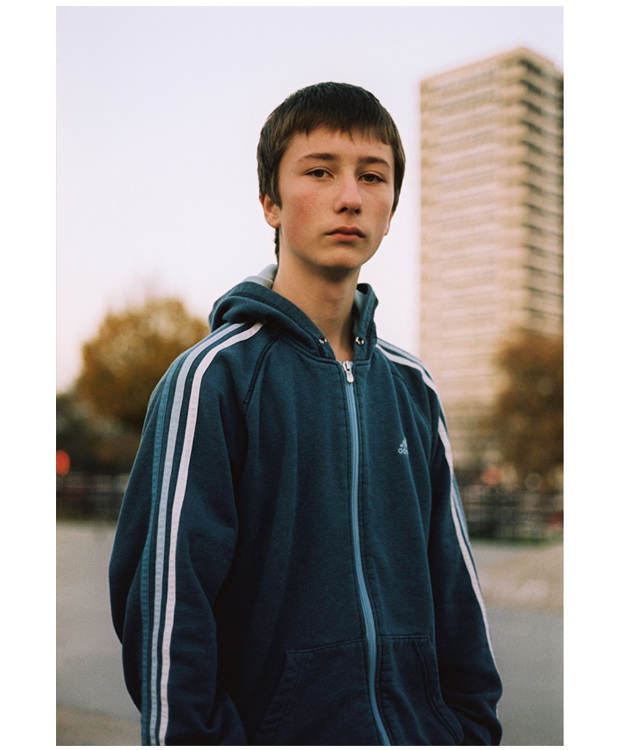 What do you think is special/interesting about Mile End?
I think it’s special for this project because it’s not just about locals. There is a heavy local scene and a lot of the pictures are of locals but also a lot of the pictures are just of people who visit the park or even people passing by the skatepark It’s not an intimidating environment and everyone is generally pretty friendly. But there are also pictures that were taken in Stratford, Walthamstow etc. So it’s not ALL Mile End. I’d also like to say something about Bryce and Carl [of on-site skate shop Parlour] and how much they support and help out the local kids by creating a safe environment where they can just be themselves.

How do you think the photos work together as a collection?
I focused purely on people who I though were interesting looking, so it’s very much portrait-based around different characters. 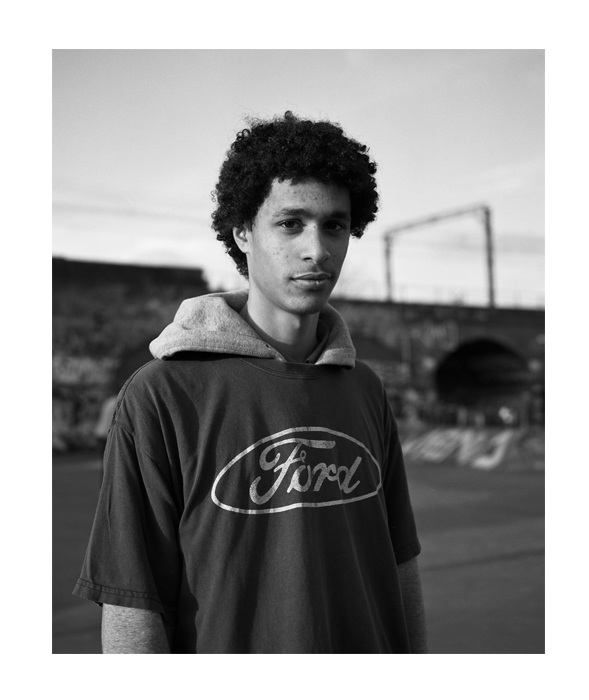 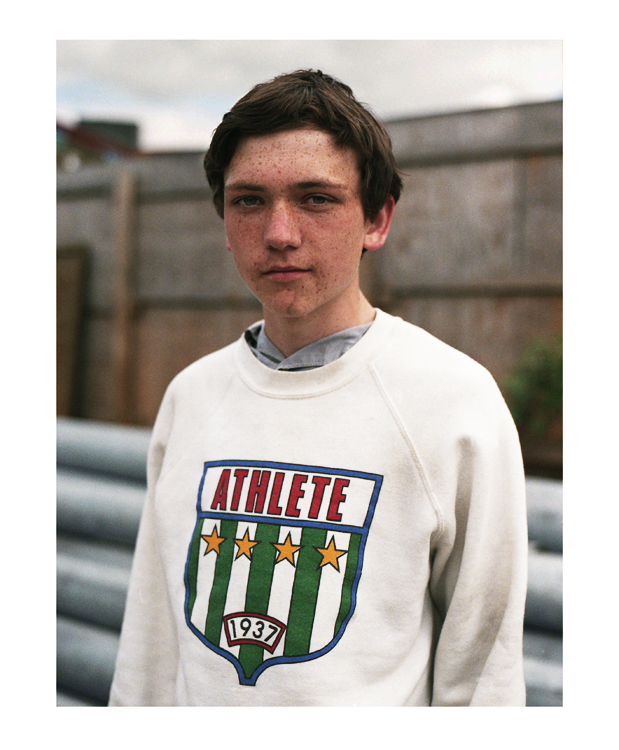 What do you hope the book shows viewers?
I am not trying to portray any message here really. It’s purely just a study of of people who I think are interesting. I guess the main focus is on the kids and not me as a photographer. They felt comfortable with me taking the pictures as I’ve been skating there for a few years and they trust me so the pictures aren’t too stylised. It’s also special because all the images are hand-printed directly from the negatives and the show will have a selection the original prints framed.

Pani Paul launches Mile End with an exhibition at 71a Gallery, London, on November 26. 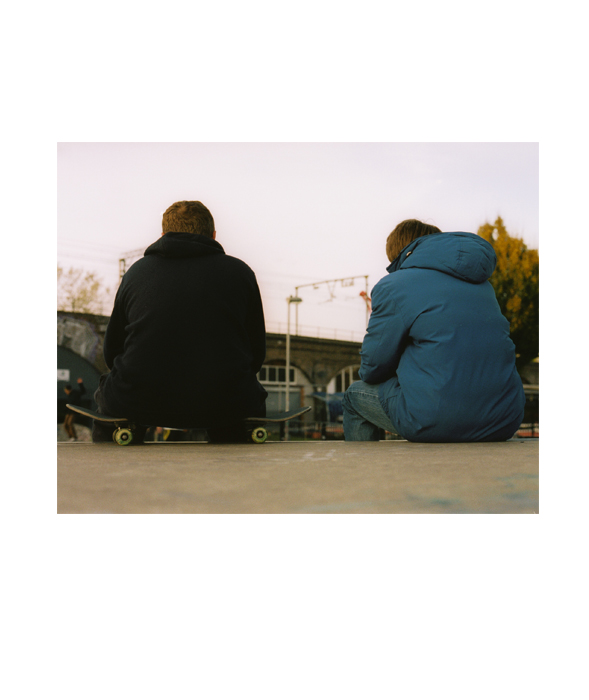 Linkedin
RELATED ARTICLES
OTHER ARTICLES
To celebrate the launch of Lucien Clarke's new pro Supra shoe, photographers James Edson and Daniel 'Snowy' Kinloch curate an exhibition of the mythical PWBC.
In the second of our three-part series following skateboarder Casper Brooker around the 2015 Nike SB Euro Series we get a glimpse into the unique London skate scene through the eyes of a local.
Huck rolled down to Mile End to chill with the guys at Parlour Skate Store.