Art & Culture / Photography from the margins that everyone should see 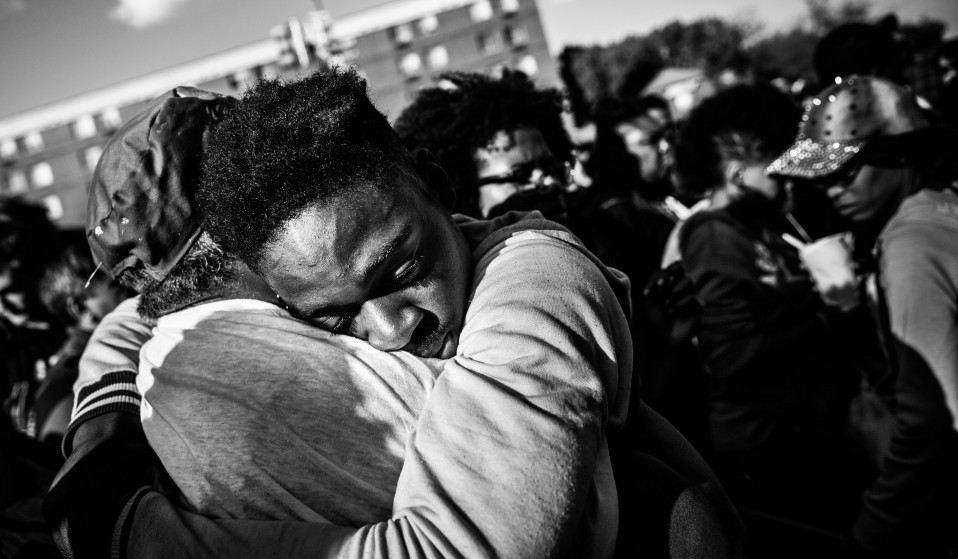 From victims of acid attacks in Iran to empathetic work on the refugee crisis, these are Huck's highlights from the world's largest photography competition.

From victims of acid attacks in Iran to empathetic work on the refugee crisis, these are Huck's highlights from the world's largest photography competition.

In the solitary pursuit that is photography, awards matter. And they matter today more than ever. For documentary photographers working on the frontlines, capturing stories of change before they pass, funding and exposure are unfortunate necessities of making it in the photojournalism game. But finding both, when you’re out in the field, can feel like an uphill battle, especially at a time when the media model is collapsing and freelancers are feeling the brunt of the blow.

Awards, in this sense, aren’t just about recognition; they’re about generating more work. And more work, in the documentary world, means more storytelling – more voices from the margins being heard – which in the digital age of conveyer-belt imagery is both vital and yet sadly rare.

The Sony World Photography Awards has been providing photographers with a platform for nine years. And this year’s finalists, drawn from a record-breaking 230,103 entries, are testament to the role that awards still play in the lives of professional and emerging photographers alike. From the L’Iris d’Or Photographer of the Year – the most prestigious title in the programme – and the Outstanding Contribution to Photography prize – justly awarded this year to Beijing art duo RongRong and Inri – to the Youth Competition Winners and Open Competition, recognition can be both the pinnacle of a career and the first trigger of a journey. But it’s not just the winning that counts.

“As a result of the exposure this generates, we have seen professional photographers go on to greater things, amatuer photographers being commissioned and student winners receive exhibitions and offers of residency programmes,” says Scott Gray, World Photography Organisation founder. “I hope that the winning work this year can provide an inspiration to other photographers, helping to push their creative boundaries, whilst also serving to build the wider appreciation of photography.”

The exhibition, curated by Zelda Cheatle and running at Somerset House 22 April – 8 May, is an opportunity for photographers to have their work seen outside the context of their usual sphere: news media photojournalists hang adjacent to fine art; bedroom practitioners sit next to big names. “In a show of this scale I would hope that everyone will find at least one story or image that will stay with them,” says Cheatle. “Choosing which work is your challenge.”

These are our personal highlights. 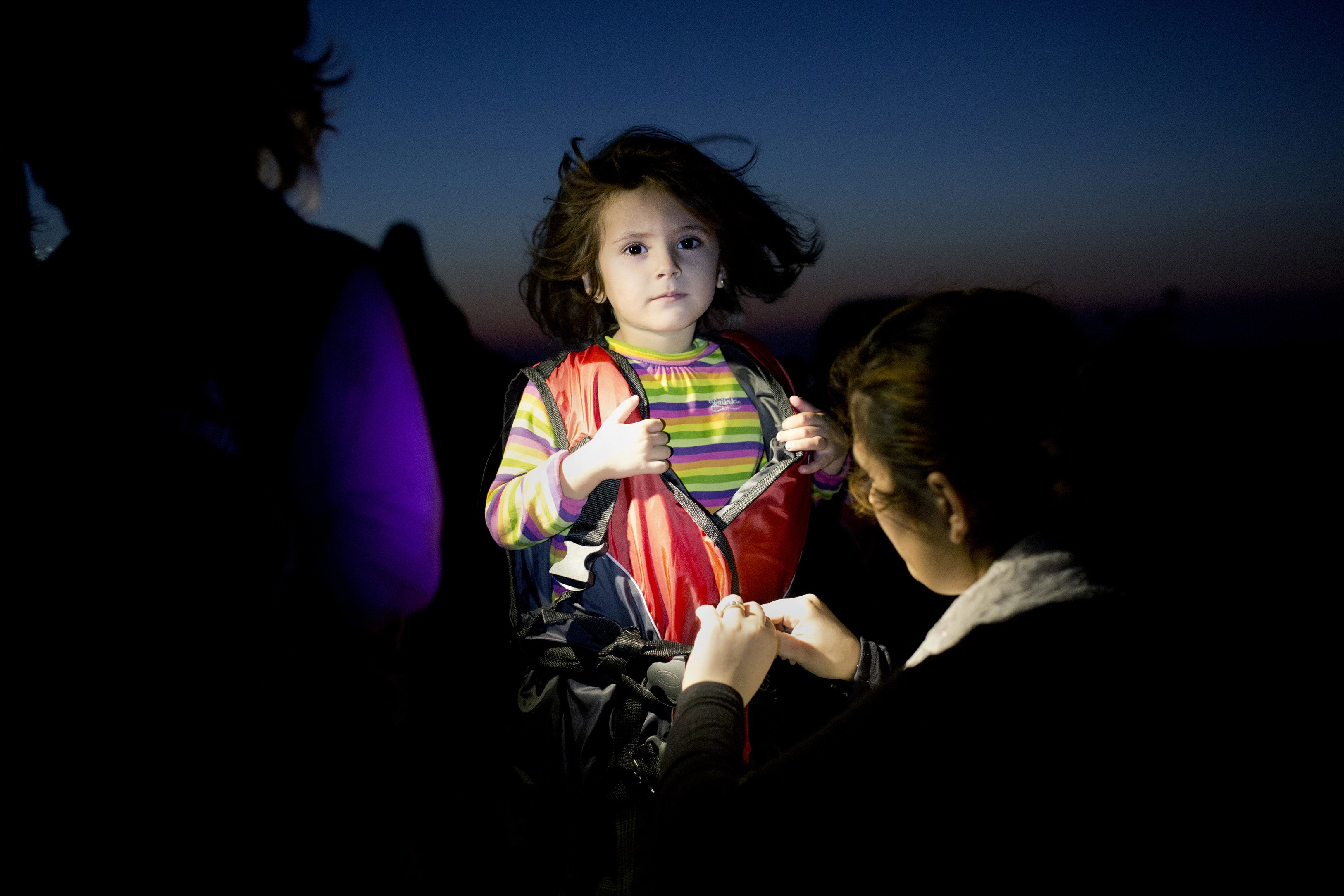 Angelos Tzortinis is no stranger to accolades. Early this year, the Agence France-Presse stringer received the Magnum Foundation’s Emergency Fund for his work covering the refugee crisis. As a Greek photographer Tzortzinis approached the story unfolding on his doorstep, as thousands flee war in search of a better life, from a different starting point to the hundreds of journalists grabbing quick-fire shots on the go.

“I’m not just a visitor, I live inside the problem,” says Tzortzinis, who sees the project as a long-term endeavour and plans to expand the work with a focus on portraiture. “When I was young, I grew up in a poor neighbourhood twenty minutes from Athens. Now, many of the refugees are living in that same neighbourhood, so for me the situation is very familiar. It was important to me to respect the people.” 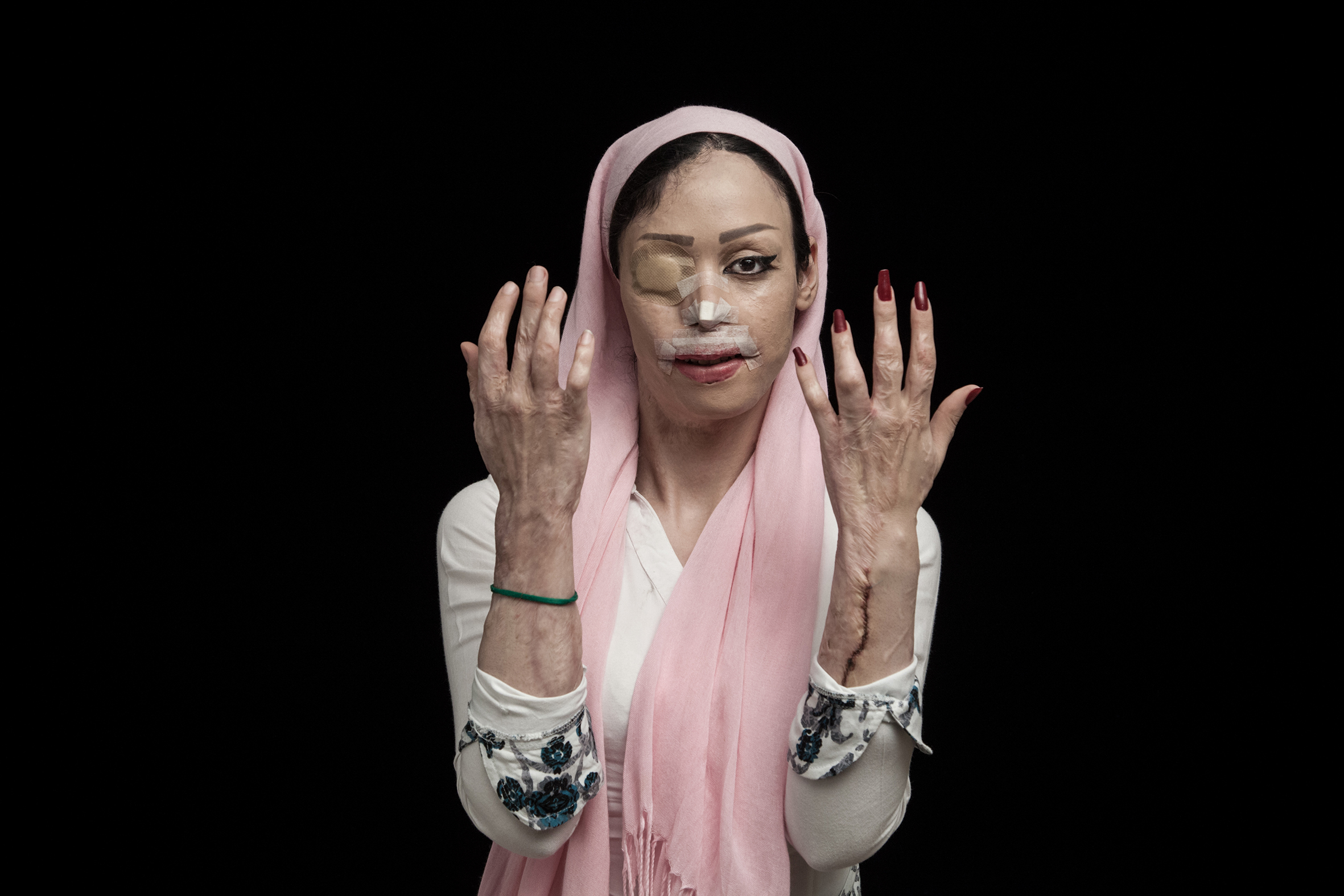 Fire of Hatred is the powerful portrait project of Iranian photographer Asghar Khamseh, whose sensitivity and empathy for his subjects and subject matter plays out with a captivating intimacy. Statistics suggest that acid attacks – as acts of retribution, social shaming and revenge – are increasing in Iran. And Khamseh helps us push past the numbers to see the true impact of the stigma and blame that lingers with victims.

“The power of Asghar Khamseh’s imposing series is such that he enables the viewer to face head-on intimate images, which could be testing to examine closely, with empathy and respect which in turn allows the viewer to become a witness not just a spectator,” says Dominique Green, Chair Documentary Jury. 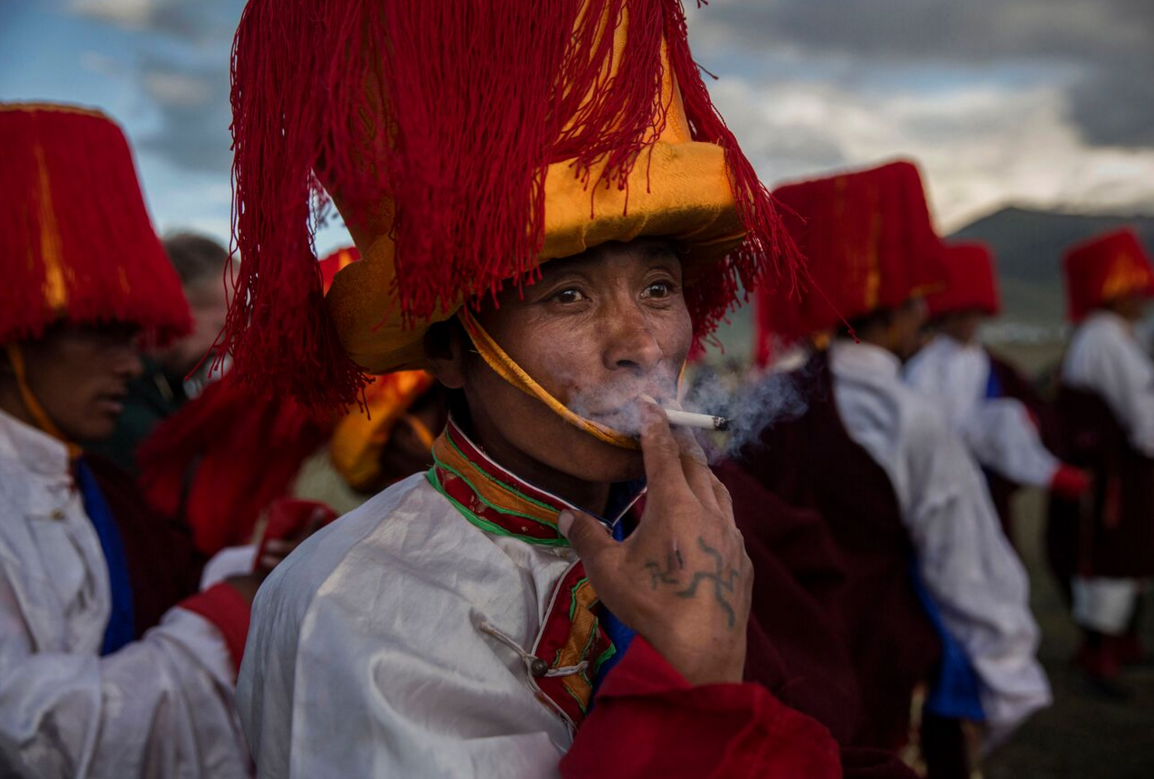 Canadian-born, Beijing-based Getty photographer Kevin Frayer has been documenting marginalised voices across China for more than a decade. His efforts were recognised this week with no less than three awards for a range of vital stories – from the Eagle Hunters of Western China to images that explore China’s self-defeating dependency on coal. This striking portrait captures the Tibetan nomads who have to navigate China’s government, climate change and rapid modernisation to conserve their way of life.

“The urgency of where we are as a species – with climate change and the death of culture and language – is that slowly things are disappearing,” says Kevin. “These people in a lot of ways are struggling to survive. But it’s not about them being quaint, charming or nostalgic. For me, it’s the idea that you can have a new road, and a new mobile phone, you can have good education, but at the same time you should be able to maintain what defines you – language, dance, music.” 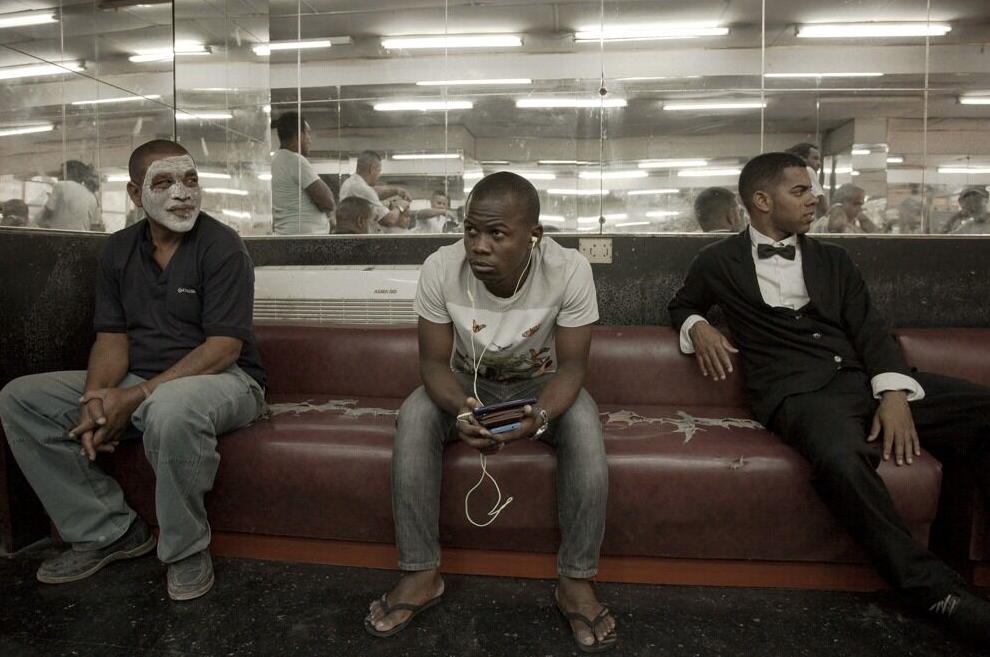 Documentary filmmaker Kirstin Schmitt uses photography as “field notes” and captures life on the streets of Havana, where she has lived on and off for ten years, as short-form entry-points to the stories and ideas she wants to explore in her films. This series of winning images, Waiting for the Candymen, is a contemplation of that in-limbo state-of-mind that plagues and unites us, no matter where we live. 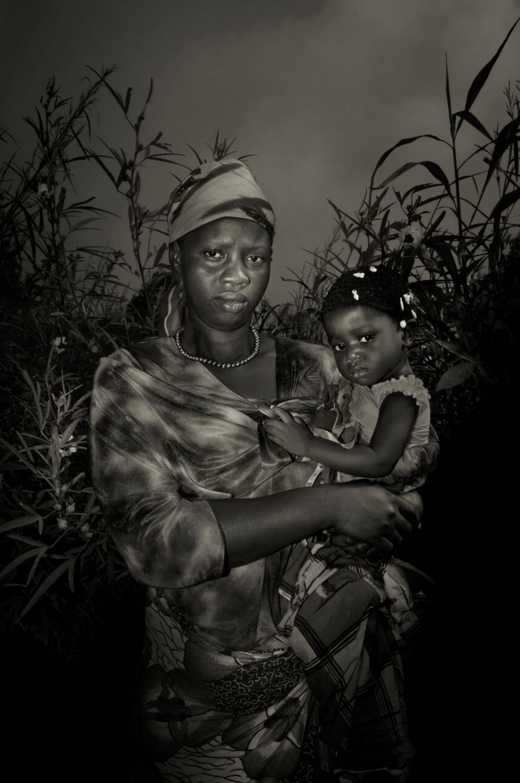 Bonfanti’s refined portraits of ebola survivors in Sierra Leone humanises a headline-grabbing epidemic that claimed the lives of 3,955 people. With the help of Italian NGO Emergency, these women were able to start a new life, despite having lost family members to the virus, and Bonfanti captures their stoicism with the dignity it deserves. 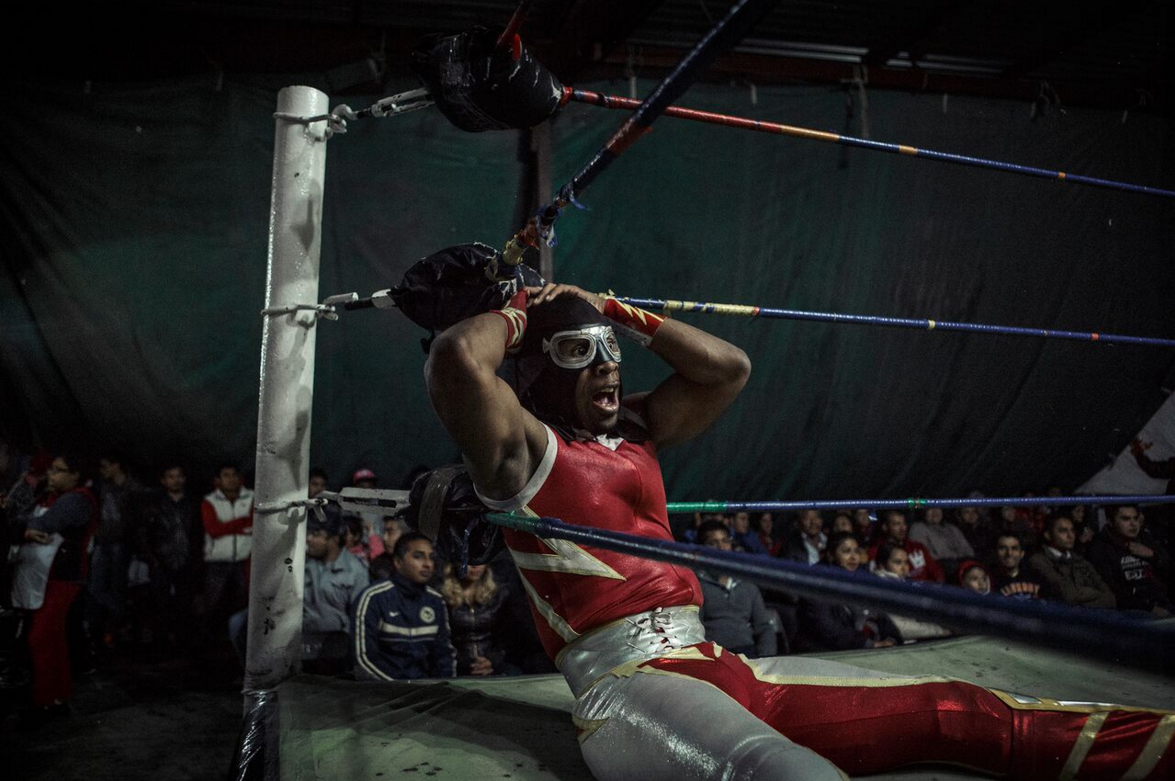 Lucha Libre Extrema tells the story of the underground world of hardcore wrestling, forbidden in Mexico City after a string of violent accidents but still alive outside the urban sprawl. Winners go down in history as heroes, as captured by Donkers’ keen eye. 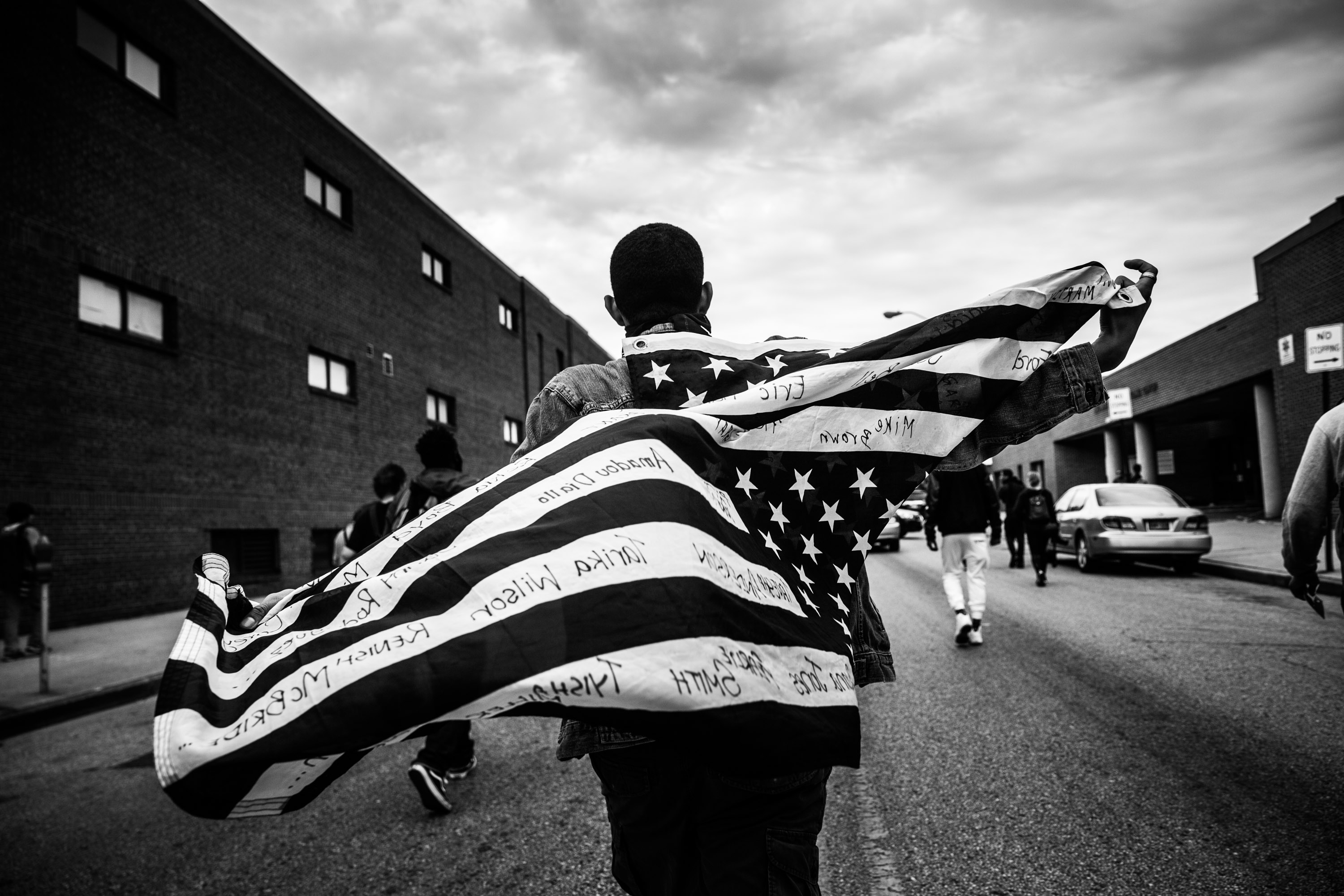 A Pulitzer Prize finalist, 28-year-old Burton took to the streets of Baltimore, camera in hand, after Freddie Gray, a 25-year-old black man, died in police custody on 19 April, 2015. The images he made – of community spirit, collective mourning, solidarity and defiance – capture the fervent energy of a critical episode in America’s contemporary history that’s yet to play out in full. 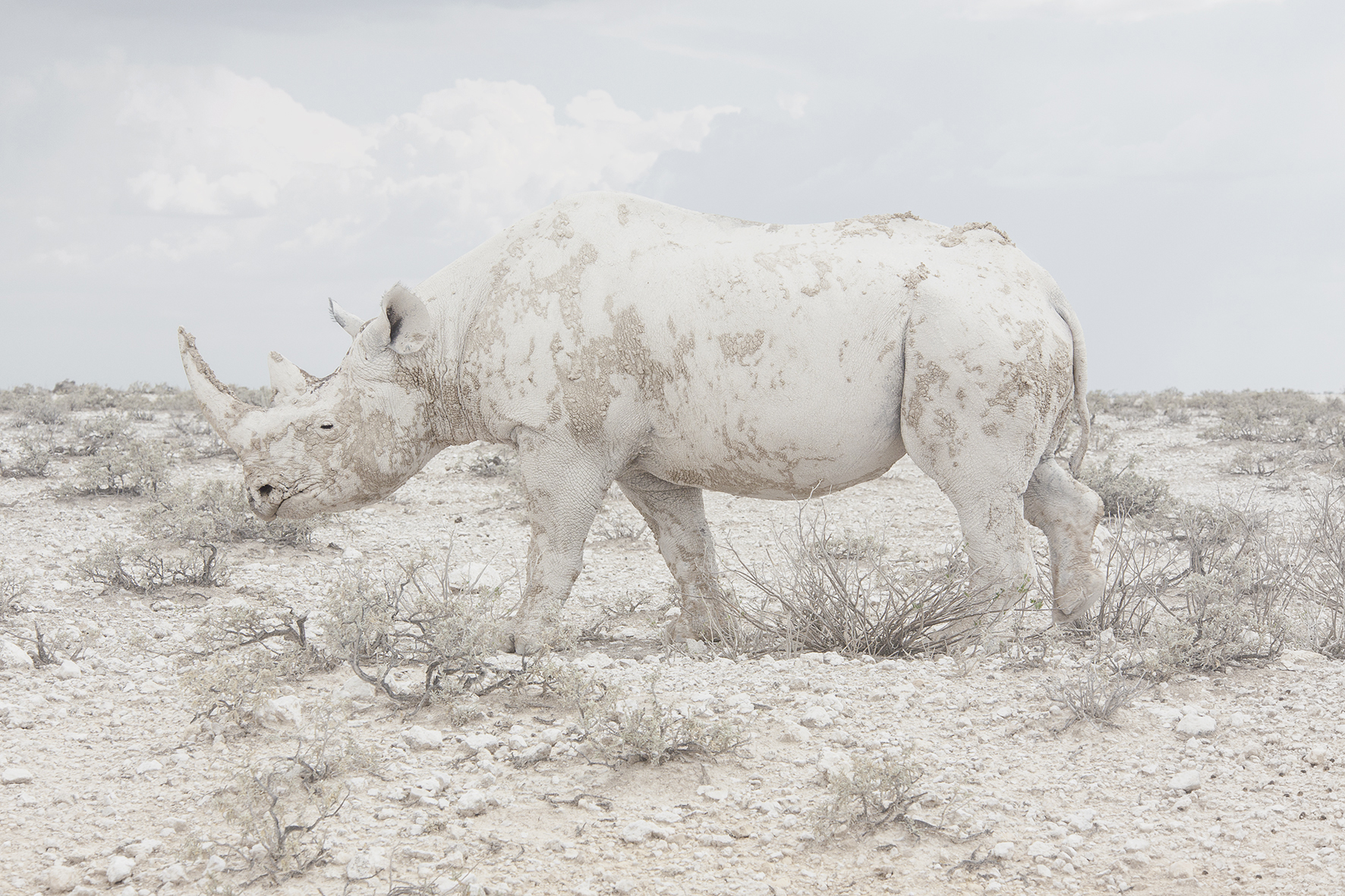 Land of Nothingness is Lavigne’s ode to Namibia, one of the least densely populated places on earth. Even landscape photography has a documentary edge and storytelling purpose. This image of a white rhino – camouflaged, poised, at one with the land – is a quiet insight into a vulnerable species, threatened by poaching. 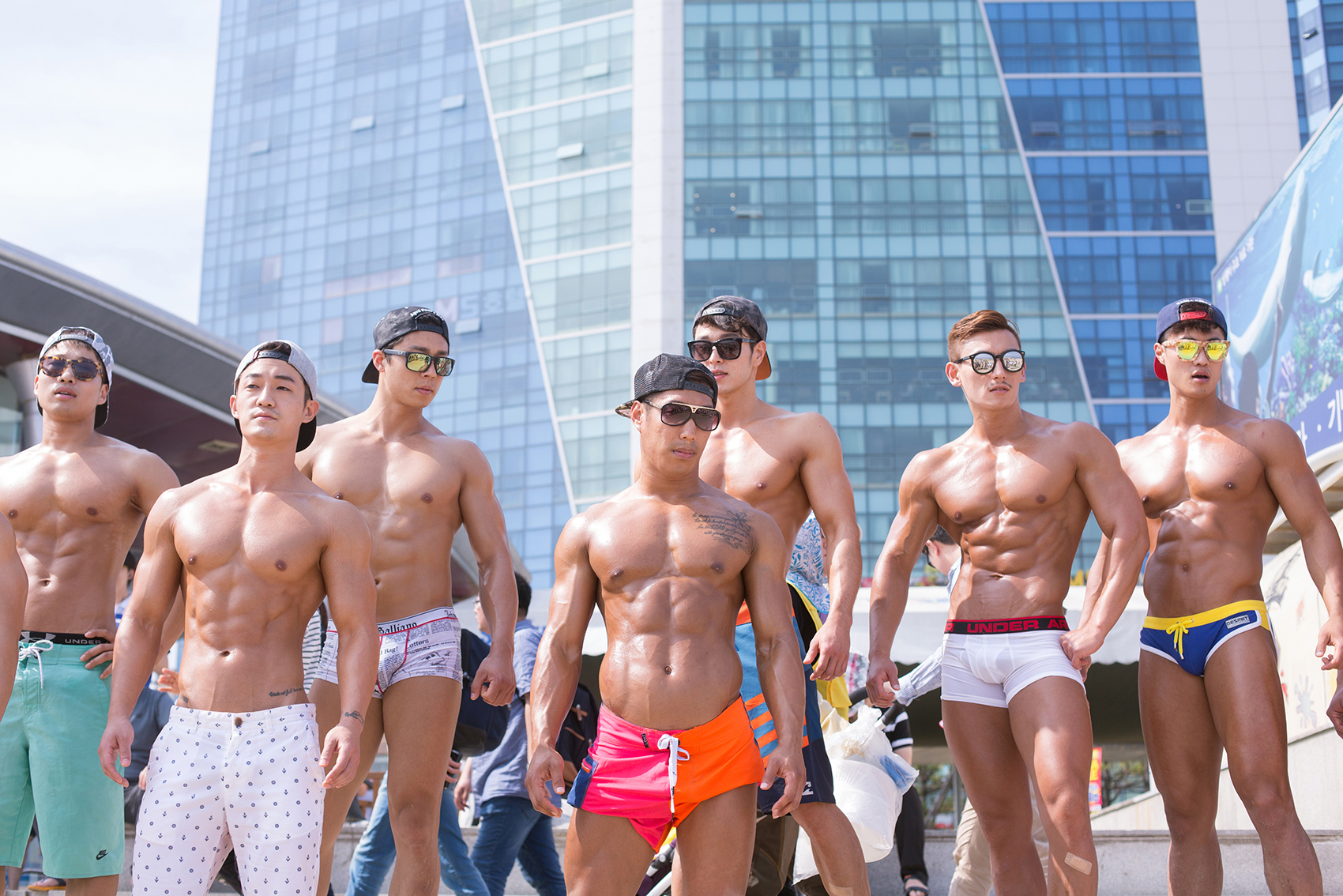 Made in Korea sees Italian photographer Filippo Venturi capturing the idiosyncrasies of daily life in South Korea, where rapid social change is manifesting as a nation striving for perfection. “The young generation is pushed towards an alienating standardisation, the opposite of western ideas of success coming from one’s ability to emerge from the mass.” 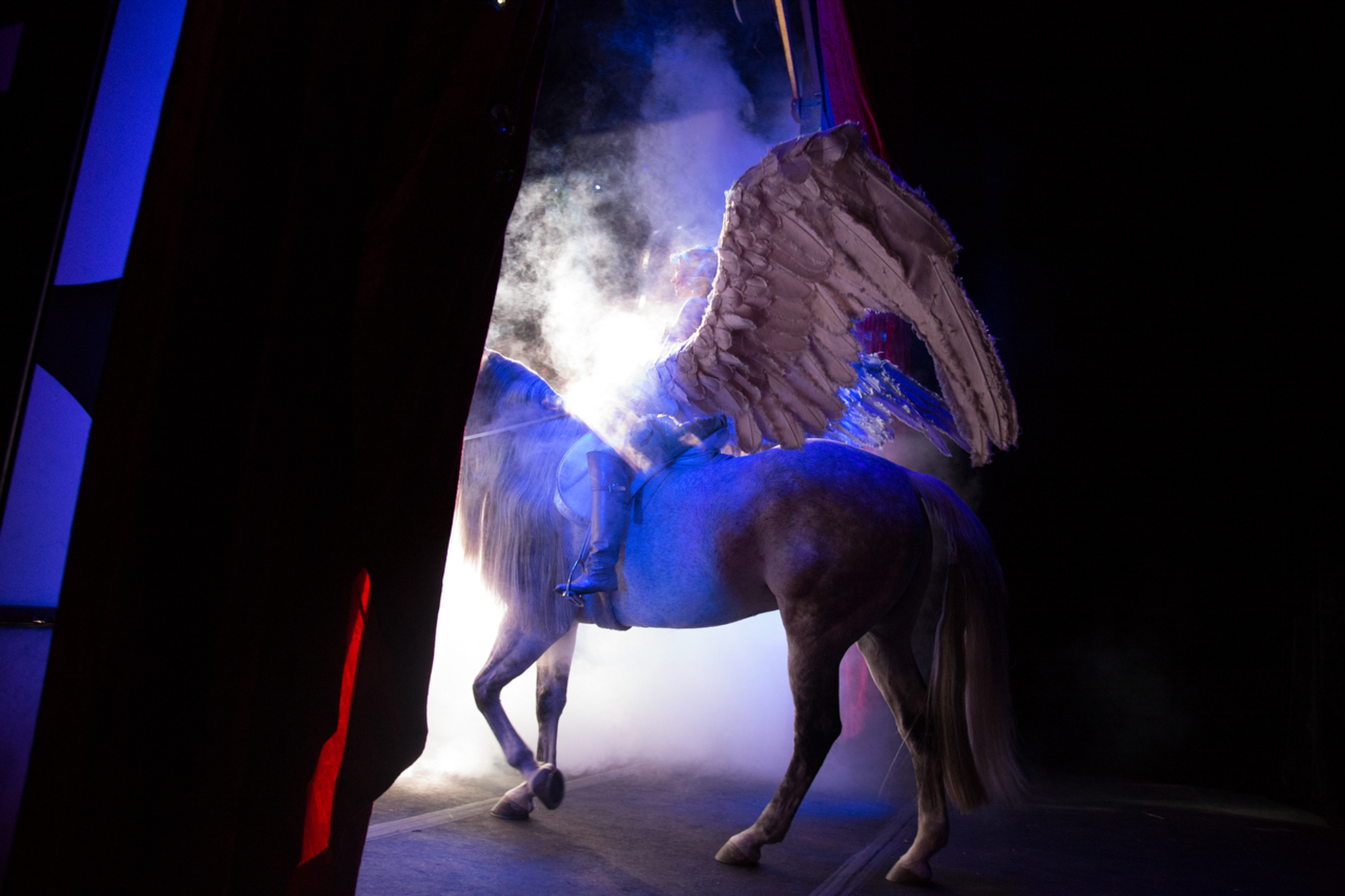 Running Away with the Circus sees Sinclair embedding herself with the Ringling Bros and Barnum & Bailey circus unit, capturing the daily routines of the nomadic clowns, trapeze artists and lion tamers who live on trains and travel coast to coast 44 weeks of the year. “It’s a life of close quarters and rigorous training that many began in childhood. Their job is to convince the world that the circus still matters.” 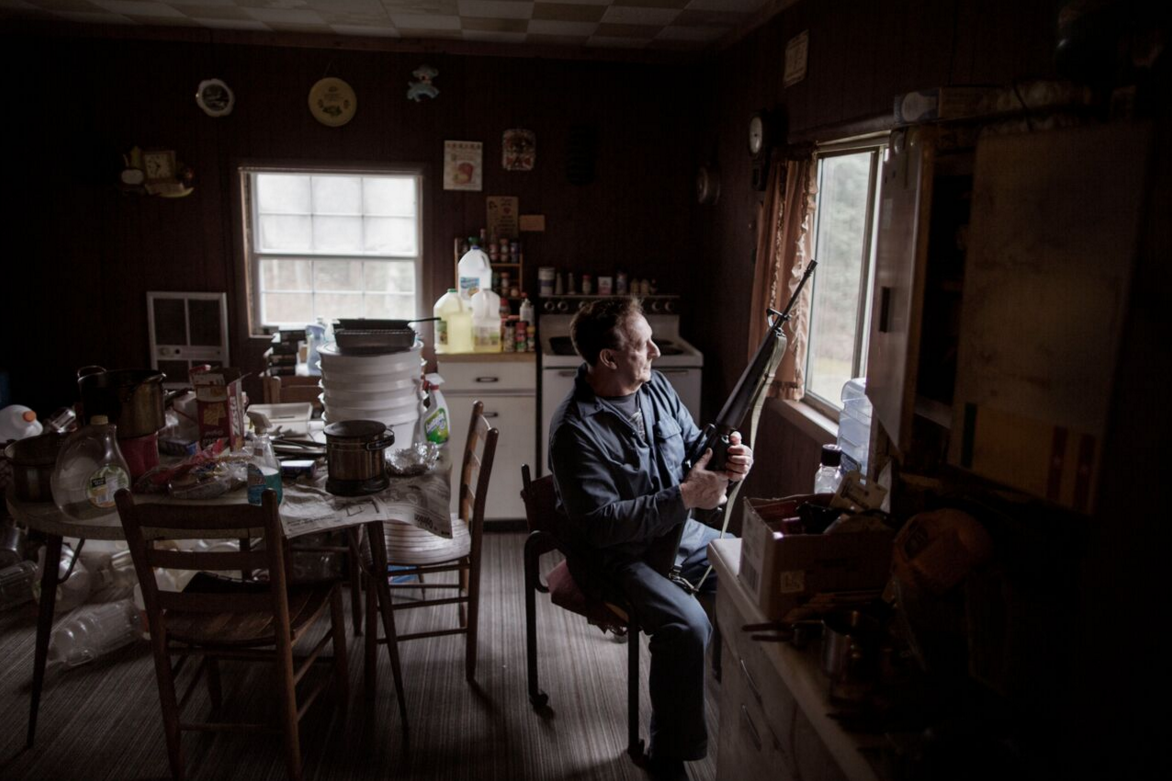 The Curse of the Coal is one of a few stories that came out of Rasmussen’s time travelling across the US, documenting communities who subsist on the fringes of society. The Panos photographer, who also works as a photo editor at VG Helg – the weekend magazine of Norway’s biggest daily newspaper – tapped into the long-term impact of the coal industry’s downward spiral in West Virginia by embedding himself in the most intimate aspects of small-town life, where drugs, alcohol and violence are prevalent.

Linkedin
RELATED ARTICLES
OTHER ARTICLES
With the UK now set to run out of vaccines, people working in the sex industry – particularly outside of major cities – have been left especially vulnerable, reports Brit Dawson.
One year on from the fall of Afghanistan to the Taliban, Tiara Ataii speaks to those who have been forced to make the treacherous journey to Europe for safety, and the barriers and horrors they have faced.
A new series of photos by Johny Pitts shines a light on communities and subcultures that have all too often been overlooked.
Last week, Tower Hamlets council removed its nudity-restricting licensing conditions in a huge win for London’s kink community.
Protestors gathered outside Downing Street following the latest atrocities committed by Israel against Palestinians living in the besieged strip.
Students are being left to languish in unsafe housing, in some cases leading to serious health complications.