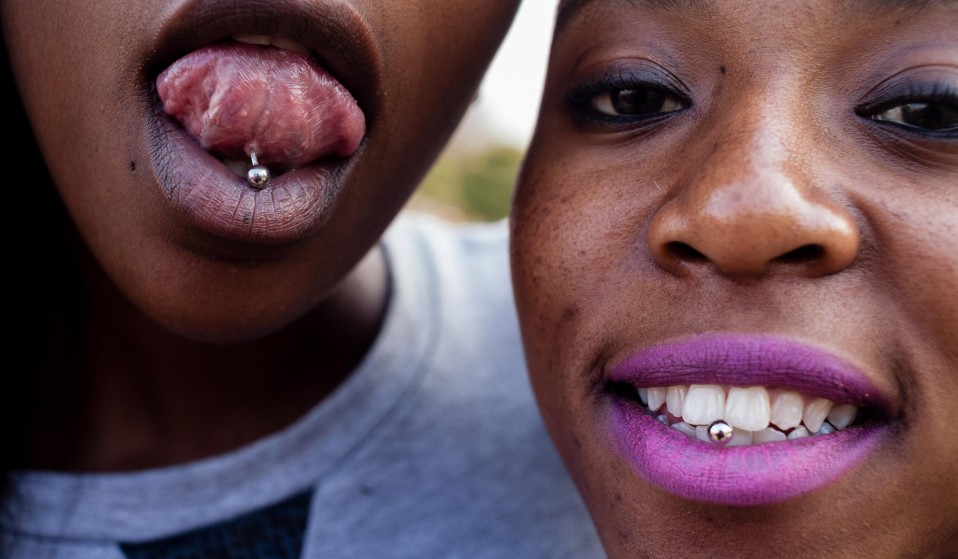 Three young South Africans hit the road together in a bid to understand the land that binds them.

Three young South Africans hit the road together in a bid to understand the land that binds them.

South Africa is the original Wild West. For most of our seven months on the road, all three of us felt out of our comfort zones, strangers drifting through the confusion.

Our country is intensely diverse and the borders between cultures can be hard to breach, so we set off on our journey to find out what it means to be South African. Has Mandela’s vision of equality in a Rainbow Nation been achieved?

We each come from different cultural backgrounds – Sean Metelerkamp (English), Wikus de Wet (Afrikaner), Sipho Mphongo (Xhosa) – and the access that we gained through each other was invaluable.

Working together got us front- row access to situations and conversations we would never normally experience. Access is almost ninety per cent of the mission in documentary storytelling. 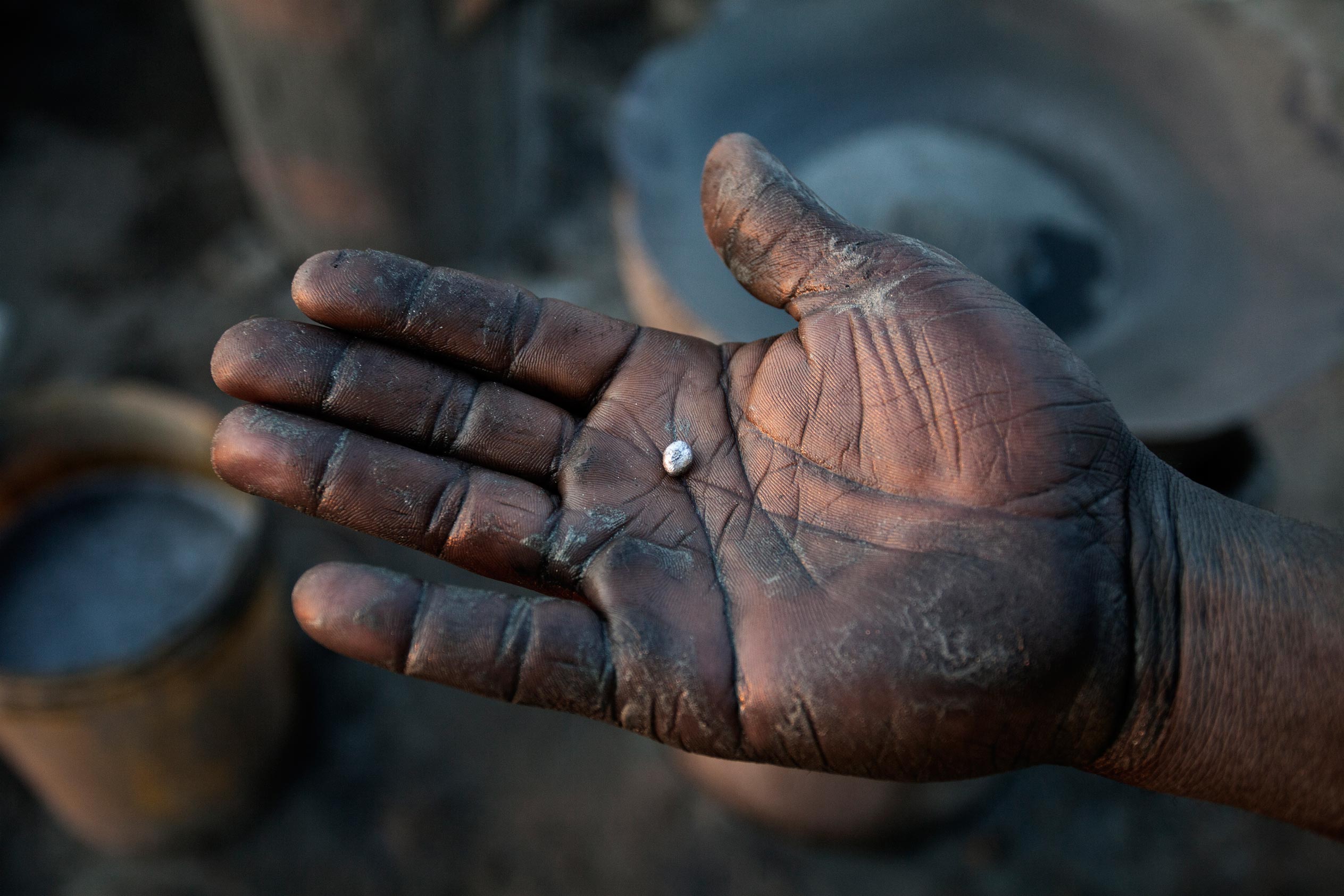 Once you arrive somewhere, you have to use whatever tools and skills you have to figure out the best way to tell the story. The tricky part for us on our journey was that we would be in a new place almost every second day. You have to develop a rapid process of feeling out whether you will have access or not and then make moves from there.

Being an insider attains you a level of trust an outsider does not have, so people are generally more open to share and show. Although it all depends on the type or style of story you wish to tell. There are times when you do want to be the outsider.

Does documenting your own community from the inside allow you to come closer to the truth? Not necessarily. You can know too much. In your own community, you’re not as receptive to the strangeness of your own people and caring too much about a subject or situation can guide your lens, tainting the truth.

We did not try to break down barriers or attempt to fix anything, that was not our goal. We approached every situation and every person with compassion and respect, in an attempt to merely understand and make sense of the confusion in this country.

The most valuable thing we learned was the importance of understanding and respecting different cultures. You could say it all comes down to the idea at the heart of the South African philosophy of Ubuntu: I am because of you. 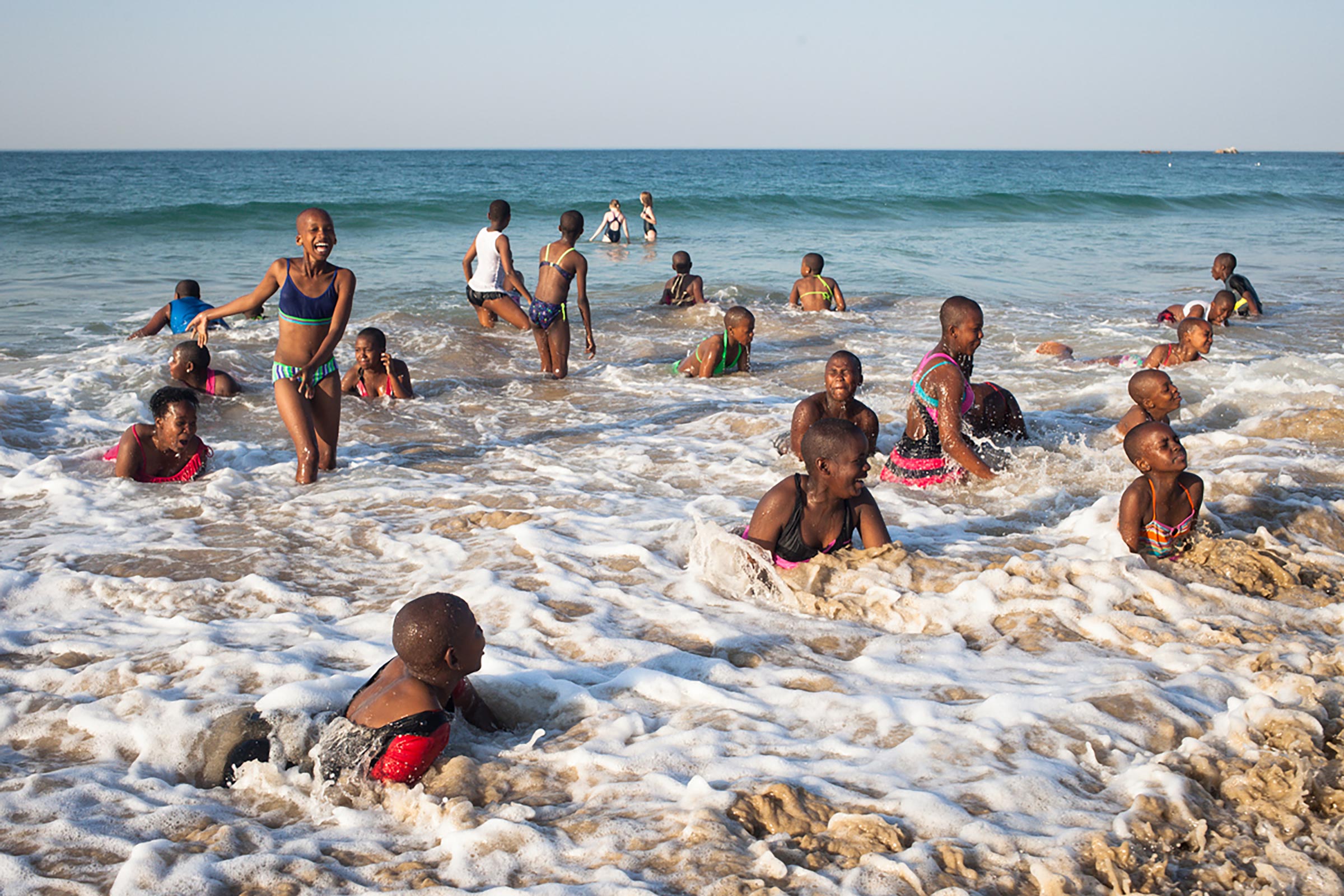 Sipho Mpongo was born in 1993, in the rural village of Nqamakwe in the Eastern Cape, and was raised in Langa, Cape Town.
“I would not have been able to do this project if I was white. As someone who grew up after 1994, when Mandela came to power, I am a born free: the same things the people I photograph are going through I have experienced personally and have witnessed for a long time.

“I am speaking from a place of seeking truth as a black person in South Africa. I do not know how other journalists or photographers would approach the subject.

“I only know how I went about it, basing it on conversations. I spent most of my time speaking with other born frees rather than taking photographs.

“That way I managed to learn from them, and they learned something from me, based on our experiences of growing up in South Africa as born frees. ‘Born free’ is just a political term, after all. 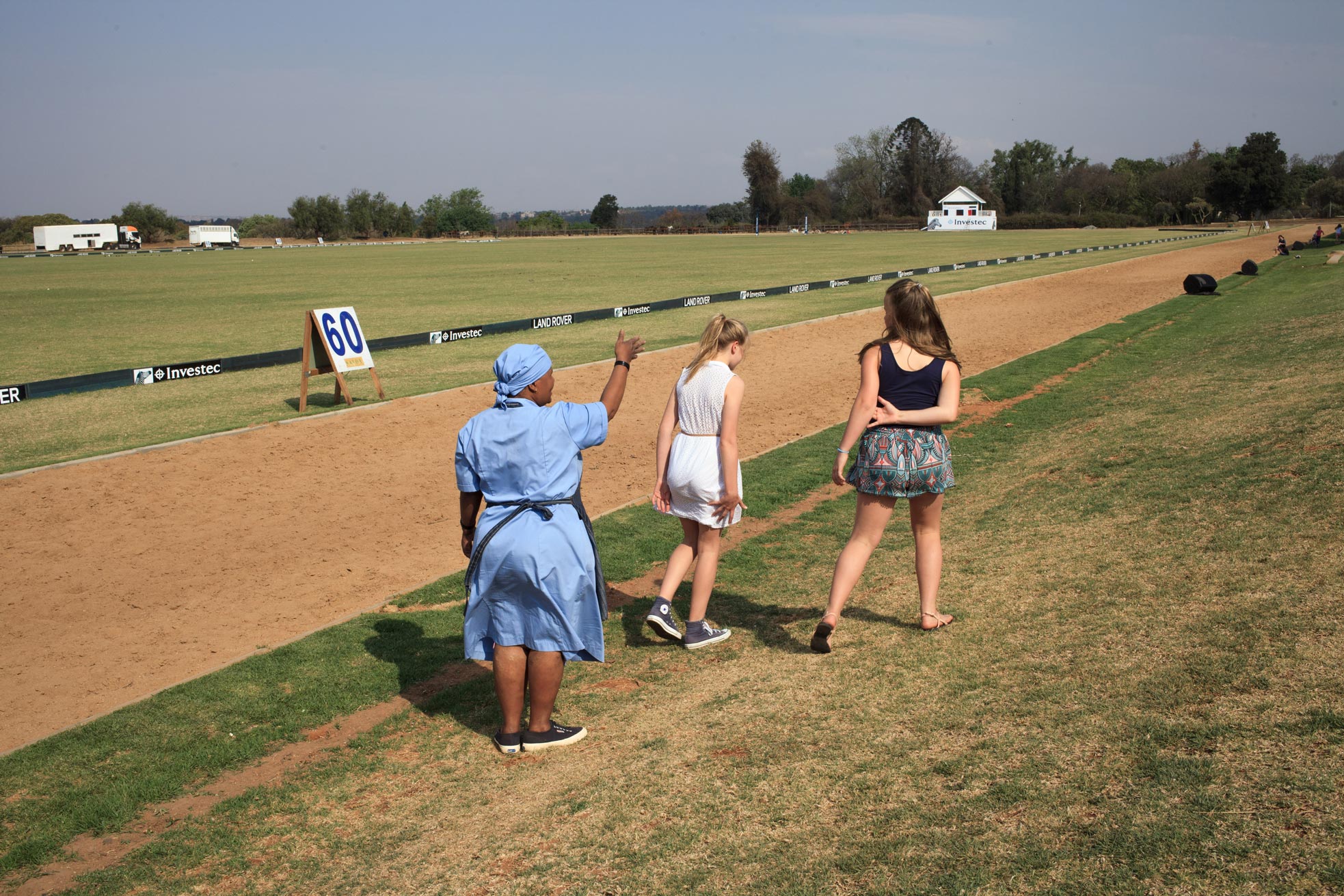 “The born frees make up about forty per cent of the population, and the critics among older South Africans contend that they are apathetic and apolitical, unaware of the history of the struggle that made their lives better.

“Will they allow themselves to be defined by the scars of apartheid, or will they embrace freedom, choice and opportunity? 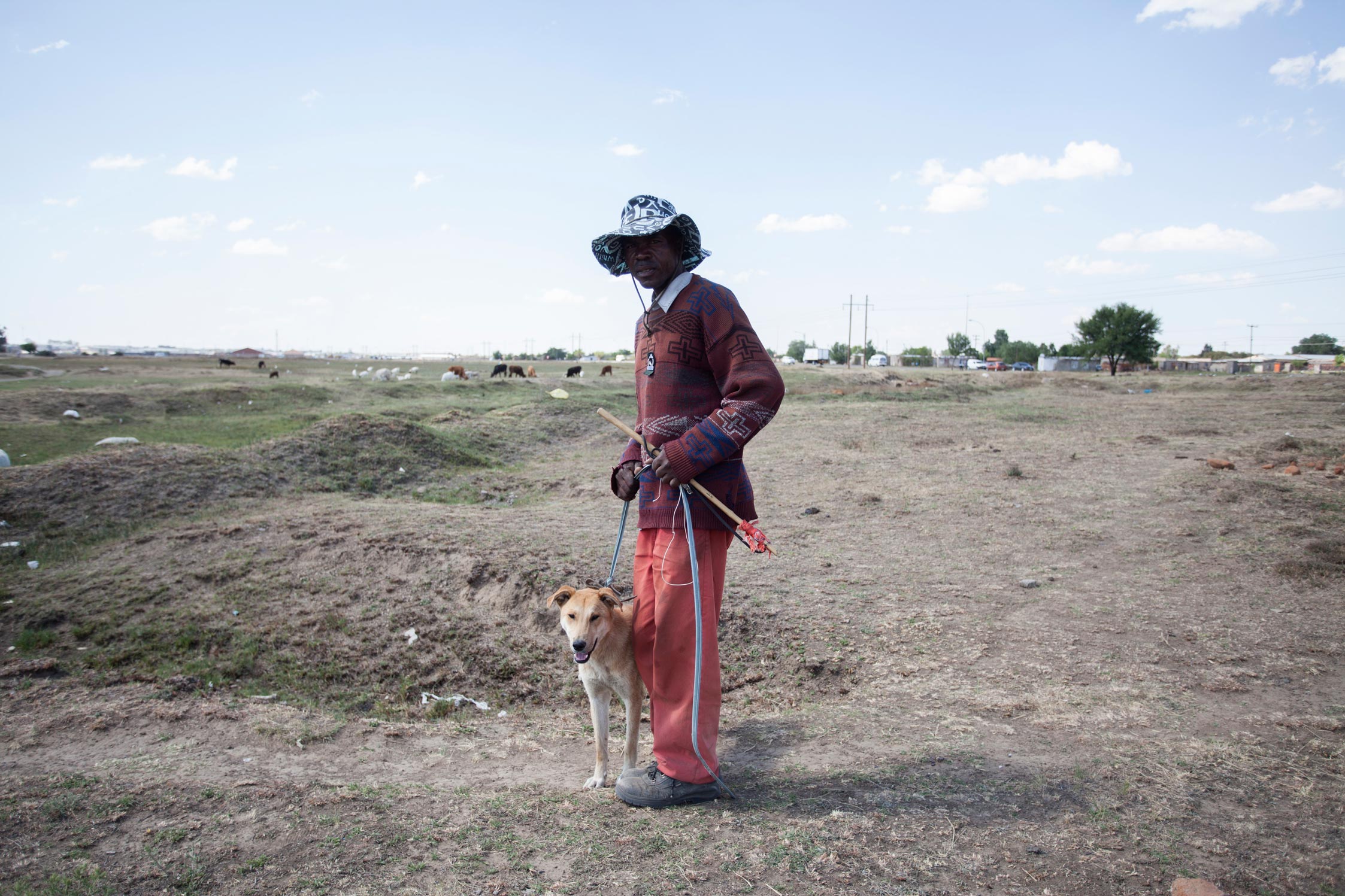 Wikus de Wet was born in 1990 in Middelburg but grew up in Bloemfontein. He now lives in Cape Town.
“A plan was set in place at the birth of democracy to repossess land, and return it to those from whom it was taken, but it doesn’t seem that anything has been done about it.

“Land is still a contentious issue among most South Africans. My goal is to understand the relationship land has to the people who occupy it. 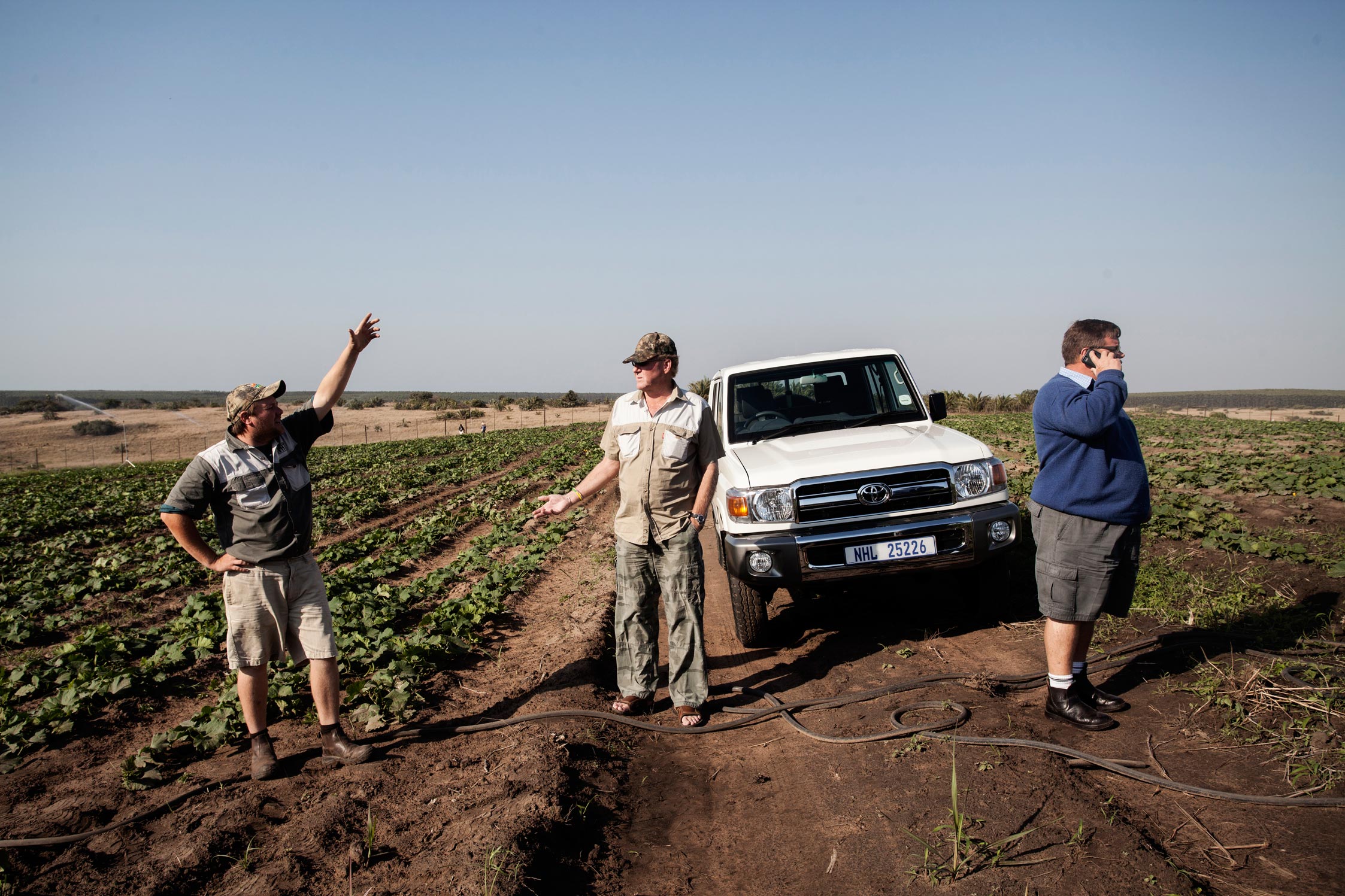 “I feel that in order to comes to terms with something one has to fully understand it. The land issue in South Africa is very complex and things keep changing as time goes by.

“The problems of the past are now infused with economic and political challenges as well. I am more confused about the situation than when I first started this project. 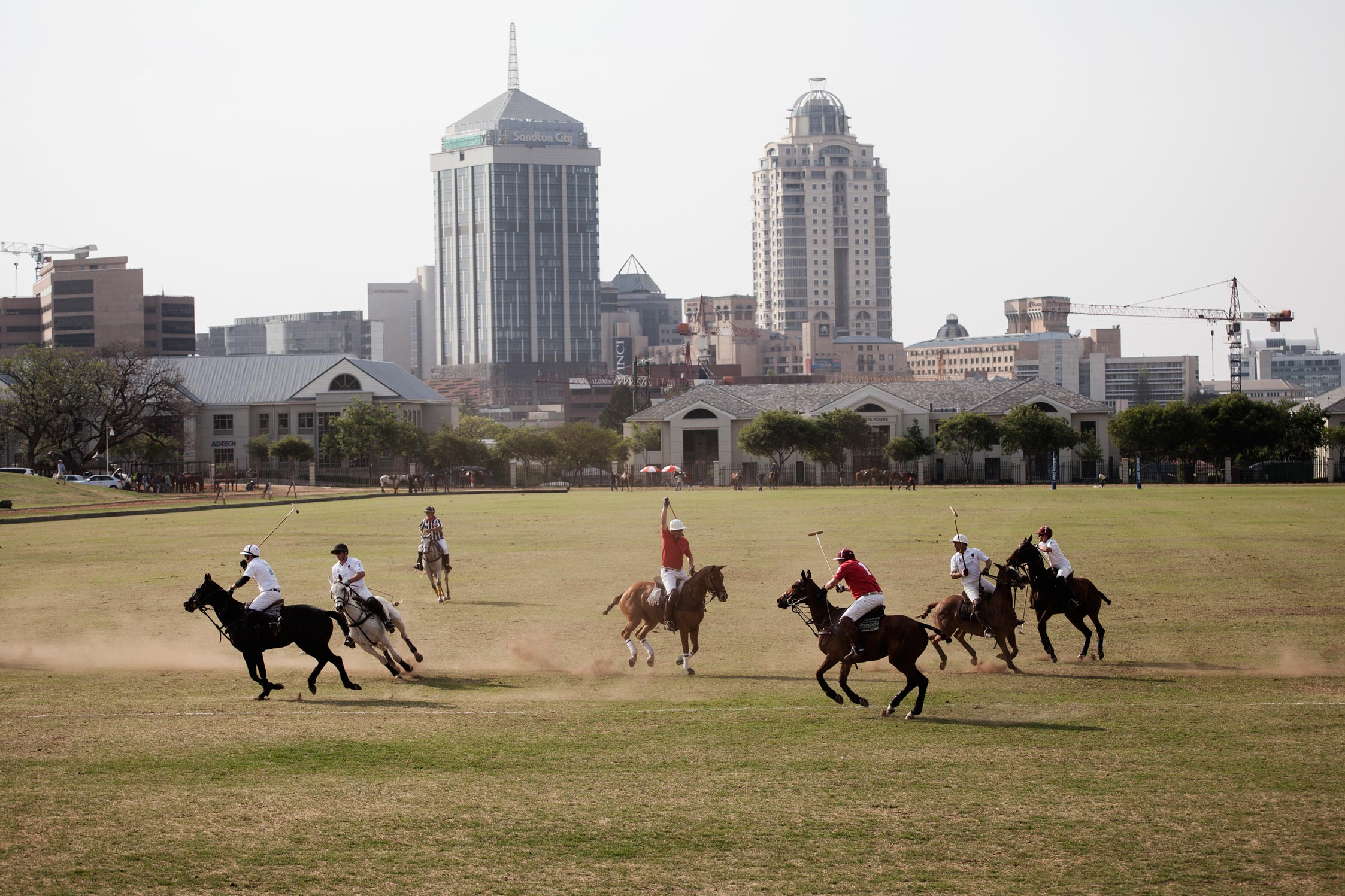 “I have realised it is way more complicated than it appears to be. A lot of other issues that we face in South Africa go hand in hand with issues around land.

“I feel that we as South Africans have a very long way to go before we will be able to come to terms with the complex relationship we have with land.” 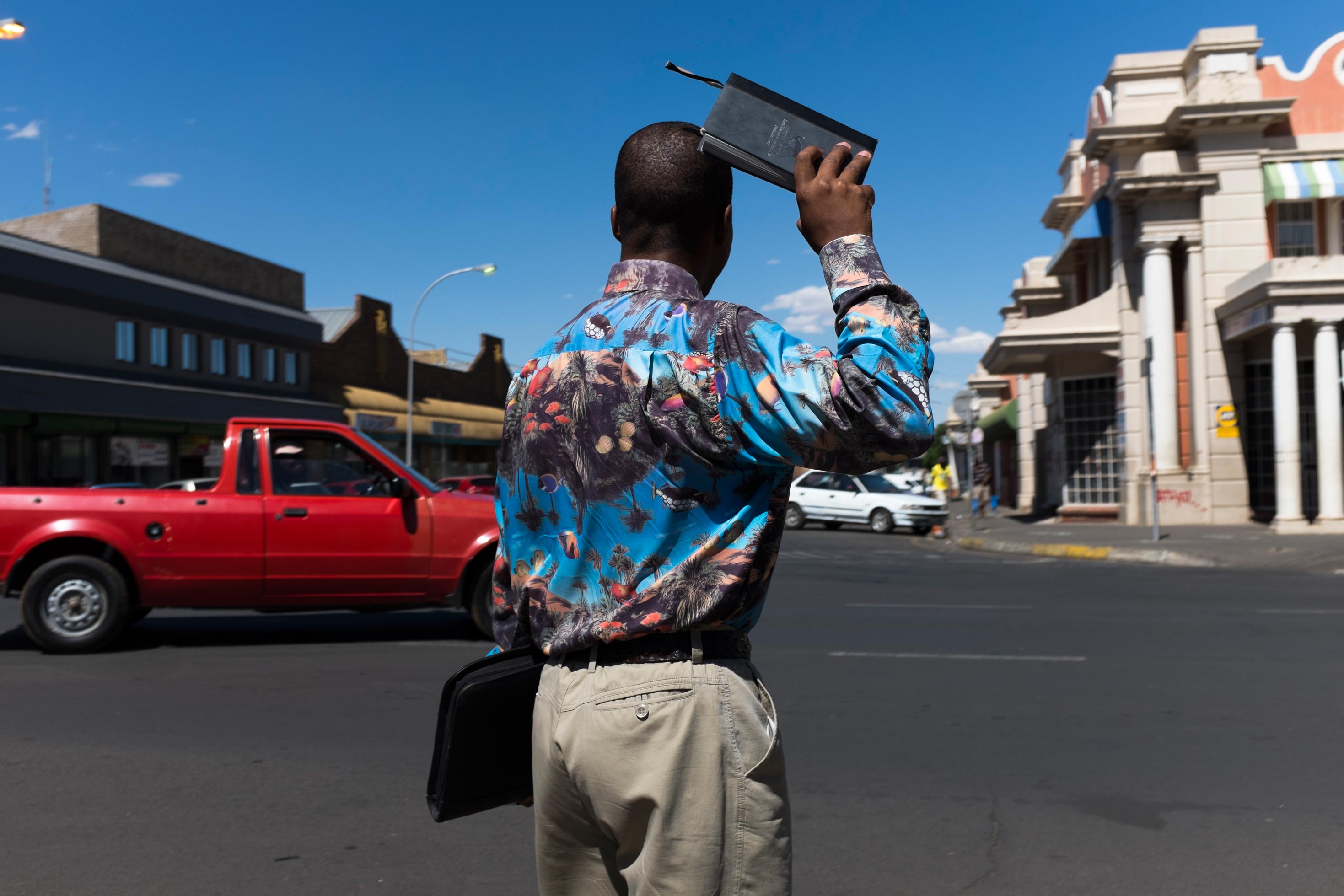 Sean Metelerkamp was born in 1984 in Knysna.
“I am South African; I retain the good, the bad, the weird and the wonderful within my blood and I see the hope, superstition, desire, regret, persistence and anger of this nation.

“My first ten years of existence moving up and down the beautiful coastline of this country was under white rule.

“I recognise the problematic nature of racial realities that afflict all South Africans and try to use my tools and skills as a photographer to evoke the absurdity of life in this magnificently puzzled country. 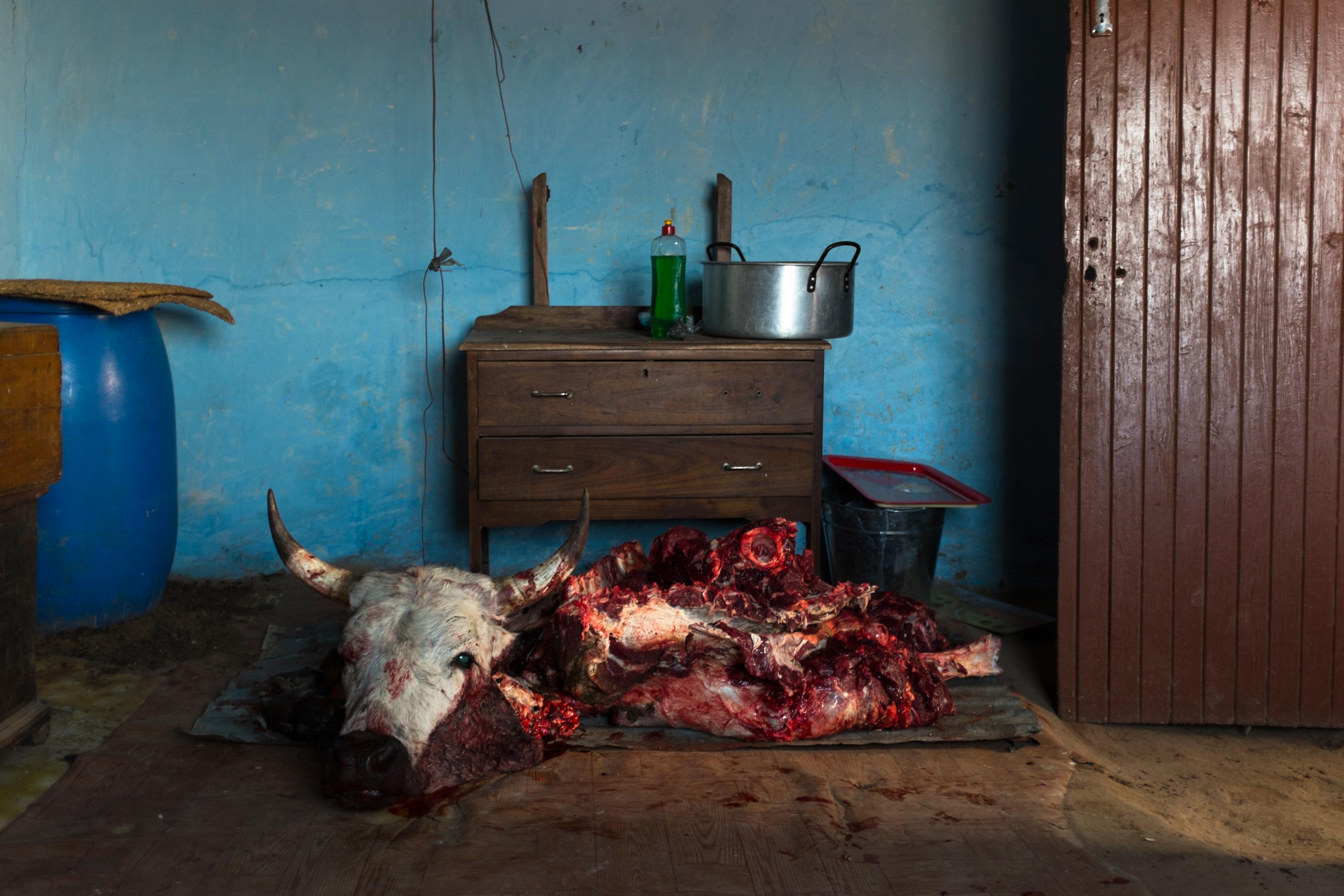 “I thrive on rejection. That kind of energy tells me they do not want me there for a particular reason. I must find out why. The barrier is the story. I have not tried to convey issues of race in any particular way. Nor religion. Nor death. Or any other all-pervasive texture or emotion prevalent throughout South Africa.

“I focused on the idiosyncrasies; reacting to moments that do encapsulate race. And religion and death and love and confusion and hatred and greed and sorrow and desire. 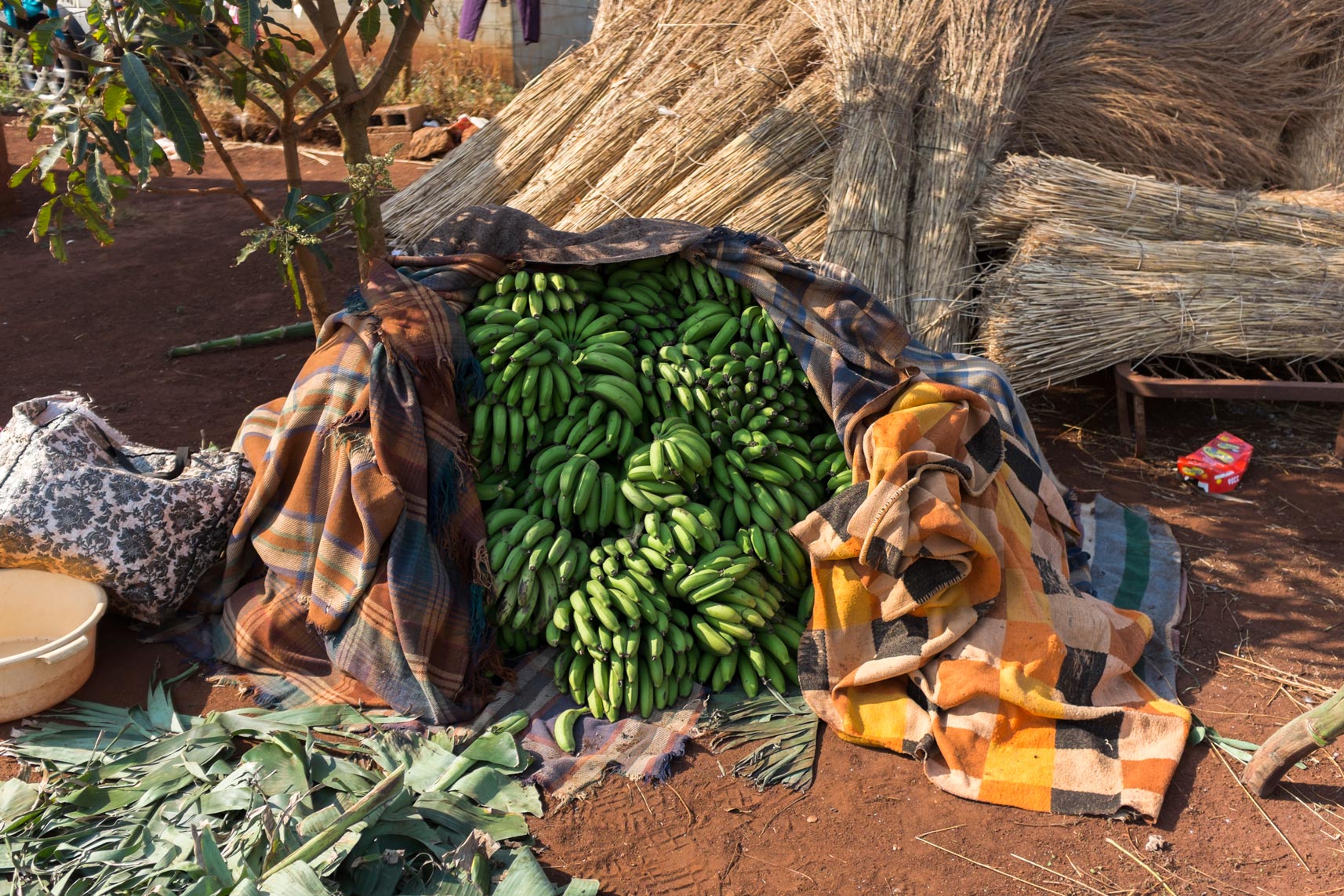 “We cannot escape the pain and pleasure, the ups and downs. What’s most important is how we choose to deal with ourselves and those around us during our crazy journey.

“I hope my images make the viewer take a moment to think and ask questions of their position towards what occupies the frame – whether that’s comforting, disturbing or both. You choose what you want to see.”

Find out more about Twenty Journey.

This article originally originally appeared in Huck’s Documentary Photography Special III. Buy it in the Huck Shop or subscribe to make sure you don’t miss another issue.

Linkedin
RELATED ARTICLES
OTHER ARTICLES
The author discusses her new memoir, which offers a sobering reflection on the racism and otherness she’s experienced along with a joyful celebration of her culinary heritage.
A sharp increase in officers armed with the electrical weapon is resulting in serious injuries and deaths.
From the chip shops, to the bingo parlors and burlesque dancers, photographer Mike Coles remembers capturing scenes of holidaymakers by the English coast.
Yesterday, rail workers came together to protest poor pay, working conditions and job cuts in their latest round of strikes.
Photojournalist Fiora Garenzi spoke with people still living in Eastern Ukraine, an area which seen some of the heaviest fighting since the war began.
The government’s brutal crackdown on NGOs has left victims of rape without anywhere to seek help. And now, as the country plays a key role is Russia’s war, things are only getting worse.