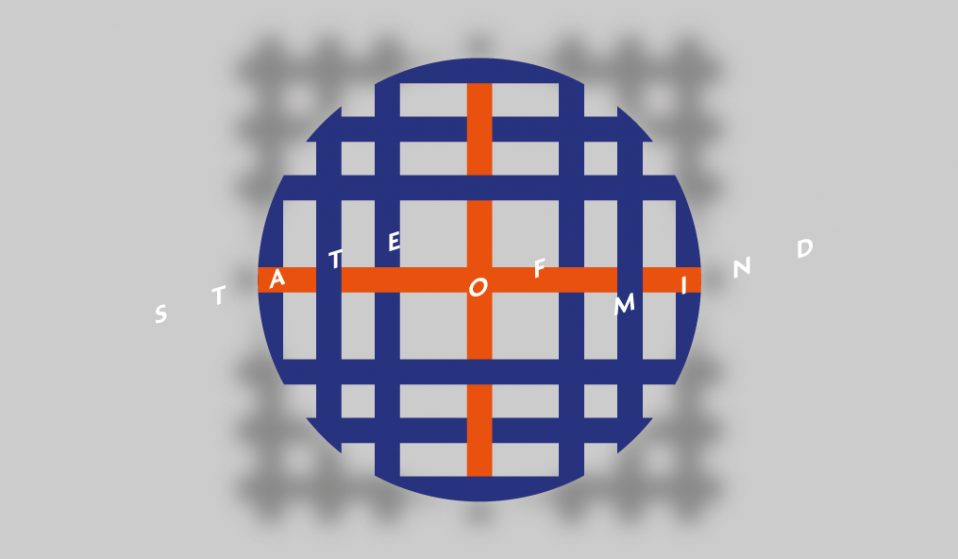 Huck is exploring the impact that the coronavirus pandemic is having on different communities – and on our mental health. In the latest instalment, photojournalist Daniella Zalcman investigates how exposure to trauma and risk is starting to take its toll.

Huck is exploring the impact that the coronavirus pandemic is having on different communities – and on our mental health. In the latest instalment, photojournalist Daniella Zalcman investigates how exposure to trauma and risk is starting to take its toll.

Kiana Hayeri’s professional routine has always been stressful. The Iranian-Canadian photojournalist has been working for the past six years in Kabul, Afghanistan, where security protocol is rigorous. Every job requires calculated risk. Now, with the added stress of Covid-19, daily life has become even more tense.

“In the early days [of the pandemic], it was bad,” she says. “I’m not going to lie, I had many moments where I came very close to having a panic attack.”

When the crisis erupted, Hayeri was going out on assignment day after day for twelve-hour stretches. To avoid removing her protective gear, she wouldn’t eat or drink at all. “Then I’d get home and my body would act weird,” she says. “I’d have a fever or not be able to breathe and I’d worry that I had Covid.”

For news photographers, the pandemic has created a catch-22. Our work requires us to be out in the world, documenting the highs and lows of human existence in intimate detail. But against the wildfire spread of a deadly virus, that work is more challenging than ever, raising questions of safety and responsibility when documenting healthcare workers, those who may be infected, hospitals or morgues.

The alternative — not working out of fear of acting as a vector and spreading the disease — means failing to bear witness to one of the most significant global events of our lifetime.

Photojournalism was already a complicated, unsupported field. Vanishing newspapers and magazines, large-scale layoffs and shrinking budgets have left behind an industry now mostly made up of independent workers. That means financial insecurity, no benefits, no healthcare, no human resources department, and generally speaking no safety net. Add to that journalists’ responsibility to document the worst of the human condition — whether it’s war, natural disasters or a pandemic — and you’ll find a workforce lacking access to mental health resources and the most basic tools for self-care.

News photographers are particularly prone to anxiety, depression, PTSD, and something called moral injury — a sense of betrayal felt when you witness or experience something that doesn’t align with your own ethical code. And yet, most photographers don’t feel they can have frank conversations about mental health with superiors and even colleagues, partly out of fear that they may lose out on work.

“I think there’s traditionally been a real taboo around talking about mental health and the need to deal with trauma,” says Lynsey Addario, an American photojournalist currently based in the UK. “The residual trauma that many of us photojournalists deal with regularly after years of covering conflict and humanitarian crises and really difficult situations.” 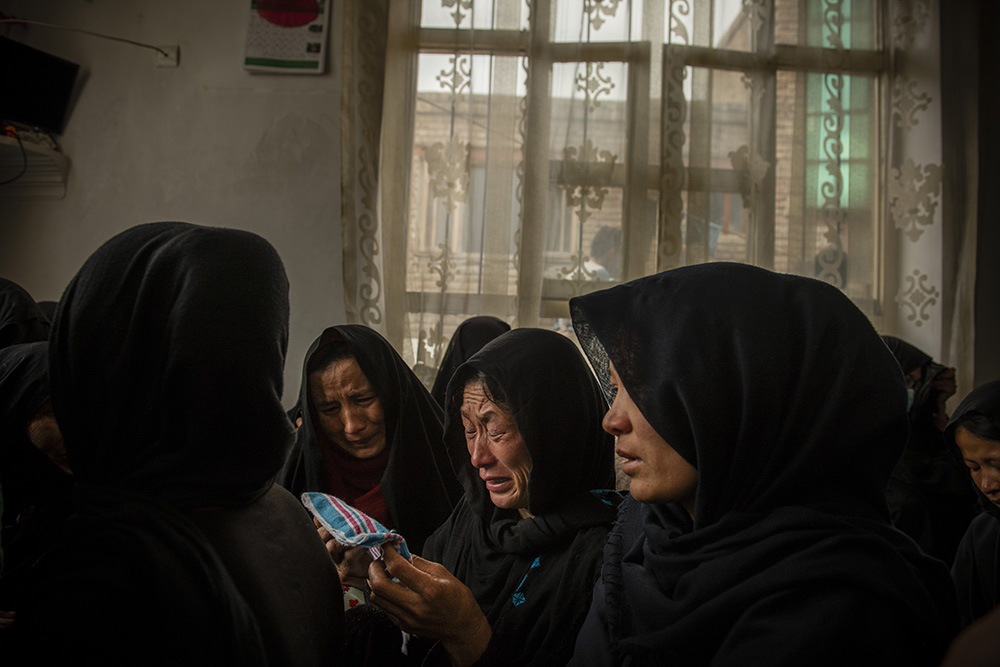 Kabul, Afghanistan, May 13, 2020. Hajar Sarwari was in labor with her second child at a west Kabul maternity ward when gunmen shot her twice in the abdomen, killing her and her unborn child. After Hajar and her unborn baby’s burial, the women gathered inside one room to console her mother, mother-in-law and her sister and pay their respect to the family. This is just one of many stories that have left their mark on me over my time in Kabul. – Kiana Hayeri

Addario remembers a time, shortly after the Arab Spring, when a colleague was suffering from “textbook PTSD”. She and several other photographers staged an intervention and went to their friend’s employer. The editor responded, ‘Well, that photographer wants to keep covering war so we’ll keep sending him back.’

“And that’s not okay,” says Lynsey. “That’s exactly what perpetuates the trauma. There has to be some standard, some responsibility on the part of editors and on the part of publications.”

The stress is only compounded by the precarious terms of most photographers’ employment. This is an industry that rewards borderline recklessness and invests little in support beyond the field.

“This industry is built for us to put ourselves at risk,” says independent photographer Gabriella Báez, who is based in San Juan, Puerto Rico. “There aren’t any policies or laws that protect us as freelancers.”

Báez began working as a news photographer during the protests that overwhelmed the island in the summer of 2019, knowing that to get the attention of any photo editors, she would first need a portfolio of work. She covered the demonstrations without any protective equipment — and when the police deployed tear gas, she barely got away, but only after throwing up on a street corner. It wasn’t until she was commissioned by Reuters that she was able to buy and expense a proper gas mask.

Similar issues now exist for those covering the Covid-19 pandemic. Early on, when personal protective equipment was scarce, the onus of operating safely in the field was placed largely on freelancers even if they were on assignment for major media outlets. Photographer Melissa Lyttle shared a running record of anonymous horror stories on Twitter that ranged from editors not offering unpaid interns masks or gloves, to refusing to discuss hazard pay, to threatening to blacklist photographers if they didn’t take on risky jobs.

“The problem is there is no set of guidelines for freelancers,” says Addario. “If we collectively got together and we all gave our input for what needs to happen — I think that’s really important.”

Canadian photographer Finbarr O’Reilly was supposed to spend six months in the Democratic Republic of the Congo as this year’s recipient of the Carmignac Photojournalism Award. But the DRC’s borders have been closed since late March.

“As journalists, I think we’re very driven by a sense of passion and a sense of purpose, and we have ideals about the types of stories we want to be covering,” he says. “And if we are unable to make a living doing that, it can be extremely frustrating and demoralising.”

One potential silver lining, O’Reilly observes, is that travel restrictions and border closures may encourage photo editors to hire locally instead of flying someone in. O’Reilly has already figured out a way to make the most of his Carmignac project by launching ‘Congo in Conversation’, a collaboration with a team of Congolese photographers who are documenting their own communities in accordance with local travel restrictions and social-distancing procedures. 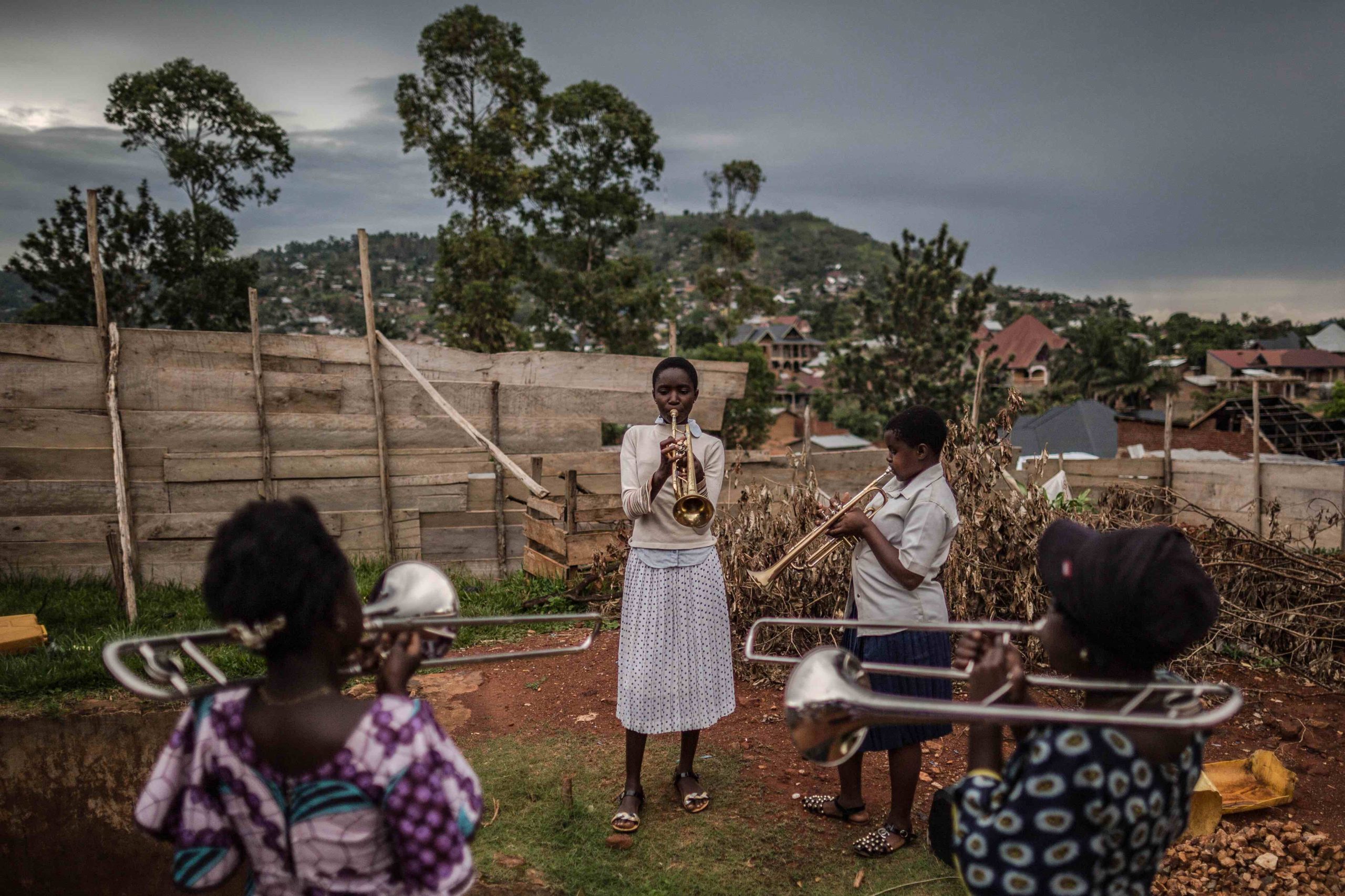 While covering the Ebola outbreak in Congo, May 2019, I stumbled across the kind of scene that can momentarily catch you off guard—four teenage girls playing trumpets and trombones in a dirt yard on the edge of a town called Beni. It’s a quiet reflection of daily life amid an unfolding tragedy, and a reminder for us all now in the midst of Coronavirus. – Finbarr O’Reilly

“Editors are finally going to realise that you don’t need to fly someone across the globe to do a story in the Philippines or in Nigeria or Zimbabwe,” he says. “You may find that we’re seeing the emergence of a much more representative group of photographers globally who can do this work if they’re given the opportunity and the institutional support to do so.”

That approach has yet to catch on across the industry. The crisis will almost certainly mean a loss of marginalised and underrepresented voices. Journalism — a field that has historically always been overwhelmingly white, western and male — was just beginning to grapple with the need to cultivate a more inclusive community of storytellers. Only about 15-20 per cent of working news photographers are women, and only 12.37 per cent of journalists working in US newsrooms are people of colour. But as budgets dry up, inclusion work is often forgotten.

Women in the US have already been more impacted by Covid-related layoffs than men: for only the second time in US history, women outnumbered men on payrolls at the start of the year. But after accounting for 55 per cent of job losses during the pandemic, women are back to representing 49 per cent of the workforce.

And if opportunities are shrinking for those established in the field, they are all but vanishing for students due to graduate from photojournalism programs. In-person portfolio reviews, workshops and editor meetings are out of the question, along with networking happy hours. The photographers most likely to wait out the pandemic and get their foot in the door will almost certainly be those with financial security, once again excluding new talent from underrepresented communities.

The most pressing question to Oriana Koren, a Black photographer based in Los Angeles, is what happens when photographers from marginalised backgrounds can no longer afford to remain in the business? On issues like representation and consent, they have been the industry’s moral compass, holding the community accountable.

“A plague should not have caused us to want to have conversations about the ethics of our industry,” Koren says. “That should be a preoccupation of any artist at a high level. And it concerns me that that is not the case in our industry.”

One bright light in the darkness of 2020, at least, has been the grassroots organising from photographers supporting one another. The Authority Collective launched a mutual aid network to support their women, trans, and gender non-conforming POC members, Diversify Photo ran a print sale to benefit photographers of colour, Women Photograph raised money for an emergency fund for women and non-binary photographers. While there needs to be more support, accountability, and openness from gatekeepers to foster a healthy photojournalism industry, these growing acts of solidarity are a start.

“I’m hoping that post-Covid mental illness isn’t stigmatised, that it’s something people can talk about openly, and that our industry will do the work to educate itself and figure out what it can do in order to support freelancers who are suffering trauma and mental illness,” Koren says. “It’s more people than you think.”

Daniella Zalcman is a Vietnamese-American documentary photographer based in Paris. She is also the founder of Women Photograph, a non-profit working to elevate the voices of women and non-binary photographers worldwide. Follow her on Twitter.

Linkedin
RELATED ARTICLES
OTHER ARTICLES
After news broke last week around an expected reversal of the 1973 landmark law that made abortion legal in the US, protestors gathered in the UK in support of American women.
The government’s failure to take long Covid seriously has led to the formation of a group campaigning for the thousands of forgotten victims of the illness.
Following the release of his newly republished 1991 book, Redheads, the American photographer reflects on his celebration of ginger people and their magnetic power.
Following the release of his latest album God Don’t Make Mistakes, the rapper talks horror villains, police brutality and being unafraid to show his vulnerable side.
To mark the anniversary of the mass trespass of Kinder Scout, a group of hikers came together with the intent of creating a new, fully inclusive culture for rural spaces.
From the Yakuza to a biker gang, Bruce Gilden recounts capturing Tokyo and Osaka in the ‘90s.