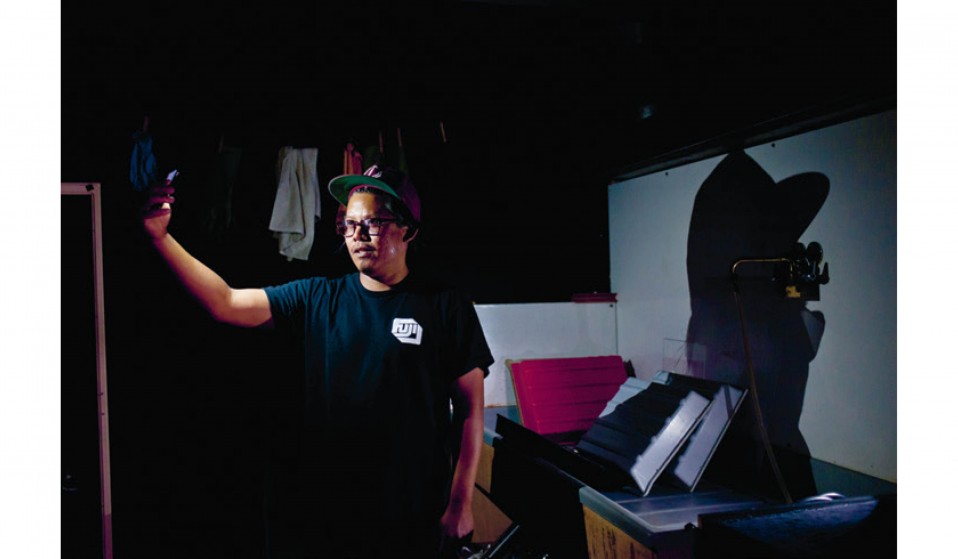 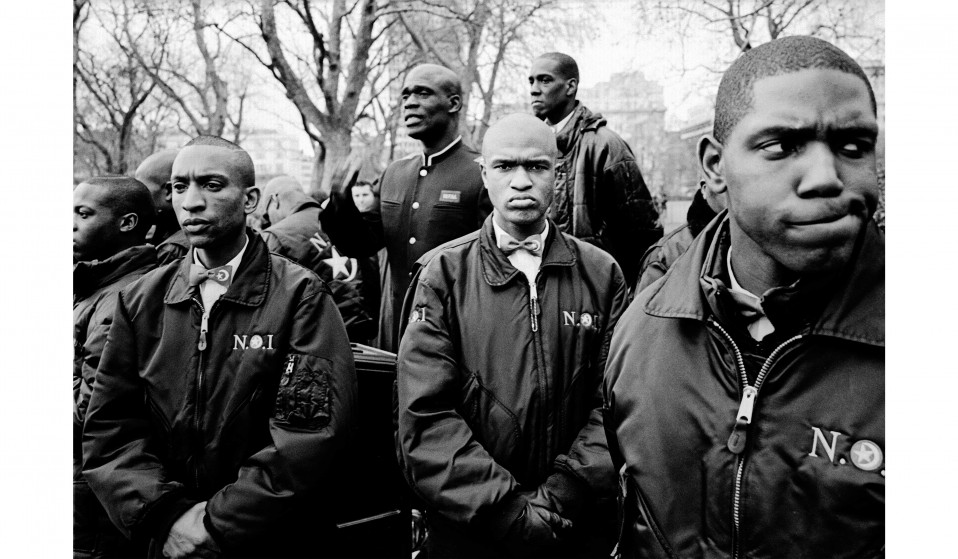 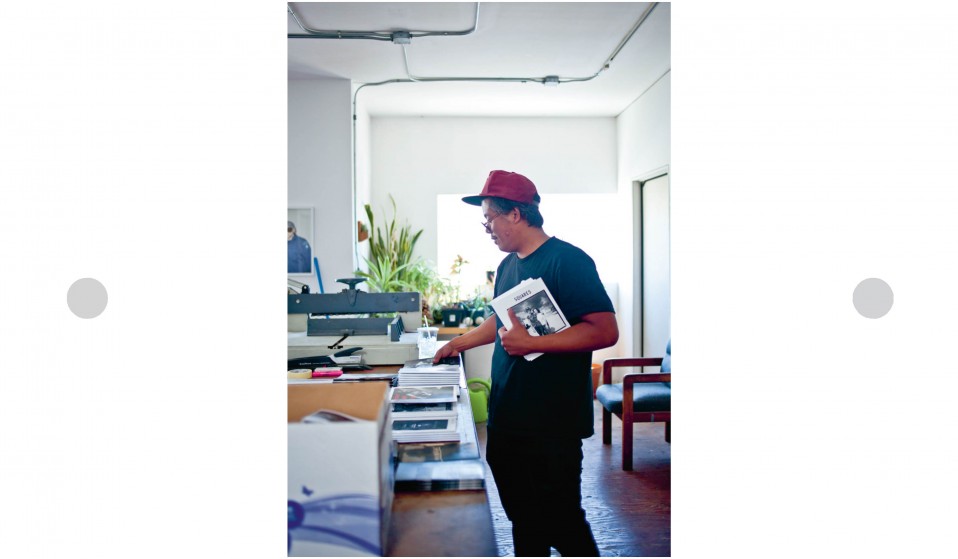 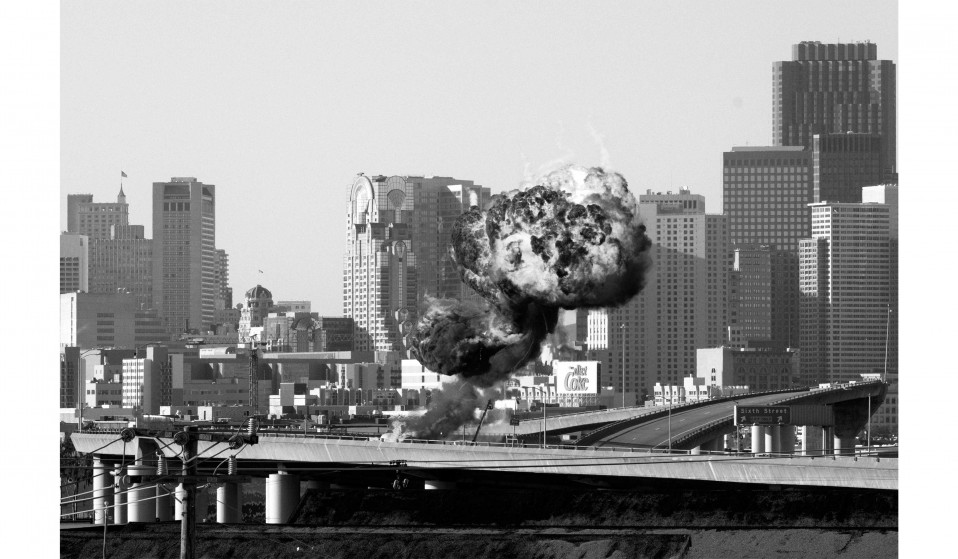 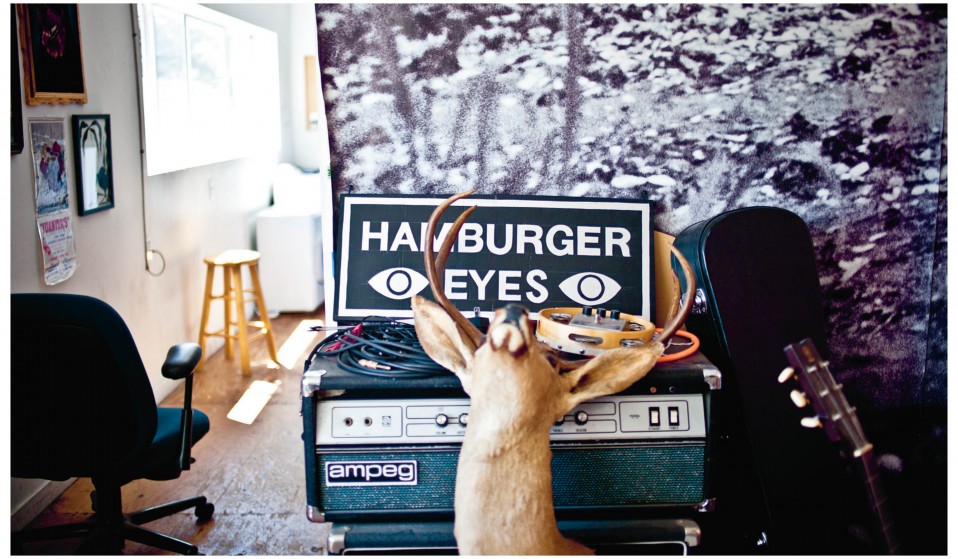 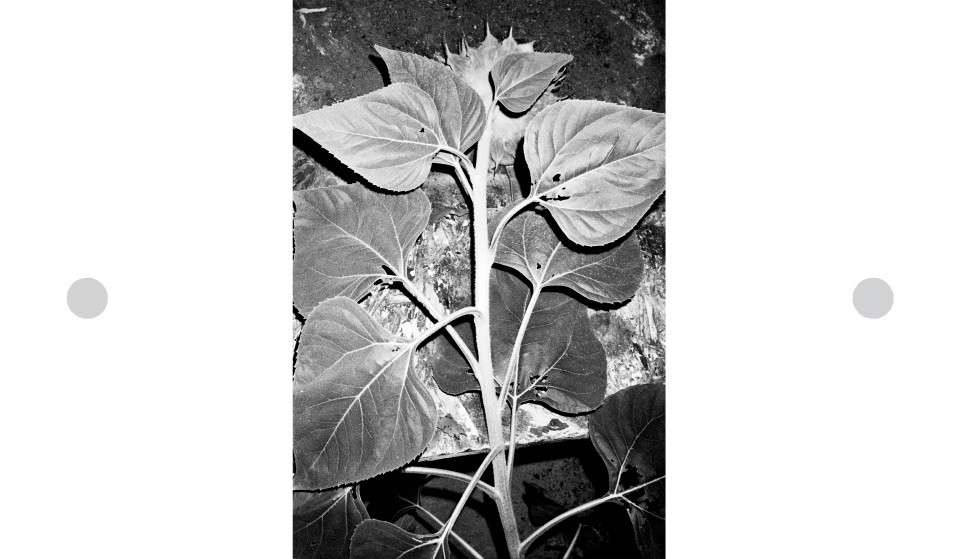 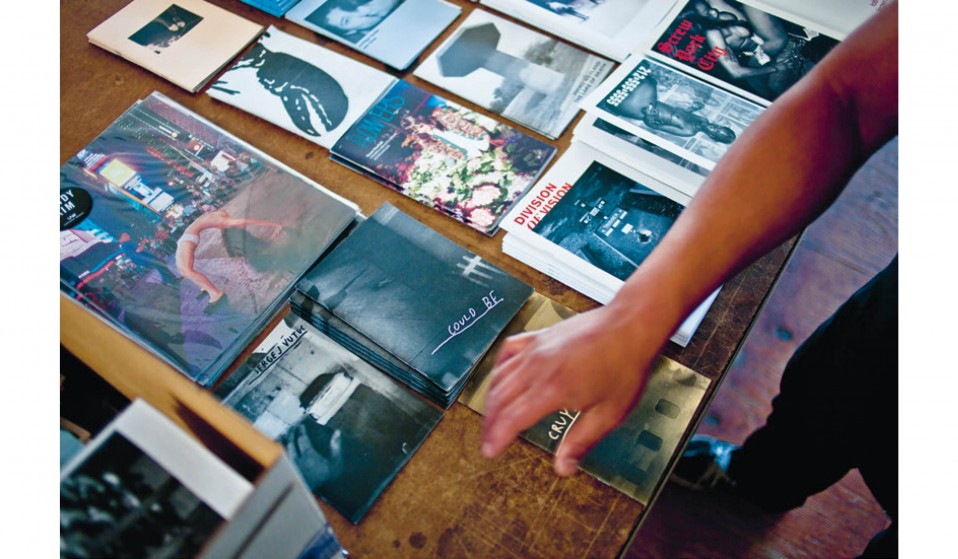 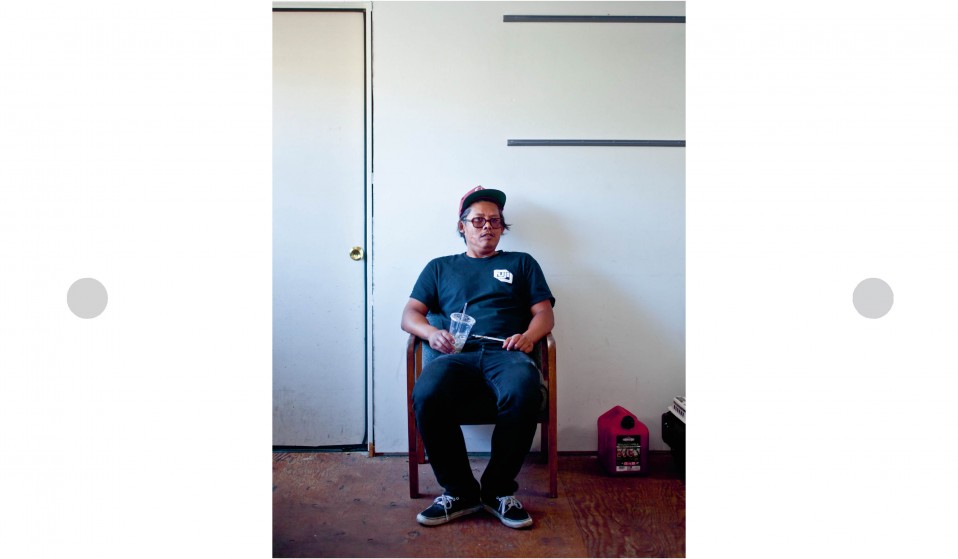 From a dark den in the Mission District, photographer Ray Potes is capturing life in stark black and white.

From a dark den in the Mission District, photographer Ray Potes is capturing life in stark black and white.

I can barely see three feet ahead of me, walking through the bright red metal door at Hamburger Eyes Photo Epicenter. Dodging skateboards, shoes and broken old photo equipment, I take slow, small steps and climb the stairs towards the sunlight shining from the second floor. “PG & E turned the power off this morning. I guess someone forgot to pay the bill,” says photographer Ray Potes, the mastermind behind this ramshackle hub of creativity. It doubles as the headquarters for Hamburger Eyes, the indie publishing house and bi-annual zine, and is one of the few remaining photo labs left in the city.

Minutes earlier I met Potes in a narrow back alley in San Francisco’s Mission District where garage doors are adorned with neon pink graffiti pit bulls and lime green skulls. Riding his skateboard, avoiding asphalt cracks and trash, he led me to the studio’s entrance. This has been his base for seven years – developing photos, making zines, hosting parties and shows – and he can’t imagine being anywhere else.

“It’s weird,” says Ray. “I never set out to be an independent publisher, or a zine dude. It just happened. And every time we think it’s going to be the last time we publish, something happens and it just picks up again.”

“In suburbia, when you get into something, you get way into it.”

Growing up in a northern suburb of San Diego, Potes honed his photography skills and stapled together skate and music-inspired zines for his friends. In high school, he worked the graveyard shift at Kinko’s, getting busy with copy machines at three in the morning and churning out sacred content in monochrome print. In 2001, he and his friends came up with the beloved title Hamburger Eyes, their term to describe “the look girls flash at guys”. He made thirty copies of the first issue.

Today, Hamburger Eyes is on its fifteenth issue and the momentum keeps rolling. “In suburbia, when you get into something, you get way into it,” says Ray about his youth. “I noticed my friends who were guitar players were so good at playing guitar. My friends that skated were so good at skateboarding. My friends that surfed, were so good at surfing. It’s the same with photography. You just get way into it. In the city, there are a lot of distractions and there is so much going on all the time. Living in suburbia, I had more time and was bored. With that boredom, I found something to work on.” 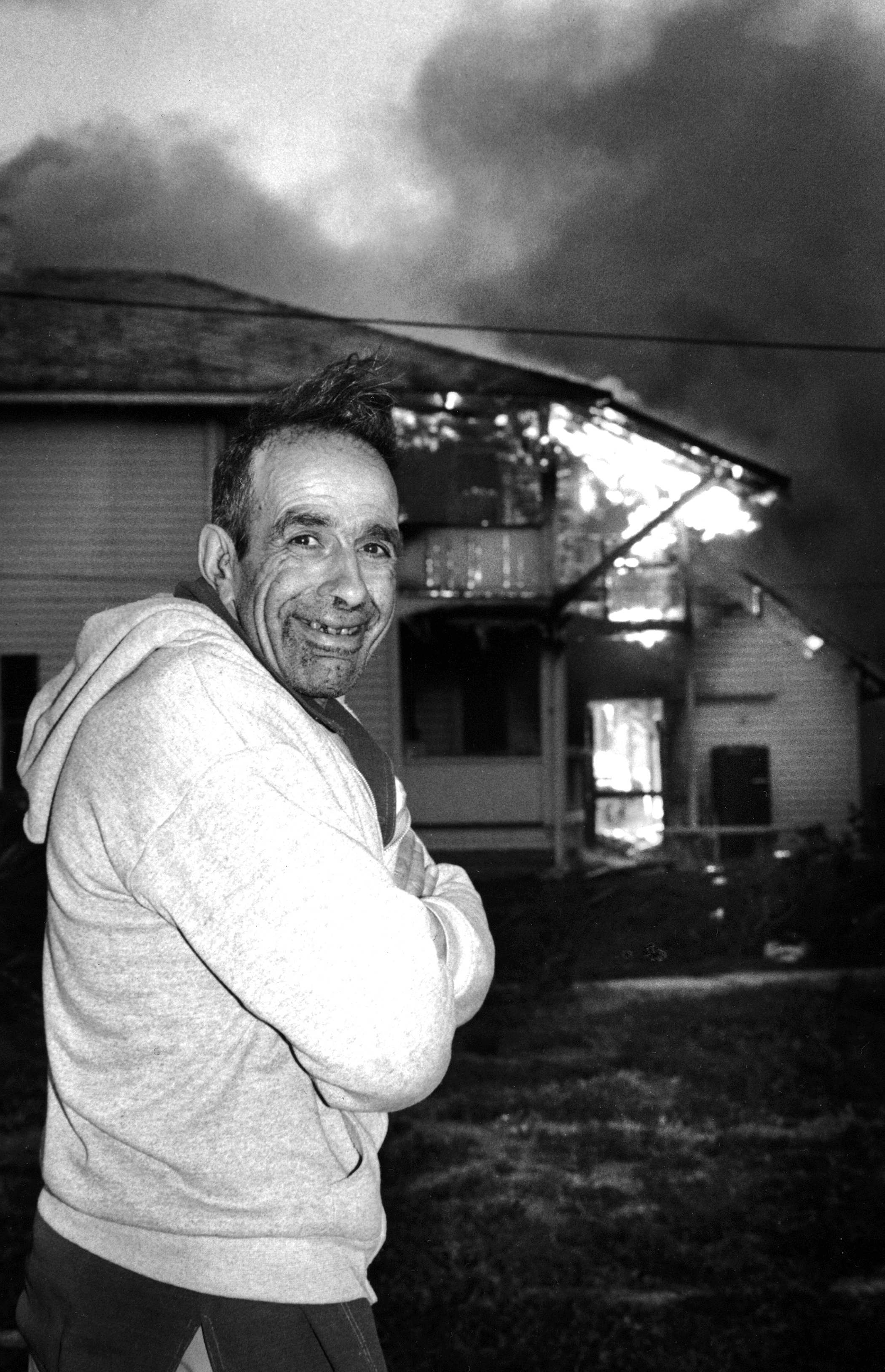 He gives me a tour of his 2,500 square-foot studio, equipped with darkrooms for eight individual renters, a broken colour processor from the 1980s, a practice corner complete with guitars and drum set, and crap everywhere in-between. There’s a life-sized stuffed alien, a bachelor’s saggy old couch, crumpled papers on the floor, photos in frames, photos tacked on the wall – photos all around. The only light shines from the five or six windows in the lab. Everything else lies hidden in the dark.

Hamburger Eyes, the zine, is a hands-on enterprise. “We print it, cut it and bind it all here at the studio,” Ray explains. “If you add it all up, we don’t get that much money – adding up the cost, versus how much came in, versus how many zines go to stores – it’s really not that much dough, if any. But it’s knowing that those 300 zines are gone and are on people’s bookshelves – that’s the payoff.” 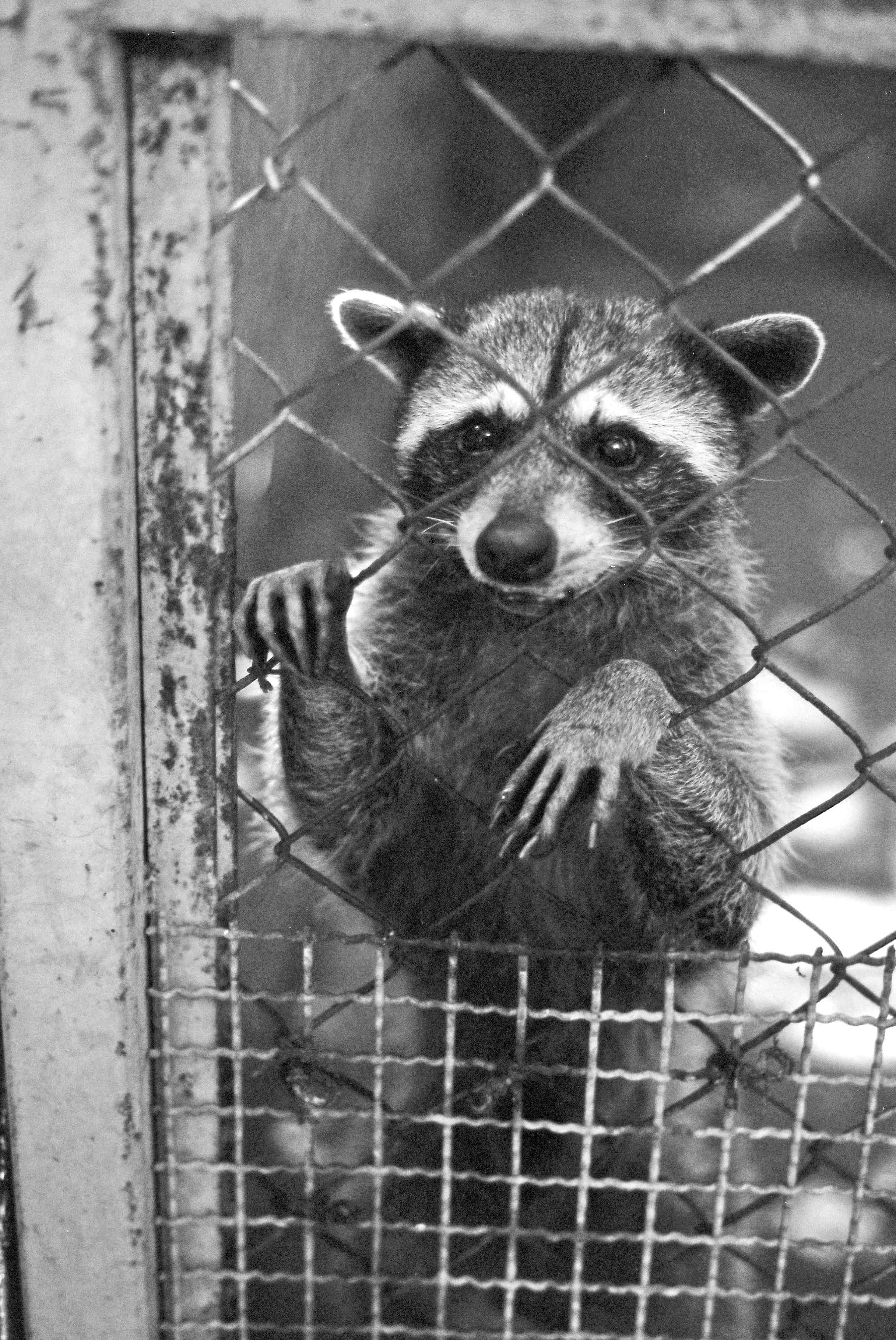 Ray has the place to himself most of the time. Occasionally friends stop by and help glue books together, or jam, but the once bustling studio has calmed down. The cops stopped coming around to shut down parties, and his only regular company is the renters that come and go through the darkrooms.

Hamburger Eyes receives submissions from photographers all over. Compiling the content for each zine, Ray says, is the best part of publishing: “The photographers I like the most are the ones who shoot the most. I like the idea that they’re shooting all day. They’re creating time to make that happen.”

He and his brother, David, contribute a few of their own photos, but most of the zine is a collaboration of photographers across the world. They are exclusively black and white and often very confrontational – a woman’s bloody nose drips into her mouth, a fat man’s balls dangle beneath his sarong, women ride elephants in their bikinis. They’re provocative yet sweet, unsettling yet intriguing, telling the story of neighbours and friends out on the sidewalk trying to get by.

“We’re always getting photos in, and that’s another reason issues keep coming out,” says Ray, easing back into his chair. “So many photos are coming in, they’re building up and I just gotta get them off of my computer and out there in the world.”

Perhaps Ray sees himself in his subjects, in that world. Maybe his own unchecked suburban trajectory has unavoidably landed him in the bipolar warzone of San Francisco’s Mission District, where obscene startup affluence clashes with destitution and everything in-between.

“I’m just trying to survive,” says Ray. “That has pretty much always been the case, wondering how we will get the next issue out there.” 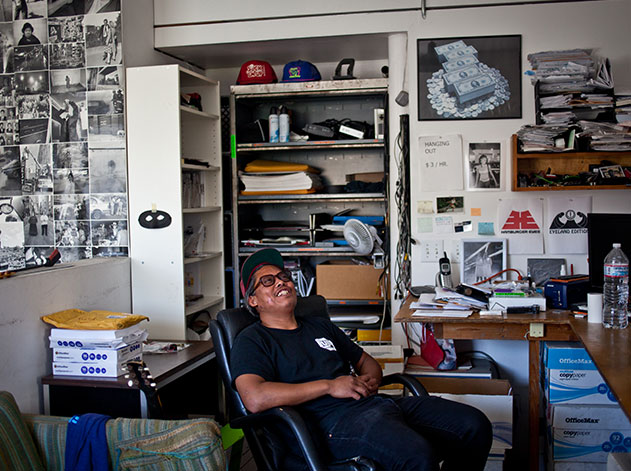 Linkedin
OTHER ARTICLES
Alternating between colour and black-and-white, the photographer chronicled sexual liberation, economic crises and the repercussions of the war in Vietnam.
Hackney Bumps is a DIY sanctuary in the heart of East London, home to a thriving diverse community of skateboarders – and beyond.
The photographer describes taking inspiration from Magnum photographers to craft an intimate and revealing portrait of the city.
As the cost of living crisis bites, letting go of treats to keep us going is proving difficult – but we should’t just blame ourselves for our financial worries.
In North Carolina, people are living near to Duke Energy’s Belews Creek Steam Station, where toxins are pumped into the air, water, and soil.
Through stills, anecdotes and film criticism, a new book examines the portrayal of women’s destructive emotions, reframing it as a challenge to patriarchal structures.