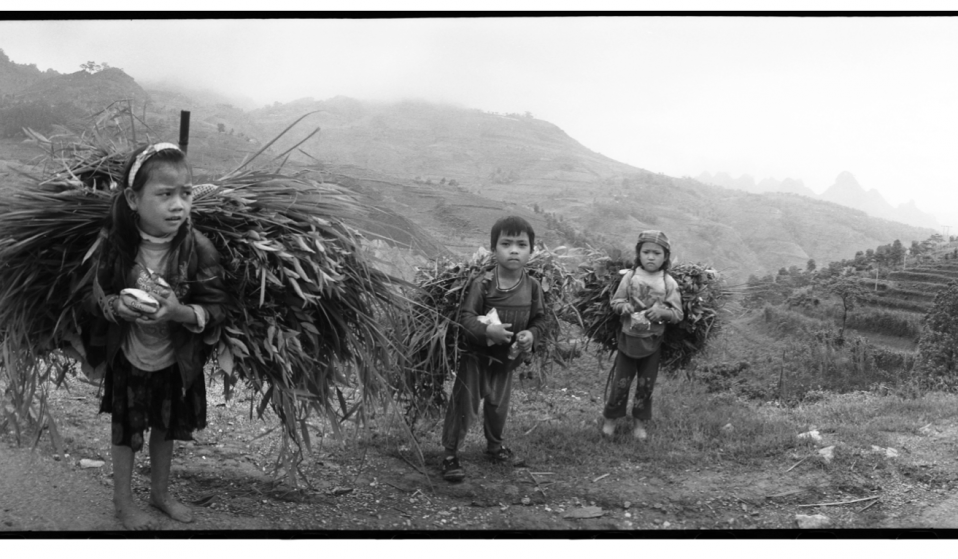 Photographer Greg Funnell on the little-known Japanese camera from the 1940s that produces amazing results somewhere between a moving and still image.

Photographer Greg Funnell on the little-known Japanese camera from the 1940s that produces amazing results somewhere between a moving and still image.

Ever since I was a kid, I’ve always been fascinated with the concept of the camera – an object small enough to put in your pocket that has the ability to capture and freeze a moment for eternity. A few years ago I was killing time on a rainy afternoon in one of London’s last-standing bookshops and I spied a book by a photographer that would change the way I thought about the power of the image forever.

In the introduction, the photographer explained that the images in the book, photographed over a period of twenty years, had all been shot at 1/250th of a second. This meant that images that represented two decades of his life amounted to less than one second in actual time. He was representing twenty years in less time than it takes to click your fingers. It got me thinking of the randomness of the captured moment, what Henri Cartier-Bresson had always defined as the ‘decisive moment’ – that split second when all elements come together to create the perfect photograph. An image snapped a fraction of a second later, two centimetres to the left or right, would be its own unique moment – a different interpretation of the moment altogether. That has always been one of the great challenges with photography: how, as a photographer, do you go about catching the decisive moment when there are so many odds stacked against you?

A few years after this revelation, I met a man in Hong Kong. In amongst the hustle and bustle and high-rise chaos that defines that city, he offered to sell me a camera that could not only take in a wider panorama than the human eye, it could also capture more than that precious single sliver of time – and deliver it all in a single frame. This little-known Japanese camera from the 1940s, a heavy hunk of metal made up of cogs and springs, was known as a Widelux. The camera itself has a revolving lens which, when you press the shutter, moves from left to right across the frame, capturing 140 degrees of view onto standard 35mm film. Because the lens moves (taking a full two seconds to move left to right on the slowest shutter speed, creating 1/15th second exposure) it’s not actually catching a single moment in time. In effect, the camera becomes something unique, somewhere between a stills camera and a movie camera – yet it still gives you a single frame.

For me, photography is a way to explore and discover the world around me – it allows me to be curious, to ask questions and then to present my discoveries to others. I want my images to capture an essence of something – a feeling, an emotion – because I think that’s the best way to communicate ideas and opinions; you need to engage the gut to engage the brain.

Linkedin
RELATED ARTICLES
OTHER ARTICLES
As Ukraine erupted in conflict, Brendan Hoffman jumped on the next flight – confronting his own shattered reality in the process.
After being wounded in an attack in Libya that killed photojournalist Tim Hetherington, Guy Martin turned his back on political unrest. Until it tapped him on the shoulder in the city he calls home.
Jason Larkin's new photobook captures a portrait of Johannesburg's fractured plains.