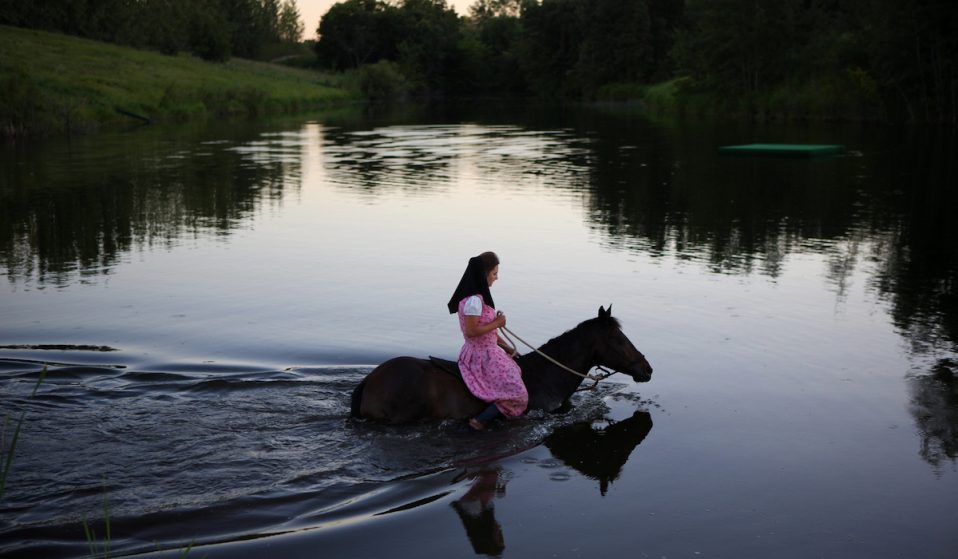 Since 2009, photographer Tim Smith has been documenting the Hutterites in the hope of challenging the stereotypes surrounding this community.

Since 2009, photographer Tim Smith has been documenting a small Christian sect in the hope of addressing the stigma and stereotypes which surrounds this community.

Along with the Mennonites and the Amish, the Hutterites – founded in the 16th century – are one of three major Christian Anabaptist sectarian groups surviving today. Their 50,000 members almost all live in Western Canada and the upper Great Plains of the United States, and they remain – to different degrees dependent on the colony – distanced from mainstream life and society.

Growing up in Canada, photographer Tim Smith was aware of the Hutterite community from a young age, but knew very little about their culture. His first encounter with the community took place in 2009, when Smith stumbled on some Hutterite women wearing the traditional long apron dresses and head coverings, and asked if he could take their photo. 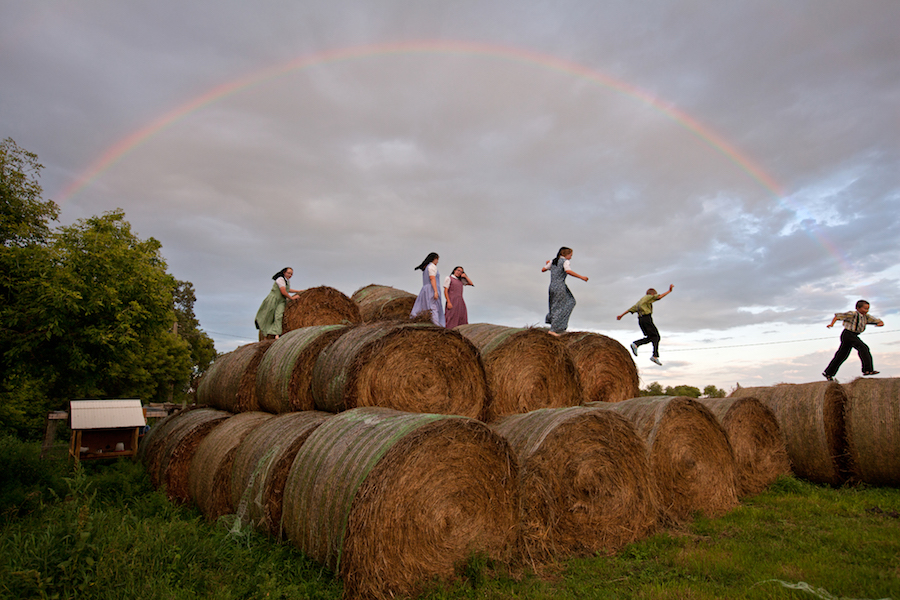 “I started building connections, getting to know people, and building relationships, so that I could come back and take more photos,” he explains. Now, over 12 years later, Smith’s project documenting the Hutterites is still ongoing. Last month, the series appeared in Coming of Age, a group show held as part of Belfast Photo Festival.

According to Smith, while there have been some attempts to document this community before, only a handful of photographers have been successful. How much access Smith was given depended on the colony: “Some are weary of photography, but for the most part, people have been very welcoming. Or at the very least, just kind of indifferent,” he explains. “The Hutterites don’t shy away from telling me what they think. They’re very outspoken.” 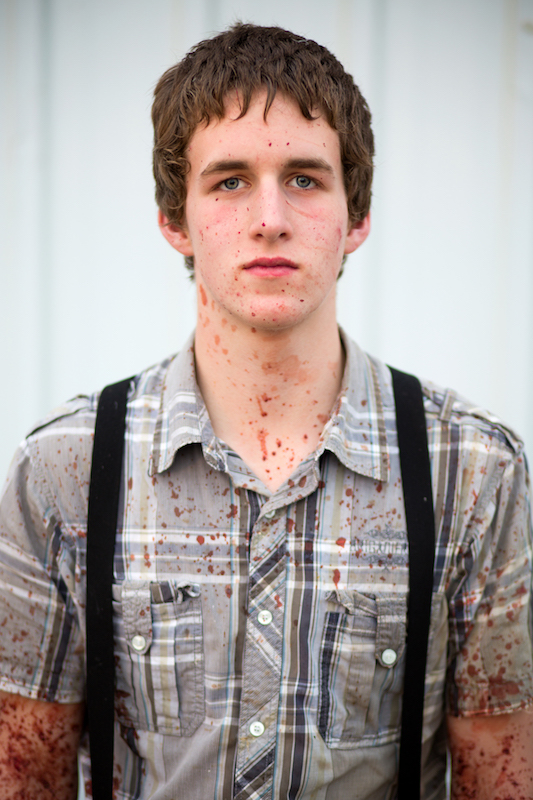 There’s a good reason as to why Hutterites are careful about who they allow to photograph them. “Hutterites are very aware of and sensitive to stereotypes about their communities, which are often derogatory and dismissive,” he says. “They’re looking for representations in the outside world that don’t further these stereotypes and don’t present them simplistically.”

There is, indeed, a tendency to see Hutterites as a relic from the past, or as somehow ‘backwards’. However, as Smith points out, “this overlooks the complexity and breadth of colony culture”. The assumption that Hutterites shun all forms of technology is one such mischaracterisation, particularly over more recent years, as the community has been forced to keep up with innovations in farming. Decisions over technology will depend on the individual colony, and in certain colonies, a lot of Hutterites have social media, and while they used to not own TVs, many now watch via their smartphone. 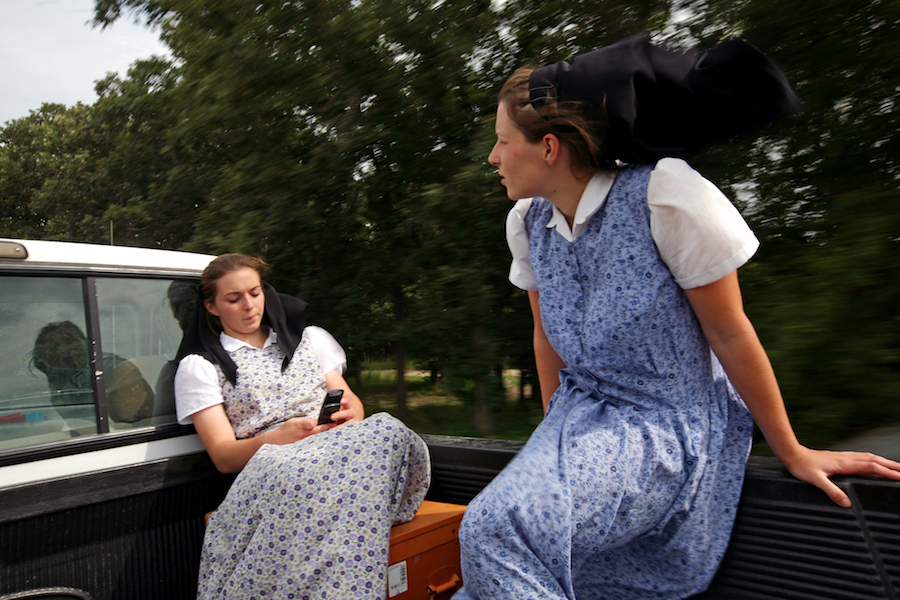 Smith explains: “Hutterite colonies work to balance the traditions that they have developed throughout their 500 year history with the need to be flexible and adapt to aspects of the modern world to stay competitive and viable.”

This need to stay competitive makes sense, given that the Hutterites are a key cog in Canada’s food chain, with colonies operating industrial grade farms that produce grains, eggs, meat and vegetables, which are sold to large distributors and at local farmer’s markets. The colonies are often economically and culturally self-sufficient. As Smith points out: “They’re by far the most successful communal culture in Western society.” 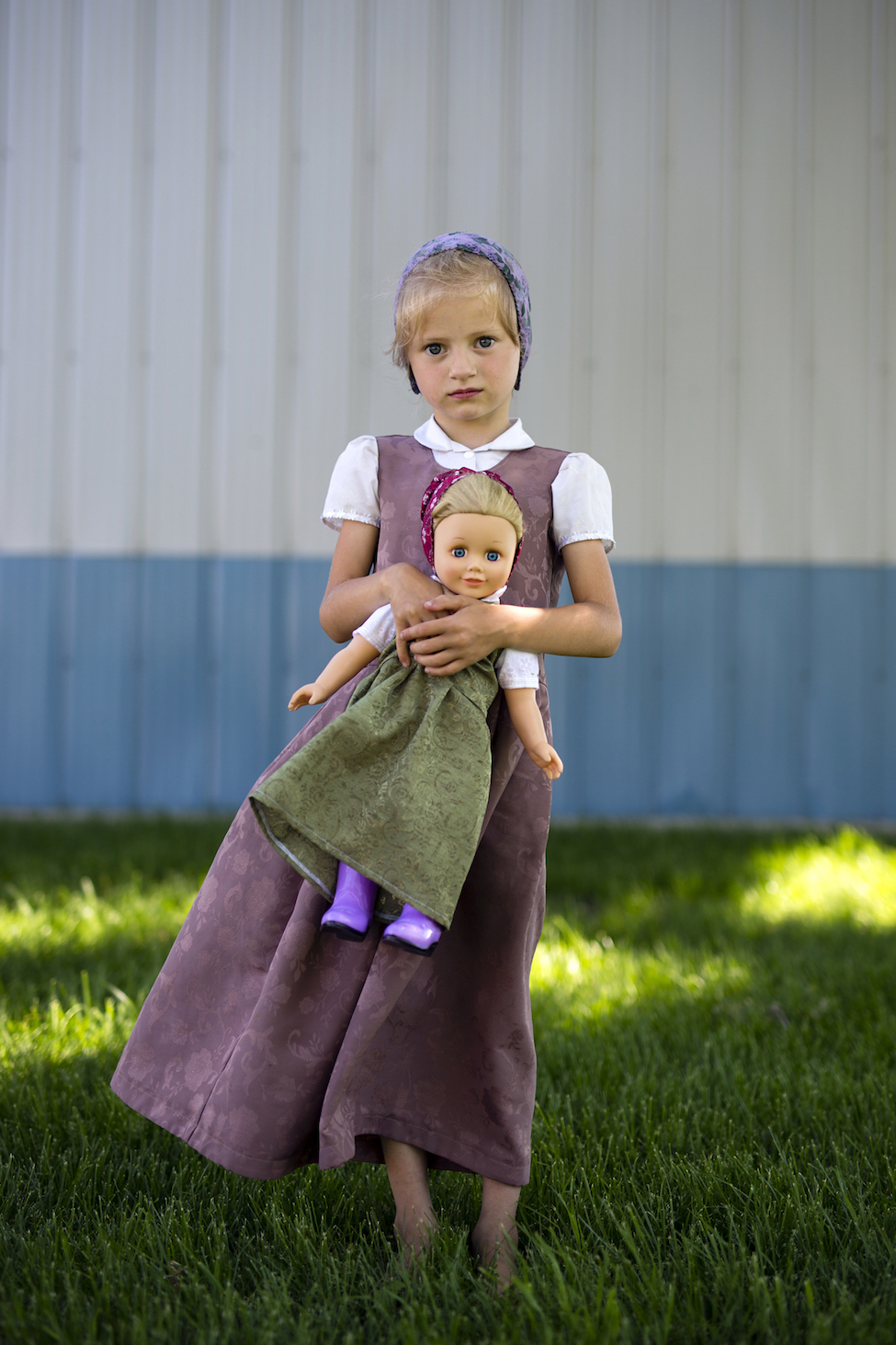 It’s this communal culture that Smith thinks people on the outside could learn from. Because colonies are kept to around 200 people, it fosters connections in a way that has perhaps been lost today: “I think we’re so busy, we’re so tied to technology,” says Smith. “Especially after going through this pandemic, there’s a lot of reflecting we could do on the importance of community, physical connection and simply being outdoors in the world around us.”

But importantly, as well, Smith wants audiences who see his photographs to notice similarities, saying: “I hope people can see connections between this community and their own lives.” 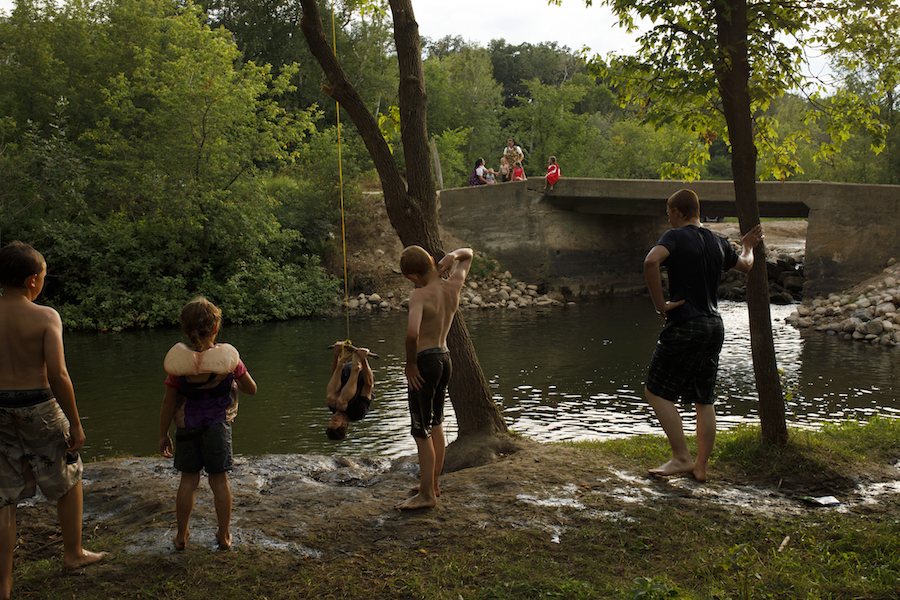 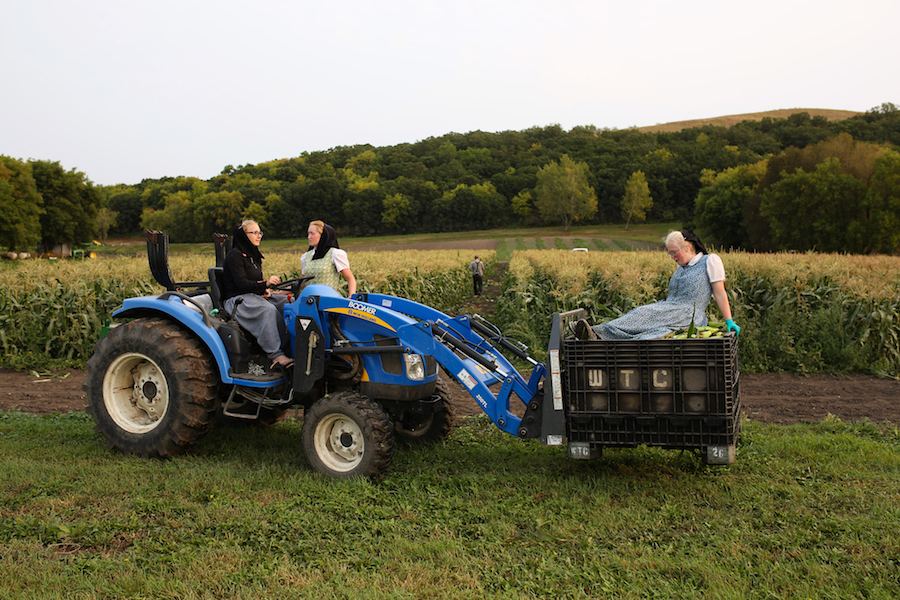 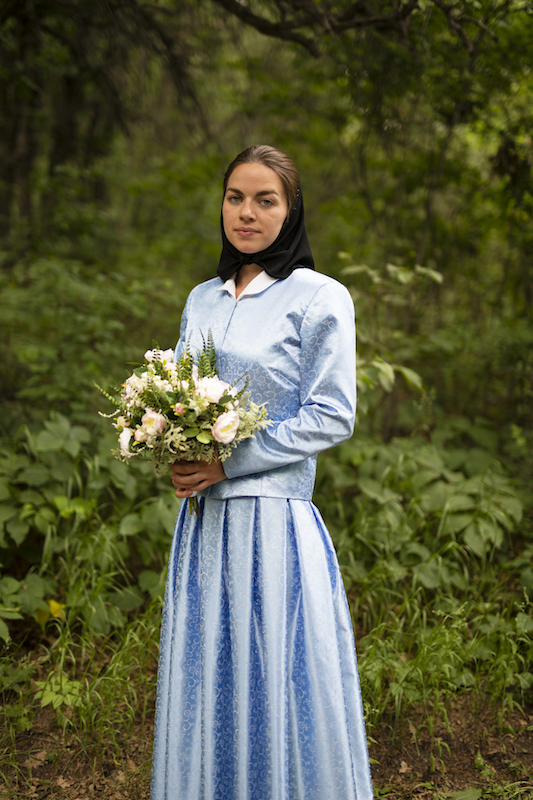 Portraits of Chantel Hofer in her wedding dress, Deerboine Colony, 2018 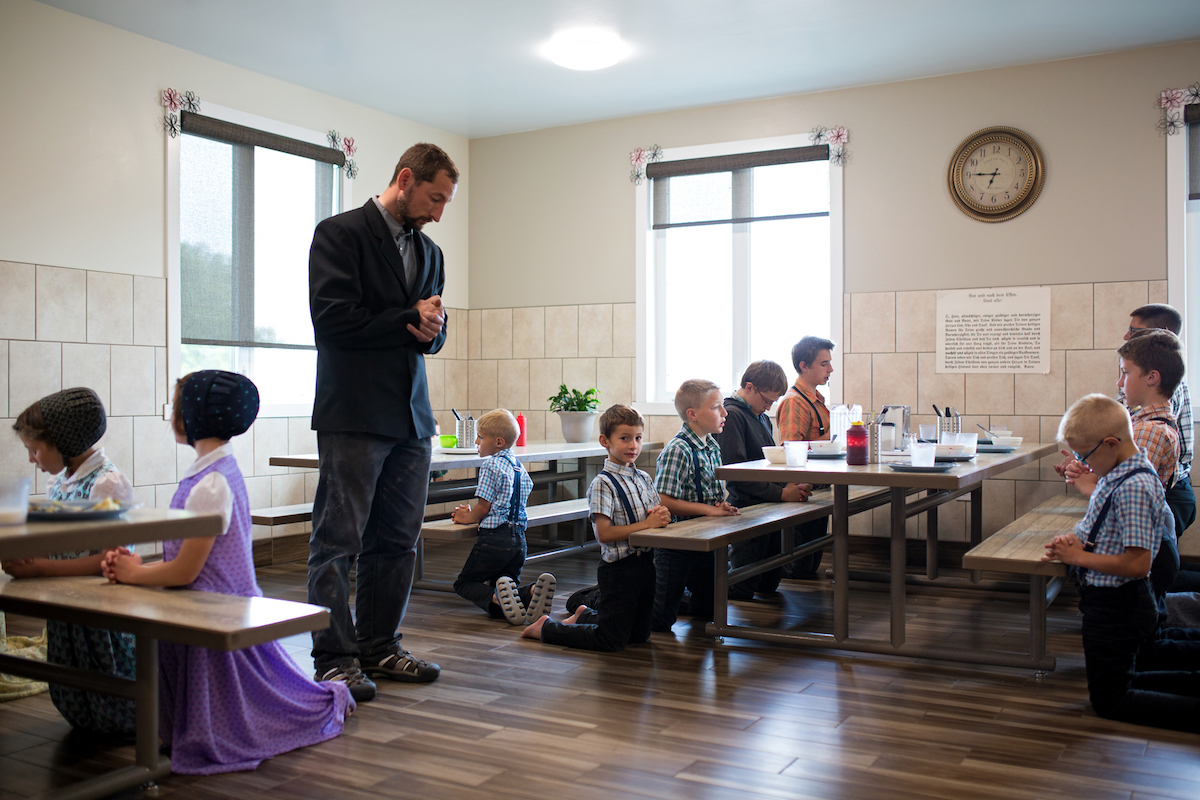 After dinner prayer at the essenschul (eating school) in Deerboine Colony, 2017 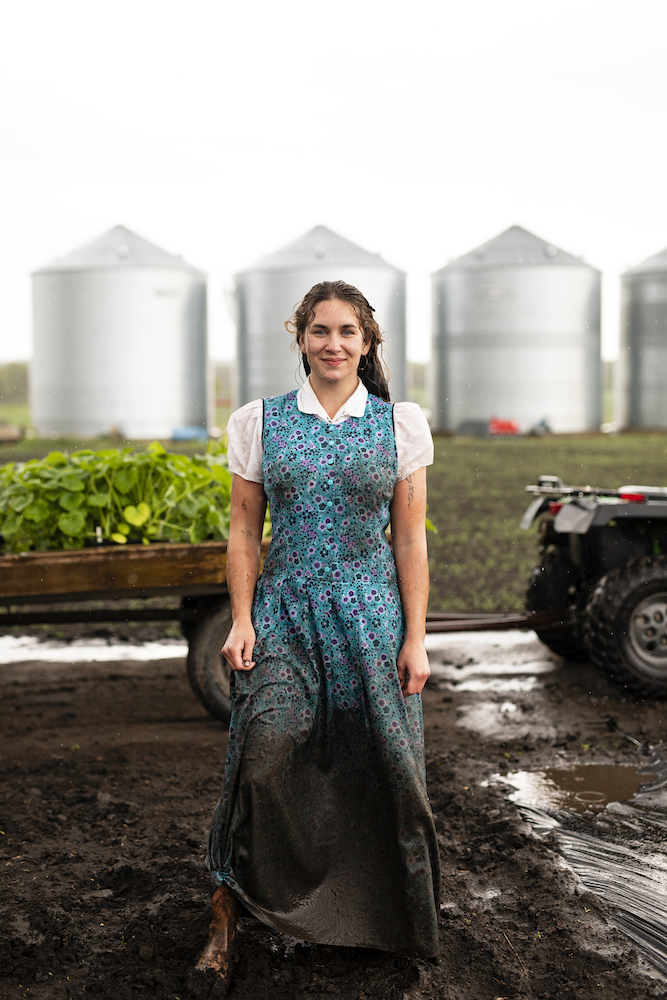 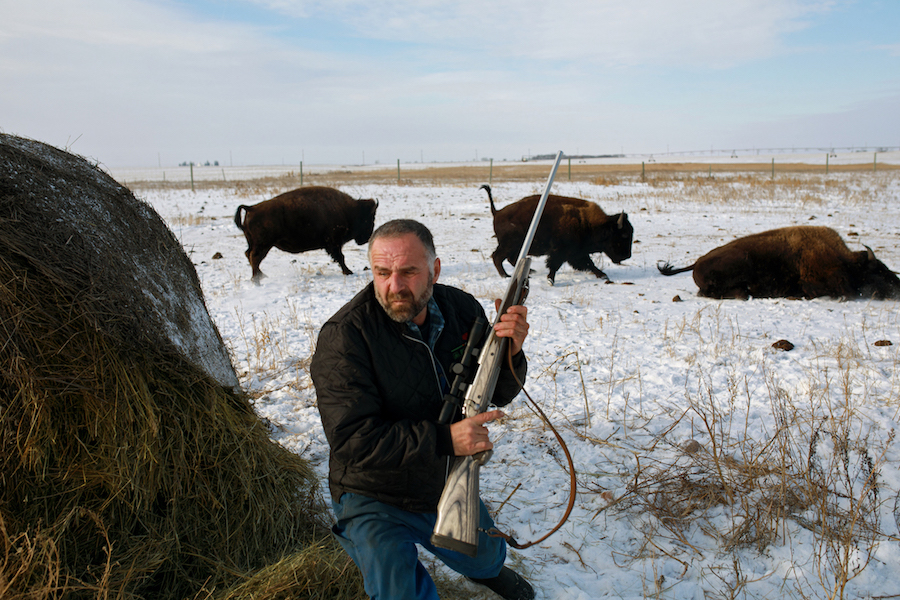 Jack Hofer sprints back to his truck to grab his knife after shooting a male bison, Deerboine Colony, 2018

Linkedin
RELATED ARTICLES
OTHER ARTICLES
Following the release of his newly republished 1991 book, Redheads, the American photographer reflects on his celebration of ginger people and their magnetic power.
Photographer Phyllis Christopher recalls capturing sex and protest at a time when the city had become a haven for the queer community.
Following the release of his latest album God Don’t Make Mistakes, the rapper talks horror villains, police brutality and being unafraid to show his vulnerable side.
Following the success of her debut novel, the Tottenham native is restating her commitment to the place that made her.
Writers Matt Foot and Morag Livingstone explore how four decades of collusion between the government and the police have slowly eroded our right to protest.
After news broke last week around an expected reversal of the 1973 landmark law that made abortion legal in the US, protestors gathered in the UK in support of American women.