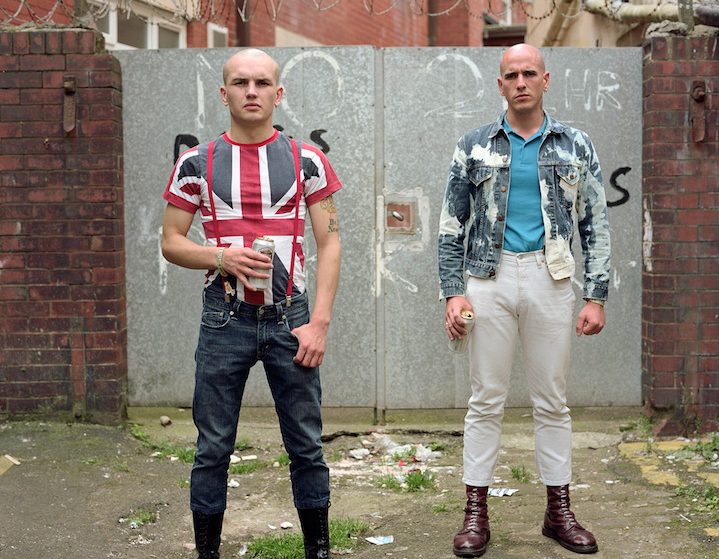 In 1969, skinhead culture emerged on the streets of London’s East End slums and within the newly constructed brutalist housing estates. Alienated from the bourgeois hippie scene that flourished during the ‘swinging ‘60s’, a new generation of working-class youth came of age searching for their roots.

They found inspiration in a uniform look that paired shaved heads and Ben Sherman polo shirts with bleached jeans, Ma-1 flight jackets, and Doc Marten boots. The skinheads – and their ladies known as suedes – revelled in classic English fare: football games, pubs, and concerts. But they also embrace the style and sound of the Windrush Generation of the time, enjoying dub, reggae, rocksteady, and ska music.

But in the 1970s and ‘80s, as a second wave of skins and suedes came of age, the far right-wing organisation the National Front attempted to infiltrate the scene, appropriating their powerful aesthetics while embarking on a series of anti-immigration initiatives. Corporate media, ever ready to vilify the working class, turned skinheads into the boogeyman. 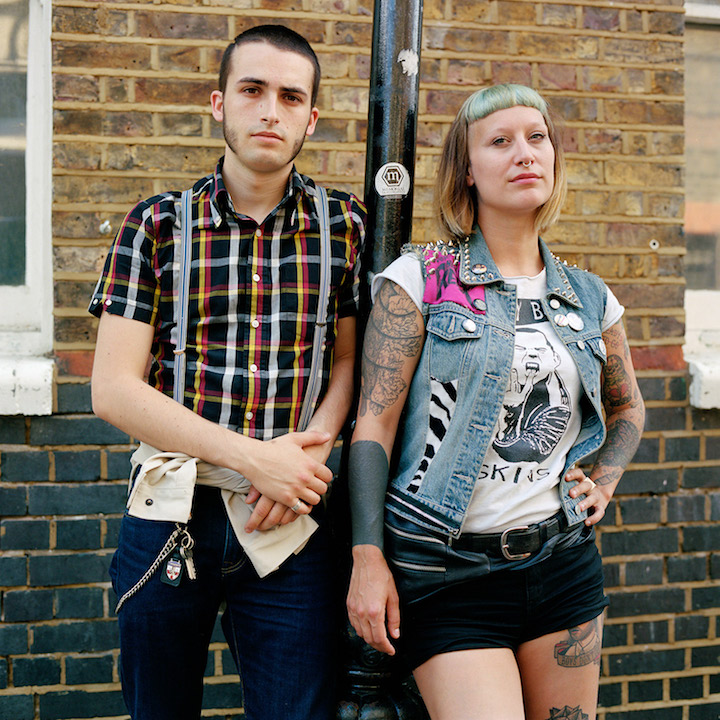 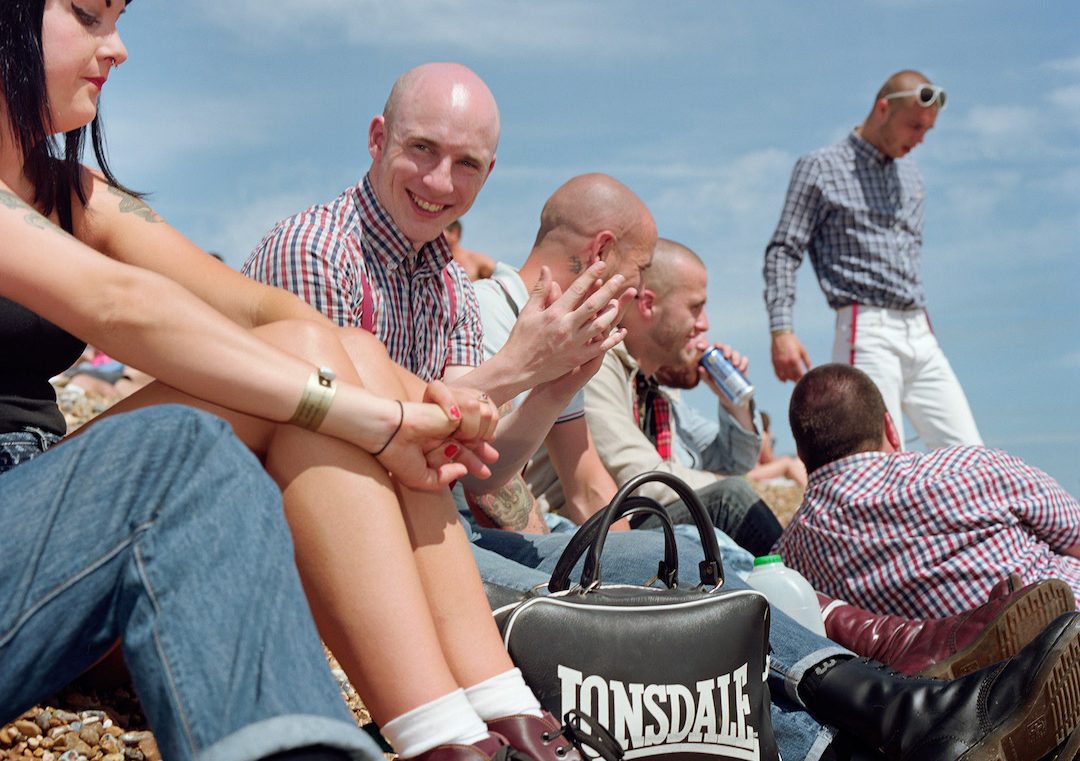 Despite the stigmas, skinhead culture has persevered and continues to flourish to this day. British photographer Owen Harvey, now 31, was first introduced to skinhead culture through his father. “He showed me records and told me stories of when he’d go to Chelsea FC in his early twenties,” Harvey says.

“Skinhead culture has always fascinated me because it’s complex and has many factions to the look. I was certainly interested in people’s dedication due to their heritage, how their group becomes like their extended family and such a big part of their identity.”

In 2014, Harvey embarked upon Skinheads and Suedes – an ongoing photography series that began with a commission from Fred Perry to document a local event for their website. Like Harvey, many of his subjects were introduced to the scene through their parents. “There is a connection that is quite deep. It’s about maintaining something linked in with their family and heritage and keeping it alive,” he says of his subjects, most of whom are ages 16 to 30. 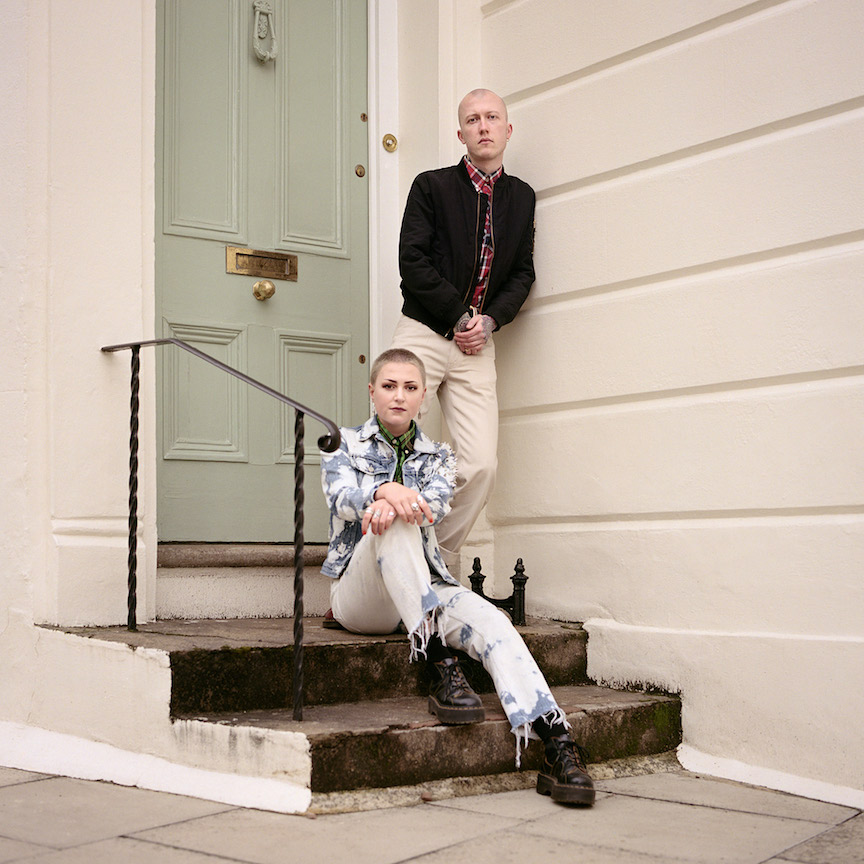 Working intuitively, Harvey selects subjects that have what he describes as “a sense of charisma. I usually do a lot of trawling online for people I think would be suitable for the series. Sometimes, it’s through going down to events and being introduced to friends of friends.”

In Harvey’s photographs, his subjects pose with pride, showing the enduring power of a culture that continues to fight for itself. “Young anti-fascist skinheads are very aware that the media mainly focuses on right-wing skinheads and projects the skinhead look as something to be feared,” Harvey says.

“What I found was a group of people who were interested in celebrating their heritage, who welcomed me and others around them with open arms – and who could still dance a lot better than me, even when they had 12 pints of cider in them.” 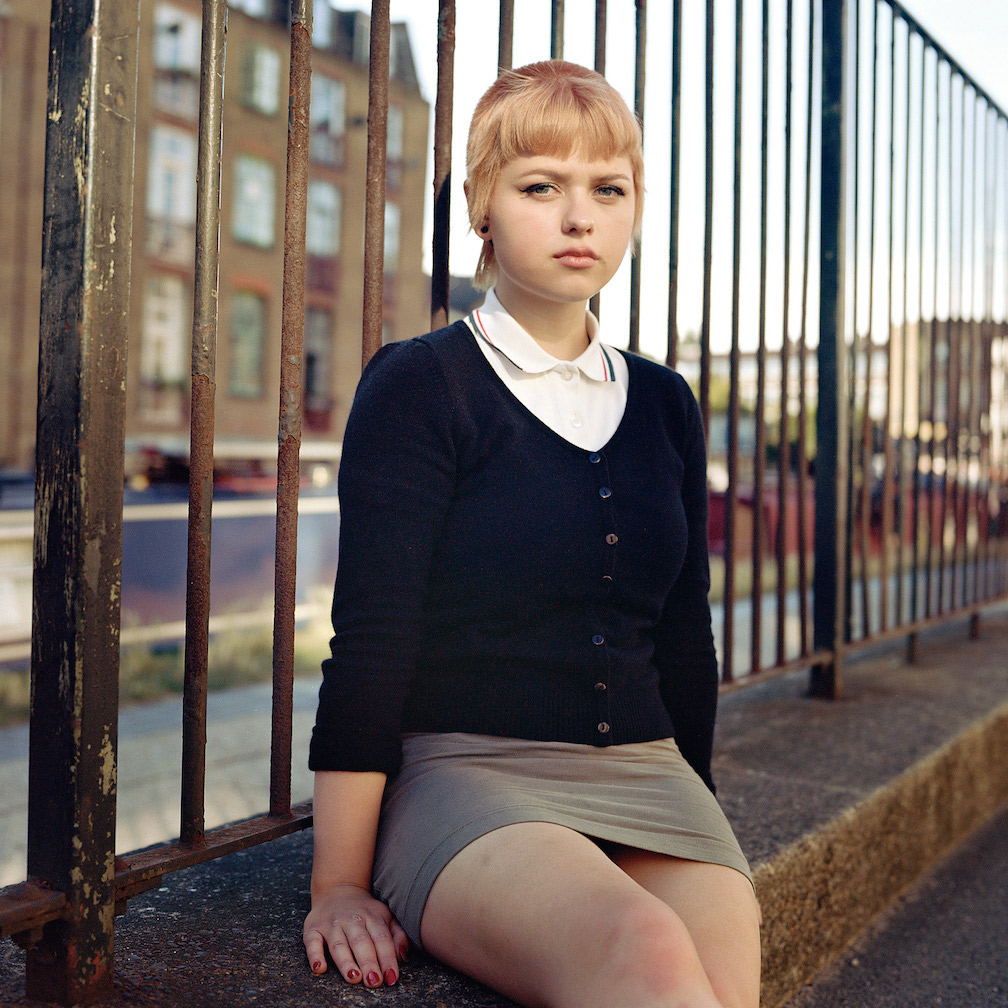 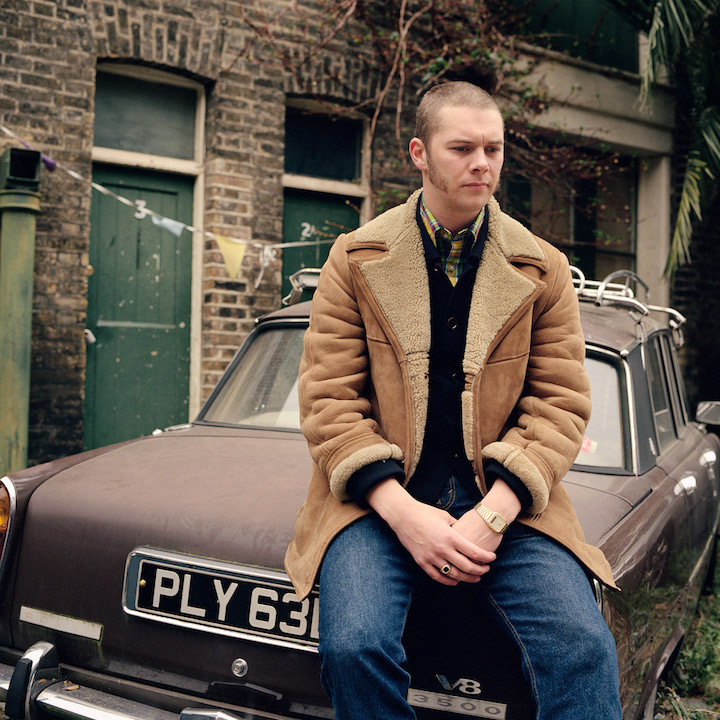 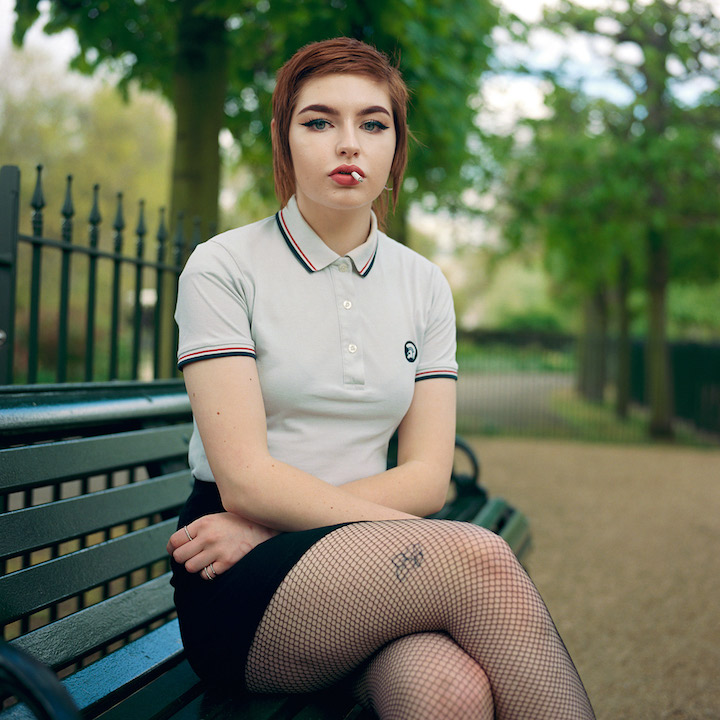 Linkedin
RELATED ARTICLES
OTHER ARTICLES
The first-generation graffiti artist reflects on the tagging’s emergence as an art form and the players who pushed the medium forward.
A group of aid workers face prison for helping to save people fleeing their homes at sea. If they are charged, it will have a chilling effect on humanitarian efforts.
David 'Dee' Delgado’s photo project is about honouring and uplifting the city of his youth, and a world rapidly disappearing under the relentless onslaught of gentrification.
Taking us through one of the most dynamic years in recent history, Laylah Amatullah Barrayn new photo book contains tender yet confrontational portraits.
Activists and campaigners are fighting back against new laws that would seriously undermine the ability to take industrial action, calling it an attack on fundamental workers' rights.
From snake handlers to mardi-gras revellers, Tom “TBow” Bowden’s photos provide a snapshot of the wonderful and weird people who make up America.