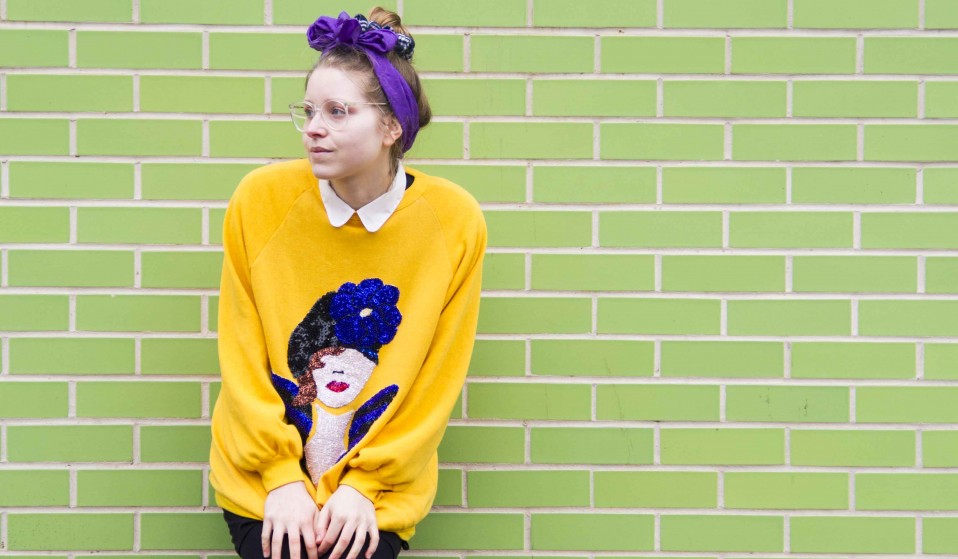 Jessie Cave documents the last four years of her life in doodles to be released in a new book Love Sick.

Jessie Cave documents the last four years of her life in doodles to be released in a new book Love Sick.

She rose to fame as Lavender Brown in Harry Potter, but Jessie Cave has blossomed into a true polymorph: artist, actress, comedian and writer.

It all started when she began posting a drawing on Twitter every day, four years ago. What initially started as an impulsive post became a “neurotic diary about dates and relationships, unrequited love and all that”, and before she knew it Cave had a catalogue of life experience.

“I started doing one almost like a diary entry, and I just kept going. It’s been kind of an OCD thing,” Jessie laughs, “I’m really happy that I’ve done that because now I can look back and really relate to that period of my life. It’s quite nice to do I think.”

Now, at 27, she’s bundling her doodles onto her first book, Love Sick, released this July. “There was definitely the question of: they’ve already been online and a few of them are on my website, what’s the point of having a book?,” Jessie says, “But whenever I like something I always want it in real form if I can get it. And I love art books and coffee table books. [Love Sick] is a really nice size, you can kind of imagine it in your handbag.”

The book focuses on love and the different stages of a relationship. “It’s about the pining, the unrequited stage, and then when you’re in a relationship, the monotony and the boredom, the stage when you want to break up… it goes through the whole proces. It’s quite cynical,” she laughs, “it’s not rose-tinted at all.”

Jessie hasn’t been idle these past years. Following her breakthrough role in the Harry Potter franchise she starred in Great Expectations (2012) and Pride (2014), was part of several theatre productions, had her own comedy show at Edinburgh Fringe Festival, and starred in the E4 series Glue. She also runs her own website, PinDippy.

Juggling various artforms, projects and ambitions, Jessie isn’t shy of of a challenge when it comes to organisation. “I’m quite good at multitasking. I’ve got a lot on my plate at any one time, but that’s how I prefer it, really. I’m quite good at ideas. That doesn’t mean that I follow them through, but I think I’m always going to have a running queue of things to say.”

Has she ever felt the need to prioritise things? Though she practically fell into it, acting isn’t her main concern. Rather, she pursues the projects she loves and makes the most of the opportunities that arise. “I started off at art school and I ended up acting because I needed to make money. I didn’t think I would end up doing actual acting, I thought I would just get shaving cream adverts [laughs]. Within three auditions I had an audition for Harry Potter, so I had a completely random way into the business.

“Drawing is something I’ve always done, it’s my reason to be, so I definitely feel like more of an illustrator than I am anything else. The comedy side of things happened very naturally, I feel like if I hadn’t have gone into acting, I would’ve ended up doing something with my drawings and performance. It feels very natural now, but I couldn’t have predicted the route here.”

She had a baby six months ago, but there’s little sign of her slowing down anytime soon. If anything, it’s made her more creative. “I felt my pregnancy was a really interesting period of time because I felt more productive than ever. I think it’s made everything better, it hasn’t made me change at all my wanting to work. I think there’s a belief that you have a baby and you slow down, which I don’t believe in at all, I think it’s rubbish.”

Indeed, the future is looking pretty jam-packed. Jessie’s got several graphic novel books on the way, her second, hour-long comedy show is scheduled for Edinburgh Festival this summer and she stars in The Tale of Tales, which is going to Cannes and releases in the UK end of this year. Her projects are ticking along, just as she prefers it. It must really pay to be a multitasker.

Love Sick is out now.

Linkedin
RELATED ARTICLES
OTHER ARTICLES
Lucas Beaufort teams up with Co&Jo to show the beauty and sweat that goes into making a surfboard.
Illustrators and cartoonists around the world rally around to show solidarity for those murdered at Charlie Hebdo magazine offices in Paris.
A wry take on life in Beirut into hard-edged comics and bomb-fuelled jazz.