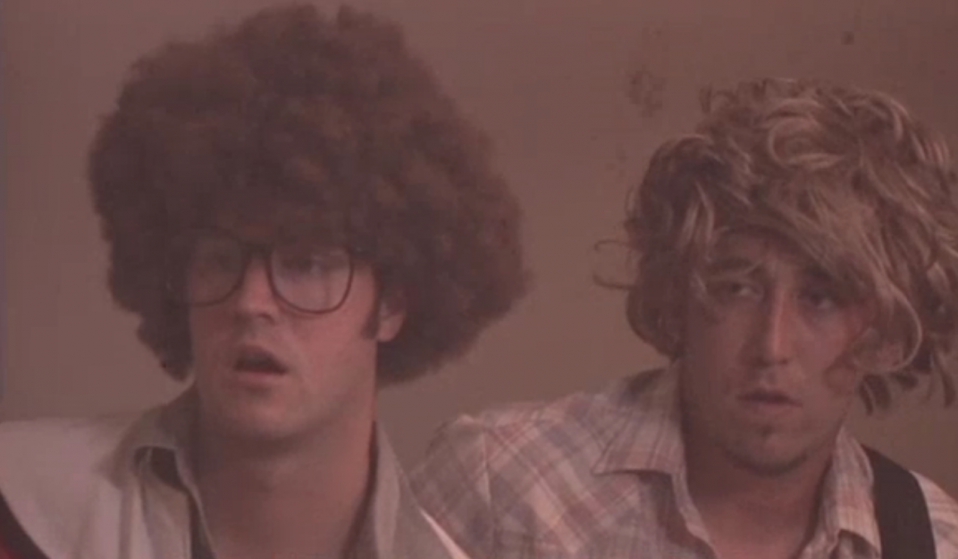 With the second season of cult animated TV show Rick and Morty released next week, we look back at the strange world of Channel 101 that spawned it, where the viewer is the executive and the drama is always cut short.

With the second season of cult animated TV show Rick and Morty released next week, we look back at the strange world of Channel 101 that spawned it, where the viewer is the executive and the drama is always cut short.

Television ain’t what it used to be. That’s not a bad thing, nor does it mean that we can’t wile away hours at a time watching episode after episode of something on Netflix, but the old fashioned idea of TV was worn down many years ago.

Dan Harmon and Rob Schrab were ‘TV people’ before viewing patterns shifted towards our online streaming nirvana, before shows like Harmon’s Rick and Morty – the second series of which premieres next week, on July 26 – would have had a platform. They were the old-fashioned, up-all-night writer and director types, pitching pilots to the major networks, fuelled by Ritalin and alcohol, viewed as the creative force that would do battle with – and simultaneously elevate – corporate interests.

Through that came a great deal of near-inevitable failure. The duo wrote and produced Heat Vision and Jack, a 30-minute rejected pilot for the Fox Network starring Jack Black and Owen Wilson that has since become a cult hit online.

They were both signed on to The Sarah Silverman Program before Harmon was booted from the set for his vodka-infused, deadline-shirking take on the writing process.

It’s all come good in the end, though. The duo wrote the screenplay for 2006’s Zemeckis/Spielberg movie Monster House, a critical and commercial success. Harmon went on to write and run perhaps the greatest sitcom of all time in Community (albeit after once again being briefly sacked for his on-set difficulties) with Schrab directing a number of episodes. A reflection of left-field television’s move into a new realm, the show’s sixth season just finished airing online at Yahoo Screen.

And next week Harmon’s bizarre and brilliant animated sci-fi comedy Rick and Morty will return for its second season. He tells people about this on a podcast heard by hundreds of thousands every week, Harmontown. Things have worked out.

But before the duo’s recent successes, they developed a concept inspired by failure itself, delving deep into a world of shoddy camerawork and the sort of scripts that FOX would baulk at.

The concept of Channel 101 is pretty simple. Named for the numbering system given by networks to their shows, it is a perpetual cycle of pilots – Season 1, Episode 1 – that can be axed at any time. Shows must clock in at less than five minutes, but other than that its style and content are unregulated. Once a month, at a theatre in Los Angeles, ten films are screened to a packed-out crowd.

At the end of each month’s screening, the audience have the chance to act as TV executives, the very same ones that rejected Harmon and Schrab on Heat Vision. They vote for their favourite shows from each batch and each month’s top 5 are given a stay of execution, going forward to the next month’s show with a new episode. The remainder become ‘failed pilots’.

It’s an open-source, ruthlessly democratic take on network television and, over the years, it’s produced some strange, hilarious, dark television. We’ve collected the best shows here, in full. Many of them will not be safe for work…

The wave of soft rock that defined mainstream music in the 1970s wasn’t formally known as ‘yacht rock’ before J.D. Ryznar’s show became a cult hit. The Channel 101 show’s portrayal of Kenny Loggins and The Doobie Brothers, making full use of fake moustaches and toupees, put a name to the unparalleled smoothness of the West Coast post-disco. It’s a mockumentary in the Spinal Tap vein, but unlike its parodic predecessor, the show doesn’t converse with reality on even the most basic level.

The thought of the Supreme Commander of the Imperial Military as a man lost outside of his dark, imposing world had been played out before, most notably by Eddie Izzard in his famous ‘Death Star Canteen’ sketch. But Chad Vader, Day Shift Manager took the concept to its illogical extreme. Taking to one knee to refer to his manager as ‘Emperor’ might seem like a simple kick, but it really doesn’t get old quickly. In fact, after the Channel 101 crowd cancelled it after two episodes, the show continued to run for four full seasons.

Great TV writers understand the construction of plot in a way that many of us mere mortals do not. So, when people like Dan Harmon and Ryan Ridley sit down to make an overblown spoof drama about the politics of working in public water and electricity in Los Angeles, they know how to tick every box within five minutes. Like all of Channel 101’s best shows, Water and Power is absurd, but there’s an attention to detail in lines like ‘Power’s been around since Benjamin Franklin, water was given to us by God’ that sets it apart. It also managed to spawn ‘Water and Power: Miami’, a show that requires very little explanation.

IKEA stores are notoriously difficult to navigate. At times, they’re difficult to escape from. This helps when filming a classic melodrama set entirely in the Burbank branch of IKEA without the store’s permission. Customers mill around, either unaware or uninterested in the affairs and murders taking place around them. They’re equally immune to the show’s finest moments – when the shop’s staff notice what’s going on, stare into the camera, and choose awkwardly to do nothing.

The Real Animated Adventures of Doc and Mharti

Definitely not even remotely safe for work, ‘The Real Animated Adventures of Doc and Mharti’ was the original inspiration for Rick and Morty. But where Harmon’s new show is a romp through science fiction landscapes and off-beat characters, ‘Doc and Mharti’ is a direct Back to the Future parody that trades plutonium out for oral sex. That’s probably the reason that it didn’t make it past the first round and became a ‘failed pilot’, but it’s still worth a watch, if only to see how radically the show transformed its style without sacrificing its comedy.

Reddit
OTHER ARTICLES
With his new album, Will Toledo is embracing new sounds and donning a mask. He tells us why.
From 1969 to 1972, the acid-fueled performance troupe – which included underground icons like Divine and Sylvester – took radical politics to a wider audience.
Campuses across the country have closed in response to the coronavirus crisis – but what about the students who have been left behind?
With Native American history almost entirely excluded from the US curriculum, a group of illustrators are rewriting the narrative.
In a new series, produced in partnership with Squarespace, we spotlight real-life artists and makers as they adapt to life under lockdown.
The demonisation of the shark may be rooted in centuries of irrational fear, but the threat it poses to the species is real.