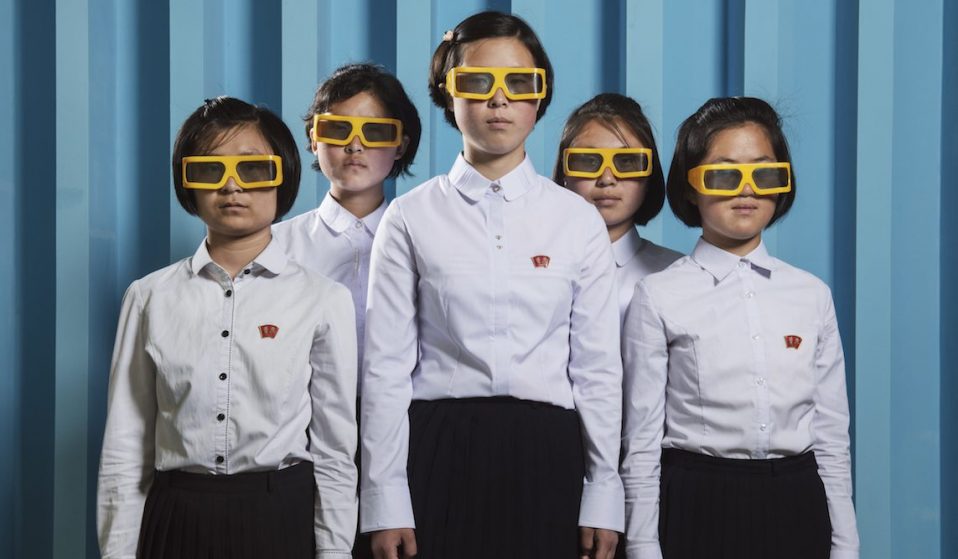 Photographer Stephan Gladieu reflects on his trips to North Korea, where he set out to make a series of portraits peeling back the curtain on what life is like for the average DPRK citizen.

Photographer Stephan Gladieu reflects on his trips to North Korea, where he set out to make a series of portraits peeling back the curtain on what life is like for the average DPRK citizen.

In North Korea, there are millions of portraits of the state’s great leaders, constantly casting a watchful eye over the country’s citizens. In every home, office, school and every public place hang pictures of the Kim dynasty – Kim Jong–il, Kim Il–sung and Kim Jong-un – as an inescapable reminder of their power over the country since the DPRK was first established in 1948.

Photographer Stephan Gladieu, who is based in Paris, went to North Korea to capture a different kind of portrait, turning his lens away from the heads of state, and onto the average citizen. “Everybody is fascinated by North Korea,” he says. “But when you look at what has happened in the media for decades, when we talk about North Korea, we talk about the dynasty, the leaders, the international relation problems, nuclear weapons… But when do we speak about North Koreans? Barely ever.”

For most of his career, Gladieu had worked as a war photographer across Europe, Central Asia and the Middle East, and had experienced working under a dictatorship. But North Korea posed an entirely different set of challenges for the photographer – not least when it came to gaining access to the country. Gladieu first attempted to visit 15 years ago, and was twice refused a visa. 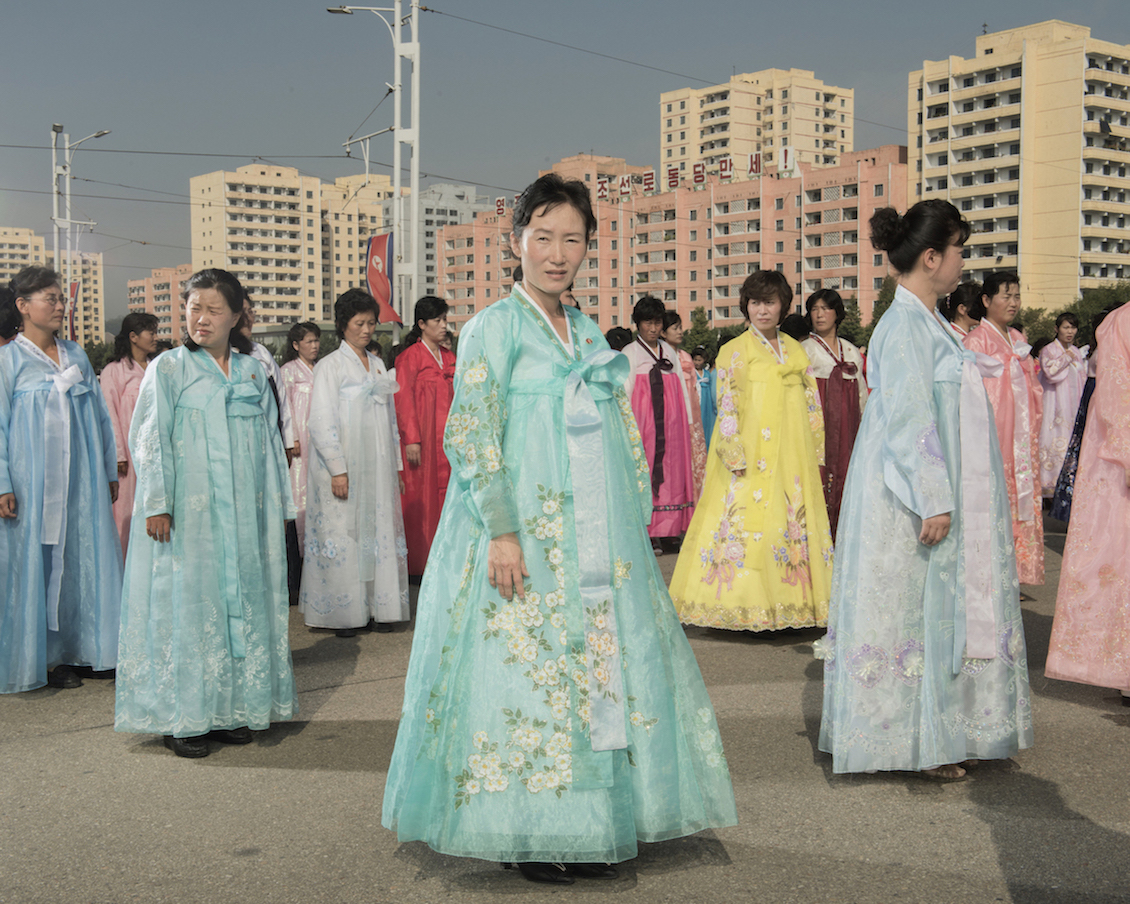 A mass dance rehearsal in front of the Monument to the Party Founding, Pyongyang October 2017 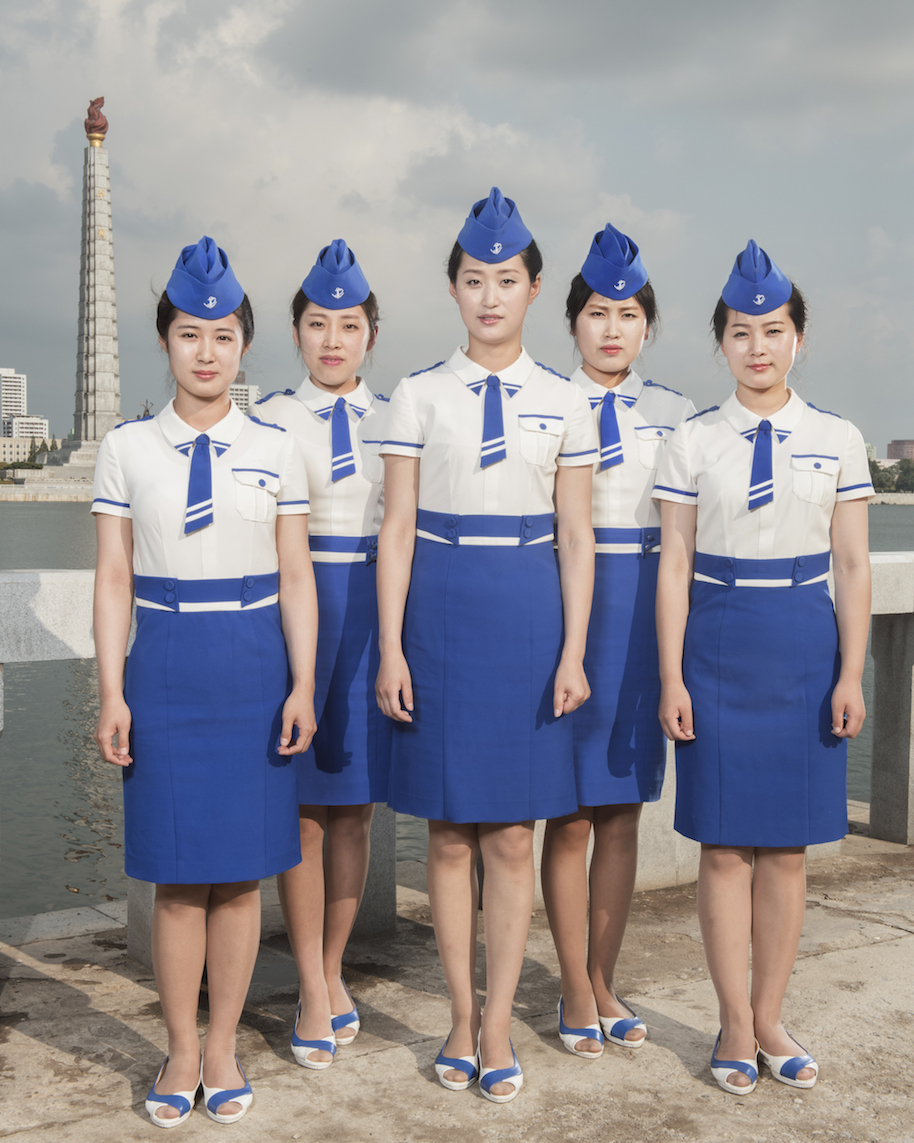 “I thought a lot before I had a chance to earn an appointment in Paris with the North Korean delegation. I took a few weeks preparing for this meeting,” he recalls. After some lengthy convincing and negotiations surrounding which parts of the country he’d be allowed to enter, he finally managed to go to North Korea in 2017, making five trips over the following three years. The photographs from his trips have recently been published in a book, titled North Korea (Actes Sud).

Gladieu says he had to be “very, very clear” about what he proposed to do – and had to agree to have at least two or three North Korean guides with him from morning to evening. “It meant that I wouldn’t be able to walk around in the streets and decide freely where I wanted to go.”

Gladieu found that the best way to work within these limits on his freedom was to create static, face-to-face portraits. This was, in many, ways “quite revolutionary”, he says. Portraits of ordinary North Koreans largely exist for the purpose of social identification, and individual portraits of anyone but the great leaders happen rarely. 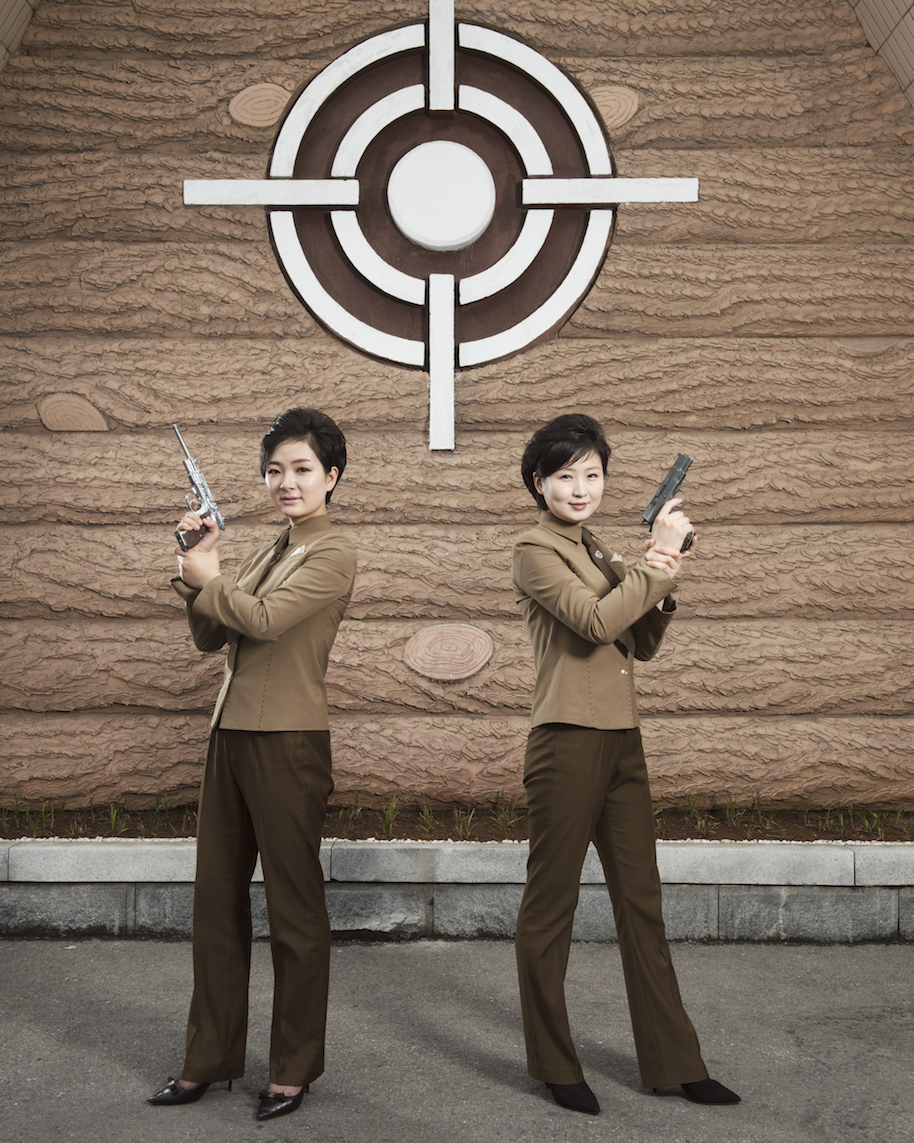 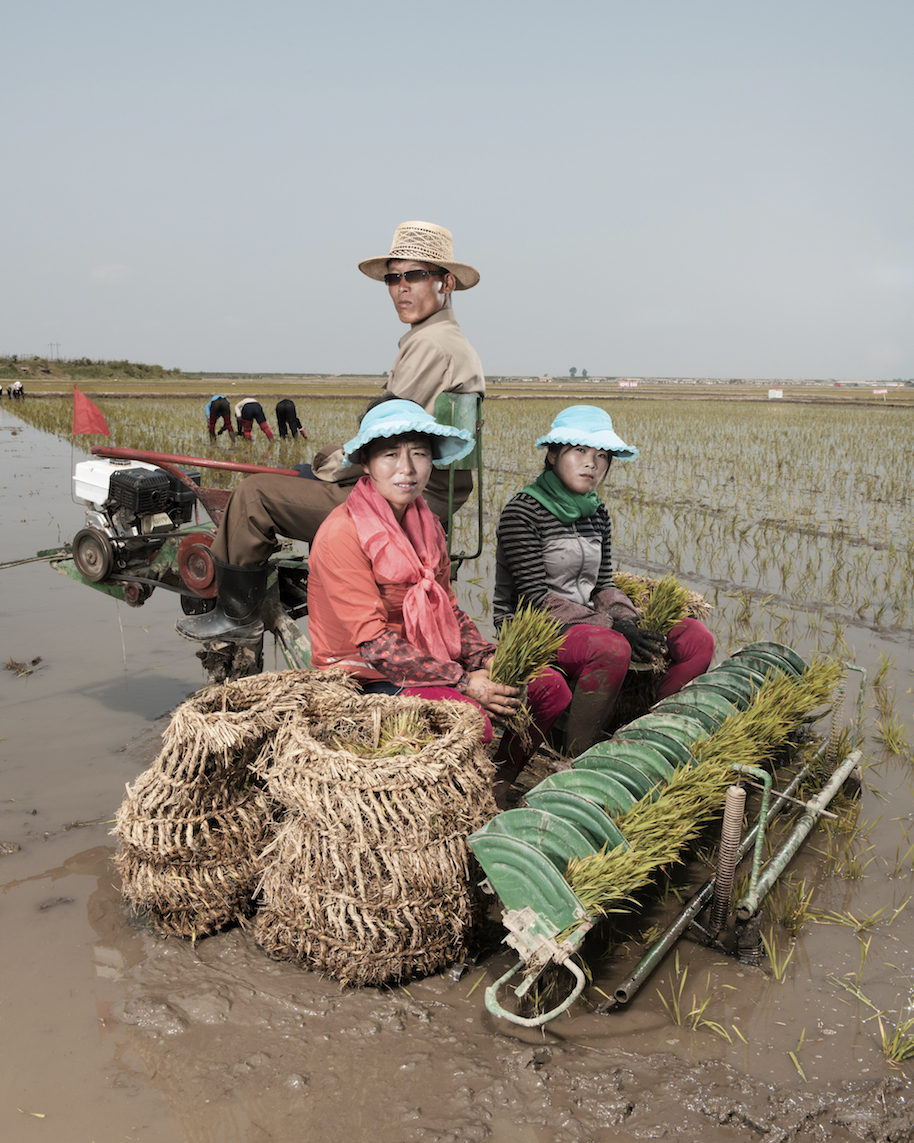 While shifting focus away from the heads of state, Gladieu’s photos emulate the traditions of North Korean portraiture by capturing ordinary people in a way usually reserved for the Kim dynasty. “I thought it was powerful to use the iconography of propaganda because it was connecting the work to what portraits look like there, and it makes the images feel more understandable for the people there.”

What struck Gladieu from his time there was just how proud the citizens of North Korea are: “There’s a level of nationalism I have not seen before,” he remembers. The other thing that surprised Gladieu was just how clean the country was, and how smartly dressed many of the citizens tended to be. “People tell me, your pictures look fake – that’s because everything is fake. There is no spontaneity. There are no accidents. Everything is predictable. Everything is controlled – so that’s quite strange.”

“That is of course a generalisation,” he continues, “but this was interesting for me as a photographer, because I like to play with the realities of what is real and what is an illusion.”

“I didn’t get to go everywhere I wanted to,” says Gladieu. “But I think I still show something of what North Korea is like today.” 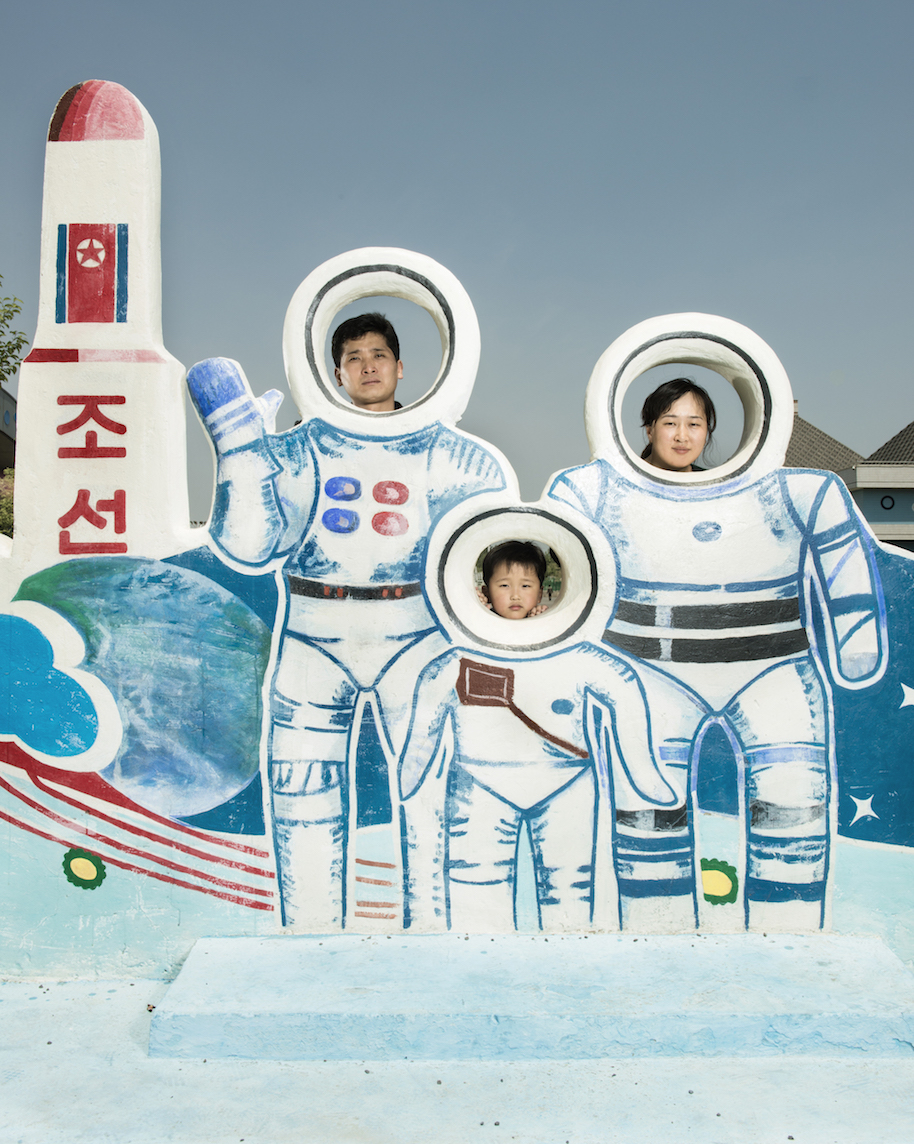 A family pose behind a painted wall in tribute to the North Korean space programme in front of Munsu water park, Pyongyang June 2017 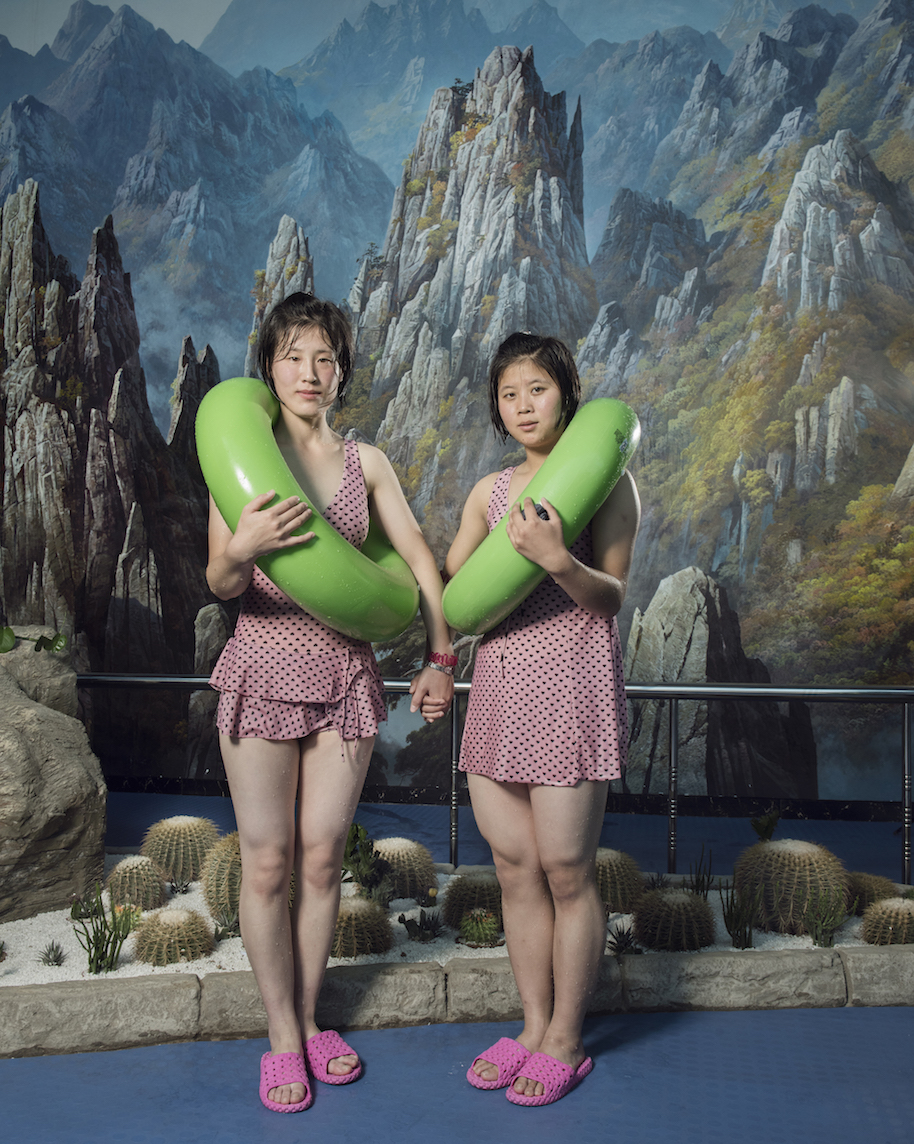 Swimming pool in the food factory of the Mangyongdae district, Pyongyang 2017 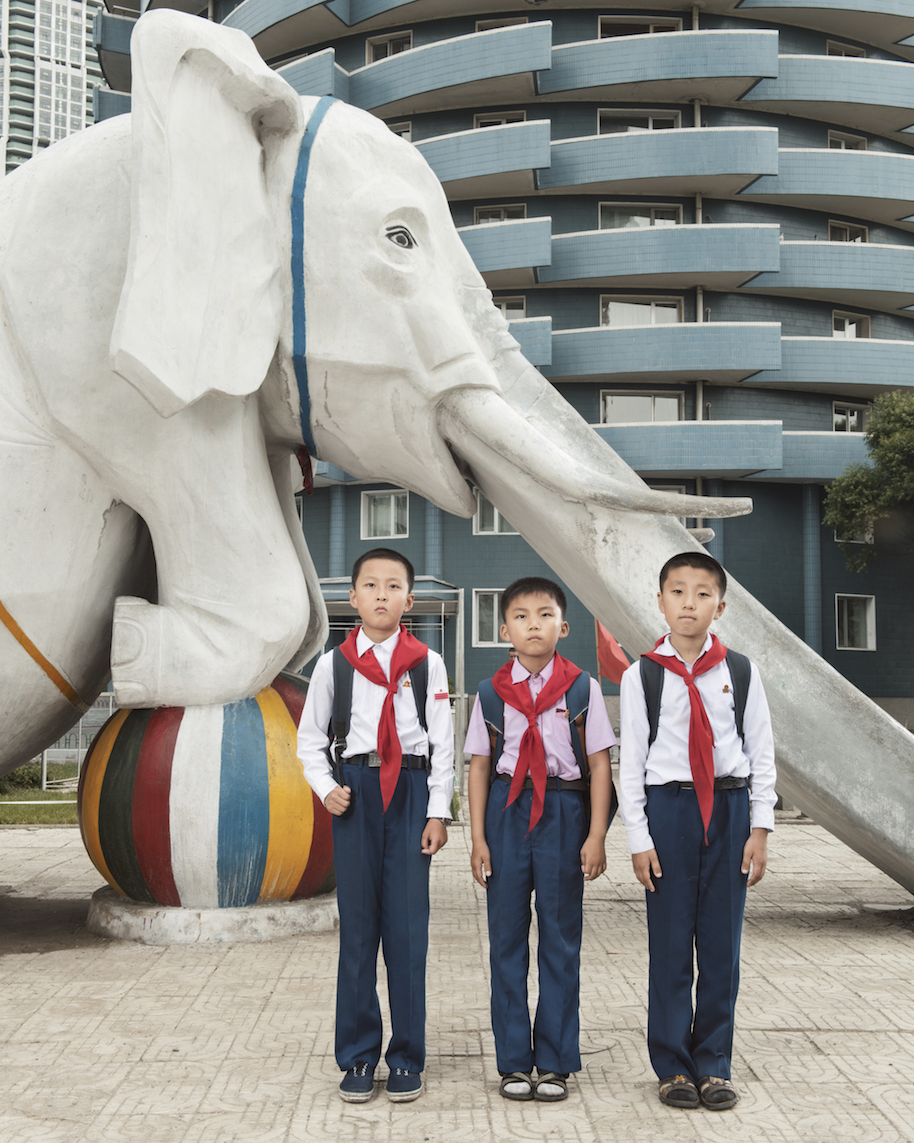 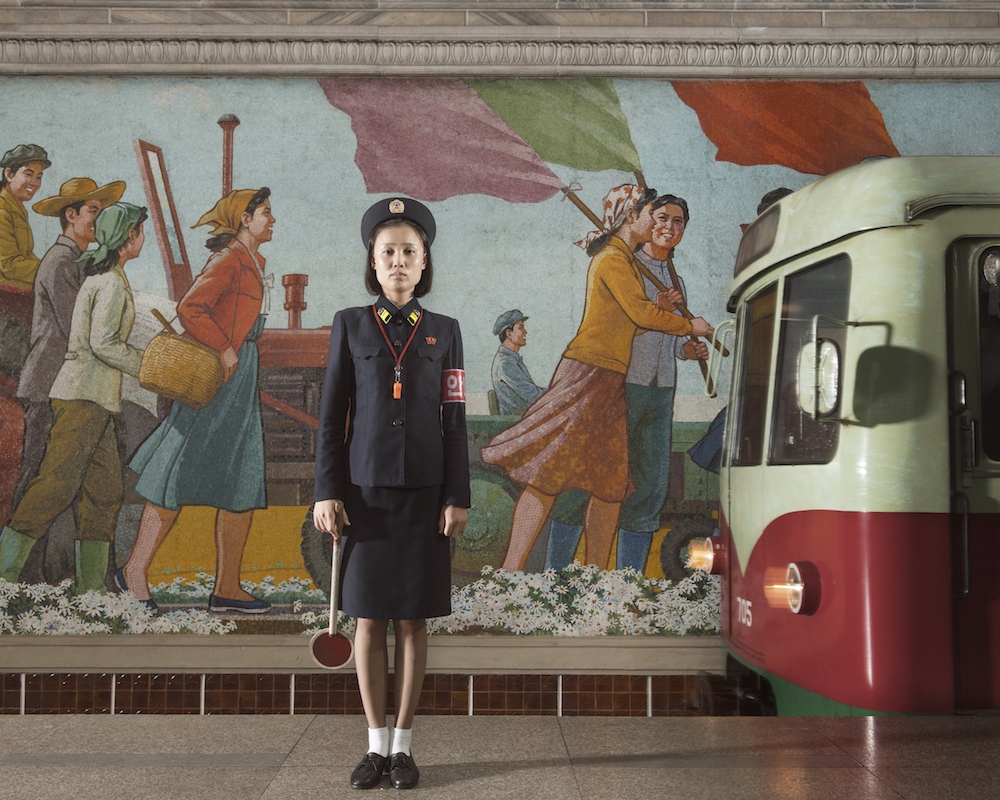 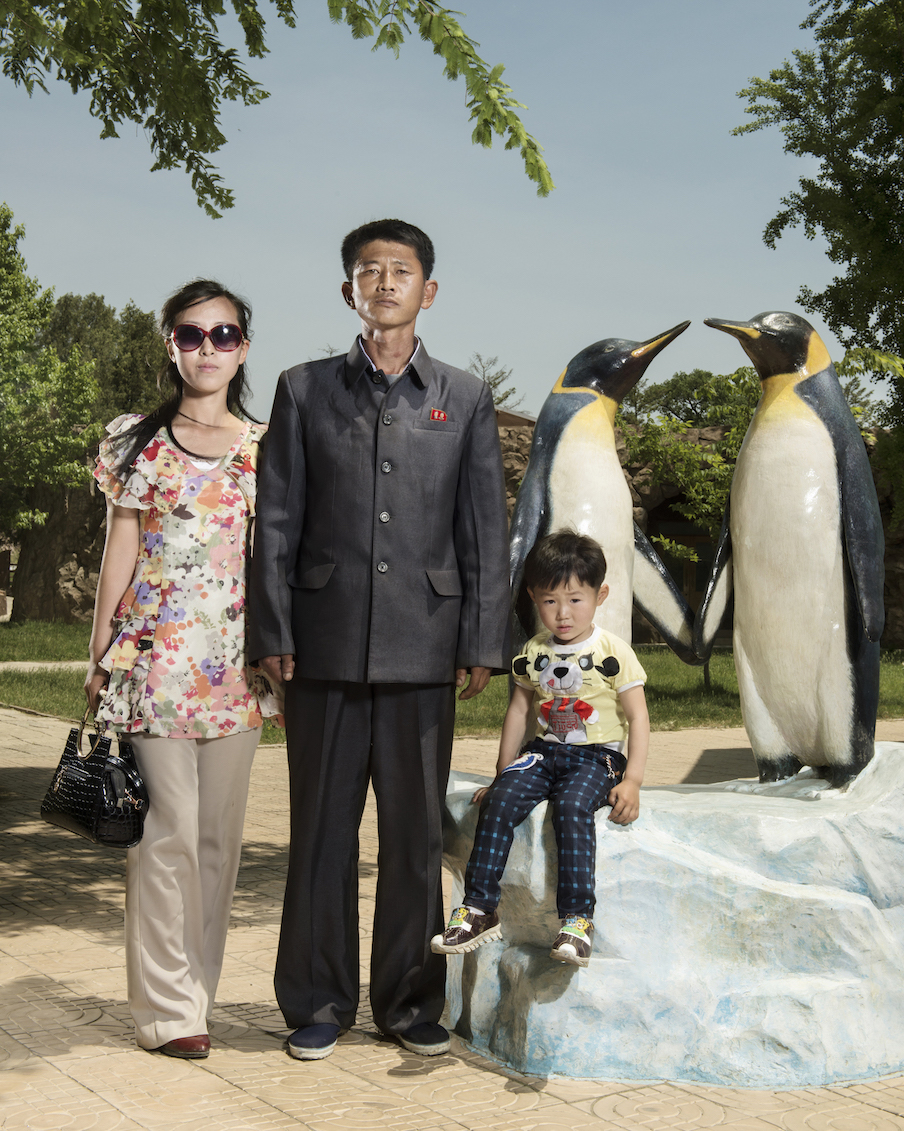 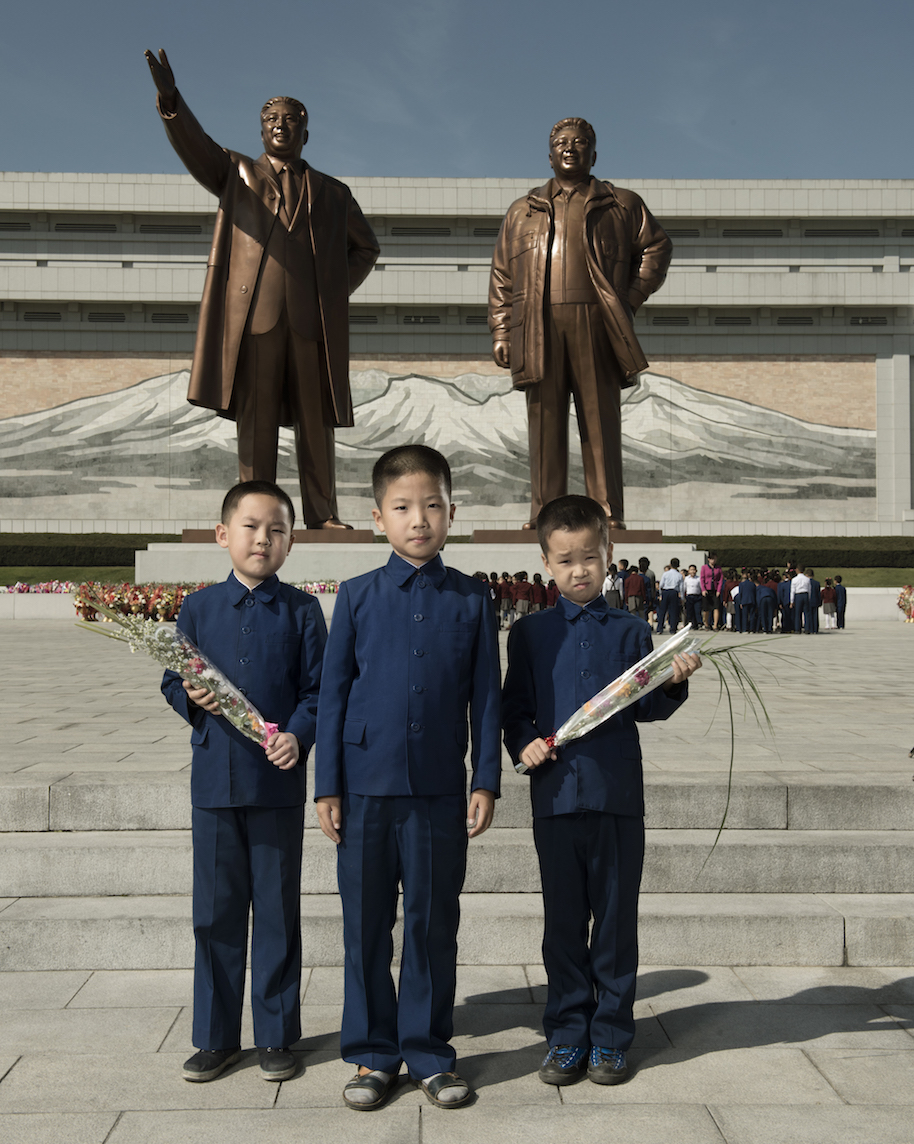 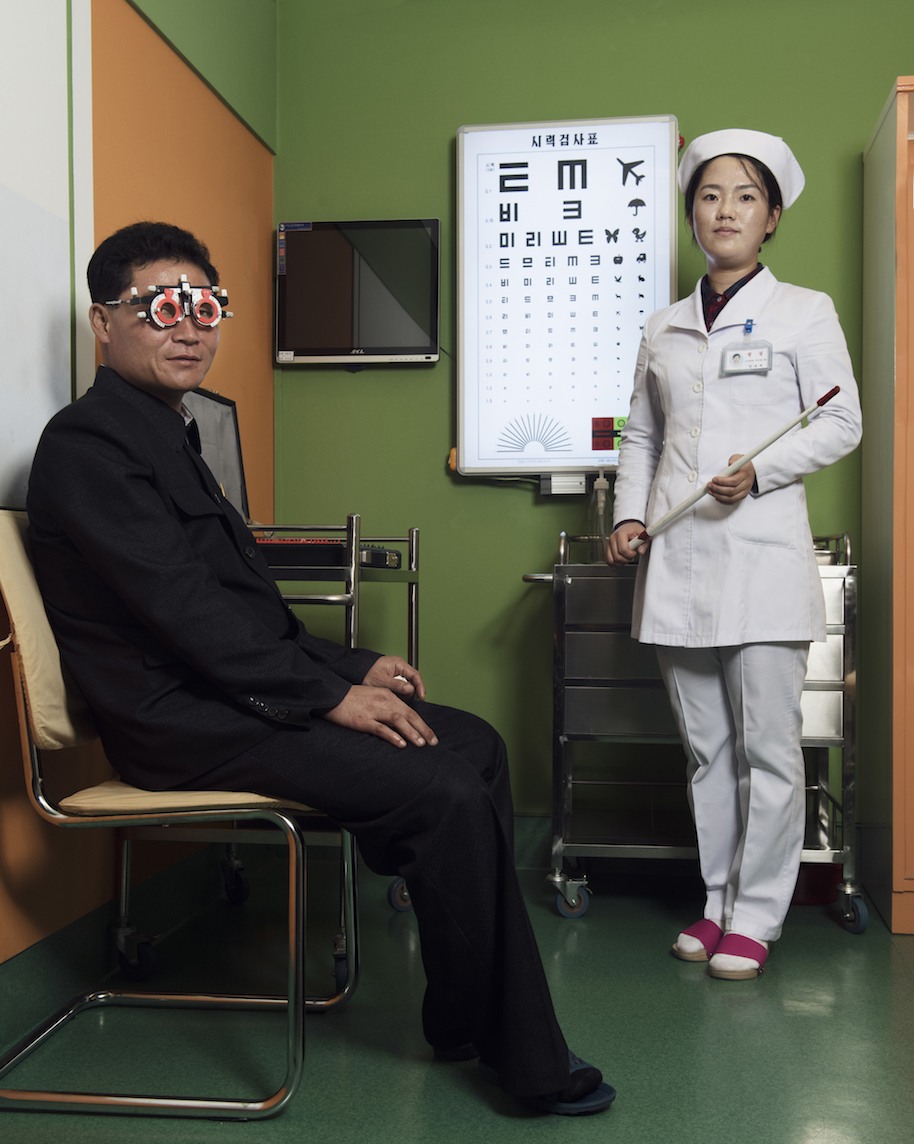 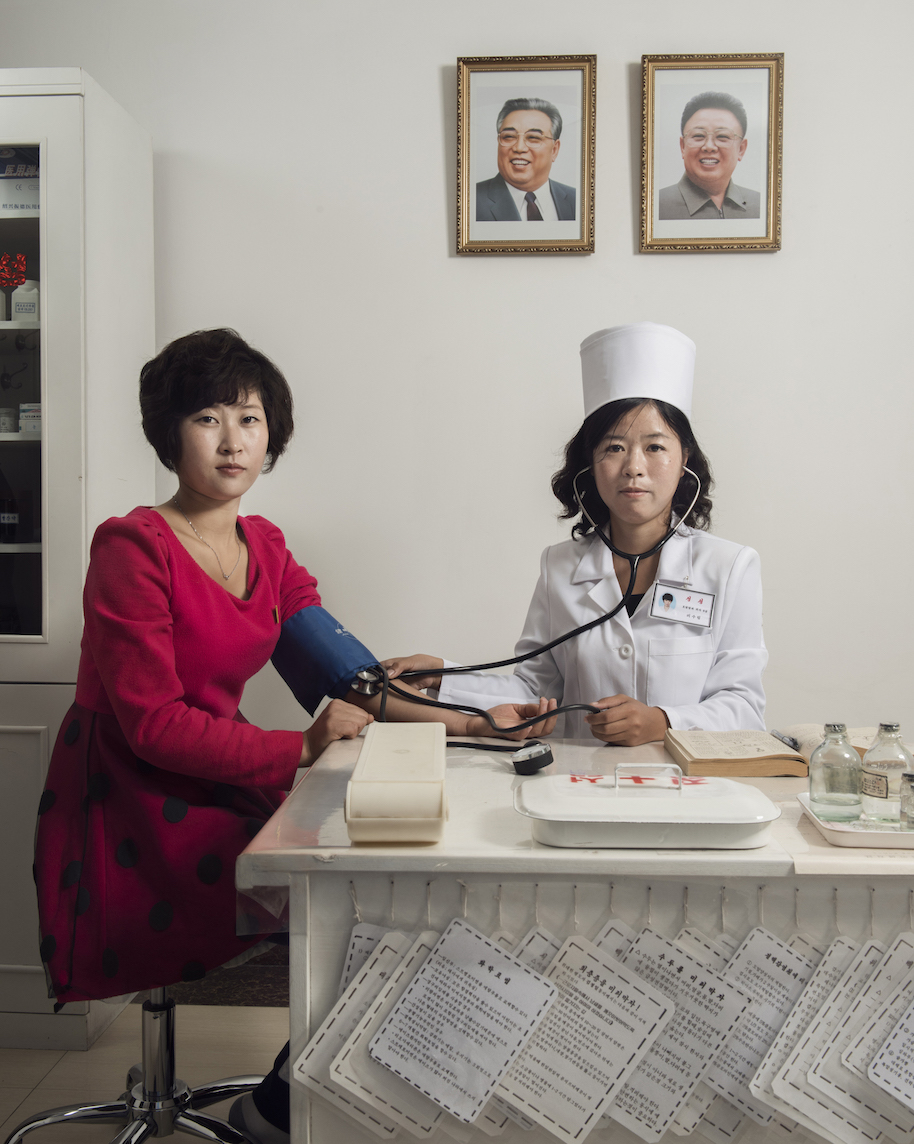 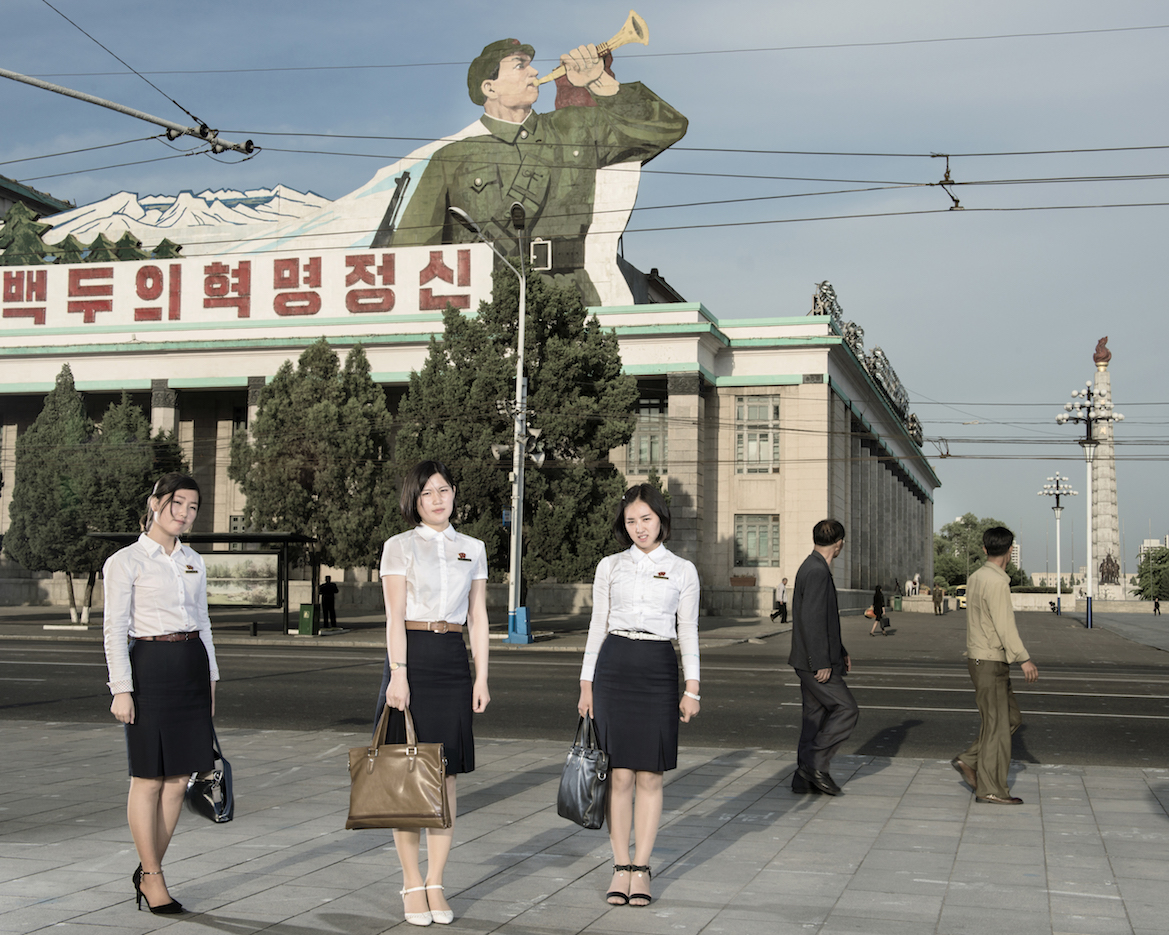 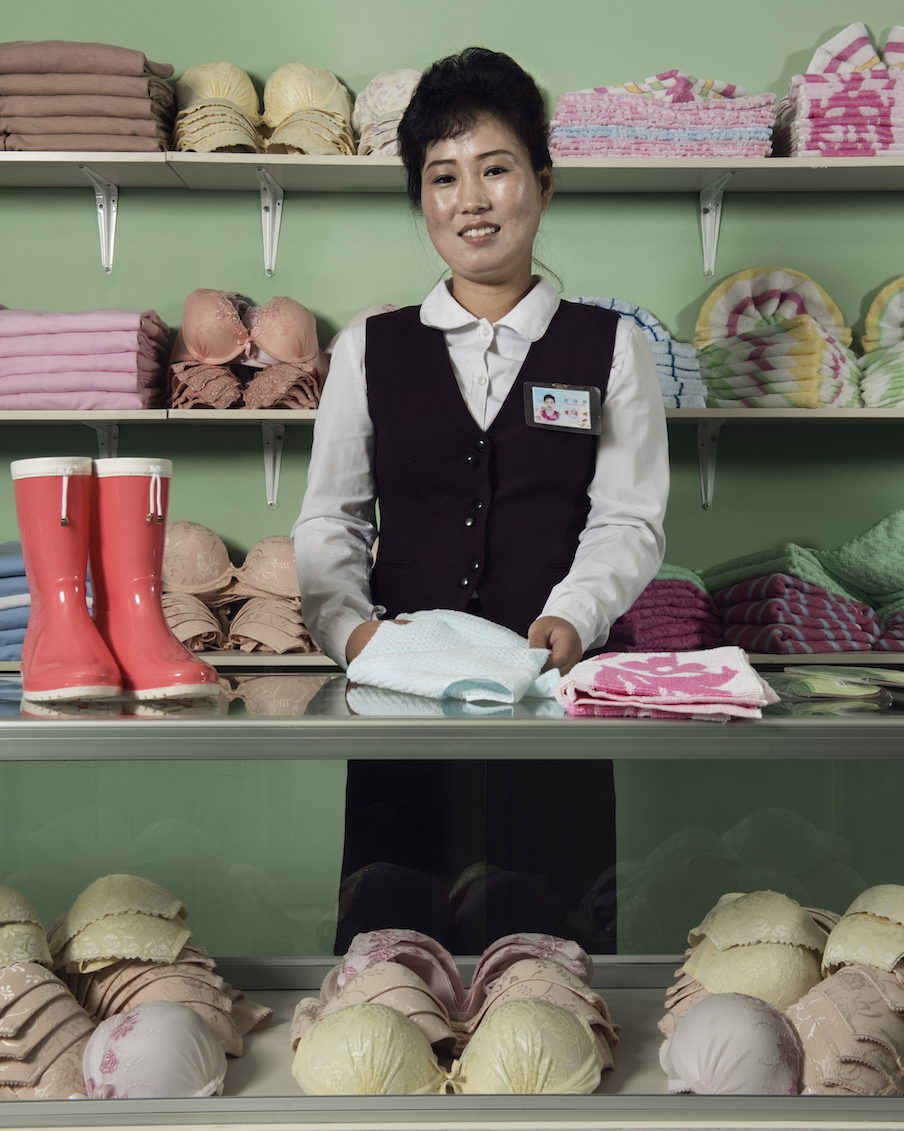 Selling lingerie in the workshop of the Zhenghsu Pyongyang textile factory, Pyongyang October 2017

Linkedin
RELATED ARTICLES
OTHER ARTICLES
The author discusses the all-consuming nature of heartbreak, and turning the experience into an incisive exploration of love and loss.
Photographer Arthur Grace recalls travelling through the Soviet Bloc and finding ways to evade the surveillance of his work.
Freddie Miller’s new series of photographs investigates who today’s trainspotters are and what drives their unfettered enthusiasm.
Wealth inequality and the rising cost of socialising is placing a strain on people’s relationships, reports Eve Upton-Clark.
The last few years have seen an increase in LGBTQ-led initiatives to feed the hungry, with many finding ways to stay afloat despite the challenges.
Photographer Matthew Brookes recalls following a group of young people in Venice Beach living in search of the perfect wave.