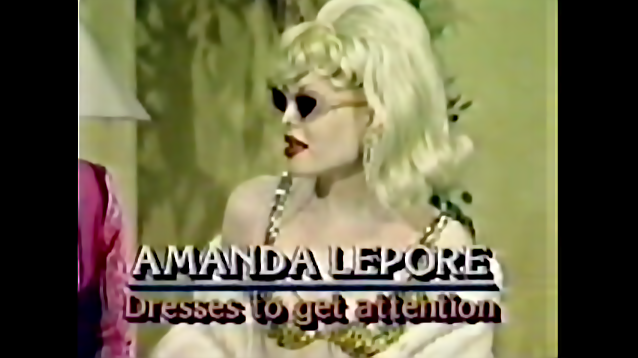 Buried in the deeper recesses of YouTube is a 1993 appearance on The Joan Rivers Show by an array of iconic New York club kids.

Buried in the deeper recesses of YouTube is a 1993 appearance on The Joan Rivers Show by an array of iconic New York club kids, a couple of years before the scene imploded in bloody violence with the now infamous murder of Andre 'Angel' Melendez. Leigh Bowery, Amanda Lepore and Kabuki Starshine are just some of the NY legends talking the scene and parading their pioneering fashion on daytime TV.

The New York club kids of the late ’80s and early ’90s picked up where Studio 54 left off. Gay kids, trans kids, fashion freaks and art weirdoes all converging nightly in cult Manhattan hotspots like Danceteria and the Limelight. They would wear outrageous outfits, party to thumping house music, and consume enough coke and LSD to make your eyes explode. Then it all came to an abrupt end in appropriate volatility.

Prior to that, however, this rampant New York excess somehow converged with mid-afternoon American television on an average day in May 1993, with some of the scene’s most flamboyant characters appearing on an episode of The Joan Rivers Show.

Today the New York club scene of the era is most often associated with something all-together less glam: the murder of Andre ‘Angel’ Melendez by infamous New York club kid Michael Alig twenty years ago this March. Angel’s murder would go on to inspire its own documentary, Party Monster, which in turn would be adapted as a biopic starring Macauley Culkin, Seth Green and Chloë Sevigny. With all of that in mind, it’s no surprise that the scene has been historically treated like one long, indulgent waltz to horrifying violence.

But the blurry YouTube clips of Joan Rivers introducing a parade of glamorous misfits to the mainstream goes some way in re-contextualising the scene to its pioneering fundamentals. The LGBT kids, drag artists, transvestites and outcasts traditionally left out of conventional discourse, all brought together by a fusing of art, fashion and music.

Invited onto the stage are a roll-call of scene A-listers of the time, including Leigh Bowery, Amanda Lepore, Michael Alig and, in a second clip, Richie Rich. Rivers asks them about their lives, their goals, and their annual budget for sequins, while she later hosts a fashion show comprised of drag artists and club performers. All are dressed in homemade costumes of staggering detail and inventiveness. “Who are men and who are women?” Rivers asks in an aside. “It’s all a blur at this point,” replies Rich.

Amanda Lepore is undoubtedly the star of the interview portion of the episode, expressing in a perfectly slurred Little Edie voice that she just doesn’t have the time to have an actual job: “I’m too busy getting ready all the time or going out.”

The crowd is also nicely embracing. That is in spite of the camera cutting away to a flabbergasted member of the audience whenever one of the kids turn their backs to the crowd, lest people at home glimpse a flash of James St. James’ exposed butt cheeks. At one point, a middle-aged man with a thick New York accent stands up in the audience to comment: “I give ’em a lot of credit, they’re not hurting nobody.”

While Alig would go on to spend eighteen years in a New York jail for murder (he was paroled in 2014 and now writes a column for Gay Times), the rest of the characters to make appearances on the show have had alternatively happier legacies.

Lepore remains a trans pioneer, working as a model, performer and artist, and continuing to act as a muse for photographer David LaChapelle. Kabuki Starshine is now an incredibly successful make-up artist, having worked with a who’s-who of A-listers including Madonna, Rihanna, Kylie Minogue, Gwen Stefani and Michael Jackson. Walt Cassidy (formerly Walt Paper) is a noted contemporary artist, Richie Rich went on to become a prominent fashion designer, and Ernie Glam and St. James continue to be fixtures of the New York social scene. Leigh Bowery, who died from an AIDS-related illness in 1994, remains a legendary performance artist, designer and fashion muse – one-time collaborator of artists including Alexander McQueen, Vivienne Westwood, and Lucien Freud, and inspiration to modern acts including Lady Gaga. 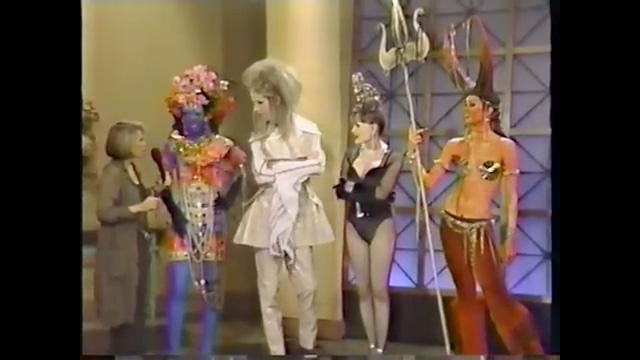 For Joan Rivers’ own legacy, it’s another testament to her life-long breaking of barriers that this appearance even happened. Recorded in 1993, with a Bush in the White House and the country still deep in Reagan-era conservatism, putting something so gender-bending, flamboyant and shamelessly gay on daytime television is radically groundbreaking. Flash forward a couple of years and you’ll get a newly-out Ellen DeGeneres talking about her relationship with actress Anne Heche on The Oprah Winfrey Show. All great until appalled members of the audience express outrage at having to now explain to their children what a gay person is.

In comparison, seeing Rivers so casually champion the overt ‘otherness’ of the club kids in front of an audience of early-90’s, middle-America housewives is unquestionably daring. She makes good on her promise to have them back, devoting an entire episode to a ‘Club Kids Fashion Show,’ and seems to genuinely admire their inventiveness, ingenuity and sheer guts. “Anybody can do this and look wonderful,” she says. “It only takes imagination and time and just freedom.”

Of course, she can’t let them leave without firing off a final Rivers zinger: “One last question: what do you do on Halloween?”

Linkedin
RELATED ARTICLES
OTHER ARTICLES
By turning a real-life crisis into daytime television fodder, TV bosses have once again shown themselves to be completely out of touch with audiences.
Financial turmoil is pushing people who work in the sex industry into more dangerous and desperate situations as a means of survival.
The idea that a younger generation is abandoning work has become a popular narrative online, but it doesn’t necessarily reflect reality.
Birdy Chu reflects on documenting the historic moment in which the territory was formally passed back from the UK to China.
Yesterday thousands gathered outside Buckingham Palace after news of the Queen’s death broke.
A new project is documenting formerly incarcerated people as they transition back into civilian life.