News & Politics / Activism / ‘A threat to democracy? Momentum is exactly the opposite’ 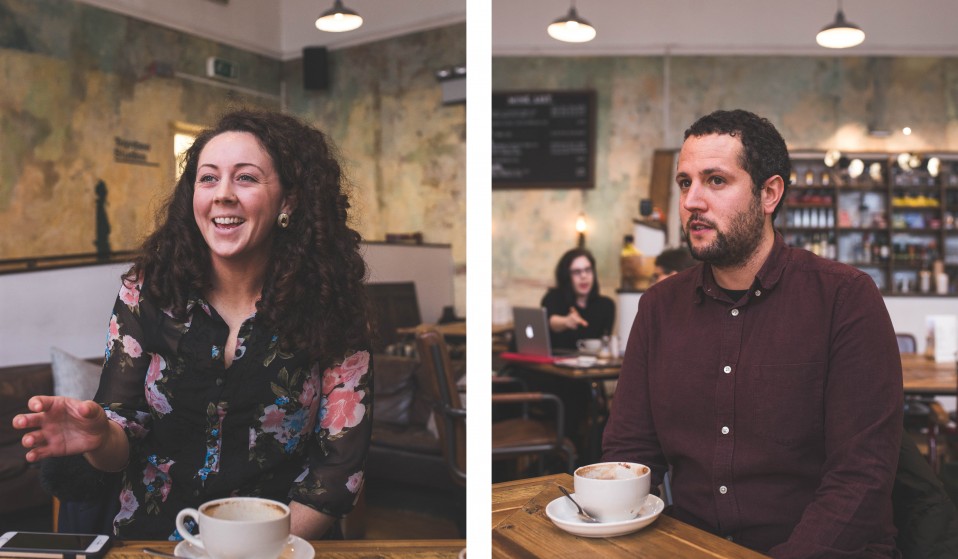 As a new national co-ordinator takes the reigns at Momentum, two of its founders – Adam Klug and Emma Rees – reflect on what the future holds for the Labour supporting activist organisation.

Momentum has bold plans: to democratise Labour and build 21st century socialism. As a new national co-ordinator takes the reigns, two of its founders – Adam Klug and Emma Rees – reflect on what the future holds for the Labour supporting activist organisation as they step down from their positions.

Emma Rees was working as a primary school teacher in Birmingham back at the start of the summer in 2015, when Ed Miliband resigned as leader of the Labour Party.

Like so many people in Britain with progressive politics, she felt a deep sense disappointment as the results of that year’s general election rolled in – not just despairing at the thought of another five years of callous Conservative government, but at what was a lost opportunity for some radical and transformative policies from Labour.

“After five years of austerity and the coalition government selling the whole country a myth about the cause of the financial collapse, I was so frustrated that the Labour Party wasn’t coming out to counter this narrative,” explains Emma now. “The debate was starting at the point that it was Labour overspending which caused the financial collapse, which is bullshit. It was infuriating.”

This was the election of the mansion tax, energy bills caps and the abolition of non-dom status, a more progressive offer than the New Labour years but hardly a radical alternative. It wasn’t enough to inspire a nation.

Sat in her classroom one lunchtime Emma clicked onto a news story about the upcoming Labour leadership race, and decided – despite not being a member of the Labour Party – to email MPs who hadn’t yet submitted their nomination for the ballot to select the next leader.

“Corbyn was seeking nominations to run, and to me that was exciting,” Emma says. “I wrote to MPs and asked them to nominate Jeremy – even if just in the interests of democracy – and after I finished up teaching for the year I moved to London, getting involved as a volunteer on the campaign.”

Sat in a coffeeshop near Whitechapel in East London some two years later, both the political climate and Emma’s role within it have been transformed in ways neither she nor anyone else could have ever predicted. Today is one of her last as activist and campaigning organisation Momentum’s National Co-ordinator. Jeremy Corbyn – according to the polls – looks set to become Prime Minister.

Adam Klug’s life has been on a similar journey of upheaval. Like Emma, he’d been along to the occasional protest or campaigning event before 2015’s general election, but that had always been the limit to his overtly political activities. “When Corbyn stepped up and was nominated it felt like there was this alignment of my politics, my ideals and my values,” remembers Adam, smiling. “Similarly to Emma I was messaging all my friends to encourage them to pay that £3 and vote for Jeremy.”

Adam also finished up his teaching job at the start of the summer, with plans to move to Barcelona. He was “burnt out, disillusioned by the state of the British education system,” but after a pitstop in London, he too found himself volunteering every day in Corbyn’s small leadership campaign office. It wasn’t long before he was working full-time as an organiser for Momentum as well. 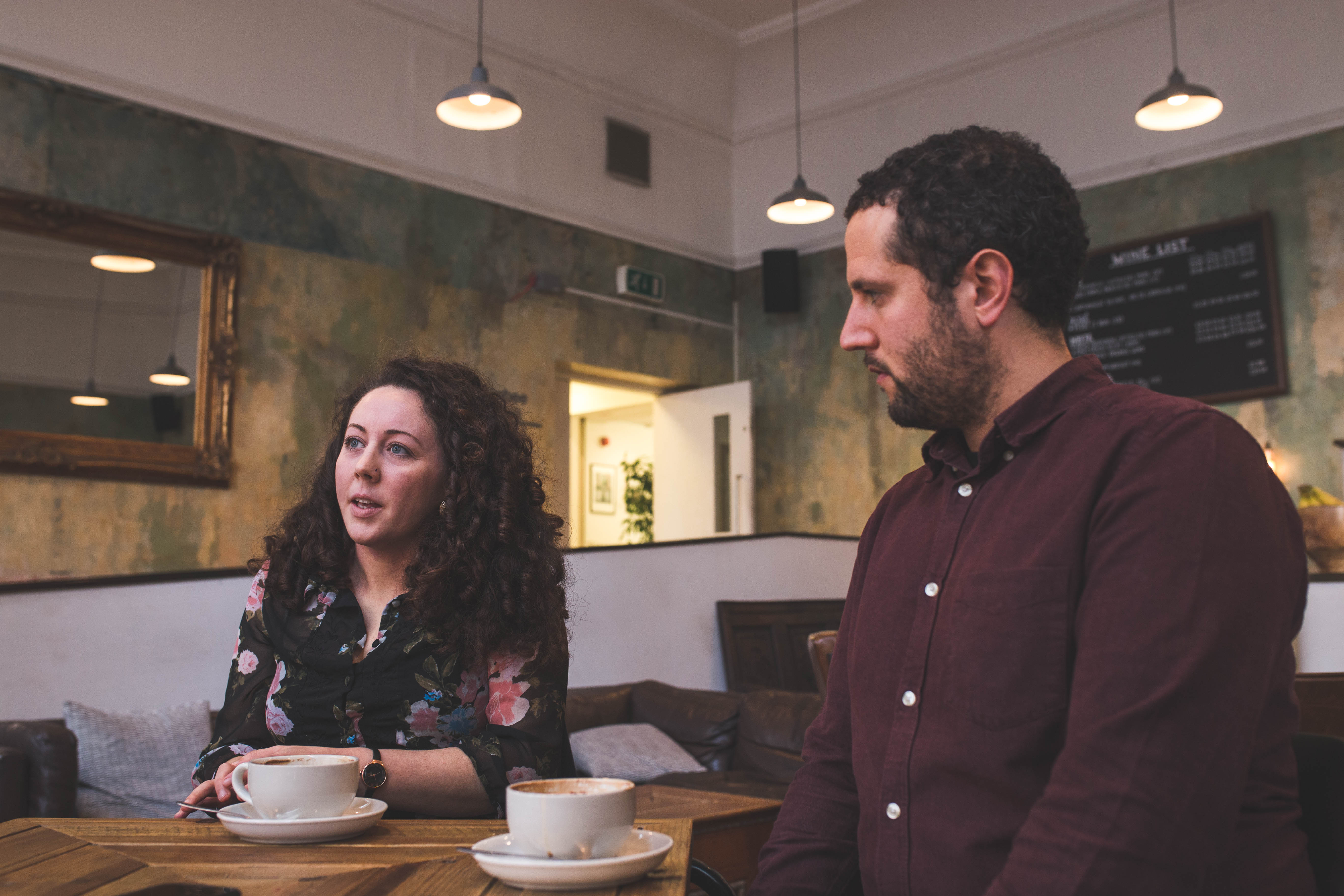 “There was this community of people from such a variety of different backgrounds who came together to urge other Labour members and supporters to support Corbyn,” says Adam. “The interactions I was having both with people on the phone and within the volunteer operation gave me such an energy and sense of purpose.”

Once it became clear that Corbyn was set to become Labour’s next leader, Adam and Emma met with longstanding Labour left-winger Jon Lansman and James Schneider (now Corbyn’s Head of Strategic Communications). Lansman had always planned on setting up a new organisation after the campaign was over, but with odds of 200/1 of a Corbyn victory at the outset, the size and scale of what would soon be formed was nothing like he could have expected. Soon plans for the formation of Momentum were underway.

The way Adam and Emma see it, Momentum’s job from the offset was to bind Corbyn’s supporters together. Those who got behind him and the platform he ran on came from a wide-ranging set of backgrounds. “So many sorts of people on the left had come together to elect Jeremy in a way that hadn’t really happened before,” says Emma. “We knew there had to be some way of keeping that going, to build support and strengthen his chances of leading the party and leading the country.”

In hindsight, they’ve identified five core groups of supporters: the traditional Labour left, trade unionists, those involved in extra-parliamentary campaigns, anarchist groups, and people who’d never been involved in political campaigning before but saw their values aligned with Jeremy.

“With Momentum what we are trying to do is to channel all that positivity and co-operation into a single network and organisation,” Emma suggests. “One that seeks to support a Labour Party with a transformative, progressive agenda.”

“We launched without the clarity of purpose which we then developed over time,” Adam readily admits. “It has been an amazing story of learning through doing, not letting the enemy of perfect be good.”

Since its inception, Momentum has already started to show the impact it hopes to go on making: voter registration drives, social media campaigns, activist training networks and hackathons just the tip of the iceberg. Momentum is responsible for The World Transformed – a series of events, talks and workshops which are held alongside the Labour conference. Their videos were seen by one in three British Facebook users during the 2017 general election campaign, despite spending less than £2,000 on advertising. Momentum now has 31,000 paying members and – according to their figures – some 200,000 have also registered their support.

Despite all this, it’s been far from plain sailing. A series of internal rows was widely reported on, an undercover reporter from the Daily Mail snuck into meetings in attempts to produce exposés. Even senior Labour Party officials and MPs were – for a period – jumping onto the Momentum-bashing train.

“It was certainly an incredibly challenging period,” Adam tells me, when I ask how the small and inexperienced team coped with it. “It was unfair and frustrating to be falsely depicted and demonised.”

“The notion we were a group trying to infiltrate the party, a small sect? It’s exactly the opposite. We are about mass participation and inclusion and bringing new people in.”

It would also be unwise to dwell on Momentum’s many successes without at least taking stock of the competition. It was towards the end of August this year that the right-wing Activate appeared on our social media feeds. According to Twitter, it’s an “independent grassroots organisation supporting right of centre politics.” According to everyone else, it’s a failed attempt at starting a Tory Momentum. 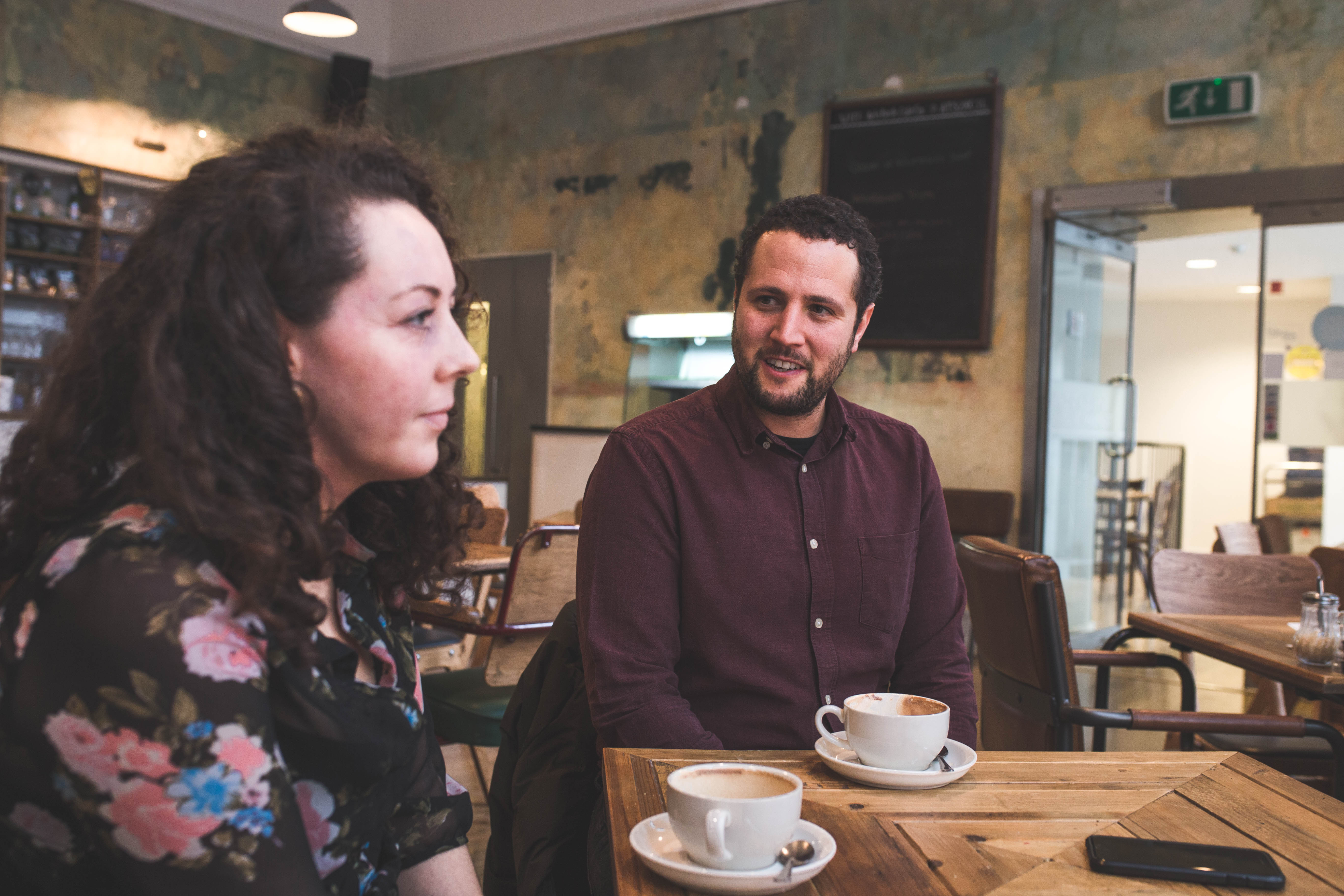 Activate hardly got off to a flying start: a lefty journalist infiltrated its ranks, their social media accounts were continually hacked, a leaked WhatsApp chat of young Tory activists linked to it discussed gassing chavs and running medical experiments on working class people. But with the Conservative Party lagging so far behind in the polls when it comes to younger voters (it’s only the over the 50s who voted in greater numbers for the Tories than Labour), you can’t blame them for trying.

“On the one hand you can dismiss it as ridiculous, but there’s also something quite sinister going on there,” Emma suggests. “At first I thought it was funny, but soon I was you reminded just how toxic and poisonous that political discourse is. They also showed a complete misunderstanding of what a movement is, of what would be appealing for people to get involved in.”

“The Tories will learn from it and build a more robust organisation,” chimes in Adam, “and I am concerned about that.”

Lessons will undoubtedly be learnt, but the Conservatives will certainly struggle to follow in Momentum’s footsteps. The Labour Party is gaining traction because it offers something new, something exciting – a break from the stale status quo that British politics has been stuck in for decades. It’s an outlook the Tory party is never going to be able to offer.

“What I’d say is more pressing is the rise of fascism and the rise of the far-right,” Adam adds. “I think an anti-establishment movement, one focussed on discrimination could do huge amounts of damage.”

The day we meet is one of Emma’s last working for the organisation, and Adam officially stopped working for Momentum back in June this year. Laura Parker, who left her role as political secretary to the Labour leader before Labour conference this year, will replace Emma as national coordinator.

While it’s successes are obvious, Momentum is still carving out its role in British politics – an organisation like it has never really existed in this form before. I ask what they hope Momentum can achieve going forward.

“Momentum will always have a key role to play in representing the will of ordinary people within the Labour Party and wider political structures,” Emma says, “and already we’re doing that. Momentum’s work won’t be over until we rebalance power and redistribute wealth in this country for good.”

Uniting a fractured left and building a 21st-century socialism is no mean feat for any organisation, and at its heart that is exactly what Momentum – should it find a longterm purpose – is setting out to do. Emma and Adam have helped set that journey in motion, but this young movement will need to grow and develop to actualise its grand plans.

On a more practical level, though, Momentum and its members want to open up our political system to those who for so long have found it unwelcoming and inaccessible. The fact that these two teachers from Birmingham found themselves at the heart of one of British politics’ most exciting and potentially powerful organisations suggests Momentum is already bashing down those doors.

Linkedin
RELATED ARTICLES
OTHER ARTICLES
A new film from Berghaus traces the story of Adam Raja, who left behind a turbulent upbringing to discover the healing power of climbing.
Campaigners reflect on what the supreme court’s decision to allow buffer zones in NI means for the future of reproductive rights in the UK.
A new law change is enabling Britain’s donor-conceived children to know the truth about their origins – but campaigners say the fertility industry must do more to protect people.
David 'Dee' Delgado’s photo project is about honouring and uplifting the city of his youth, and a world rapidly disappearing under the relentless onslaught of gentrification.
From snake handlers to mardi-gras revellers, Tom “TBow” Bowden’s photos provide a snapshot of the wonderful and weird people who make up America.
A new podcast is opening up the conversation between trans women and trans amorous men in the hope of building coalitions.