News & Politics / Activism / The Panama Papers: what happens next? 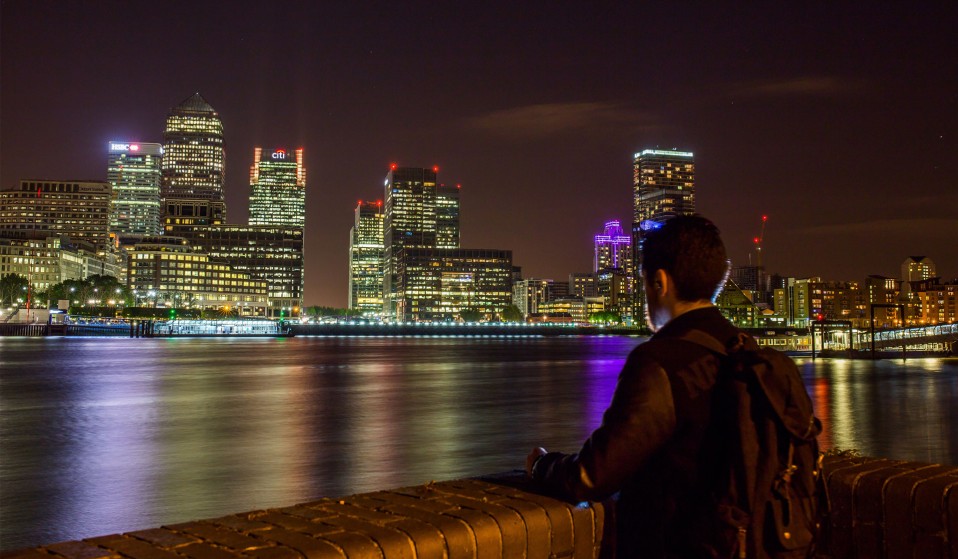 After the biggest leak of offshore financial data in history, will anything change? We asked author and tax haven expert Nicholas Shaxson.

After the biggest leak of offshore financial data in history, will anything change? We asked author and tax haven expert Nicholas Shaxson.

The significance of revelations contained in the so-called Panama Papers is less about tax, more about the cloak of secrecy that shields the wealthy and powerful from accountability. Iceland’s prime minister Sigmundur Davíð Gunnlaugsson became the first high profile victim of the leak after he was forced to resign, but he’s just one of twelve national leaders and 143 politicians, connected family members and business associates implicated in the documents so far.

This may be the biggest leak of its kind in history, but the offshore industry has been running rings around regulators for decades. Previous high-profile disclosures, such as ‘Offshore Secrets’ and ‘LuxLeaks’ have lead to few prosecutions (except for the whistleblowers involved) and scant reform. After the fuss dies down, will things just go back to business as usual?

Nicholas Shaxson is an expert on the offshore financial industry, activist with the Tax Justice Network and author of Treasure Islands: Tax Havens and the Men Who Stole the World. He also wrote the brilliant explainer essay in photographers Paolo Woods and Gabriele Galimberti’s award-winning documentary project on tax havens, The Heavens, which featured in Huck’s Documentary Photography Special III.

We asked Nicholas how significant the Panama Papers are, what countries can do to fight back against the devious offshore financial industry and who should lead the charge for reform.

How much do the Panama Papers advance our knowledge of the offshore financial industry?
This Panama Papers leak should not be considered a tax story. A lot of people are turning it into one, but this is about so much more than tax: it’s about hiding and secrecy.

People working in this area have long known this has been going on, but it’s fantastic to see the emails and the outrageous attempts to deceive law enforcement. And then the denials: the people who run the firms saying, ‘It’s all a witch hunt’, ‘People don’t understand’ and ‘There’s nothing wrong with this’ – the usual tax haven nonsense. They’ve just been caught with their pants down and said, ‘It wasn’t me’.

How much weight could it add to calls for reform?
It has added a huge political impetus to reform, which was already building up but this is going to amplify a wave that’s already moving. We are going to see some changes because of this.

Are governments able crack down on the offshore industry?
I think they can. There is the scare story put out there that, ‘Oh you can’t do anything because it will all just go somewhere else.’ But that is wrong. That does happen to some extent, but you can still do a huge amount, both through international initiatives and countries acting unilaterally.

Panama is at the sleazier end of the whole offshore financial industry spectrum. You can crack down in the more reputable jurisdictions, which will respond to international initiatives and will do things in response to public pressure. Lots of people are prepared to put their money in a British territory who would never put it into Panama, because it’s a crazy, corrupt developing country. There will still be people with strong stomachs who will still do stuff in Panama, but seriously cracking down on British territories will make most people say, ‘OK, transparency’s coming, we’ll stop the nonsense now.”

What’s being done on the international level?
There are big international initiatives. That’s where the most attention is now being paid and I think there’s going to be a lot of progress. Most countries, including most tax havens, have agreed to set up a new information sharing mechanism that will be up and running in 2017. It’s full of loopholes and exceptions, like the US, which won’t be participating properly. So there are lots of problems, but it will be a big improvement on an appalling past.

What can countries do unilaterally?
It’s better if there are international agreements but countries can still act unilaterally. If the money runs away in response to clean up efforts, that’s generally the stuff that harms the economy anyway. The good money will stay, the useful everyday banking that’s embedded in the real economy. If the risky, speculative nonsense that is all about tax-dodging runs away, the economy will be better off as a result.

Politicians need to regain their courage and not worry about all these threats that the money’s going to run away. I think we should call big companies and big banks’ bluff more often. Don’t be scared of threats is the key message.

The Panama Papers are mostly about offshore companies and trusts, about people gaining secrecy through those. So the best response to that is to get countries to collect information about the real owners of those companies and publish that information.

Huge sections of British real estate, for example loads of prime London property, is owned by offshore companies. Who are the owners of these companies? We need to know. When most people buy a house their name will be published by the Land Registry, but you can dodge that by setting up an offshore company. So stop all of that nonsense and make sure every warm-blooded owner of a property is made public knowledge – just like the rest of us.

Who are the powerful groups pushing back against reform of tax havens and how do they work?
You have to look at the architects of tax havens, the people who put them together and make them tick. You have the law firms, the offshore law firms who usually have offices all over the world; the banks – particularly the big global banks but also lots of smaller private banks too; wealth management officers, accountancy firms – very important particularly when you’re talking about tax. Those are the main players.

How big is the UK’s role in all of this?
The UK is a special case because it runs a network of tax havens around the world, the Overseas Territories and Crown Dependencies. It can force them to change. It pretends it can’t, but it can end their secrecy laws.

The UK can also clean itself up. I think also attention needs to focus on other areas beyond tax and secrecy. This is also about finance, this is about the City of London helping people escape observation. This offshore mentality is what turned the City of London into a hotbed of financial deregulation and helped drive the global financial crisis.

In your book, you talk about the City as an offshore centre itself – can you clarify its status?
When I talk about the City of London, we really mean the UK financial services industry. The City of London Corporation has  slightly offshore-ish tax characteristics, but it’s not about tax: the UK itself is a very much an offshore jurisdiction. We’re mostly talking about banks from other countries coming to London to do stuff they’re not allowed to do at home.

What do you make of the UK Conservative government’s noise about tax haven reform – given what we know about prime minister David Cameron’s personal tax haven links, and the huge support his party receives from offshore donors and the UK financial industry?
The noise around tax haven reform does have some substance and that is because the noise is led from the street; it’s not led from Westminster and that’s why they’re having to actually do something about it.

Offshore finance used to be a very arcane area that nobody except for people in the banks really knew much about. Now there’s a lot of expertise around it. NGOs are making noise about this stuff and coming forward with some very powerful, very technical recommendations for reform. Politicians can’t get away with nice words and pretending to do things – ultimately it’s because of the heat from the streets that they are actually doing something.

Find out more about Nicholas Shaxson’s work and the Tax Justice Network.

Linkedin
RELATED ARTICLES
OTHER ARTICLES
The two-day long event returned to London this year, showcasing a spectacular parade, steel bands and Caribbean food.
A group of young Palestinians have found temporary freedom in the act of parkour, reimagining wreckage and ruins as a series of high-octane playgrounds.
Following the announcement of an 80% hike in the energy price cap from 1st October, crowds gathered outside the offices of energy regulator Ofgem to protest and declare their intention to undertake a payment strike.
Financial turmoil is pushing people who work in the sex industry into more dangerous and desperate situations as a means of survival.
A new project is documenting formerly incarcerated people as they transition back into civilian life.
Ahead of the release of their first collaborative album, the producer and rapper talk psychedelics and the state of UK hip hop.