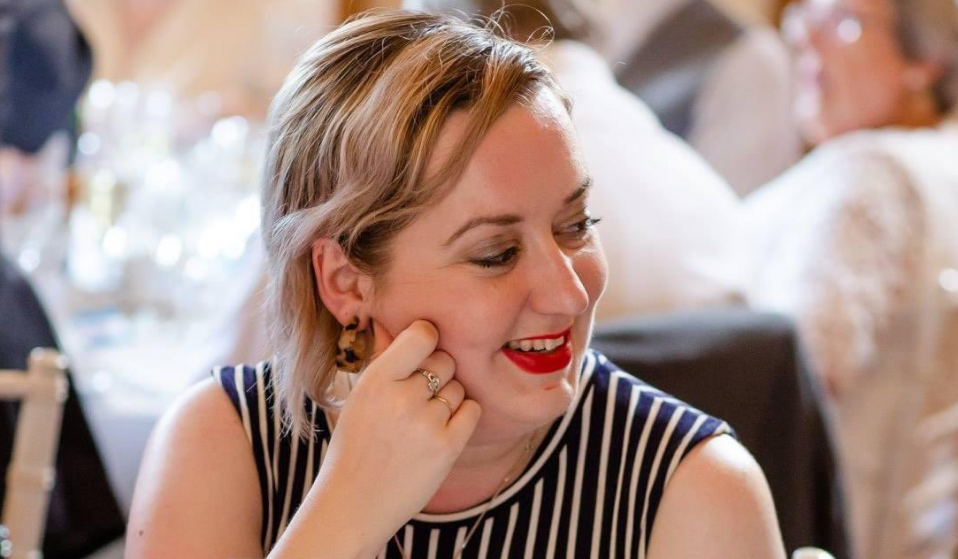 Ben Smoke pays tribute to a colleague and friend whose talent and kindness will be sorely missed.

Last week, Dawn Foster passed away suddenly and unexpectedly at the age of 34, after suffering from a long-term illness. Ben Smoke pays tribute to a colleague and friend whose talent and kindness will be sorely missed.

Over the weekend a banner appeared on a bridge over the River Lee navigation in Clapton, east London. Daubed in paint were the words “Dawn Foster Forever”. On Saturday, I went out for a walk along that very river, turned a corner, and was presented with it. As I approached it I felt myself crumble.

Last week, Dawn Foster passed away suddenly and unexpectedly at the age of 34, after suffering from a long-term illness.

Dawn and I weren’t the closest of friends, to say we had daily, weekly or even monthly contact in the last while would be a gross overselling of our relationship. We were friends though, professionally, politically, and personally. Comrades in class and so much more.

I’ve been putting off writing this piece. Each day I’ve woken, ready to try and pen something worthy of her, something that would speak to her, her talents, her foibles, her ambitions, her essence, and her memory. Each day I’ve come up short.

There have been many beautiful tributes written about her, and, having read them all, I still don’t know how to begin to commemorate her.

When I first started editing at Huck, back in 2019, I was terrified of her. The sheer power of her talent, the clarity of her thought, her acerbic wit, not to mention her platform struck the fear of god into a young, green editor. In many ways, I was right to be terrified. She was and is a formidable woman. A talent with a tenaciousness that simply would not stop.

The thing is, despite her talent. Her platform. Her passion, her fury, and her fire, she was graceful and generous in a way that so few are.

After a while, we got to know each other personally. I scrolled back through our DMs the other day and found the message where she said “What’s your WhatsApp btw? I wanna bitch with you x”. She was one of the very few people that understood the ridiculousness of the world that we both found ourselves in.

She was the most phenomenal gossip. A WhatsApp, call or DM from Dawn meant a gasp, a shudder or a rip-roaring laugh. The kind of screech one would have to time, such that if you saw a message come in, you would seek to sequester yourself in a quiet corner of wherever you were to digest and delight in her wit and wisdom.

As I scrolled through our chats earlier today her acerbic and pithy putdowns and takes painted themselves over me once again. Her asides would rip my sides apart, I’d screech as she’d look on, nonplussed, like she’d uttered the most reasonable sentence in the world.

It was this power, terrifying and intimidating that made many fear Dawn, amongst her many other talents, but beneath, I knew a woman who was supportive and generous almost to a fault.

One Boxing day afternoon, not long after we first got to properly know each other, we sat in a pub in Kings Cross drinking together, pouring out the colours and tones of our lives into the pints that sat before us. Her life story isn’t mine to tell, but we sat and treaded water in the similarities between ours. We howled at the ridiculousness of our adolescent predicaments and consoled each other as we traversed the spikier parts of our respective stories. From that moment on she was one of my fiercest champions. Every time I had a question, or hesitation, I’d text her and ask her for advice and she’d be there. The generosity, kindness and time she gave me was perhaps unbecoming of someone with her talents. She simply did not have to be concerning herself with a helplessly chaotic kid in the shape of me, and yet she did. Every single time.

Dawn wrote for Huck for years and her death has hit all of us. It was before my time but I’m so proud that we published some of her thoughts on transphobia that make up part of her unending public support, love and solidarity with her trans friends and comrades. I’m so lucky that I got to read and edit her thoughts on class, feminism, disability and so many other topics. Outside of Huck, her writing, thoughts and campaigning on things like housing, particularly Grenfell, continue to shape my thinking every day. The way she thought, the way she spoke, joked and fought against those who needed fighting against will continue to colour my view of the world and scorch the unflinching boldness that Dawn occupied into my thoughts.

Dawn was unwieldy. She was fucking petrifying. Impressive. Supportive. Generous. Kind. Sometimes rude but only ever in the best way. In a way, only she could get away with. Unrelenting. Indefatigable. Unimpressed by ego or status. Single-minded in her hope and belief in a better world.

She was a woman like no other and I’m so fucking furious I have to write this and finally say goodbye. Even more furious that I know if she were here watching me write this through tears she’d caustically call me a twat before doing a heavy but weirdly graceful pivot into the most salacious gossip I hadn’t yet heard.

It feels like we’ve been robbed as a movement, as a people, of her thought and her passage through an increasingly coarse and hostile world. We are lesser for her death. Lesser without her voice. Her energy and her conviction.

Every time the sadness threatens to overwhelm me, I think back to that banner hanging over the River Lee.

We owe it to her, and to us, to keep on fighting, forever. 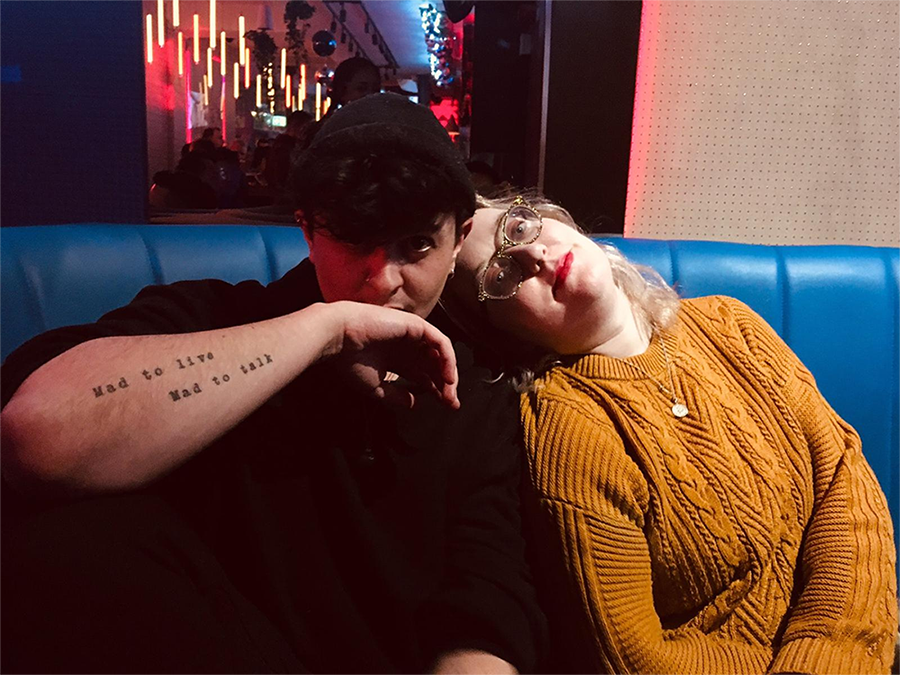 To honour Dawn’s memory it is being suggested donations are made to charitable causes she cared for and supported including Ace of Clubs and the Dogs Trust’s Freedom Project.

Linkedin
RELATED ARTICLES
OTHER ARTICLES
Jermain Cikic reflects on his experience of visiting the island of Samos, Greece, in the summer of 2021.
In 1984, Martin Shakeshaft set out to document the miner’s strike as it really happened, using his photography as a tool for activism.
The musician, DJ and founder of Monika Enterprise reflects on a career defined by revolution and rule-breaking.
Photographer Melanie Nissen recalls capturing the characters, fashions and rarefied chaos of a rapidly-expanding set of punk bands who helped to redefine the genre.
A new book traces the legislation’s tumultuous history and the lasting impact its had on LGBTQ+ activism today.
In Sheffield, food delivery drivers are fighting back against one of the giants of the gig economy.