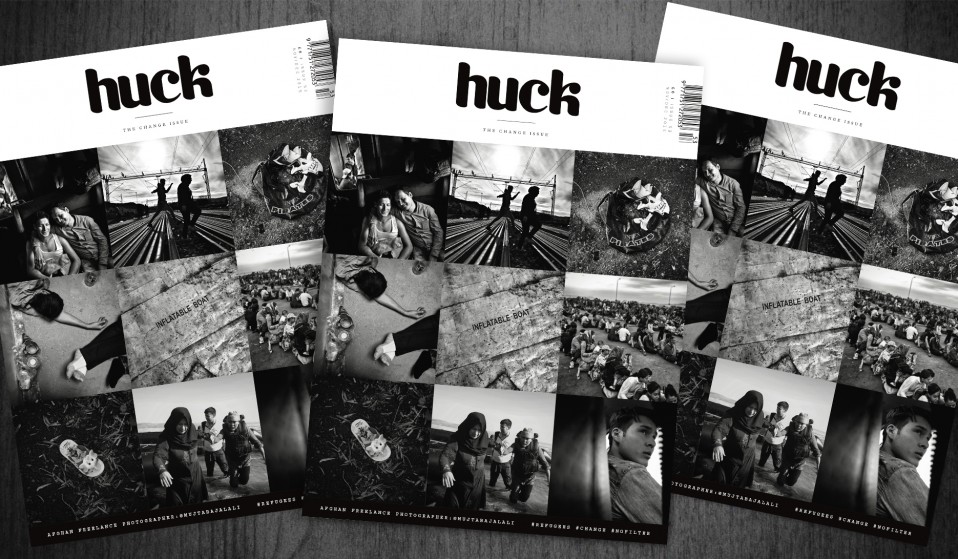 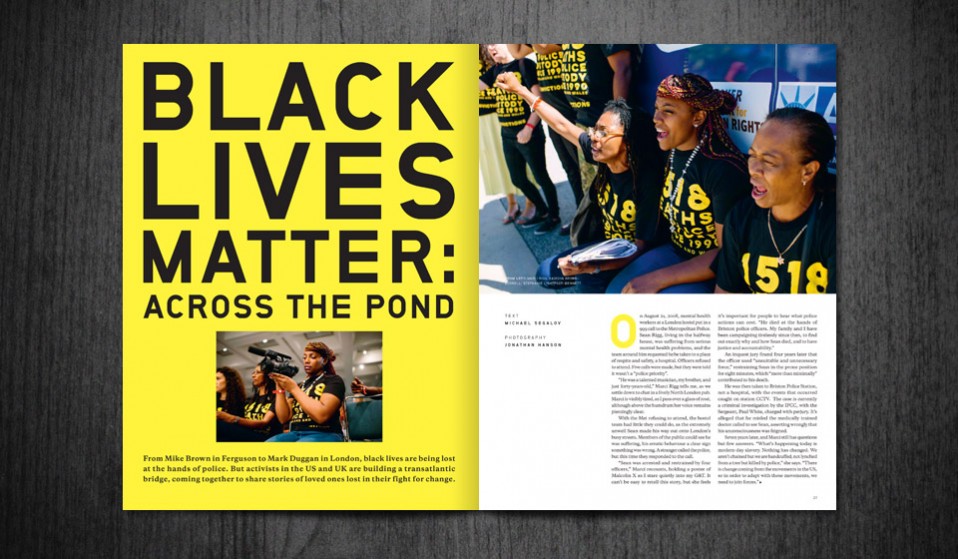 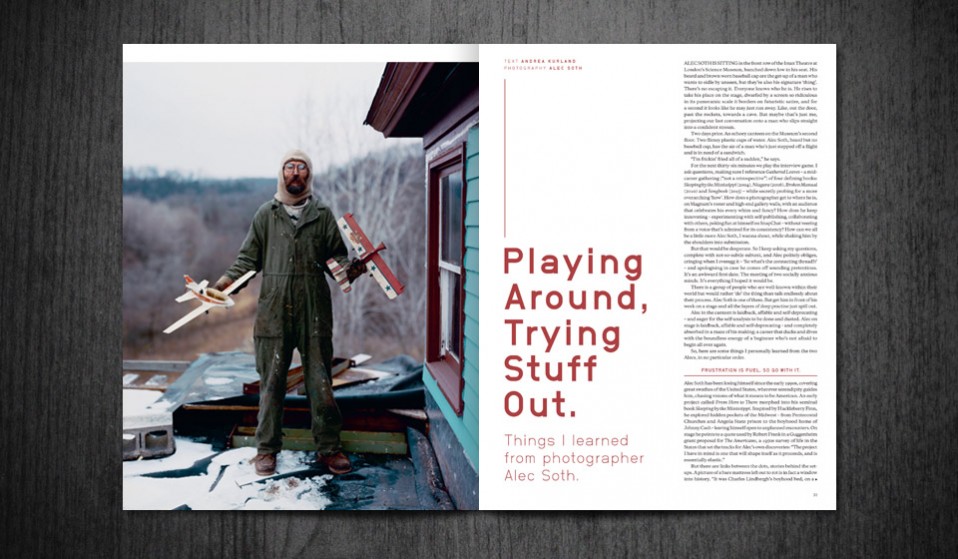 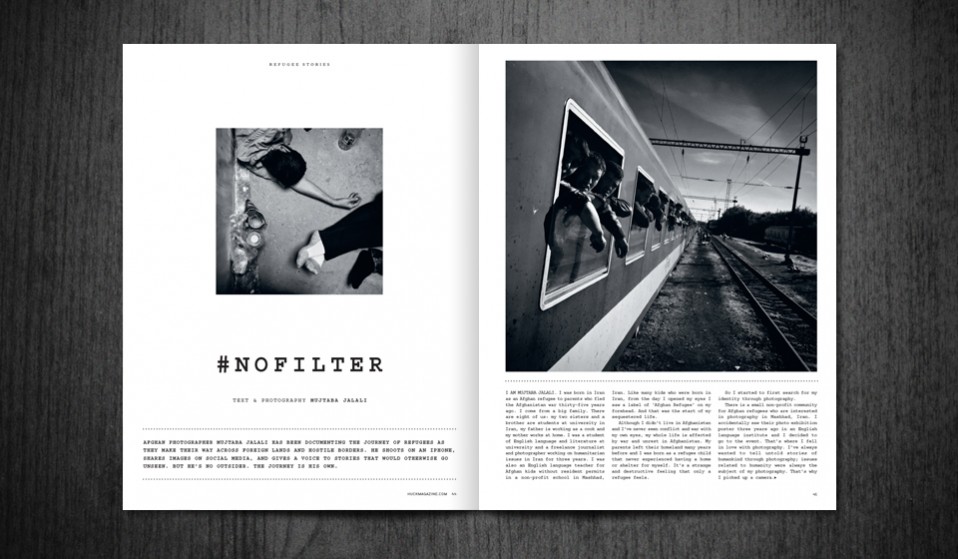 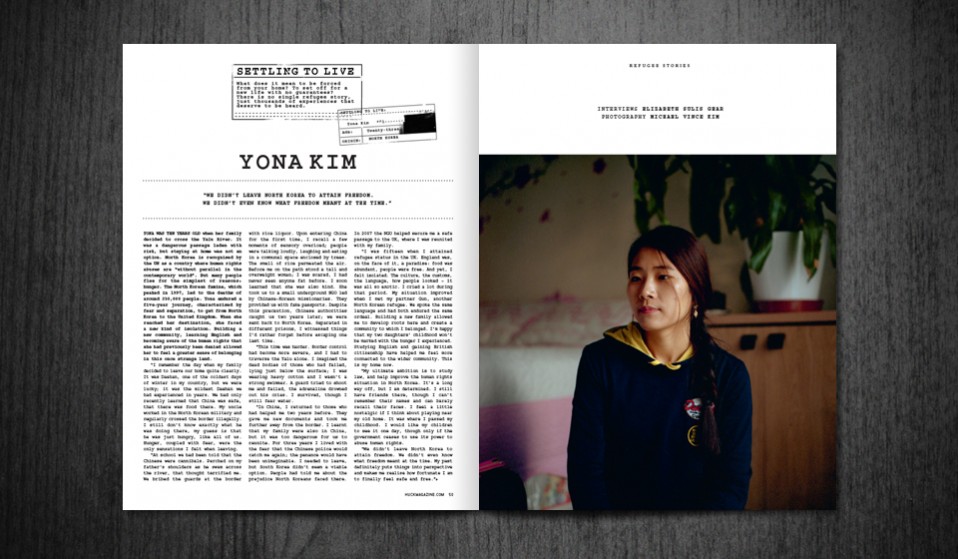 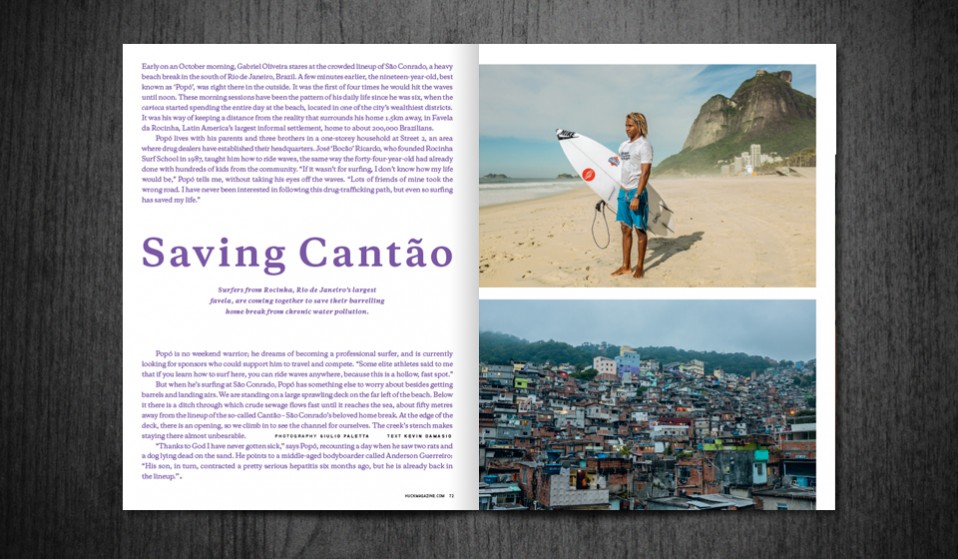 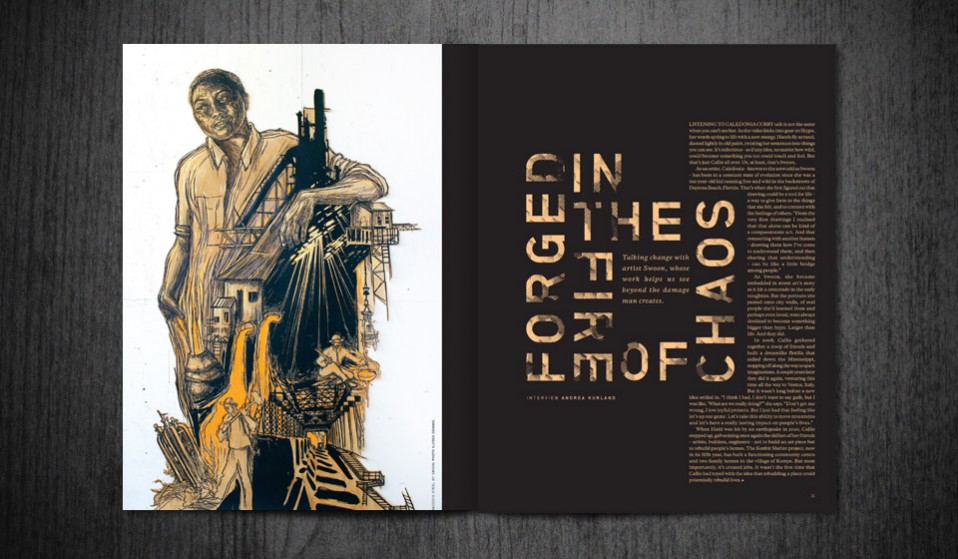 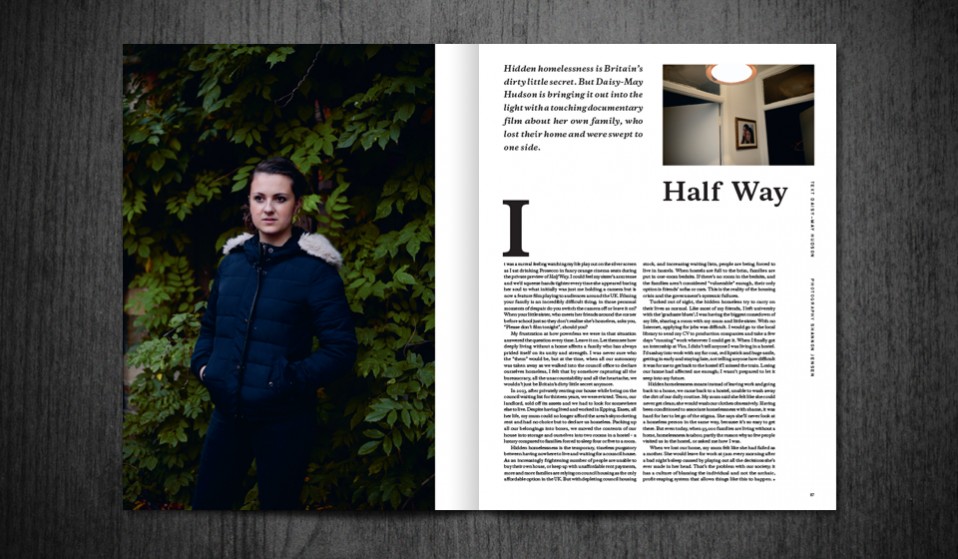 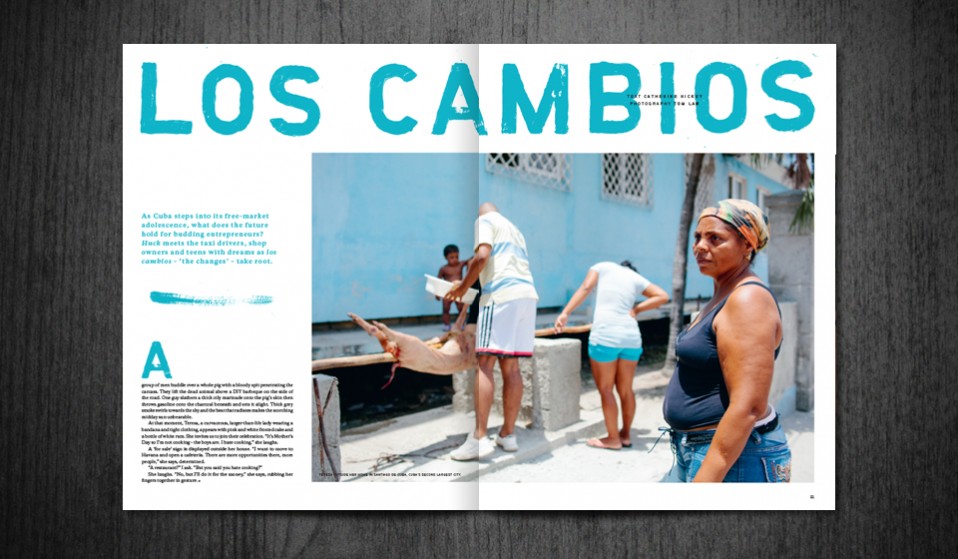 Change is the current that keeps us flowing forward. Will you be swept away by the actions of others, or build a raft and paddle for your life?

Change is the current that keeps us flowing forward. Will you be swept away by the actions of others, or build a raft and paddle for your life?

At the beginning of this year, we set ourselves a mission: to follow the trajectory of a great idea as it evolves to become a great life. It felt like the natural next step – to go in search of a kind of indie culture manifesto. We’d spent the best part of a decade hearing pretty incredible stories from pretty incredible people – from how Spike Jonze shook up Hollywood with his skate-rat aesthetic, to how Cat Power educated herself on Southern soul; from Mos Def’s revolutionary roots, to the rise of Dave Eggers’ independent empire. But we’d never slowed down long enough to consider how these stories pan out over time, and all the phases that we go through as individuals, no matter how we choose to live our life. So this year we decided to break things down a little, starting with… the very start.

The Origins Issue was all about roots – and all the ways our formative years shape us. We heard from people about how they got their start, and the experiences and inspirations that first triggered them into action. In Survival, we explored how they keep going, often against the odds. With Adventure we took a detour into the wild for some much-needed creative renewal, and heard from people who are finding new ways to shake up their everyday lives. For our Fiftieth Issue Special we paused to reflect on lessons learned, treating ourselves to fifty personal stories from fifty people we admire. And now – after a short detour for our annual Documentary Photography Special – we’ve arrived at Change, the only constant in a world that’s fraying at the edges.

In this issue, the last one of the year, we’re tackling change head-on and interrogating all the ways it breaks and makes us. We’ll hear from people who refuse to sit still when change manifests as crisis, and from others who have lived through that chaos and come out the other side. We’ll see what it means when entire communities fight back and become changemakers in their own right. And we’ll learn from all the round pegs in square holes who are finding ways to change things up – playing around, trying stuff out – and propelling us all forward in the process. 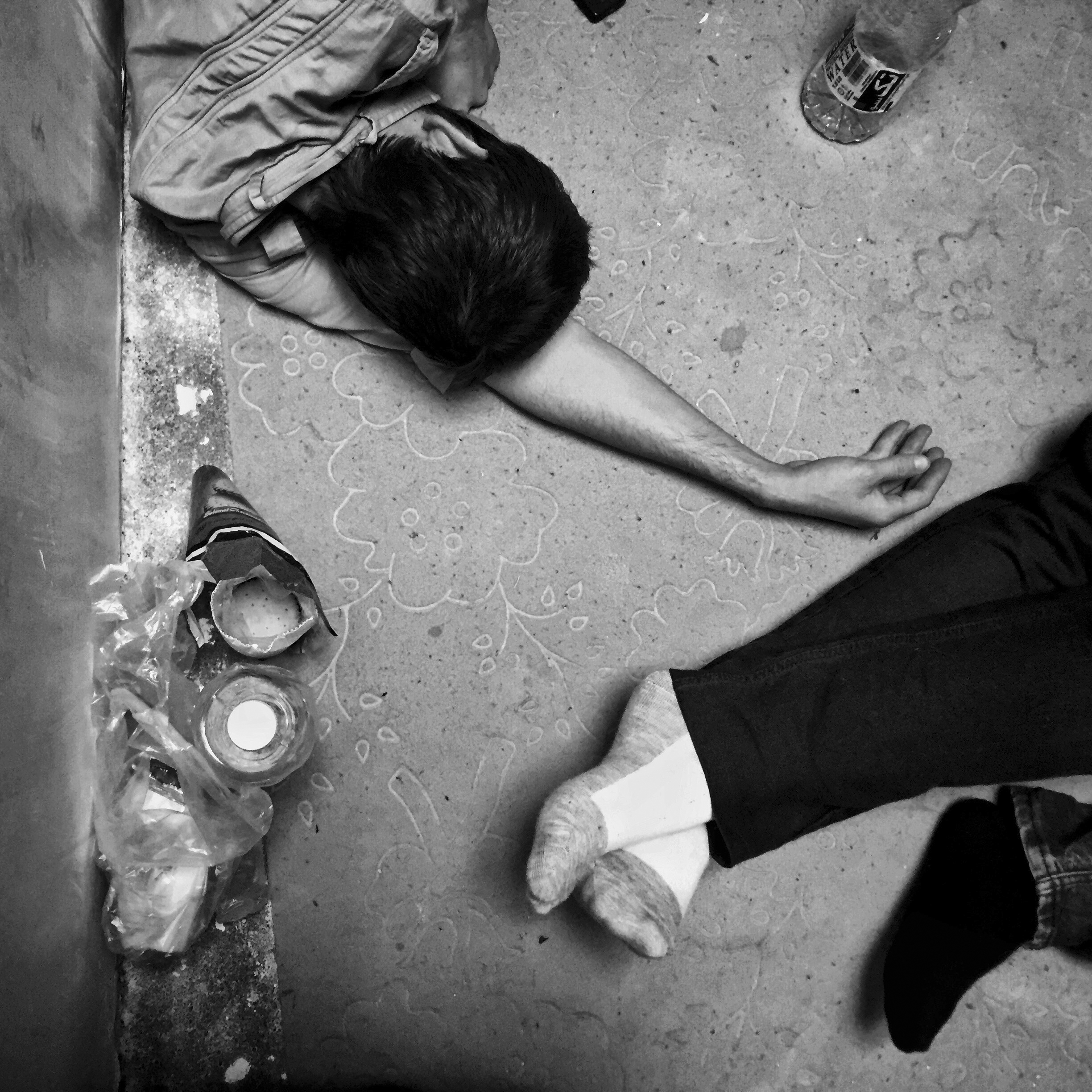 Mujtaba Jalali: Our cover story photographer has been documenting the journey of refugees as they flee war and conflict. But he’s no outsider. The journey is his own.

Swoon: From street artist to hands-on activist, Caledonia Curry is using her empathic eye to help communities rebuild their own lives. In this exclusive interview she opens up about how a broken childhood became her creative fuel.

#BlackLivesMatter Across The Pond: Meet the British and US activists building a transatlantic bridge, swapping stories of loved ones lost at the hands of police in their ongoing fight for change. 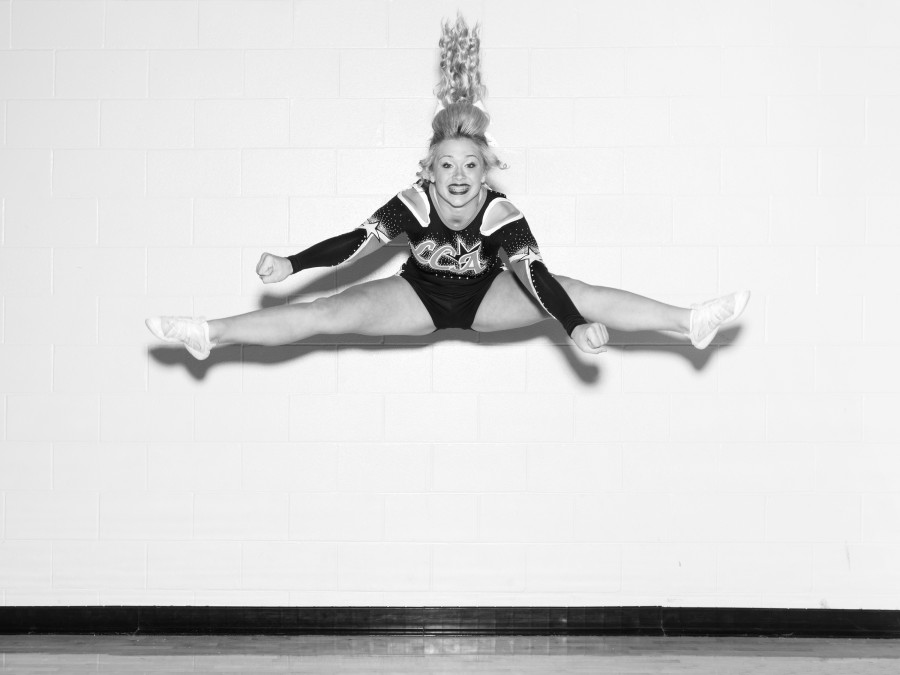 Alec Soth: Lessons learned from the Magnum photographer who’s not afraid to try new things, reinvent himself, and be a beginner again. Ahead of his show, Gathered Leaves, at Media Space, Science Museum London (runs until March 28, 2016).

Hidden Homelessness: When Daisy-May Hudson’s family had to declare themselves homeless, she picked up a camera and documented their experience so they wouldn’t be swept to one side. 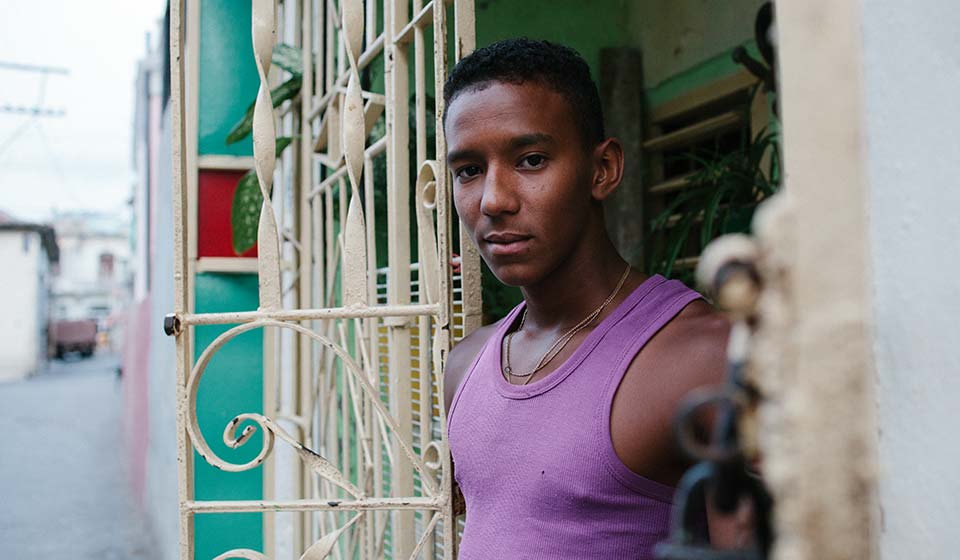 Cuba’s First Entrepreneurs: As Cuba enters its free-market adolescence, allowing people to be self-employed for the first time, we meet the taxi drivers, cafe owners and teens with dreams taking advantage of Los Cambios – ‘the changes’.

Kiev Insiders Guide: Get to know the city as it moves beyond the changes sparked in Maidan Square, courtesy of the bands, filmmakers and creative upstarts who are bringing a new energy to its hard-worn streets.

Paul Mason’s Post-capitalist Future: Get a tour of the world you’re helping to build with writer Paul Mason, as he lays down his vision of a post-cash, post-capitalism, co-operative utopia that may be just around the bend. 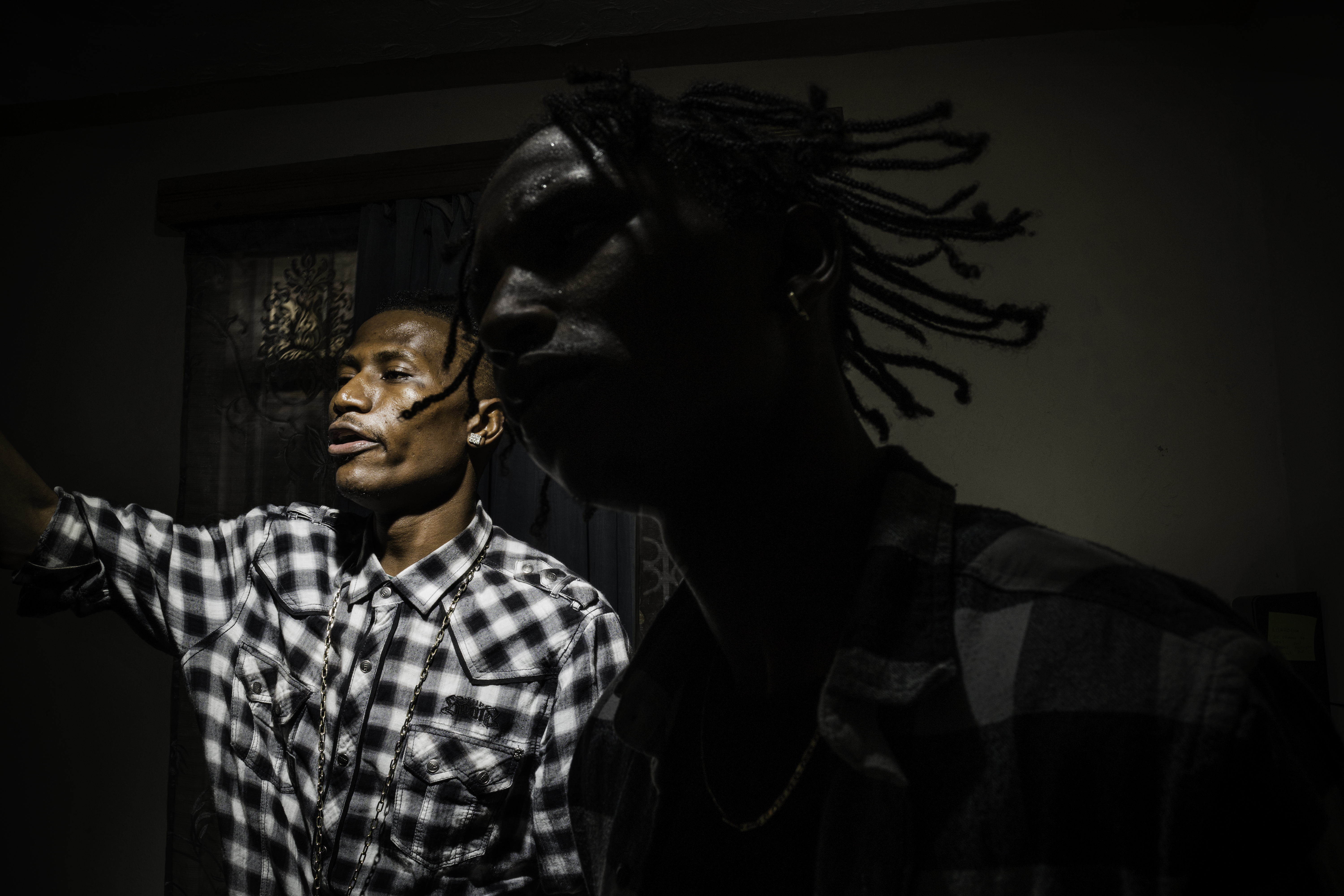 Octopizzo: The Kenyan rapper calling shit on foreign aid is offering true upliftment by engaging with the youth of Kibera, and refugee camps throughout West Africa.

Chris Wilson: Artist, writer and the subject of Huck’s new film series, Prison Da Vinci, found himself in prison aged 16. Change, he says, isn’t a turning point but something you channel and work on for life.

Zydeco Cowboys: Deep in the Louisiana countryside, Creole cowboy culture is fusing with hip hop and shaking up the Zydeco old guard.

Dr Dave: The New York City doctor who loves his Harley and is covered in ink, but spends his days removing bad tattoos for free so that other people can move on with their lives.

Julia Harriman: She had the archetypal London life – but changed everything just to get out. 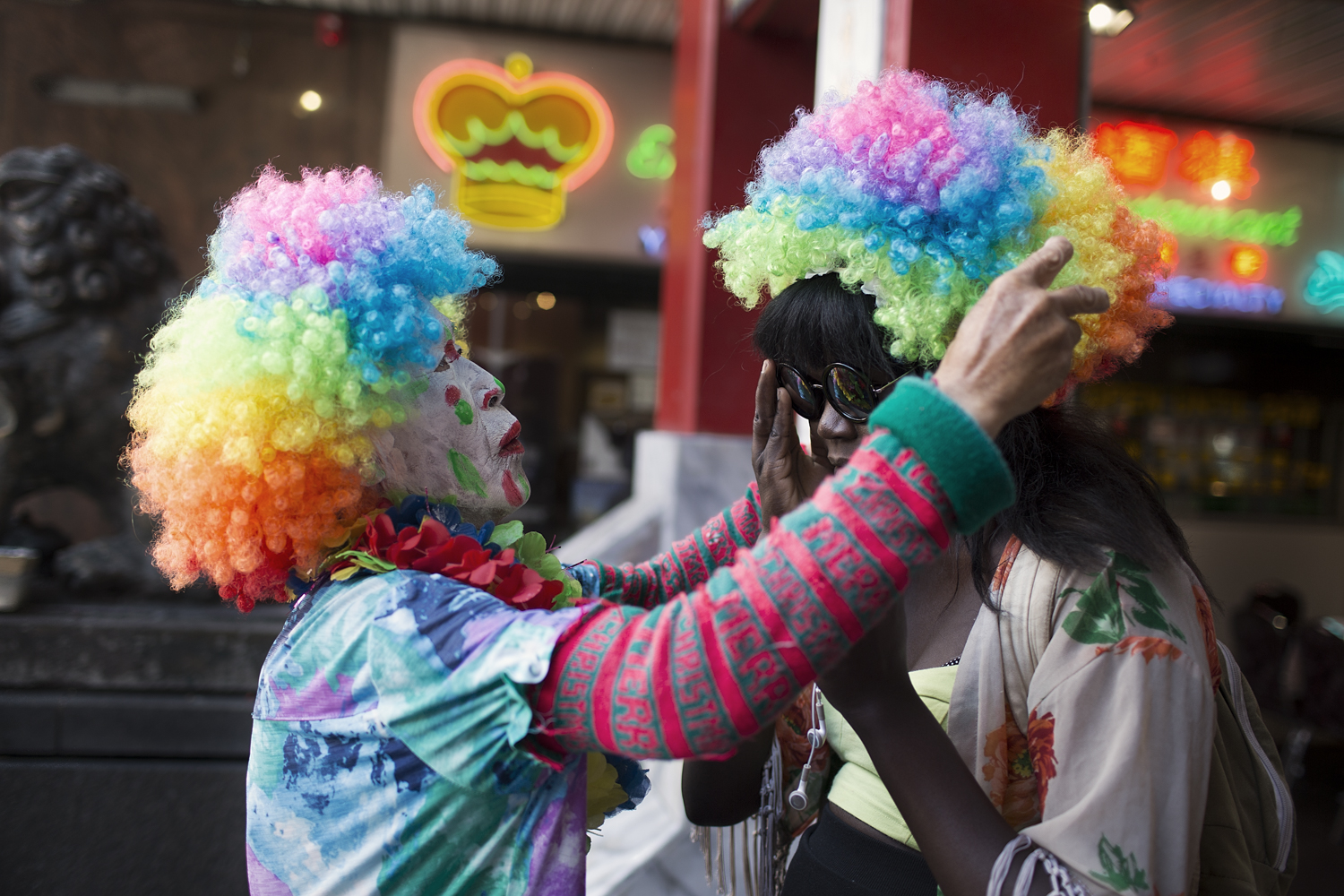 From South Sudan to Downunder: In suburban Australia, South Sudanese teens that once fled war are forging a new collective identity.

Rio Surf Activism: The surfers of Rocinha, Brazil’s largest favela, are fighting to save their beloved home-break from man-made water pollution.

Subscribe today to make sure you never miss another issue. Buy Huck 53 – The Change Issue in the Huck Shop now.

Linkedin
RELATED ARTICLES
OTHER ARTICLES
Iranian women are much more than their own country and the West perceive them to be. A new project by London-based Iranian photographer Keymea Yazdanian reveals the truth.
Ali Boulala went to prison following a tragic motorcycle accident that left close friend Shane Cross dead. Now Sweden’s fallen skateboarder is ready to speak out.
HUCK travels to West Chester, Pennsylvania, to get up-close and personal with Bam Margera, skating’s most recognisable star.