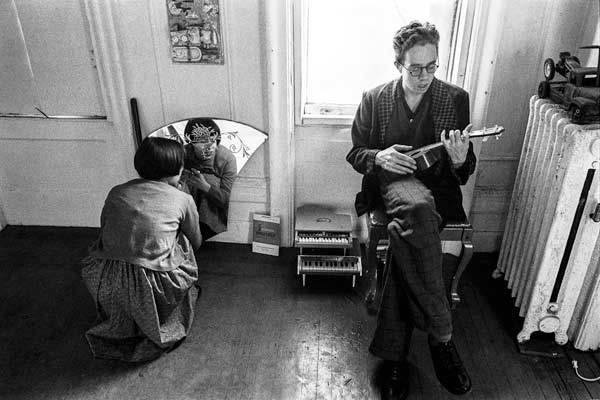 As 2015 revs into second gear, there's fewer windows for being bored at your desk, so for your weekend reading — and viewing — pleasure, here are the most popular pieces on the site this week as chosen by our readers.

It’s the weekend. You’ve been working hard and can still smell the boss’s breath from the back of your neck. You probably haven’t had time to scour the internet for what really interests you. The little kid inside wishes you’d had time to look at all of the world’s best treehouses. The activist inside is sighing that you didn’t take just 15 short minutes to watch the second episode of Huck Across America. Every part of you wants to know why #foxnewsfacts is still something evertyone was talking about. Need to get up to speed with all of this? Huck’s shortcut to getting informed means you won’t be left out of any conversation this Saturday night.

This Week’s Most Popular Stories on Huckmagazine.com:

1. Huck Across America: Another Home: Life Beyond The Border

Our latest mini-doc dispatch from the US looks at the border debate — including an up-close glimpse at how single moms are forced to wear ankle bracelets.

We’re excited to announce our first book, out March 3. Read all about it — and you don’t have to take our word for it, here’s what Cool Hunting has to say about the book.

Poverty, drugs and crime were kinda big and the streets were kind of gnarly. See it all through New York photographer Ken Schles’ eyes.

5. From Ecuador to Aukland, 13 Unbelievable Treehouses

6. #foxnewsfacts — That Time Fox News Warned Birmingham Was a no-go zone for Non-Muslisms

Fair and balanced Twitter updates us that it’s gotten so bad that kittens are wearing hijabs — out of fear.

After the Charlie Hebdo attack, a look at homegrown satire in the Islamic world.

A stunning study by those who stay behind after the adrenaline junkie war photographers pack up.

Rupert Murdoch’s executive trolls have brought back topless models on Page 3 — it time to get creative.

A mini-doc by the Spring Breakers director that will make you want to leave civilisation behind.

Linkedin
RELATED ARTICLES
OTHER ARTICLES
Hackney Bumps is a DIY sanctuary in the heart of East London, home to a thriving diverse community of skateboarders – and beyond.
How the sounds of nature, air force bases, walking across the country, Windrush and synthesisers have influenced one woman’s journey through music and life.
As the cost of living crisis bites, letting go of treats to keep us going is proving difficult – but we should’t just blame ourselves for our financial worries.
Proponents of personality tests argue that they’re necessary to find the best person for the job – but in practise, they’re often discriminatory.
A new documentary tells the story of an unassuming cul-de-sac of 13 timber framed houses built by Fusions Jameen – London's first Black housing co-op.
Photographer Nico Froehlich’s series documents South London’s diverse communities, while also reflecting on their fragility amid rapid gentrification.