Art & Culture / Chaos and community in British photography since the ‘60s 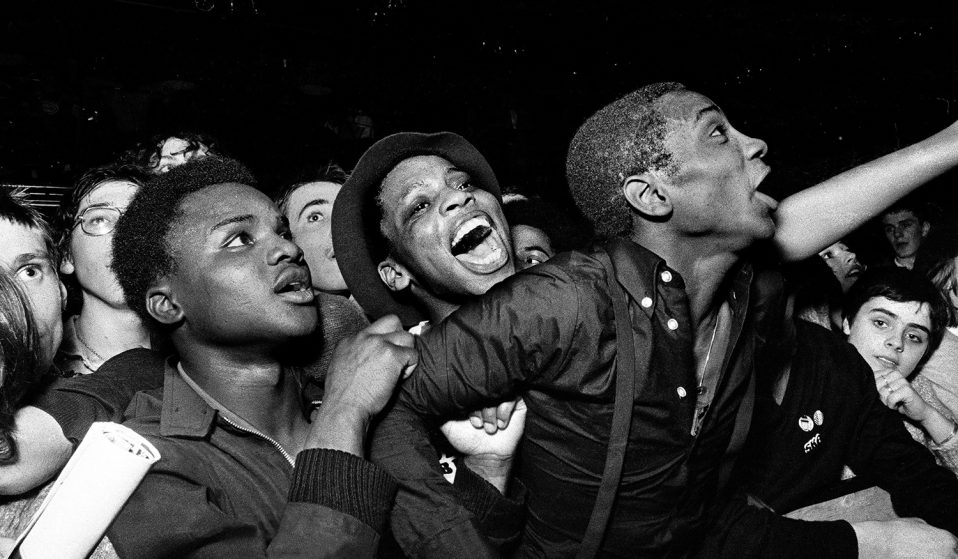 An ongoing exhibition brings together the work of leading postwar British documentary photographers.

An ongoing exhibition brings together the work of leading postwar British documentary photographers, capturing both the political struggles and everyday life.

While working on Martin Parr’s first retrospective exhibition in 2018, curator and filmmaker Ralph Goertz became fascinated by the development of British documentary photography over the past 60 years. He began thinking about the importance of elevating the work of photographers who were sometimes unexplored or forgotten alongside celebrated figures like Parr and David Hurn.

With the recent publication of Facing Britain: British Documentary Photography Since the 1960s (Walter Konig), which accompanies a touring exhibition of the same name, Goertz does just this. Bringing together the work 48 photographers including James Barnor, Tish Murtha, Alys Tomlinson, and Tony Ray-Jones, Geortz explores different eras of economic expansion and decline, political movements and crises, and scenes of everyday life in Britain. 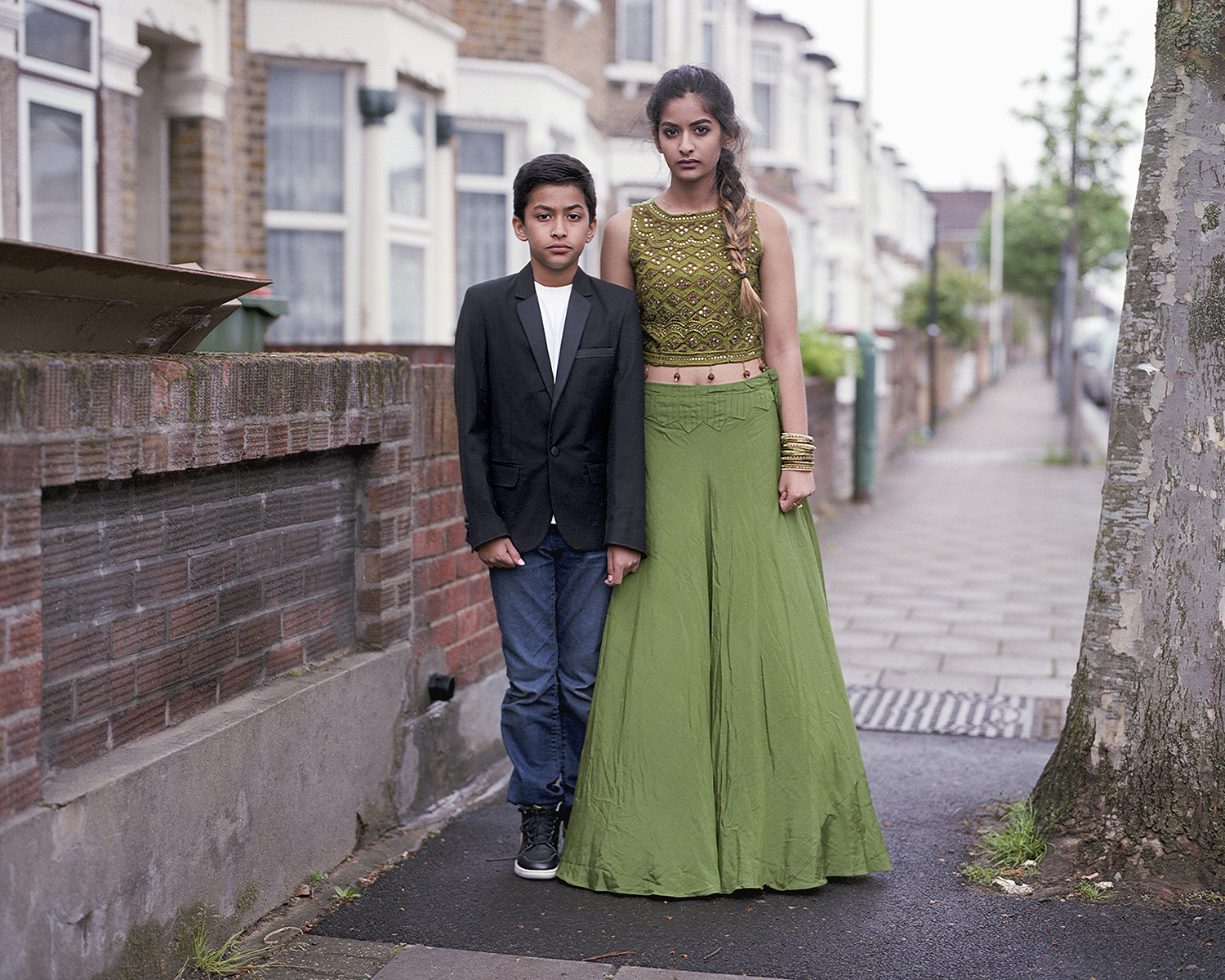 “The strength of British documentary photography is that it always starts as a reaction to political and social struggles,” says Goertz. “All protests, conflicts, financial booms, and industrial declines have shaped these photographers, their attitude and empowerment.”

Goertz also cites education, women’s empowerment, and a more inclusive society as having a deep impact on the development of the form, as photographers fight alongside the people for their voices to be heard. “Most of the photographers worked on their series as independent artists, which is very unique,” he says. “It was very impressive to see them express a special relationship or attitude on a specific issue or topic, and just doing it.” 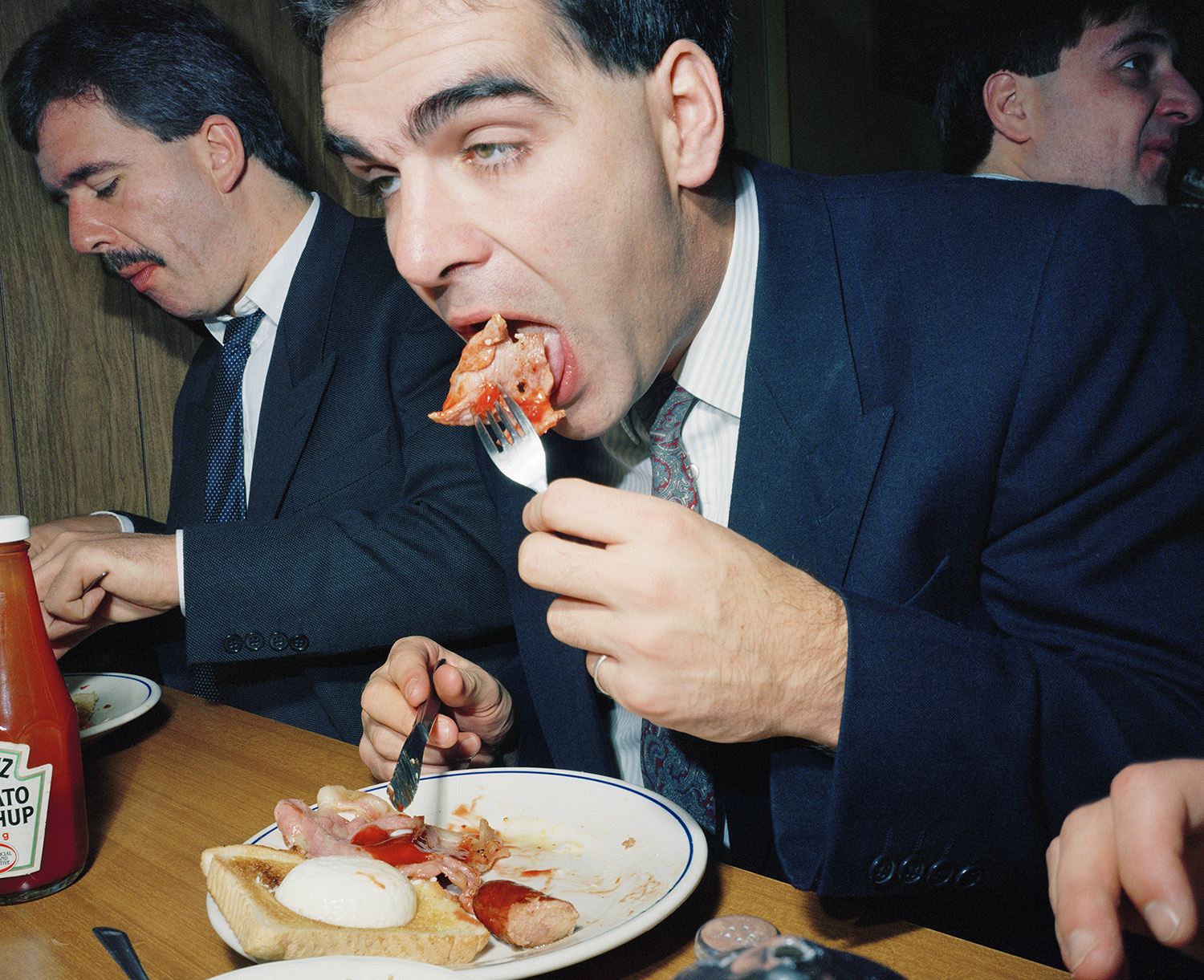 Fortunes are being made that are in line with the dreams of avarice, 1987 (c) Anna Fox 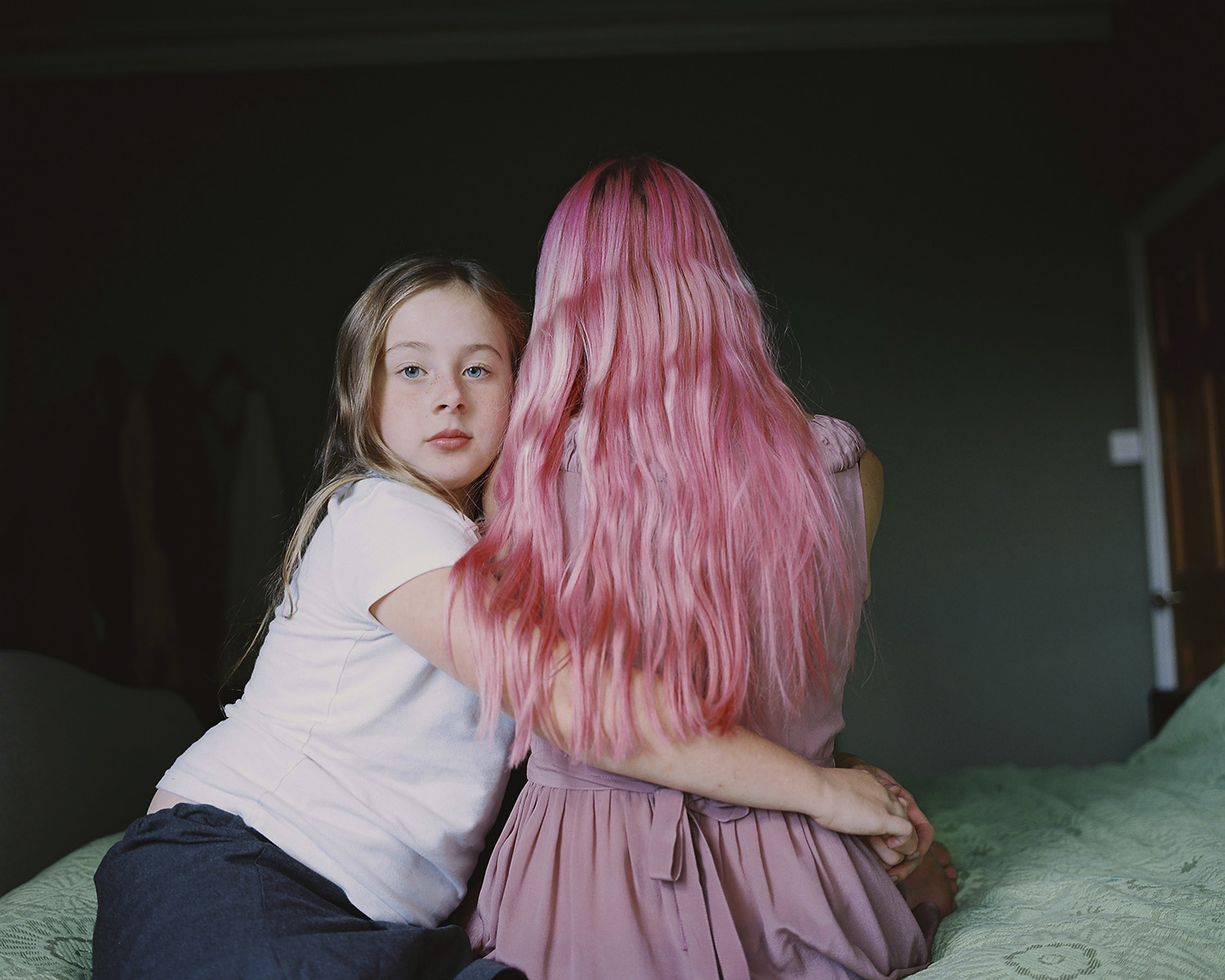 Inspired by Cornel Capa’s notion of “the concerned photographer,” many British documentary photographers have long recognised the camera as a tool for social justice. “Photographers like Mike Abrahams, Dave Sinclair, Homer Sykes, Syd Shelton and Chris Steele-Perkins are part of this group,” says Goertz.

“John Davis’s brilliant landscapes are strong photographs that can stand alongside works by Ansel Adams. But if you read the context for a photograph like ‘Ffestiniog railway, Blaenau, Ffestiniog, Snowdonia’ (1994), it punches you in the stomach. That romantic small town is toxic from nuclear materials to this day.”

Seeing himself as an outsider due to his German background and education, Goertz looks to bridge his own view of photography with those working in the UK. “I see photography as a dialogue. Some photographers are great observers while others are more active or more part of the scene,” he says. 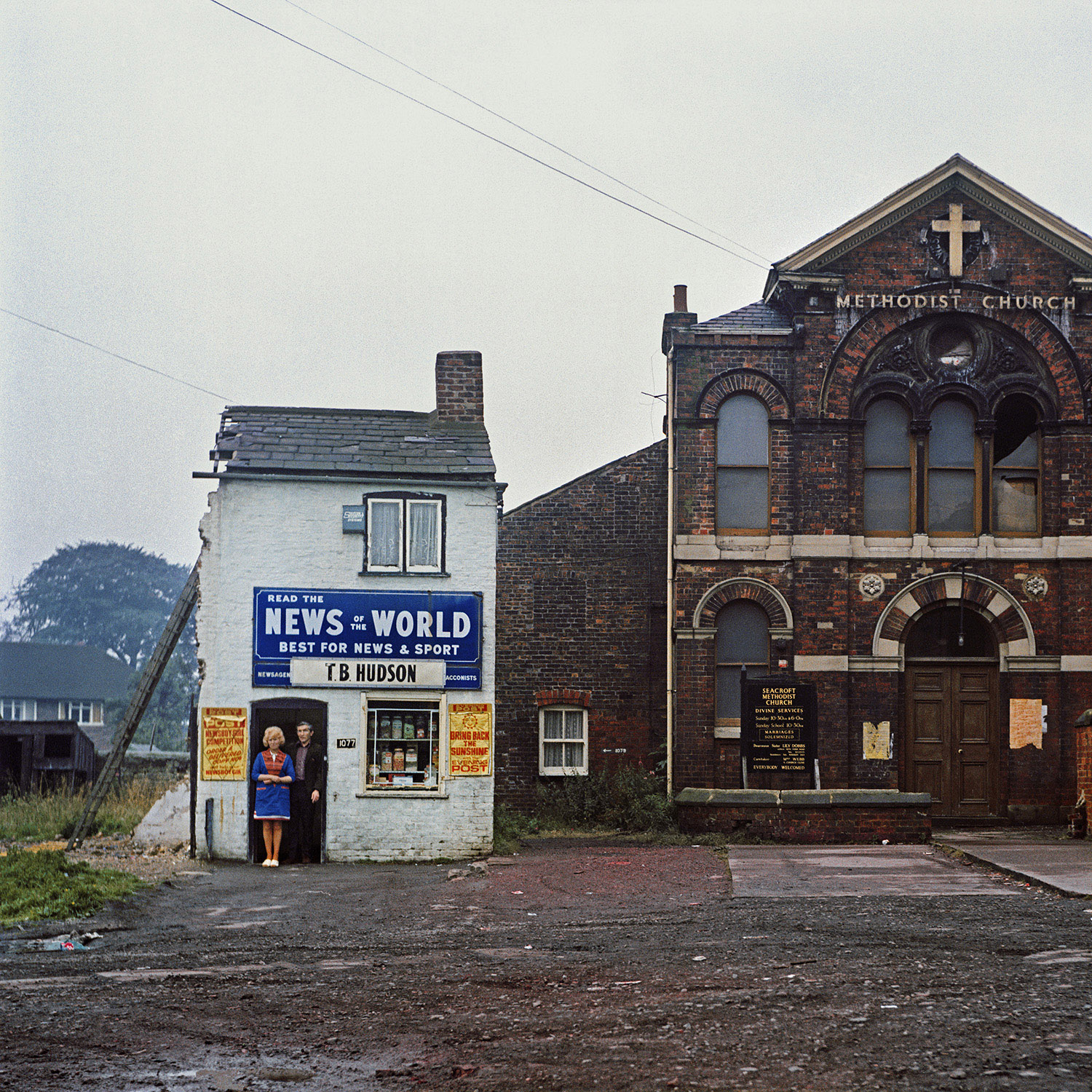 “Tom Wood’s series, Looking for Love’is a great example for being part of a community; the same with Roy Metha and his series on Harlesden, which you can read as a love letter to the multicultural community in London. There’s also John Myers’s very conceptual portraits he did in the 1970s in his West Midlands neighbourhood.”

Seeking to find a balance between the stories being told and the photographers being represented, Goertz uses the exhibitions as a way to expand the conversation and share new works. “No venue has the same show,” he says. “It’s always different, always new photographers.” 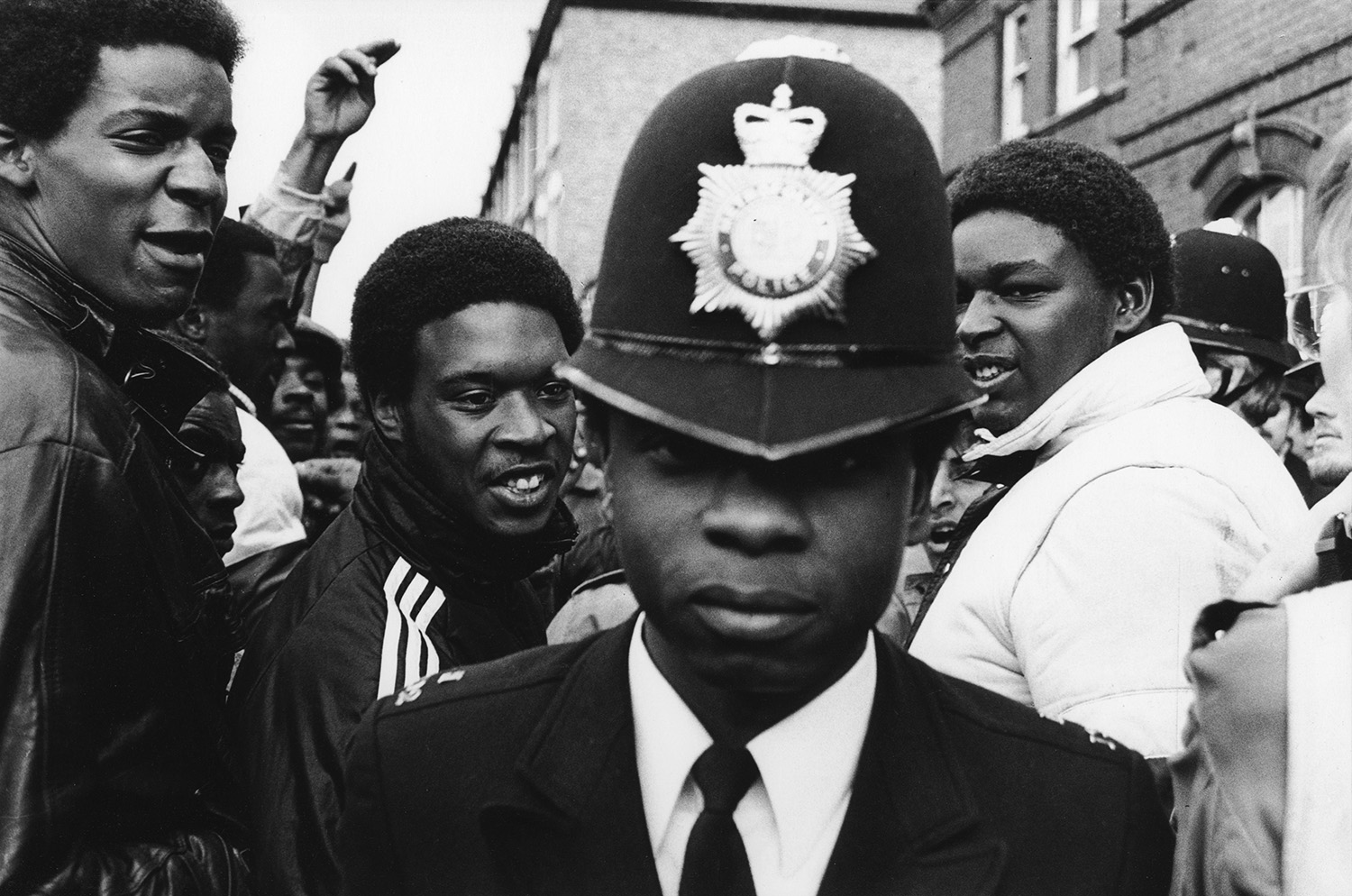 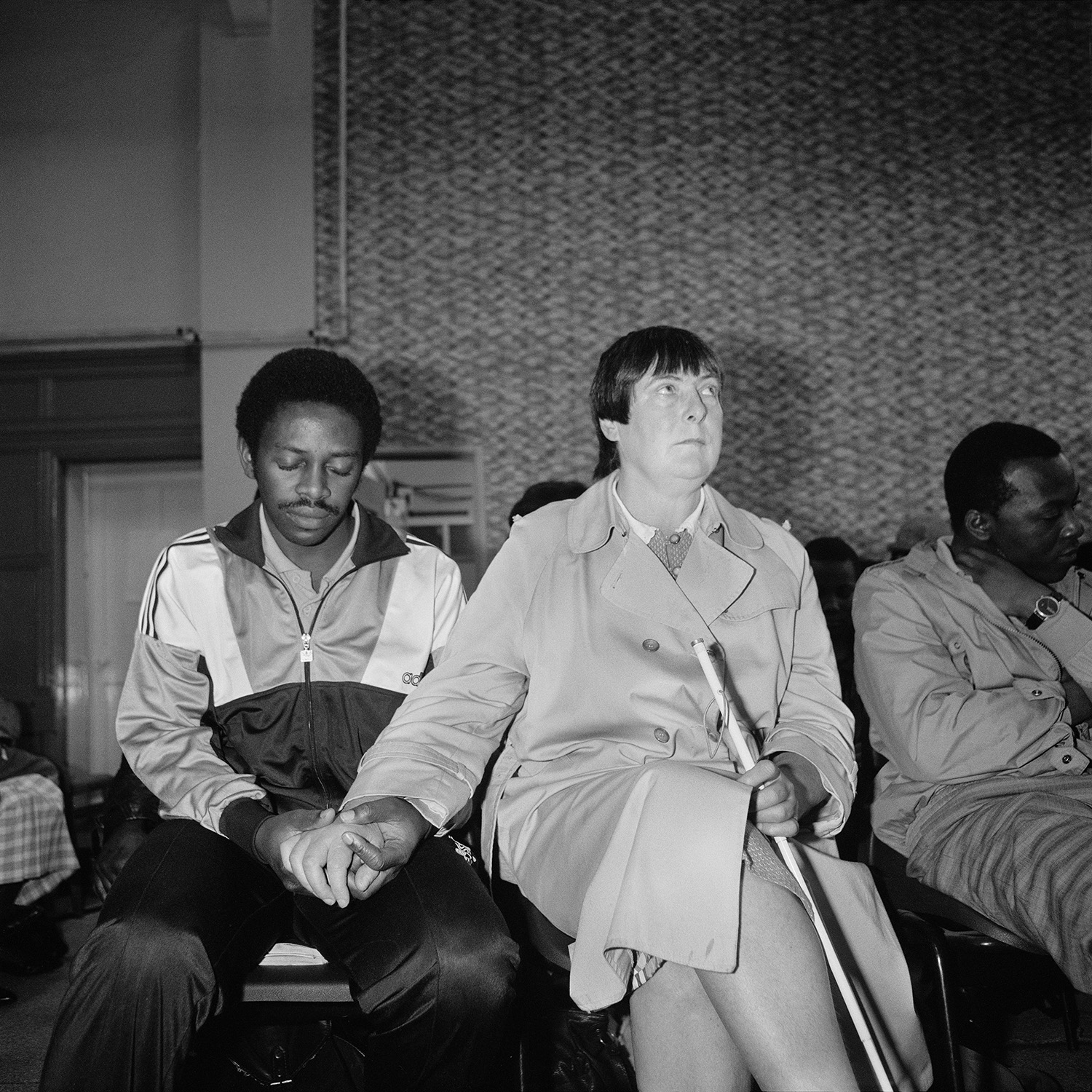 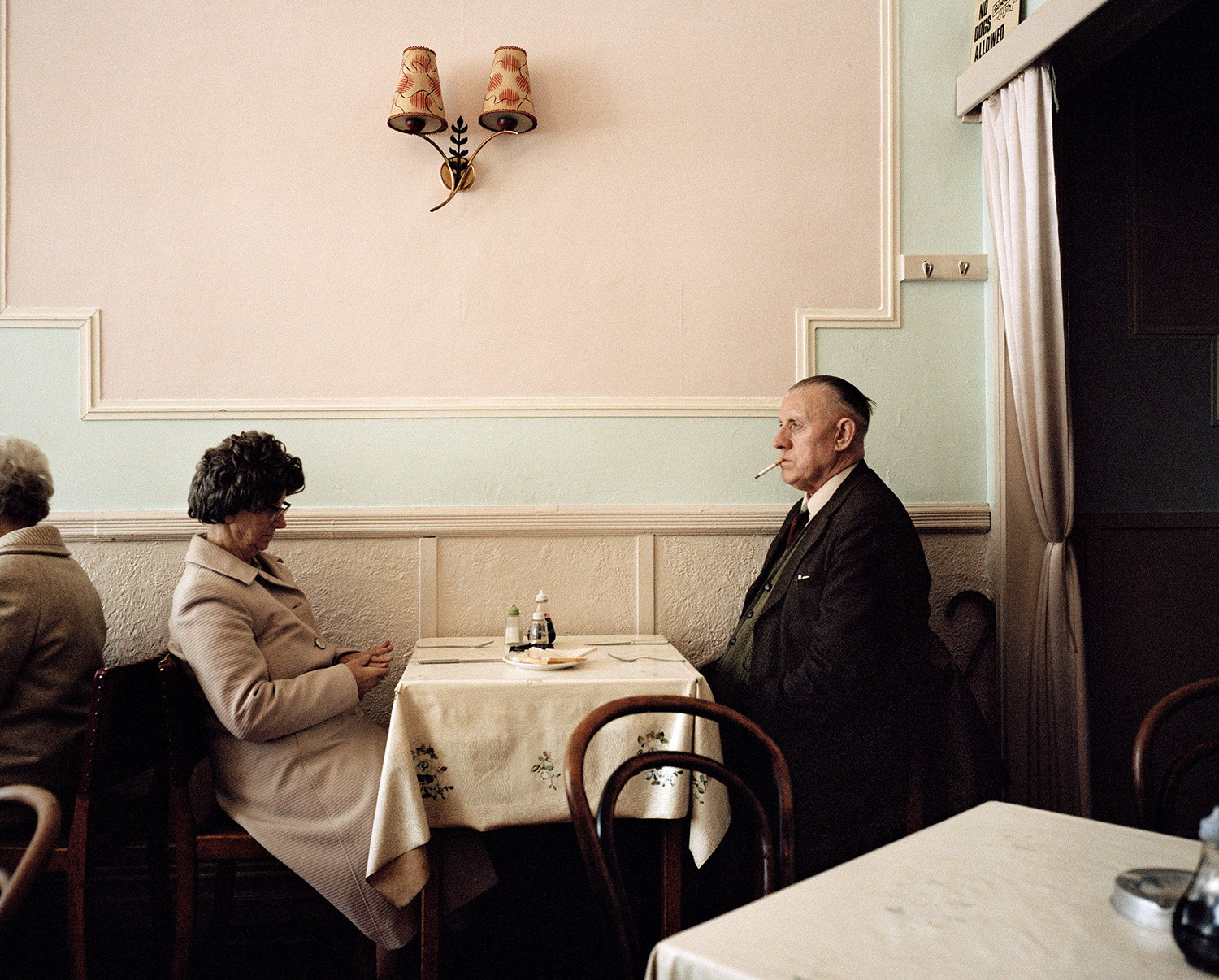 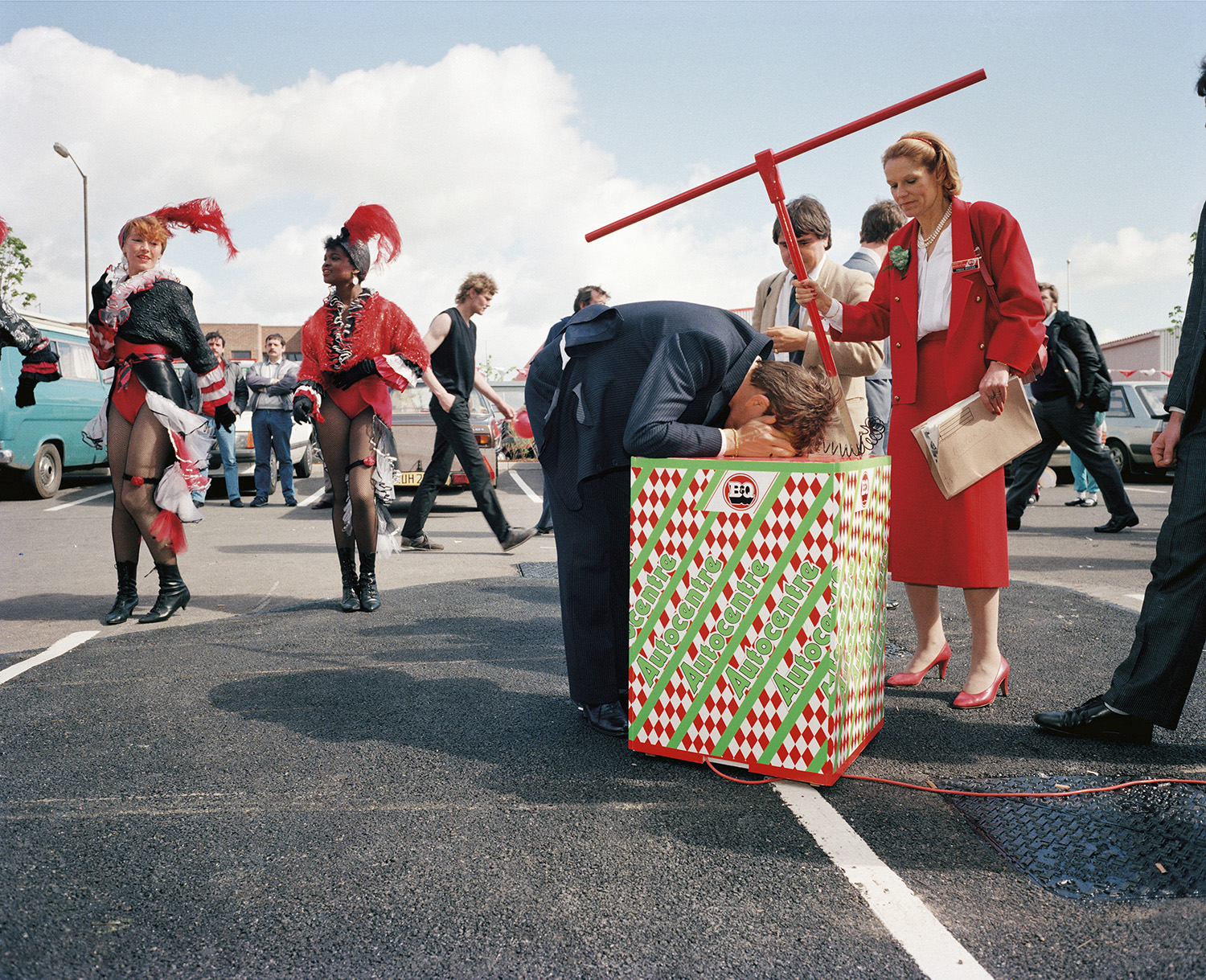 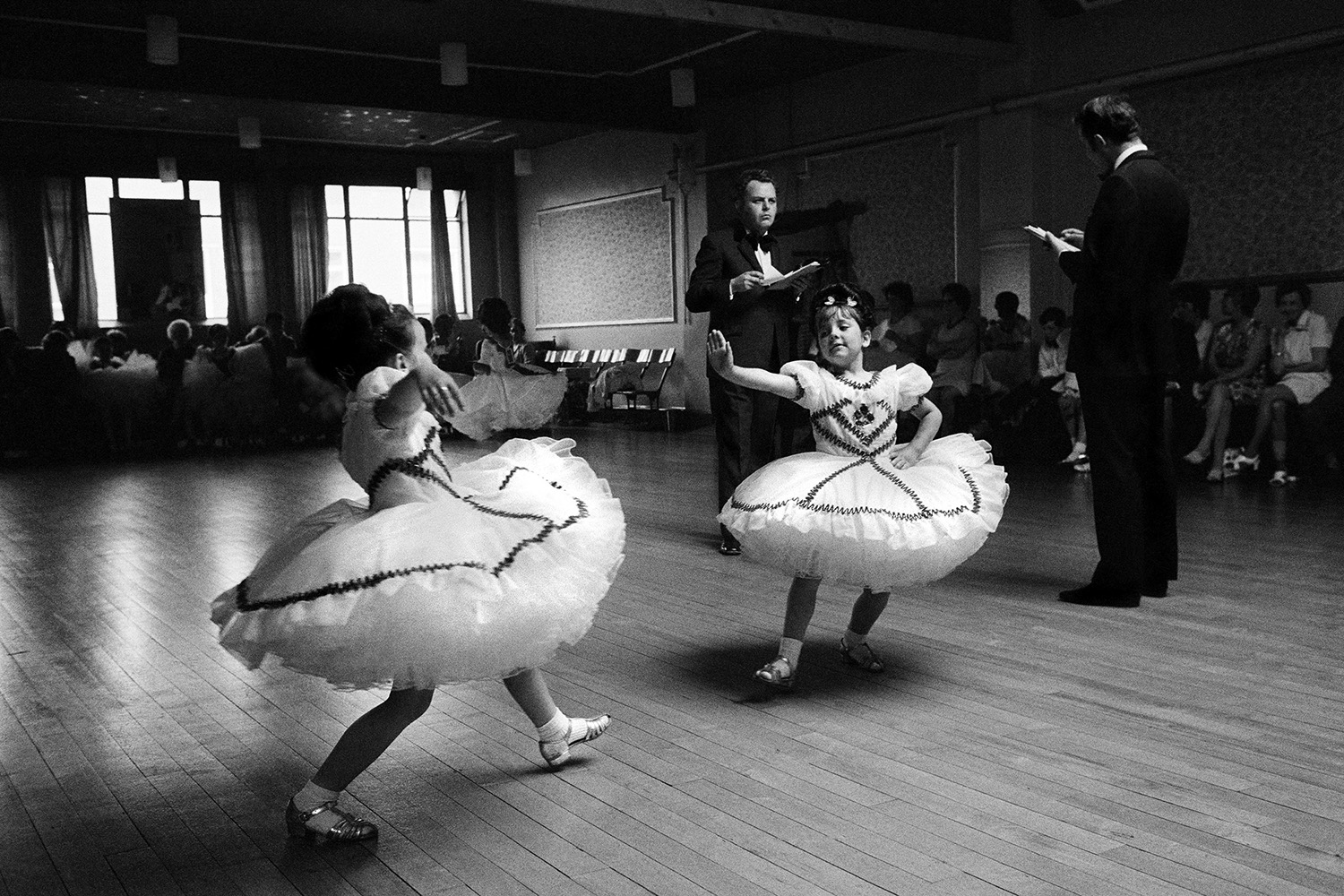 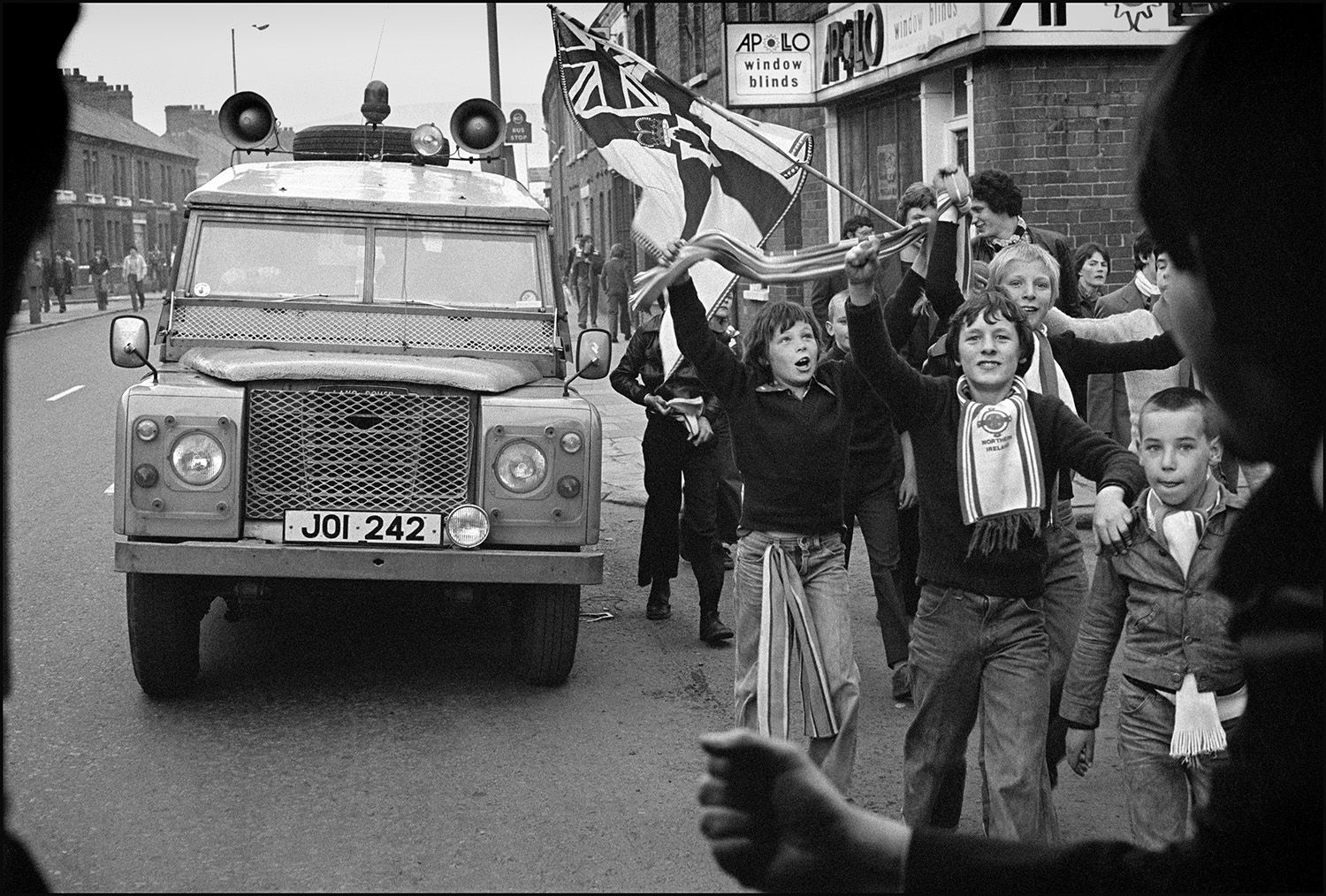 Facing Britain: British Documentary Photography Since the 1960s is on view at Mönchehaus Museum in Goslar, Germany, through May 1, 2022, and the Museum of Photography in Krakow, Poland, in 2022.

Linkedin
RELATED ARTICLES
OTHER ARTICLES
Yesterday thousands gathered outside Buckingham Palace after news of the Queen’s death broke.
Financial turmoil is pushing people who work in the sex industry into more dangerous and desperate situations as a means of survival.
The idea that a younger generation is abandoning work has become a popular narrative online, but it doesn’t necessarily reflect reality.
A group of young Palestinians have found temporary freedom in the act of parkour, reimagining wreckage and ruins as a series of high-octane playgrounds.
With skyrocketing rents, packed out viewings, bidding wars and more, renting in London has never been harder.
Rhiannon Adam spent three months capturing an ageing society wracked by division, isolation, and the aftermath of scandal.