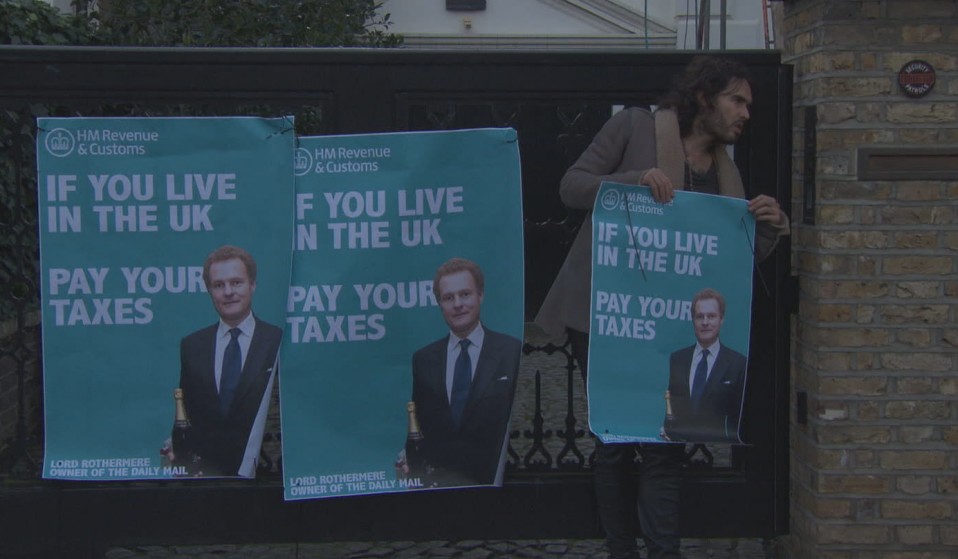 NYC's hipster clichés come in for a grilling, your Facebook account after you die, Russell Brand's awesome new documentary, and a whole load more.

NYC's hipster clichés come in for a grilling, your Facebook account after you die, Russell Brand's awesome new documentary, and a whole load more.

Another week’s passed and we’re back to around to Sunday, a day where you can chill and catch up on everything that the working week took away from you. Hopefully, you’ve been keeping up with the world and everything that’s gone down in the last week. If you haven’t, this is your chance to get up to speed with it all. Maybe, just to fill your head with some stuff that you didn’t know that you wanted to know. Who knows? Sit back, relax and take in the best pieces of work on the Huck site this week. You’ve earned it.

1. Is this the most controversial image of the Twenty-First century?

Did Giovanni Troilo deserve to have his award taken away from him for this image? It’s a big question facing photojournalism.

Every possible demographic of the NYC, hipster intelligentsia has the spotlight put on their hilarious ways in this brilliant parody series.

Oceana, or Oxyana, in West Virginia is being brought to its knees because of the town’s struggles with oxycontin. Watch filmmaker Sean Dunne explain just what’s going on in the town.

4. What goes on behind closed doors in Southern California?

Nobody knows except Ed Templeton, skater and contemporary artist who’s been documenting the area his whole life. He might have grown up in Huntington Beach, but now he’s focusing on the suburbs.

Lavender Brown is all grown up now and sharing her drawings with the world. What started as a series of pictures on twitter, grew into a diary of her life.

Is somebody going to turn your Facebook off after you pass away? If not, you could join the mass online graveyard that’s growing in social media.

7. Getting to the beating heart of vinyl culture

Coinciding with last week’s Record Store Day, we spoke to photographer Jordan Stephens about what makes his needle drop.

8. Black and white photography that casts London in a rarely seen light

Adama Jalloh’s photography is smashing through stereotypes and outdated concepts of her south London home.

9. The best documentaries about saving the planet

Love the planet? Love films of all description? Check out some of these documentaries and really get your eco-friendly vibe on.

Whether you love him or think he’s a bit of a berk, Russell Brand gets a reaction wherever he goes. He’s teamed up with Michael Winterbottom for The Emperor’s New Clothes which points an accusatory finger at the state of things today.

Linkedin
OTHER ARTICLES
A new series of photos by Johny Pitts shines a light on communities and subcultures that have all too often been overlooked.
Photographer Bud Glick recounts documenting everyday life in the area, and what it taught him about the Chinese immigrant experience.
Protestors gathered outside Downing Street following the latest atrocities committed by Israel against Palestinians living in the besieged strip.
In the latest instalment of Photographers in Conversation, the creator talks portraiture, platforms and taking inspiration from Little Simz.
A 28-year-old from Texas was forced to travel across state lines for an abortion that would save her life and end a pregnancy that her baby had no way of surviving.
Steel City is often overlooked when it comes to the country's cultural radar despite its role in shaping electronic music.